The coming season, the style set seems determined to borrow from the boys with neckties reigning supreme during the cruise shows. It is hardly the first time, however, that women have subverted the traditionally male accessory. Marlene Dietrich was a fiend at subverting sartorial gender stereotypes in the 1930s, while tastemakers like Brigitte Bardot, Patti Smith, and Princess Diana all followed suit in the decades to come. And who can forget the fabulously extra wide neckties sported by Diane Keaton in Annie Hall?

Related: Salacious or suitable: a tale of tailored controversy and women in suits 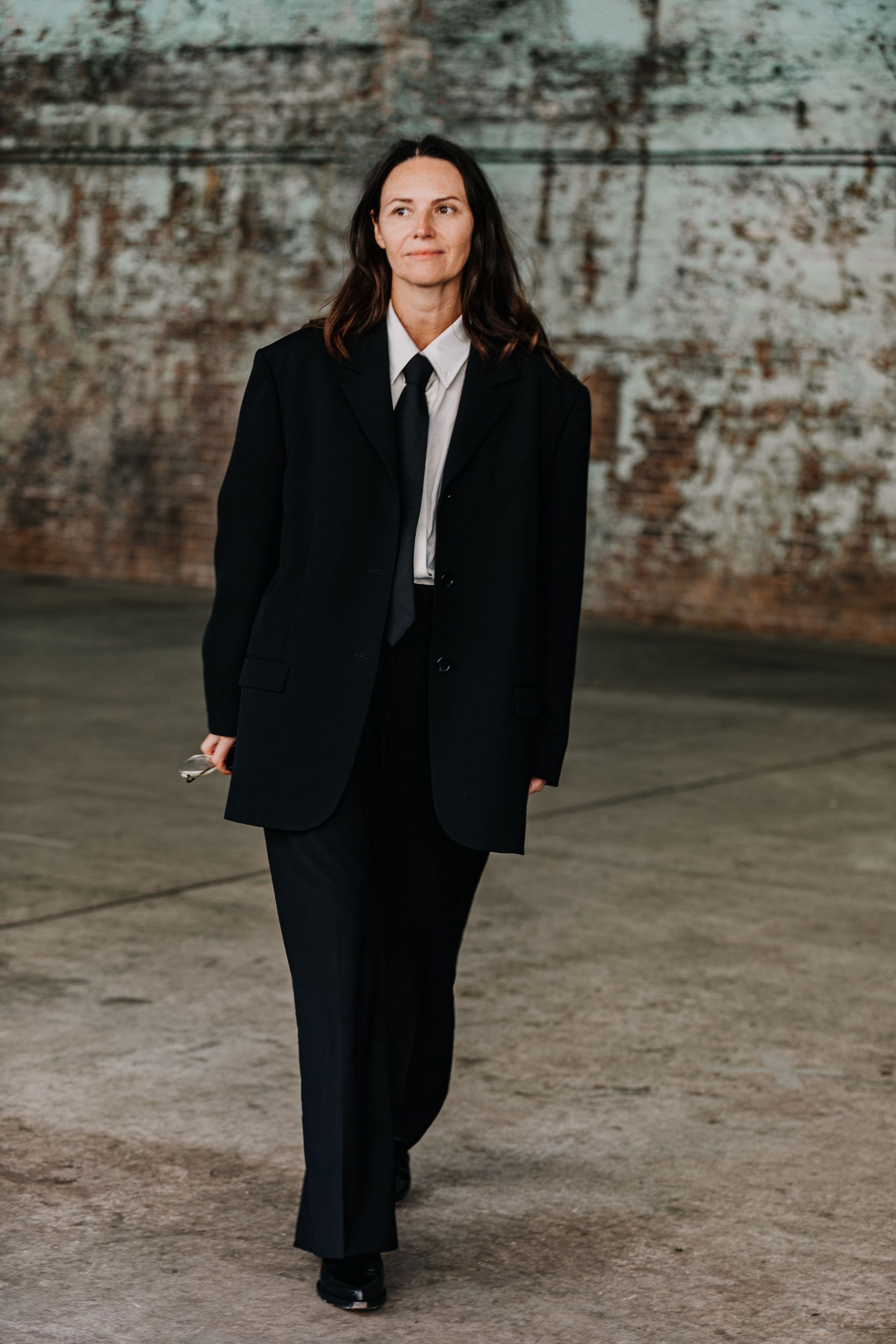 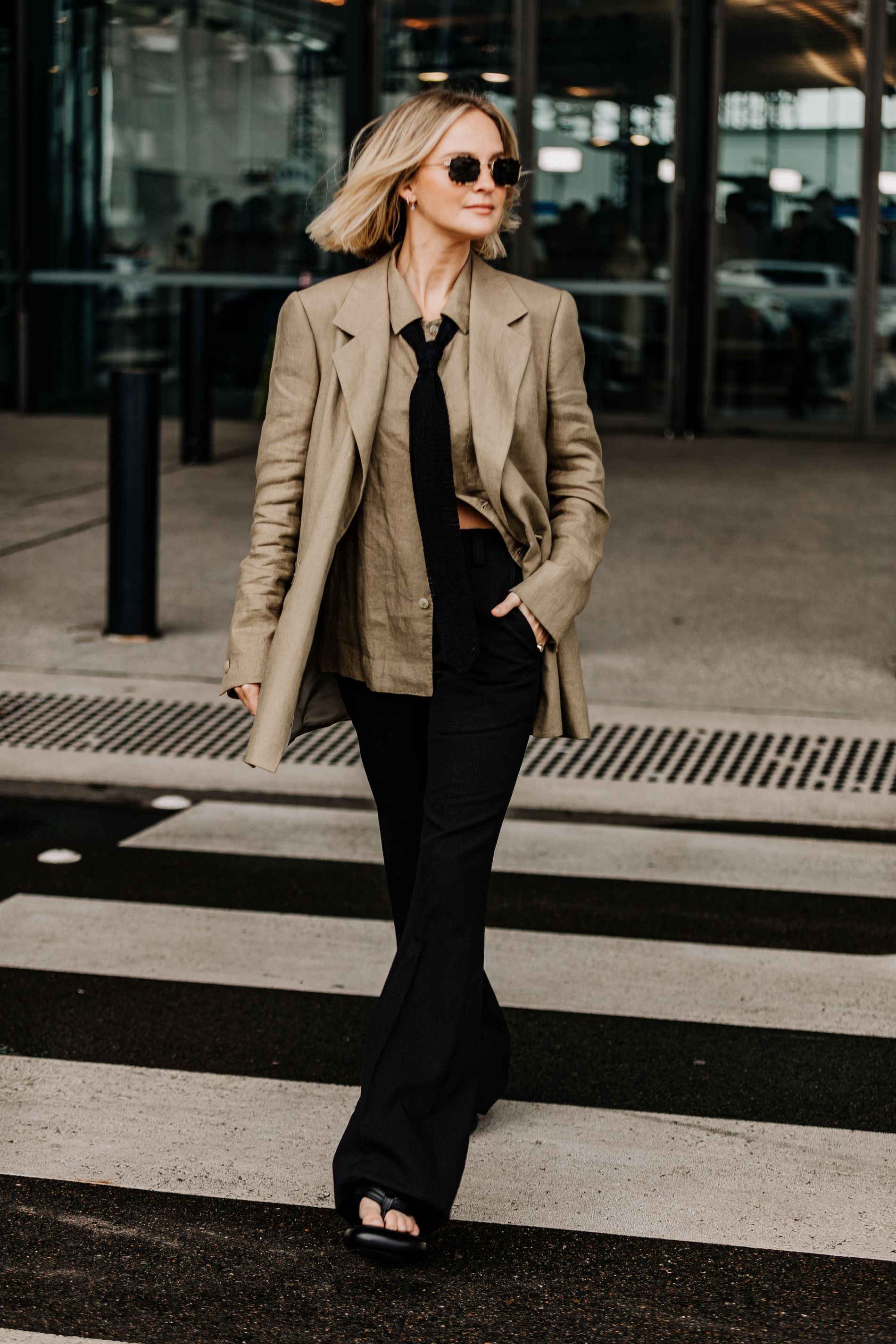 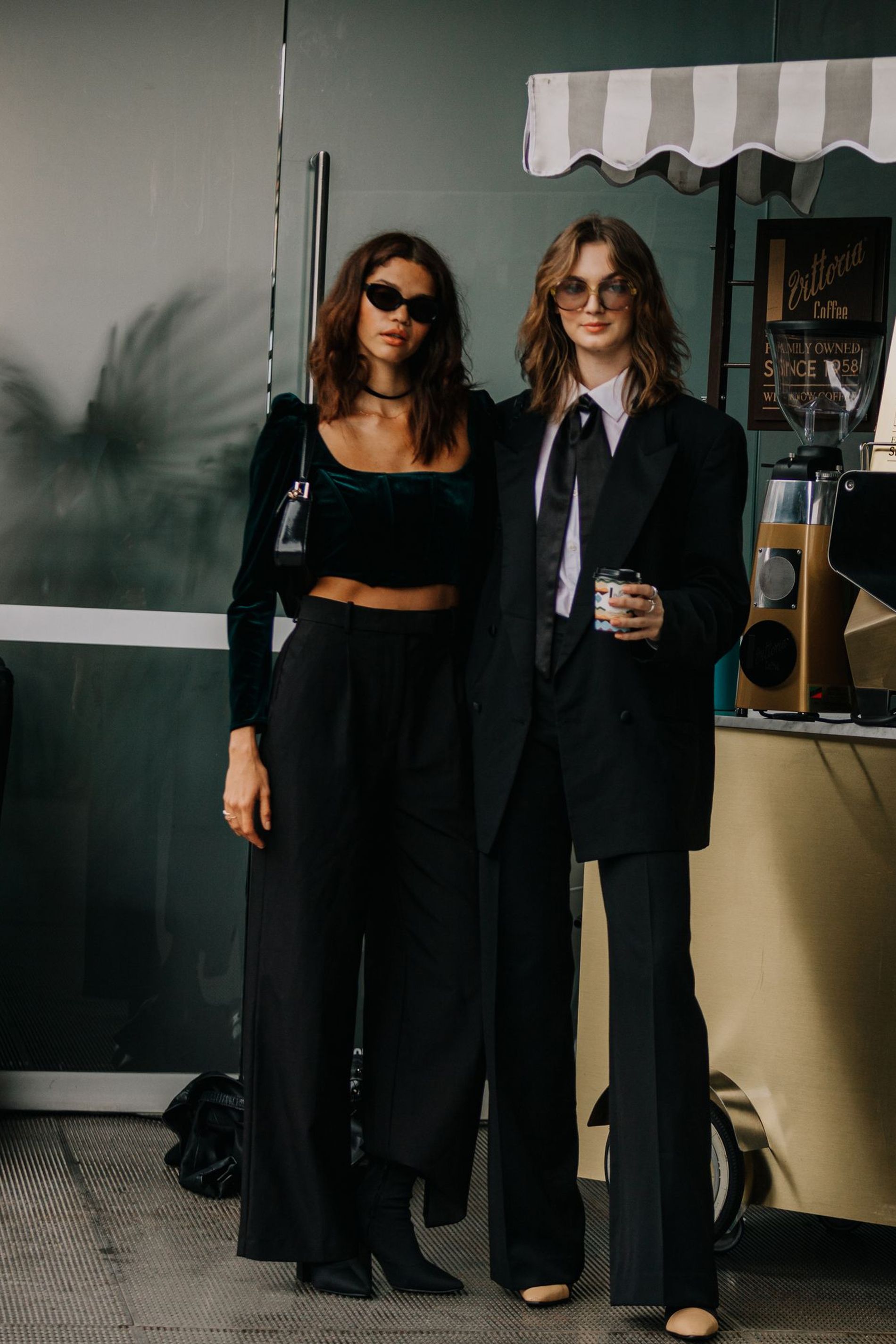 As for the modern interpretation of the accessory, we look to street style to source our inspiration. There are many ways to wear the necktie. One option is oversized tailoring, with slouched shoulder seams, wide cut blazers and loose-fit trousers to fully lean into the illusion of rummaging through the men's section. Or why not choose something more fitted, with sharp angles and fit-and-flare bottoms to embrace a sleeker silhouette? Even the mode of fastening adds to the way it looks, whether casually knotted or superbly tied.

The single most important take-away from the street style way of wearing the tie, however, is to pair it with carefree accessories. A padded sandal, relaxed loafer, or casual sunglasses instantly counters any dressy connotations. 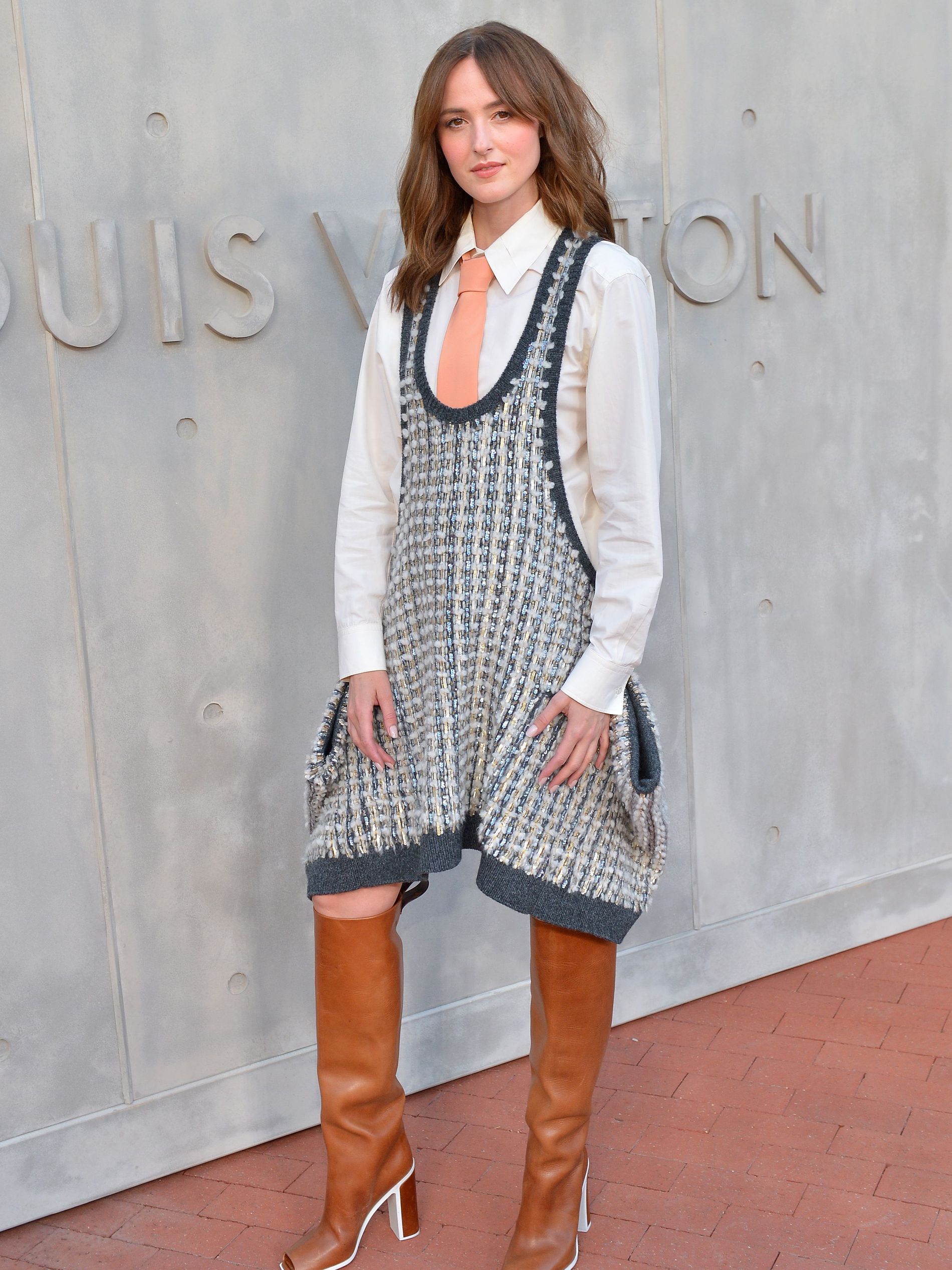 Last popularised by celebrities in the early aughts, with the accessory worn both around the neck and hip, the time around the necktie returns in a grown-up, elevated rendition. The accessory was a favourite during the Louis Vuitton cruise show. Chloë Grace Moretz sported a steely grey iteration with a floral shirt and white high waisted trousers, while Norway's very own Renate Reinsve proved that the necktie isn't exclusive to suits, pairing her salmon pink tie with a pinafore dress and knee high boots. Both looks were plucked from the brand's autumn/winter 2022 collection, in which the necktie stole the spotlight.

Related: Get inspired by the Scandi front row at this season's cruise shows Louis Vuitton's autumn/winter 2022 collection was an ode to youth. Referencing photographer David Simms and his shake up of the status quo in the 1990s, Nicholas Ghesquière evoked the idea of a teenage girl co-opting clothes from her boyfriend's closet. The models wore evening dresses topped with sporty rugby shirts or chunky sweaters wrapped around waists. Not to mention those singular neckties, which with no doubt will cause a shortage in our favourite charity shops.

But Louis Vuitton wasn't the only major brand showing neckties in their womenswear. At Ralph Lauren, the necktie was stripped back to severe black and white. Austere in its expression, the brand's long heritage of upscale American minimalism permeated every aspect of the styling. At Rokh, on the other hand, the keyword was preppy sportswear with models sporting tone-in-tone shirts and neckties with checkered rowing blazers, cinched waists and basketball caps.

For those who come up short when rummaging through their partners' wardrobes, below we've gathered the best designer ties to buy now:

The best neckties to buy now... 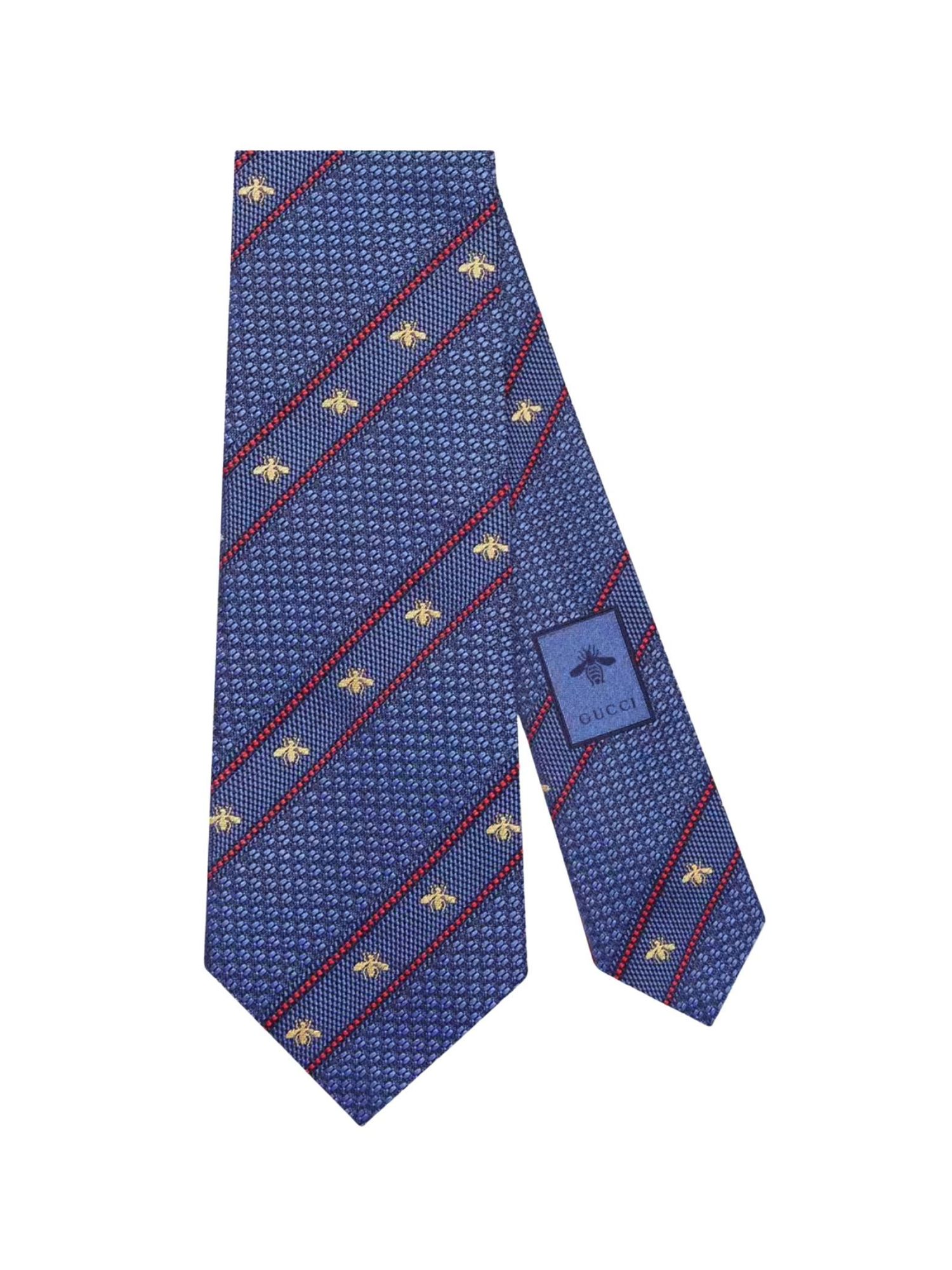