While good food is high on the agenda wherever you are in the region, a Scandinavian road trip is the perfect excuse to feast on a range of mouthwatering views whilst also sampling some delicious Nordic cuisine from a host of different places.

Here, we round up some of the best food trips across the region. All you have to do is pack your bag.

Take an oyster safari in Mors

If you enjoy the fresh taste of seafood and quiet island retreats, Mors is the place for you. With fishing boats gently bobbing in the harbour against a backdrop of brightly-coloured buildings and rolling hills, the area comes with picture postcard perfect vistas. And for food lovers, there's a major bonus: those fishing boats are regularly brimming with buckets of Limfjord oysters upon their return.

The Limfjord oyster is one of the most sought-after shellfish in the world. The only edible wild oyster, these delicious delicacies have a unique consistency and character courtesy of the cooler temperatures and the salt and mineral balance of Limfjorden waters.

Related: 7 ways to travel more sustainably in Scandinavia this summer

For the ultimate adventure, roll up your sleeves and join an oyster safari. The Danish Shellfish Centre runs guided tours and will teach you how to pick and prepare your very own Limfjord oyster. And if you'd rather leave it to the experts, there are naturally plenty of places to sample the specialty on shore, with Cafe Holmen one of the best.

Satisfy your cod craving on the Lofoten Islands

The extraordinarily beautiful Lofoten Islands sit right above the Arctic Circle and are one of the most scenic archipelagos in the north. And the area's vast watery surroundings mean it's also heralded as a haven for seafood.

Lofoten is most famous for its copious (and delicious) offering of cod, otherwise known as skrei. Every winter, migrating Atlantic skrei come to Lofoten to spawn. Once they’ve been caught, the skrei is either eaten fresh in the colder months or preserved for the summer by being hung outside to dry in the island air.

Related: The 7 best sailing spots for making the most of Lofoten's extraordinary beauty

This dried cod is salty and mouth-watering and often served in multiple ways. Depending on your preference, you can enjoy skrei in a fish soup, with caviar, or in a Norwegian bacalao. We recommend Tangeriet and Restaurant Karoline for enjoying such dishes in Lofoten itself. Whatever form it takes, the acute taste of skrei makes it an unforgettable delicacy - you’ll still be thinking about it the following day, on horseback, in a canoe or mid-hike.

Discover the beauty of lava bread in Laugarvatn

With a population of 250, Laugarvatn is a calm, idyllic place to soak up Iceland’s copious charm. Start your visit with a wilderness walk and as lunchtime rolls around take a trip to Laugarvatn Fontana to treat your tastebuds to some sumptuous local cuisine.

There are many dishes unique to Iceland but one that never fails to wow is hverabrauð. Hverabrauð is an Icelandic rye bread. Its texture is dense like the traditional Danish rye but rather unusually it leaves a sweet aftertaste and is gentle on the palate. But what makes hverabrauð truly special is the baking process. Because Iceland has often lacked wood to fire ovens, the loaves are steamed in casks buried under the ground near hot springs, where they cook for approximately 12 to 24 hours. Laugarvatn Fontana produces hverabrauð every day and encourages their guests to join them as they dig up the geothermally cooked rye bread and eat it with Icelandic butter and smoked trout. It's an unmissable foodie experience.

Gorge on lingonberries in Uppsala

Located about an hour away from Stockholm, Uppsala is a great place to visit on a road trip. It’s unequivocally vibrant in colour and in atmosphere and every street you stroll down is laced with history. When you’ve whizzed around the city on a whirlwind tour to admire the 16th century royal castle to the 13th century twin-tower cathedral - two historically significant and stunning landmarks - there are countless eateries to refuel at, with most menus featuring a key ingredient: the quintessentially Swedish lingonberry.

Related: A guide to Scandinavian superberries

The Swedish lingonberry grows in the wild in woodlands and moorlands. Once they have ripened, they are plucked from the bush in August and September before being flung into a plethora of dishes. Lingonberries are famously used in jams, but in Upsalla’s Domtrappkällaren, lingonberries are celebrated and served in a myriad of ways: sprinkled on top of fried pork, blended with bacon in a raggmunk (potato pancake), and creamily infused into ice cream. 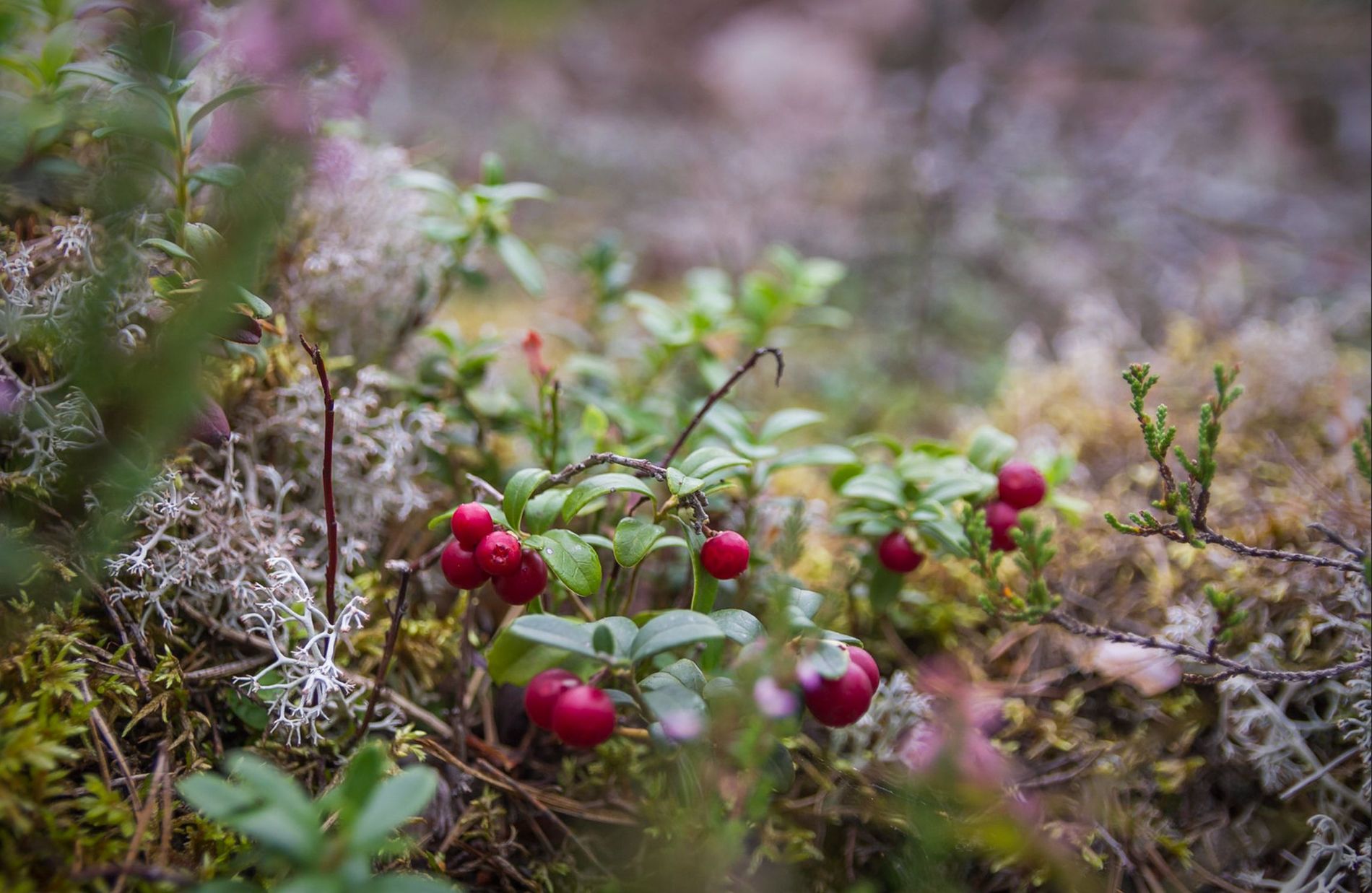 A trip to Copenhagen often includes a slow meander through the sepia-toned canals of Nyhavn before an evening dinner at Noma, but to really experience the Danish capital like a local, visit the city with bakery-hopping in mind.

Related: 6 of the hippest bakeries in Copenhagen

One thing the capital does exceptionally well is pastries. Especially the famous cinnamon roll otherwise known as a kanelsnegle. As one of the most cherished delicacies in Denmark, this treat consists of a buttery, flakey dough rolled and twisted with an abundant sprinkling of cinnamon and sugar. Many bakeries across Copenhagen have been perfecting their recipe for decades and Skt Peders Bageri is no exception. For a taste of the traditional roll as well their infamous Onsdag Snegle (Wednesday snail), this is a beloved pit-stop for visitors and locals alike. For cardamom lovers, take the water bus across the city to Lille Bakery for another very special pastry - you won’t be disappointed.

With streets winding up to the foot of Mount Fløyen and colourful wooden buildings along the quay, Bergen is an idyllic coastal city that vibrates with a palpable zeitgeisty pulse. No wonder it's home to musicians, students and families alike. The city has a calm ambiance that one might describe as typically Norwegian, something that may well be helped by the generous, deeply satisfying offerings of cheese in the city. Specifically, there's Brunost, a cheese that is famously the key to a Norwegian’s heart.

Related: 4 hidden gems in Bergen that you need to have on your radar

Recognisable through its signature caramel hue, Brunost is a firm brown cheese traditionally made using goats' milk and sometimes that of cows. The recipe uses additional whey and cream which adds to its soft and subtle flavours and with a sweet and tangy aftertaste the cheese melts in your mouth. On a trip to Bergen, pick up a block (or two) at Fetevaren or any local supermarket. It's almost impossible to source Brunost outside of Norway so you’ll inevitably want to take some home. While you’re there, enjoy spoonfuls of Enhjorningen's famous Brunost ice cream too.

Indulge in some chaga mushrooms in Lapland

Lapland is a wintery region known for its snowy terrains and light phenomena. In the summer, the sun never sets, and from autumn, winter to spring, the Northern Lights colour the sky. This arctic region is also considered Scandinavia's last great wilderness, and with its vast scattering of forests and lakes, it’s the perfect destination for nature seekers.

As if that wasn't enough to put it on your travel bucket list, it's also home to a special delicacy. After a scenic canoe ride along a river to spot galloping reindeers amid the trees, or a snowy sleigh ride with a cup of cocoa, this is the perfect chance to try the infamous chaga mushroom.

Related: 'Mushrooms of immortality': Why chewing on chaga could shake up your whole health routine

With a high tolerance to low temperatures, chaga mushrooms are commonly harvested in Lapland. The edible fungi, also known as the 'King of the Forest', are non-poisonous tree mushrooms that are reknowned for their medicinal powers as well as their delicious, musky taste. Depending on where you stay in the region, mushroom picking is usually an option. In Eastern Lapland, Hotel Punkaharju offers guided mushroom-picking tours, or for a quiet evening meal, you can book a table at boutique hotel Aurora Estate where co-founders Sirly Ylläsjärvi and Heidi Seikkula cook in tandem using seasonal ingredients. If you ask nicely, you’ll find a chaga mushroom on your plate. 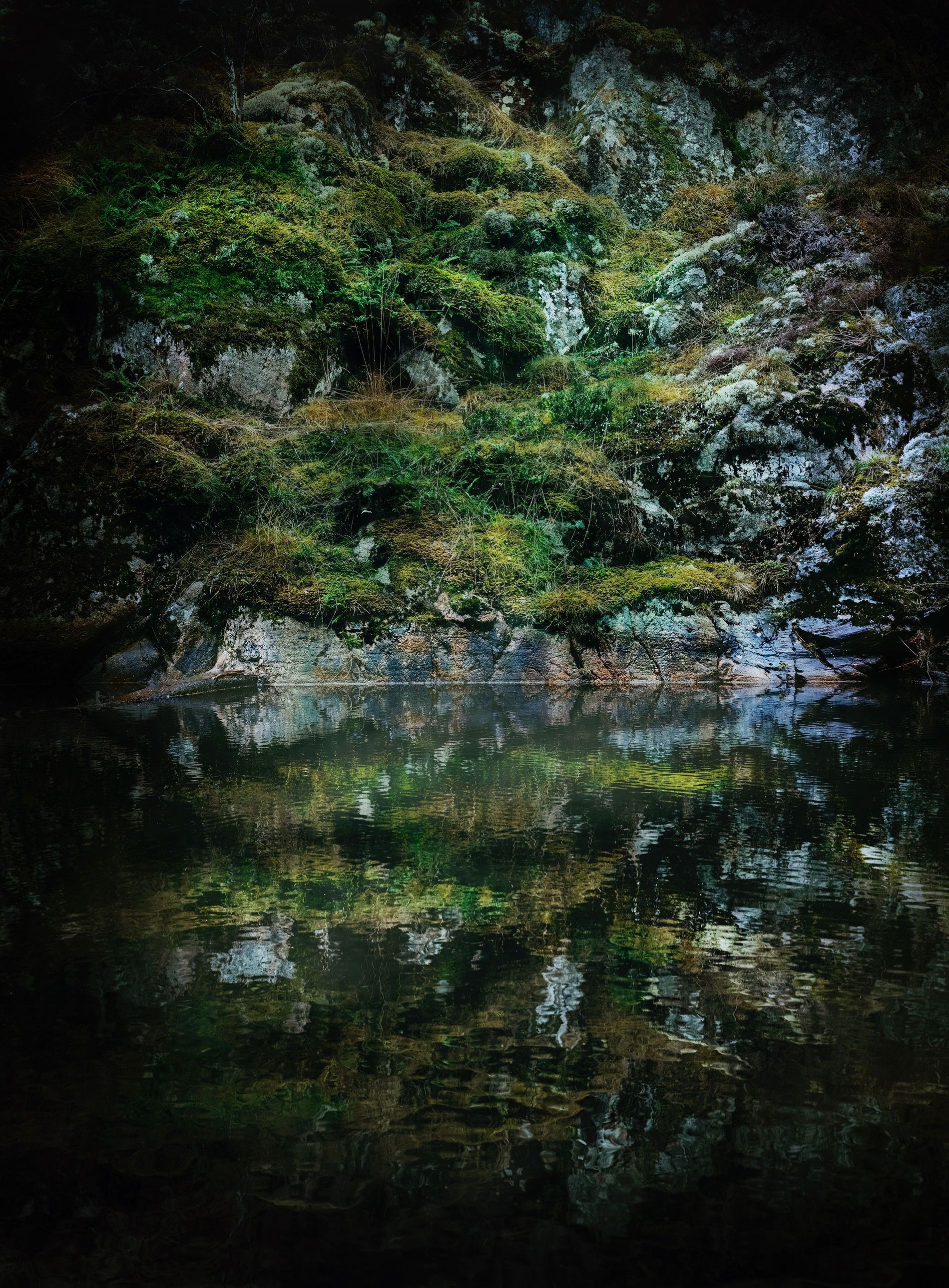