Take a tour of Copenhagen as we pinpoint each of the landmark locations forming the backdrop to our latest digital cover star, Lily Collins

If you've indulged in our latest digital cover story, you'll know the editorial is just as much a celebration of Collins' insatiable love affair with the Scandinavian region as it is an homage to the inimitable beauty of Copenhagen.

While Vogue Scandinavia remains your trusty source of comprehensive, insider guides to the Danish capital, nothing quite compares to stepping foot in the same places as your favourite buzzy A-lister. So, satisfy your curiosity and design your next day out in Copenhagen around the five stunning locations that Collins visited for our one-of-a-kind shoot - wearing your best Ganni dress with a Great Dane in tow, obviously. 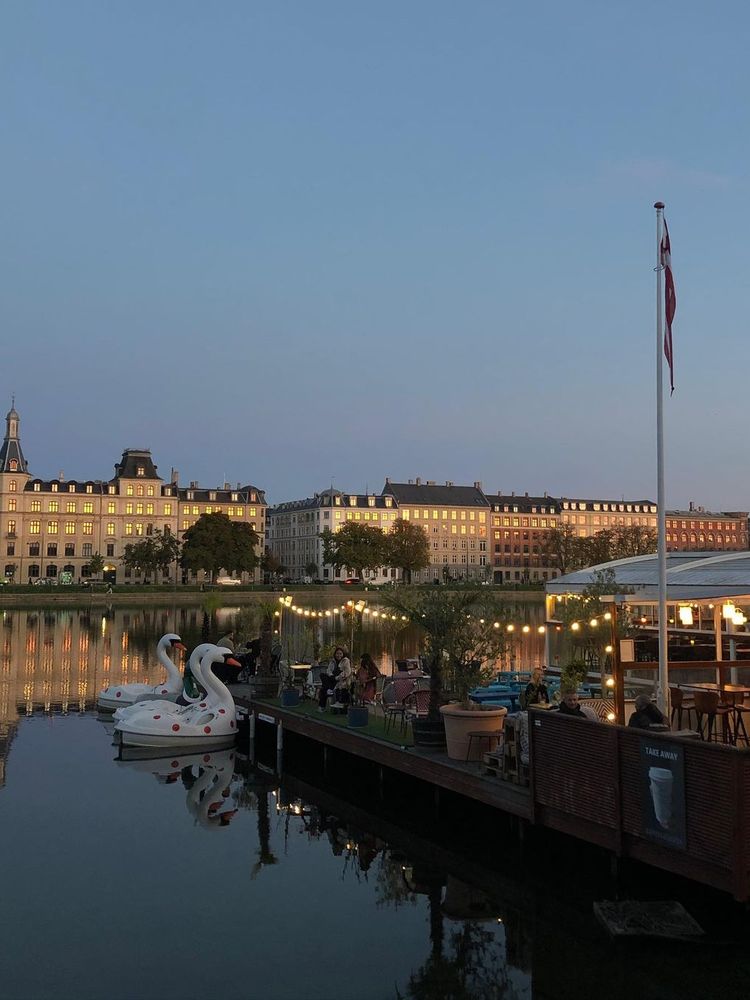 Just 10 minutes walk from the Metro and Nørreport station, Kaffesalonen is an oasis in the middle of the city with a spellbinding view of The Lakes. The coffee shop reliably serves brunch, lunch and dinner to guests – as it has done since 1933 – and in the summer, the deck comes to life with a bar and barbecue. After enjoying a smørrebrød while gently rocking on the Peblinge Dosseringen Lake, take your cues from Collins and jump atop one of the giant rental swans. 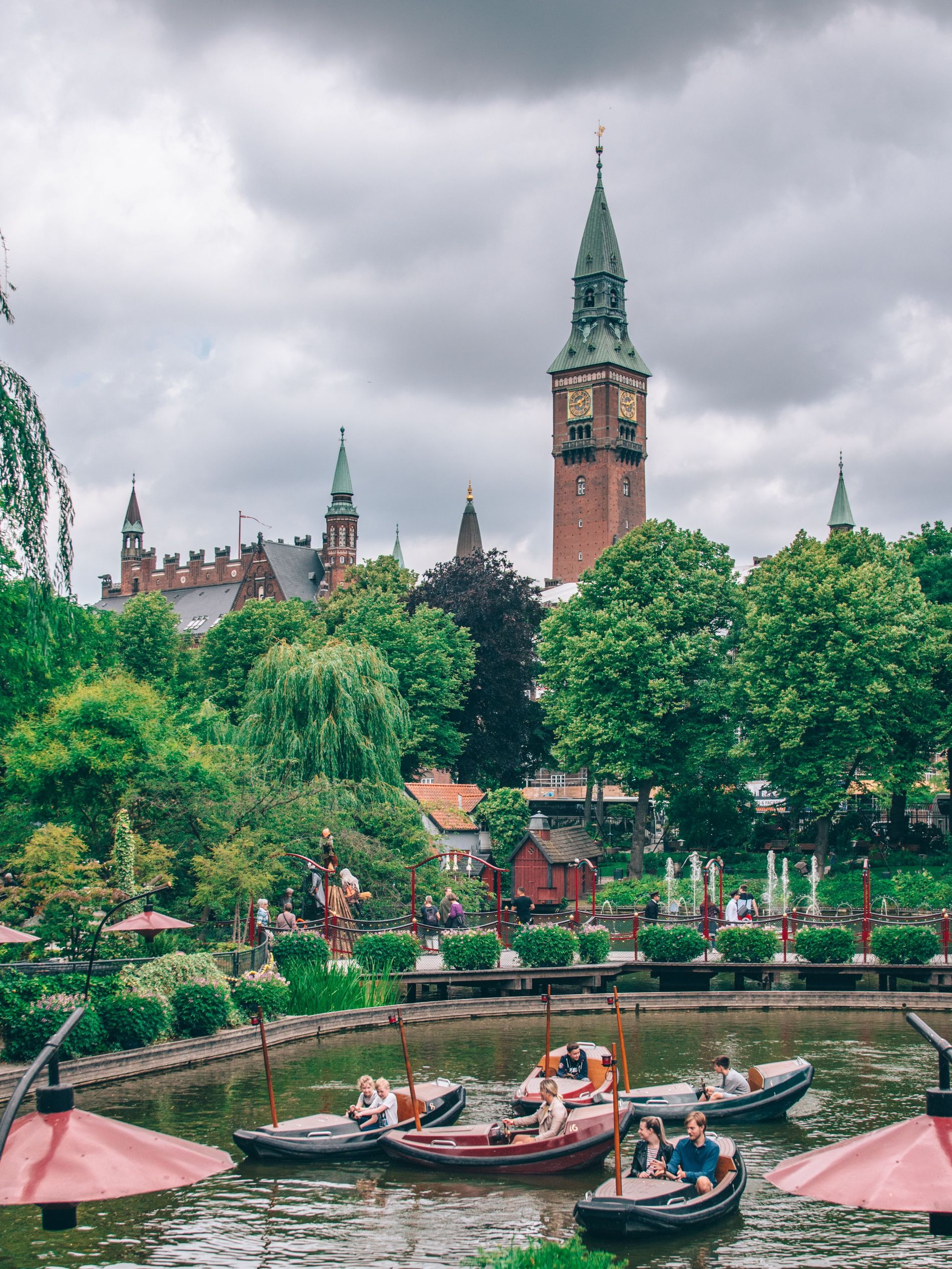 The third oldest operating amusement park in the work, Copenhagen's Tivoli Gardens has been a destination for Danes seeking a wholesome good time since 1843. A source of inspiration for Hans Christian Andersen and Walt Disney no less, the picturesque venue hosts rides and attractions based around legendary Scandinavian literature, as well as a roster of concerts, events and live music. Thrill seekers should make a bee line for The Swing Carousel, as pictured behind Collins. 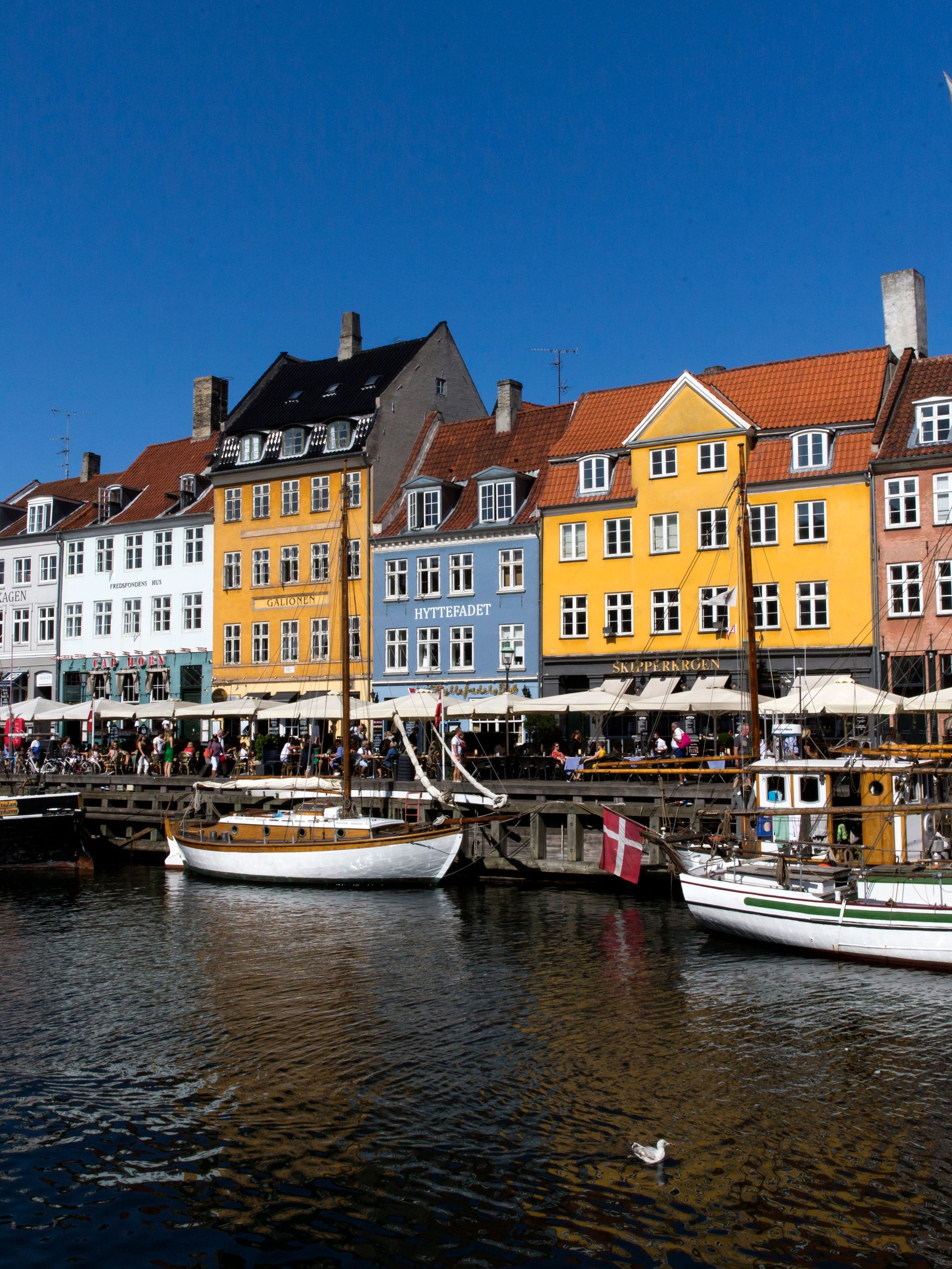 Nyhavn may be one of Copenhagen's most iconic sights, but let this be your reminder to not the dismiss the location as a tourist trap. Colourfully captivating, the former commercial port has a wonderful atmosphere all year round thanks to its surrounding restaurants and pavement cafes. Immerse yourself in the maritime history by taking one of the many canal tours that depart from its docks, or visit Hans Christian Andersen's former residential addresses at the homes numbered 18 and 67.

Related: "Lily Collins has shown so much love to Scandinavia, it is our turn to celebrate her as our digital cover star": Letter from the editor 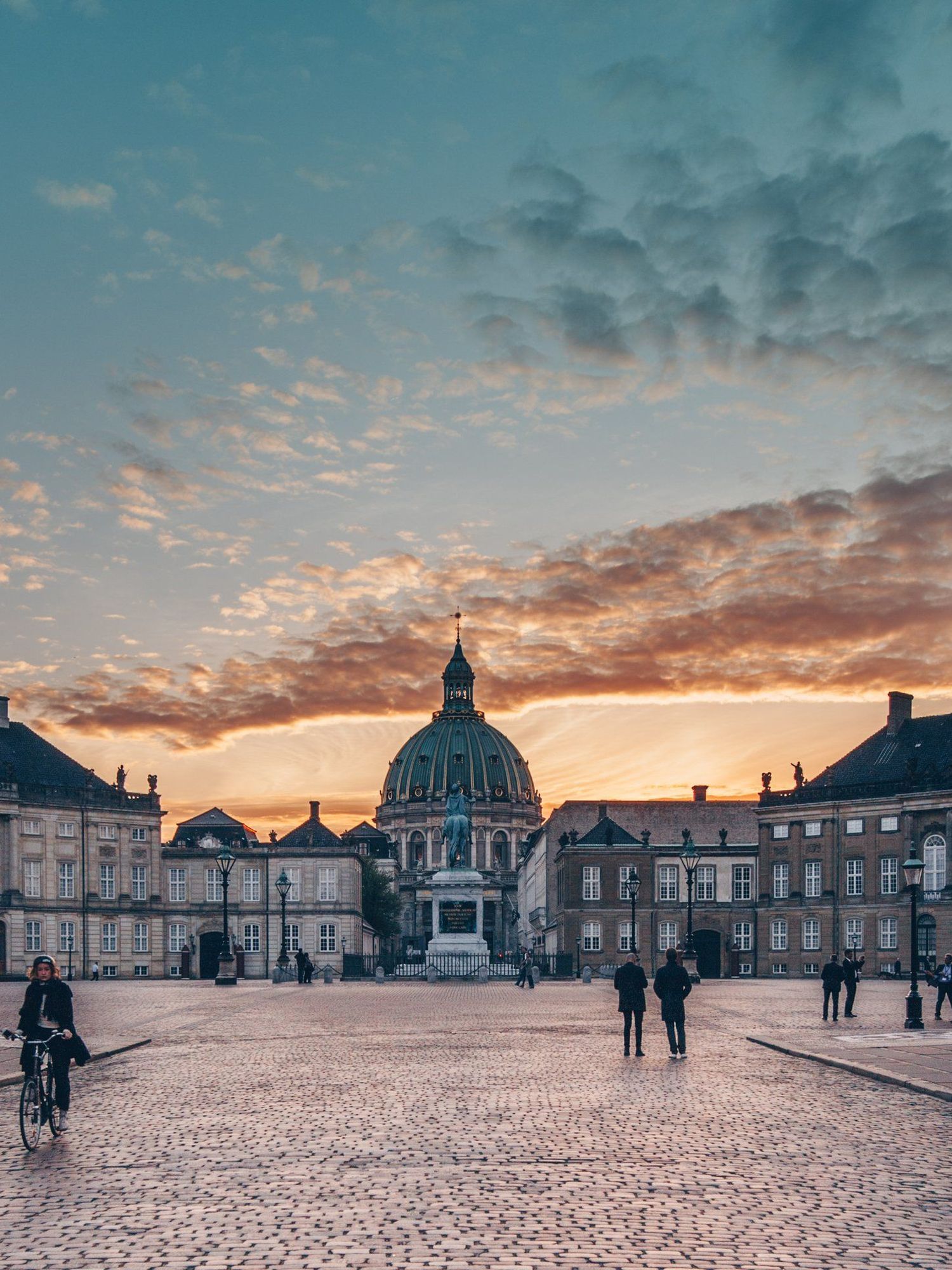 If you can tear your eyes away from Collins in a fiery two-piece by Danish label Rotate Birger Christensen, you'll see the majestic wings of Amalienborg Palace and statue of King Frederick V in the background. The palace remains the home of Denmark's royal family – one of the world's oldest monarchies – and the attached museum offers access to private interiors of its past kings and queens. Time your visit to see the changing of the famous Royal Guard, called Den Kongelige Livgarde, which occurs at midday each day and was captured in our cover shoot. 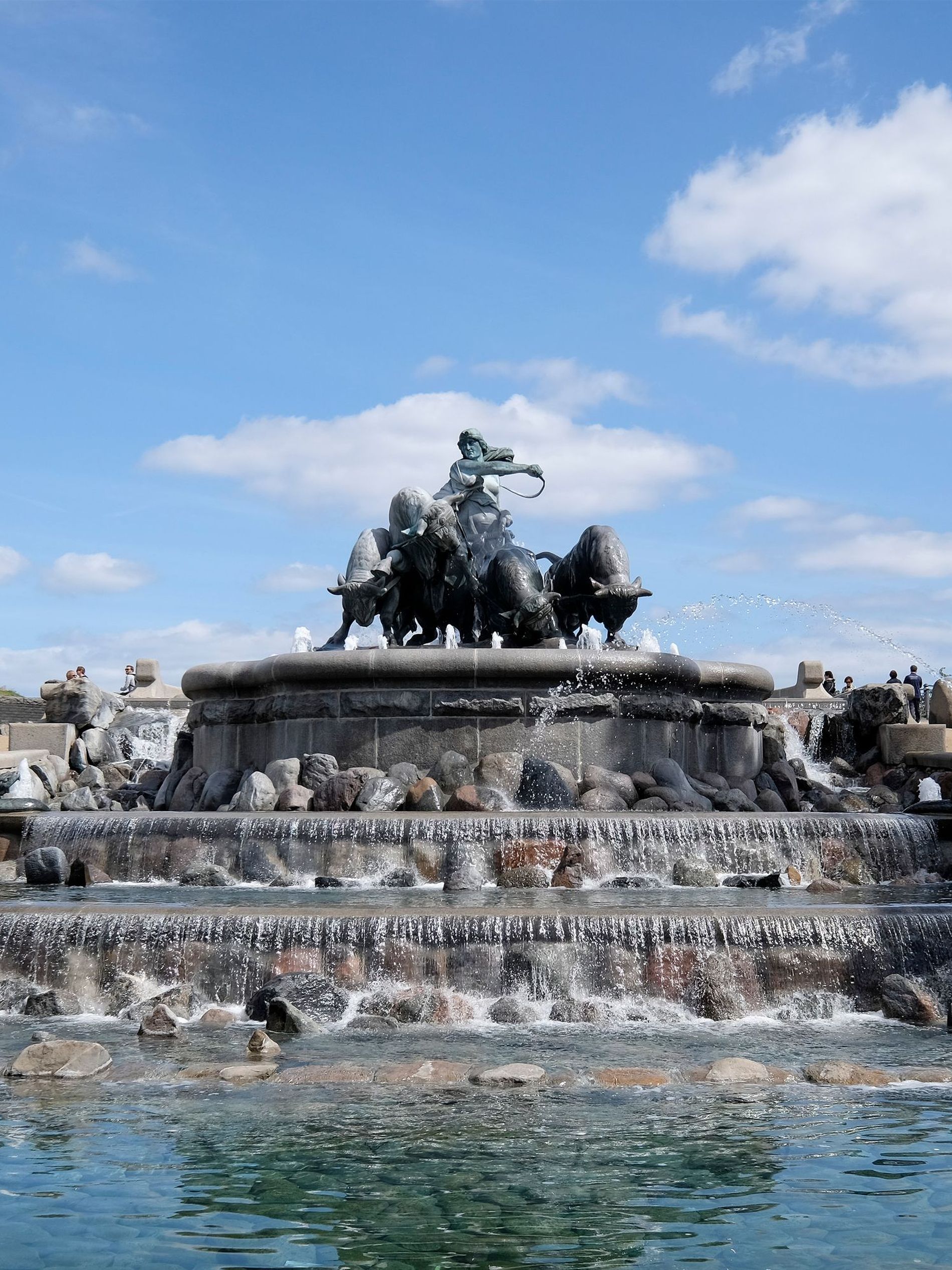 Head to the Østerbro waterfront in Langelinie Park and you'll find the Gefion Fountain, one of the largest monuments in the city. The statue at its centre represents the pagan goddess Gefion (or Gefjun) who, according to legend, turned her suns into bulls to plough and secure the land that is now the main island of Denmark. Laze, like Collins, along the brim of the fountain to admire the details and craftsmanship – the structure took more than 10 years to complete – before tossing in a coin to make a wish.