From Forties pinup girls to Billie Eilish's internet-breaking Vogue shoot, the slingback has grown into a wardrobe staple

On the topic of classic shoes that always manage to reinvent themselves, nothing comes close to the timeless slingback heel. The origin of the slingback dates back to the 1940’s, when sultry ankle straps and exposed heels were introduced on pin-up girls. Bare ankles and pointy toes accompanied of course by short skirts became the signature look of seductive pin-up posters that were used for everything from Coca Cola ads to magazine covers. The reference, still alive today with the recent Billie Eilish British Vogue June cover story where the praised singer wore custom-made powder pink Andreas Kronthaler for Vivienne Westwood and Gina slingback sandals with a matching Alexander McQueen corset dress and latex stockings. 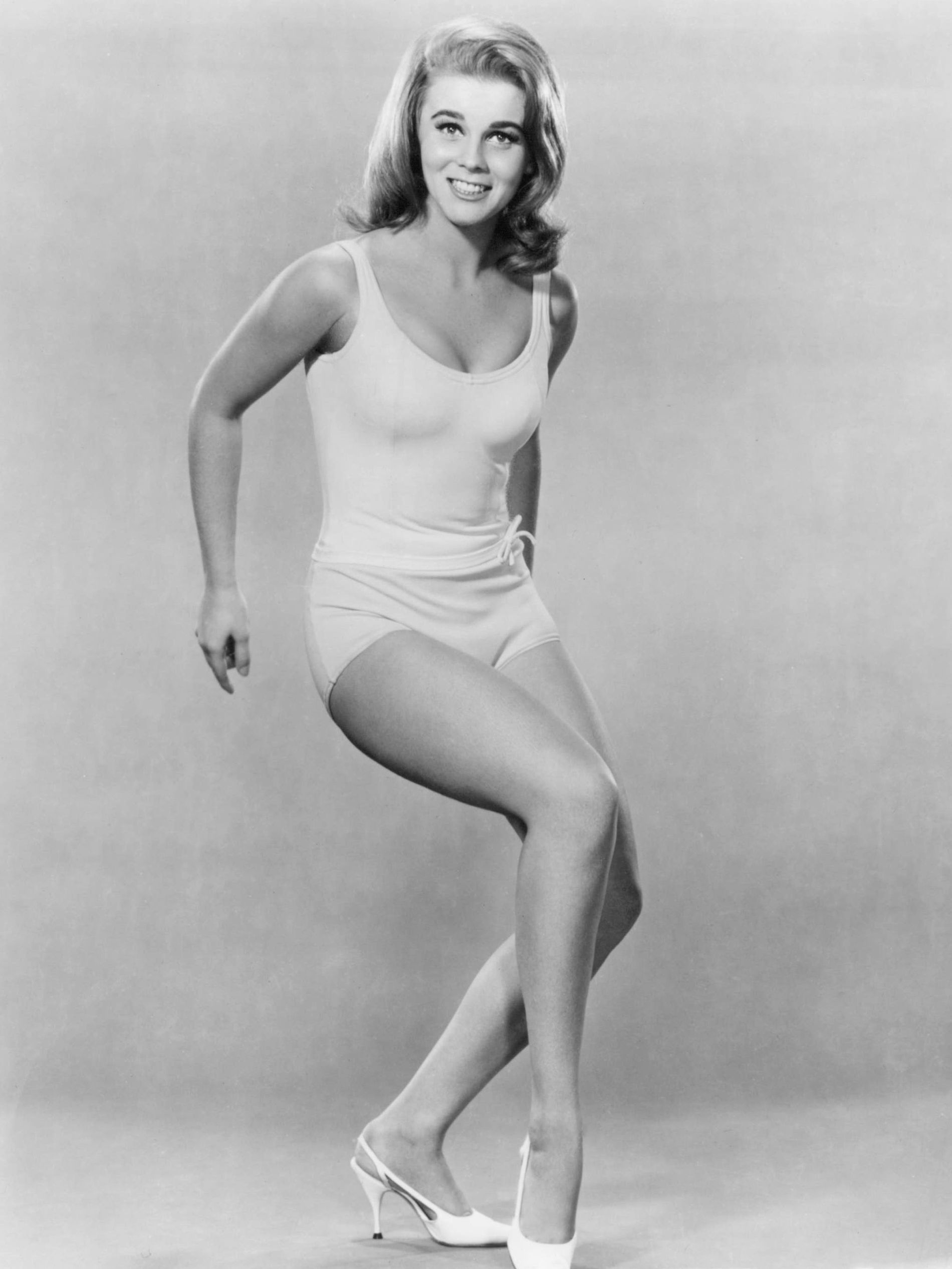 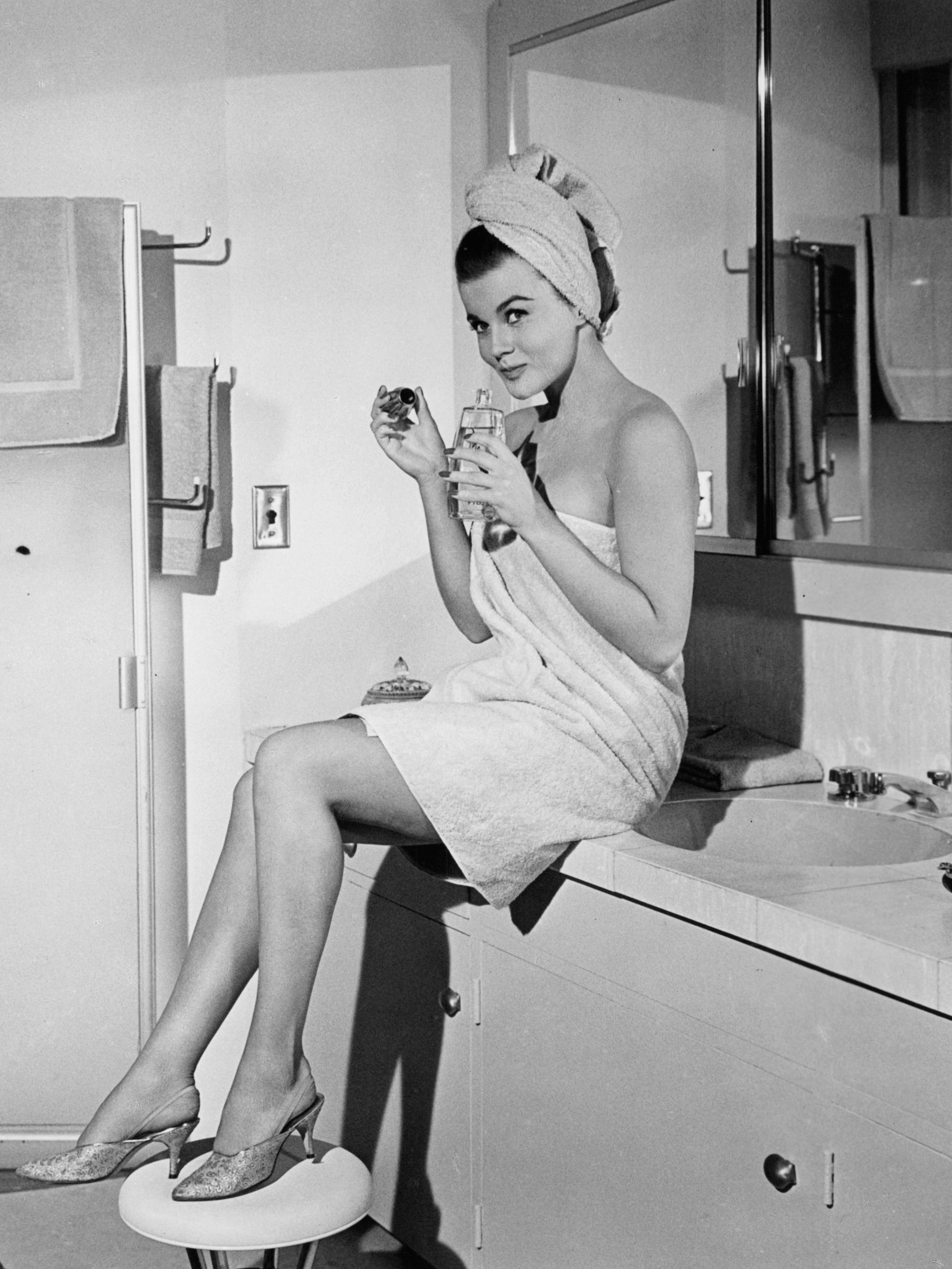 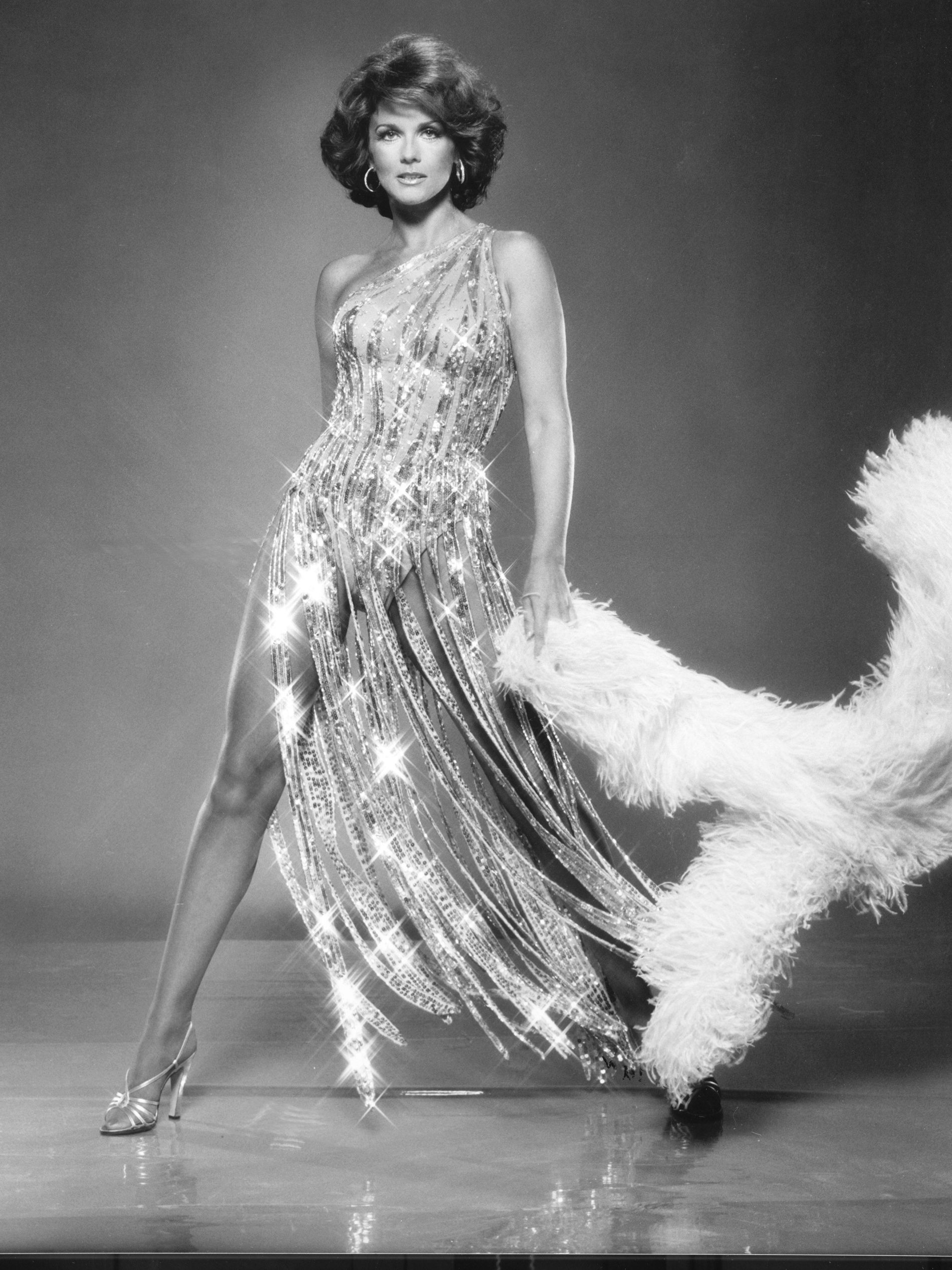 Slingbacks belong in the family of sandals and are often designed with a closed toe, although open- and peep-toe versions are not an uncommon design feature, either. The classic slingback comes with a low vamp and a pointed or slim toe, many will immediately think of Chanel’s two toned, block heeled slingback, that was originally introduced by Coco Chanel in 1957, and relaunched by Karl Lagerfeld in 2015. The flattering it-shoe that was designed to lengthen the appearance of legs was back in the late 1950’s embraced by the likes of Bridget Bardot and Jackie Kennedy. The contrast-coloured toe Chanel slingback still holds its cult status and is now considered one of the most iconic luxury purchases, par with Hermès bags and Manolo Blahnik pumps.

Swedish-American actress Ann-Margret Olsson, famous for her appearance opposite Elvis Presley in Viva Las Vegas, wore slingbacks throughout her career.

The slingback shoe that was seen as an ode to feminine seduction was also known as notoriously uncomfortable, especially when combined with the high stiletto heel that was introduced a decade later in the 1950’s. Perhaps the most well known shoe of this kind was worn by a windswept Marilyn Monroe in a white dress in the film The Seven Year Itch. The scene that became one of the iconic images of the 20th century saw Marilyn in strappy white slingback stilettos, designed by Salvatore Ferragamo, who is said to have provided the actress with over 40 pairs of shoes at the time. Each pair a simple design and all with a stiletto heel. 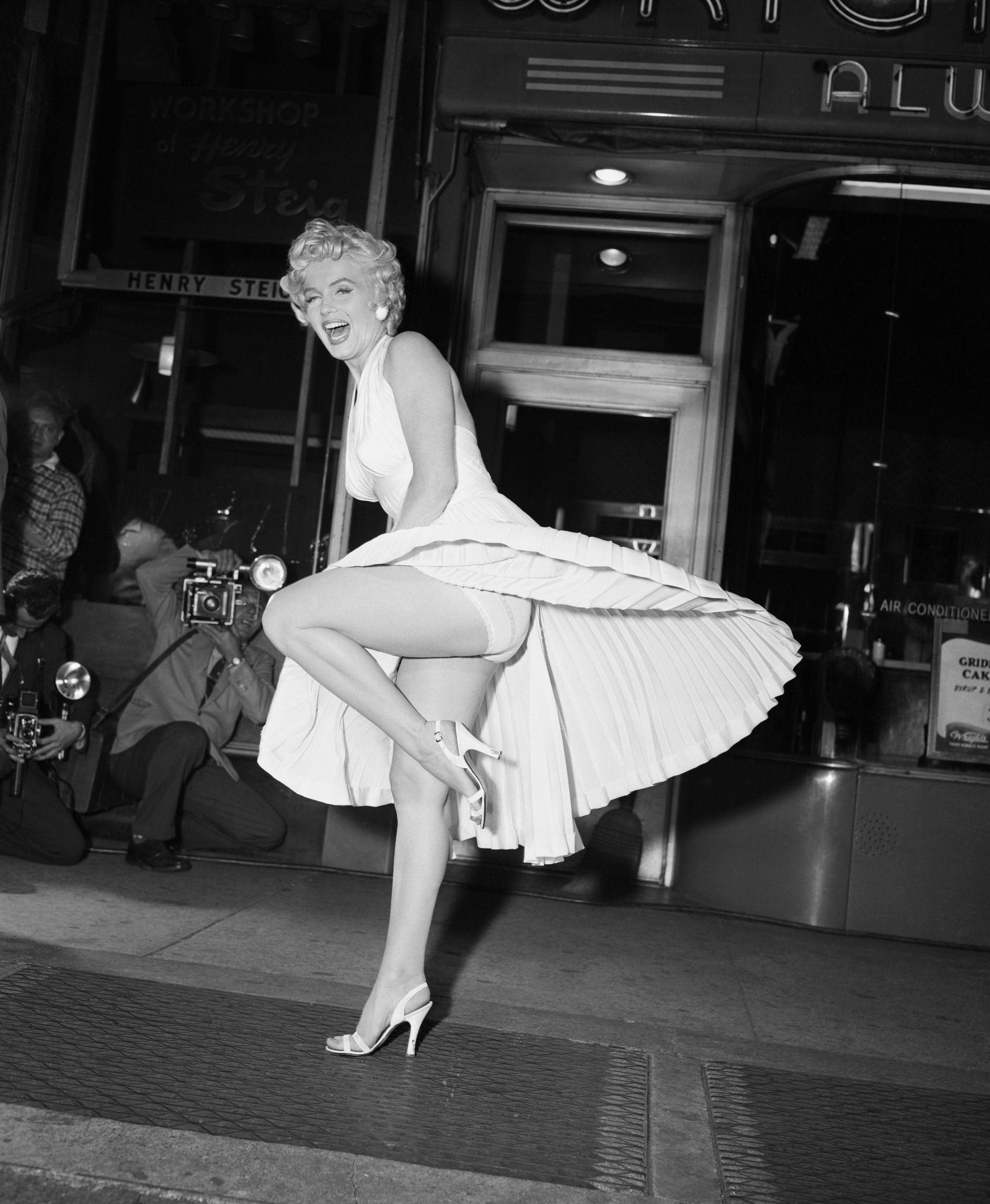 Fast forward to the 21st century the slingback has been part of many legendary runway premieres. From Dior’s ‘J’adior’ pumps from Maria Grazia Chiuri’s debut show in 2017 to Raf Simons and Miuccia Prada’s first co-designed collection in 2020 where all 40 runway looks where styled with futuristic slingbacks in sorbet colours. Perhaps the most iconic modern slingback of today is the crystal-embellished ‘Begum’ pump that skyrocketed Amina Muaddi to the most googled shoe designer of 2021. 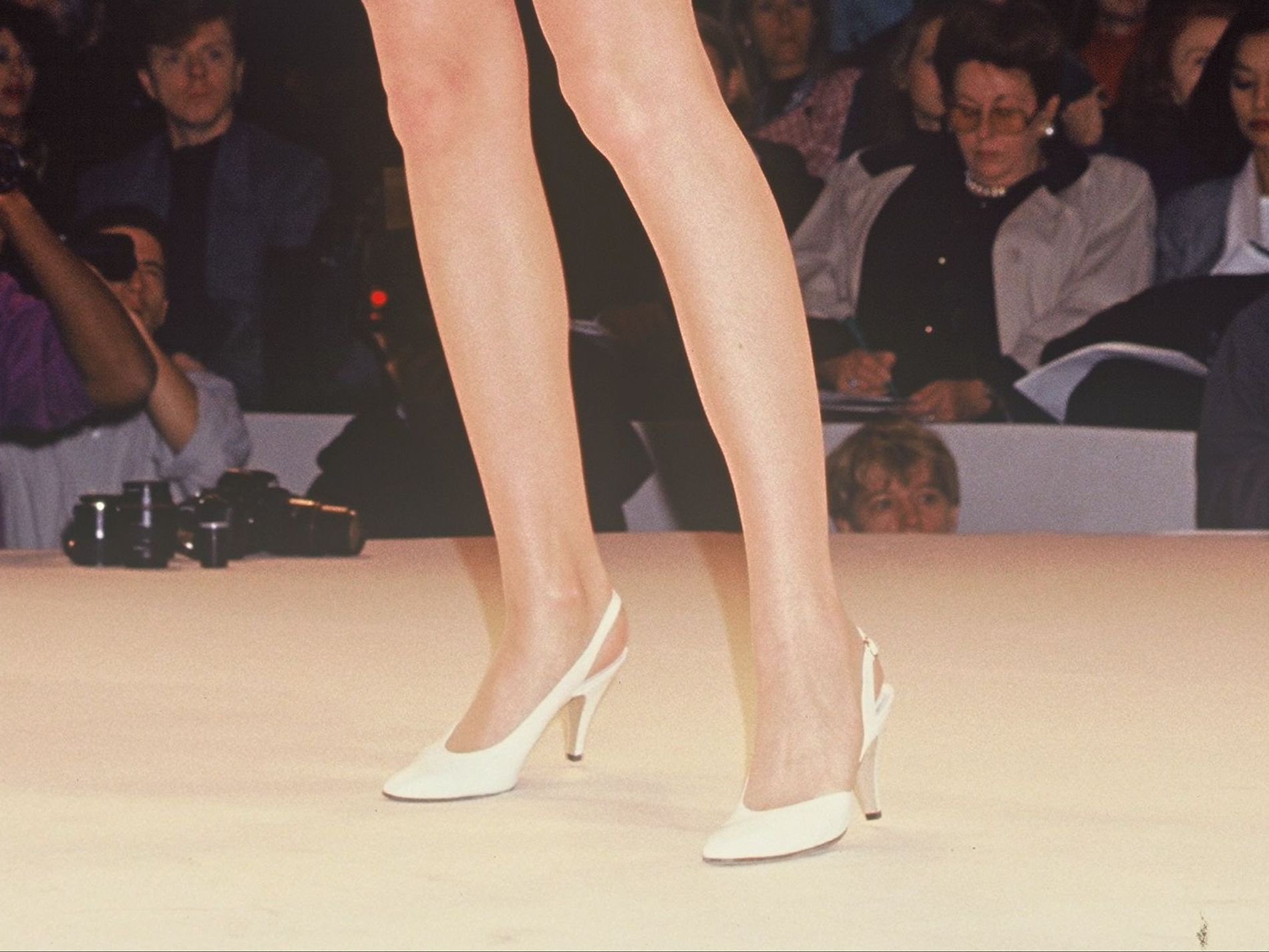 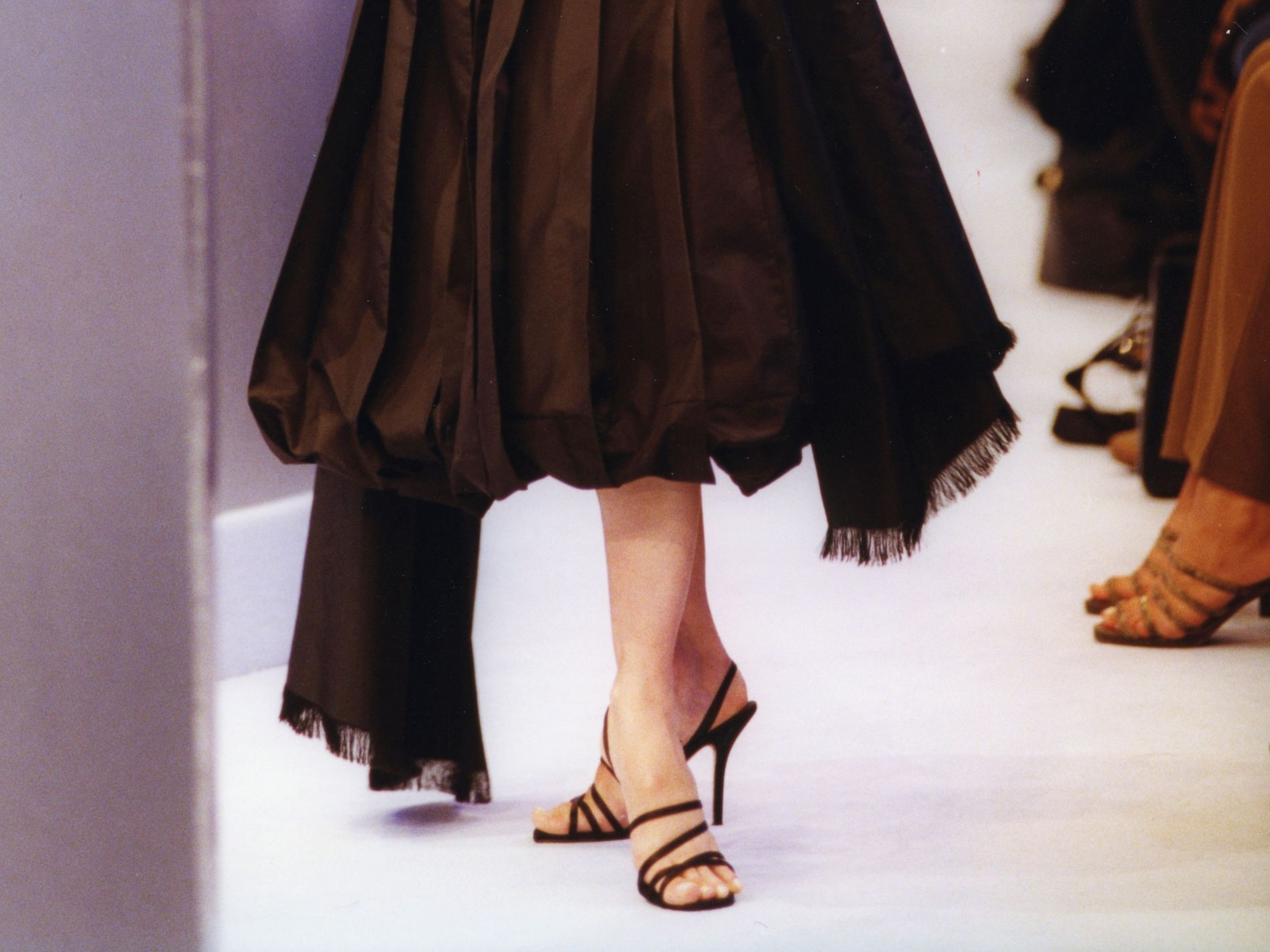 A loyal slingback will be there for you when pumps feel too formal and sandals too bare, when your pedicure is overdue or the length of your trousers calls for exposed heels - the illusion of smaller feet and longer legs are a few of its many clever design features. The charming ’half pump’ has taken many different forms over the years and earned its place in our wardrobes as the perfect day-to-night shoe, just adjust the heel height to fit the occasion. 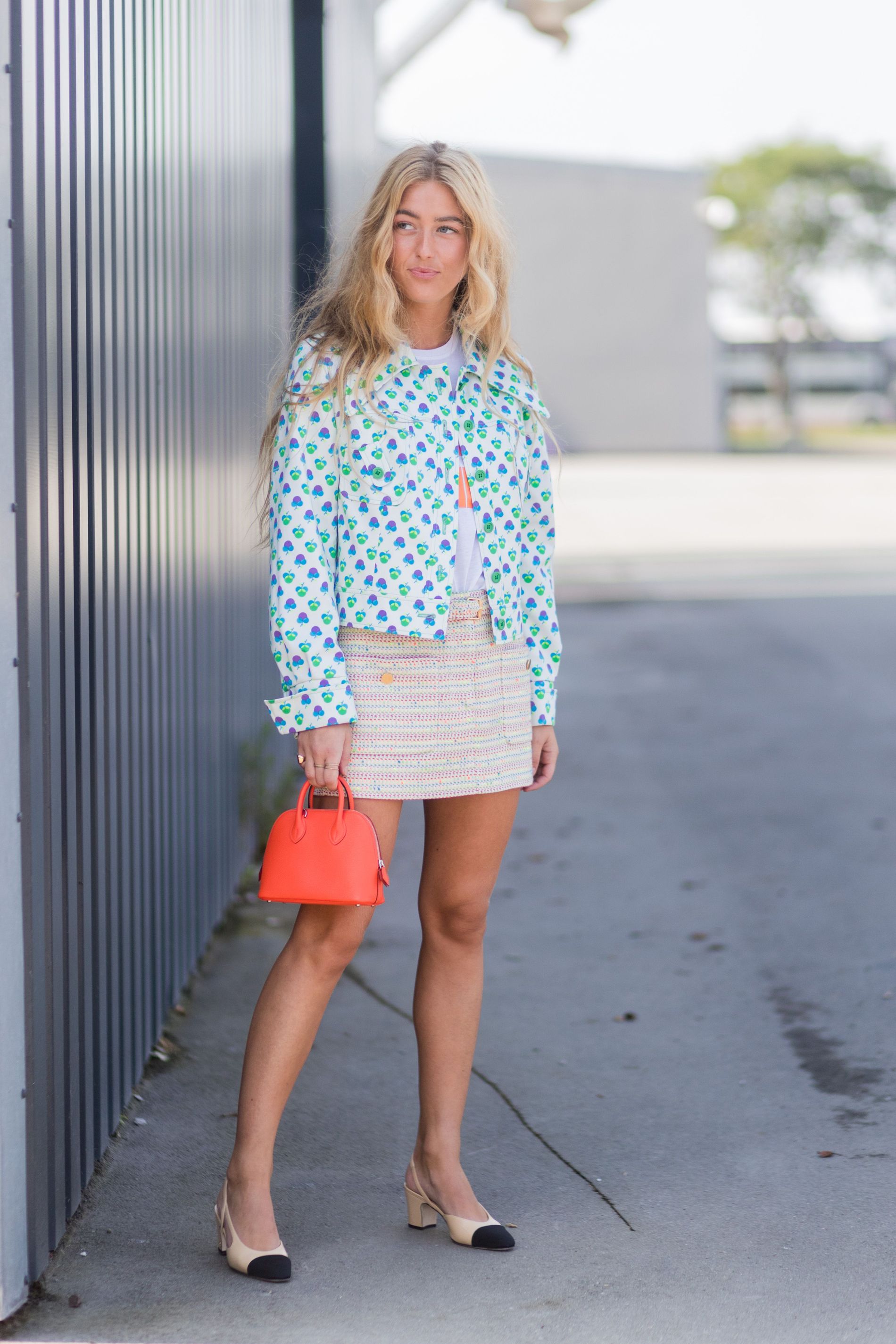 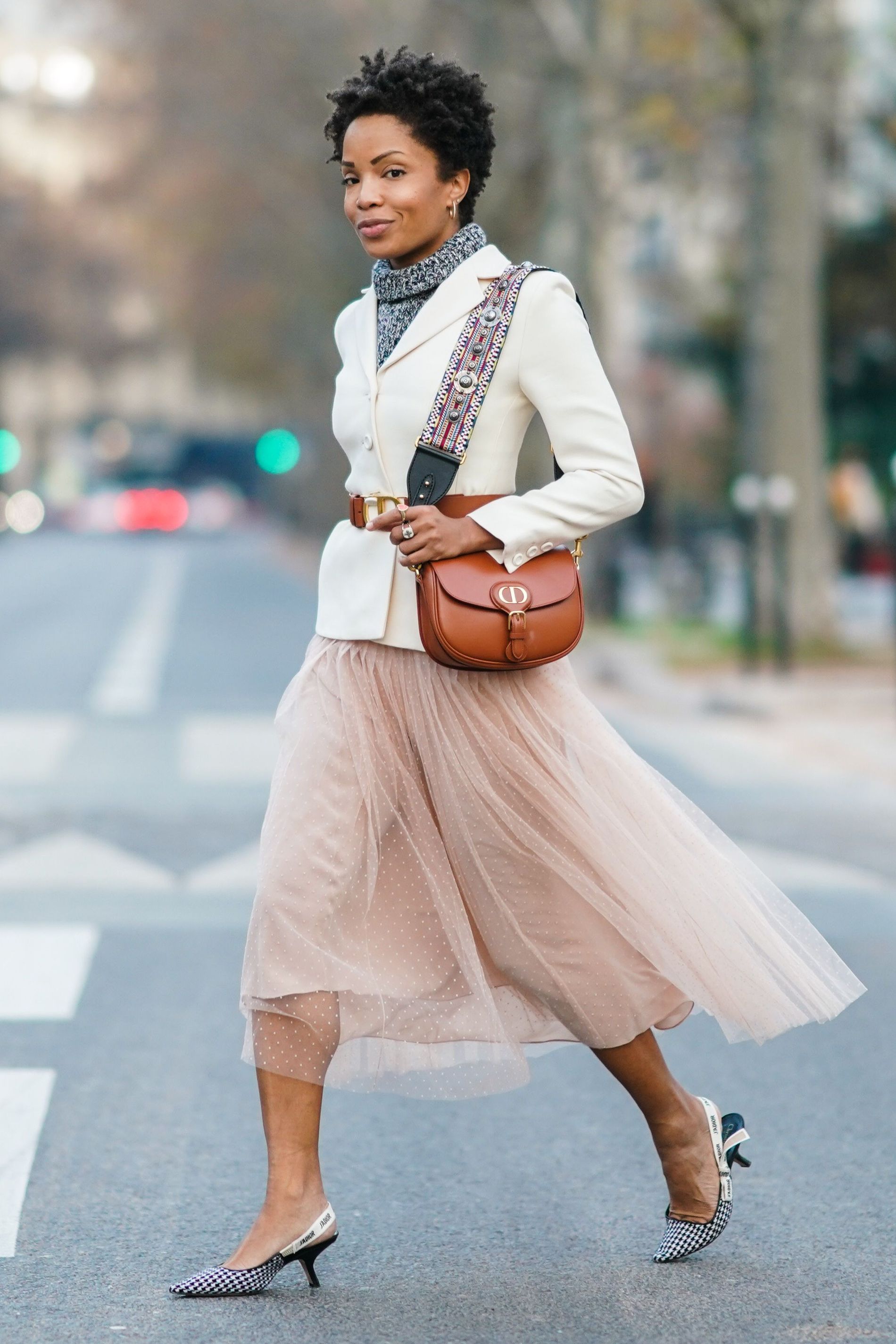 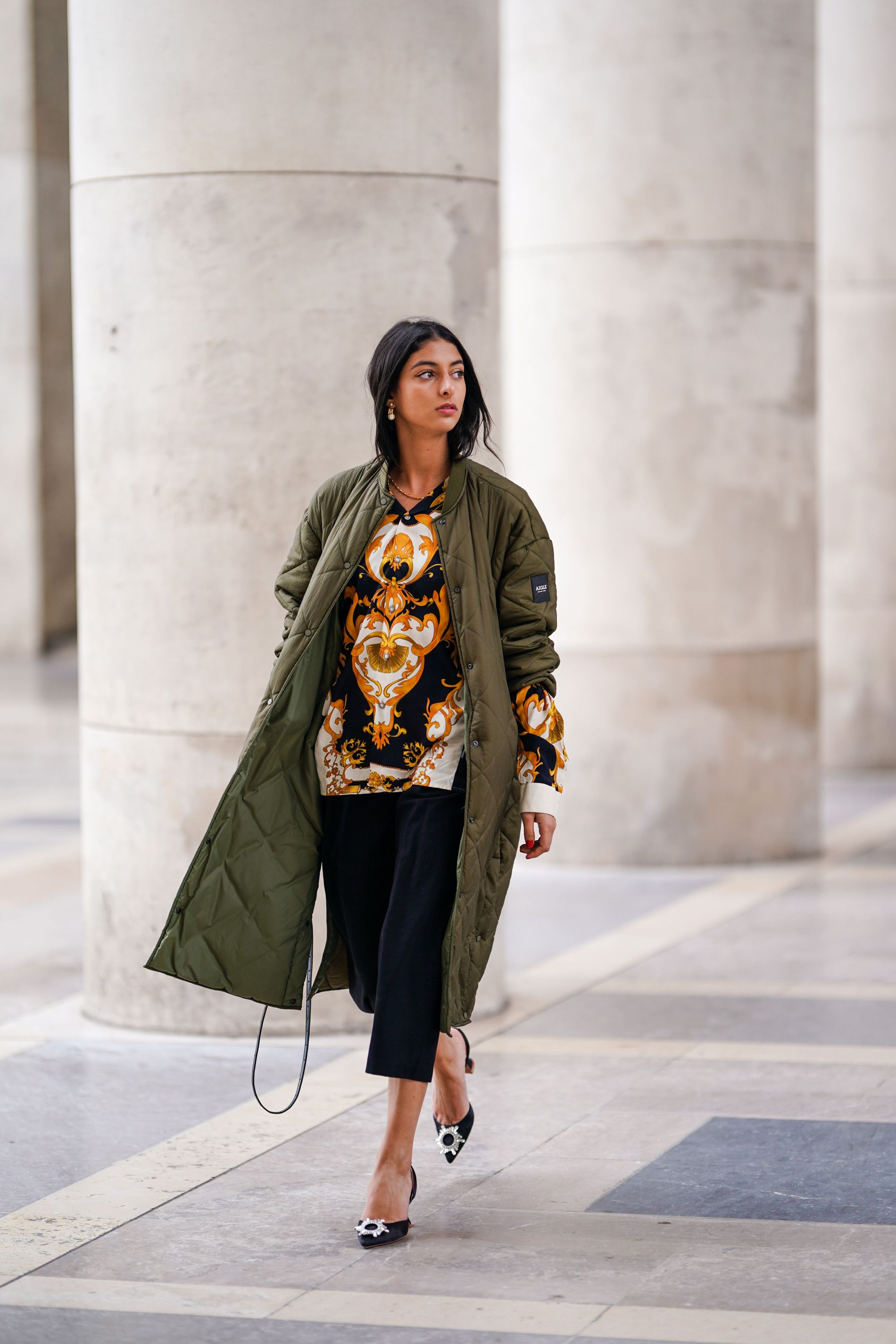 It will always be a safe style to invest in. However, the perfect slingback needs to be technically well designed with the right toe cut and sturdy straps to offer support without tightness; a right grip that does not allow the foot to slip out. Whether the take is modern or classic, the slingback is here to stay and the perfect shoe for reintroducing your feet to another closed toe season. The slingback of AW21 comes in an array of jewel tones metallic leathers and rich textures. Scroll down for our favourites this season:

Slingbacks from the new season to shop now... 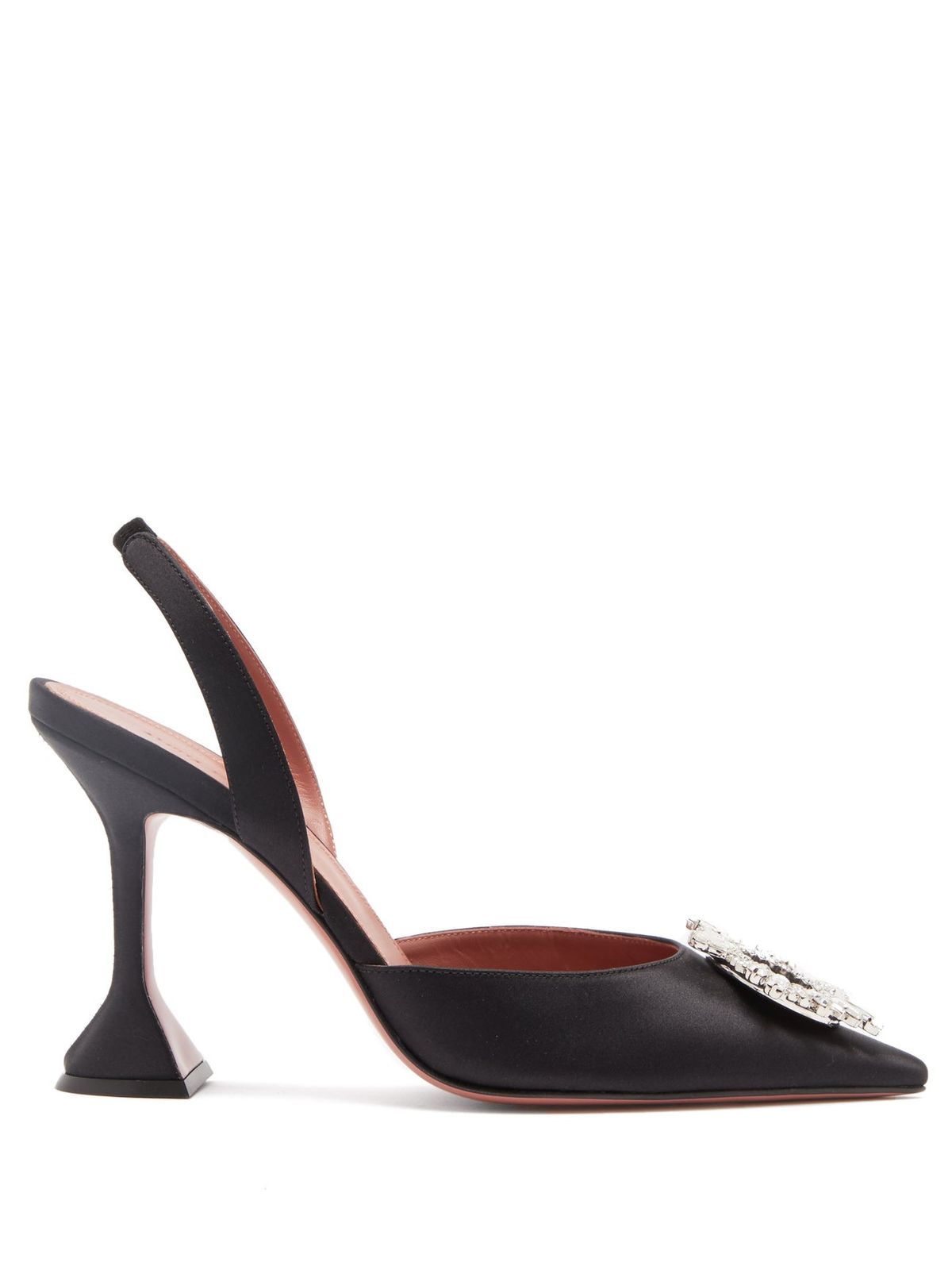