Mathilde Gøhler's family has just gotten a little bigger, with the Danish model announcing she has given birth.

On Instagram, the influencer confirmed the arrival of her second child writing, “Our little wonder came Tuesday night.” She shared a black and white picture of her cradling her newborn in a hospital bed while her music producer husband Remee S. Jackman looks on adoringly.

Gøhler later shared a video of her first daughter Kenya holding her new sister’s feet with the caption “My heart is full”. She then posted another of Kenya cuddling the new baby with one word "Sisters", revealing for the first time the baby’s gender.

The baby is yet to be named. 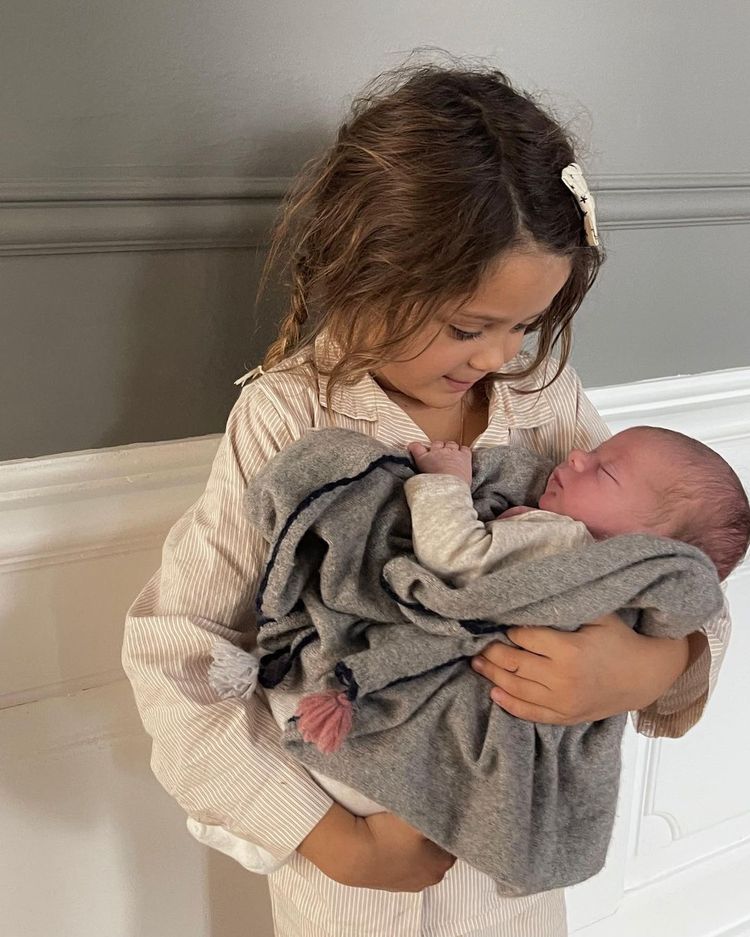 The couple announced their pregnancy in May this year, with the 29-year-old model posting, “Something we have been dreaming about for years… another little angel is coming.” This was the first of many posts throughout the pregnancy, with Gøhler frequently taking to social media to document her expecting-mum style journey.

The star duo have been together for over seven years and share a daughter Kenya who is six. Jackson has an older daughter from a previous relationship, Emma, born in 1999.

Amassing a large public following, thanks to star power and their incredible style, the couple even got their own reality TV series in Denmark Remee and Mathilde in 2019.

Related: This is how 5 Scandi tastemakers mastered their pregnancy style