In a beautiful flurry of tiaras, tulle and sashes, the Spanish and Swedish royal families united last night for a regal dinner.

Hosted at Stockholm's Royal Palace as part of the Spanish royals' two-day state visit to Sweden, the meeting was a celebration of occasion dressing with designer gowns and statement tiaras being the status quo. 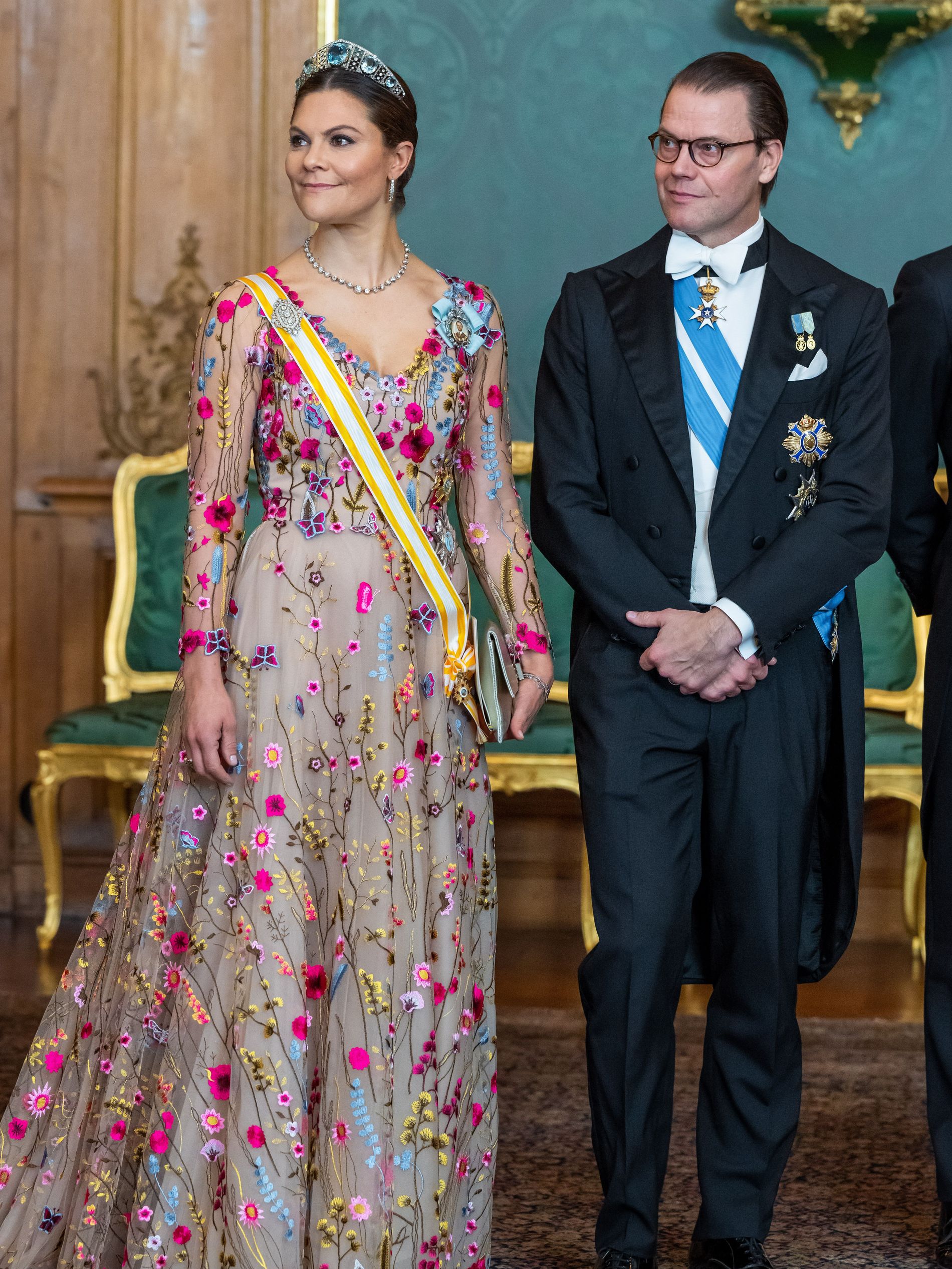 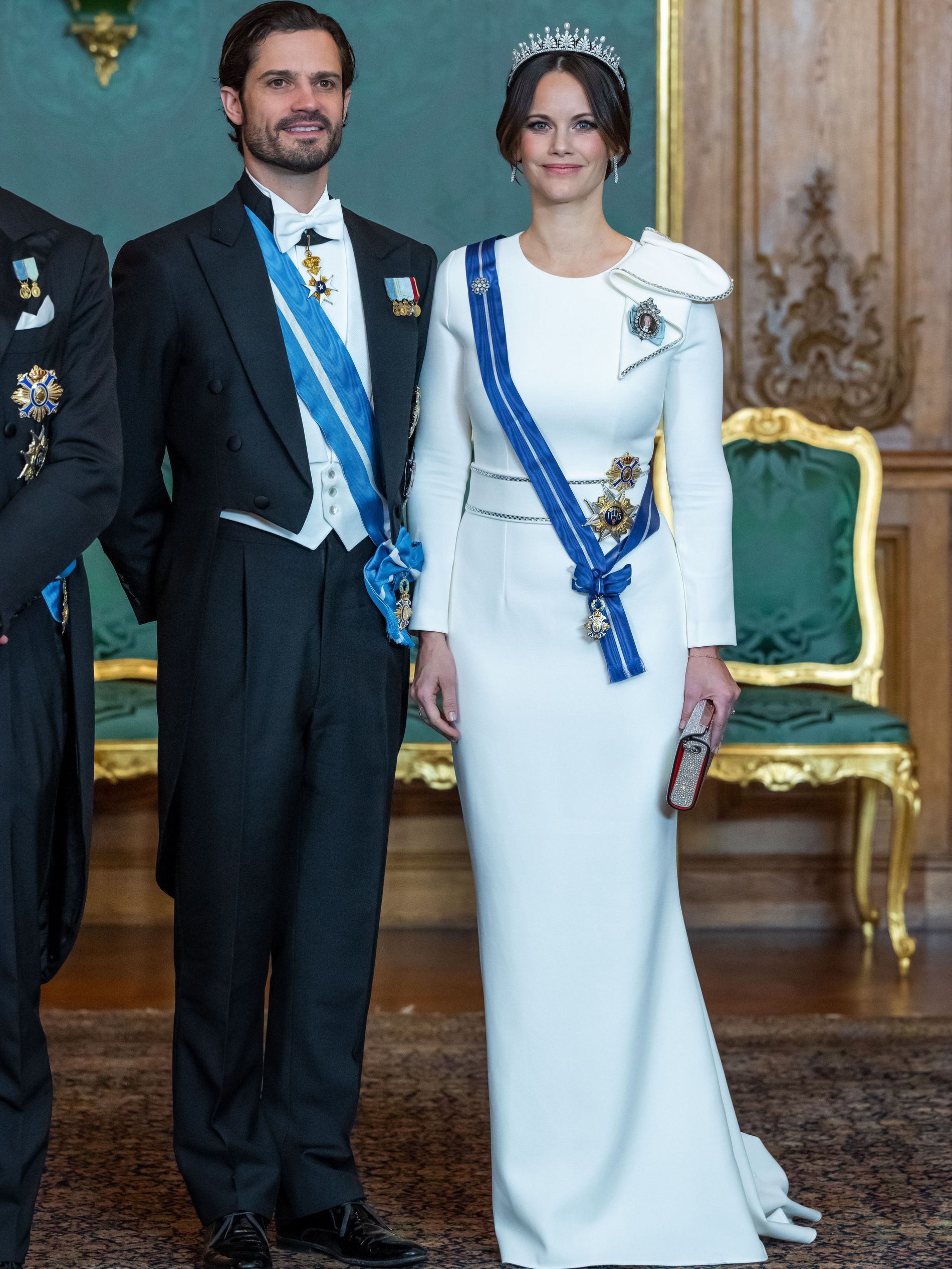 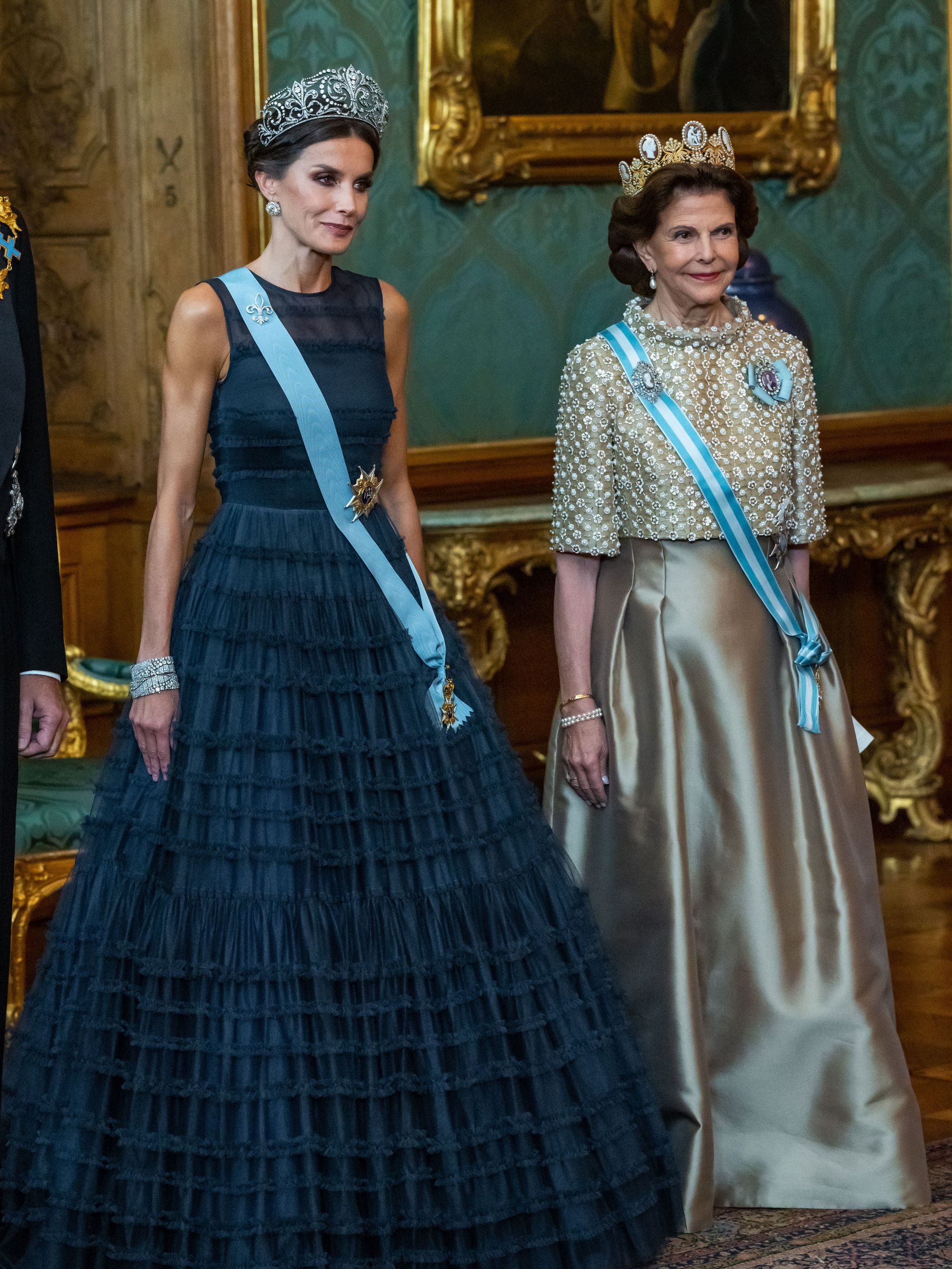 Held in the castle's largest ballroom, the White Sea, the royal couples enjoyed a menu of fried fish and squid paired with leeks, butter sauce, gooseberries and Kalix roe. For mains, reindeer with mushroom croquettes and baked beets were served.

King Felipe VI and his wife Queen Letizia of Spain are in Sweden on invitation of King Carl XVI Gustaf and Queen Silvia. The aim of the visit is to further strengthen relationships between the countries. 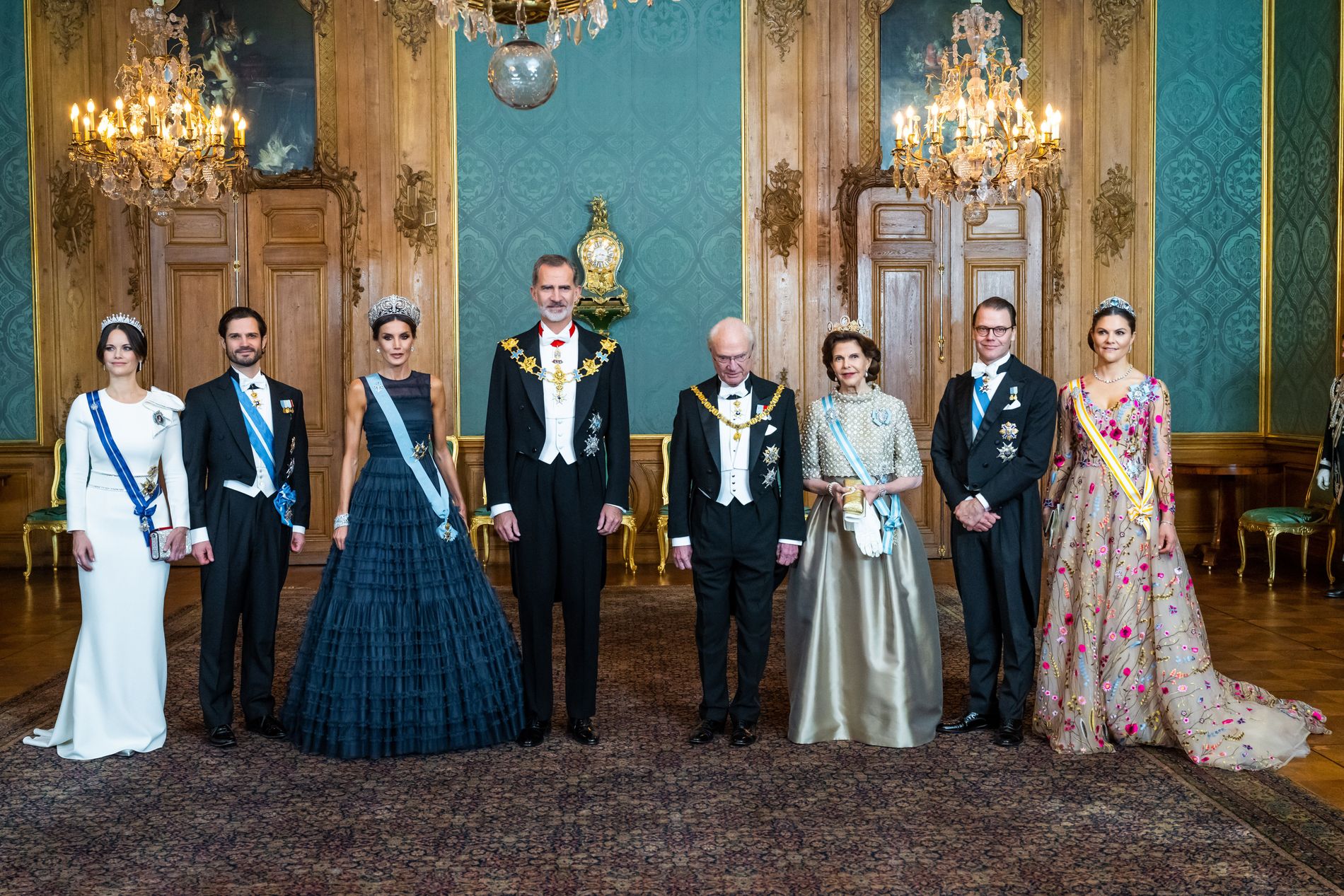