As we return to the workforce, Swedish-American writer Charlotte Manning explores the impact daily microaggressions and polarisation can have on minority communities

Workplace etiquette has transformed throughout the years in Scandinavia. It’s strange to imagine tattoos, piercings and denim before Friday still being taboo in this era where identity and self-expression clearly have no correlation to one's work ethic. These changes have normalised a sense of body positivity, gender and identity expression, and diversity in the workplace, but we mustn’t forget that microaggression is still the most common daily extension of racism.

By definition, microaggression is a comment or action that subtly expresses a prejudiced attitude toward a member of a marginalised group. Sometimes it’s intentional — usually, it's not. Common microagressive behaviours are a non-white person being asked where they’re from, to somebody commenting on their language fluency or professional skills.

Why would you ask me something that you would never even have imagined asking some of your other friends about?Sara Flaaen Licius

Another common experience is an Asian person's ethnicity being generalised to one country, an LGBTQIA+ persons identity being assumed or vaguely questioned, to the non-stop fascination with the range in styles of afro hair. Microaggressions are general assumptions rooted in stereotypes and implicit biases.

Related: Baby steps towards diversity in the streets, seats and catwalks of Copenhagen Fashion Week

We’re all embracing new ways of living, and where there is discomfort there is room for growth — so the world opens up slowly, here are some thoughts on the effects of microaggression in professional spaces to keep in mind:

You don’t need (our) permission to talk about race

Initiate and participate in ongoing conversations about microaggression at work, for all our sakes. Microaggression is commonly misunderstood. For those who experience it, there’s really nothing “micro” about it and for those that fall short in always saying or doing the right thing the intention is usually not aggression. On both sides of microaggression lives discomfort but for the receiver, it is identity-diminishing. And repetition in the 21st century pleads a strong case, so we must keep talking about it. It’s never too late to learn how to effectively start making space for your colleagues, consultants and peers of colour who often feel completely polarised in packed rooms.

The damage that microaggression causes to self-confidence, mental health and one's ability to perform and produce good work is a result of contexts that perpetuate even the most subtle of these behaviors. And open dialogues on how to perpetuate anti-racist environments go hand-in-hand with calling your company or business ‘inclusive’ or ‘diverse’ — period.

On set at a shoot, questions are always asked about me to someone else... even though I’m standing right in-front of the personAgnes Williams Fowler

Think twice before asking a question you might deem harmless curiosity

You need to ask yourself, “Why am I so curious about this? Is this curiosity rooted in a white, privileged worldview?” Oslo-based fashion journalist, model and content creator Sara Flaaen Licius says, “I think that people sometimes underestimate how questions have the power to single someone out, put them aside and underline how they don't belong to a group. It reveals the prejudices that the person asking the questions has. Why would you ask me something that you would never even have imagined asking some of your other friends about?” And better yet — something you don’t recall ever being asked yourself?

Swedish fashion stylist, Agnes Williams Fowler, who recently styled the Aajiya campaign, adds, “On set at a shoot, questions are always asked about me to someone else... even though I’m standing right in-front of the person.”

When I personally first learned the term microaggression and put it into the context of being 'Black at work' in a region like Scandinavia (I'm based in Stockholm), it was an 'Aha' moment. My brain went into rewind, before fast-forwarding through the innumerable encounters I’d had with microaggressions. The 'compliments'' from men through the years telling me I looked prettier with a certain hairstyle; confusion towards my Swedish passport; or the many renditions of being called an ‘Oreo.’ ” Question your curiosity, not people of colour. 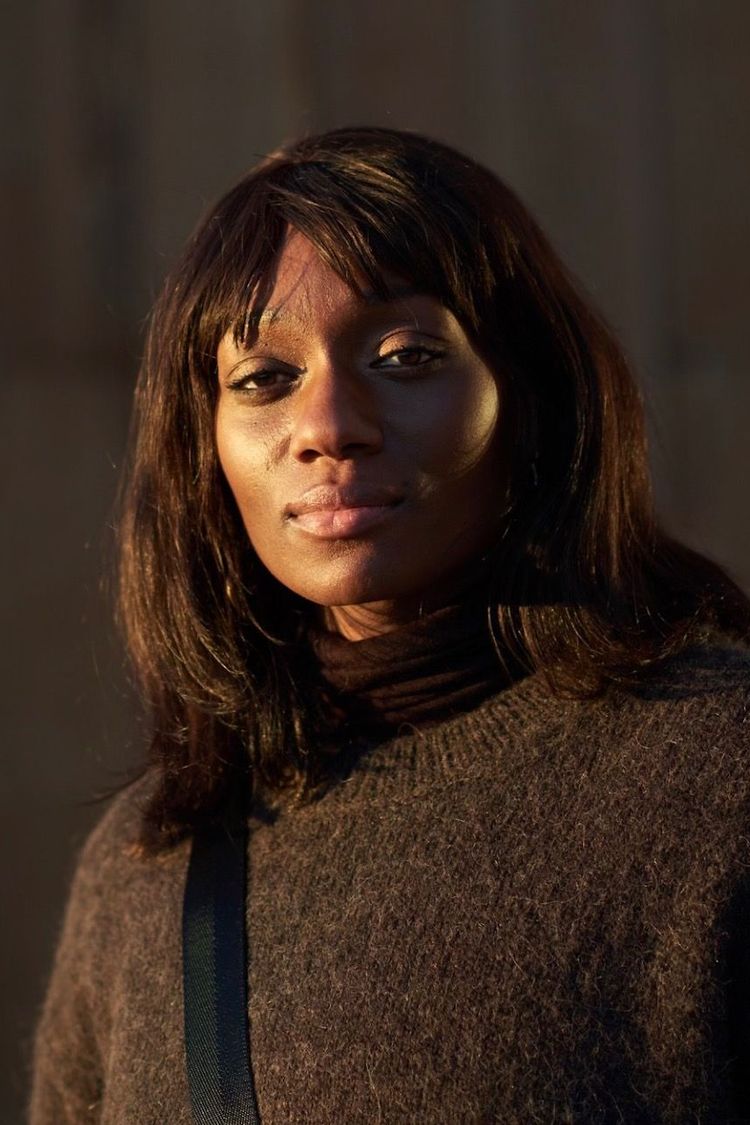 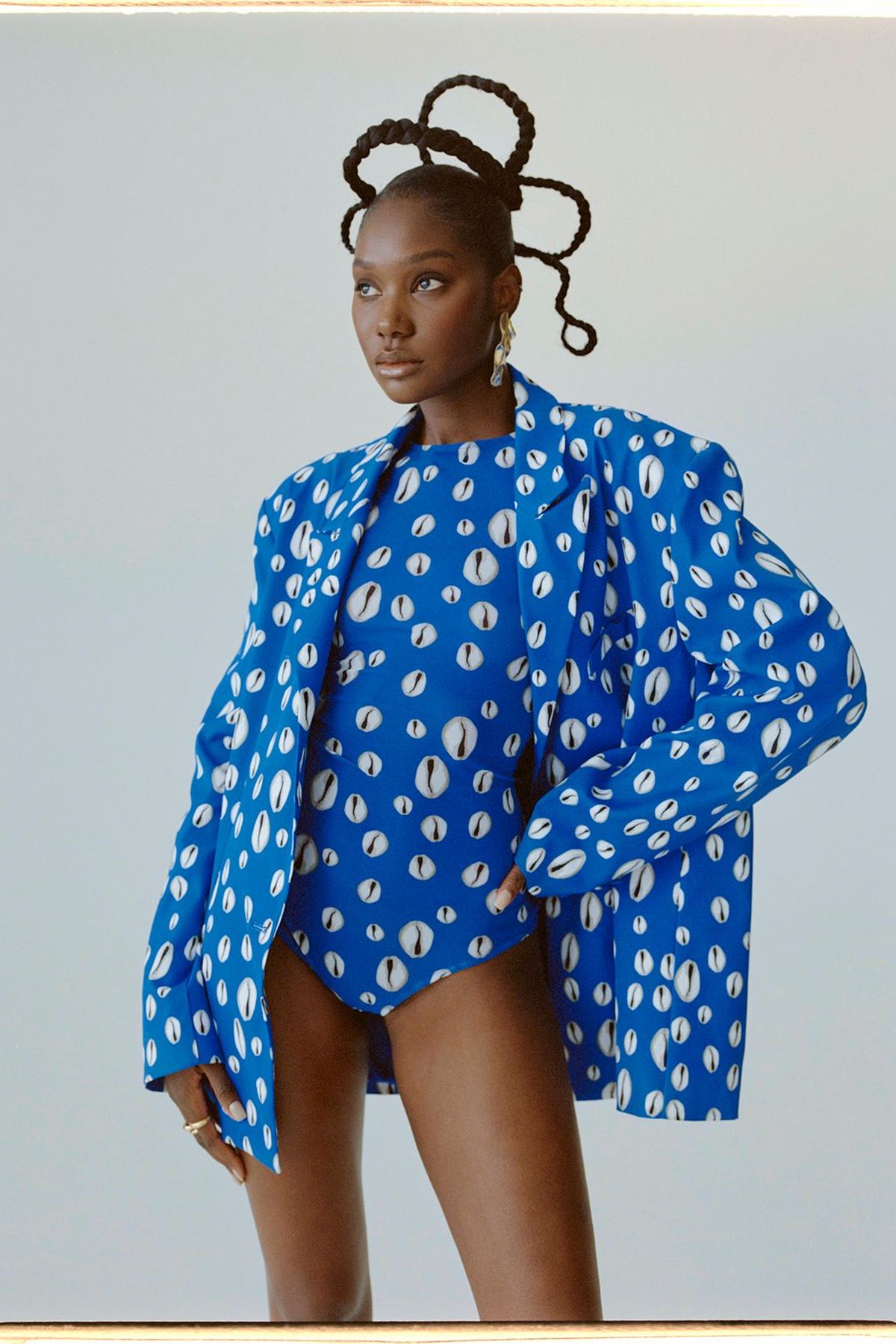 What might seem like a silly excuse to an employer, is a much deeper internal-battle for us. Something as simple as being the only BIPOC employee is bound to become soul crushing.

Mental Health advocate, Ruth Semere, states, “When George Floyd was murdered, I could not have imagined feeling as devastated and activated as I did and going into a majority white workplace where this murder was not recognised. I know many people who had to go in and it was devastating for them. Remote working has been my saving grace when it comes to protecting my mental health.” Create streams for transparency, so that honesty and empathy can replace a work culture of distrust or shame for your BIPOC employees.

When someone calls you out, it is your responsibility to take it personally

What we internalise we remember, and what we remember, we have a better chance of not repeating. “I’ve been told that’s not my place as a stylist assistant even though they know I’m competent and overqualified for my position. And when I’ve spoken up, I’ve been isolated and insulted by the whole team for pointing out the facts, such as using the wrong words when talking about people or pointing out to them the things that make minorities uncomfortable,” says Williams Fowler.

Semere adds, “I connect the behaviour to the root of the issue and turn the mirror on the individual in a skillful way while staying centred and grounded. It’s important I think to turn the responsibility of harmful racist behaviour back on the individual that’s doing the harm, it's on them to civilise themselves and connect back to their humanity.”

No one gains anything from dwelling, but distancing yourself from your microaggressive behaviors speaks volumes to privilege. If you behave in a microaggressive way and someone comments on it, the best thing you can do for yourself and the recipient is to acknowledge the mistake you made and make a conscious decision to remember it. Put it in your tool box of anti-racist practices and never, ever lock it.