Eliza Reid went from small farming town outside of Ottawa, Canada, to First Lady of Iceland. And in the process decided to she wanted to have something to say rather than be seen as "somebody's wife". So since 2016, she has been talking about everything from “stigma-free sexuality” to “claiming the corporate purse-strings”. In this intimate chat and photo shoot, Vogue Scandinavia steps inside the official residence to listen to what Reid has to say

According to the World Economic Forum, Iceland has ranked number one in gender equality for 12 years running, so it’s only fitting that the country’s first lady, Eliza Reid, would make a name for herself far beyond her inherently gendered role. A freelance writer and the wife of president Guðni Thorlacius Jóhannesson, who was elected in 2016, Reid has become a fearless role model for the women in her country and beyond.

Now Reid brings her singular experience to her debut book, Secrets of the Sprakkar (Sourcebooks), which delves into the social science of Iceland’s extraordinary women (or sprakkar in Icelandic). Published last month, the book approaches topics ranging from “Stigma-Free Sexuality” to “Claiming the Corporate Purse-Strings”. In addition to her own expertise, Reid calls upon over 40 women of various generations and backgrounds – with historical references to many more – to explore the female experience. 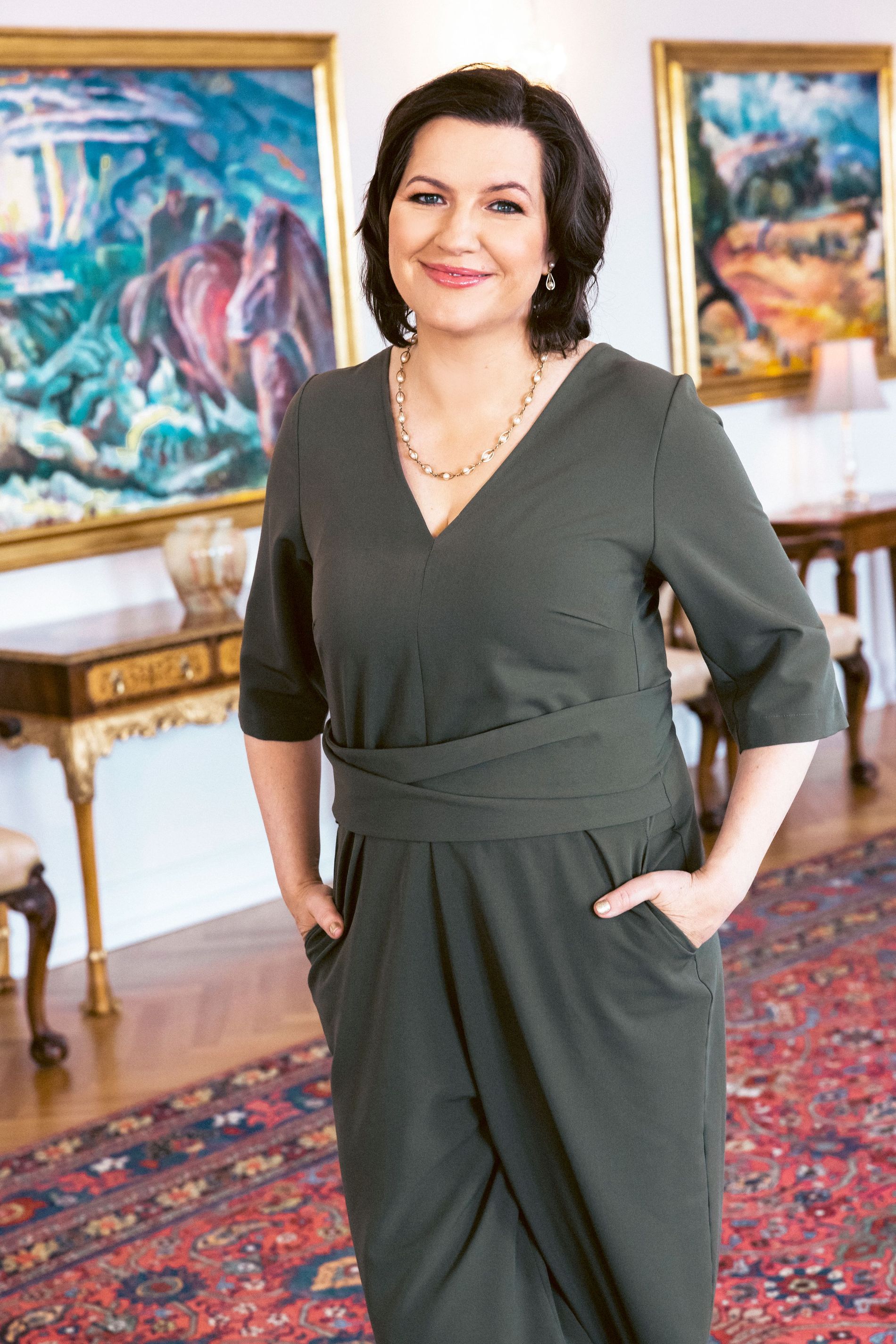 “One of the reasons I tried to speak to so many women was to showcase diversity,” says Reid over a video call from her home office at Bessastaðir, the official residence. Icelandic women are often stereotyped as strong overachievers, but that is hardly representative of all Icelandic women. “Yes, when people think of Icelandic women, they might have a certain idea of this blonde, Nordic Miss World who is super tough,” she says. “And there are Icelandic women like that. Absolutely. But I wanted to make sure that in the book, I talked to older women and young women and trans women, immigrant women, and women with disabilities. Women in the city and in the countryside.”

It makes sense that Reid would want to capture a more accurate and nuanced portrayal of Icelandic women beyond the monolithic tropes. Real women with edges. After all, she herself is one. Born in a small farming town outside of Ottawa, Canada, Reid moved to Iceland nearly 20 years ago after meeting her husband when they were both studying at Oxford University. Four kids later, she is a fluent Icelandic speaker, with the added advantage of being an outsider’s insider. Indeed, her unshakeable foreignness breeds a certain curiosity and objectivity around all things Icelandic that was helpful when working on the book.

Related: What is femme-washing and why is it so toxic? 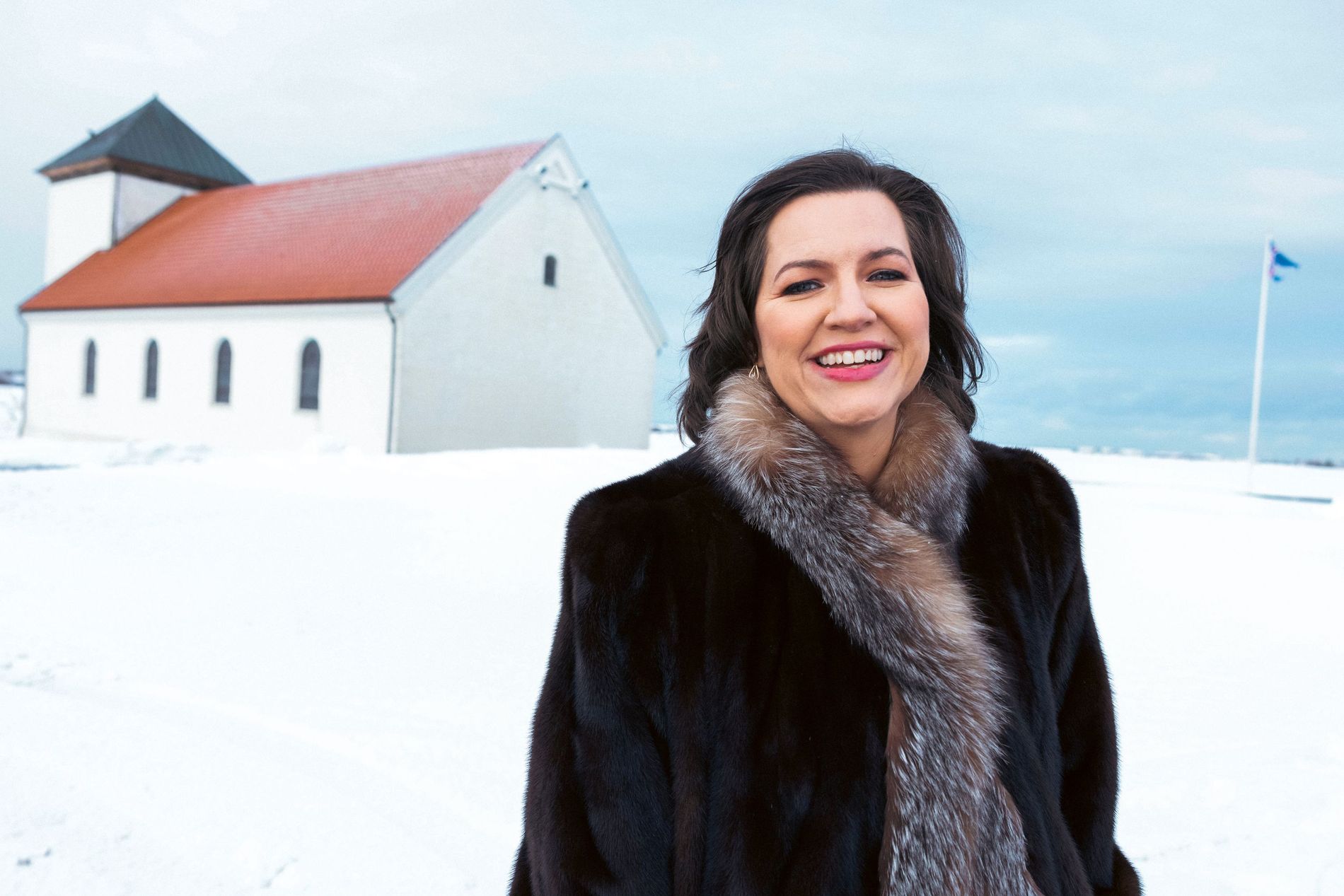 “My husband's trajectory from an obscure history professor to head of state was quite rapid by any standards. So me becoming a well-known figure in the country was also very rapid,” she says. The wide-reaching Panama Papers scandal led to the resignation of President Sigmundur Davíð Gunnlaugsson, leading to her husband’s political ascent in 2016. “It was a strange feeling. Even though I'm an immigrant here, I felt like I really built up my own identity and professional reputation in the country,” she says. “Then all of a sudden, I was known primarily as somebody's spouse and also in a very ill-defined role. But still, a role that is an incredible honour.”

The lack of clear guidelines was stifling but not insurmountable, shares Reid. “At first I wondered: what am I allowed and not allowed to do? And how do I serve in this world with dignity and still be myself?” Her new identity was exciting, but also deeply disorienting in a nation known for highly independent women. “I was seen as Guðni’s wife before I was seen as Eliza. And I'm very proud to be Guðni’s wife, obviously. But I wouldn't say that it's my defining characteristic as a person,” she says. After a short period of adjustment settling into public life, she felt comfortable enough to assert herself as an accomplished asset. “I don’t even know that I made a conscious decision to push back against it. But if I was going to be in the spotlight, have a platform, and this brief moment in time when people were going to listen to me, I wanted to have something to say rather than be seen as somebody's human accessory. And so I just started to talk.”

Related: “I'd rather fail doing what I love than succeed doing something that kills me inside” - Frida Gustavsson 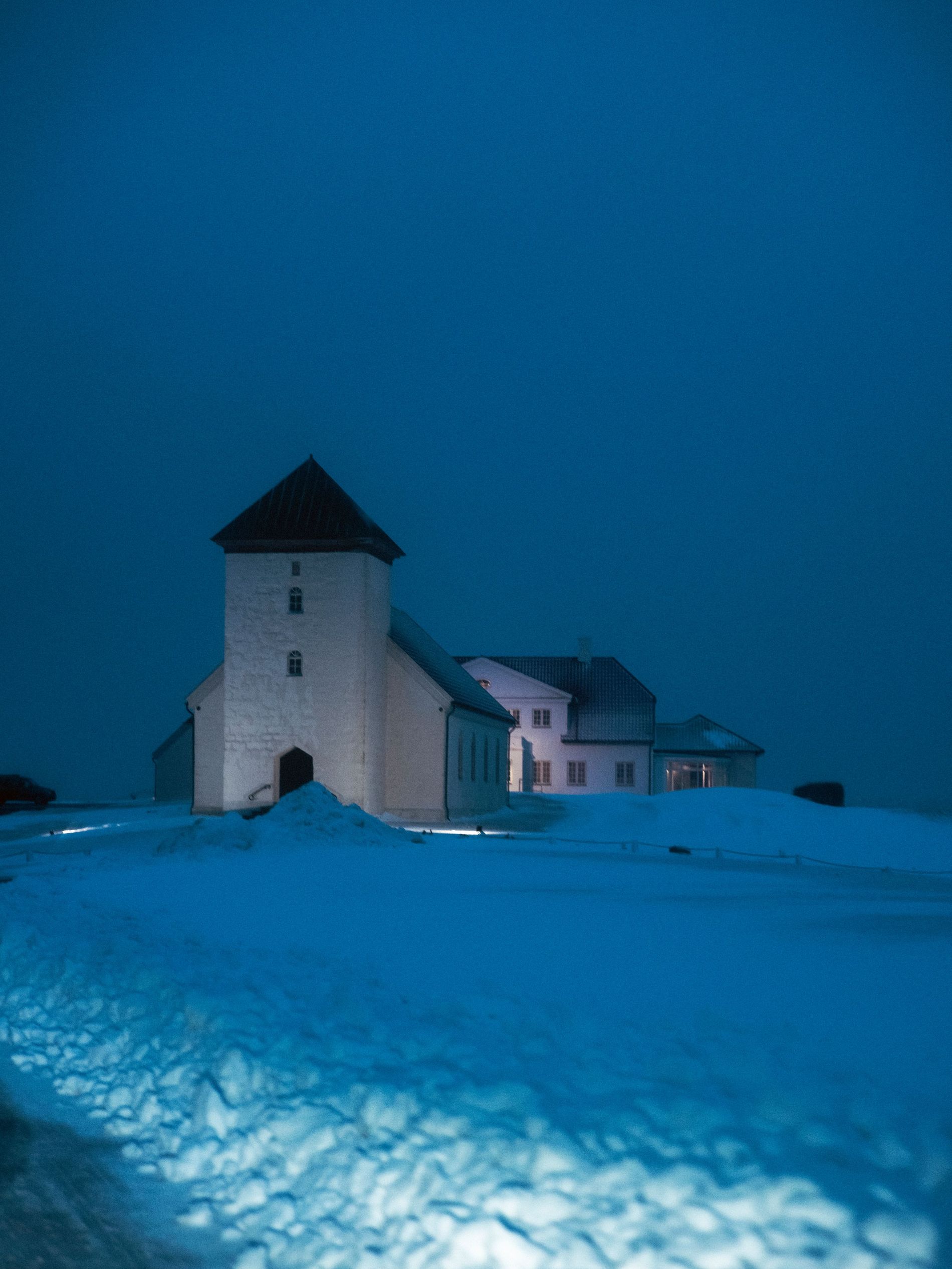 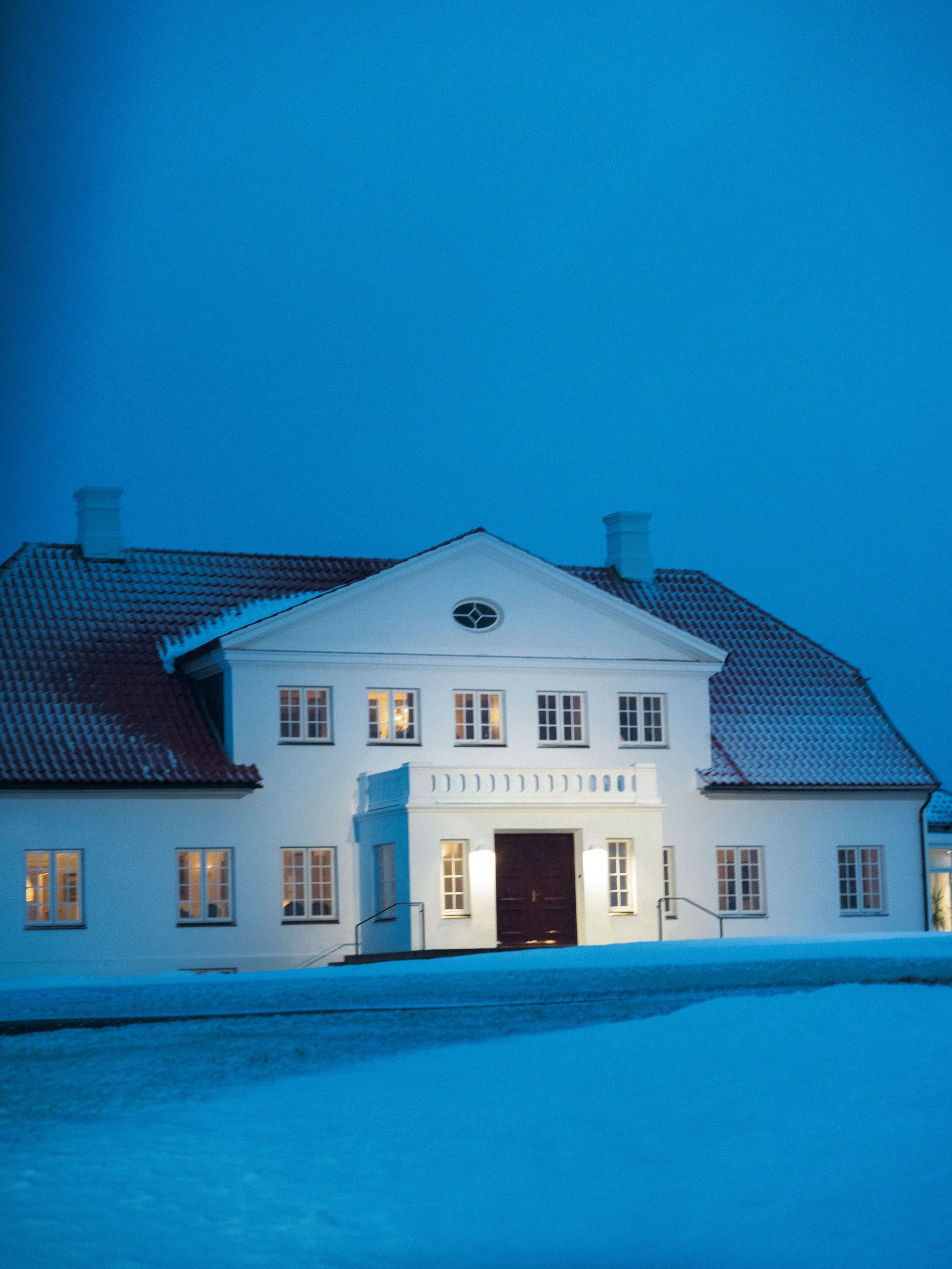 In her signature everywoman style, she took to Facebook to begin sharing the strangeness of her circumstance. The response was warm and soon a journalist friend suggested she pitch The New York Times. “I remember thinking, yes, I would love to. It's a shame I'm not allowed to do that,” Reid says. “And then I thought, who said I'm not allowed? And it was all in my head, really. I think a lot of women can relate to this.” In 2019, the newspaper published her wry op-ed “I’m A First Lady and It’s an Incredibly Weird Job.” Nerves kept her up the night before it came out. “I thought, why am I doing this? Nobody asked me to do this. And am I just going to get criticised? And will people say, who is this privileged woman whining about little things?”

The piece was well-received as a thoughtful and funny exploration of the peculiarities of playing the part of “genteel sidekick”. The feedback was reassuring. “So many women could relate to this idea of being known primarily as somebody else's partner,” she says. “I had a lot of emails from people who thanked me for writing it.” Turns out, first ladies are just like us. 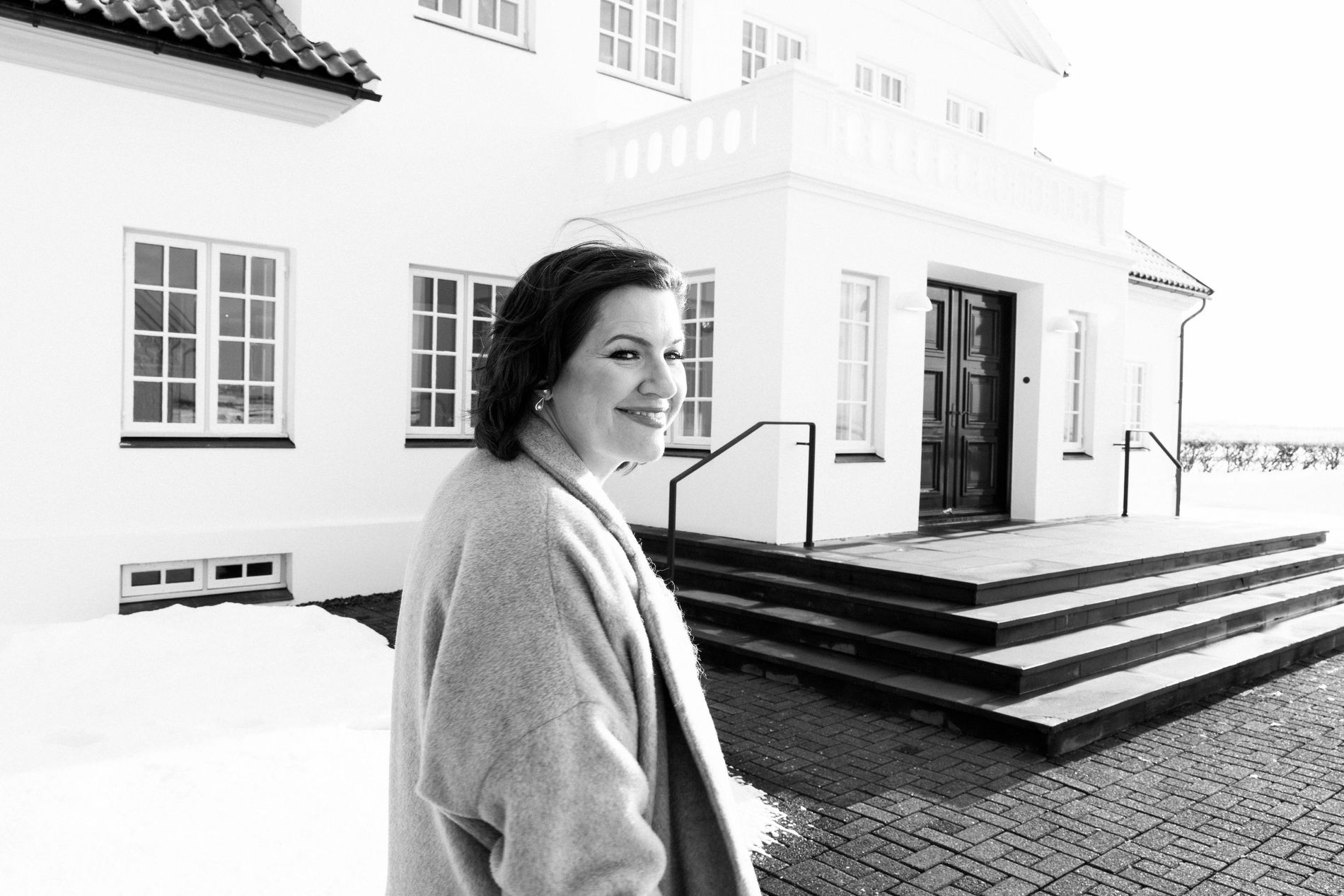 In the book, Reid also delves into her own public-facing confrontations with equality as the modern-day wife of a head of state. “He is the President, and I'm not,” she says matter of factly, alluding to official duties and meetings with foreign leaders. “There are situations under which he should go first. He does need more attention. And that is a strange feeling because in a marriage you are two equal people. With our current circumstance, there can be a diminishment because I'm a female spouse.” In both the book and her own life, she tactfully addresses the subtleties and slights that women so often face. The derogatory remarks, cloaked as compliments. The moments of disregard or downgrade in comparison to a male counterpart. The kind of covert sexism we’ve all encountered, jaws clenched. “You don't want to make a big deal out of something that maybe isn't a big deal. But on the other hand, nothing changes unless we call things out,” Reid shares. To wit, a couple months ago she took to Facebook when an Icelandic newspaper ran a photo of her and the visiting Crown Prince of Denmark, Frederik, on its front cover, but excluded her from the caption. 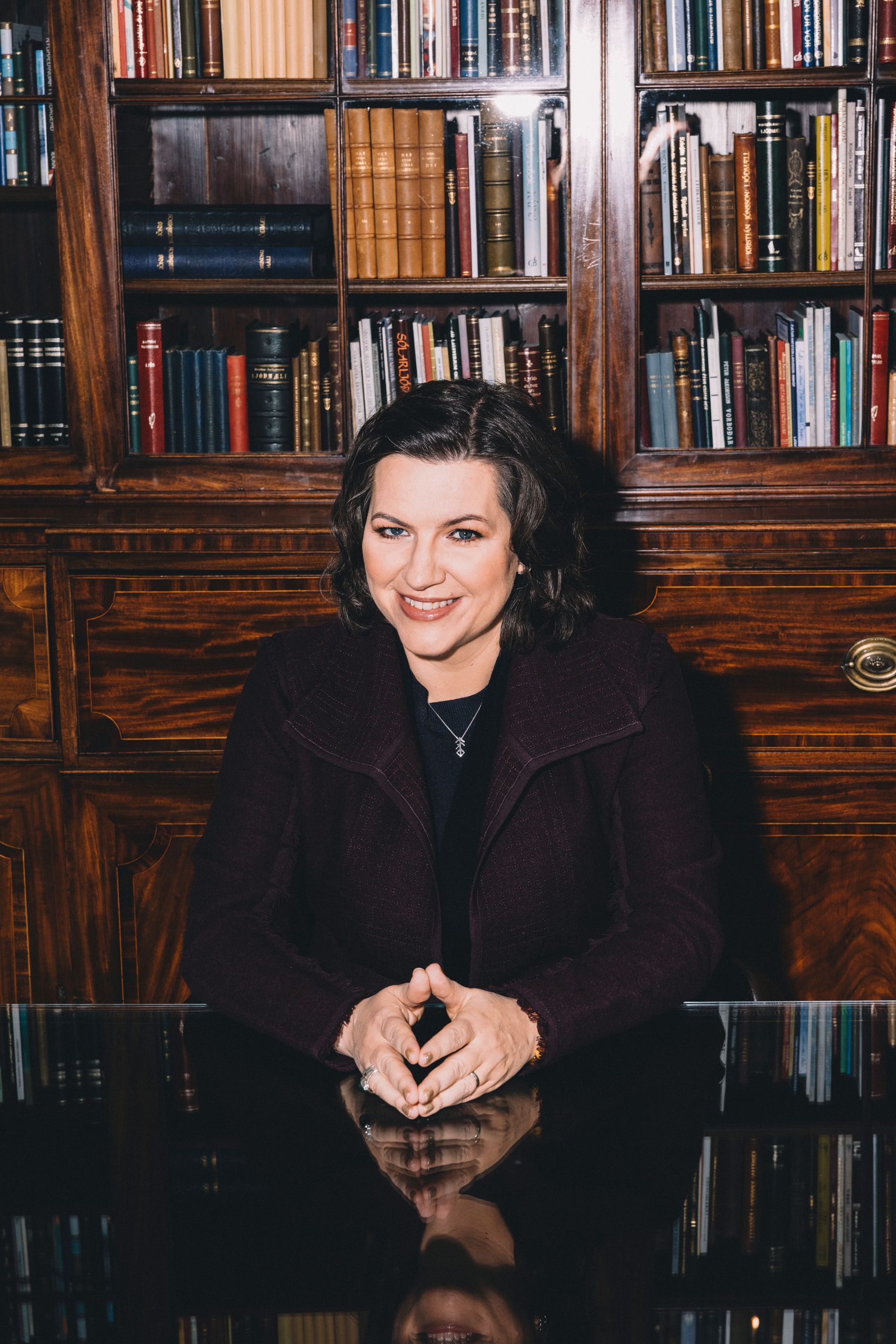 “I think that if I were the spouse of a head of state in a lot of other countries, I wouldn't be able to get away with a lot of the things that I say here. Why is that the case? That's the million dollar question,” she says. “I suppose partially because we have a long history of women speaking up and calling a lot of these microaggressions out.” Another dichotomous element of Iceland’s gender equality is how ingrained gender norms are in the language. This irony isn’t lost of Reid, who notes that the word for Prime Minister, forsætisráðherra, is masculine despite the fact that Iceland has a long history of women in roles of power, such as the current female Prime Minister Katrín Jakobsdóttir, who is also a published author of noir fiction.

The social support available to Icelandic parents – both women and men – is another contributing factor to nearing gender equality. “It's not an either/or between prioritising their job or being a mother,” Reid says, noting that both sexes receive paid leave regardless of employment status. “You can wear so many more hats in Iceland when you don't have to choose. And you'll see that throughout the Nordic countries. The whole system is designed to encourage women to go back to work after they have children, if they choose. And for fathers to take equal responsibility for raising their children.” 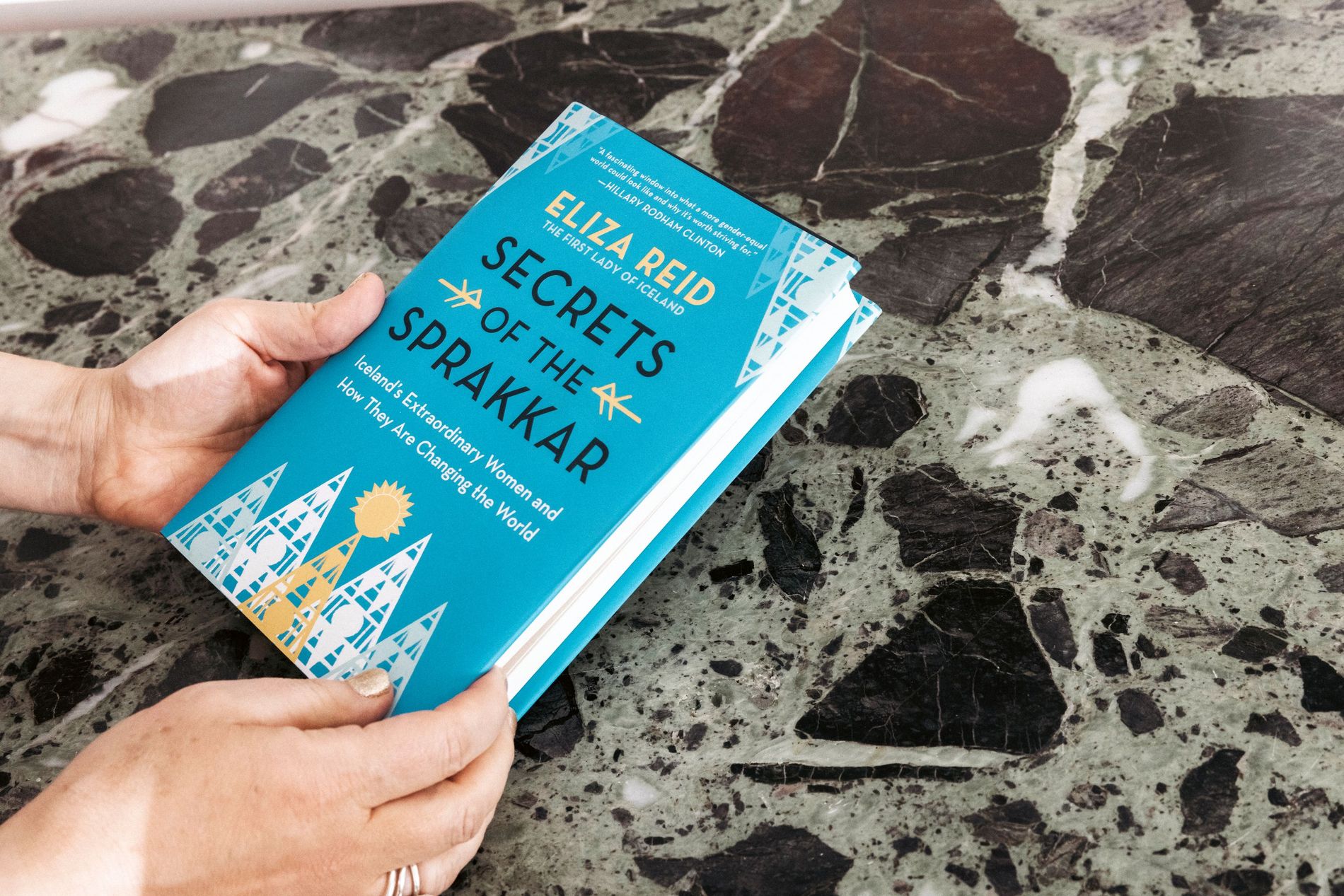 In Iceland, it also helps that there is a precedent for female leaders across sectors, from the Bishop of Iceland to the head of the police force, to inspire future generations. The government is almost equally divided between genders, and Iceland was the first country in history to democratically elect a woman as head of state – Vigdis Finnbogadottir, in 1980. “During the pandemic, the public saw the Chief Medical Officer, the Minister of Health, the Prime Minister, and the Minister of Education talking on television, and they're all women,” says Reid. Of course, similar dynamics prevail across Scandinavia today. “I love that Iceland is perpetually in a very friendly competition with the other Nordics for different lifestyle indicators,” Reid says. “And surprise, surprise, we also see them leading in other indicators like happiness and peacefulness and life expectancy and economic output. And I don't think it's any coincidence that all of these things tie together.”

Still, one area that needs improvement is corporate Iceland. To inch further towards equality, women’s access to capital and the C-suite is imperative. Reid says that high rates of reporting gender-based violence are also a forefront concern. “It's a paradox that the other Nordics see as well,” she says, also noting the importance of lifting both native Icelandic women and immigrant women. “You can't move towards equality with one elite group of women. You have to move towards equality with everybody. That's something that we can't forget.” 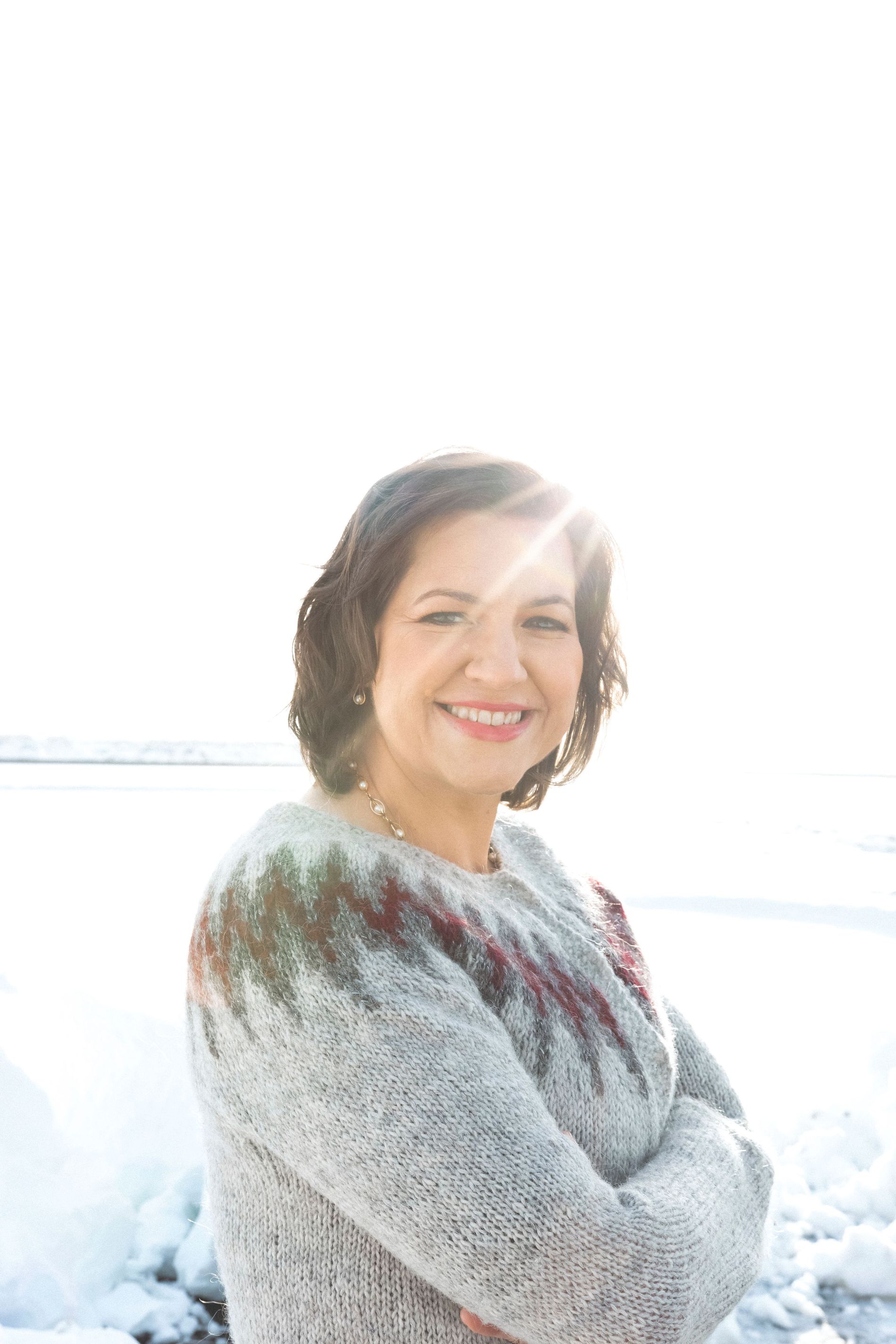 Reid wishes her legacy to be women’s liberation, full stop. “It's been such an opportunity. Hopefully that’s the message that comes through in the book,” she says. “We don't know what's going to happen to us in life and we all have moments where we can be a role model. And hopefully when we do, we don’t squander them. Hopefully we don't get mired down in self doubt or lack of confidence. And hopefully, we speak up and use our voices.”

It begs the question, would she ever consider a run for President herself? For the first time in our conversation, she’s momentarily at a loss for words. “Nobody's asked me that before,” she says. I tell her it seems quite obvious. “I don't know. I haven't even thought about it enough to give you a practiced politician's answer.” As she says this, she smiles.

'Secrets of the Sprakkar: Iceland’s Extraordinary Women and How They Are Changing the World' by Eliza Reid (Sourcebooks) is out now

Photography by Saga Sig
Hair and makeup by Elin Reynis

Style note: The aubergine jacket and jumpsuit is by Steinunn. Otherwise clothing and accessories are talent's own.