October kicks off Oyster season in Denmark, and the preservation, cultivation and celebration of the oyster amongst the Danes nothing short of hardcore. Here are the best spots to enjoy the national treasure

With the Limfjord European Flat Oysters the celebrated and only wild oyster in the world, Denmark cultivates a prized product for a global gastronomic agenda.

No one knows or celebrates this better than Colin John Seymour Jr, the director of the shellfish capital, Mors. “The prized and rare native Limfjord Flat Oysters are considered by leading chefs and me as some of the best in the world. I would describe their flavour as exquisite, slightly briny and umami-rich, slightly coppery aftertaste with a hint of iodine and hazelnut. The texture is very meaty and firm to the bite.”

Speaking to the initiator of the Danish Oyster Festival, Povl Lønberg, the role of the oyster in Denmark has been imbued in the city for centuries, even millenia, with kitchen waste discovered from the Stone Age including masses of shucked oyster shells. 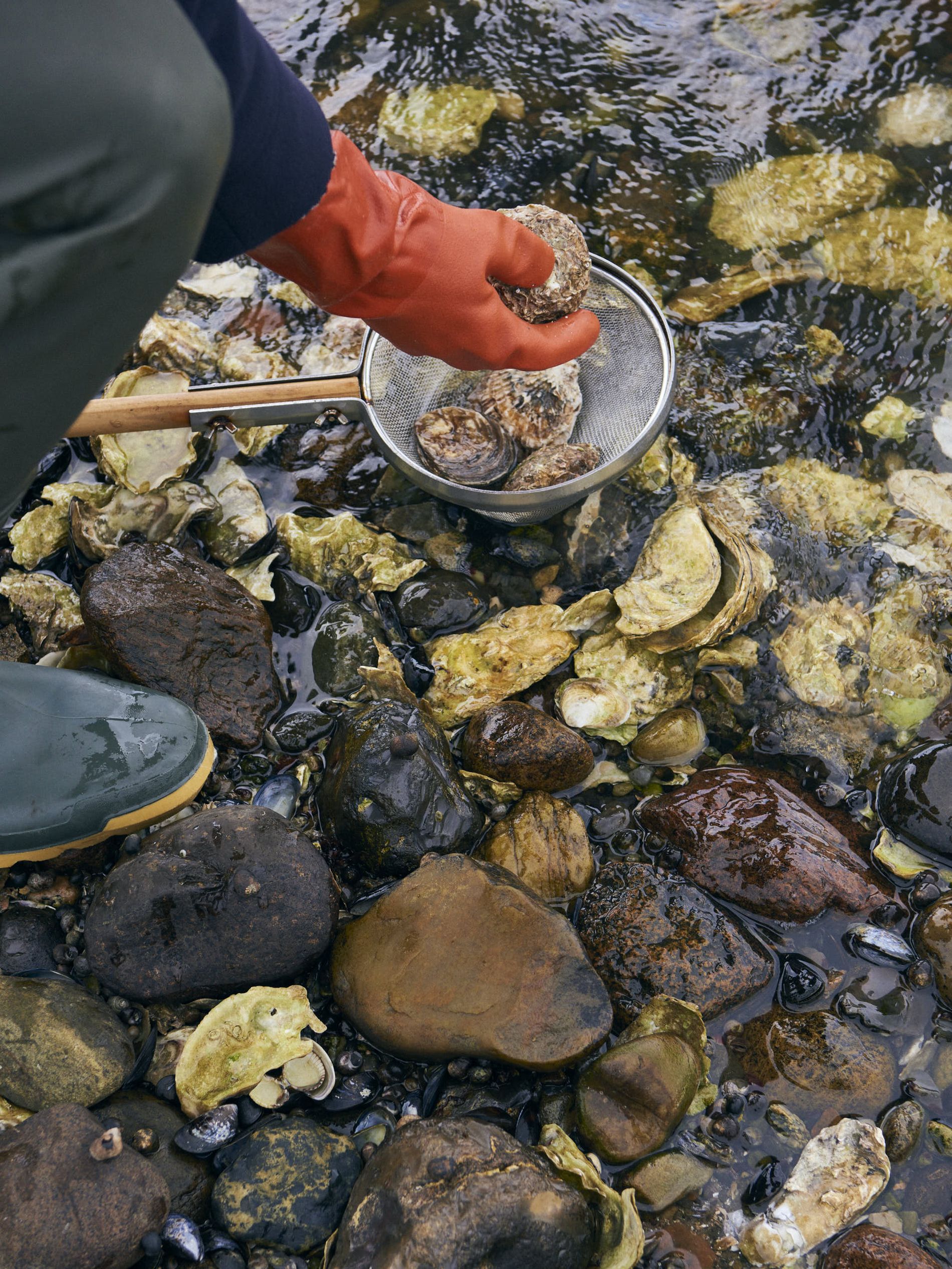 “The oysters at the Wadden Sea today are originally from the Pacific Ocean but because of the rare conditions, they develop a special taste and texture that have been given top grade around the world. We have approximately 72,000 tons of oysters in the Wadden Sea National Park — a Unesco World Heritage Site — and they are free to pick. With no production or transportation involved the oysters are totally climate friendly.”

Related: There's a reason Limfjord oysters are the best in the world

As the Danish gastronomic scene continues to bloom on the global stage, the interlocking of tradition and local ingredients has placed the oyster stridently at the epicentre. As oyster connoisseur Victor Monchamp notes, “To me tasting an oyster is like kissing the sea.” One cannot surmise it better than that.

Here are some of the best spots to sample the bivalve delicacy of Denmark:

Opened in 1910 on Gammel Strand, where the fish wives would sell the fresh catch of the day, Krogs restaurant is an institution for oysters in the heart of the city in Copenhagen. Preserving much of the original look and feel, oysters remain a core priority to the reigning identity of Krogs. Speaking to the head chef Nikolaj Mortensen, “for us at Krogs, the oyster is a big part of the restaurant history. For 110 years, oysters have been served from this place, so of course we still honour that history, and serve the best oysters we can find.”

What role do they feel the oyster plays for the Danish palate? “Now, for Denmark in general, I would say we don't value them enough, the vast majority of Danish people will say they don't like oysters, or never even tried them. Oysters are a bit like coffee in the sense that the first time can be a bit overwhelming, and I think a lot of people just give up after that, and never get to enjoy the raw untamed nature miracle that a fresh oyster presents.”

Verdict: A traditional choice that holds the oyster as a core delicacy and a symbol of Danish marine history.

Set into the meatpacking district, Fiskebaren has long been a restaurant of great fish since its opening in 2009. A place of familiarity for many locals and a consistently referenced spot for international guests, Fiskebaren is known for its plates of oysters set against the backdrop of a teeming drinking and dining estate.

For the team at Fiskebaren oysters are part of the heritage of Denmark — a delicacy that deserves to be celebrated. “Denmark has some of the last wild oysters in Europe, Limfjordsøsters. They are also called belon in many places and is — in contrary the Pacific oyster (the ‘normal’ banana shaped oyster) — flat in the bottom. We value this oyster very much and is some of the finest produce in Denmark.”

Their ever-presence on the menu only emphasises the role they play in the identity of Fiskebaren too — a simple menu where the fresh catch is king. ”At Fiskebaren we love oysters so much we always has a broad variety of oyster species — and serve them fresh and raw — the way we love them. And as we say: ’You have never seen an angry (wo)man eat oysters.’”

Verdict: Deliciously reliable local joint for a plate of oysters on a Tuesday night as much as a glass of champagne and a sharing platter on a Sunday.

If one is going to eat oysters in Denmark, you would be hard pressed to beat picking them straight out of the ocean. Based in Mors, dubbed the shellfish capital, the oyster safari brings the guests straight out to the Wadden Sea National Park. Designated as a world heritage site due to the area’s outstanding universal beauty and natural value, the Wadden Sea National Park is a tidal flat area of exceptional habitats, from birds, fish, mammals and oysters. Scouring the sea bed at low tide, guides ensure that the beauty of the oyster is experienced at source.

For oyster specialist Victor Monchamp, this is the penultimate experience of the Danish oyster. “Oysters from the Wadden Sea differs from almost all other oysters in the world, because they are not breed. Danish oysters are wild, and that is also what causes the great differences in Danish oysters in size and taste. If you put on your rubber boots and bring a bucket and go picking oysters in the Wadden Sea National Park, you will find oysters in all sizes, some are still babies, others have grown for years. The taste differs with the conditions, if it has been dry weather for long, the oysters will be a bit more salty. If it has been raining, the taste will be more sweet. It is like the children’s candy Kinder Egg where you never know what you will get, except that it is a surprise.”

Verdict: Rather than dressing up for an occasion out, perhaps the truest of luxuries is sitting on the side of the ocean with a hand-picked oyster, chipping the lid off and experiencing a bivalve literally plucked from the ocean.

Related: Check out the best spas in Copenhagen for ultimate bliss

Nestled in a courtyard and cultivating the look and feel of an uplifted brasserie, Esmée is the newest restaurant to open with a celebration of the oyster as centrepiece. The cross section of greenery with brasserie is allows the menu to stand as firm focus, the surroundings the perfect complementary.

For head chef Andreas Bagh, "oysters are a very raw materiel — I personally love the fact that we eat it right out of ocean. The association that oysters give is very near to the feeling we pursue to deliver at Esmée."

Verdict: A decidedly metropolitan take, the oyster takes on the leading role at this new destination.

With the oyster bar, founded by Svend Bonde of Glyngøre Shellfish, fishing skipper, 5th generation fisherman and diving instructor amongst other skills and accolades, Svende has founded a company on sustainable, ethical and local fishing that has gained national status.

Glyngøre Shellfish was appointed as the Royal Court supplier by HM the Queen in April 2021. Open only Thursday to Saturday for only a few hours each day, the oyster bar of Svend Bonde is set upon the view of the ocean with the oyster as the celebrated delicacy to enjoy, taste and discuss with other guests.

Verdict: Learn and sample from the best. If they have the Queen’s seal of approval their status reigns as less of a delicacy but more of an experience. 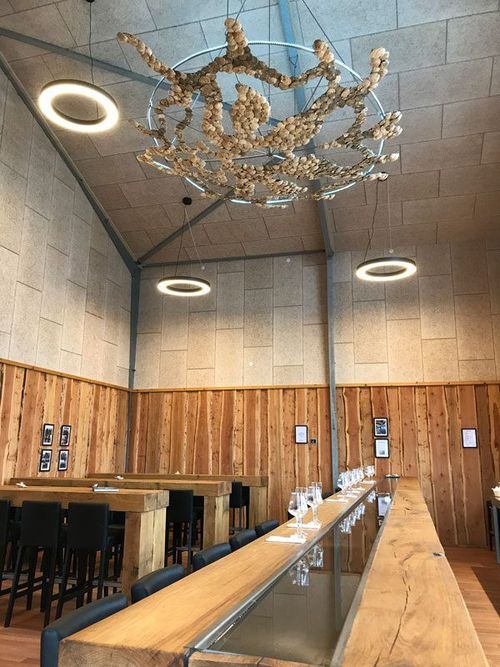 Nestled in the heart of Copenhagen is Torvehallerne, the bustling indoor market that attracts the visitors and the weekly shoppers alike. From those visiting to have a glass of wine to those looking to get some fresh chard or baby potatoes, Torvehallerne is a meeting point for good food and a reassuring conviviality.

Here, amongst the stalls, Den Grønne Kutter has carved itself as the independent fish monger that alongside their fresh fish on offer is one of the most underrated spots for slurping back a tray of oysters. Serving seven varieties, from either France or Denmark, from the feted Gillardeau oyster (each individual shell branded with the trademark encirculed G) to the Limfjord, the focus of Den Grønne Kutter is on immediate enjoyment and satisfaction — the importance of connecting to the magic of an oyster shared with friends. As the fishmonger Frederik shugs another one for a plate, he smiles “the best thing is that you can almost taste where each oyster is from”.

Verdict: With prices starting at 120DKK for a tray of six, there are worse ways to while away an afternoon — Den Grønne Kutter takes a democratic approach to the oyster as a source of accessible enjoyment rather than an exclusive dinner reserved for the wealthy. 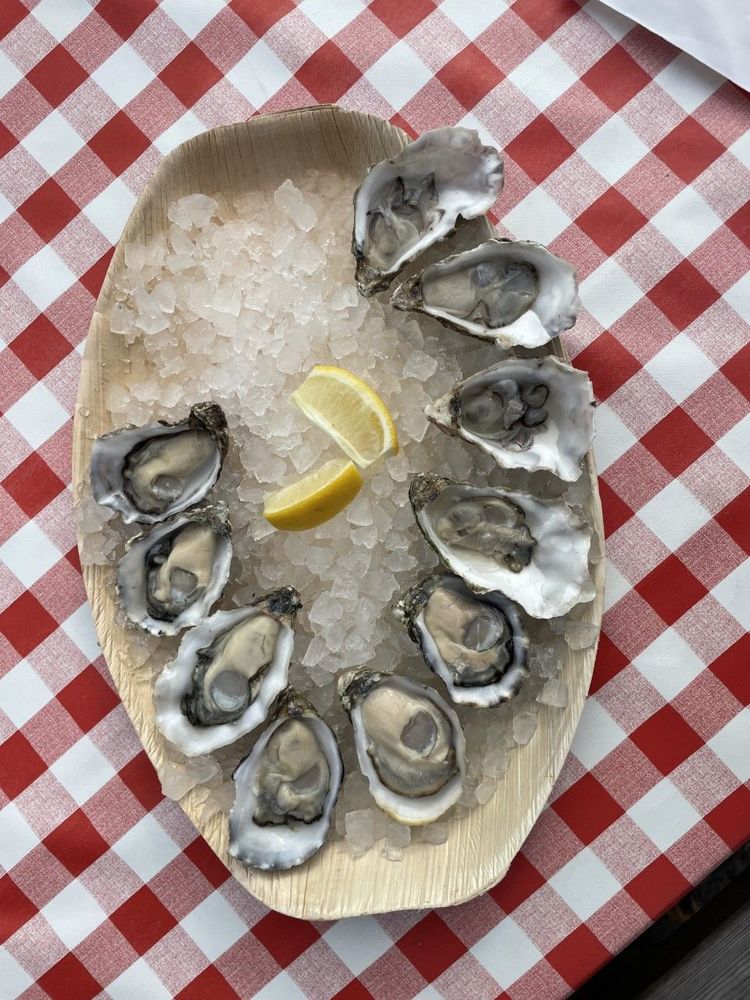 Situated in the iconic building Fjordenhus in Vejle, Lyst was created in close collaboration with Studio Other Spaces, Olafur Eliasson and Sebastian Behmann – the resulting building as remarkable as the menu.

With a 20-stage menu circulating around the four elements air, fire, water, earth, the dining experience is one to be savoured, with the role of the oyster a key flavour to the evening’s palate. With raw ingredients at the core and a 100 mile radius limit for sourcing, Lyst looks to empower the local and the responsible as true emblems of modern dining.

Verdict: One for the memory books, Lyst is a celebration of fine dining in the most exceptional setting, perfect for a milestone moment.

Related: Our guide to the most Instagram-worthy places in Copenhagen