Divination in runes is an ancient art that can be traced back to the Norse God Odin. Old scriptures show that the Vikings then continued this tradition - they even used used rune symbols in jewellery, clothing and weapons to boost their energy.

When we're born, we all get our own rune stone (find yours here). This birth rune indicates the abilities, talents and resources that you bring into your life.

But as the universe is constantly changing, daily, weekly or monthly runic astrology can tell you how events, actions and things affect your life. It can also reveal what energies, events and changes are occurring, and how you can best act on them. A runic horoscope is a guide to your spiritual journey and a guide on how to live life to the fullest. 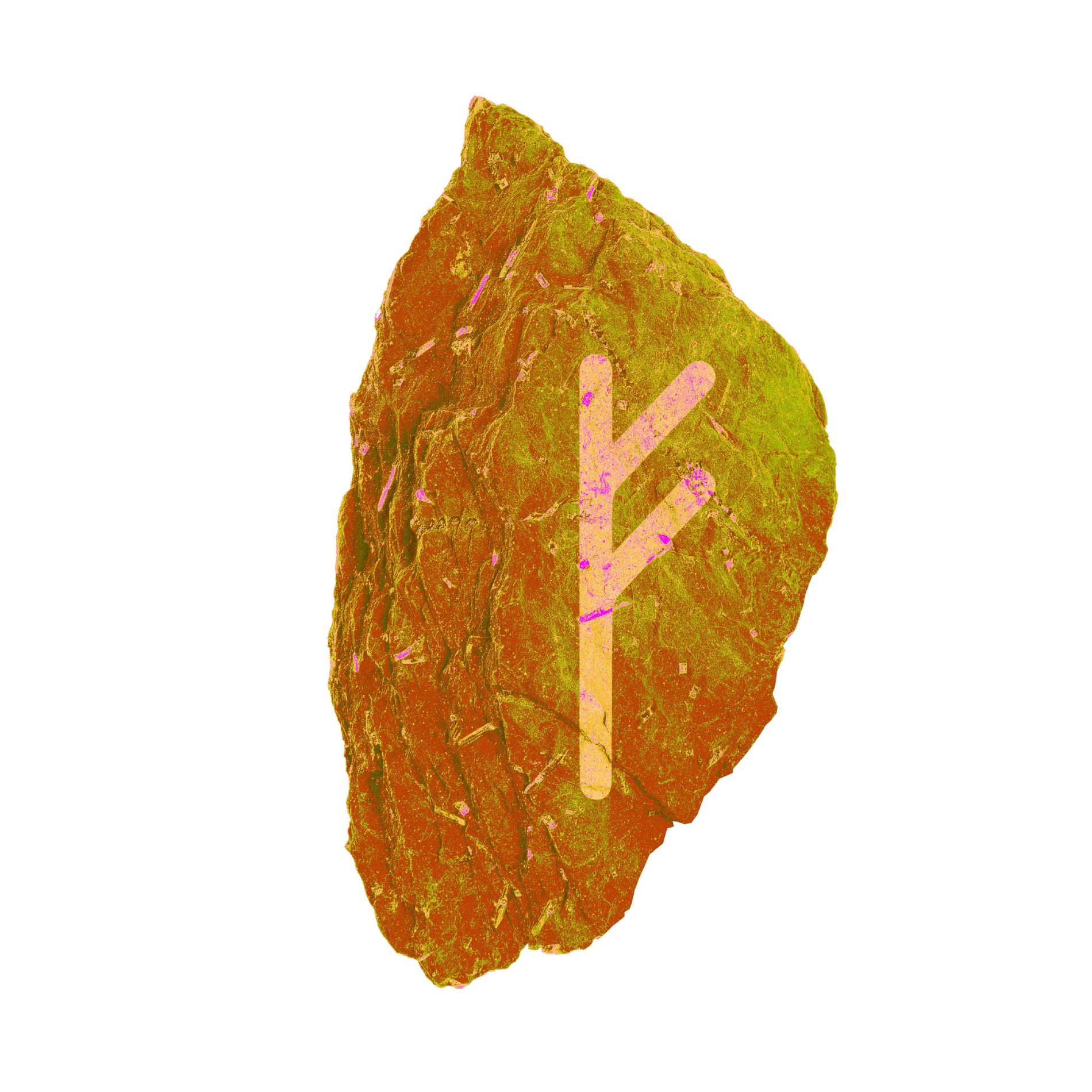 If you have been in doubt of whether to start a new hobby, sport or activity you can rest easy that it will turn out well, if you make your decision in connection with Tuesday's lunar eclipse. Any creativity barriers will also disappear then and in the days surrounding the eclipse. Relationships you initiate now, especially romantic ones, will be long lasting.

This week is the best time of the year for you to start a new activity, hobby or sport. It is also the best time to enter a romantic relationship. A flirtation could arise in a group setting and could feel like fate. The things you initiate during a lunar eclipse like this one can last up to half a year or more. 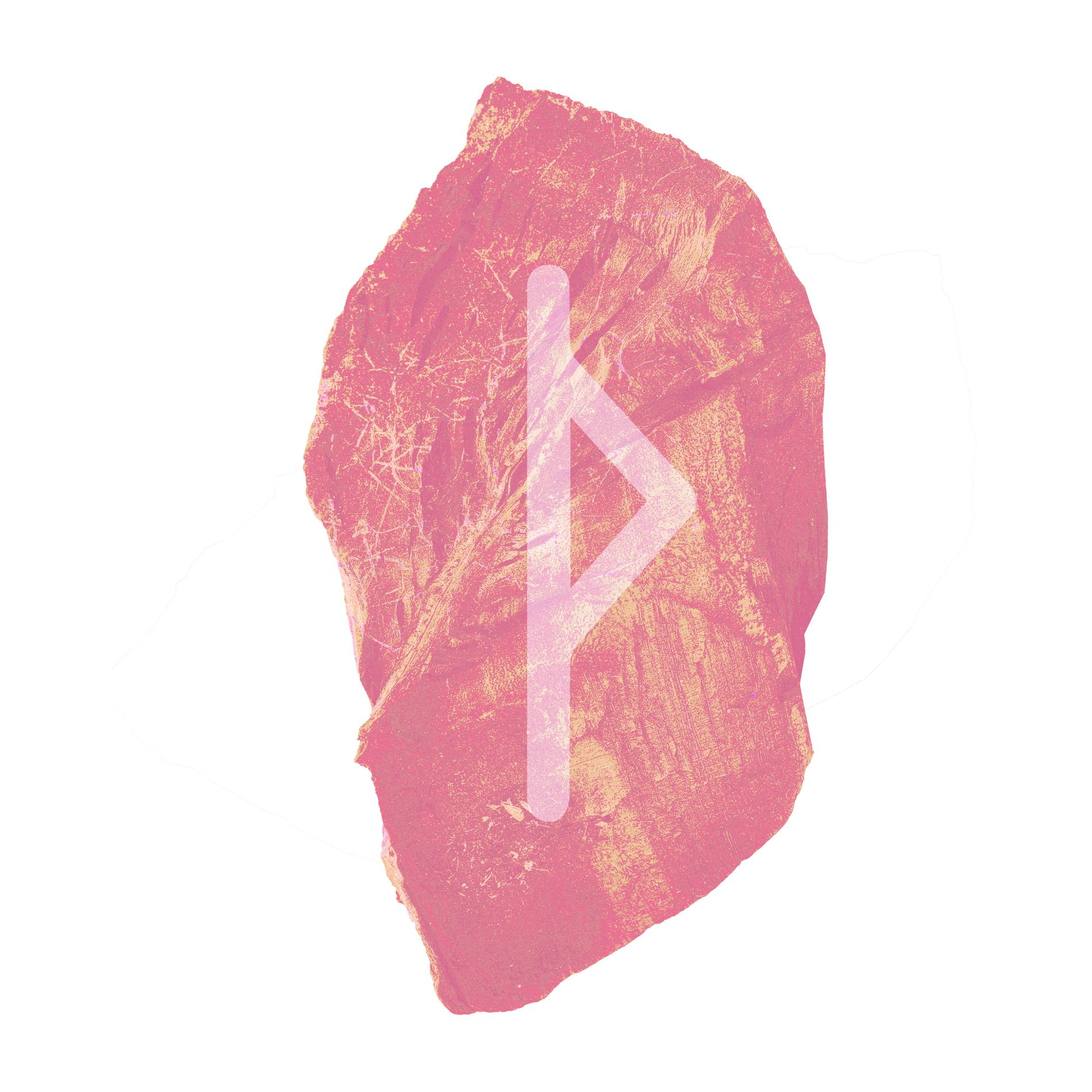 Your energy and optimism will increase throughout the week. If you have been focusing on yourself in recent weeks, you’ll have gained a clearer sense of where the road should take you next. You now have an energy and a drive that makes others follow your path, both at home and in work. But avoid walking over others in your eagerness to complete projects. Both at home and at work it will be important to be responsive to the needs of others. Your energy is higher than usual and you are eager to get started with your projects. Respect other people's boundaries, not least of all a potential partner. Renovations and other things you start now could take longer than expected. 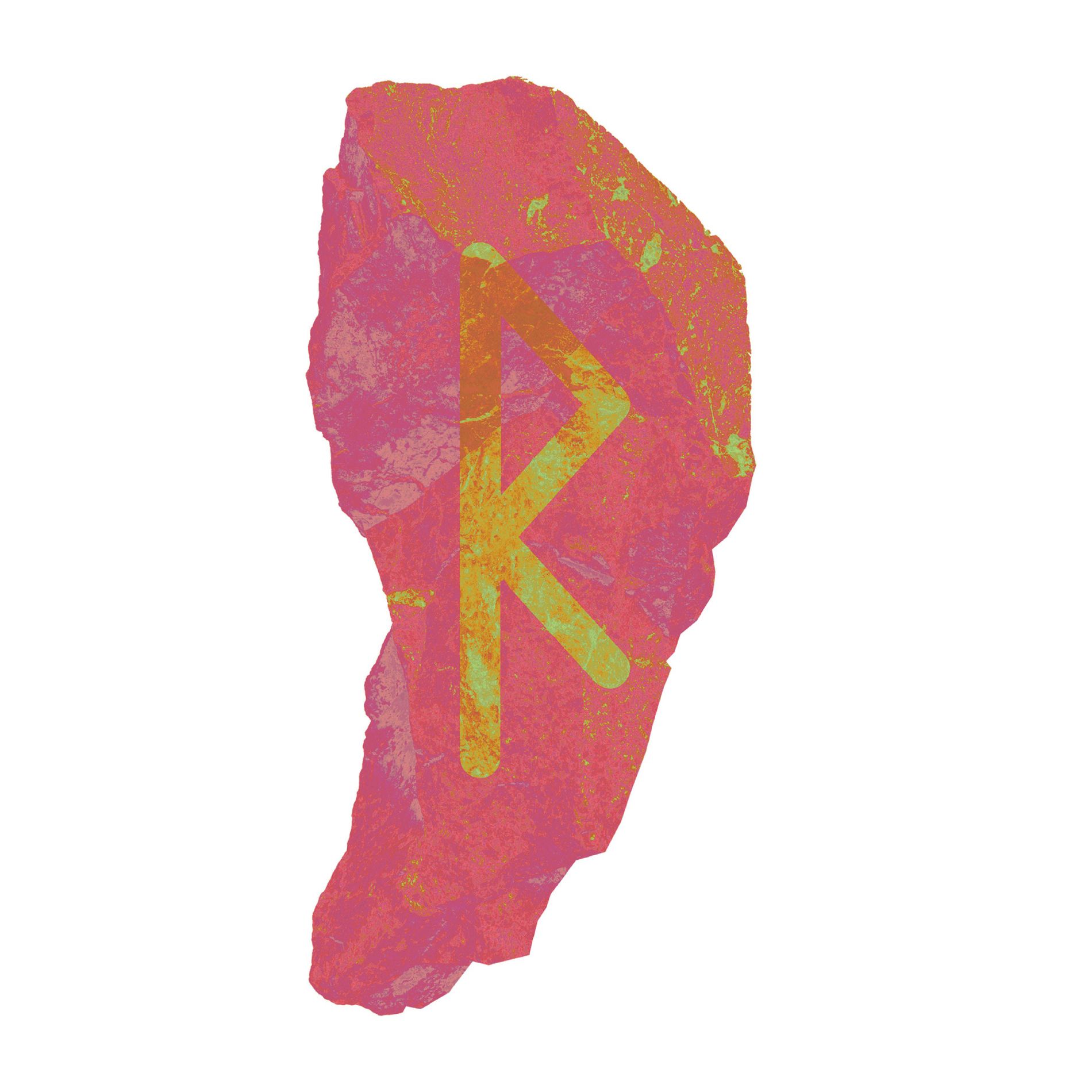 If there are any contracts or agreements you want to fulfil, it will be beneficial to conclude them in connection with Tuesday's lunar eclipse. Agreements with neighbours, siblings and others in your immediate area may come up and become more important to you in the next six months. Think strategically. Be aware of what you want to achieve. 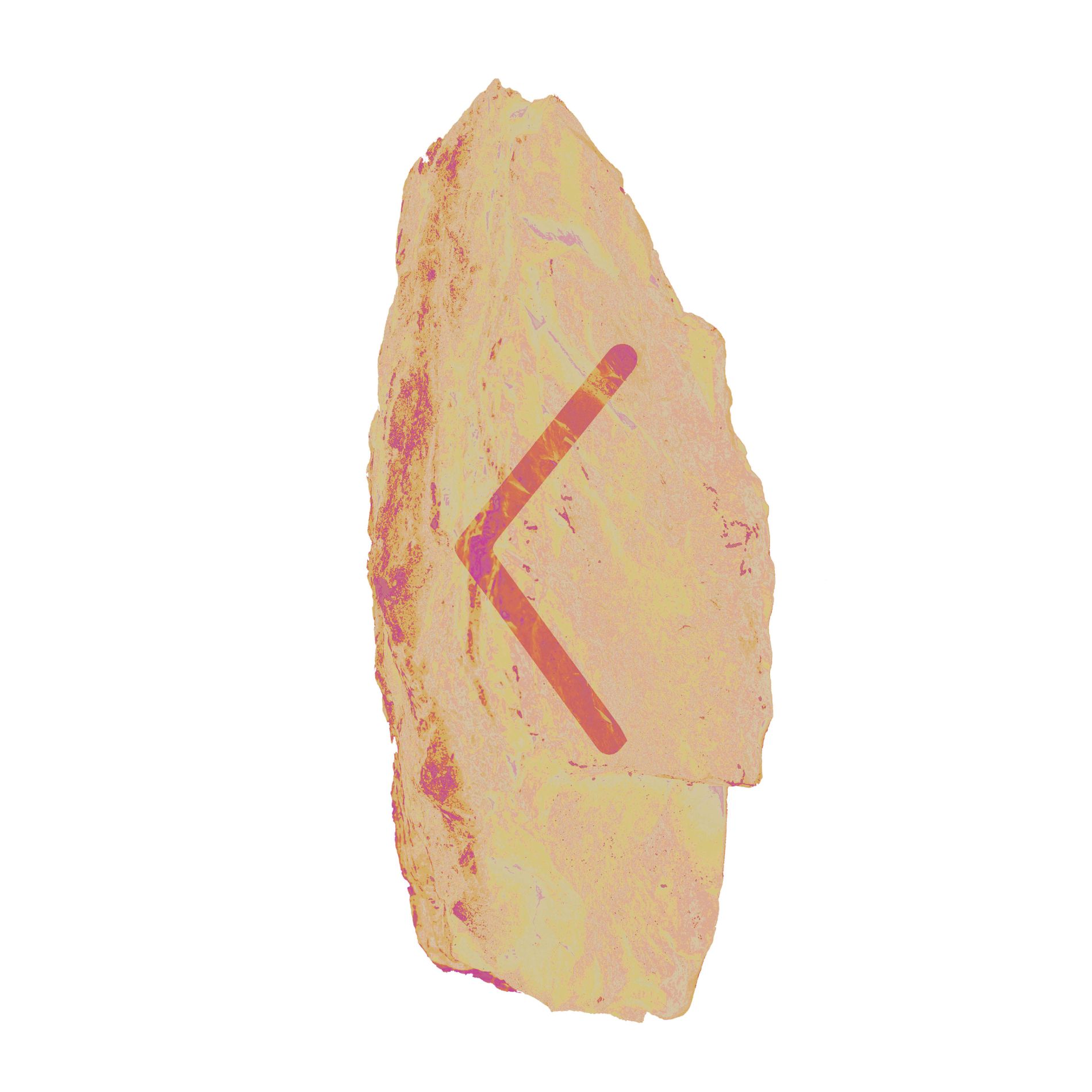 The everyday flurry of activity will be higher than normal now. Neighbours, siblings and others in your vicinity may need your help or want your company. Relationships and contracts you enter into now could last a long time – up to half a year – or perhaps even become permanent. Trust your instincts. 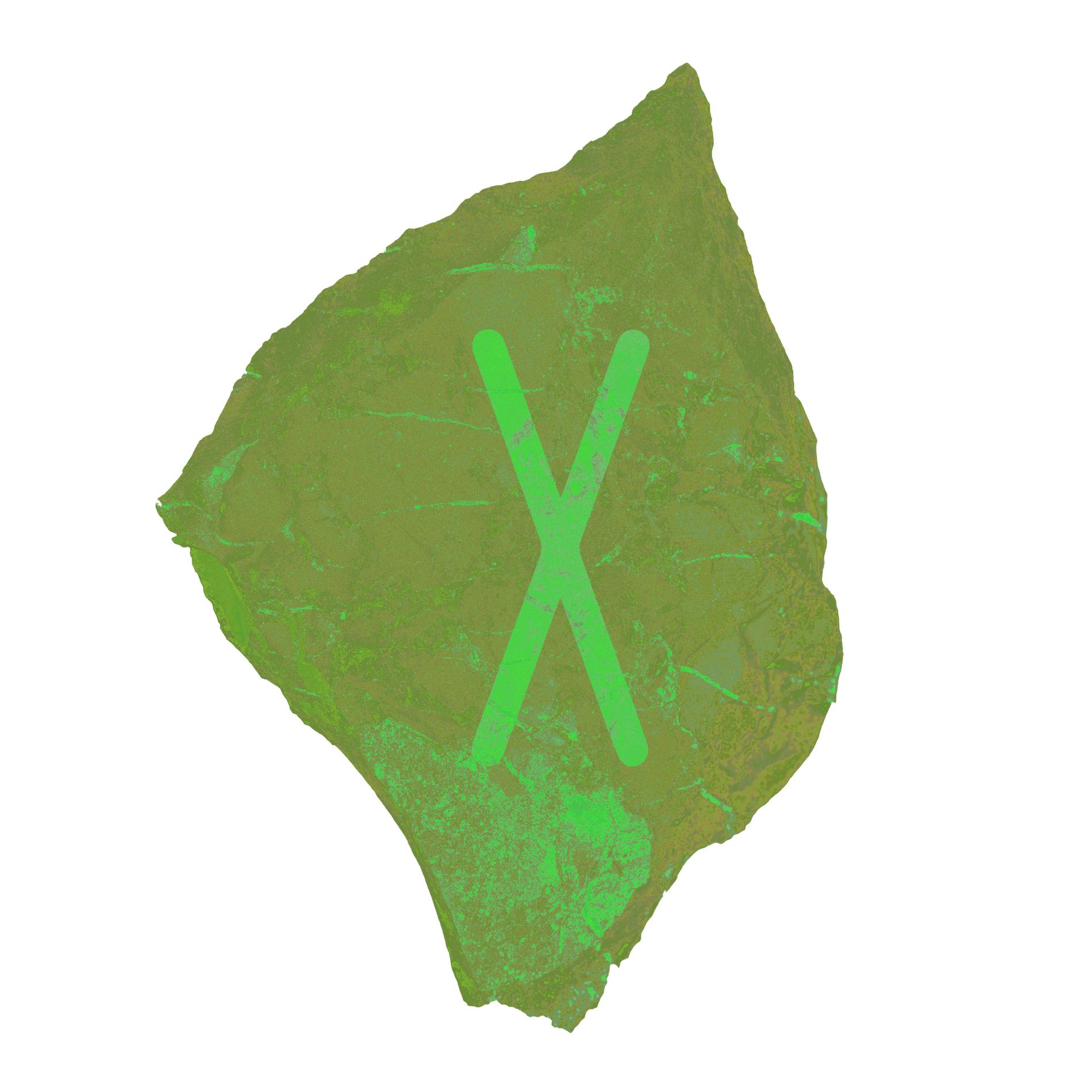 Be aware of what is yours, but don't let it steer when it comes to choosing in love. Maybe you’ll have to mark your territory if someone gets too close, but rather, observe it from a distance. Maybe you’ll see the situation in a new light. Decisions you make in connection with Tuesday's lunar eclipse may become permanent. 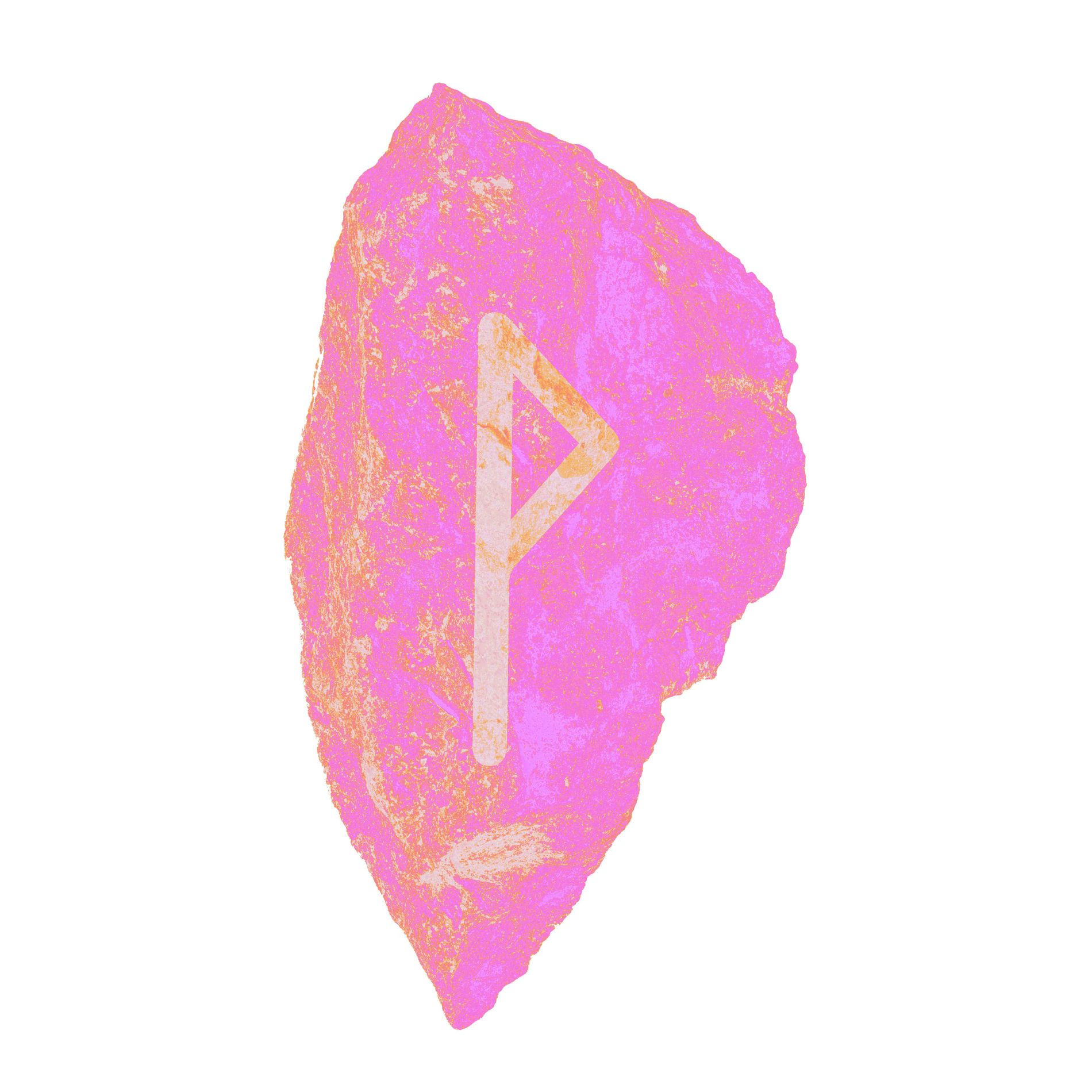 Your values are being brought into focus. Both the ethical, and the material. When it comes to love and friendship, you may be attracted to someone with different ideas and visions than you. Be open to what lies outside of your usual comfort zone. If you are in a relationship, you could become too pushy in the face of something you want. Find the balance. Tuesday's lunar eclipse is in your own sign, and you may find that you become more emotional and capricious than usual in the surrounding days. Allow yourself to be vulnerable to the emotions, feelings and thoughts that come up in the first half of the week. Leave enough time for yourself to recover between activities. 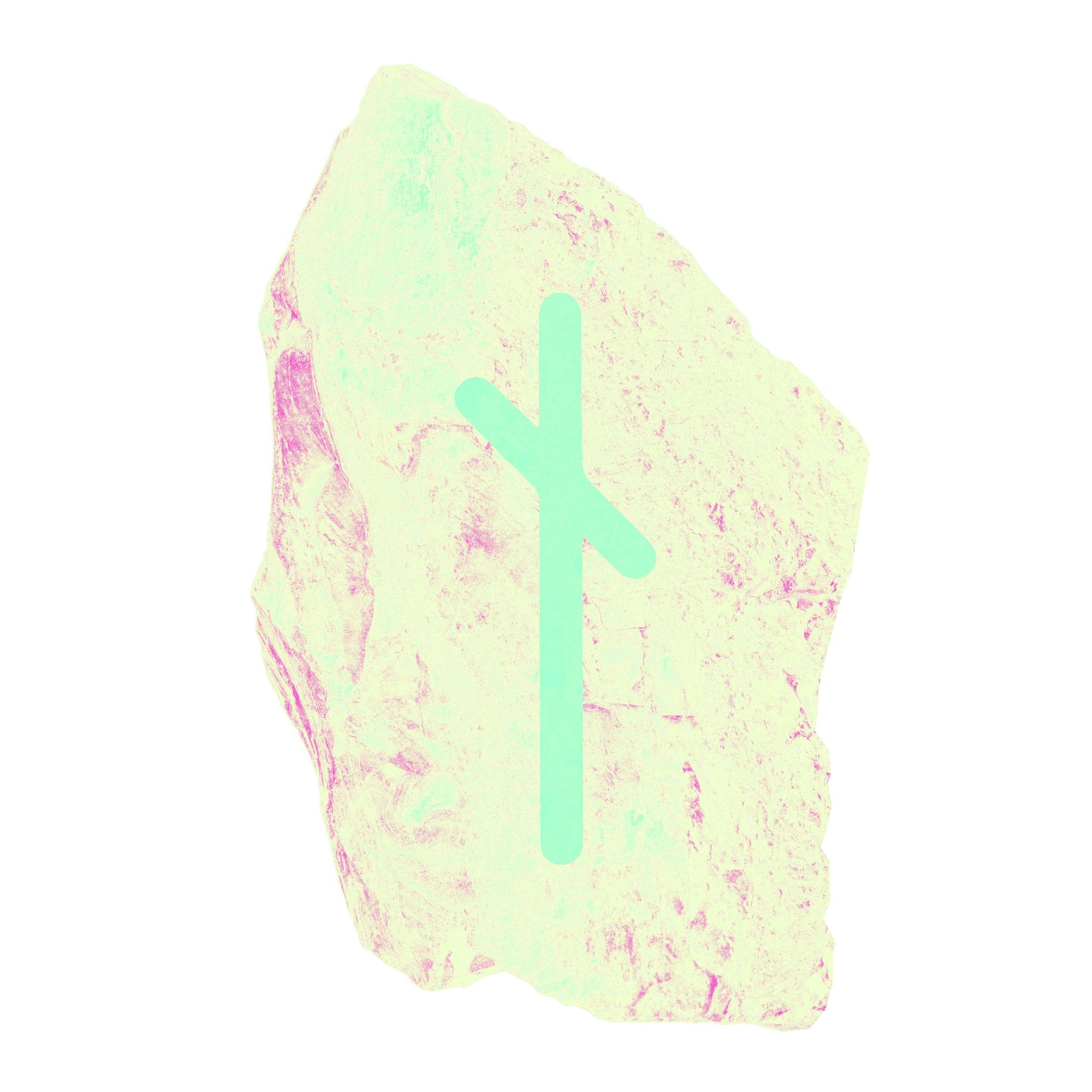 You might feel more exposed than usual. Take your vulnerability seriously. A lot is happening on several fronts in the next few days, especially in the first half of the week, in connection with Tuesday's lunar eclipse. It is a favourable time to upgrade your appearance, whether it be your wardrobe, hair or another change in style. 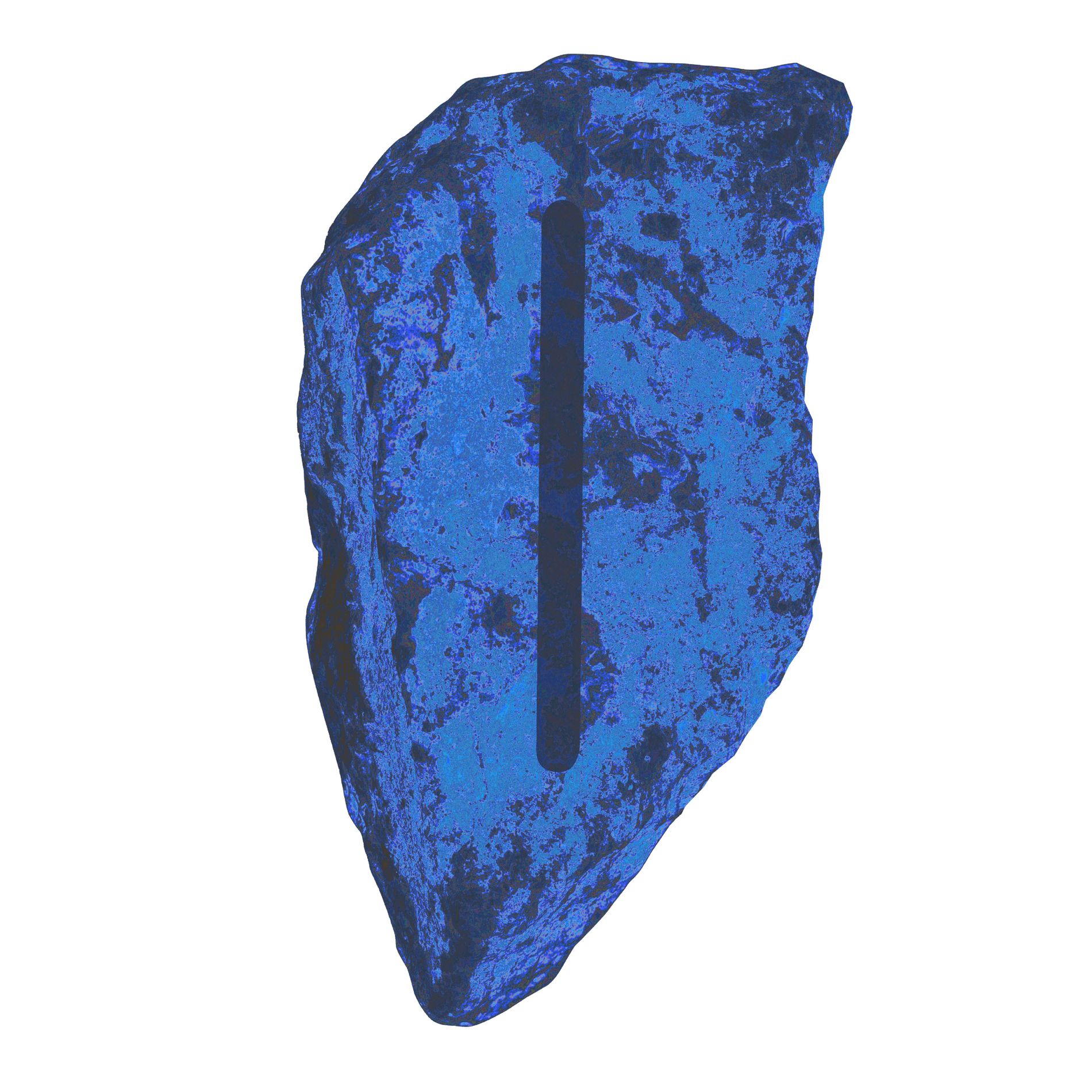 Engage with any strong dreams and ideas that come to the surface this week, especially in connection with Tuesday's lunar eclipse and the days that surround it. Being the rational being that you are, you often push such thoughts away. But now it could be a good idea to take the time to listen to your inner self. 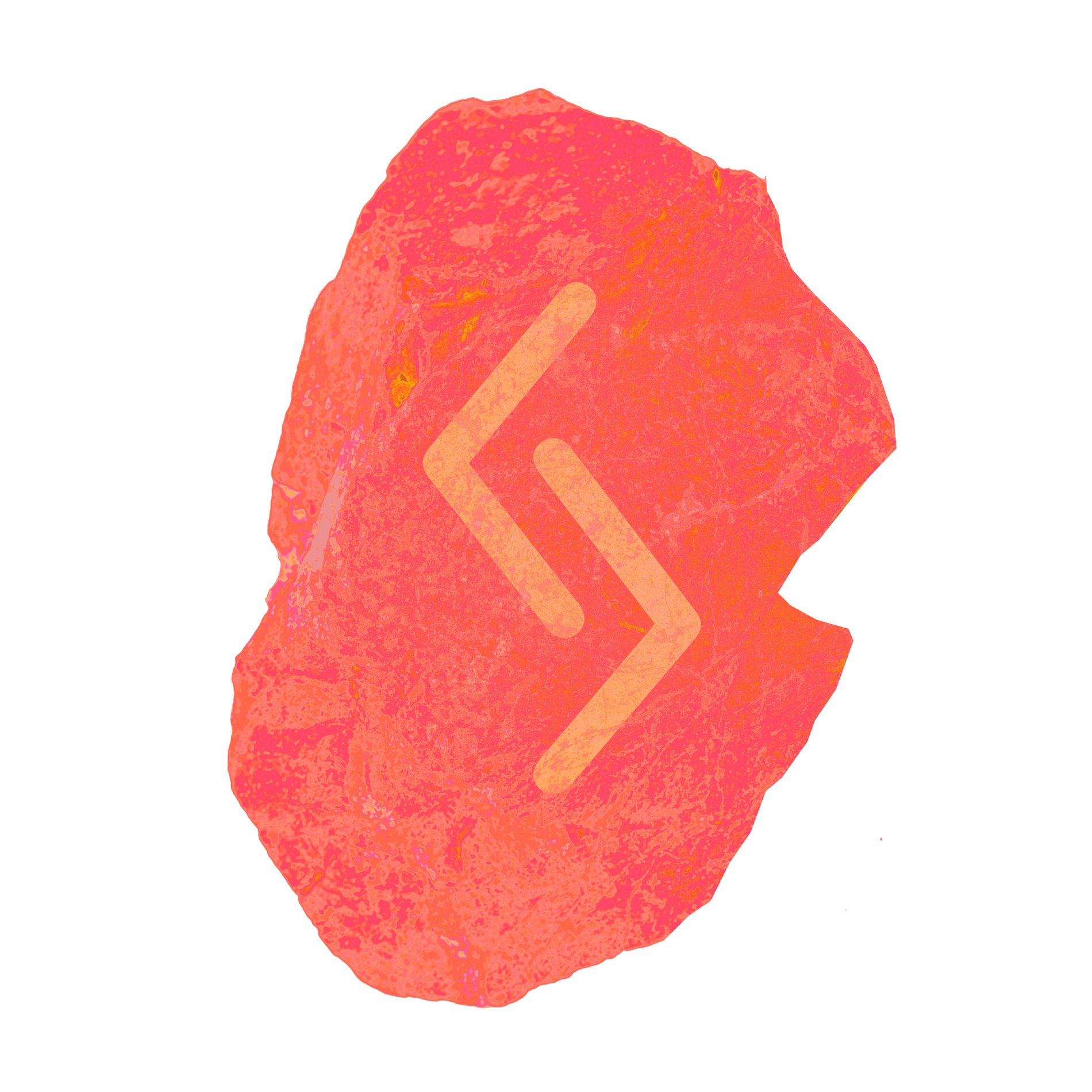 The ideas and thoughts that come up now, especially from your inner being, could be the start of something new. They could lead to something beneficial for you in the long run. New acquaintances enter your life, perhaps with a romantic undertone. You will most likely meet someone at work, or in the new venture you are involved in. 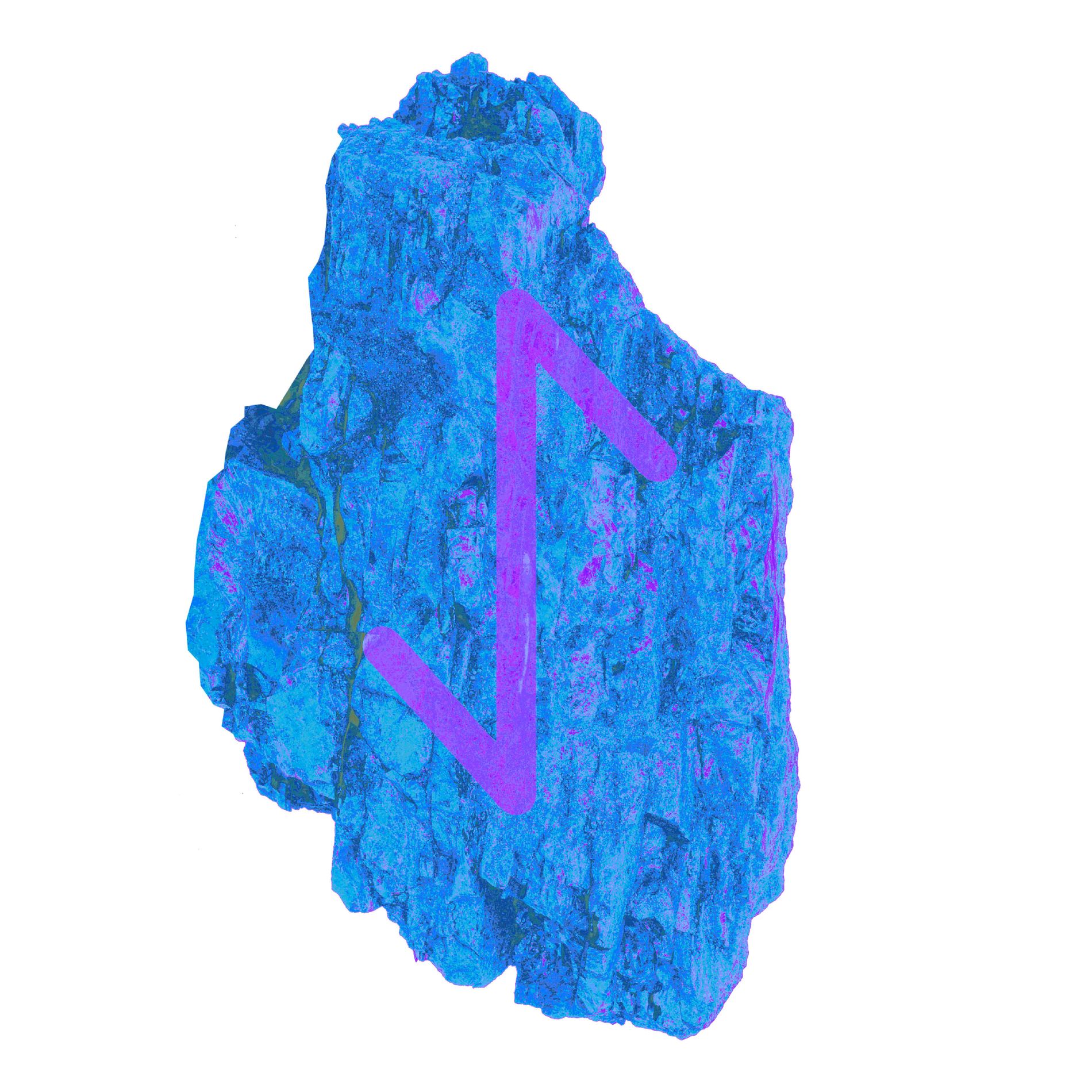 You might get some form of recognition and acceptance at work or in a group setting. It could be related to something you have been working with over some time. Simultaneously the Universe indicates that new opportunities are coming your way. Think before you decide. What you start now could last up to six months or longer. 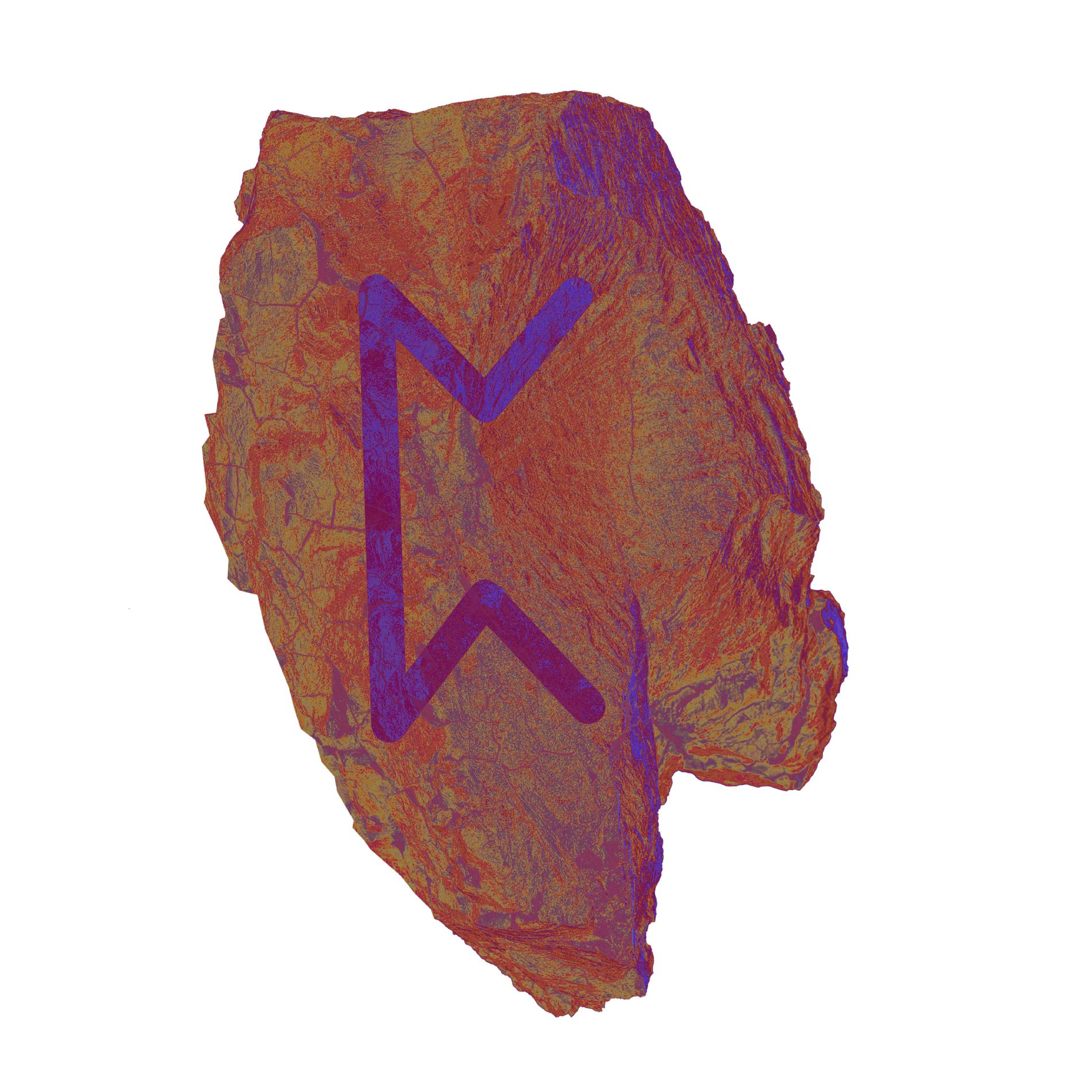 If you want better conditions such as higher wages or other benefits, you are being met with one of the best times of the year to negotiate it. Prepare yourself with your arguments about what you have achieved. Use facts. Flirting and potential romance occurs in group settings or with organisations you are in contact with. Take the initiative.

A new position, or something else you would like to achieve could become a reality in connection with Tuesday's lunar eclipse and the days surrounding it. Play your cards right and trust your intuition. Whether you are looking for a new job or working for improvements in an existing workplace, you have the universe on your side. Reach out and grab it. 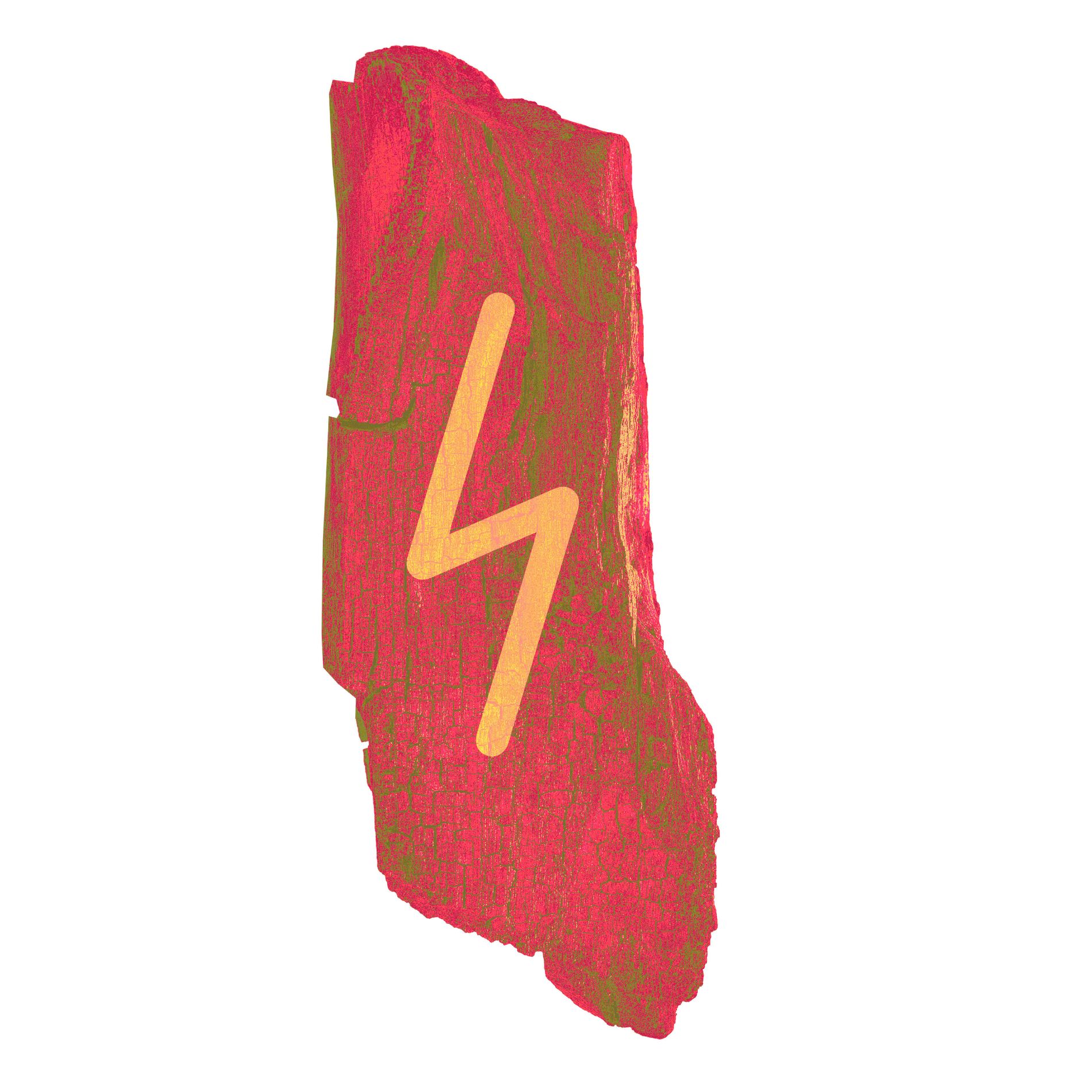 Creative impulses could result in romantic encounters if that’s something you’re searching for. Those in relationships will experience a harmonious time, where quality time together will strengthen intimacy and bonds. You might achieve something you've been looking for, at work or in the public eye, in connection with Tuesday’s lunar eclipse and the surrounding days. Look ahead. 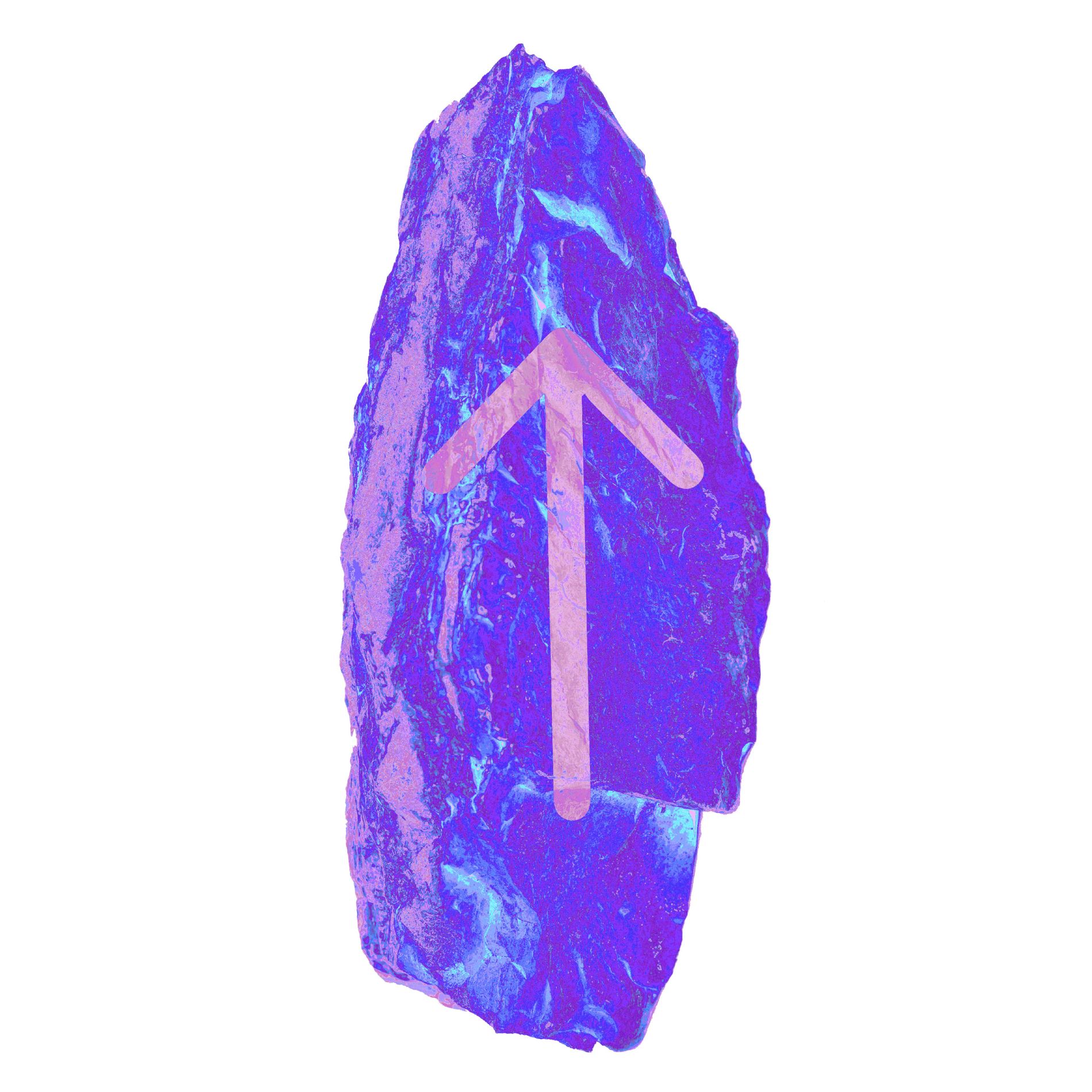 Your values may be challenged in connection with Tuesday's lunar eclipse. Say what you think and stick to your philosophy of life, but be open to receiving other people's knowledge. Perhaps you have grown and changed without being aware of the process. Now is the time to welcome insight. 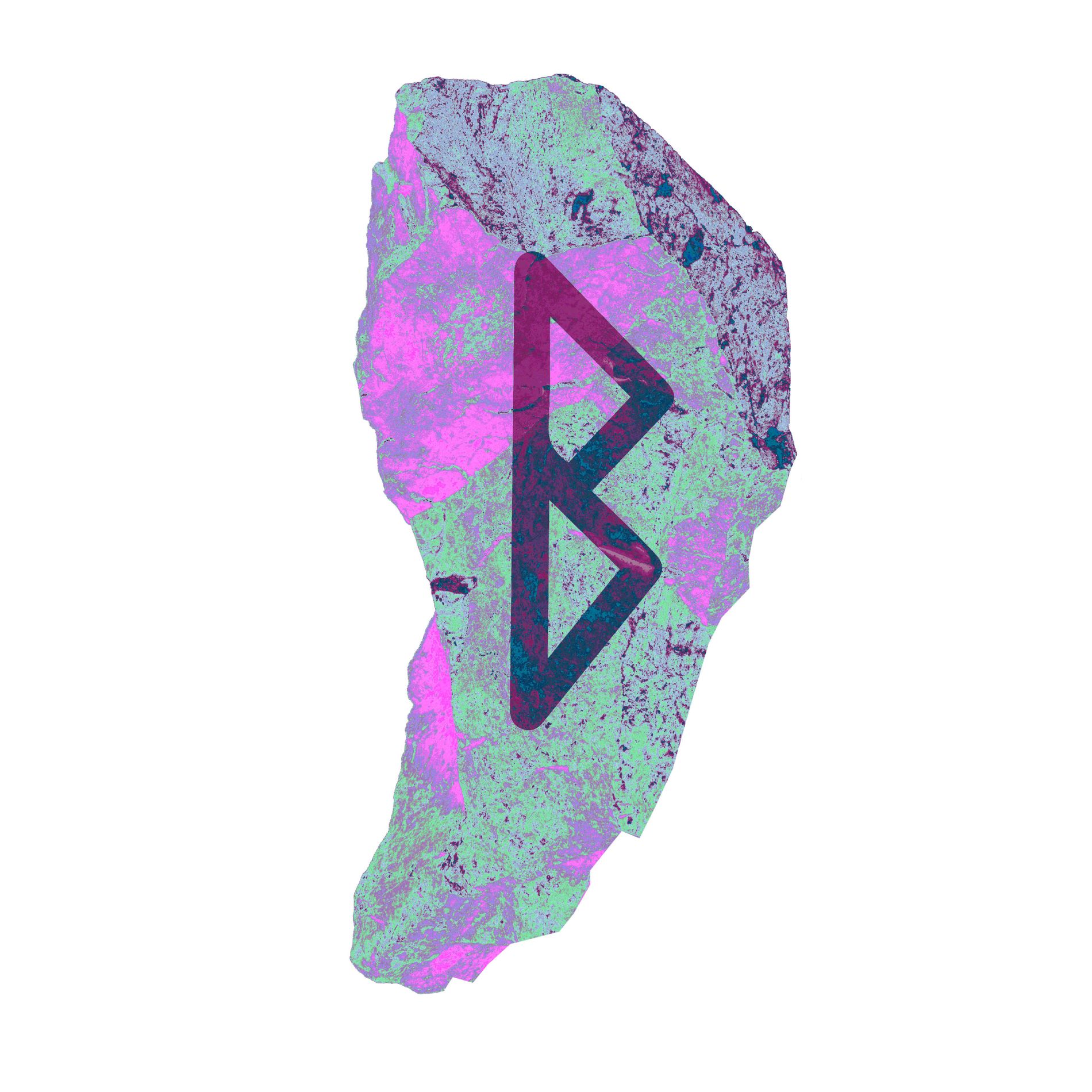 Contacts or collaborations you have abroad, whether they are already in place or developing now, may prove to last up to six months or longer. Think carefully about whether something is right for you before committing to it. What you believe in may become more important to you in the coming days, especially during Tuesday's lunar eclipse. Romance will be at its best in the second half of the week. 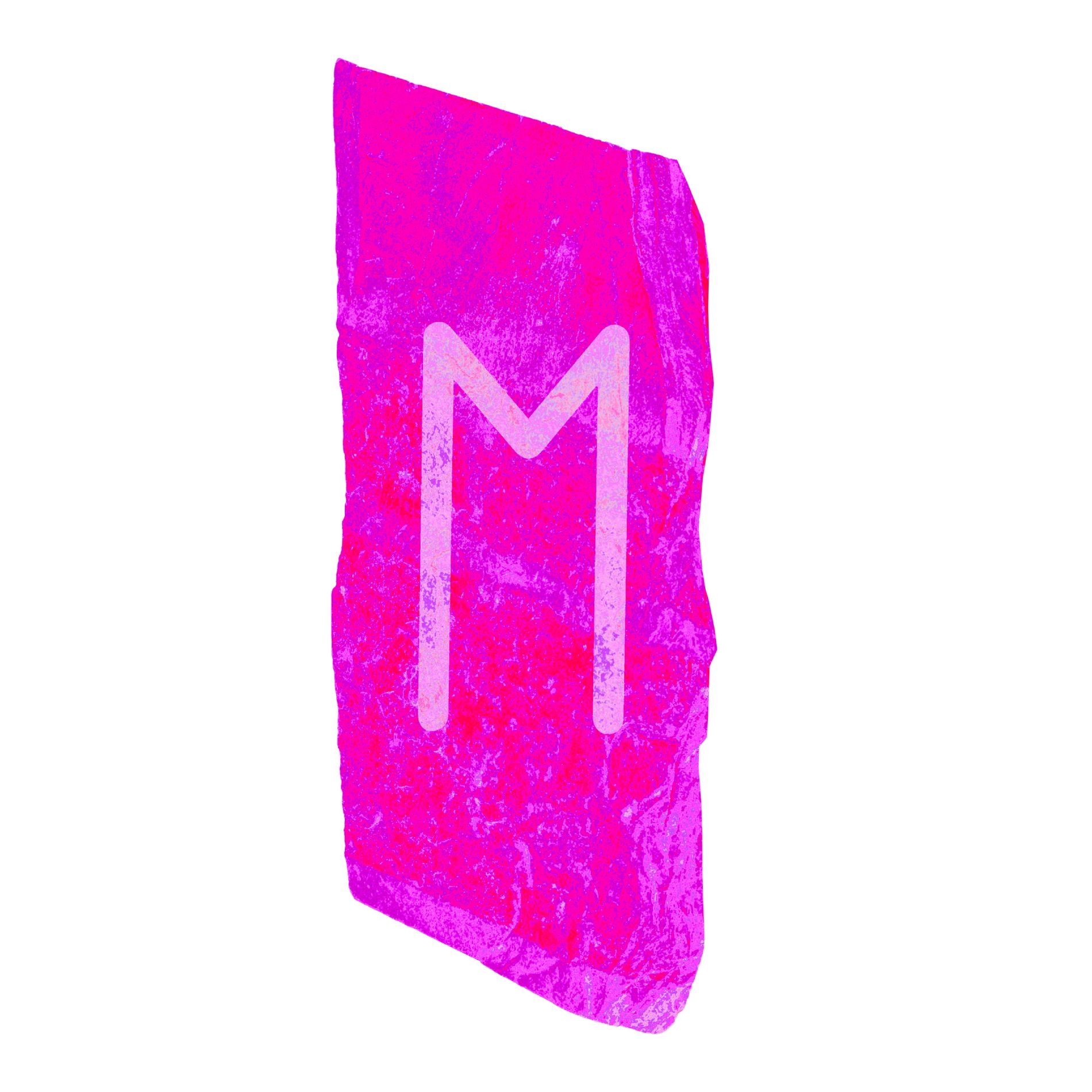 Favourable agreements involving other people's resources, especially your partners’, might become a reality in connection with Tuesday's lunar eclipse and the days that surround it. But be aware that agreements you commit to now can last for a long time, up to six months or more. Think long term. 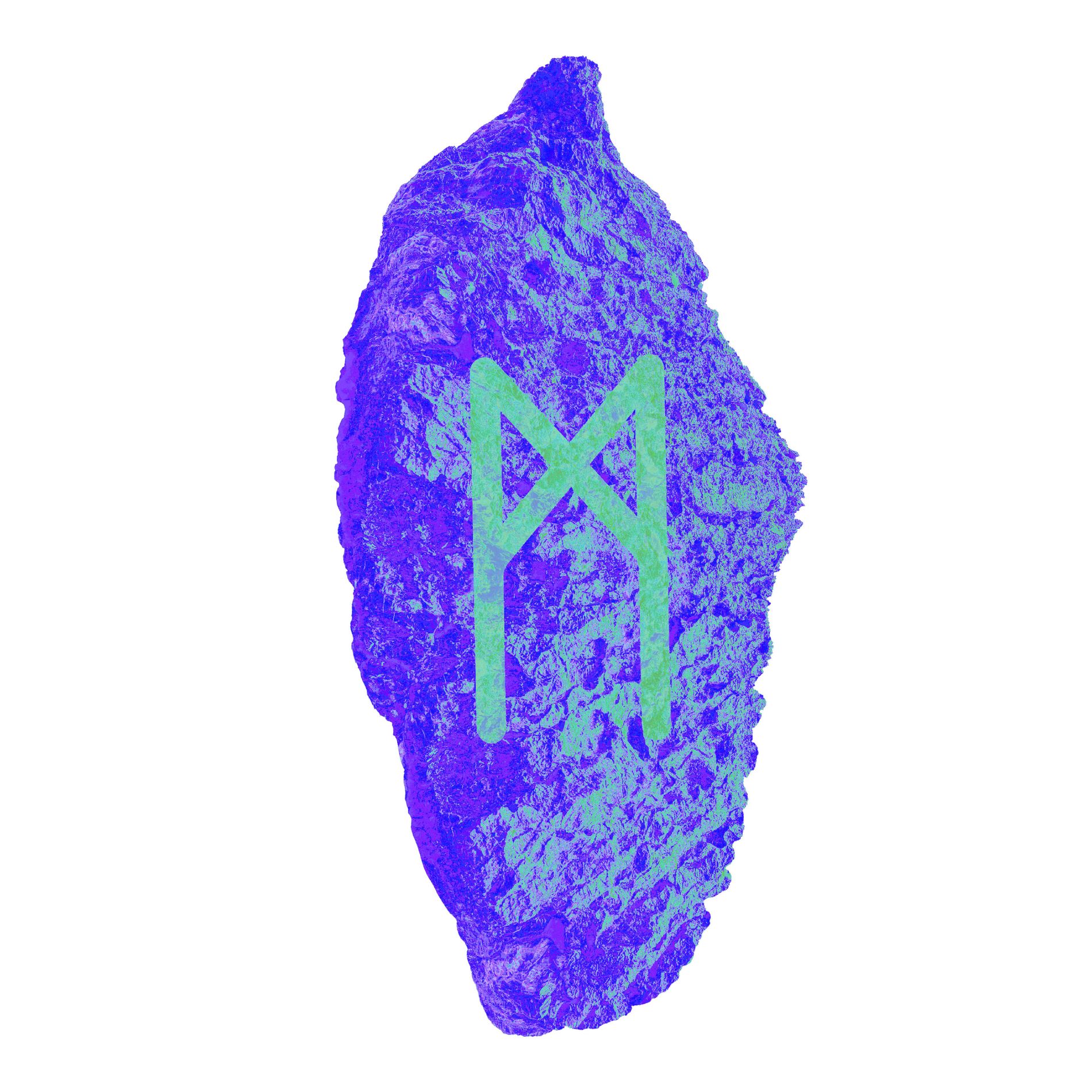 It's time to review new and existing agreements you have with others. If you are unhappy with the terms, you should renegotiate during this week, or think twice before signing. The universe indicates that you may be lucky. However, rely mostly on the facts and avoid gambling. 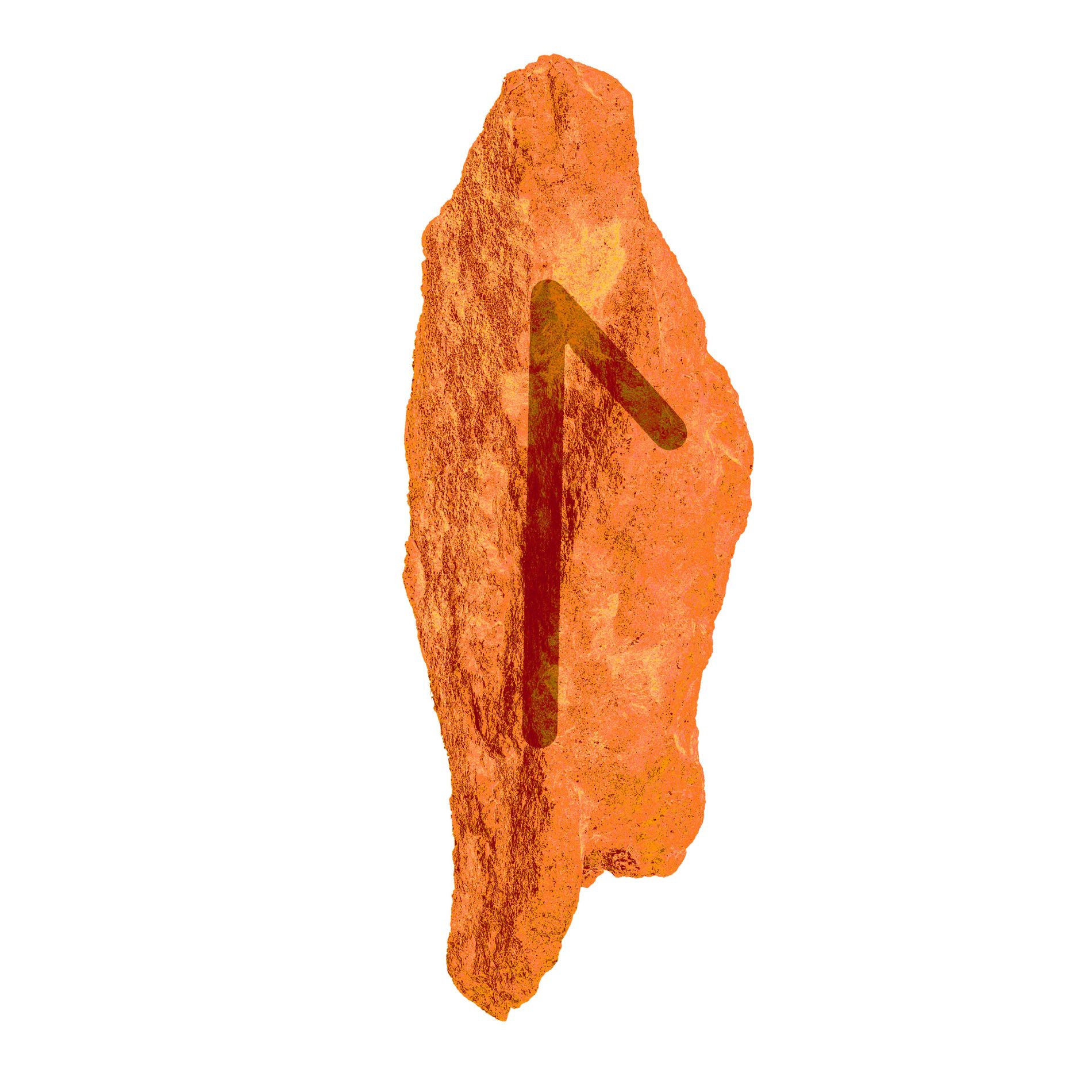 Now you may need to distinguish yourself in relation to your surroundings. In particular, you may have a lot to say about a potential partner. Think carefully about what's important to you and what you can tolerate before venting about what's on your mind. Relationships you establish now could be long-lasting. 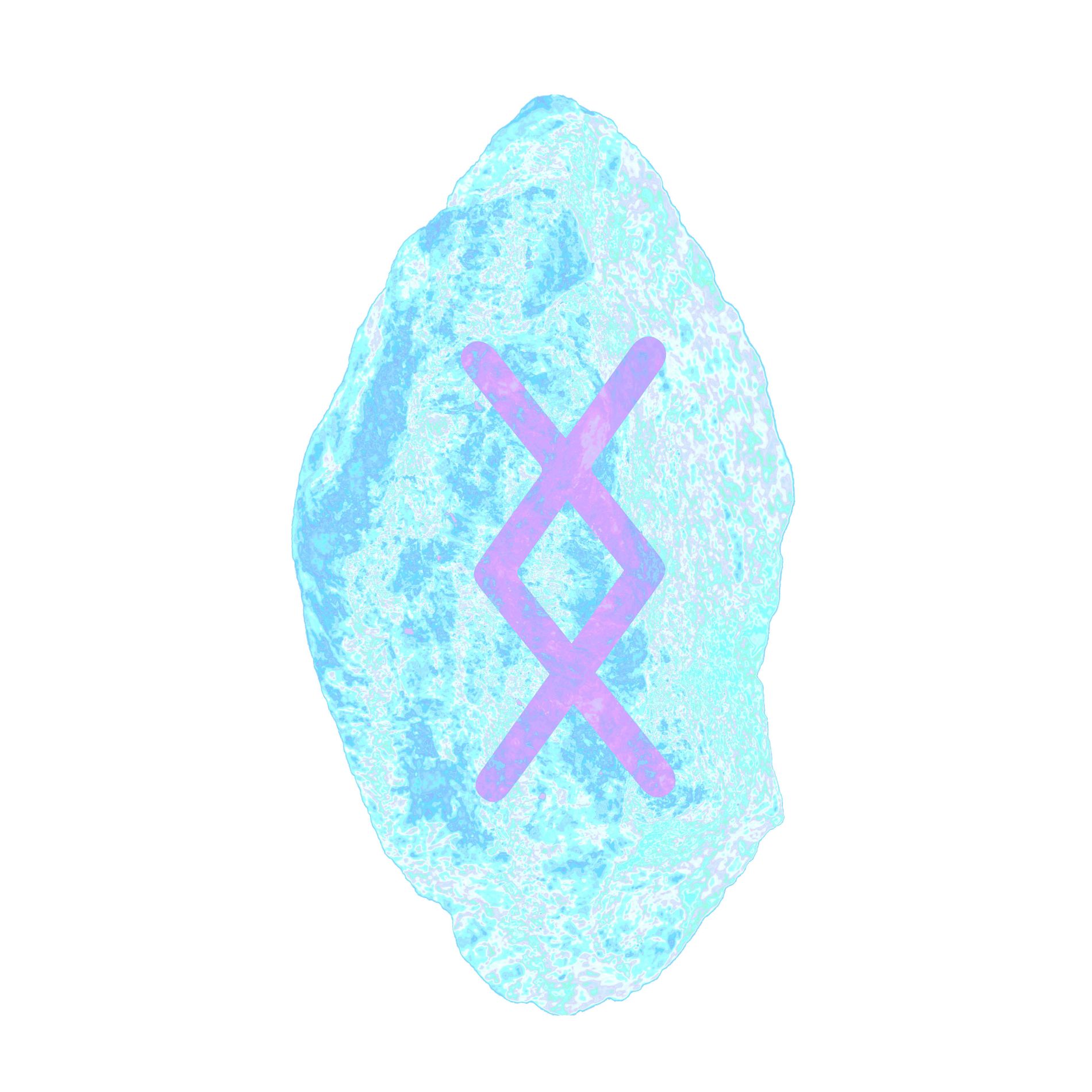 If you are on your way into a relationship it could quickly become serious. Tuesday's lunar eclipse indicates that the close relationships you establish now could last for a long time, up to six months or more. The qualities or things you react to now are not going to disappear, but may be displaced with the intoxication of falling in love. Consider the whole. 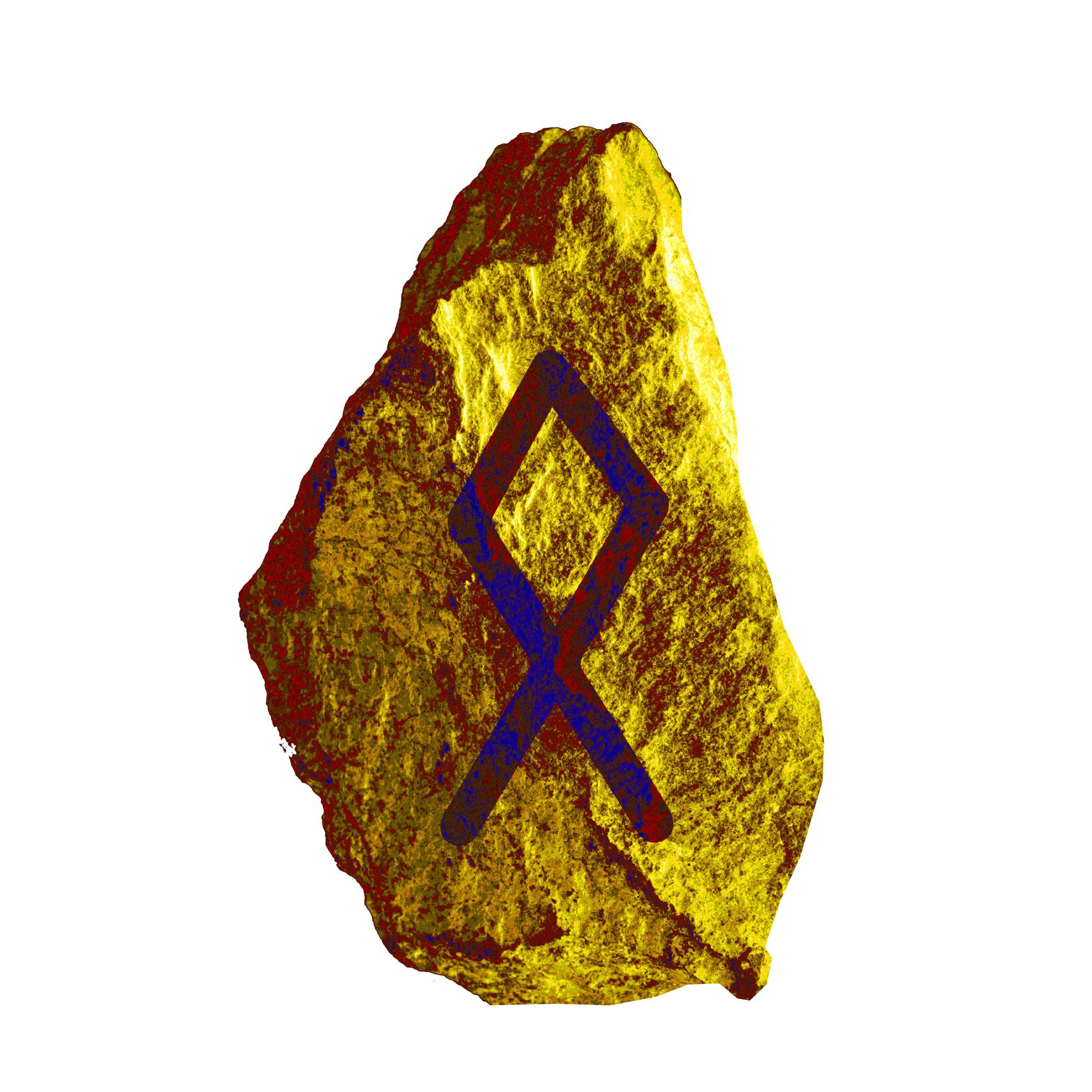 With a little planning, you'll come out lucky from any changes in your daily routines, whether at work or at home. You are facing one of the best times of the year to start new routines when it comes to health and everyday life. If you have something you want to start with or end, make the change in the first half of the week, in connection with Tuesday's lunar eclipse. 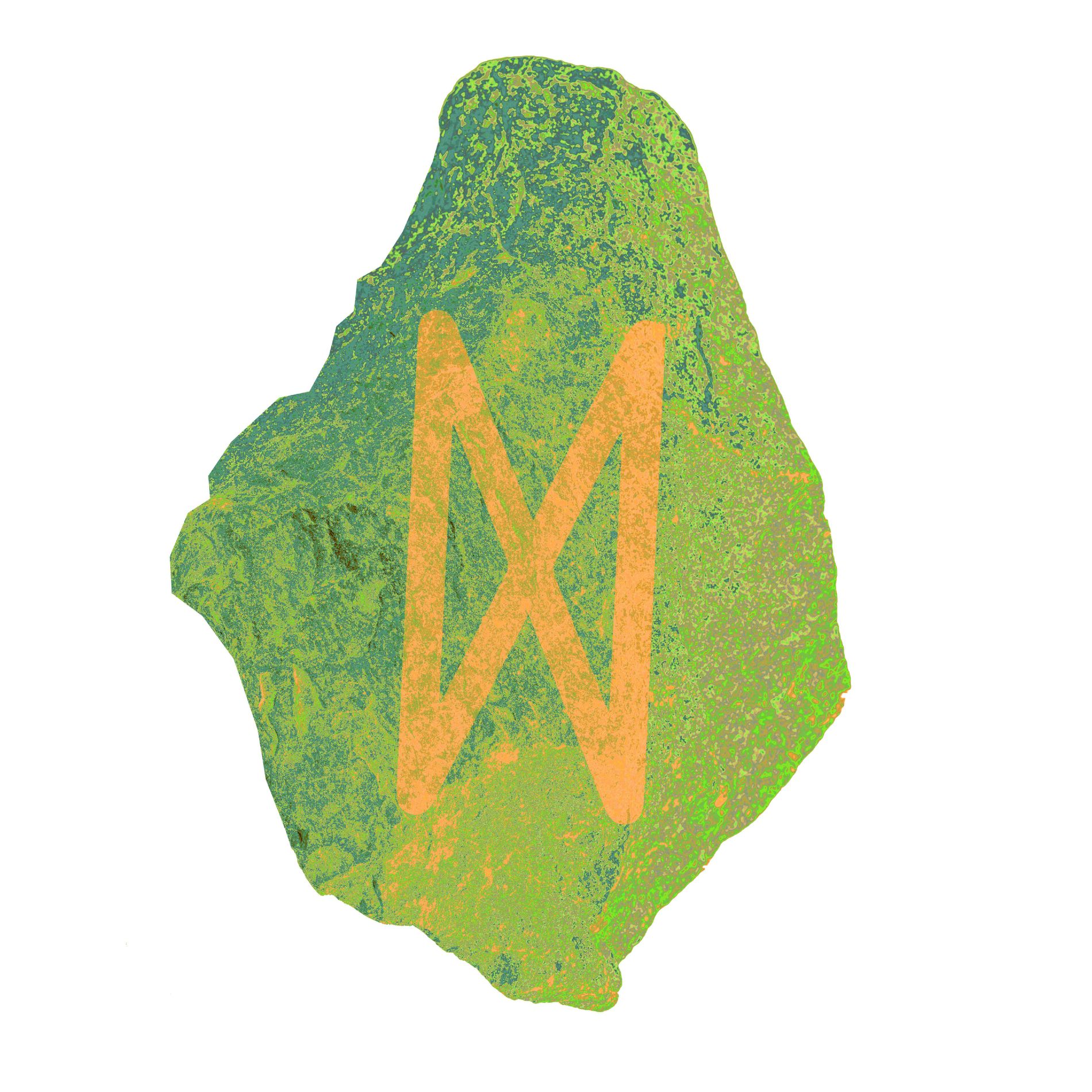 A lunar eclipse is always an emotional time. Set aside some time for yourself and your close ones. Reduce your level of activity in the first half of the week if you feel you need it. The effects of a lunar eclipse can last up to half a year or longer. Be sure of the changes you want to achieve. Set your agenda.