Recently in Stockholm, philanthropist Melinda French Gates sat down with Vogue Scandinavia to have an exclusive chat about her strategy to empower women and lift 100 million people out of poverty

In 2015, philanthropist Melinda French Gates found herself in India talking to women in a self-help group. Five years prior, her foundation, The Gates Foundation, had started giving these women funds as a tool to help them out of poverty. “There was one woman I met, Neelam,” French Gates recalls. “She said, ‘If you’d have come here five years ago, nobody in this entire community would know my name. And now everybody knows my name.’”

When Neelam and the other women in the group started to get a little bit of economic support in their hands, they were not only able to help their families, they finally had a taste of empowerment and – more importantly – dignity.

“She said, ‘My allocation in the home was essentially in the ash pile. I didn't even have money for soap.’ She added, ‘When my mother-in-law saw that I had a little bit more economic means that I could buy soap and clean myself up, she moved me to a different place in the house.’”

Neelam’s story is something that, even 20 years after starting the Gates Foundation, still blows French Gates away. “By the time I got there, five years later, they had banded together. They were going to the police and having rape cases taken to court. They were going to the government and saying we deserve a health centre in our community. They were working on getting men's liquor down in the communities so fewer females would experience domestic violence.”

I meet French Gates and co-founder of the Stockholm Museum of Women’s History (Stockholms Kvinnohistoriska) Lina Thomsgård ahead of a panel discussion at the Moderna Museet in Stockholm. We are sitting in the museum restaurant overlooking the sunlit city discussing what seems almost cliché; gender equality. But don’t for a second think this a pow-wow of privileged, white women having a whinge. This is a discussion on how women’s inequality is truly at the root of many societal issues, especially poverty and disease. The Gates Foundation mantra is, “When a woman thrives, a community thrives” – a belief you can see both women are beyond passionate about. So how do we make women thrive? According to French Gates there are three ways: data, cash, and care.

Related: Eliza Reid, the First Lady of Iceland, on the bizarre reality of "being known as somebody's partner"

[If a woman] gets an extra dollar or two dollars a day, she ploughs it right into her family, which is not necessarily true of men. That can make a profound difference over the course of the family's lifeMelinda French Gates 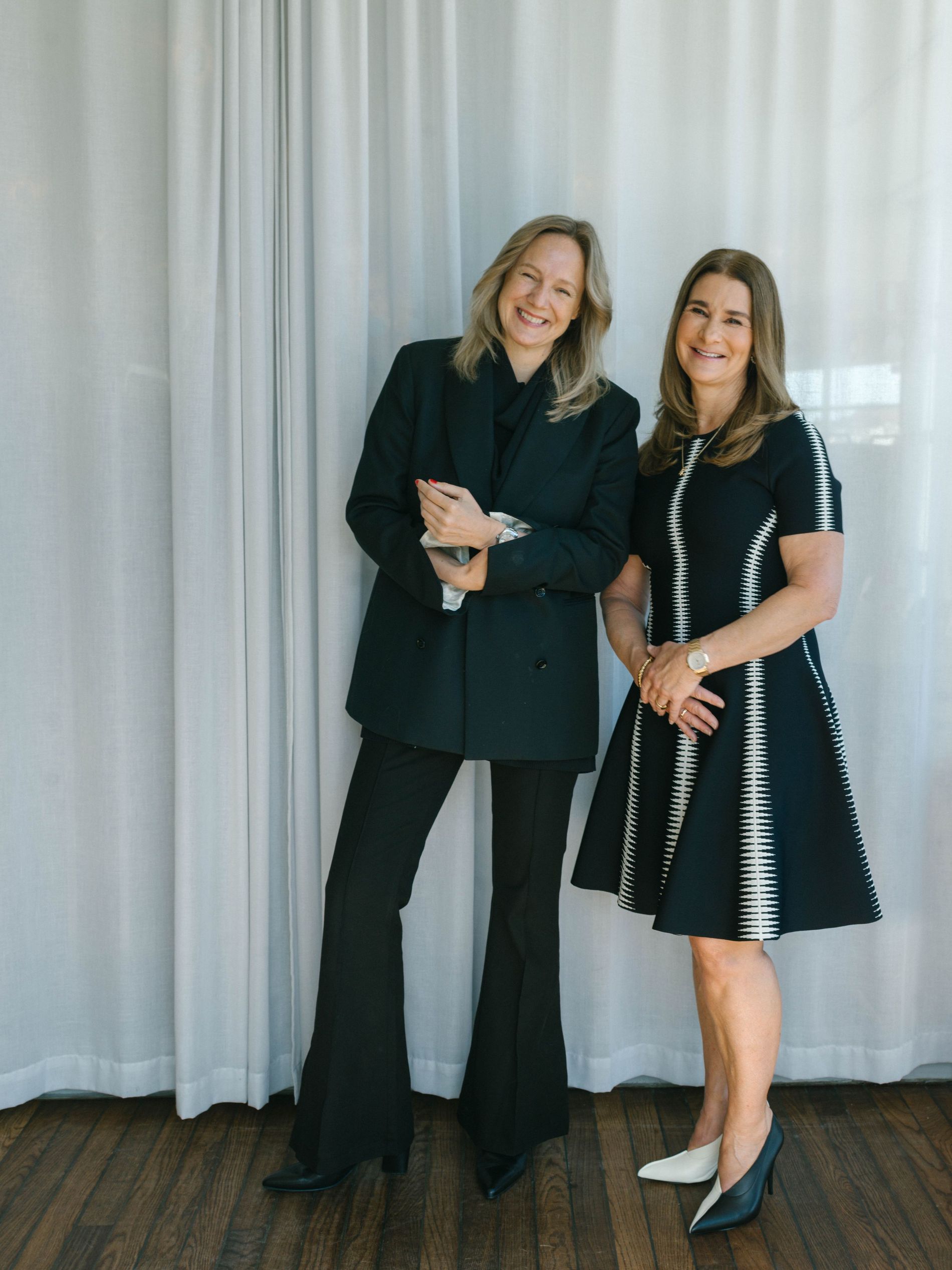 “Historically we collected data about men's lives. And so with the investments, you could prove, ok, if you invest in X, you'll get roughly Y return,” says French Gates, explaining why a financial policy is often skewed towards men.
“Historian Bettany Hughes from the BBC said that only 0.5 per cent of all recorded history is about women,” adds Thomsgård. “This has created an idea that it's not information worth having or saving or collecting. And we cannot expect to create solutions to problems that we're not aware of.”

When you have the data, you get a fuller picture of how people are living, leading to more results-driven help. Yes, it’s nice to have documentation of queens and public figures, but understanding how the normal, everyday woman is living is what is going to make a bigger societal difference.

“The easiest part of feminist activism is to ask a woman something,” says Thomsgård. “Call your grandmother and ask her about her life. What were her dreams? Did she achieve them? Why not?”

Once we understand the problem, French Gates says it’s about getting economic support to the women who need it. “We've come to learn, and there is good data on this, that if you make investments in women, those are really sound investments because what she does is invest in her family,” she explains. “She gets an extra dollar or two dollars a day, she ploughs it right into her family, which is not necessarily true of men. That can make a profound difference over the course of the family's life.”

French Gates explains that during the pandemic some governments, such as in India, actually had disaggregated data on women's bank accounts and men's to allow them to target funds at helping more people. “They purposely took the money and programmed it towards women's bank accounts because they knew women would invest it in their children and in their family,” says French Gates. “It's estimated that if you did more cash transfer payments in the next couple of years, you could lift 100 million people out of poverty.” The catch, however, is that they need to get to the right bank account and in the developing world a lot of women don’t have their own account. “In Southeast Asia there is a 38 per cent gap between men and women having bank accounts.”

I ask why they think women are more ‘trustworthy’ when it comes to money. French Gates explains that surveys from low income countries show that “when men end up getting a little bit more wage or a little bit more money in their pocket, they tend to spend it on luxury things like liquor, cigarettes, sex work.” For French Gates she thinks it’s because “women are the heart in the centre of the family so they're better at keeping everybody in mind”. Thomsgård interjects: “Not only in the family, the whole community, because caring about your kids also means caring about the environment that affects your kids.”

Related: The Wonders of Greta Thunberg: Read our interview with the voice of a generation

It's estimated that if you did more cash transfer payments in the next couple of years, you could lift 100 million people out of poverty.Melinda Gates 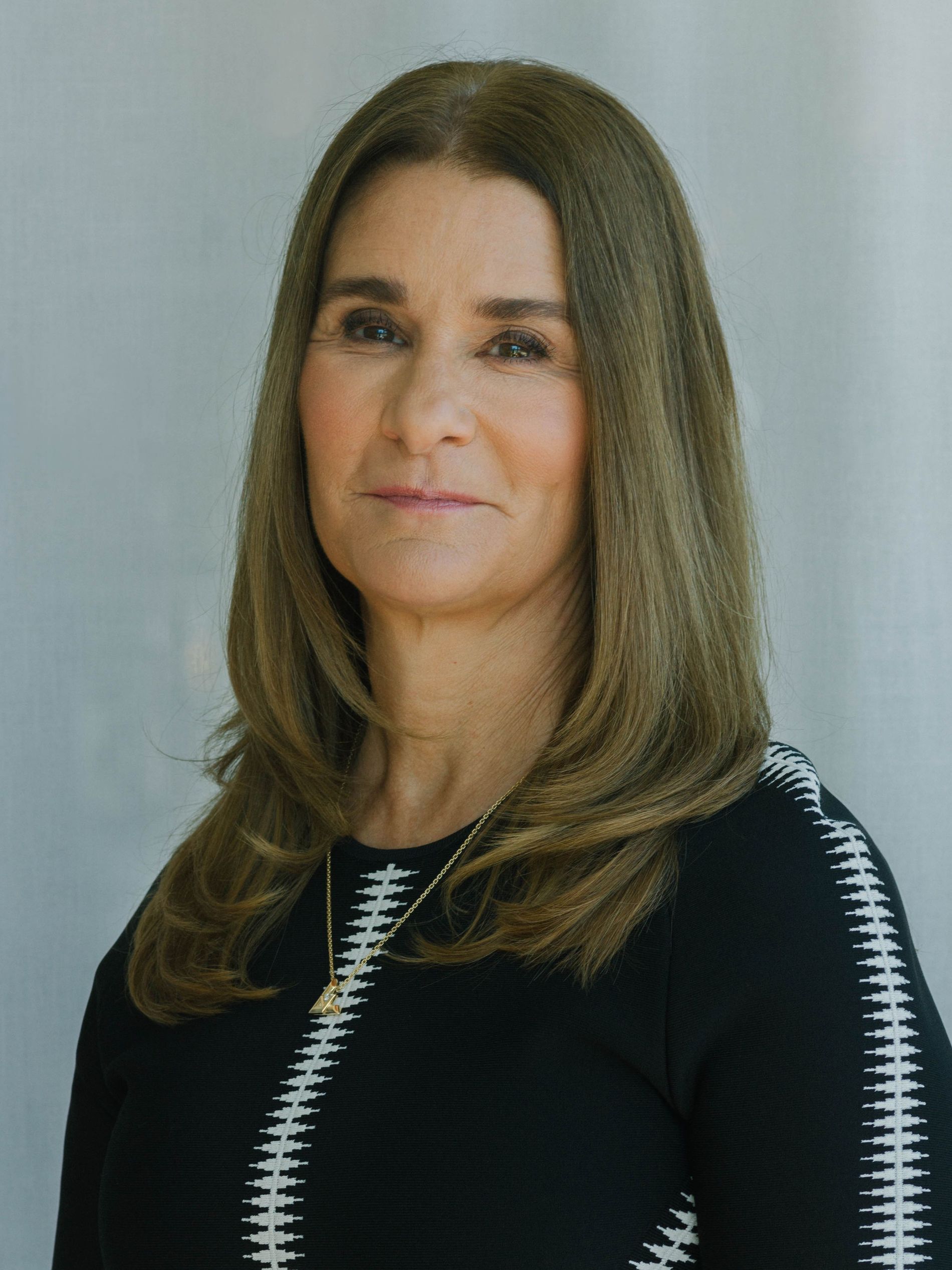 From a practical standpoint, French Gates points out that generally speaking women are often the ones deciding what food is cooked and how it's cooked. “Thinking of the family is essentially her job.”

It's this caring aspect that also stands as a barrier to reach equality and a key factor in stopping women returning to work since the Covid-19 pandemic. Right now in the world 1.6 billion children are out of school – and with kids out of school it makes it hard for primary carers to hold down a job. It also means some girls may never go back. “We know that from the Ebola crisis in the four affected countries, many girls never went back,” says French Gates. “Across the continent of Africa and in some places in Southeast Asia, we're hearing of many women saying their work was in the informal sector which was completely wiped out.” Getting the right care, through government policy, for the young and the elderly takes the burden off women, who predominantly do this labour, and allows them entry into the paid workforce.

While a lot of the work French Gates does is with the developing world and government officials, there is still so much we can do as individuals. Firstly, French Gates asks us to look inside our homes. “What's the balance? Who's doing what? Make a checklist of the unpaid work and divide it up,” she says. Then she suggests looking at the community. “Asking simple questions like ‘Is the school board made up of the people I want?’” She urges everyone to participate in elections and protests, to use your voice. It's also about using money as influence; “Money is power… Even if it's $10 behind a candidate or $100, or $100 behind an organisation that's working on domestic violence. These things all make a difference.”

Sweden, the country this discussion is taking place in, and the Nordics in general is one of the most progressive regions for women’s rights. There are strong paid paternity policies, universal childcare and female prime ministers; Sweden was also the first country in the world to launch a feminist foreign policy. This involves applying a systematic gender equality perspective throughout the whole foreign policy agenda. However, French Gates and Thomsgård both agree we can’t stop there – we need to keep challenging our governments and offer global solidarity. We need to show the world what can be done. “Sweden is a target for many conservatives worldwide because if we stop being a 'feminist light in the darkness', then we wouldn't have as many countries following suit, which is why we need to stick to that position and make sure we advocate for global solidarity,” explains Thomsgård.

Related: "If we can do it, so can other women from different backgrounds": The Hoss sisters on building an empire 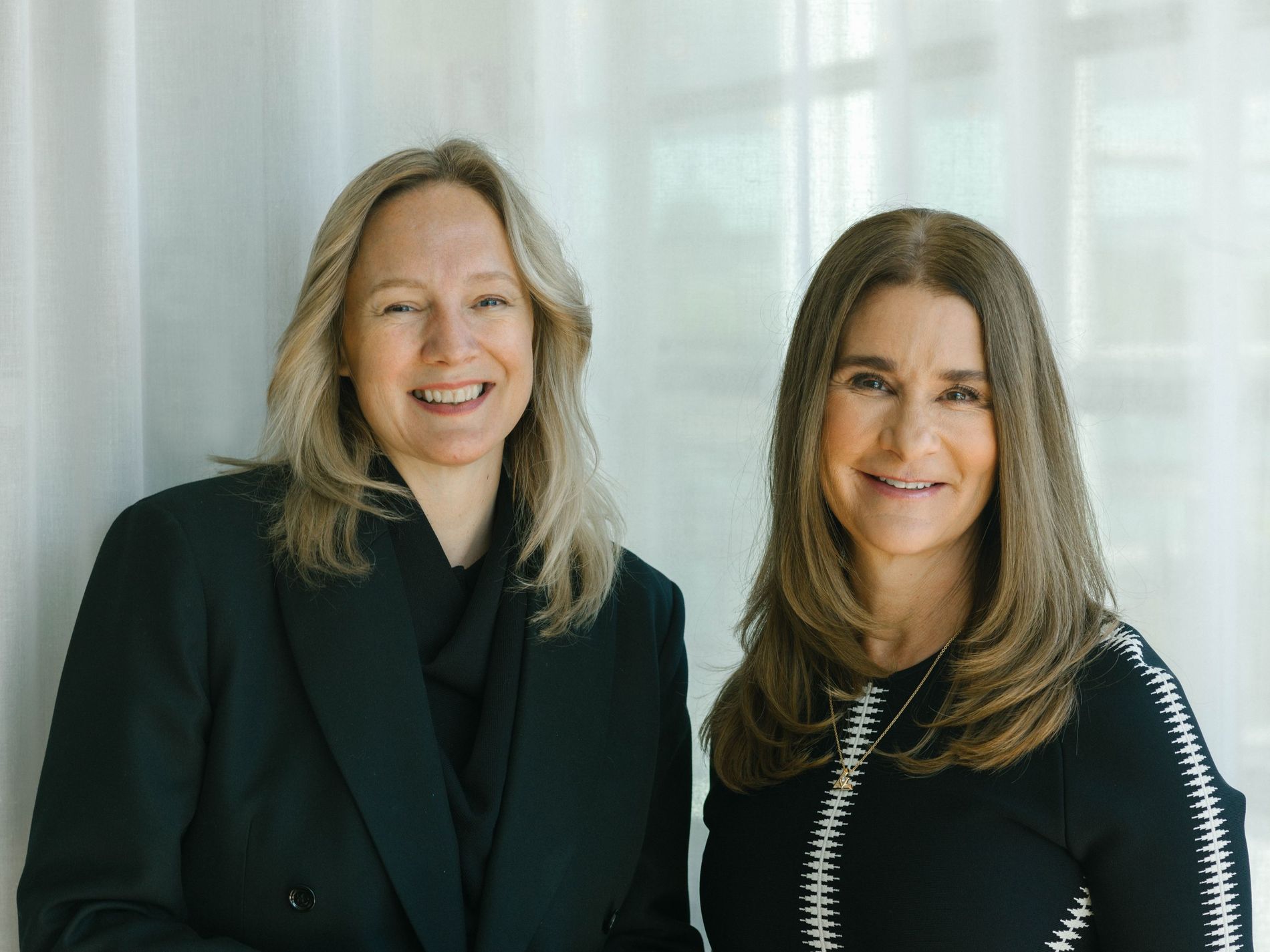 I end by asking if they feel equal as women. Thomsgård lets out a “no, no, no” within milliseconds. “I was just saying to my boyfriend that I would love to have more kids if I get to be the dad. That would be excellent.”

“I feel equal personally now,” says French Gates. “But I certainly don't feel like our society is equal at all.”

Thomsgård acknowledges that there is no better place than Sweden, but there are still rivers to cross. “In recent years the MeToo movement taught us a lot about how far away we are from the society that we want, and we still have a lot of the unpaid work that we're doing.”

And as we sit at our table discussing these issues, the reality sets in that these conversations need to happen at more important tables. French Gates believes those tables are in the science and financial sectors. “That's where the money is and the power is right?”

“It's at that table that they're drawing the plans for the future,” adds Thomsgård. “And if we don't have women there we won't have the experiences and the struggles to draw the map. Think of AI [Artificial Intelligence] and all of those things that are going to form our future. If women are not at the table, that's a huge problem.”