He's used to crafting sweet creations for royalty – being one of the masterminds behind the wedding cake of Prince Carl Philip and Princess Sofia – but now, Fredrik Borgskog has set himself a new challenge

With his hand, neck and face tattoos, Fredrik Borgskog could easily pass as a hip-hop artist. But the heavily inked chef-turned-baker is no MC. Instead, he is the mastermind behind Gothenburg's most in-demand bakery these days. The eponymous Borgskog bakery opened in August 2021 in Ringøn – a gritty, old industrial neighbourhood, looking just as rough around the edges as the baker himself.

Looks can be deceiving, though. Master baker Borgskog is quiet, humble and friendly once you get talking to him. And actually, it was the rough atmosphere in the Stockholm restaurants where he used to work that made him turn towards pastries.

Related: Slice of life: How Scandi bakeries are turning leftovers into delicious treats

"I was getting very tired of the aggressive atmosphere in the kitchen. Stockholm restaurant kitchens were not nice places back then. It was all very Gordon Ramsay style,” he says. "So, when the owner talked about opening a bakery, I turned towards pastries and baking, which allowed me to work more on my own, and I just got hooked.”

After being bitten by the pastry bug, he joined the National Pastry Team, doing competitions and winning trophies with elaborate pastry creations. Borgskog won the famed Valrhona C3 competition in New York, and later, he and two Culinary Team members were tasked with doing the cake for the royal wedding between Prince Carl Philip and Princess Sofia. 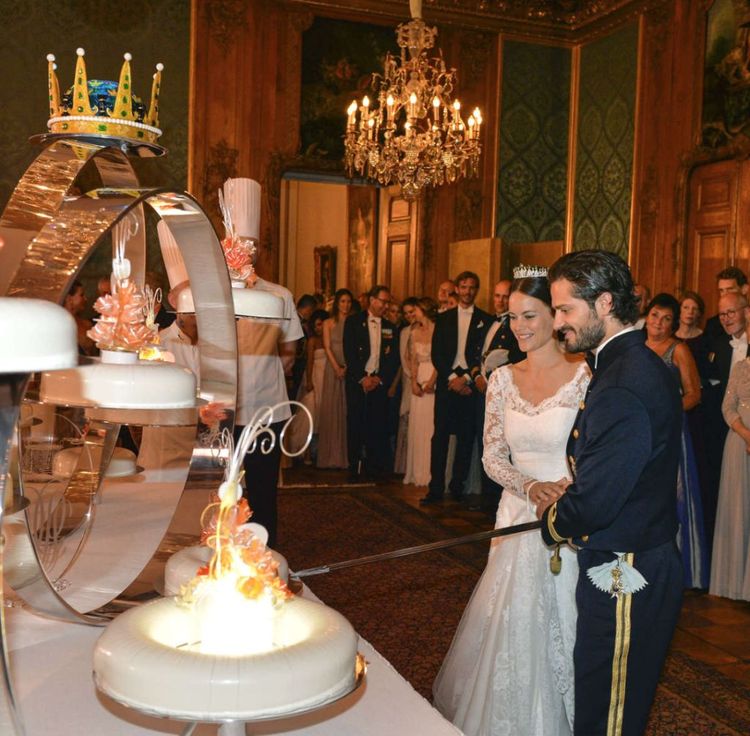 After being bitten by the pastry bug, he joined the National Pastry Team, doing competitions and winning trophies with elaborate pastry creations. Borgskog won the famed Valrhona C3 competition in New York, and later, he and two Culinary Team members were tasked with doing the cake for the royal wedding between Prince Carl Philip and Princess Sofia.

”I’m not the biggest royalist in town, but my friend urged me to do it. And I did get to serve a slice for the queen,” says Borgskog, who oversaw putting together the flavours. ”It was fun, but also a long process.”

It took the team a year and three to four cake trials to prepare for the occasion, finally going with six layers of Swedish summer in the form of rhubarb, raspberries and strawberries, along with pistachio and white chocolate… and hidden Pop Rocks candy – a special request by Prince Carl Philip.

A few years on, Borgskog left the restaurant industry and opened his first bakery in downtown Gothenburg. But the place never felt right, and he closed it after a year of operation. Soon after, the pandemic hit. Not knowing what to do, he borrowed a friend’s bakery, and started doing bake sales around Gothenburg – guerrilla style.

”I would post the location on Facebook, and then drive to a parking lot or someplace, and then sell breads and pastries out of the trunk of my car,” he explains. A practice probably only half-legal by Swedish standards.

”But one of my biggest customers was a cop, so I never got busted,” laughs Borgskog.

Last year, after six months of shady parking lot bake sales, the former boat motor workshop premises in Ringøn materialised, and ever since, Gothenburgers have been queueing up for the masterful sourdough breads and perfectly produced pastries coming out of the oven only on the weekends – and until sold out.

"The response has been crazy," says Borgskog. "Originally, the idea was to use the place as a workshop and production facility for our chocolate pralines, and only be open on occasion. But that’s not how it went.”

Related: The 6 best places to find a semla in Stockholm

Instead, Borgskog has been busy keeping up, all while Ringön is becoming home to more culinary entrepreneurs. Since opening, Borgskog has been joined by a techno and pasta bar named Ivan’s Pilsner Bar, and soon, local Stigbergets Bryggeri will open a beer bar and restaurant right around the corner.

And any customers of neighbouring joints in search of a little sweet treat post-dinner will know exactly where to go...