At a spectacular exhibition in the French capital, Swiss Maison Jaeger-LeCoultre celebrates the 90th anniversary of the illustrious Reverso, a watch inspired by Art Deco and polo matches of yesteryear

Many watch brands offer a rich history that is 90 or more years old. But only one watch can tell a story of a reversing case design inspired by the noble sport of polo. And that watch is the illustrious Jaeger-LeCoultre Reverso.

When Swiss businessman César de Trey – originally a dentures supplier – told this friend Jacques-David LeCoultre about the noble game of polo freshly returned from a trip to India in 1930, he also spoke of the wild balls that would break any fragile objects during the challenging and demanding sport. A sport that often found the glass of wristwatches worn by the sportsmen as the losers after a game of “hockey on horseback”.

When the Reverso watch with its distinct Art Deco-inspired ‘gadroon’ lines on the case was patented within a few weeks by industrial designer René-Alfred Chauvot – who was employed by Jaeger – as a watch “able to pivot on itself by sliding into its support” in Paris on March 4 1931, LeCoultre and Jaeger had unknowingly initiated the creation of a watch still unrivalled and forever celebrated for its reversing design.

The Heritage Reverso in red.

Conceived on the fields of British colonies in India and created in the ateliers of Jaeger and LeCoultre (known since 1937 as Jaeger-LeCoultre), the Reverso was born. A watch more “Belle Èpoque than Art Deco”, according to historian, author of the book on Reverso and horological specialist Nickolas Foulkes, the Reverso is a timepiece that can fit multiple wrists due to its elegant size and discreet appearance.

At the Paris exhibition 'Reverso: Timeless Stories Since 1931', a women’s Reverso from 1931 is showcased next to the gentlemen’s version. It offers a 45 degree angled dial design and a simple leather strap that was meant to be strapped onto a handbag, proving that the Reverso was also seen as a fashion accessory in the early days of the innovative design.

During the opening of the four-floor exhibition on 15 Rue du Faubourg Saint-Honoré, I met with the brand’s CEO, Catherine Rénier, who took over the helm of the “Grande Maison of the Vallée de Joux” in 2018. I asked Mrs Rénier who, in her view, are the Reverso’s most important target consumers.

“The Reverso was since the very beginning a watch for men and women," she told me. "It became a fashion statement. Today, the collection is a very balanced share between Reversos for him and her, which underlines that Jaeger-LeCoultre first and foremost is a movement maker, not necessarily thinking in genders. We create movements for the needs of the end consumers. Even if the Reverso started out as a sports watch, Jaeger-LeCoultre soon realised that you didn’t have to be a polo player to wear the watch."

Related: The 7 best women's watches to know, shop and collect in 2021 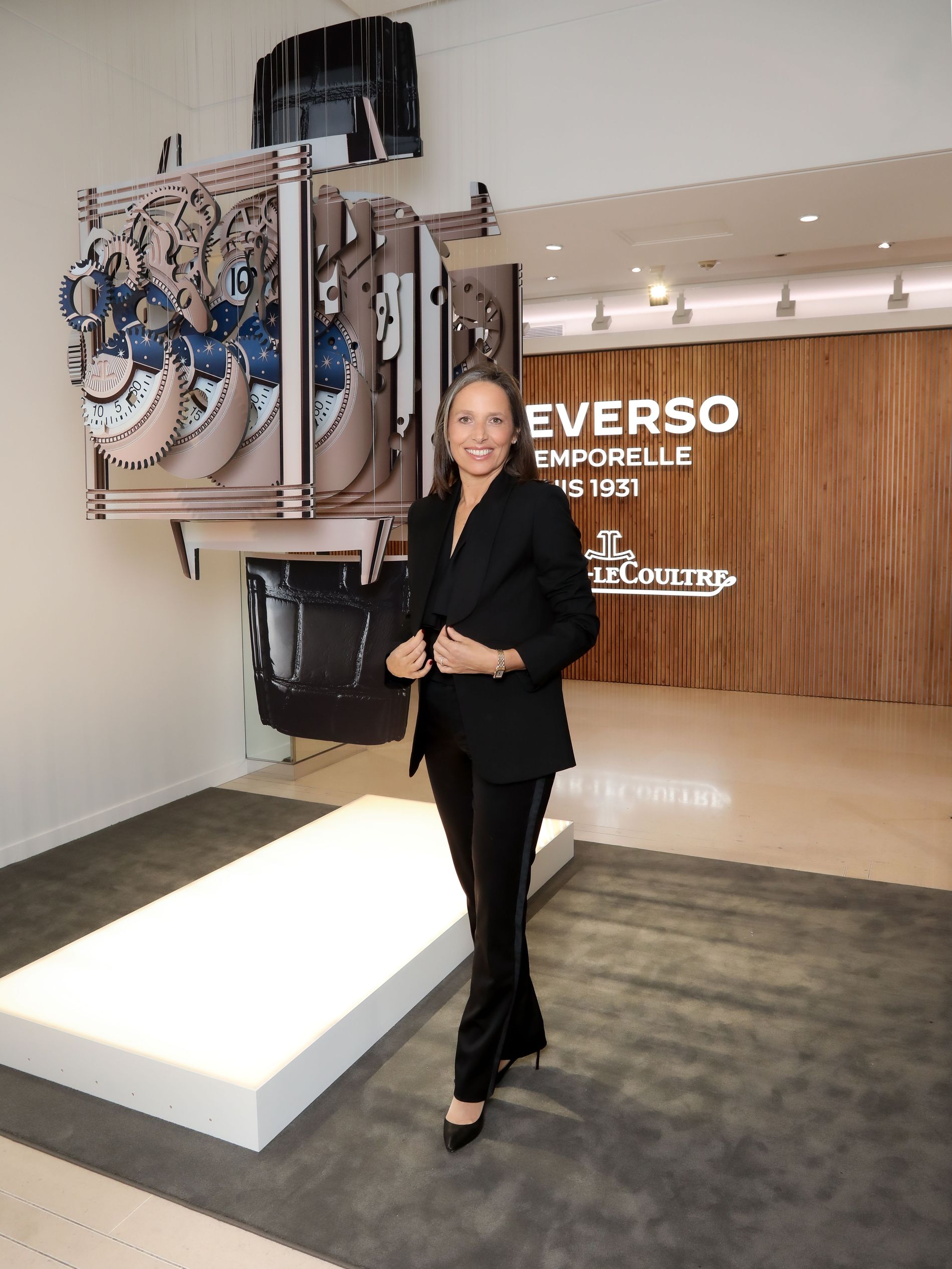 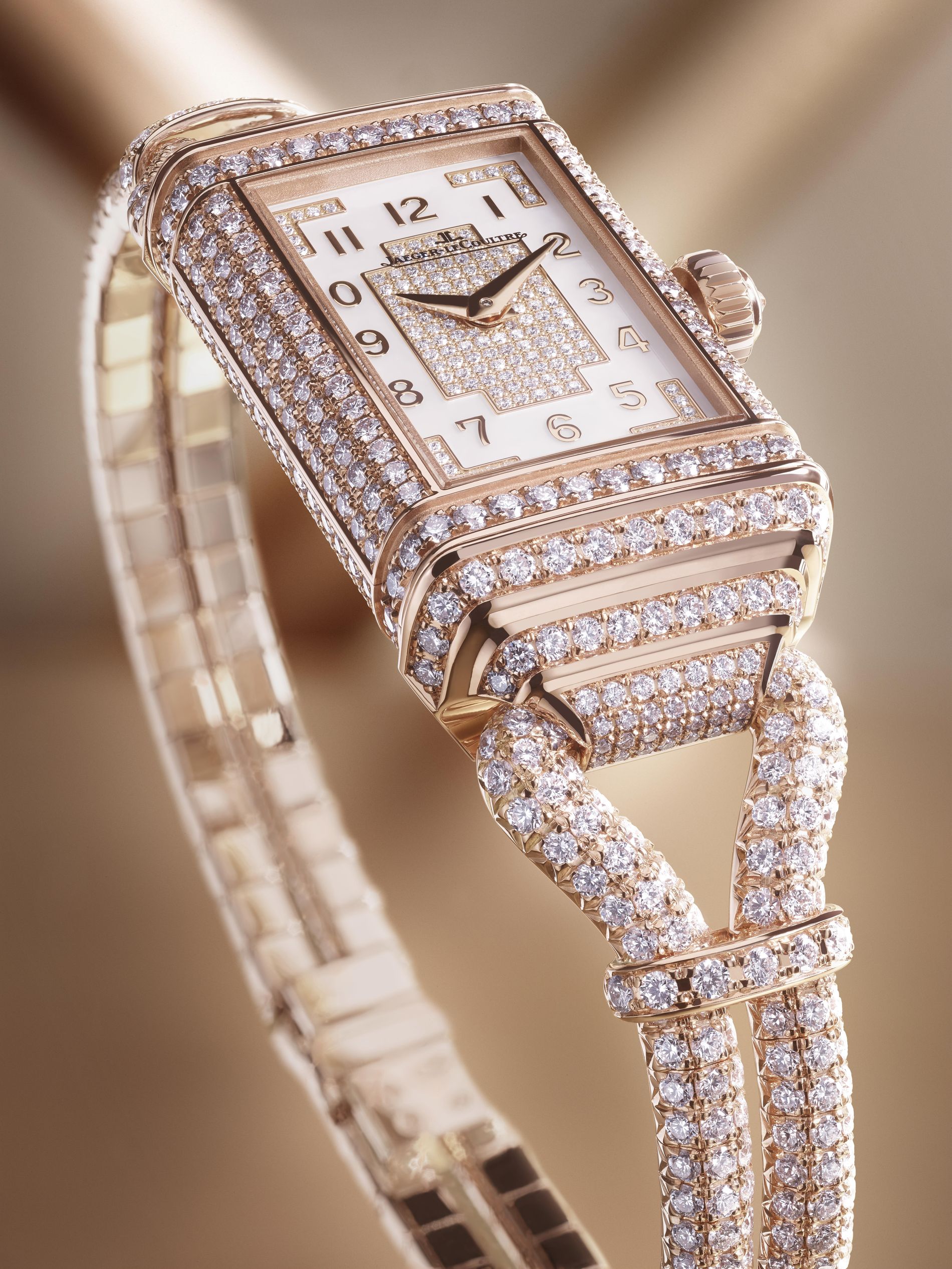 The Reverso One Cordonnet.