The latest collection takes conceptual knitwear to the next level

To say that Amalie Roege Hove is obsessed with knitwear would be an understatement. For the spring/summer 2023 collection, the A. Roege Hove designer explored this obsession in full, dissecting its origins one stitch at a time. “My years in school were probably the time I focused the most on designing and learning different craftsmanship, allowing myself to create with no purpose,” says Hove, who graduated from the Royal Danish Academy with a masters in textile design before founding her namesake brand. “I was fascinated by the way loops of yarn could be tied repeatedly, one paving way for the other, until ultimately growing into a material systematically created from iterations.”

Fittingly, each A. Roege Hove collection builds systematically upon the last, “challenging people’s expectations and perceptions of knit” while still staying true to the slinky, sexy aesthetic fans of the brand know and adore – the knitted bras and panties, and the mini skirts. This time around, the designer skirted the traditionally soft edges of knitwear, instead creating sharp lines – a sort of armour that feels apt for the moment. Silver hardware, pointed like knitting needles, could really do some damage.

But the loudest statement came courtesy of unexpected volume. “It’s something very new to us, as we usually stay close to the body,” notes Hove. Slinky second skin frocks blossomed in lilac explosions below the knee. Another, stripped, billowed and crinkled out from the body, bouncing as the model walked. Set against the dramatic backdrop of Nikolaj Kunsthal, the 13th century church-turned-gallery, the impact was near-religious.

If they look complex and time-consuming to craft, it’s because they are. That striped dress in particular is made from 13,000 rows on the knitting machine. It took three people several weeks to construct garment, which is, miraculously, made in a single piece. “Several pieces are made without ever leaving the machine,” says Hove. “We always want to learn something new about knit in the process, and we have definitely achieved that this season.” 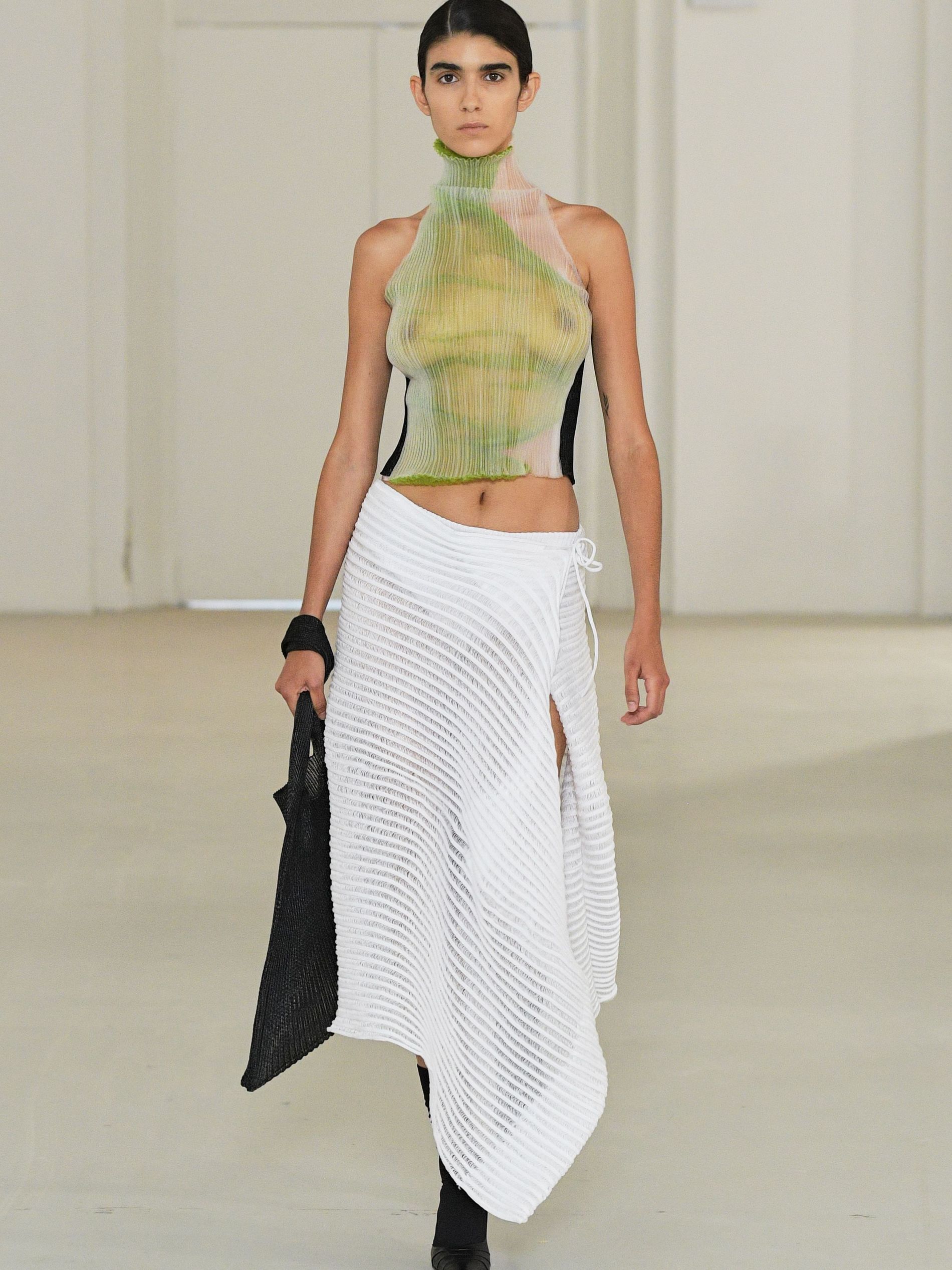 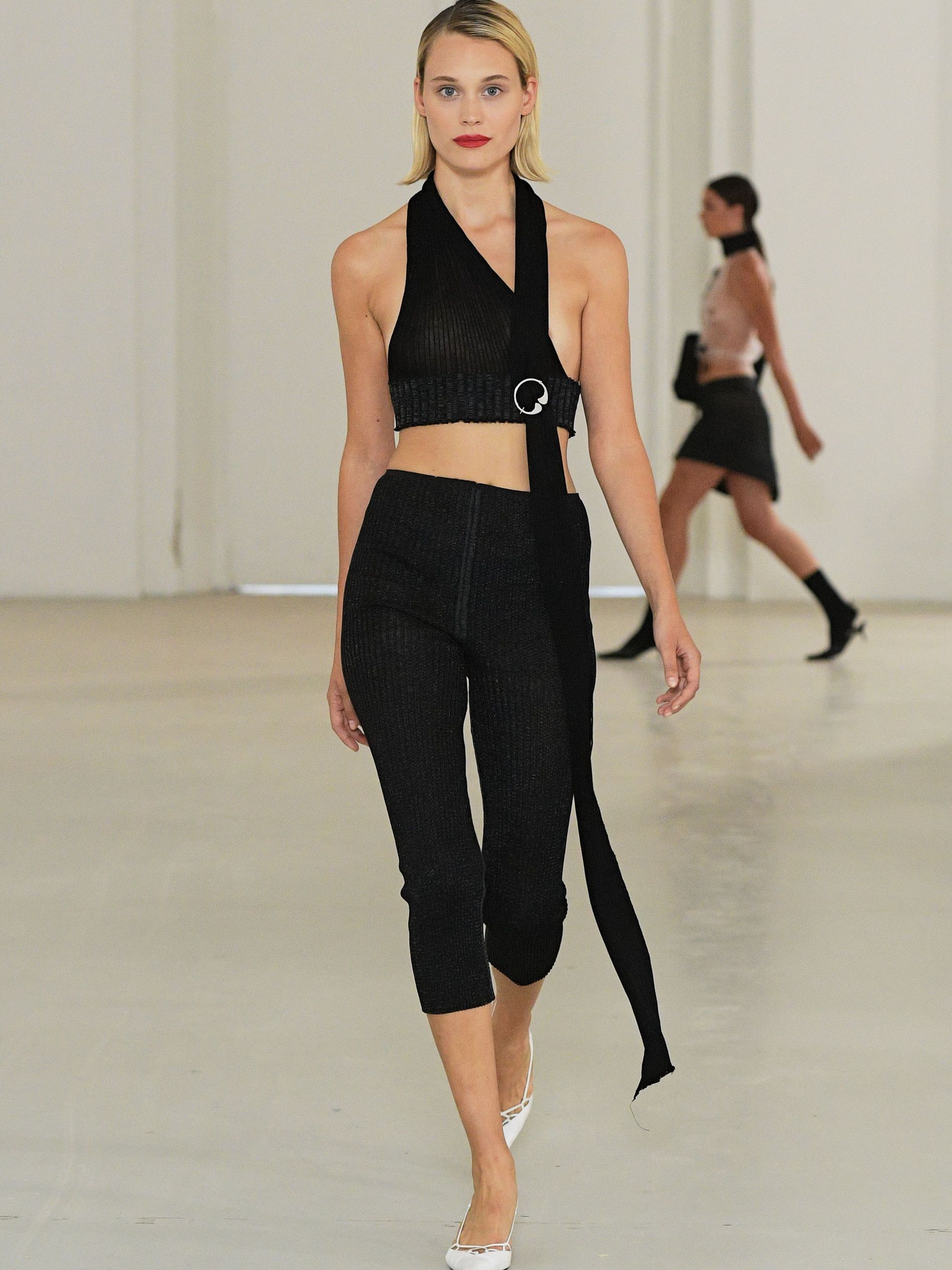 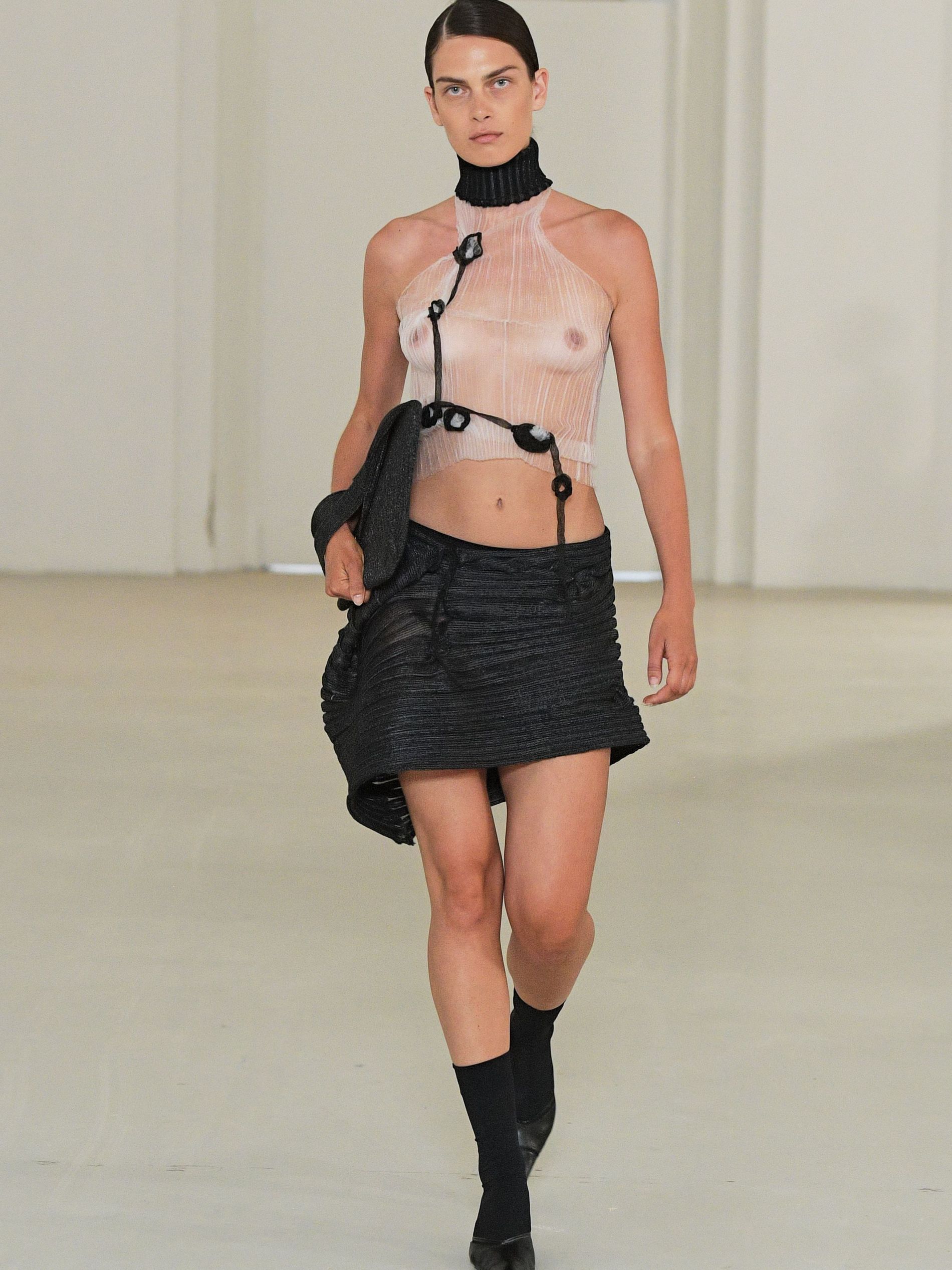 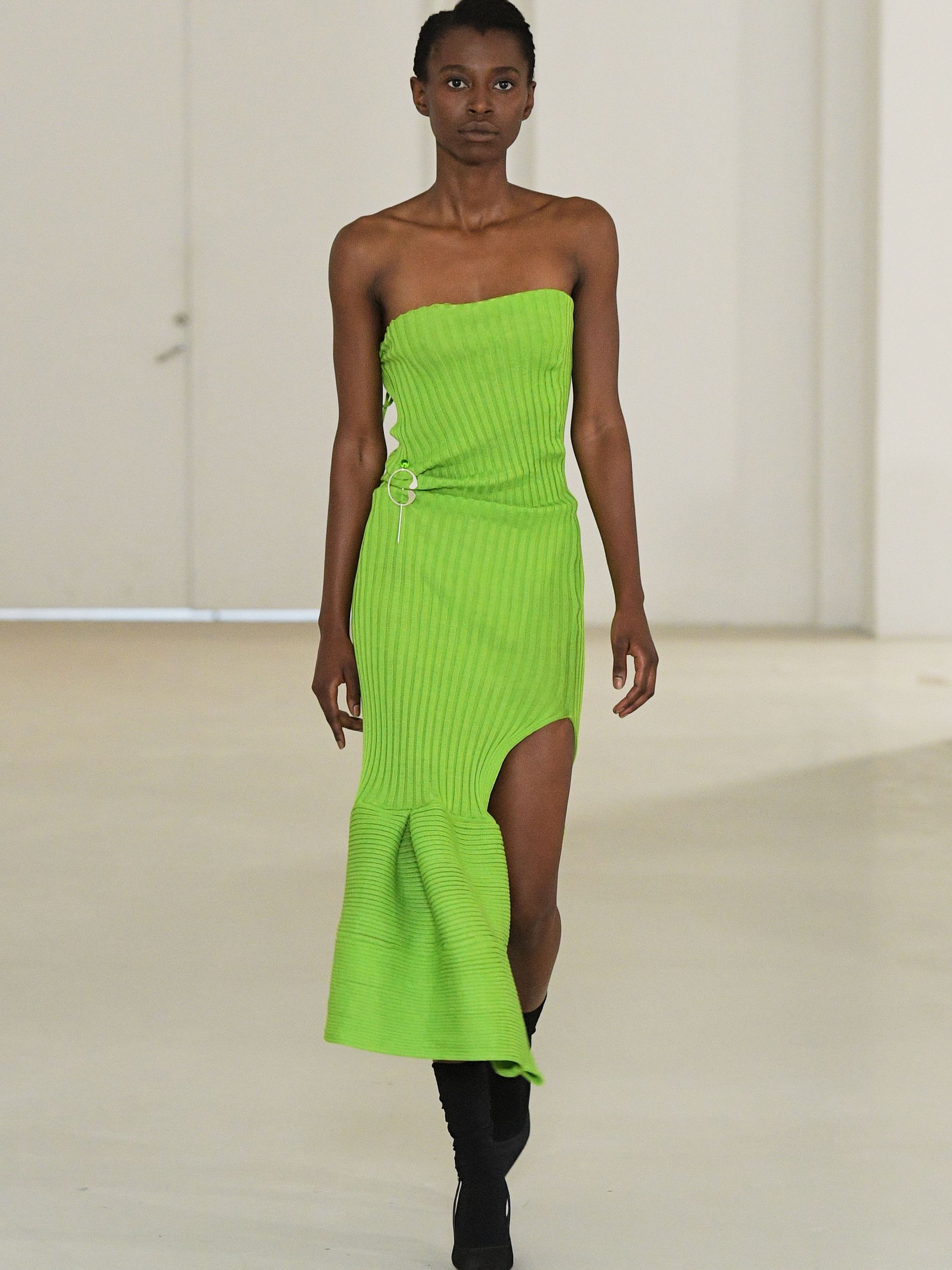 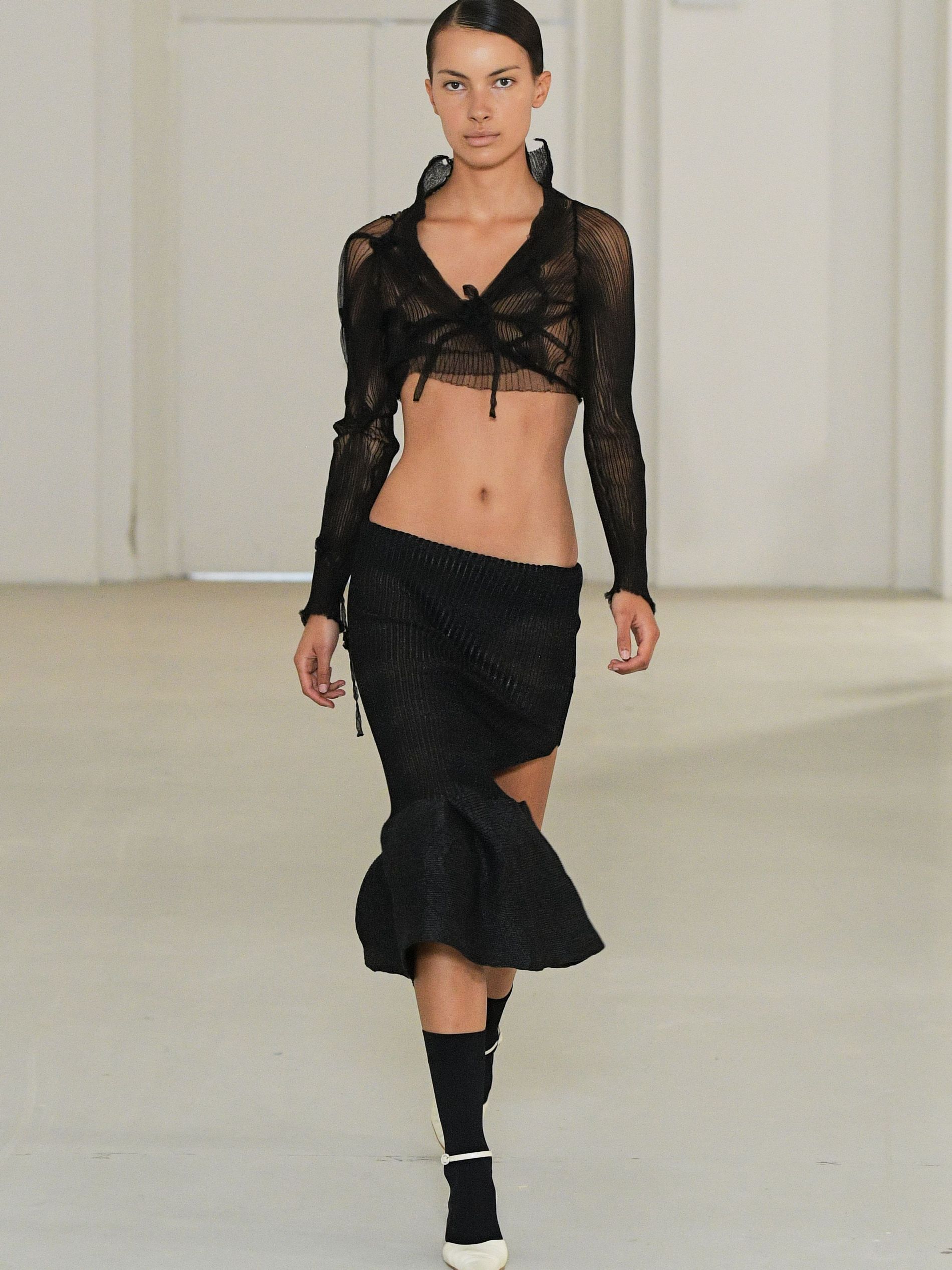 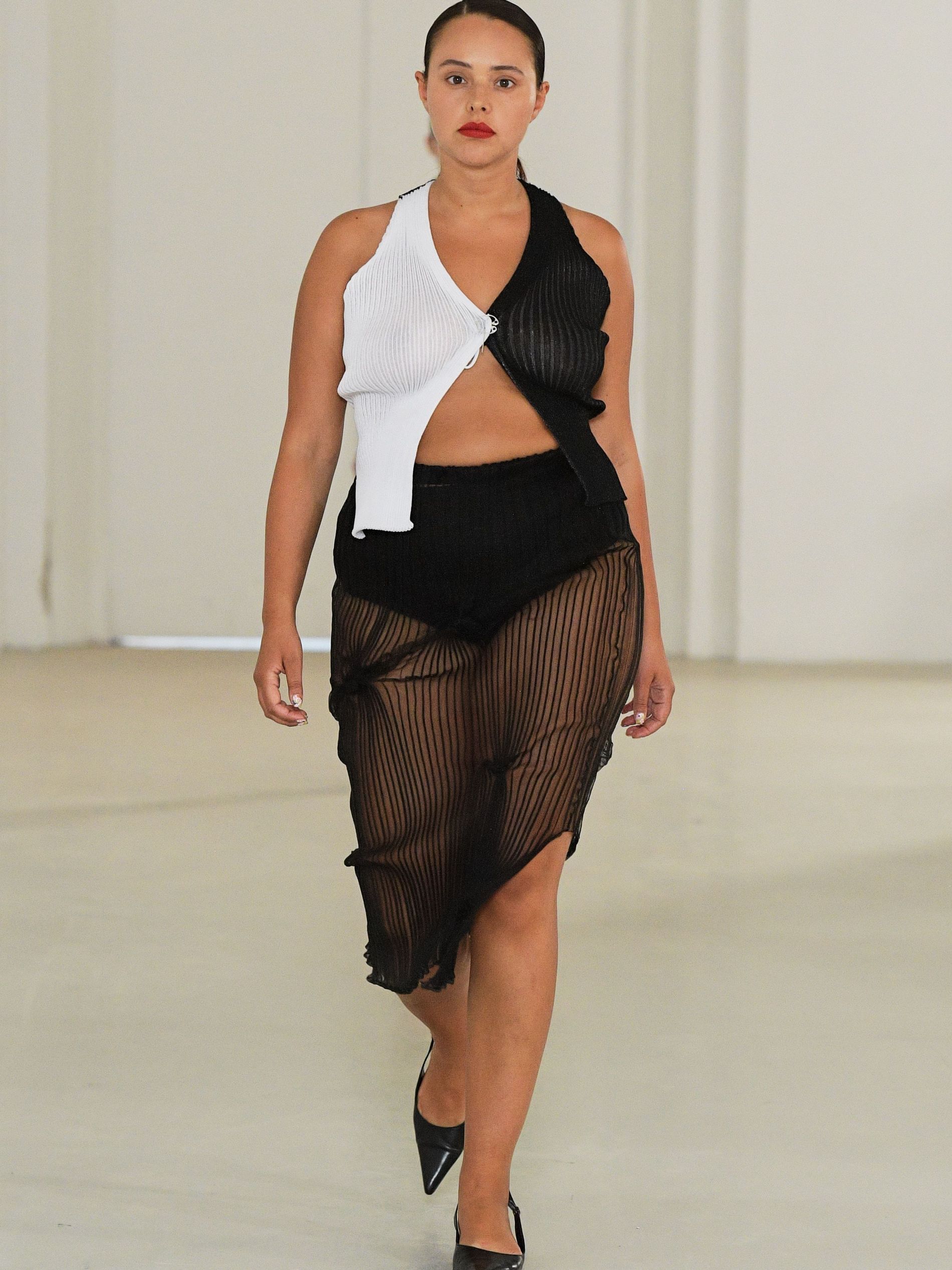 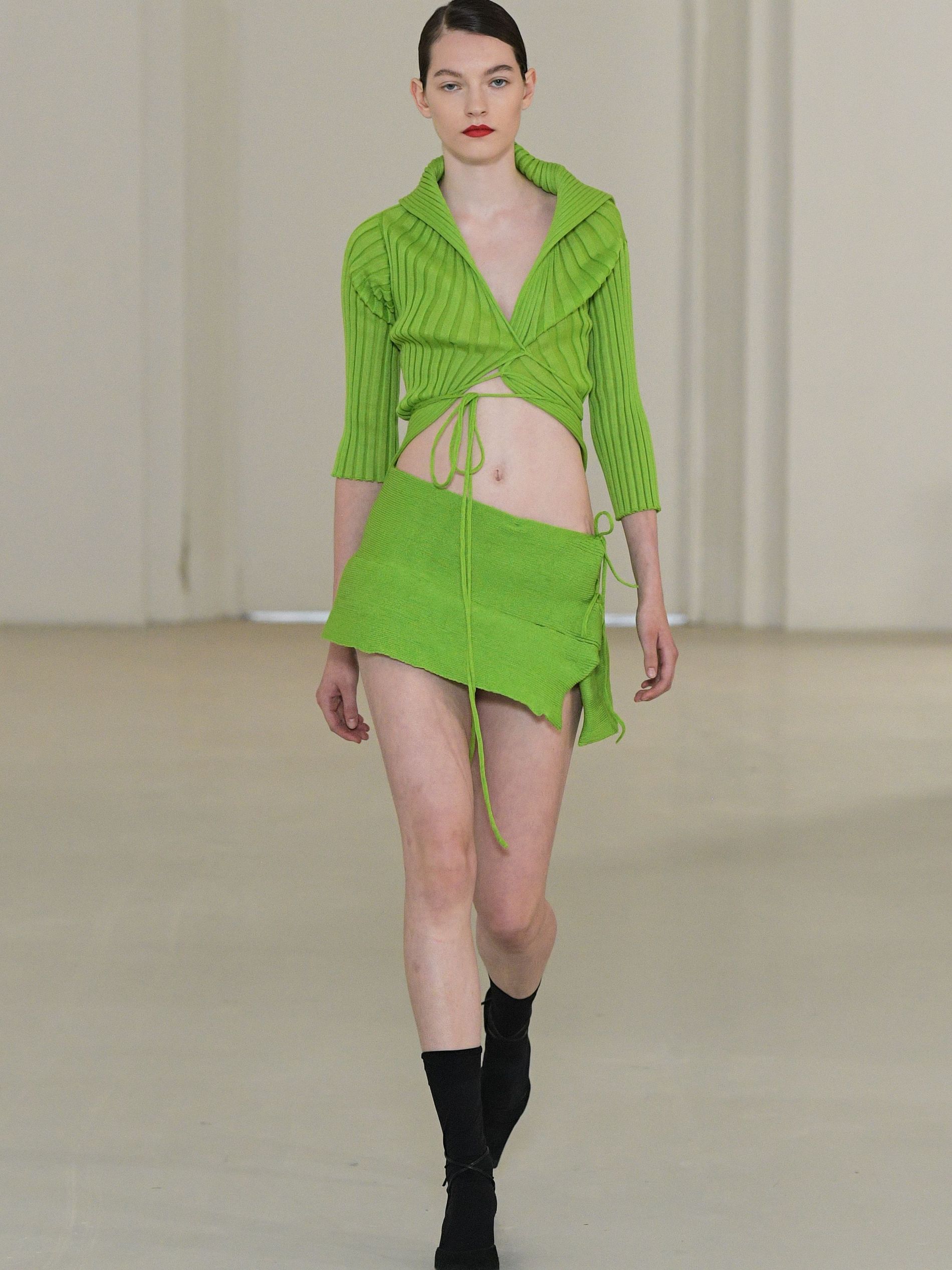 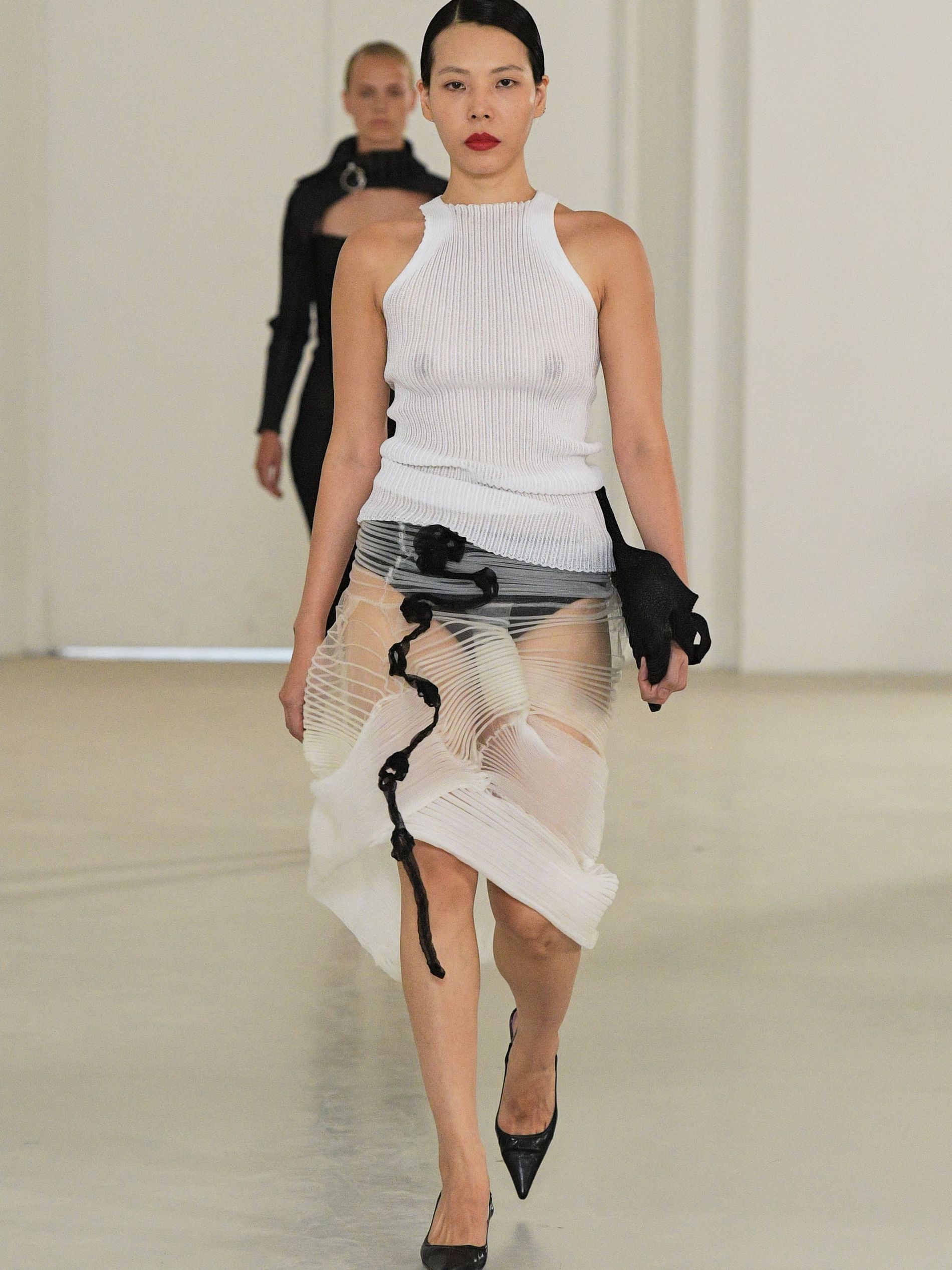 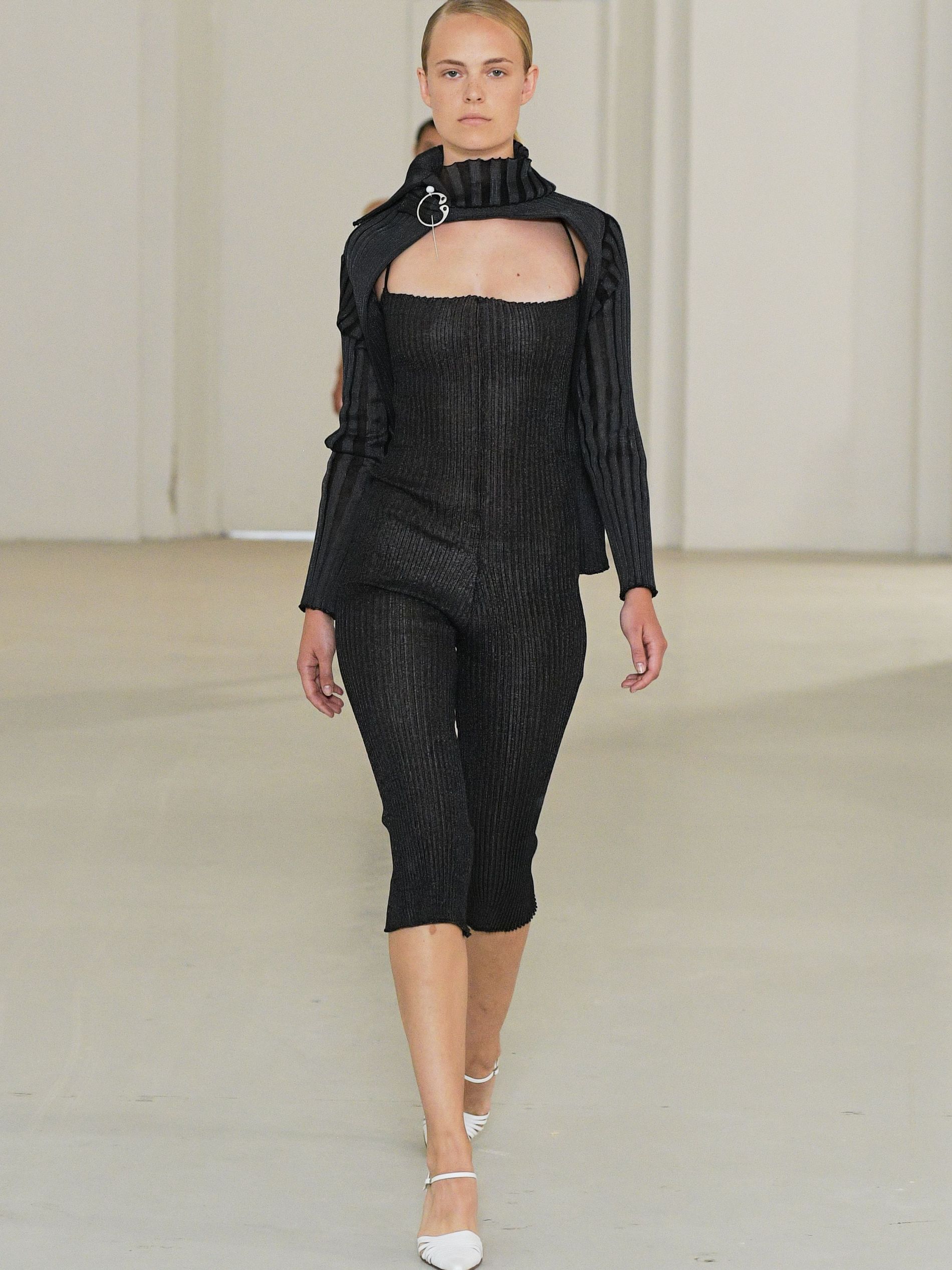 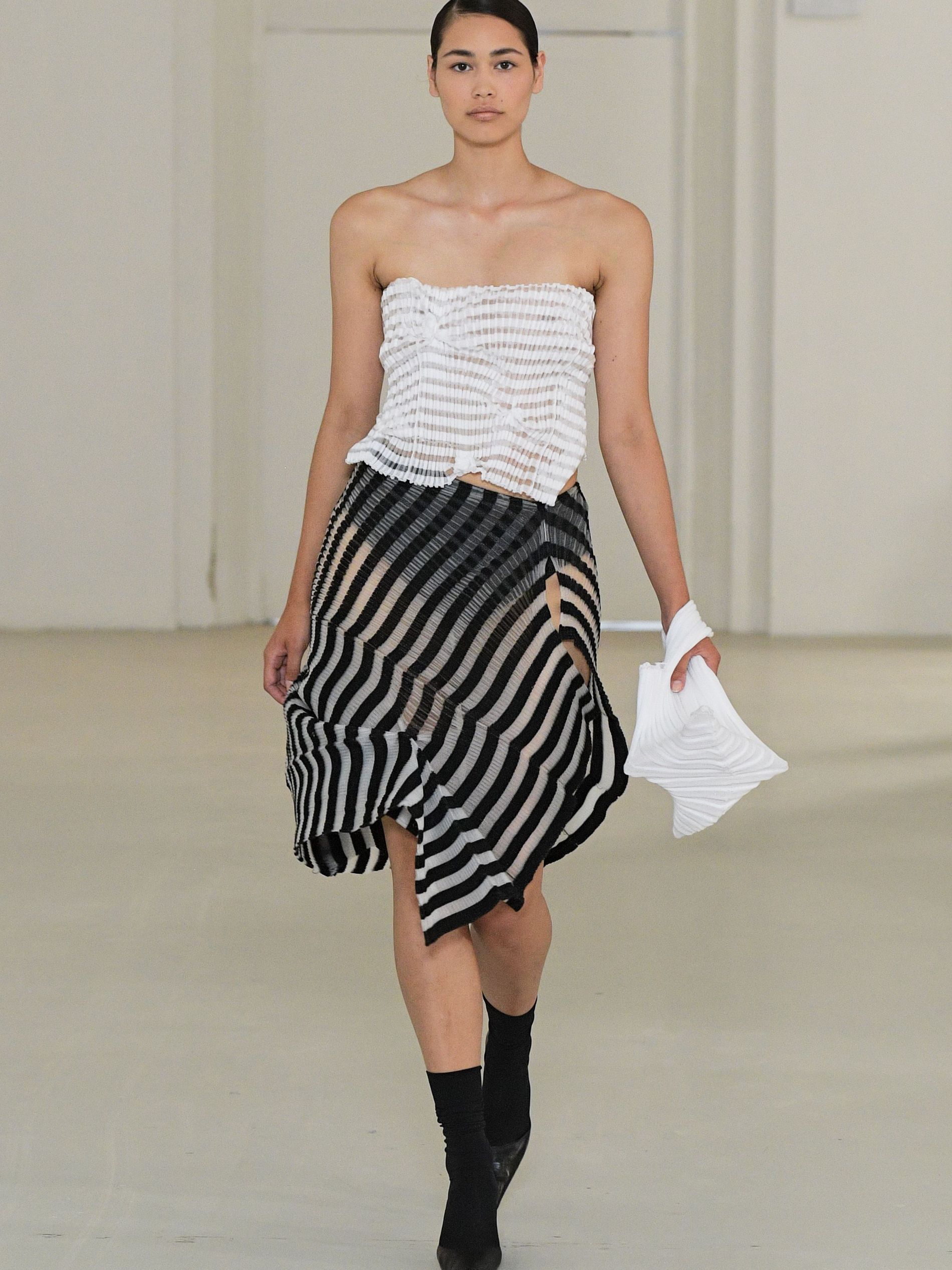 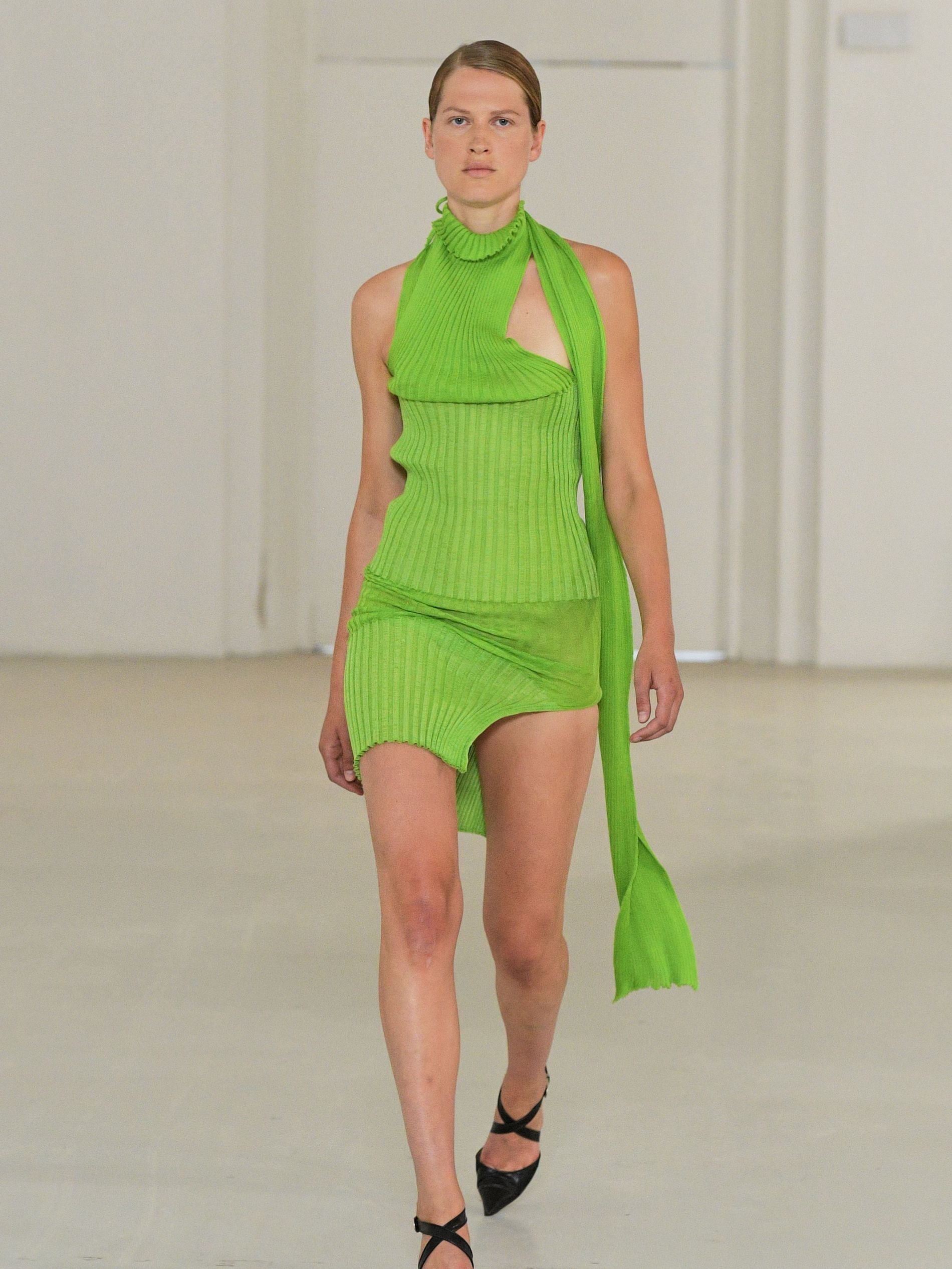 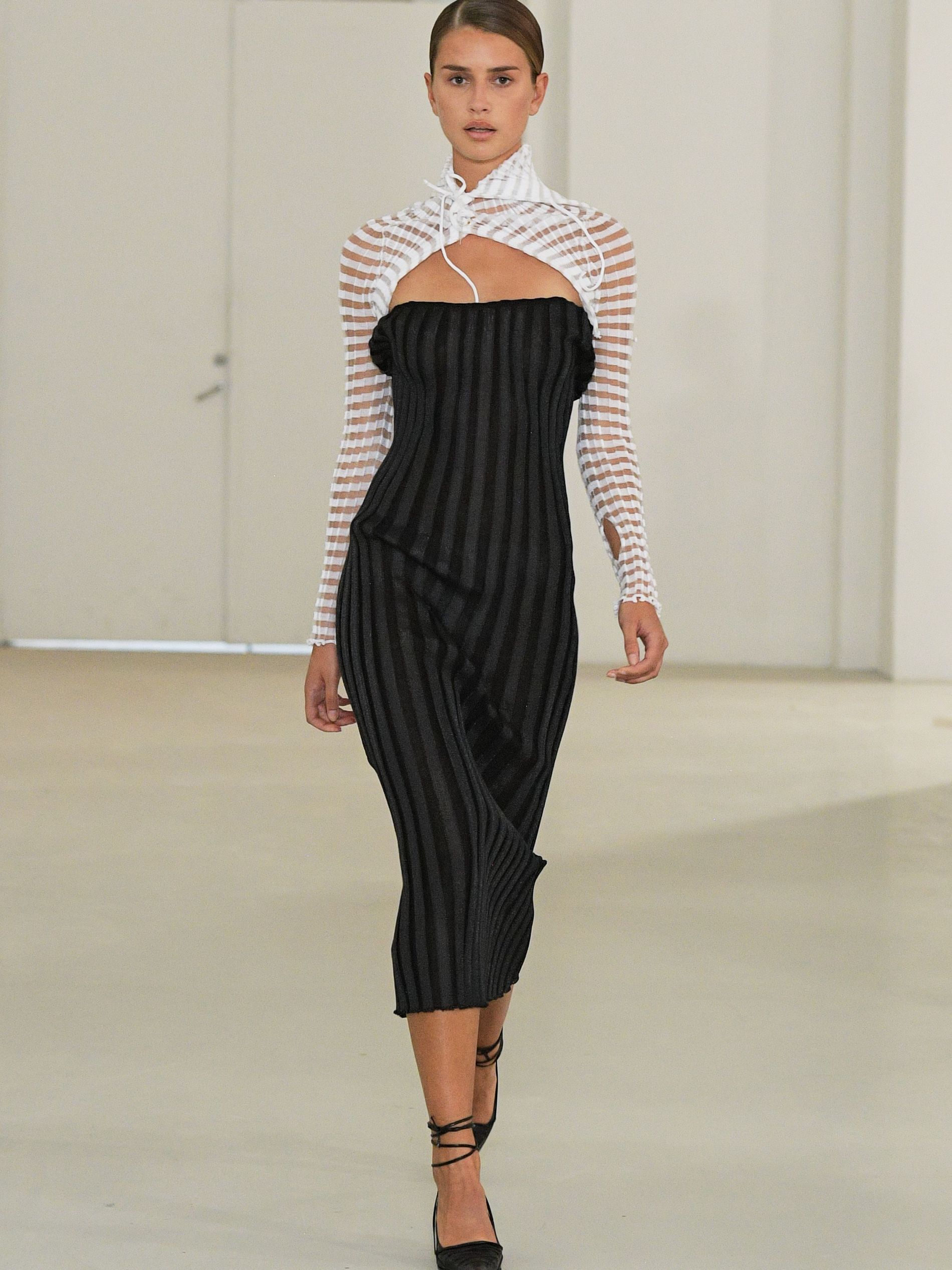 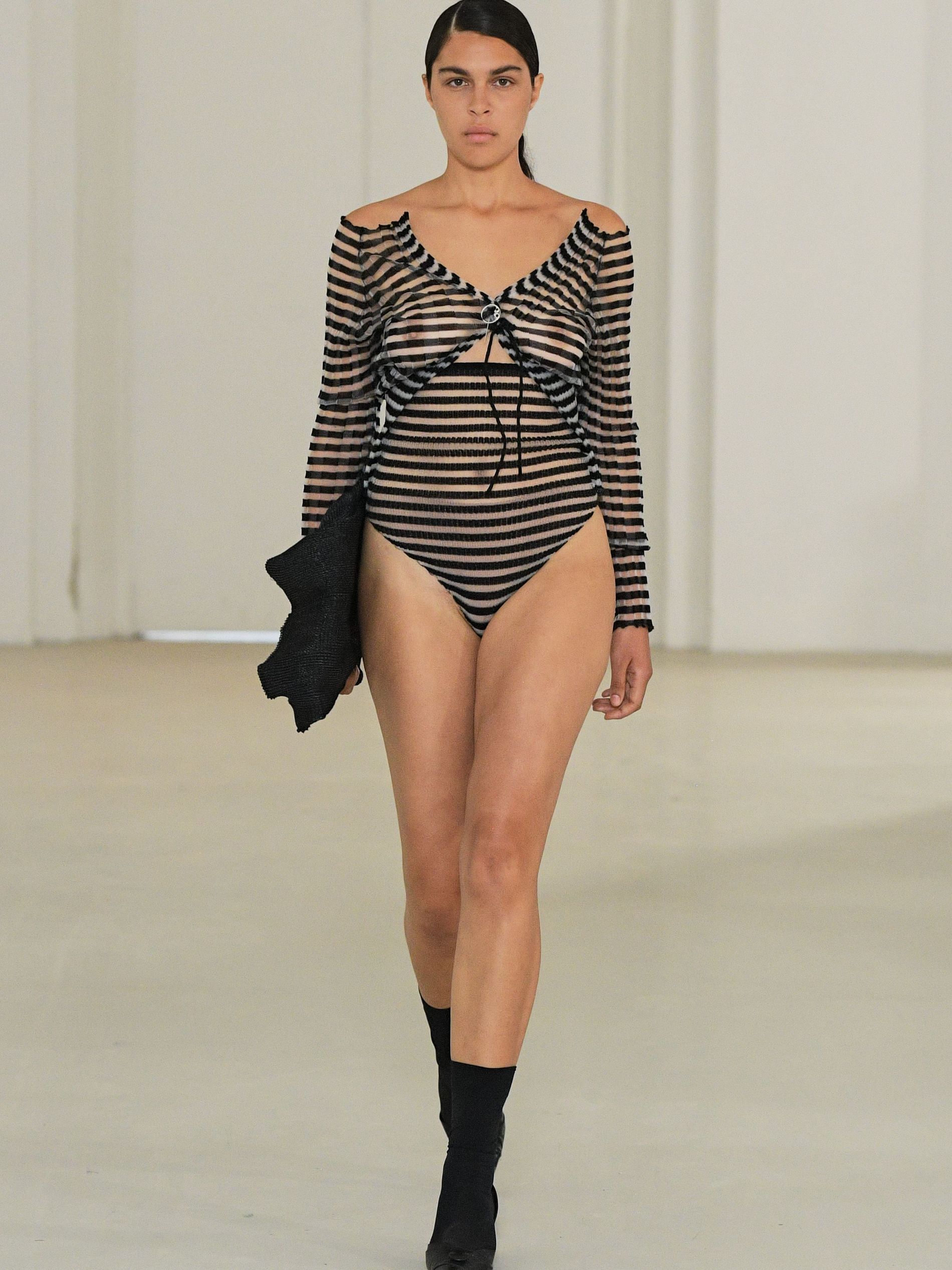 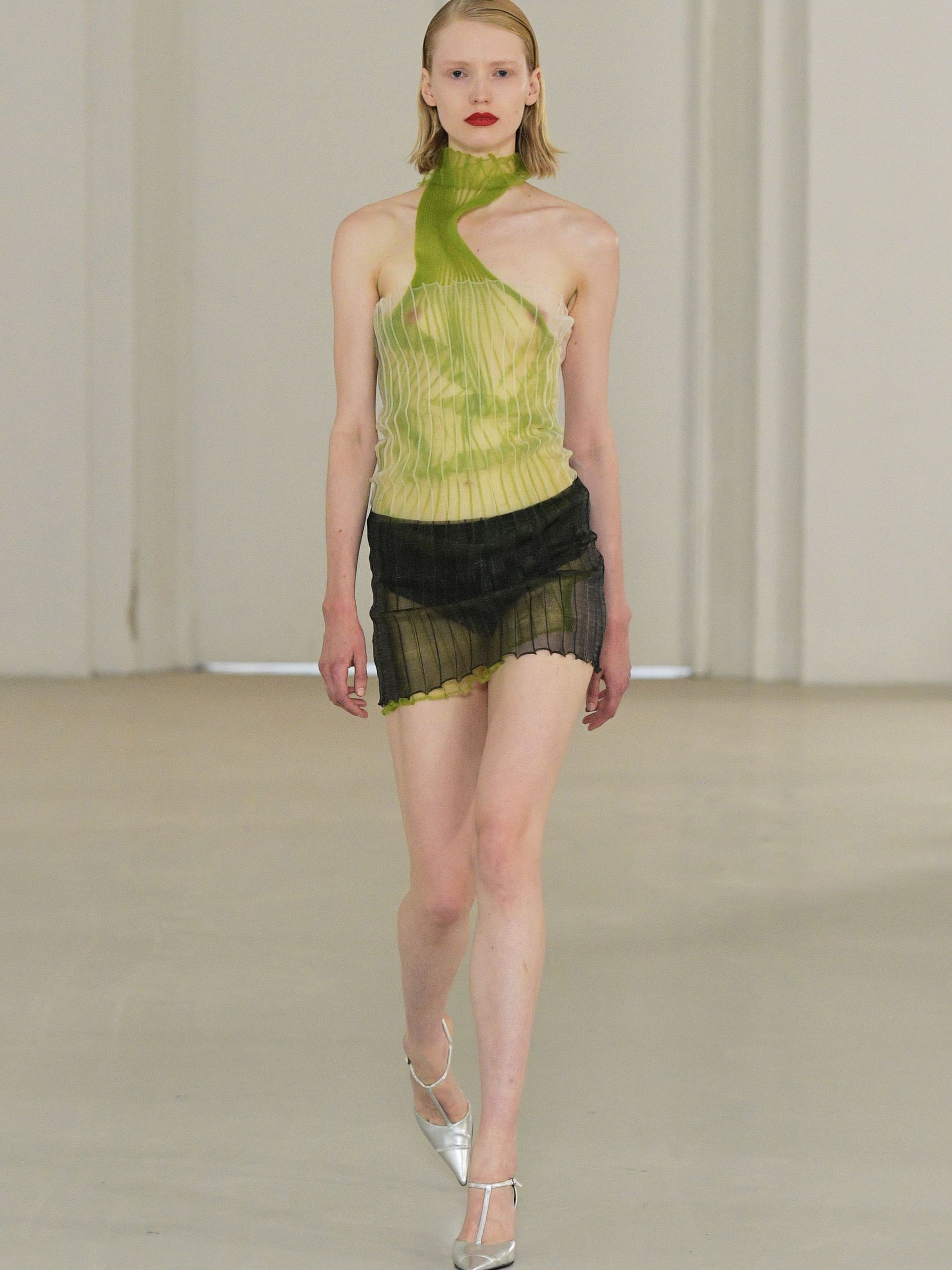 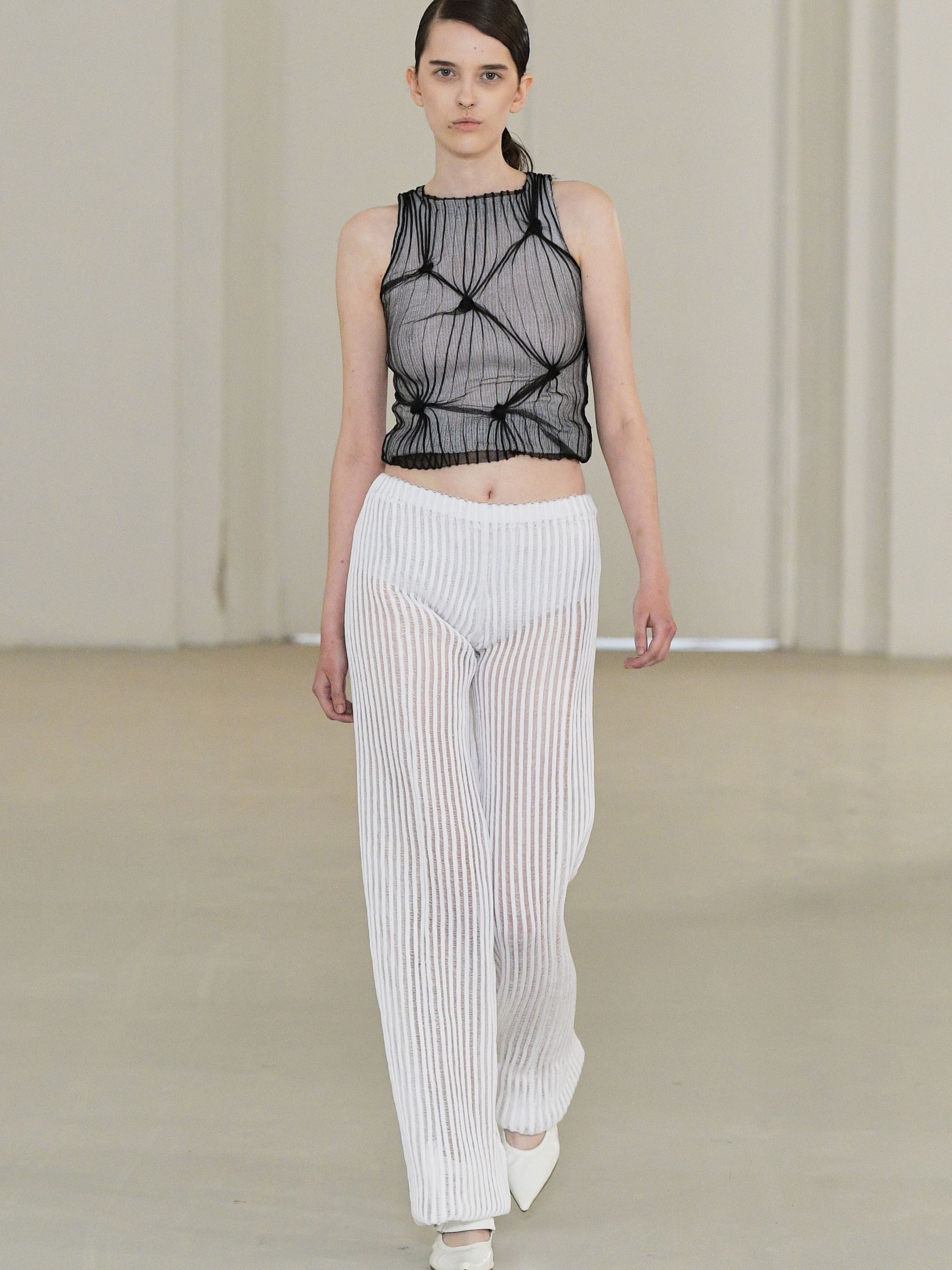 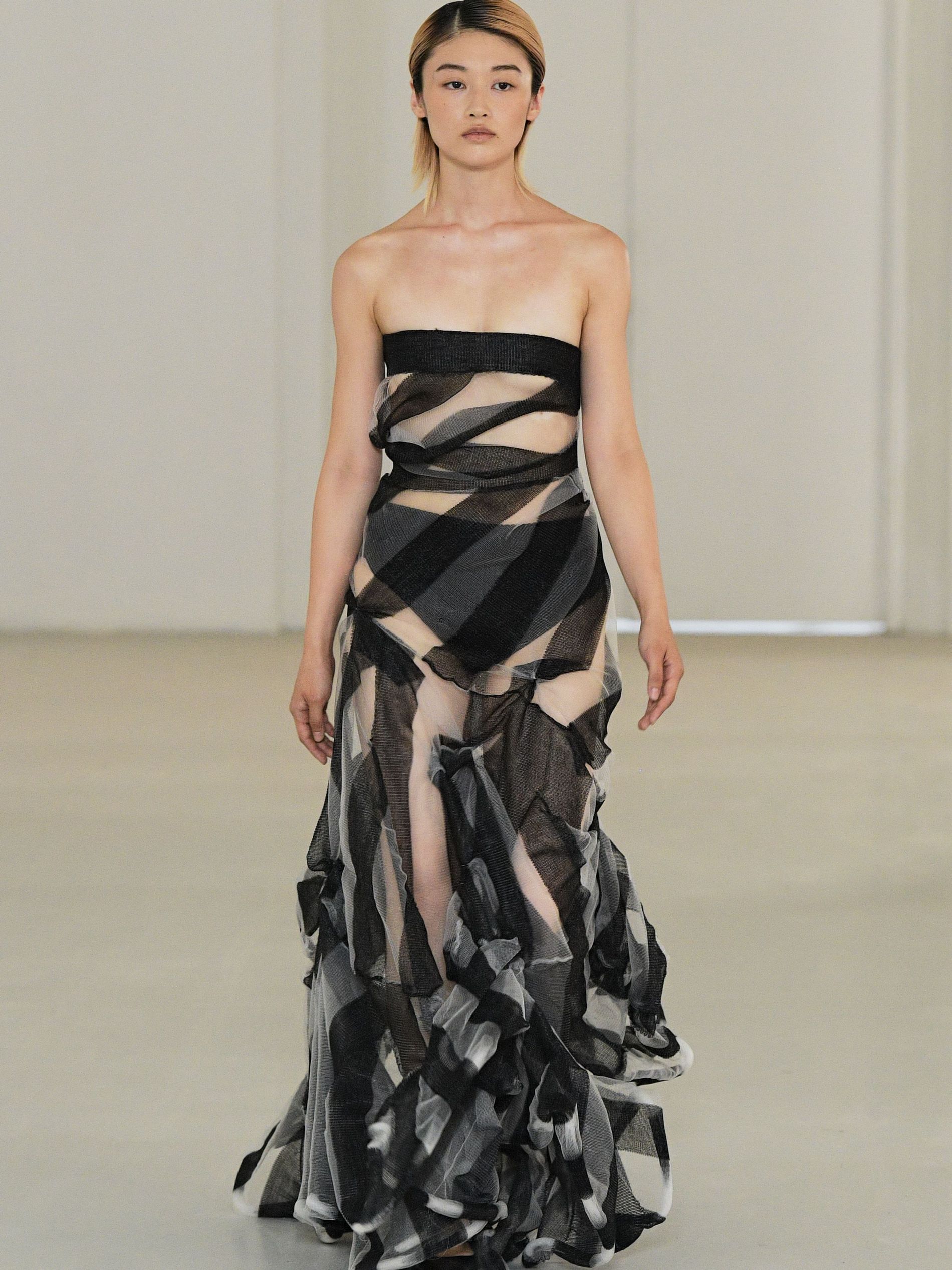 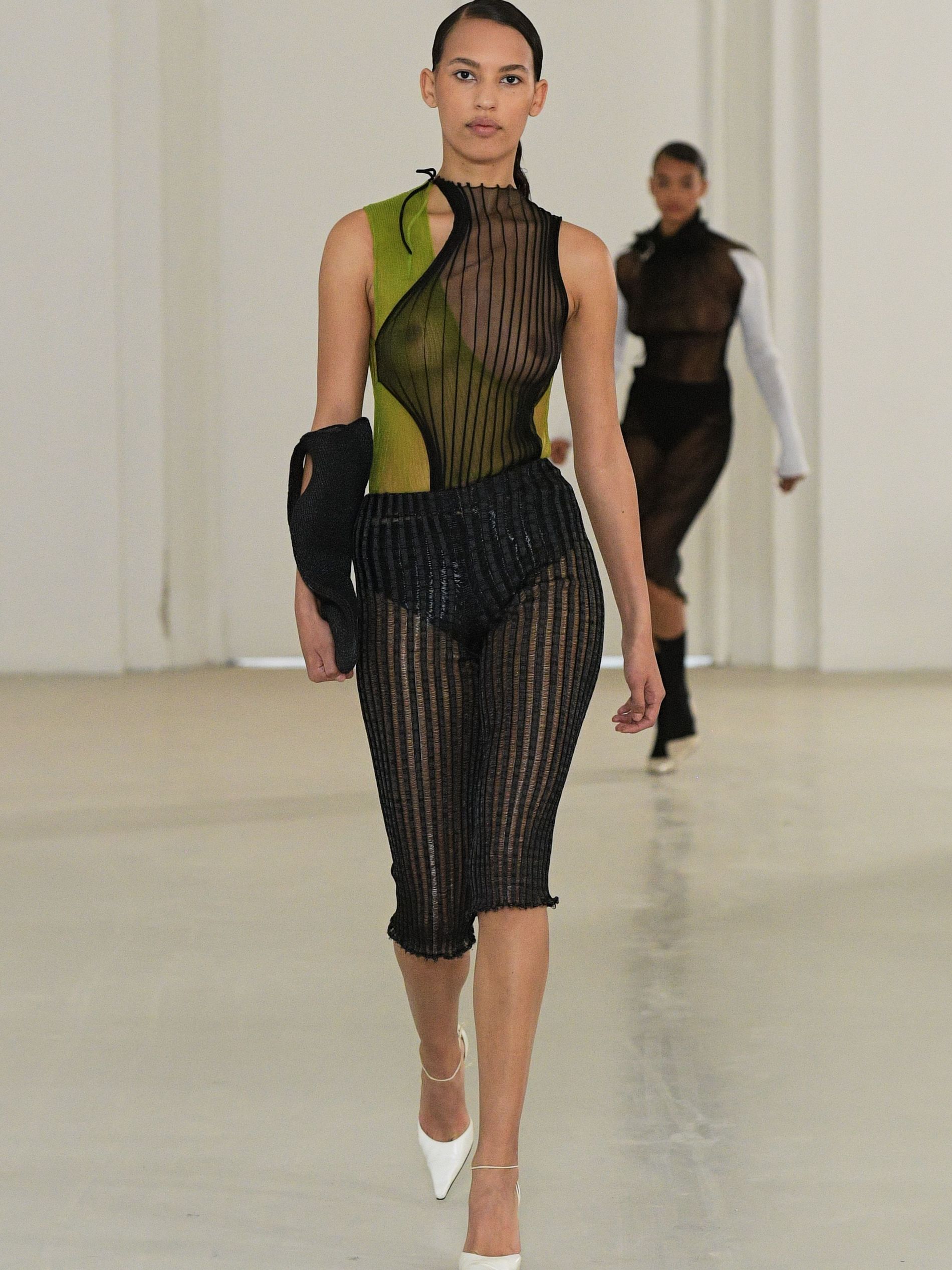 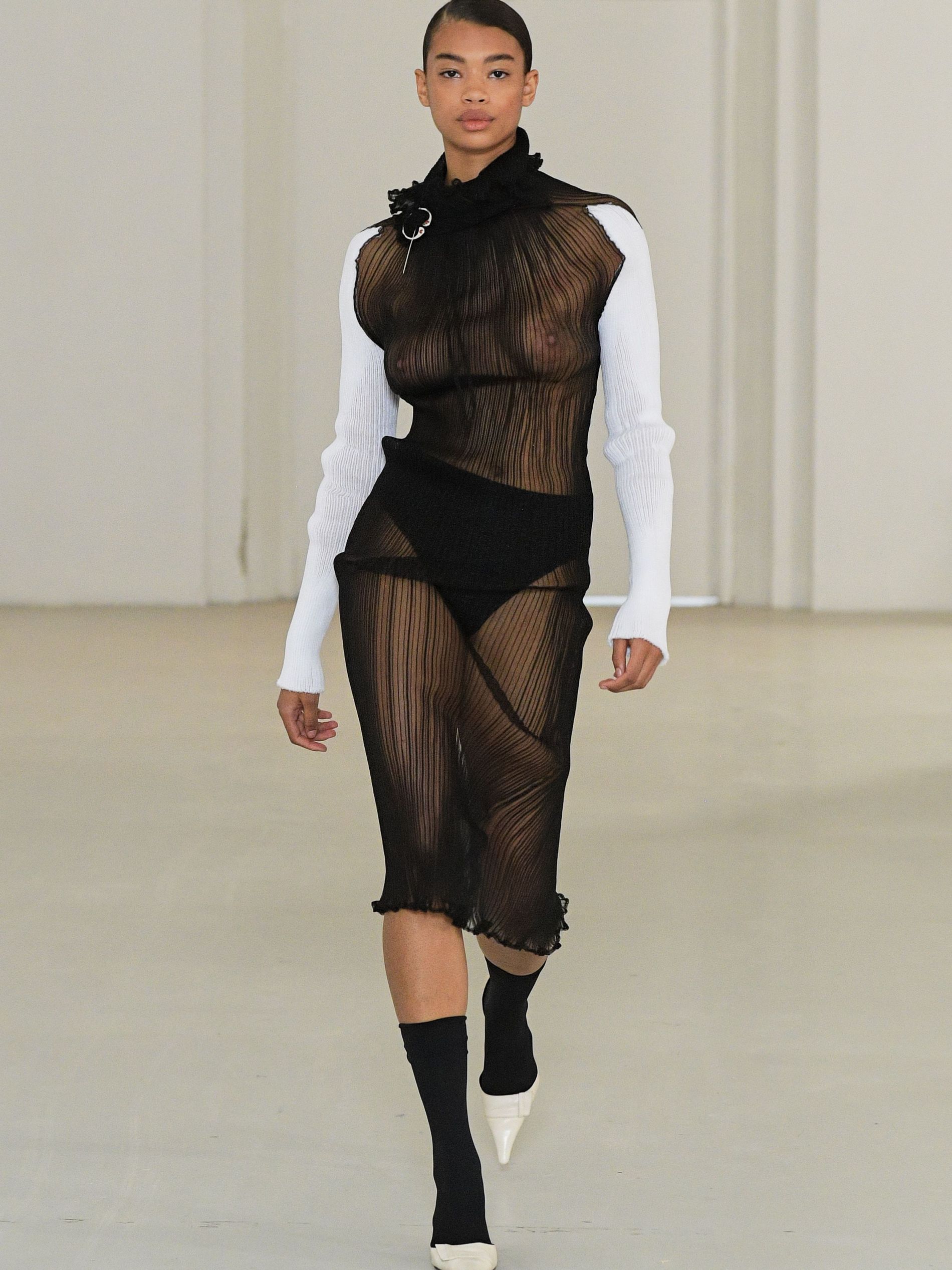 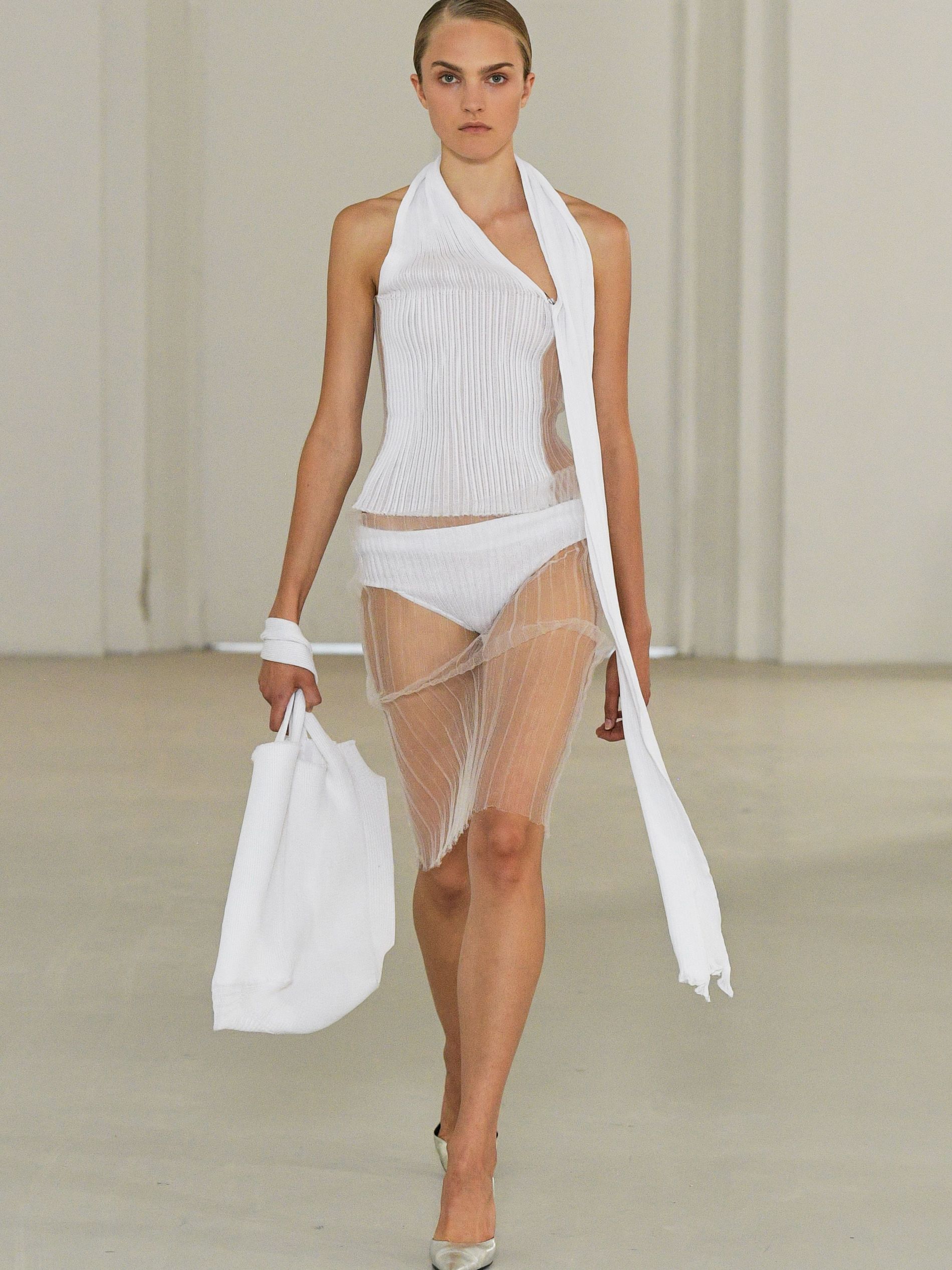 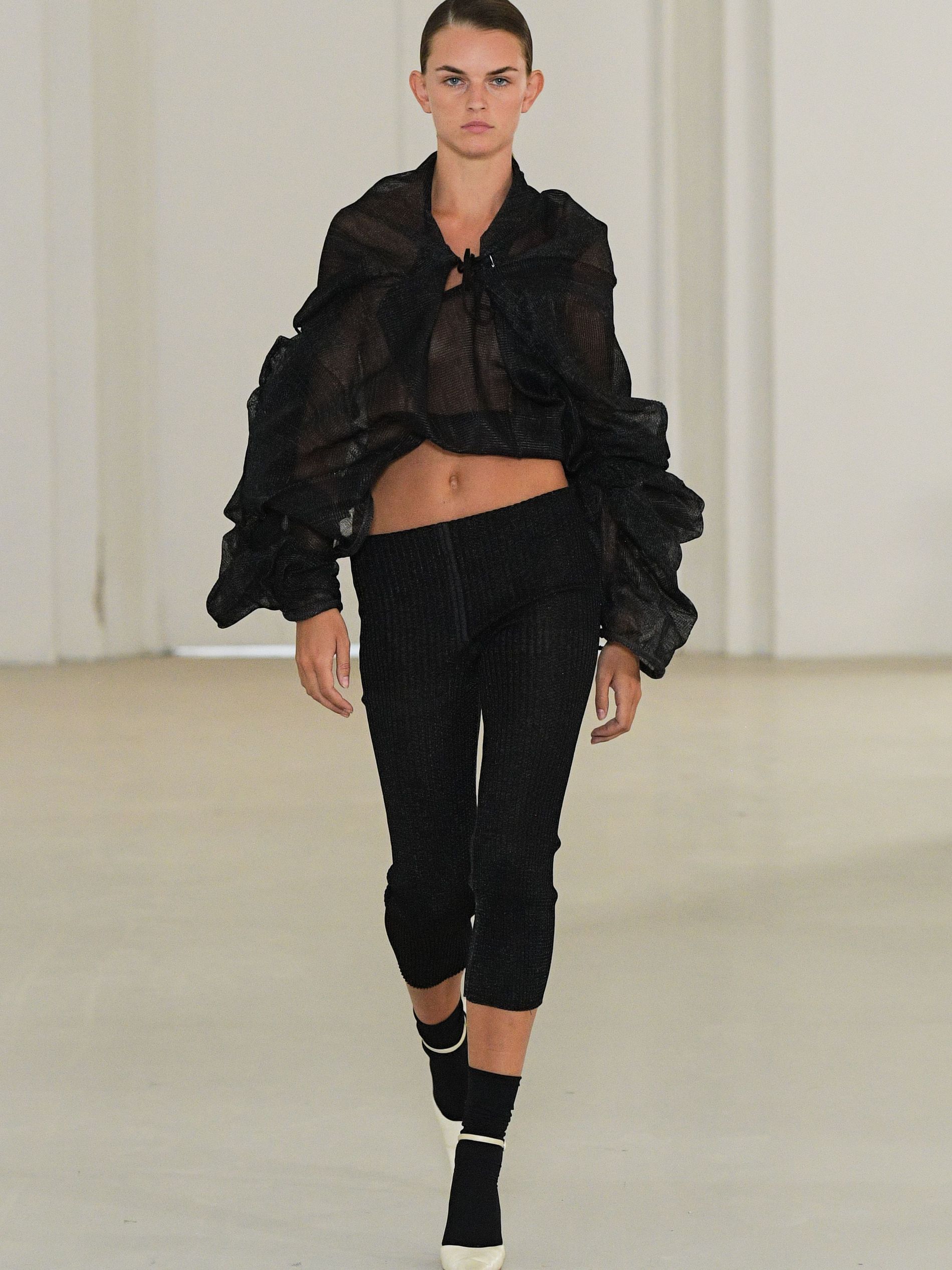 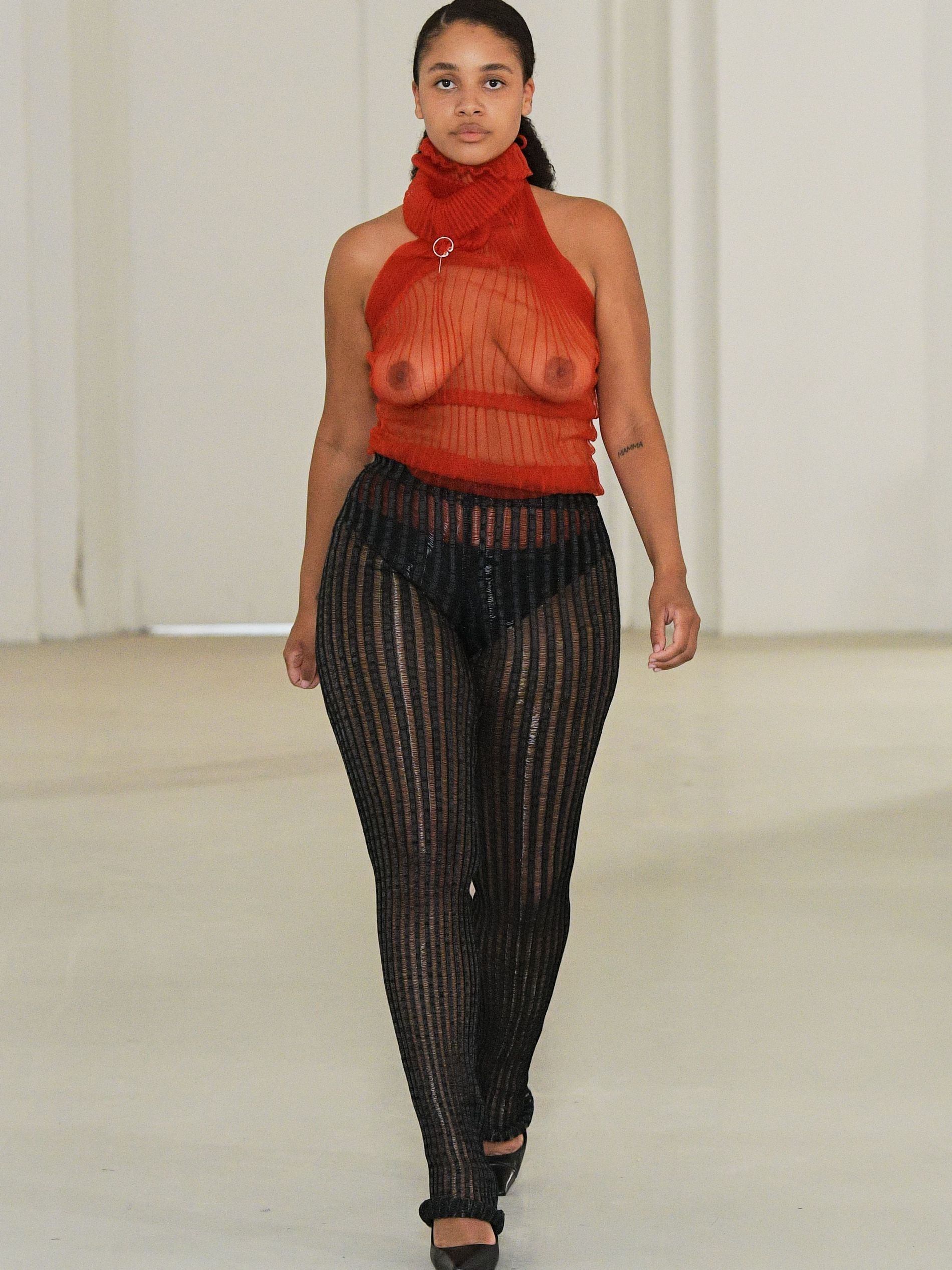 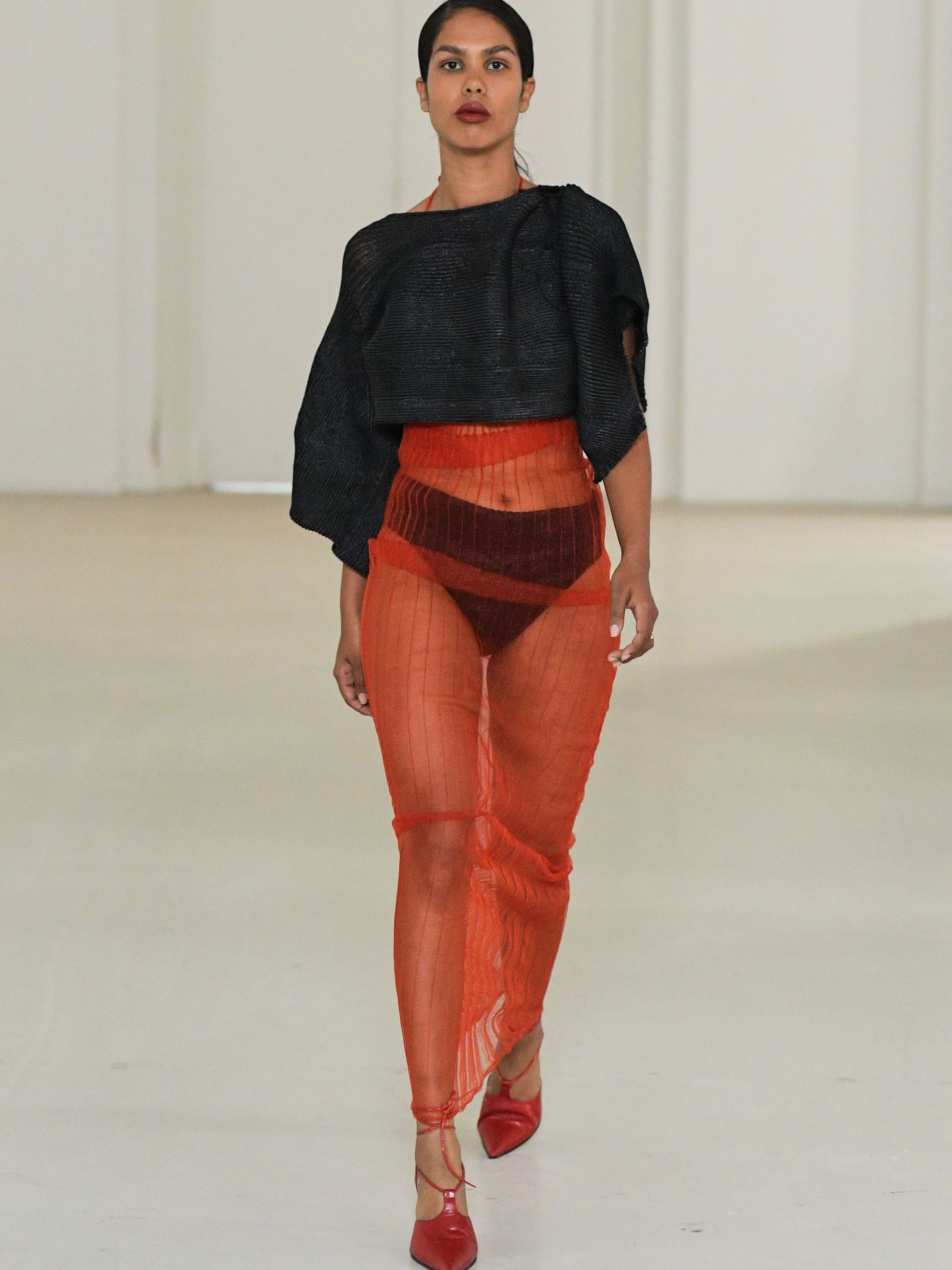 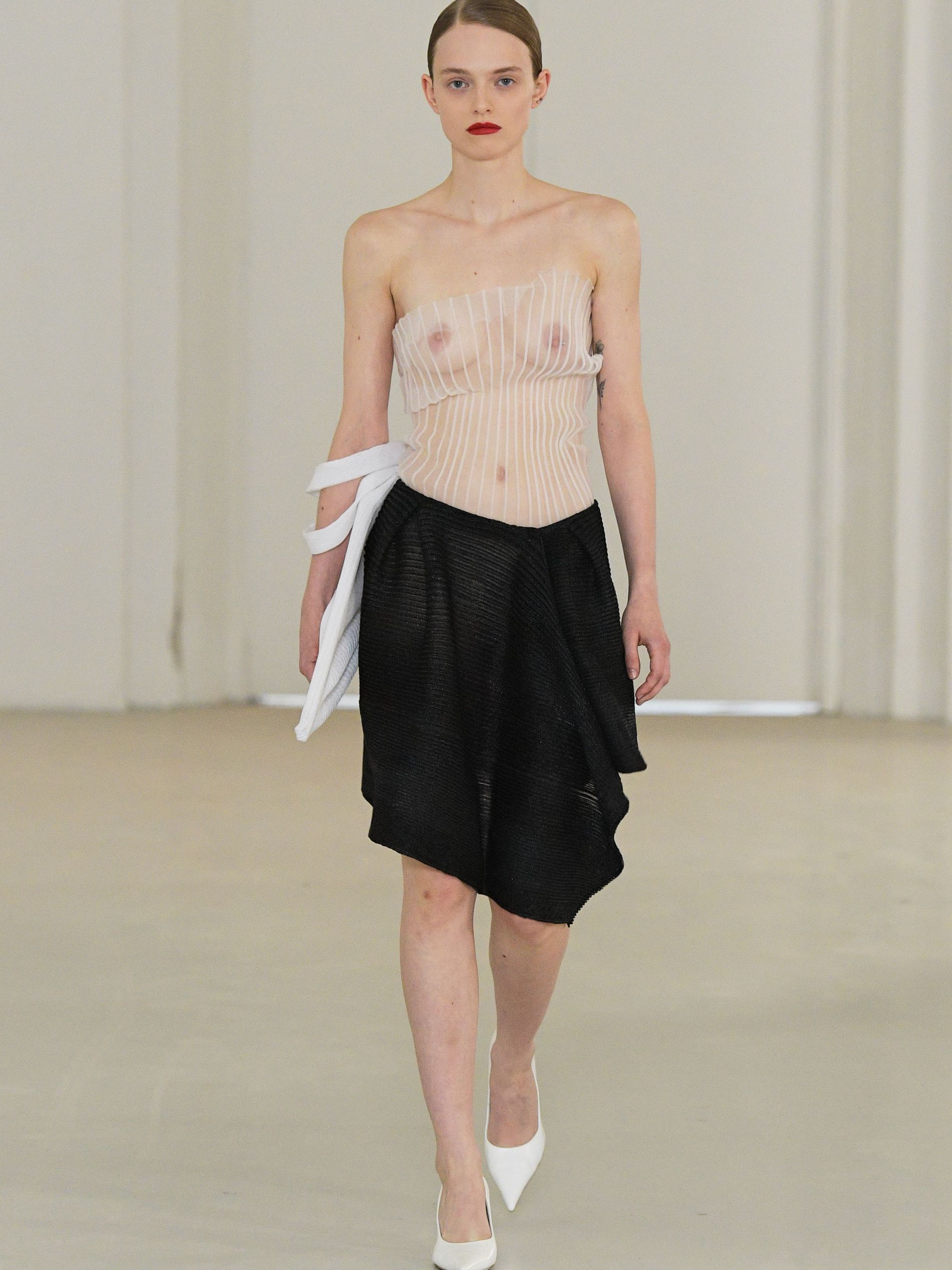 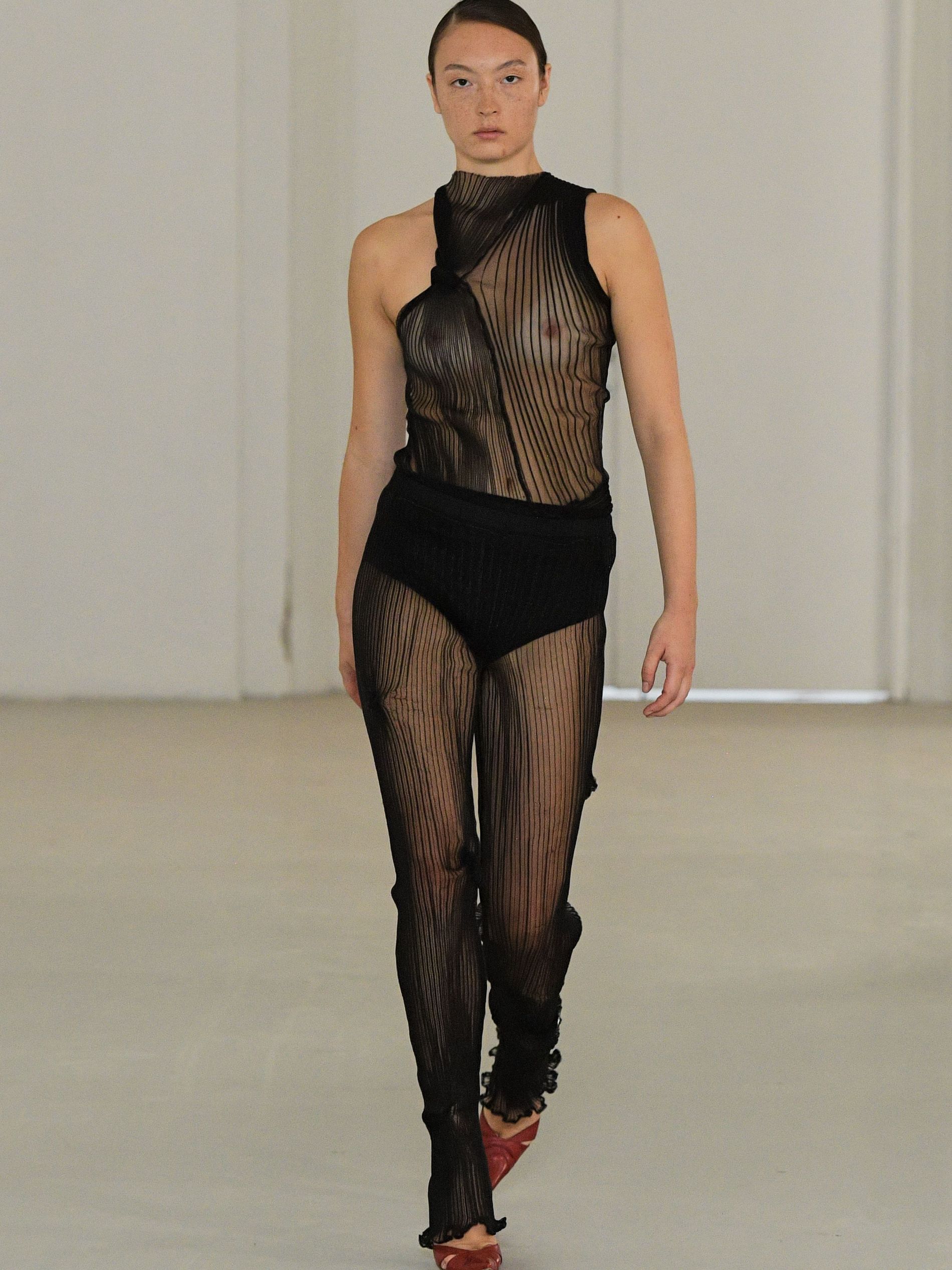 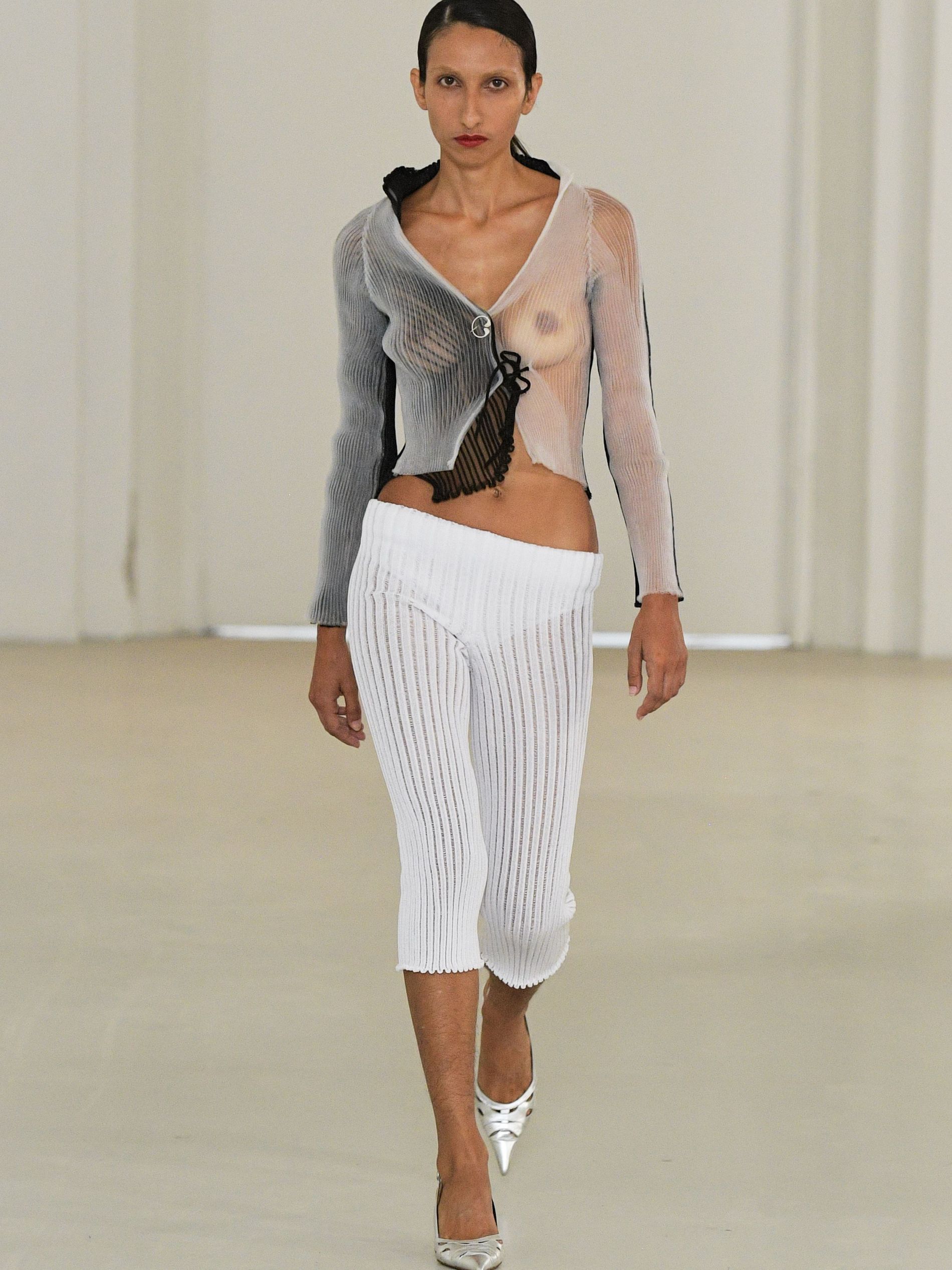 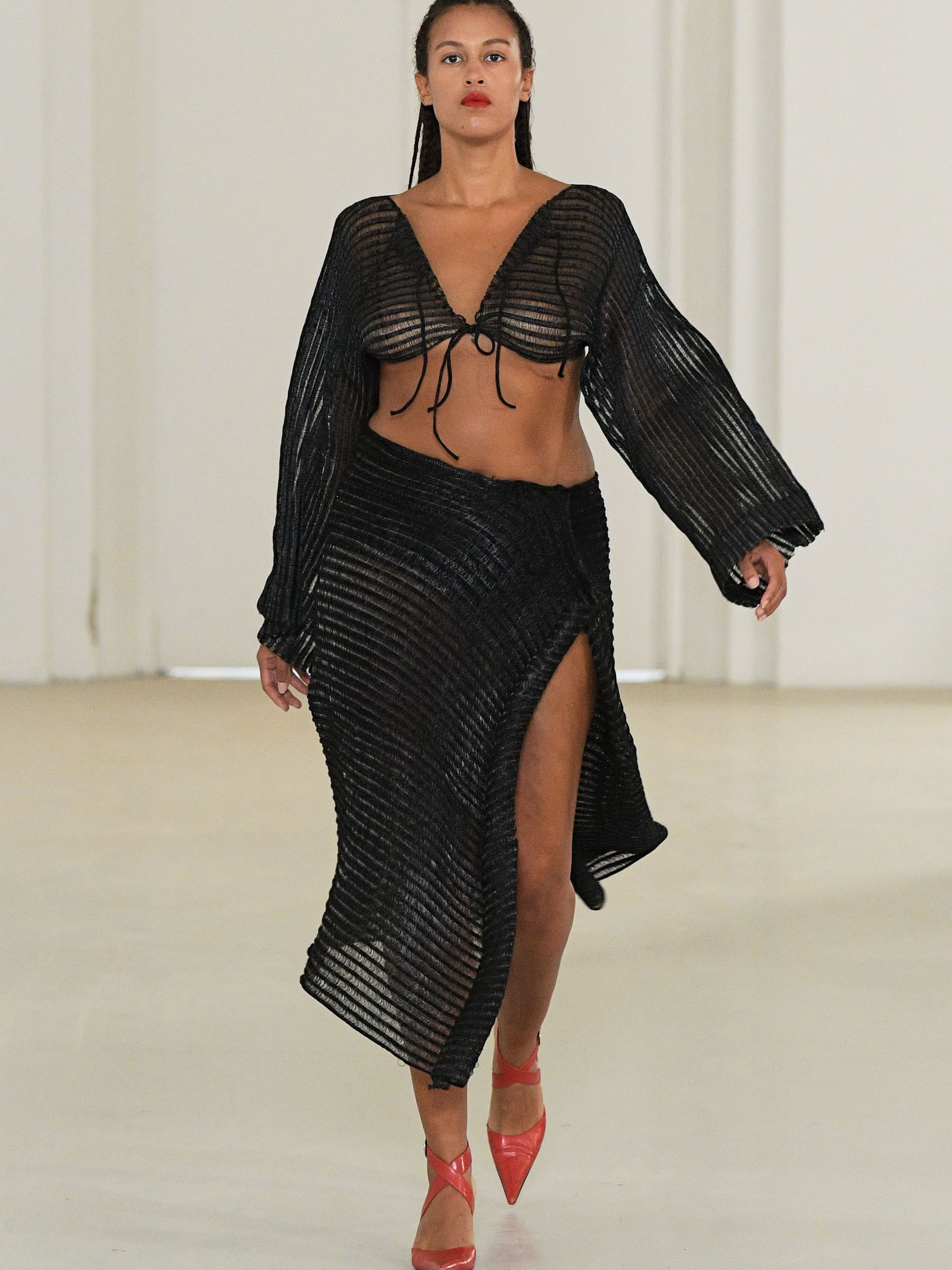 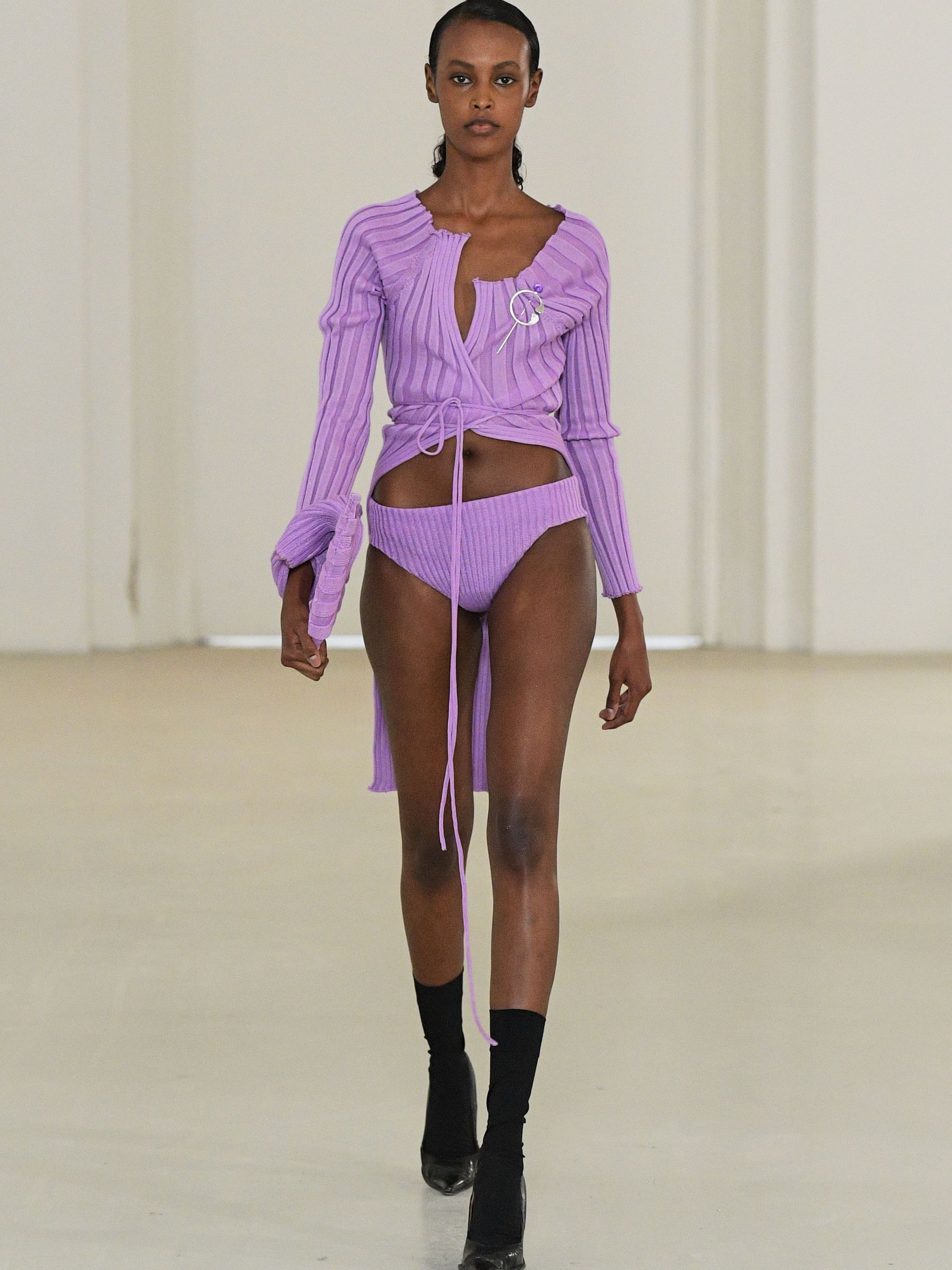 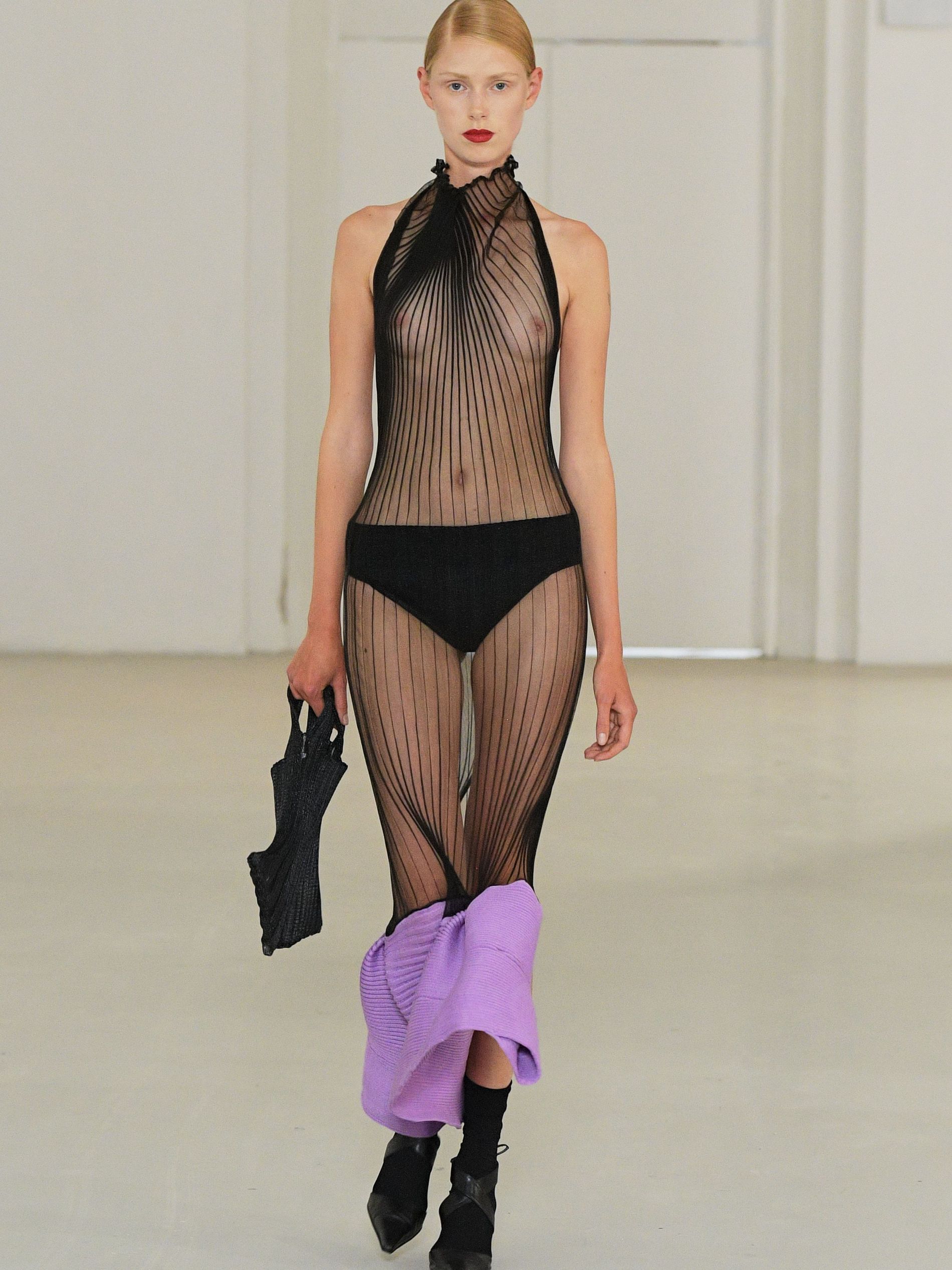