The stand-out items to own from one of Denmark's most revered designers, from his Cylinda-line to the AJ Lamp

Architect and and product designer Arne Jacobsen has become synonymous with Danish design and, on a larger scale, mid-century modern interiors. Active from the 1920s until the 1970s, Jacobsen defied trends with his work, bringing a unique eye rooted in functionalism and an unparalleled sense shape.

Jacobsen’s architecture can be found throughout Denmark, with key buildings such as the Bellevue Theatre, Skovshoved Filling Station, SAS Royal Hotel, Stelling House, and The Danish National Bank (completed after his unexpected death in 1971) still defining the country's skylines.

While Jacobsen is well-known for his furniture - chairs, in particular - there’s so much more to the designer than just his seating. Jacobsen delighted in designing everything from clocks to flatware to bar items; each of them a beautifully rendered ode to the marriage of form and function.

Below, we take a look at some of Arne Jacobsen’s most loved interior design pieces.

Didn’t think someone could improve upon the classic clock-face? Well Arne Jacobsen did exactly that. The Banker’s Clock was designed in 1971 for the Danish National Bank, which Jacobsen designed but unfortunately didn't get to see completed. The clock's subtle twelve-square pattern next to each number creates an engaging spiral in what is an understated Jacobsen classic. It took three years, and an advance in production technology, to launch the stainless steel Cylinda-line, but oh boy, was it worth it. Released in1967 and produced by Danish homewares company Stelton, Cylinda-line is a collection of bar and kitchen goods including a teapot, coffee press, milk jug, ashtray, tray, coasters, cocktail shaker, and ice tongs. Each piece is beautiful on its own, but when they’re displayed together, the Cylinda-line is a stunning combination of functionality and aesthetics. 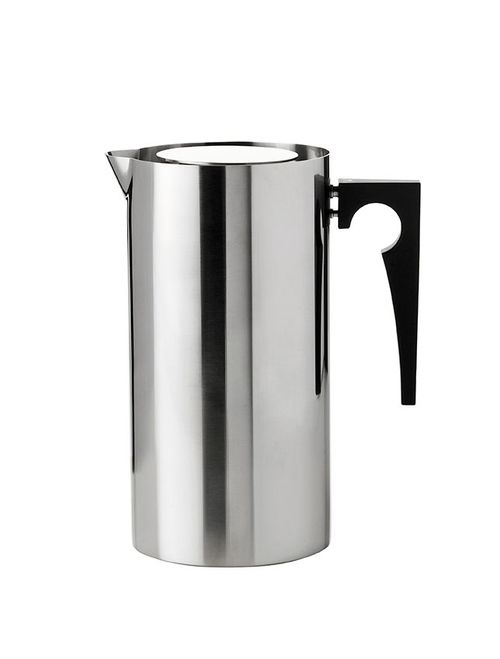 It looks simple, but just take a seat and feel it for yourself: the Dot Stool is perfect design captured in a tiny silhouette. Created in the 1950s, it originally had three legs. In the 1970s, the stool was updated with four legs for additional stability. 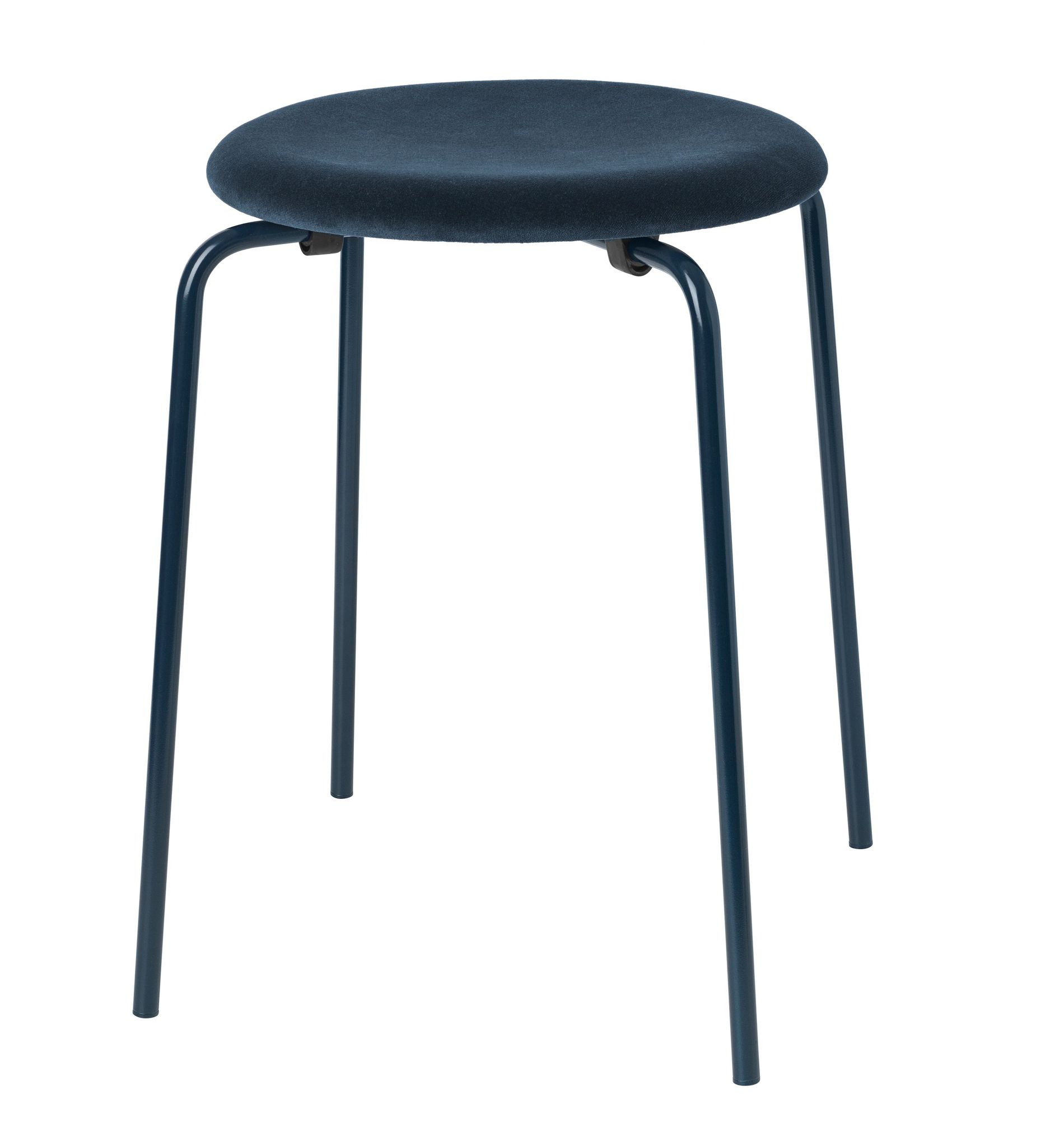 The sleek AJ Lamp was designed for the SAS Royal Hotel, for which Jacobsen actually designed everything (from the architecture to the furniture to the flatware). It comes in a table lamp, mini table lamp, floor lamp, and wall lamp options. It’s also available in many colours and finishes so it can suit any space or need.

Related: The 6 iconic Danish design pieces everyone needs in their life To be the most popular chair in furniture producer Fritz Hansen’s extensive collection, you’ve gotta be really good. And the Series 7 chair certainly is. Simple, soft, and stackable, this chair was designed by Jacobsen in 1955 and was met with immediate success. It has been imagined and reimagined in a few colour palettes over the years, including by Verner Panton and Carla Sozanni. It comes in many iterations such as upholstered, in a stool version, desk-chair version, and with or without armrests.

Related: The three most iconic Arne Jacobsen furniture pieces to have on your interior wishlist 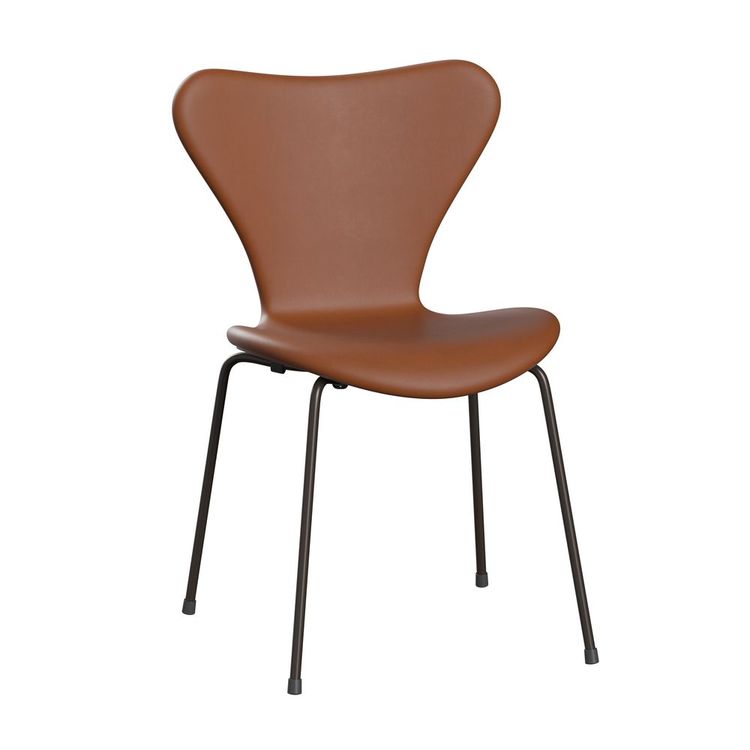 The Swan Chair and Sofa

Designed for lobby of the SAS Royal Hotel in 1958, the Swan Chair quickly became one of Jacobsen’s most recognisable designs. The absence of straight lines and high sides makes this chair inviting, while the steel base keeps the look clean and modern. The Swan is available as both a chair and a sofa. 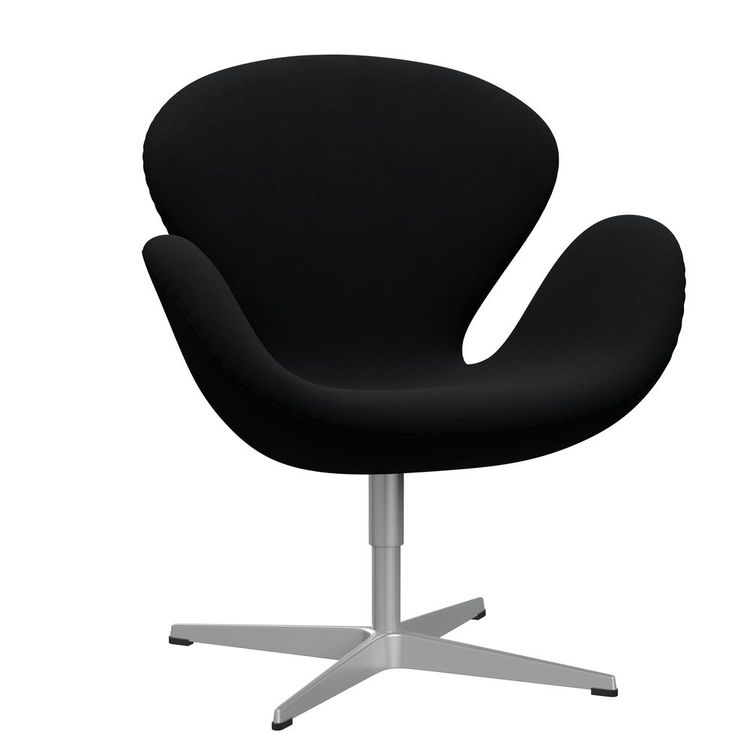