Zadig&Voltaire is about as Parisian as a brand can get, so it struck me as a little odd that the woman who has served as its head of design for fifteen years is Swedish… that is until I met her.

“I have definitely married the French vibe,” Cecilia Bönström tells me over video chat. In the three decades since she moved to Paris, the designer has morphed into the ideal mix of Scandi practicality and Parisian effortlessness, punctuated with a dash of je ne sais quoi. Think tousled blonde hair, lace camisoles and sharp-shouldered blazers.

Bönström has just returned from St Tropez, where she presented Zadig’s SS22 collection at the iconic beach venue Le Club 55. “I really wanted to create something where we could join together, celebrate and share a moment,” she says. “Saint Tropez has a certain place in the mind of people – the sunshine is good, the girls are beautiful and there’s a certain vibe.” 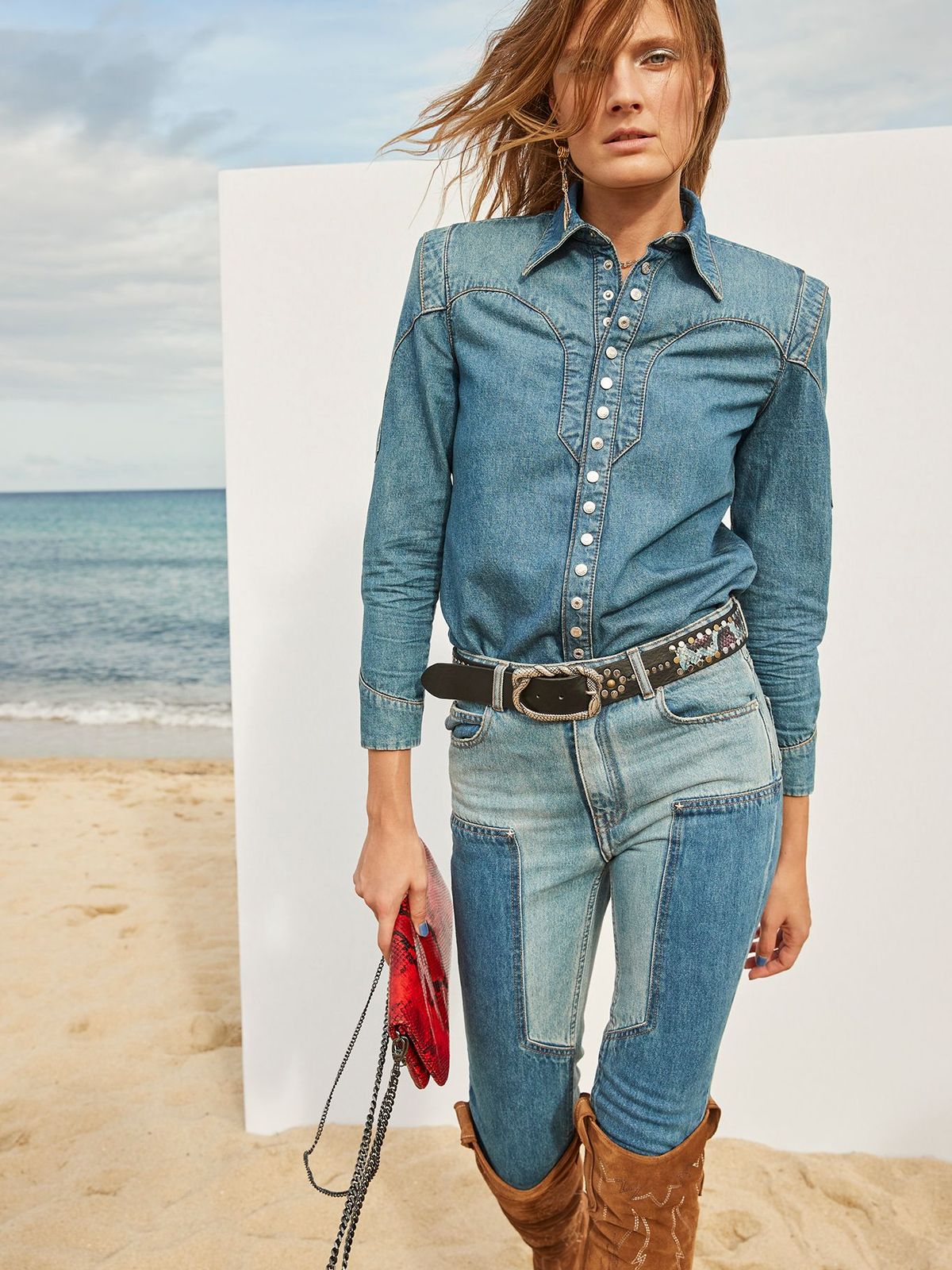 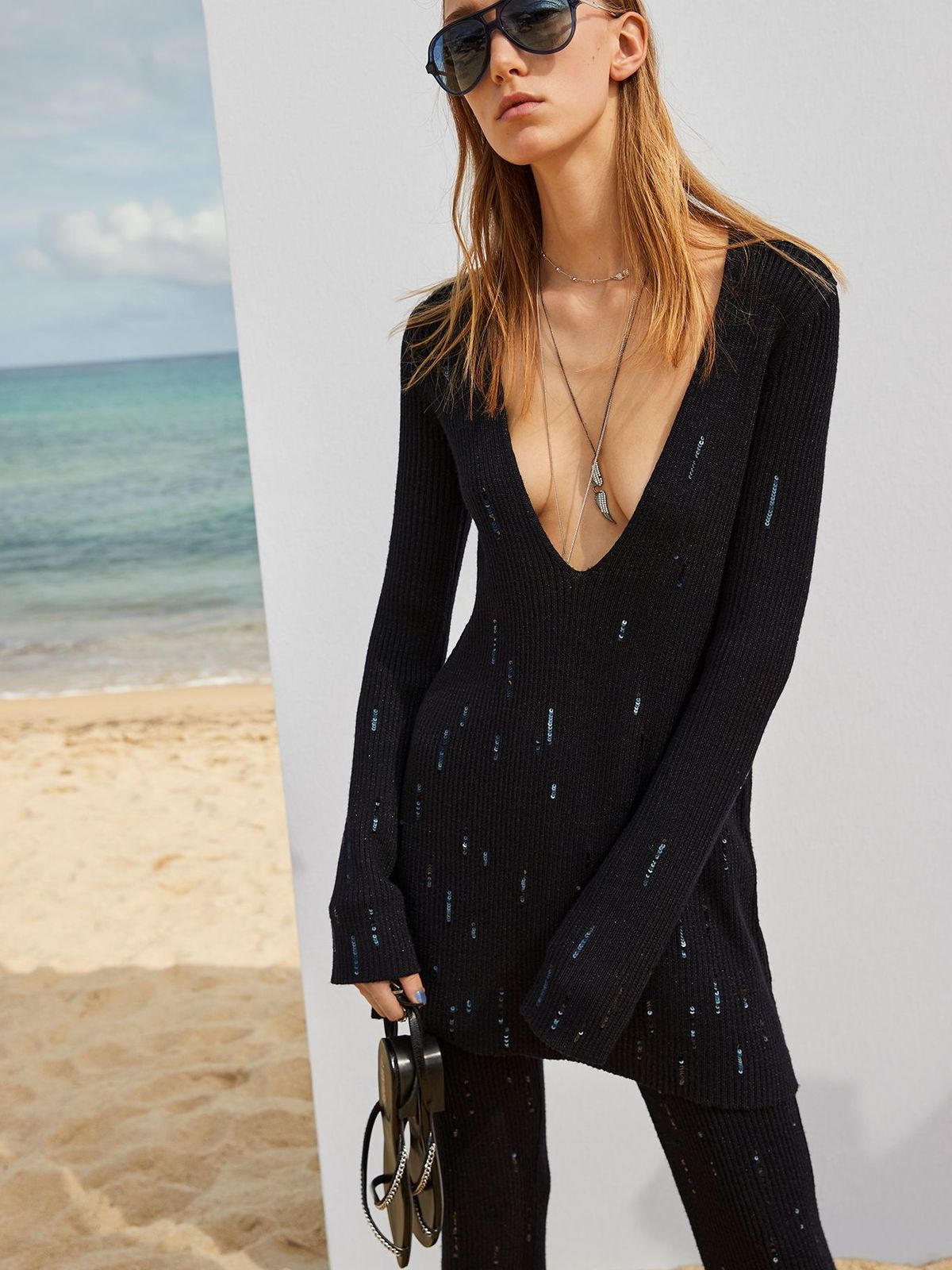 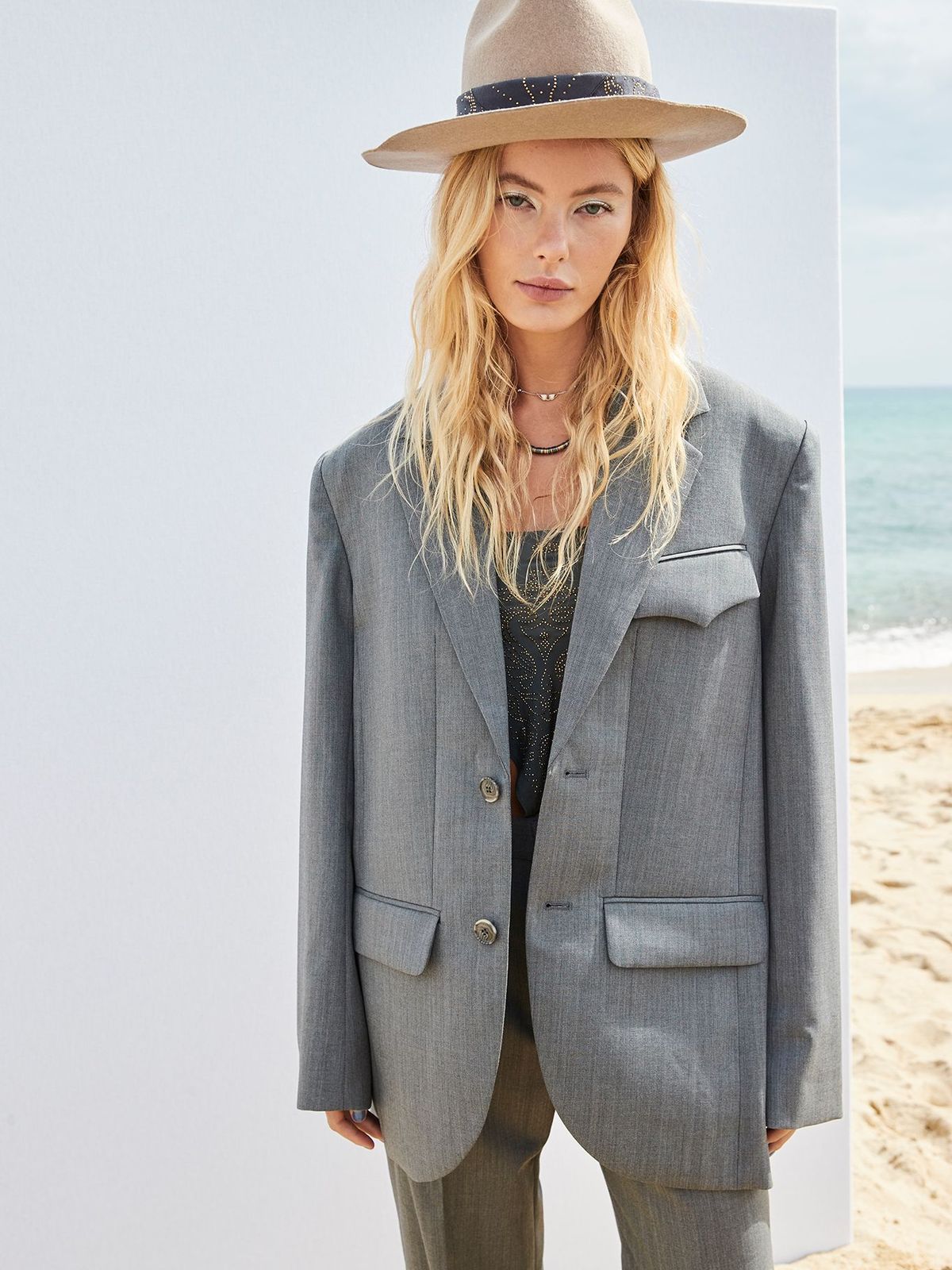 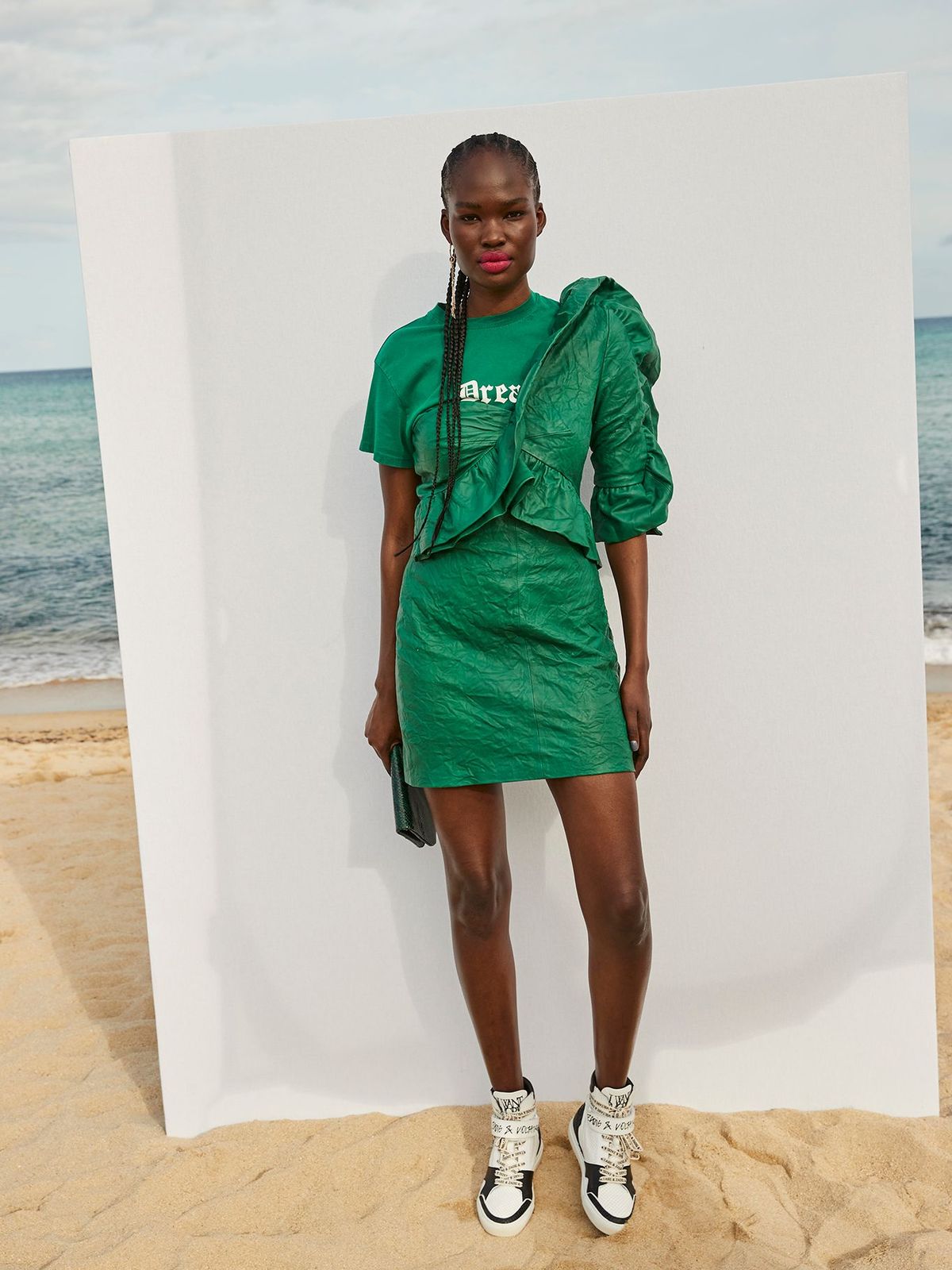 Guests including Erin Wasson and Blanca Miró watched as models came down the sandy runway in looks that were, as Bönström puts it, “one hundred percent party mood”. A three-piece pinstripe suit is imagined with impossibly tiny short shorts. Denim is bedazzled or worn slim and high-waisted. Dresses are short, blazers worn open over nothing at all. The collection’s muse was Diana Ross, “totally free, on the dance floor”.

The spectacle was set to the ethereal vocals of indie-pop crooner Charlotte Cardin (she’s not quite Parisian, but rather French Canadian), who will also appear in the brand’s upcoming campaign. “It was just her voice and the guitar and we were there with our rosé. Suddenly the clouds open up and the sun came down, and I said, ´Is Jesus up there?´” Bönström recalls. “It was really this moment of grace.” 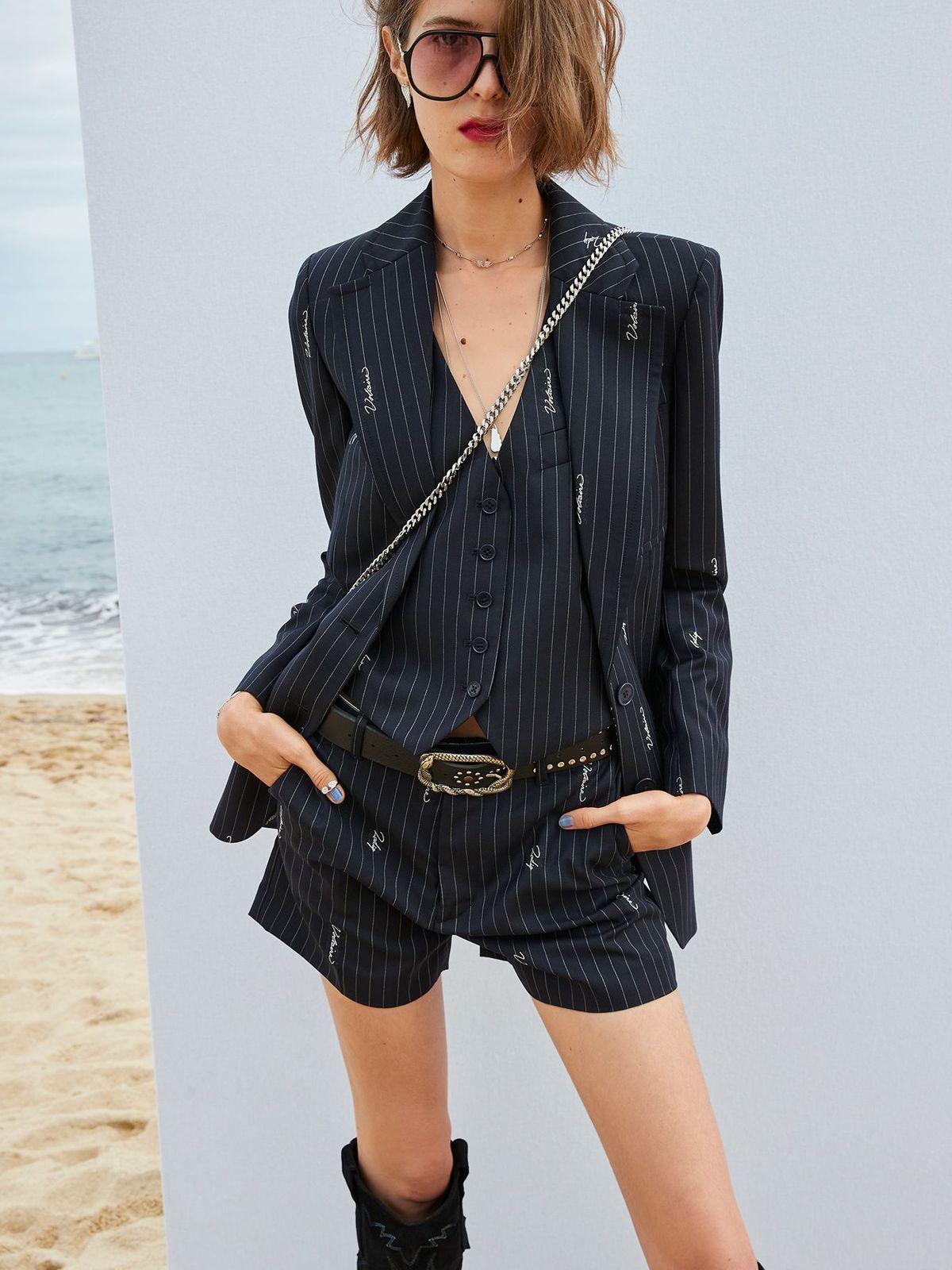 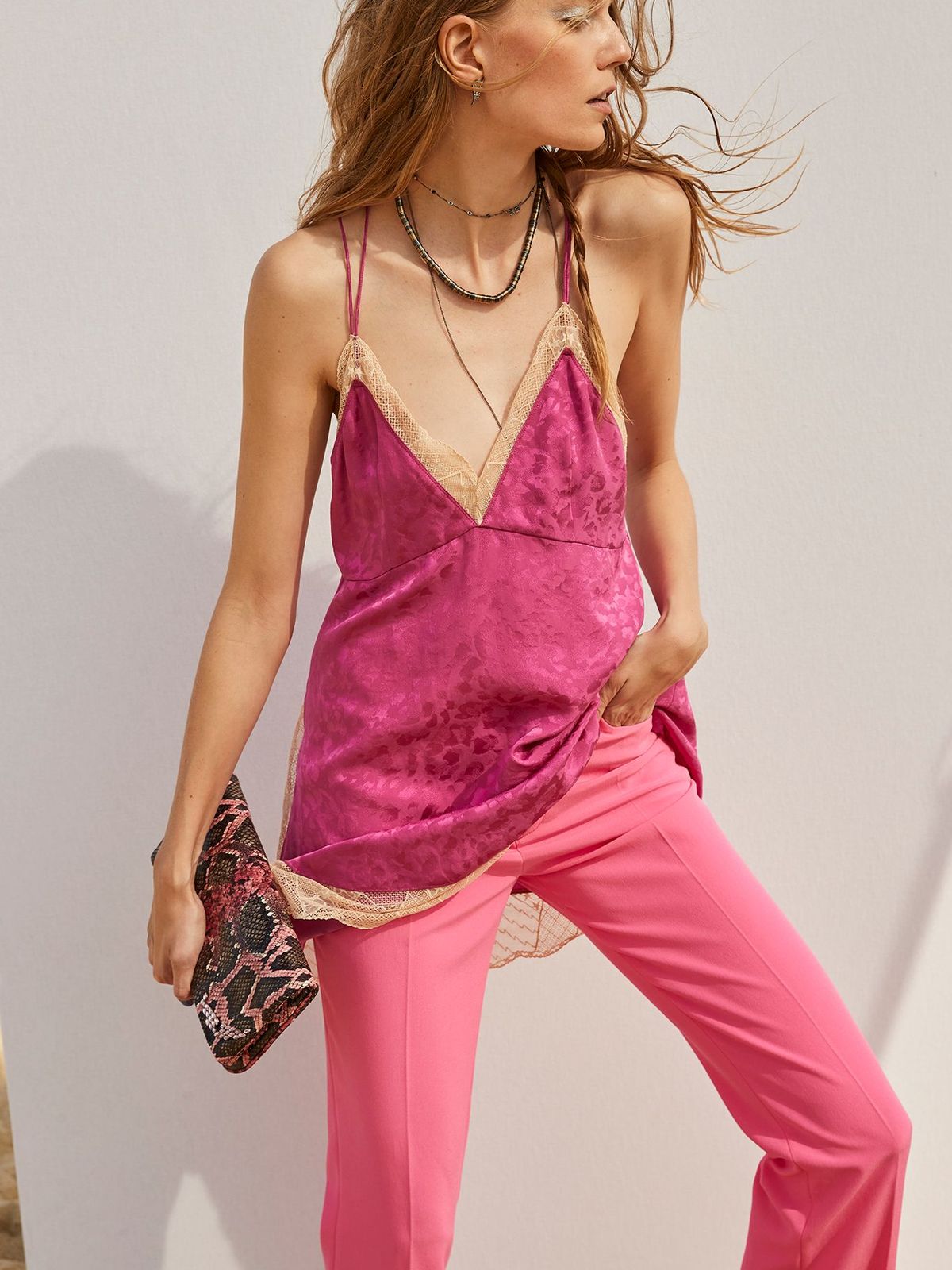 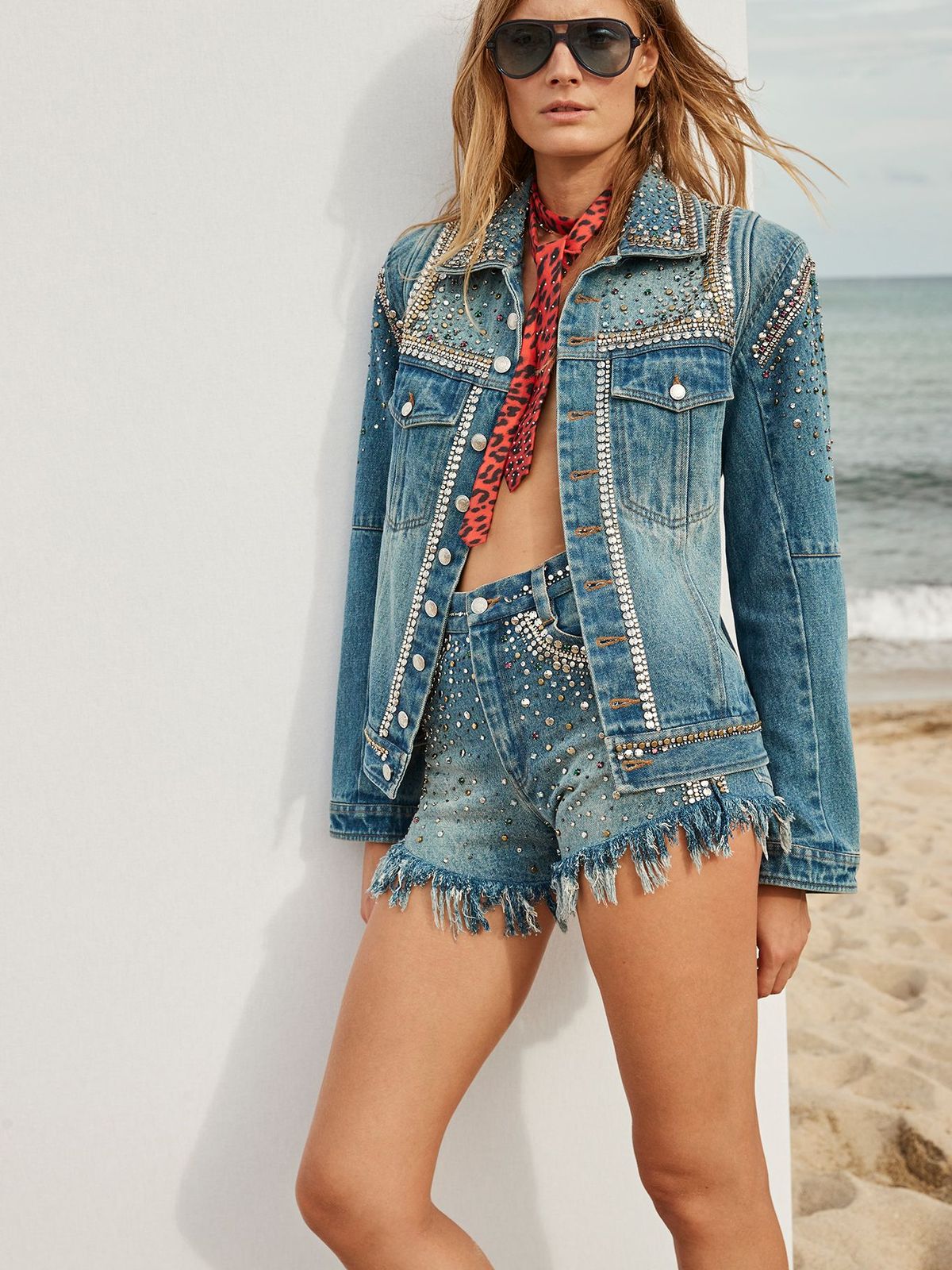 Zadig has come a long way since Bönström took over. Fifteen years ago, it was known as the brand that made cashmere cool and casual. Still, the groundwork was laid for it to become something more. “The DNA is effortless chic, masculine and feminine, a touch of rock,” Bönström explains. “But it has definitely evolved.” When she took the gig, the brand had been going relatively strong for nine years, and she wanted to respect that history. Until… “After a while I said, ‘f*** it,´ I’m going to follow my own instinct a bit more.”

So she set about transforming the offering from a “weekend wardrobe” to “a wardrobe for active women seven days a week.” Garments for work and play – the sort of items she’s drawn to herself. “When I was 19 and a model, my obsession was buying hats and men's blazers,” she says.

Yes, there are still leather pants, cashmere pullovers decorated with rhinestones and playful party dresses, but there is also carefully tailored outerwear and relaxed trousers. Frilly blouses and practical boots. Come to think of it, the whole thing is very Paris by way of Stockholm. “I met the King and Queen of Sweden,” Bönström says. “And their children dress in Zadig.” 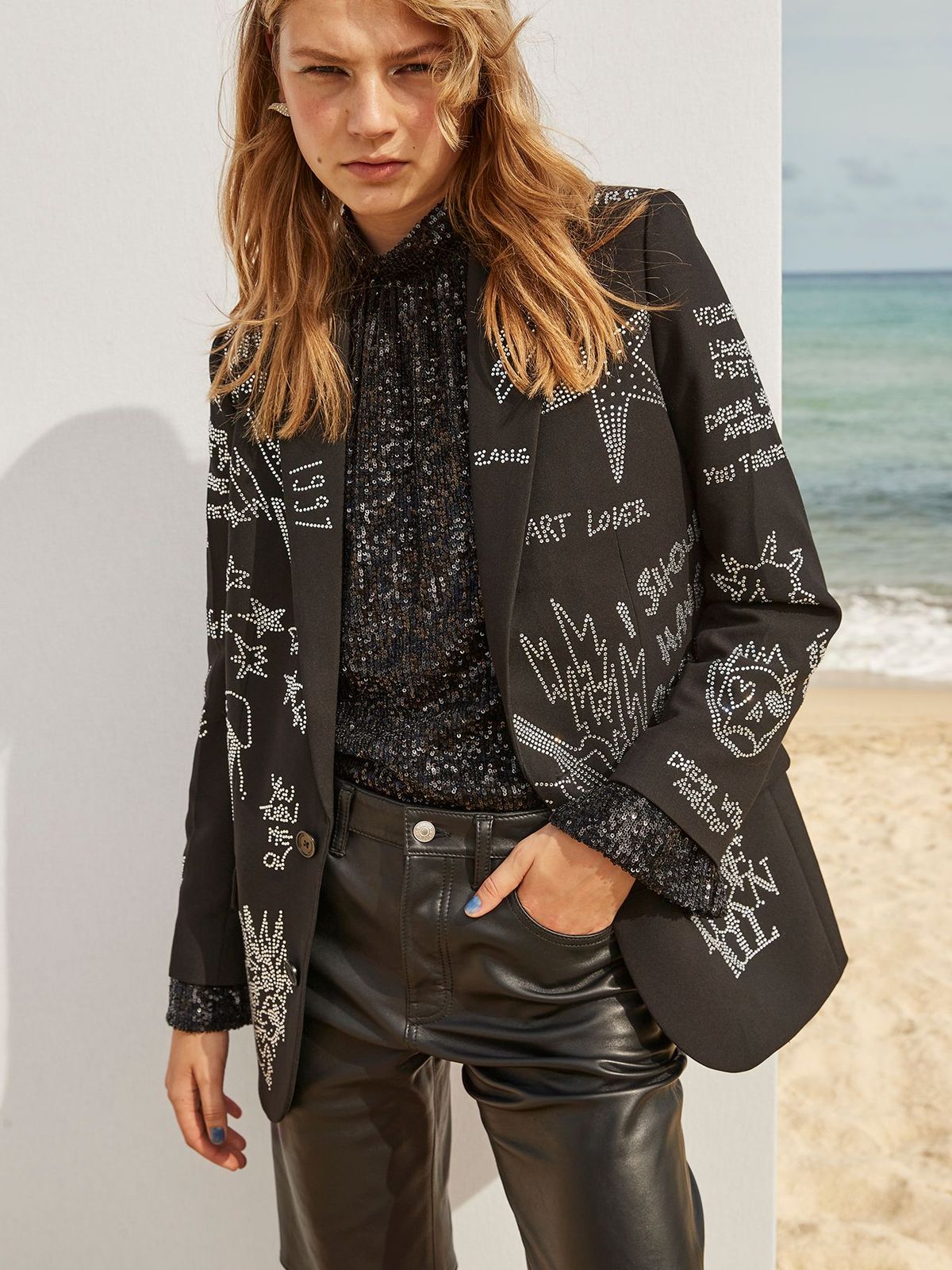 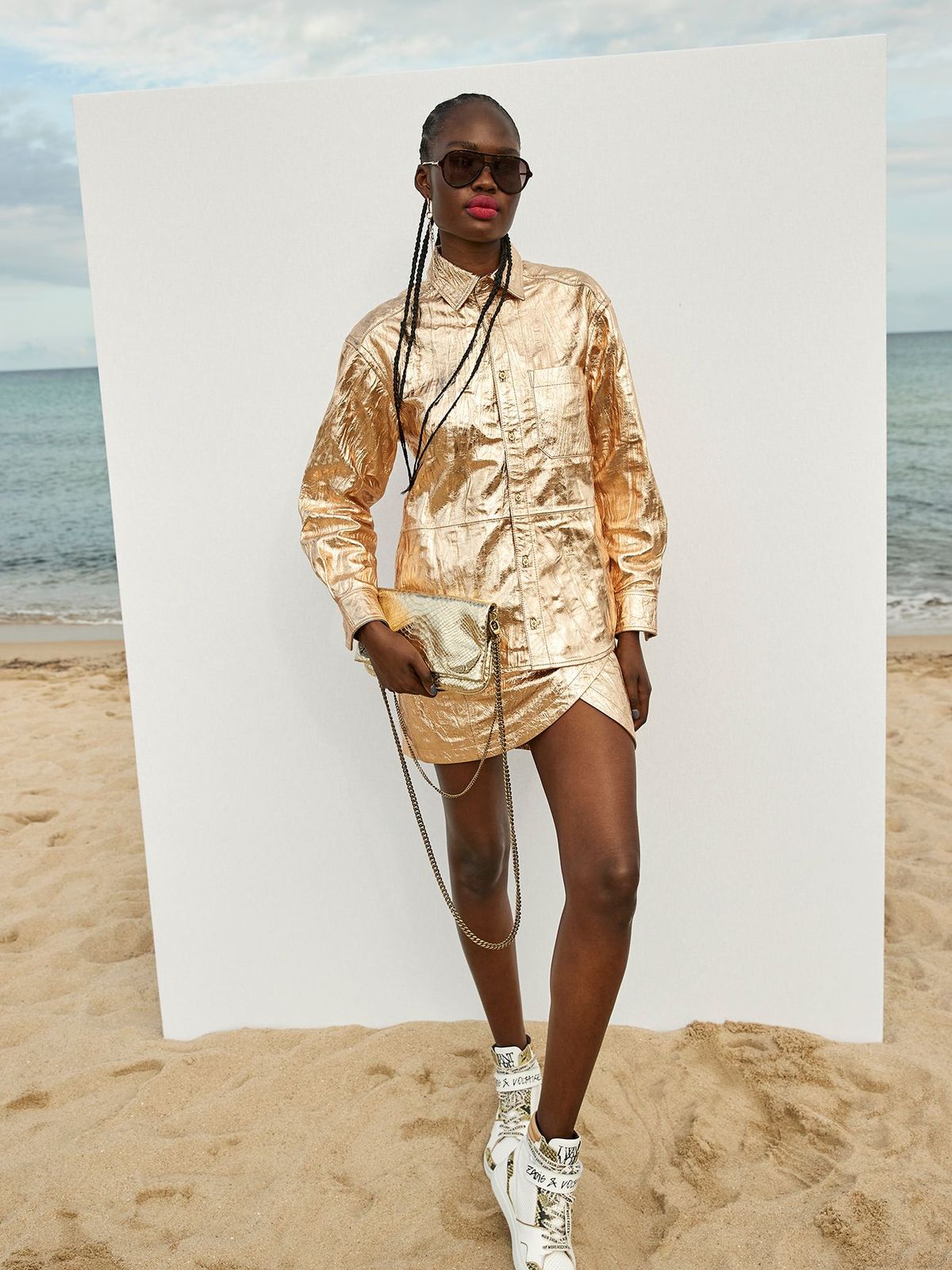 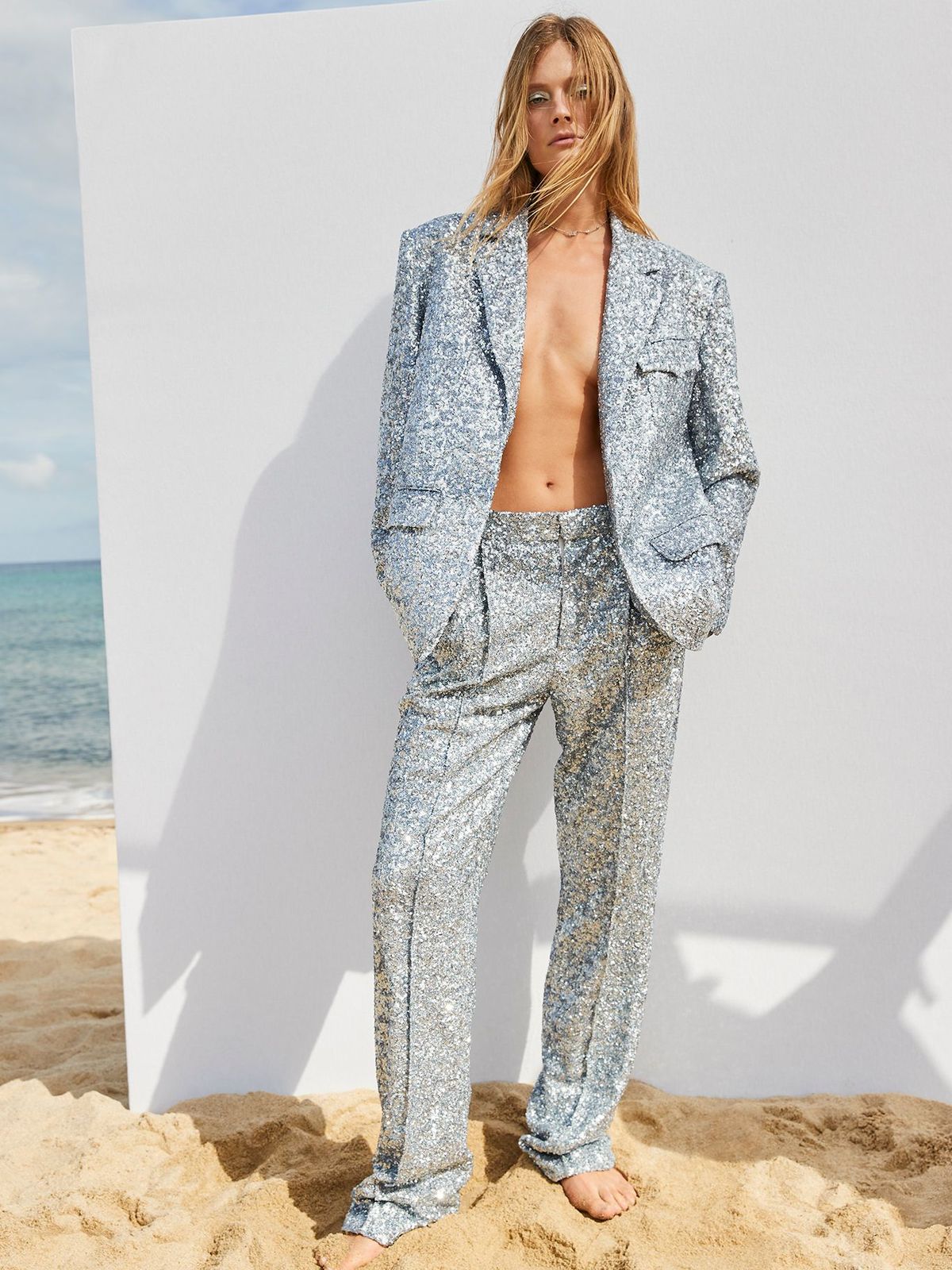 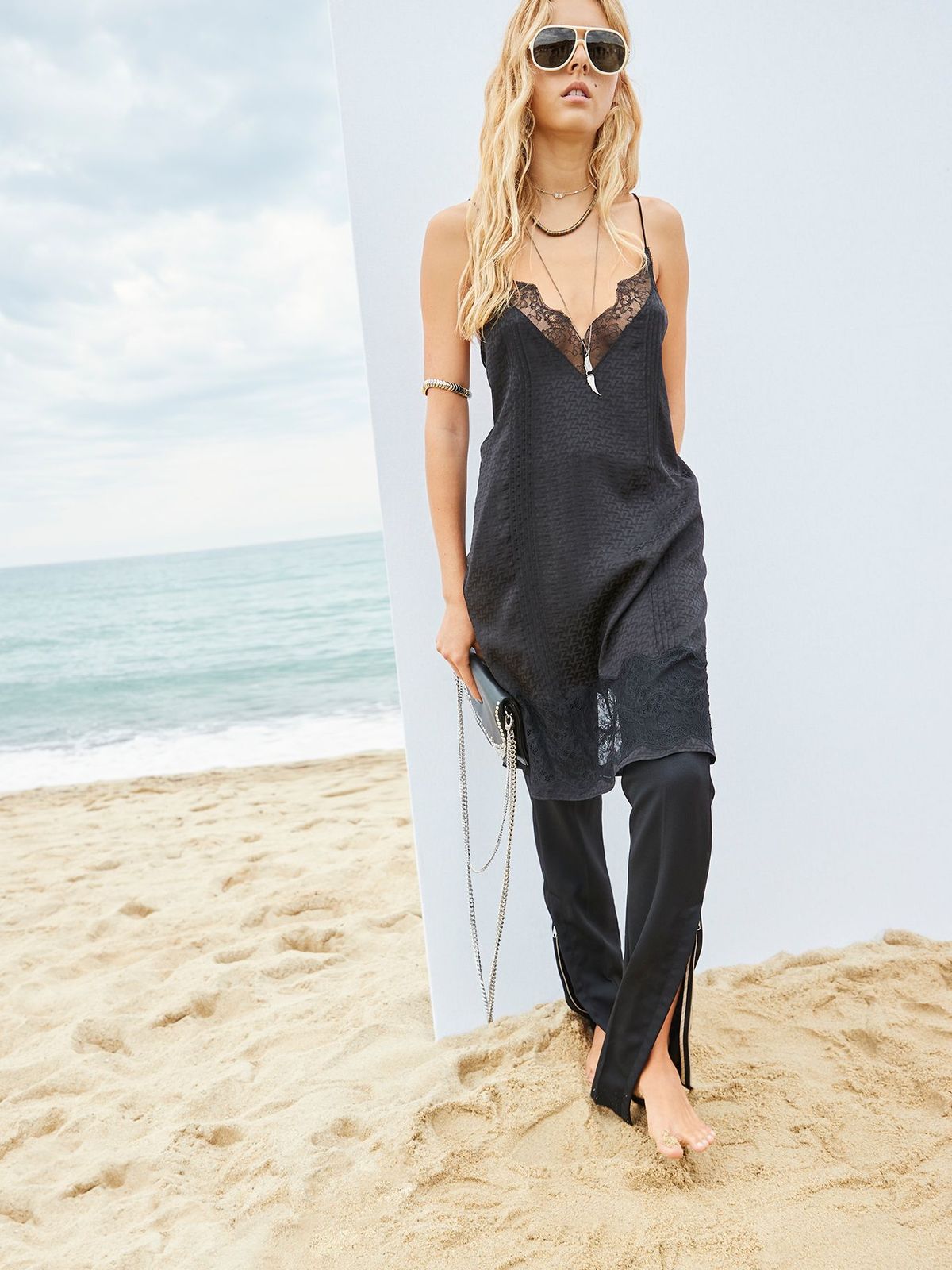