The Chestnut Man hits Netflix September 29 but it already has global hype. Here’s why people are talking...

Nobody does noir better than us, so it was only a matter of time before author Søren Sveistrup’s tome The Chestnut Man would get the silver screen treatment. And the trailer looks unbelievably good.

Sveistrup gained international famed as scriptwriter of The Killing, he also wrote the screenplay for Jo Nesbø's iconic The Snowman. The Chestnut Man, released in 2019, is his debut novel. Set in Copenhagen, the story centres around a psychopath whose calling card is a “chestnut man”— a handmade doll made of matchsticks and two chestnuts — which he leaves at each bloody crime scene.

Well suited to autumn evenings, it’s viewing that will make you grateful to cuddle up in the comfort of your well-lit, secure home. Here’s why you’ll want to binge. The killers calling card is the chestnut man made of chestnuts and matchsticks. Photo: Netflix

What’s the plotline of The Chestnut Man?

To set the scene, we find ourselves in a playground in a quiet suburb of Copenhagen where a young woman’s body has been found with one of its fingers missing. Above the body is the killer’s calling card a creepy 'Chestnut man'. The doll is examined by detective Naia Thulin and her partner, Mark Hess. They discover the fingerprints of the daughter of a politican Roa Hartuning who is missing and presumed dead.

The serial killer then sends Tulin and Hess on a gruesome hunt and they quickly learn that no one is safe.

As the book tagline states, “If you find one, he’s already found you.” 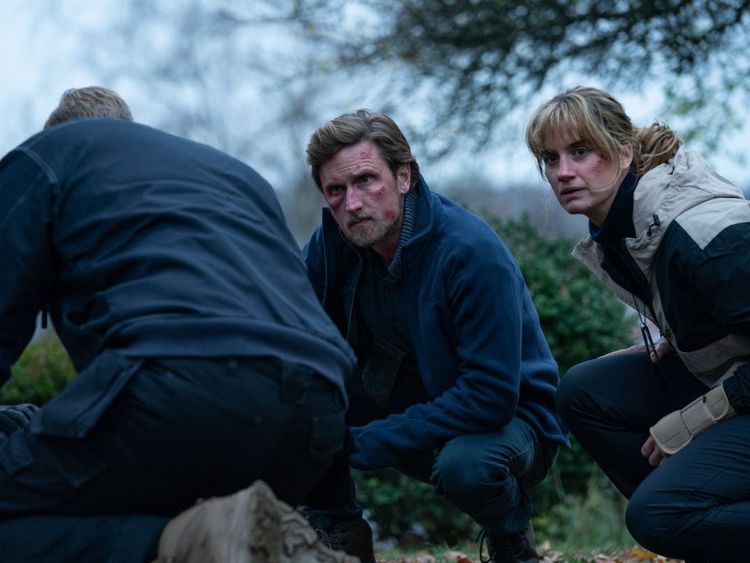 Who will star in The Chestnut Man?

The role of Naia Thulin is played by stars award-winning actress Danica Curcic (The Mist, Equinox) and Mikkel Boe Folsgaard (The Rain, A Royal Affair) is her partner Mark Hess.

The rest of the cast includes David Dencik (Greatest of All, Chernobyl, James Bond: No Time To Die) and Lars Ranthe (Ride upon the Storm).

How many episodes will there be?

The first season of The Chestnut Man will be six episodes long. The episodes will be 50-minutes long and will launch on Netflix on September 29.

Warning: the music is ominous, the backdrop dark and moody, and you’re guaranteed to get goosebumps - basically everything you expect from Scandi noir.

Will there be a season two of The Chestnut Man?

At time of publishing Netflix has only confirmed The Chestnut Man for one season. However, judging on the success of Sveistrup’s other projects, notably The Killing which has three seasons, chances are we will see a season two. 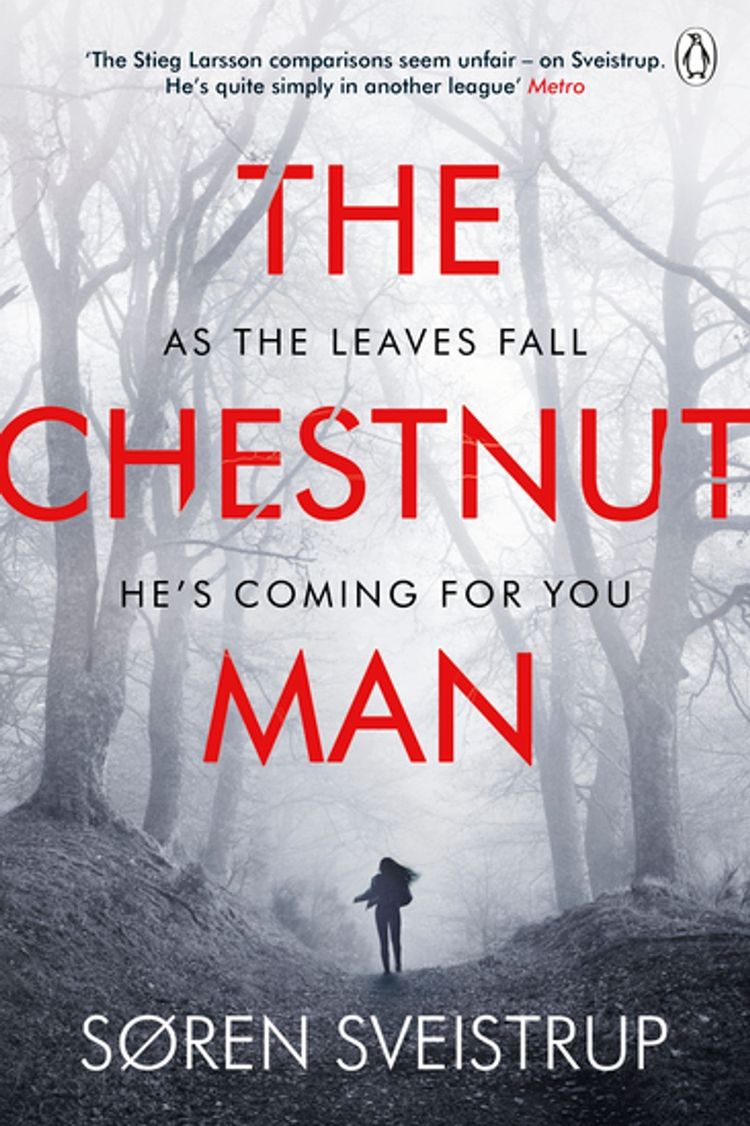 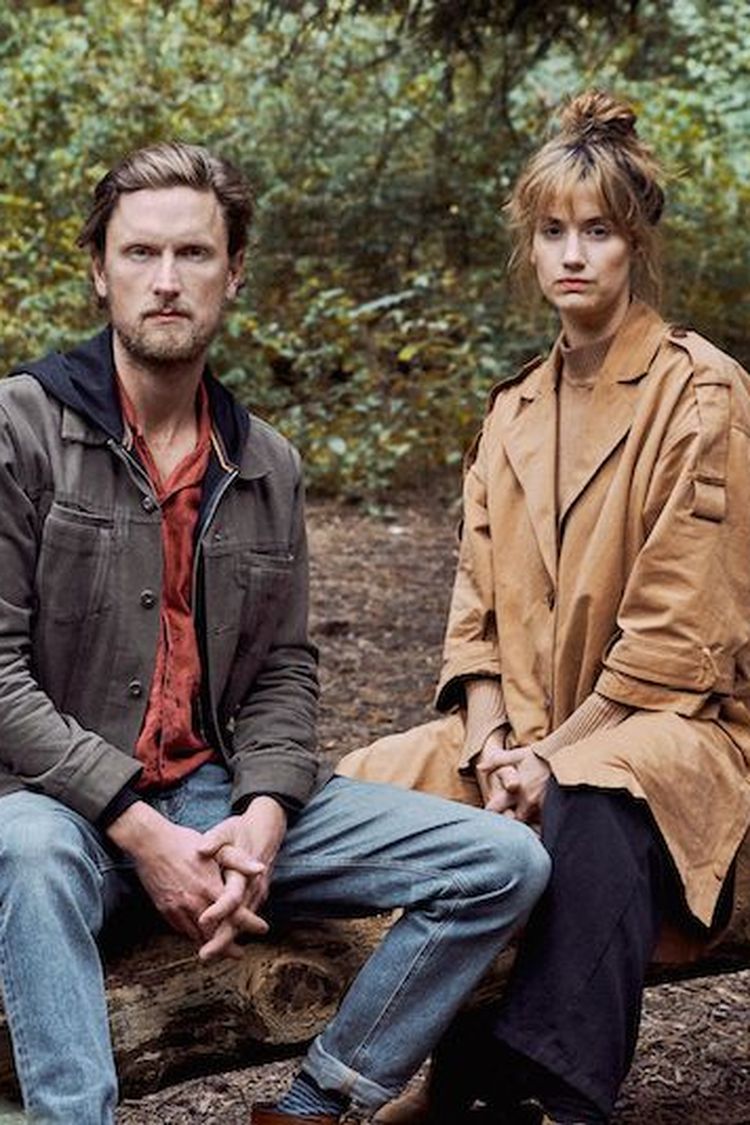 Who is Danica Curcic?

Danica Curcic will be taking the lead role of ambitious young detective Naia Thulin in The Chestnut Man. The Serbian-born Danish actress is no stranger to the crime, thiller genre. Even before graduating from the Danish National School of Theatre, she appeared in the TV2 crime series Those Who Kill (2011) and landed her first feature role as Veronika in Munch-Petersen's thriller Over the Edge in 2012. Her most recent roles in Equinox, which centres around the mysterious disappearance of a school class, and The Mist, which is based on the Stephen King thriller, prove she is a Nordic noir veteran.

Further adding to her acting cred, Curcic won the 2020 Culture Prize at the Crown Prince Couple’s Awards Show. Crown Prince Frederik said Curcic deserved the prize because “with a special feeling for the human psyche, [she] throws herself into demanding roles, which she manages to portray in a complex and vivid way.”

In 2014, she received a Shooting Star Award at the Berlin International Film Festival, while in 2015, she received a Danish Film Critics Association Award for Best Actress for her role in Bille August's Silent Heart.

Who is Søren Sveistrup?

Søren Sveistrup is a Danish screenwriter who garnered international recognition when the thriller The Killing hit TV screens throughout the world, in fact it was viewed in over 100 countries and earnt him a BAFTA. He has also written scripts for The Hotel, Nikolaj and Julie, for which he won an Emmy, and The Nesbö film adaptation The Snowman which came out in 2017.

The Chestnut Man is his debut novel and has been sold to more than 50 countries and translated into 28 languages. Netflix quickly snapped it up with Sveistrup working on the screenplay along with Dorte W Høgh, David Sandreuter and Mikkel Srup.

“Netflix has shown a strong, genuine interest in my book,” he says of the upcoming adaptation. “I’m excited about the deal and confident that Netflix will be the perfect place for The Chestnut Man.”

Lock your doors, this is going to get thrilling.