For over one hundred years, the classic timepiece has graced the wrists of the most dazzling A-listers, from movie stars to royalty. And now, it’s had a most modern update

Andy Warhol never even wound his up. Truman Capote paired his with a beret. And Jackie Kennedy’s came accompanied by an entire painting. There’s not many timepieces that can boast such a varied and venerable list of A-list fans as this lot – everyone from artists to politicians and even royalty. But that’s the sort of adoration that the iconic Cartier Tank watch seems to elicit in people. “I don’t wear a Tank watch to tell the time. Actually I never even wind it,” said Warhol of his. “I wear a Tank because it is the watch to wear!”

The jewellery house, led by French Louis-François Cartier, had spotted early on in the 20th century that the wristwatch was the future of time, determining to put the pocket watch to one side and set their sights elsewhere; first by bringing out the Santos in 1904, a design initially conceived to help aviators tell the time mid-flight, and a little later the curvaceous Baignoire – meaning 'bathtub' in French – in 1906, followed by the Tortue, another future classic, six years later. 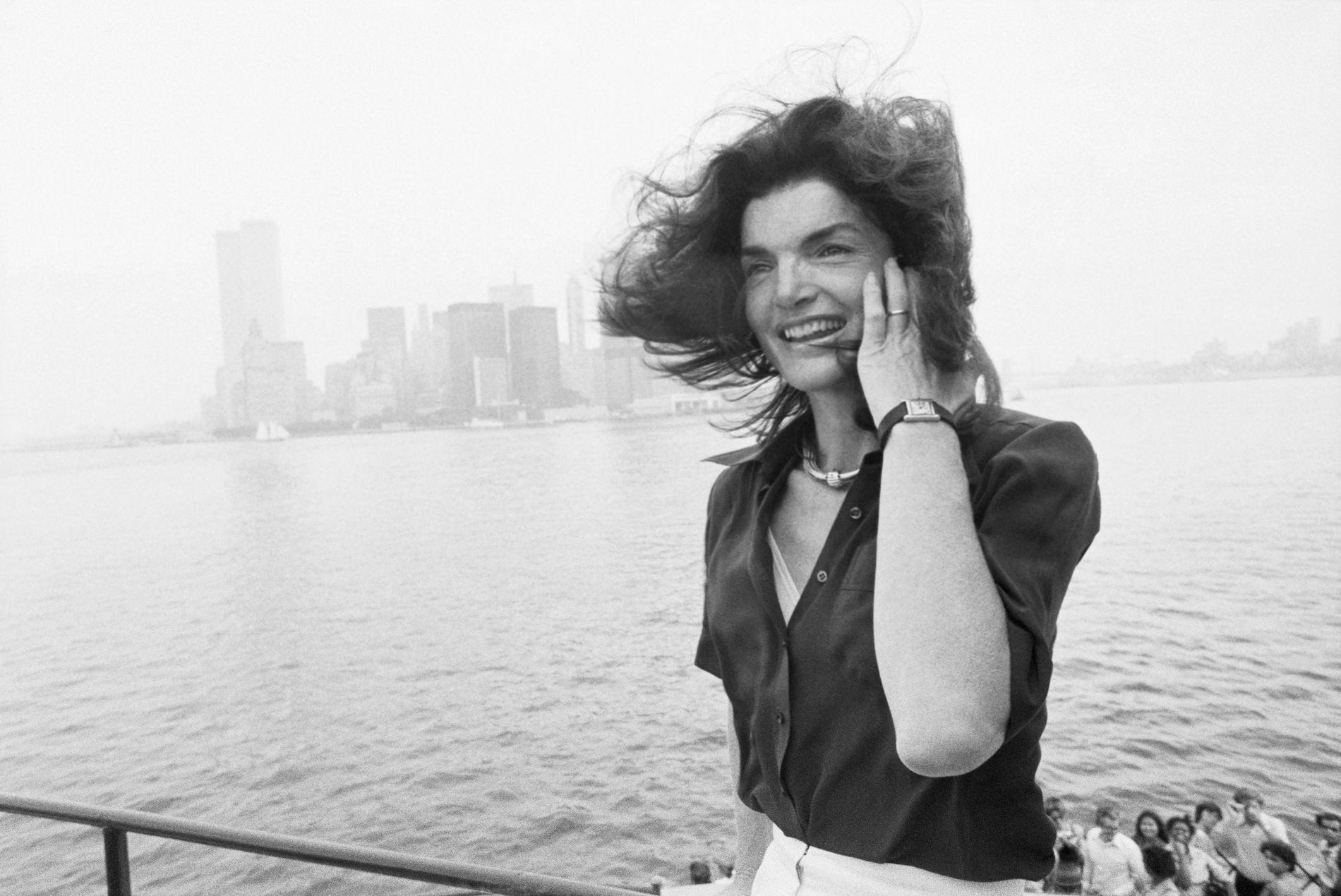 But the true dawn of the wristwatch occurred when the Tank was dreamed up back in 1917, the namesake design inspired by the WWI combat vehicle. It was said to have been first created by the French watchmaker as a way of thanking John Pershing, commander of the American Expeditionary Forces on the Western Front during World War I, for bringing about peace to Europe that same year. “Cartier’s Tank was the first watch to unite aesthetics with a mechanical inspiration; this combination is imprinted on its soul,” explains Pierre Rainero, Director of Heritage, Image and Style at Cartier.

“The Tank watch was born in 1917 of a powerful vision, the culmination of a lengthy design process. It was a timepiece which swept aside tradition, shook up habits and ushered modern design into the workshops, destined to become a watchmaking icon," explains Rainero. 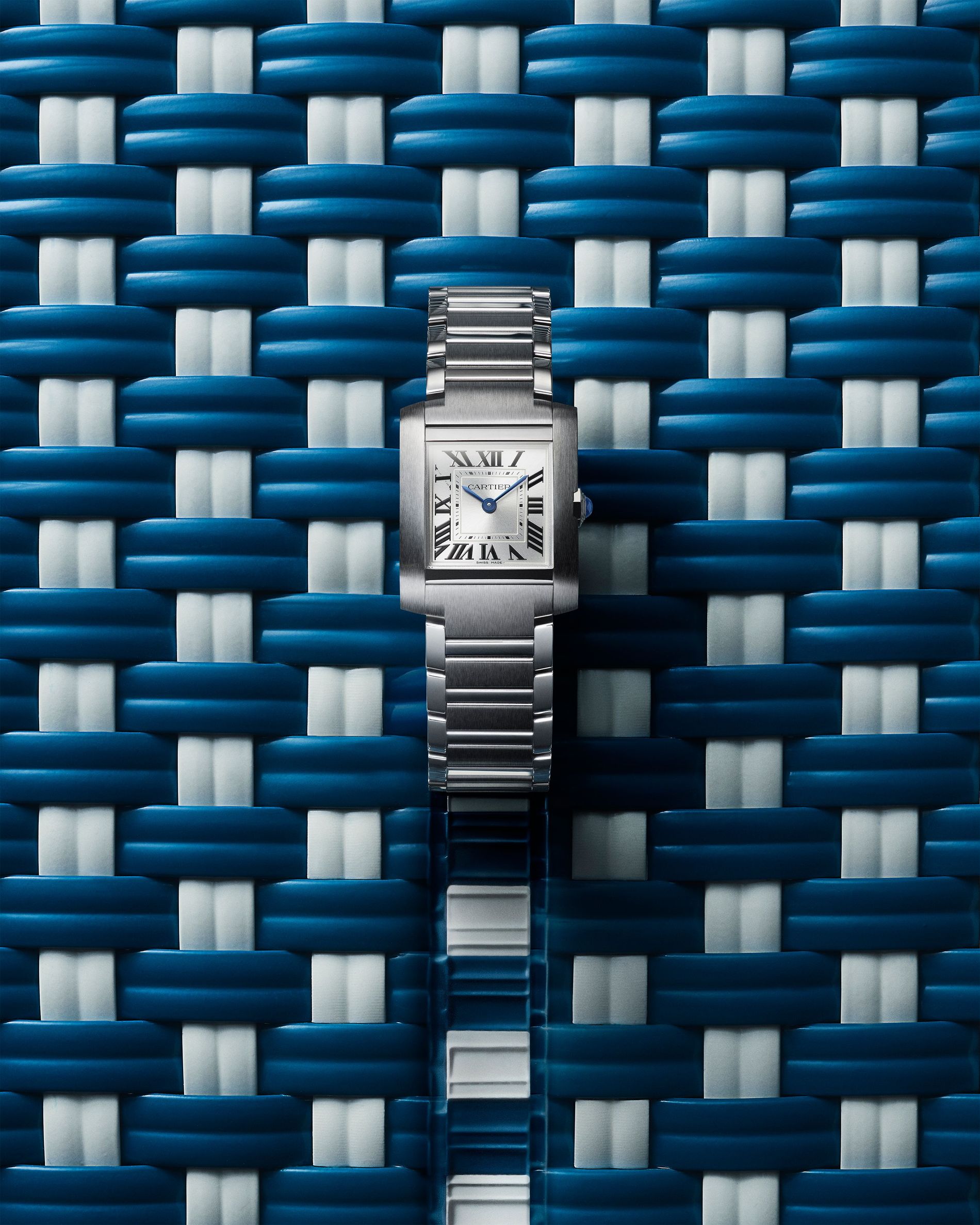 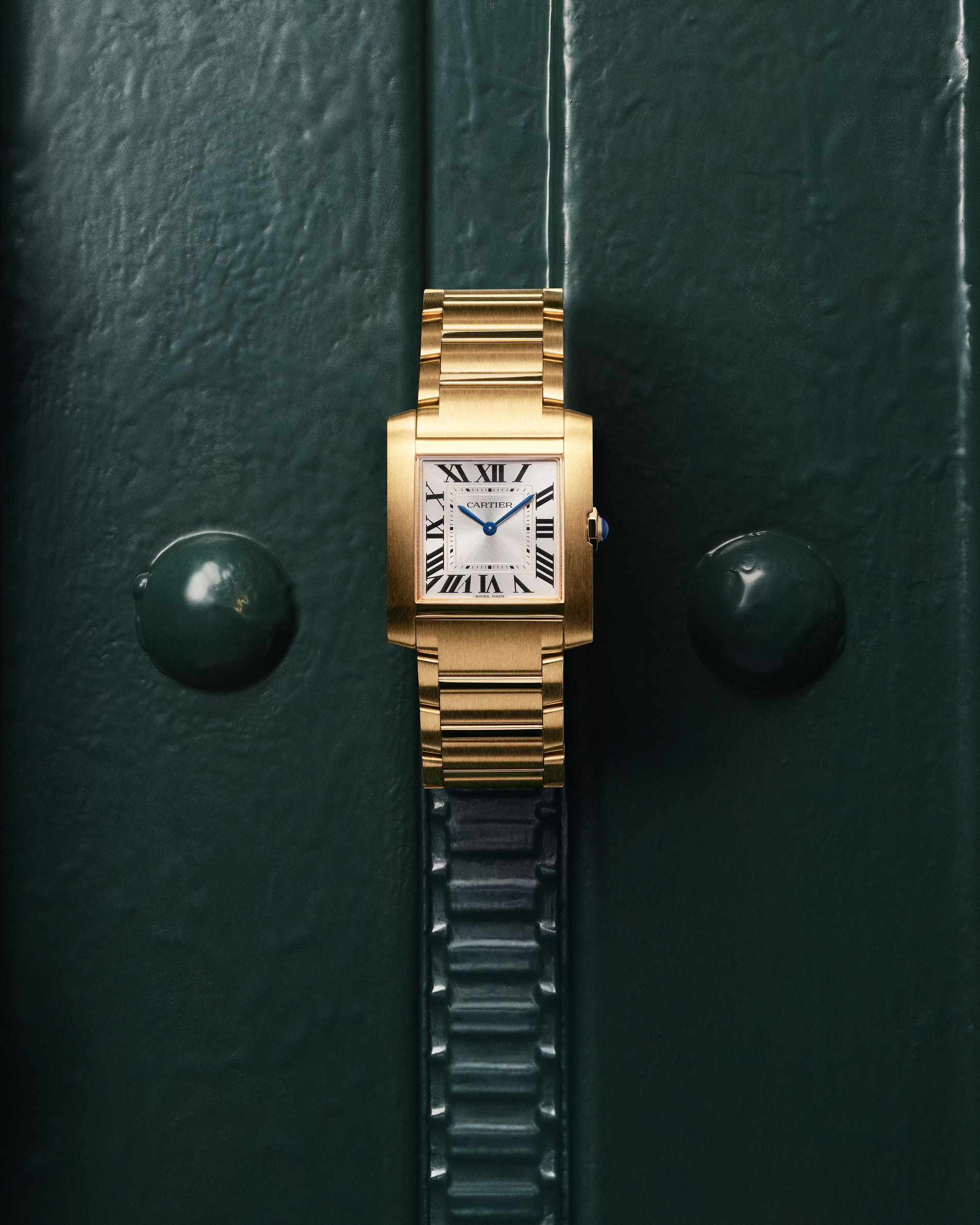 After Cartier saw photographs of the Renault FT-17 tanks being used on the Western Front, he was inspired to create what has now become a much-loved classic. The watch-face design is a bird’s eye image of the tank vehicles, with the dial mimicking the cockpit and the brancards – the vertical bars – representing the vehicle’s treads. It was a bold, forward-looking piece in many ways, not just by its use of Roman numerals and blue steel hands, but also due to the fact that it could be worn by anyone as it was the very first unisex watch design in the world at the time – a true horological first. “Masculine and feminine, the Tank asserts that freedom and elegance have no gender. Loved by men and women of all generations, it is the ultimate eternally contemporary watch,” asserts Rainero.

Over 100 years later, the Cartier Tank family, signified by their two parallel brancards, has since expanded and, then, well, expanded again. It’s traversed time due to its enduring silhouette, coupled with the ease of wear, and the skill of its designers to consistently improve on a classic. From the Art deco face of the ‘20s, to the rule-smashing Tank Asymétriqu of 1936, where the dial was shifted 30 degrees to the right and the typical rectangle shaped face morphed into a diamond. Later, the Tank Rectangle of 1952 in its broader form and the Tank Américaine, from 1980, the first to feature a curved water-resistant case and folding buckle.

Since the original, its iterations have become contemporary collectibles in their own right. “More than 100 years after its creation, the Tank watch has never been so new. For free spirits from every age, it is a universal symbol of style and elegance that has taken an unprecedented path spanning an entire century. While bridging different eras, it gives rise to a resolutely modern way of life,” says Rainero. 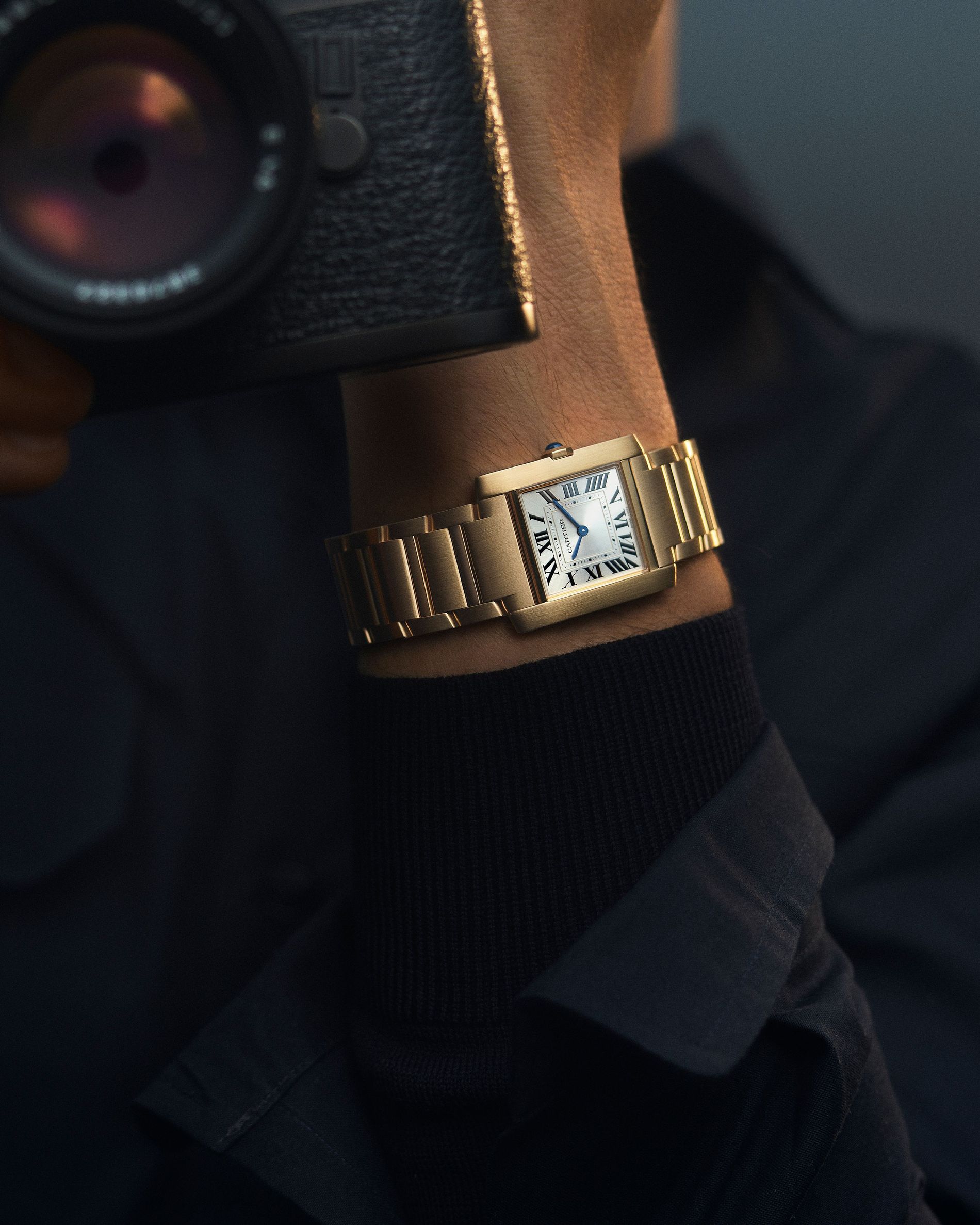 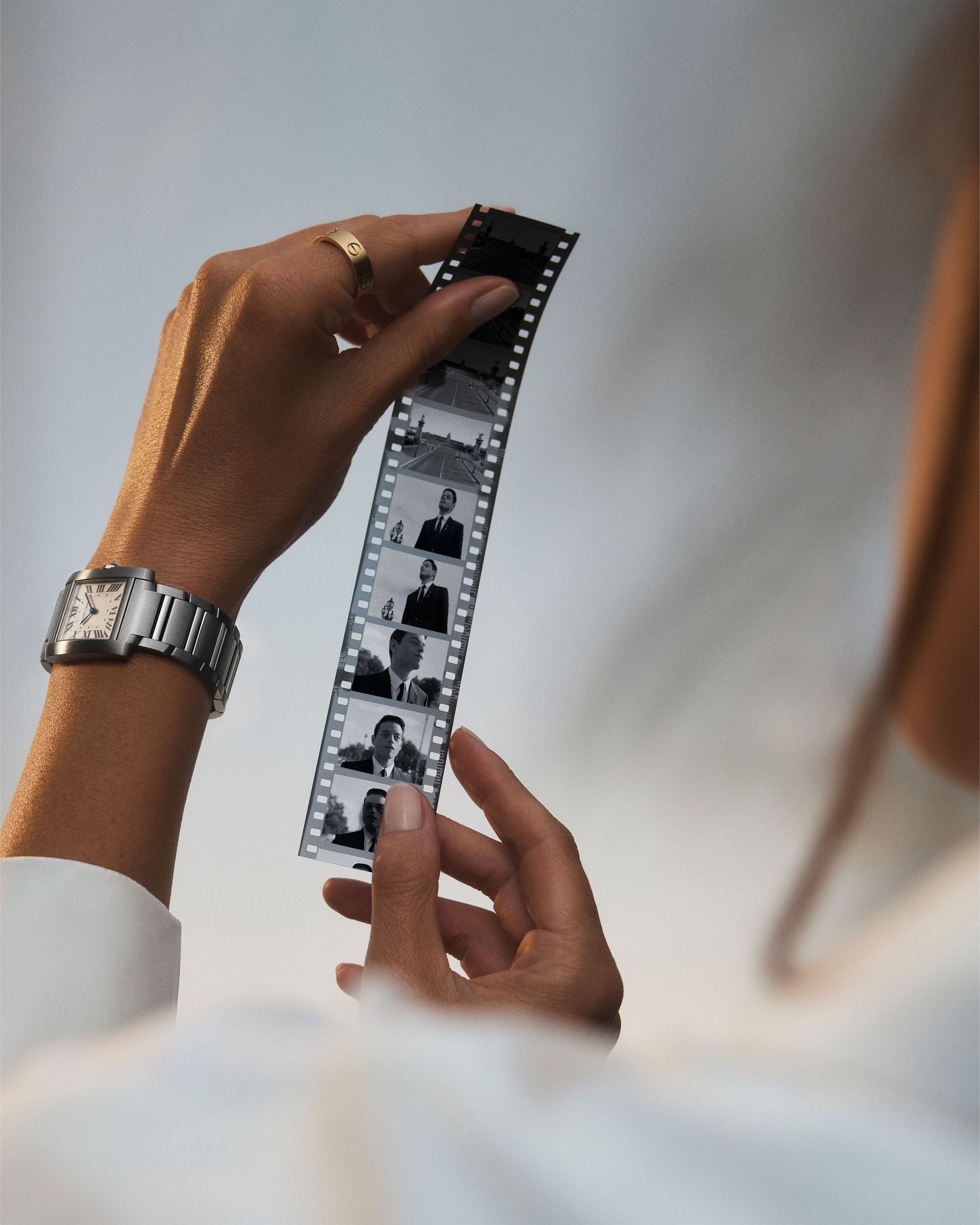 One such timepiece is the Tank Française, a watch of choice for aesthetes and artists with a certain ‘je ne sais quoi’. Originally brought out back in 1996, the Tank Française first launched with a monobloc elegant metal design becoming a steadfast and significant member of the wider Tank clan. And now it’s had a 2023 update for today’s wearer. “The new Tank Française reflects a creative conviction: we wanted to revive the Tank origin story,” explains Rainero.

“In the new Tank Française we renew those values of power and radicality for a design that is 'tank'. The new Tank Française is a cult design object made contemporary and universal. Whenever we choose to revisit our designs, the vision is for them to be in tune with their time while always honouring their original DNA.”

Inspired by the French urbanism and architecture of Paris, the Tank Francaise features a square dial, in a square case, and comes in steel and yellow gold, with or without diamonds, and remains faithful to its original shape. Staying true to its avant-garde Parisian spirit, it’s the perfect accessory when you’re gadding about the city.

As Rainero puts it, the Tank's lasting appeal sits in its ease of form: “The secret behind the timelessness of Tank models is the purity and inner strength of the design. Purity first, as this is a pioneer, yet very simple shape born in the beginning of the 20th century that is still so popular today. Secondly, it’s the strength of the design, its unicity and originality, its difference from the variety of other watches born before and after…" 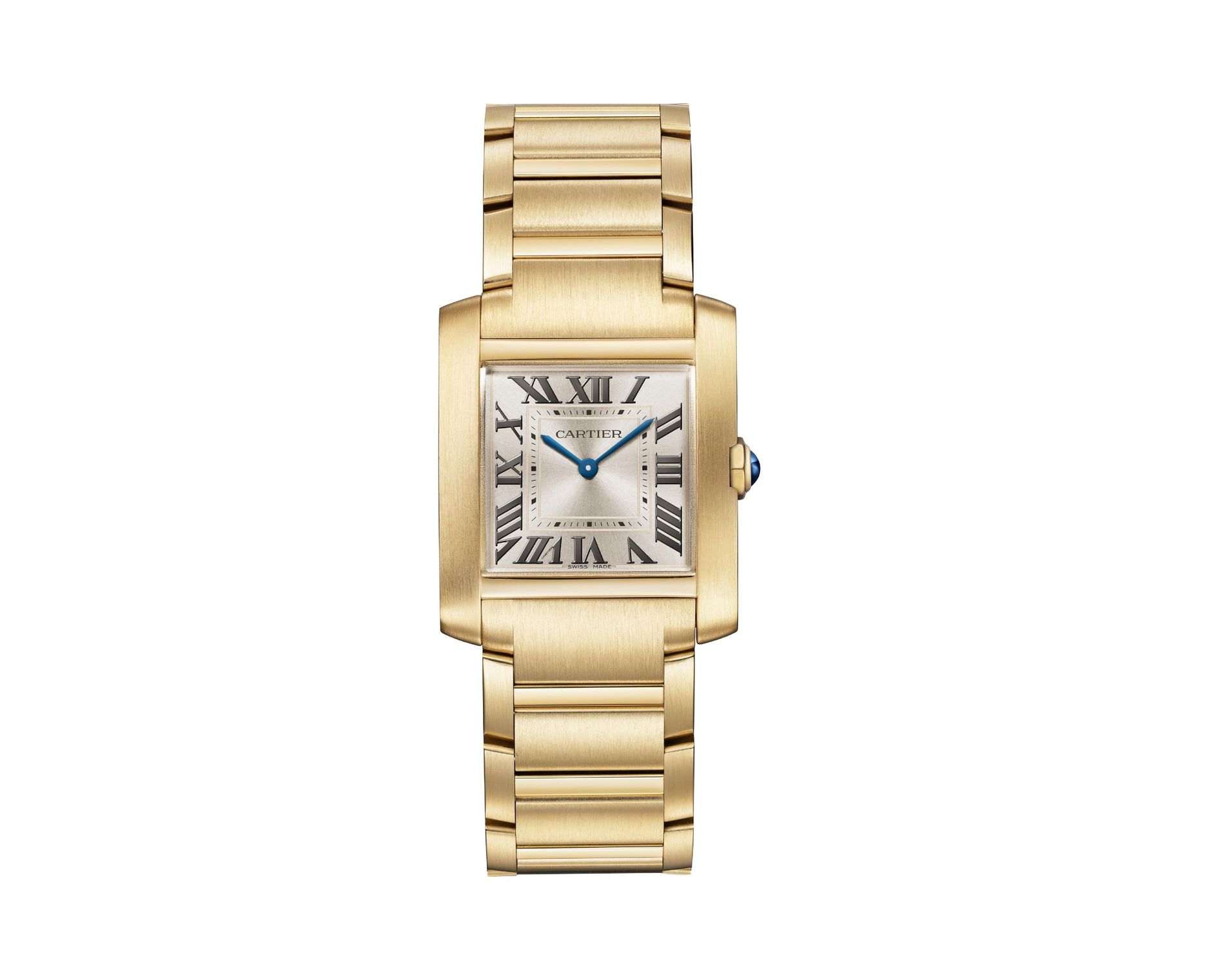