Tech CEO Lisa Nelén doesn’t let anything get in her way. At her designer safety watch firm Nibye, she’s on a mission to help women feel safer, wherever they are

If you’ve ever walked home with your keys poking through your fingers like a medieval weapon, crossed the road to avoid someone who might be following you, or made a pact with a friend to call and let her know you’ve got home safely, you’ll know the feeling. Whether it’s on a night out or in a quiet part of a city you don’t know well, feeling unsafe while you’re out alone can set your heart racing, your mind whirling and, in short, make you feel scared, vulnerable and nervous about being out in public. In Stockholm, a new company seeks to change that.

And it’s about time: “According to a survey by YouGov, 72 per cent of women always keep an eye on their surroundings,” says Lisa Nelén, Founder and CEO of tech firm and watch manufacturer Nibye. “On top of that, violence against women is the world’s most common violation of human rights in the world, according to Amnesty International.” 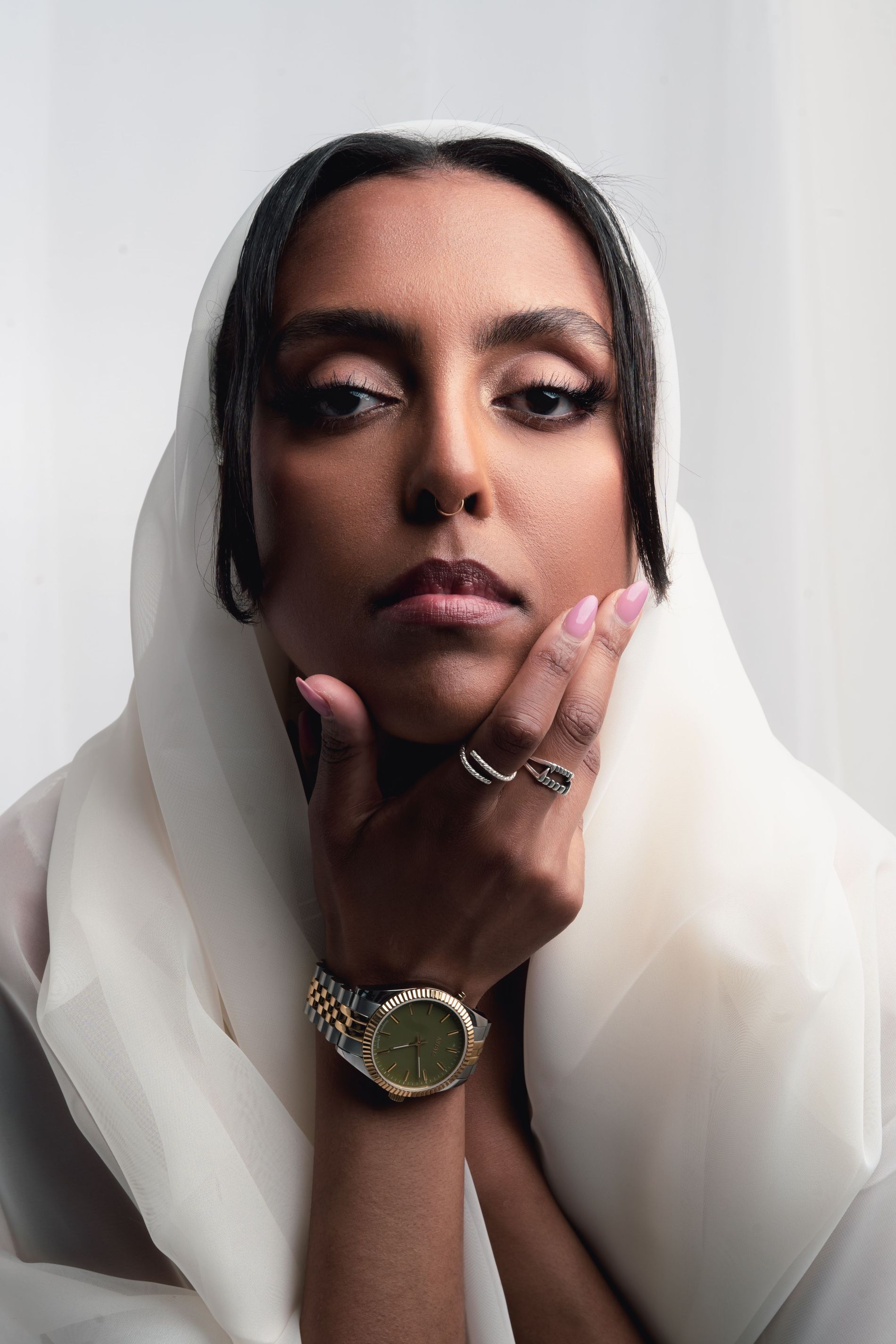 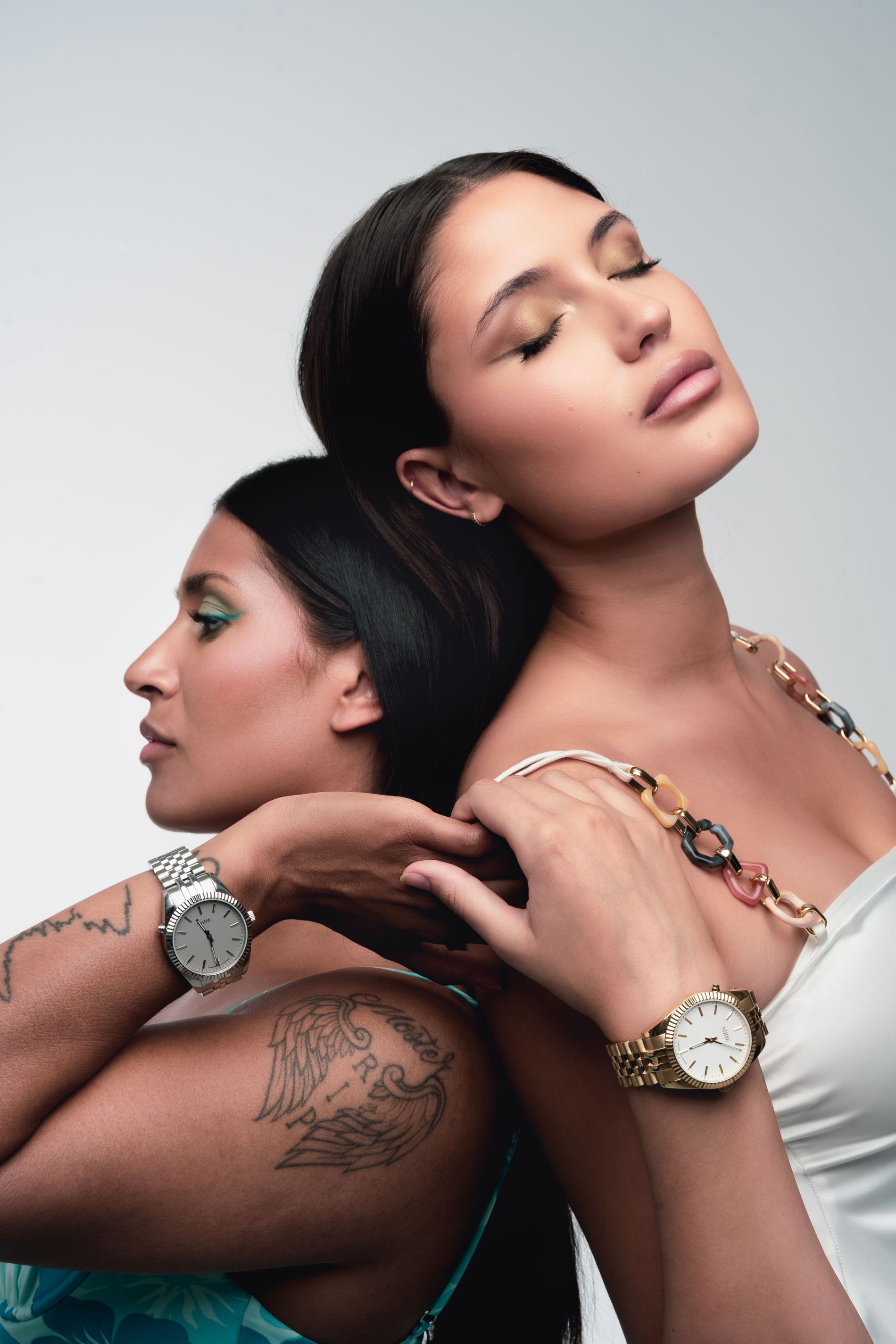 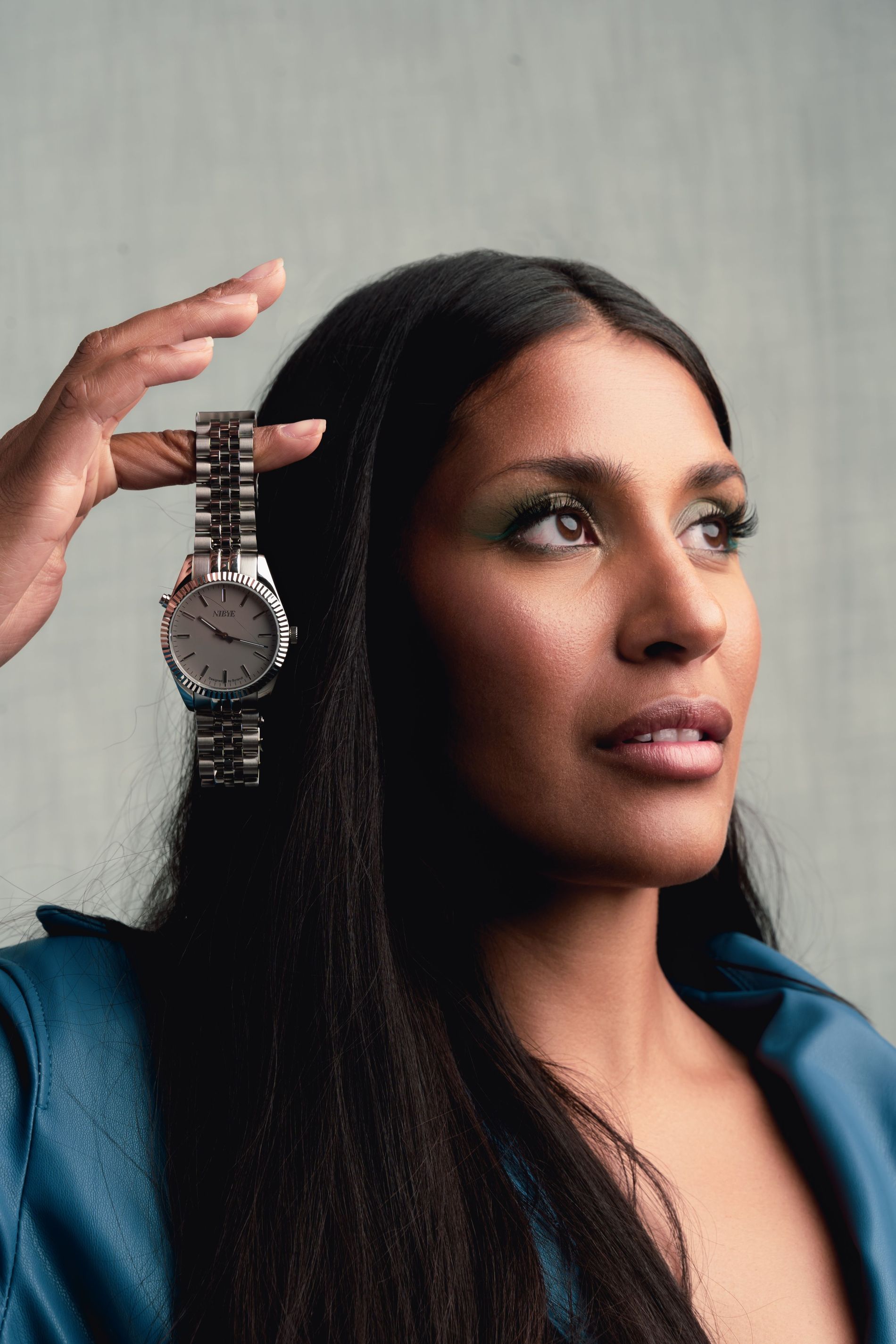 Nelén is positively fizzing with energy. Founded in 2020 and operational since December 2021, Nibye (pronounced nee-by-eh) is a contraction of the Hindi word for fearless, and exists, in Nelén’s words, to help women be fearless and fear less. The company makes modern designer watches with a hidden secret: an alarm that silently alerts a specified group of friends if you are in trouble.

Related: 8 Scandinavian women in tech you should know

Nelén, 27, is a driven business owner and a passionate defender of personal freedom. “It’s about creating more than a watch,” she explains. “At Nibye, we’re creating a movement to help people feel safer, to make a difference for their independence and to help promote future equality. We won’t stop until we do.” 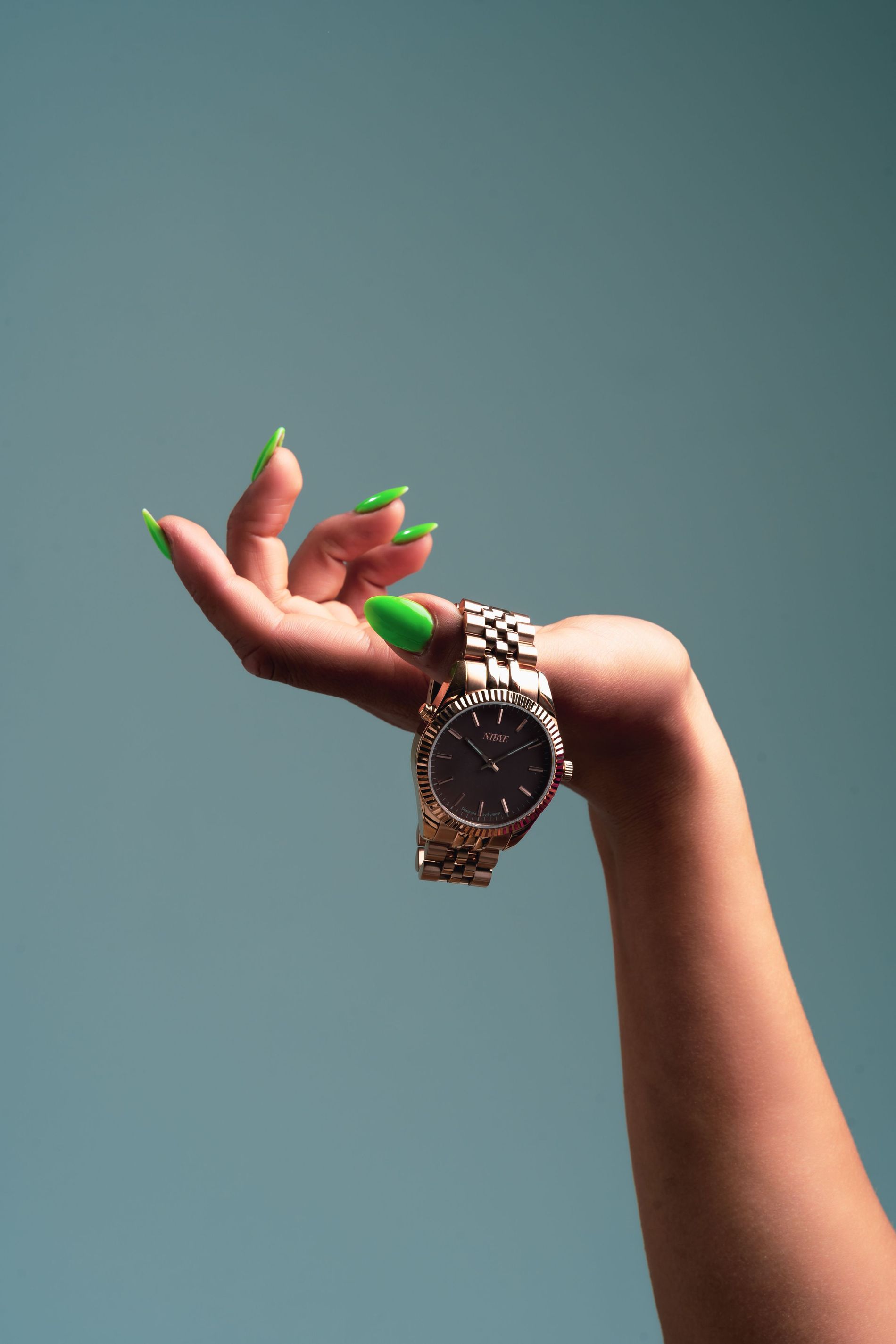 Nibye’s watches are available in four colourways and connect the wearer digitally with a chosen group of friends or family via an app. The wearer just double clicks on the watch’s alarm button to activate the siren alarm, or presses on it and holds it for five seconds to activate the quiet alarm. Both actions send a location notification to your group so they know how to find you and help. There is also an additional ‘follow me home’ function that allows the group to track your route home, cutting out that unnecessary late night phone call and helping the wearer feel more secure as they travel.

It’s been a personal project for Stockholm native Nelén from the start. “I live in one of the statistically safest places in the world to be a woman but I’ve always been scared,” she says. “In the dark, walking home, I will call a friend. I run from the subway. You hear these terrible stories every day. You get unwanted attention and comments when you share a bit of skin – it’s one of the biggest issues of my life.” 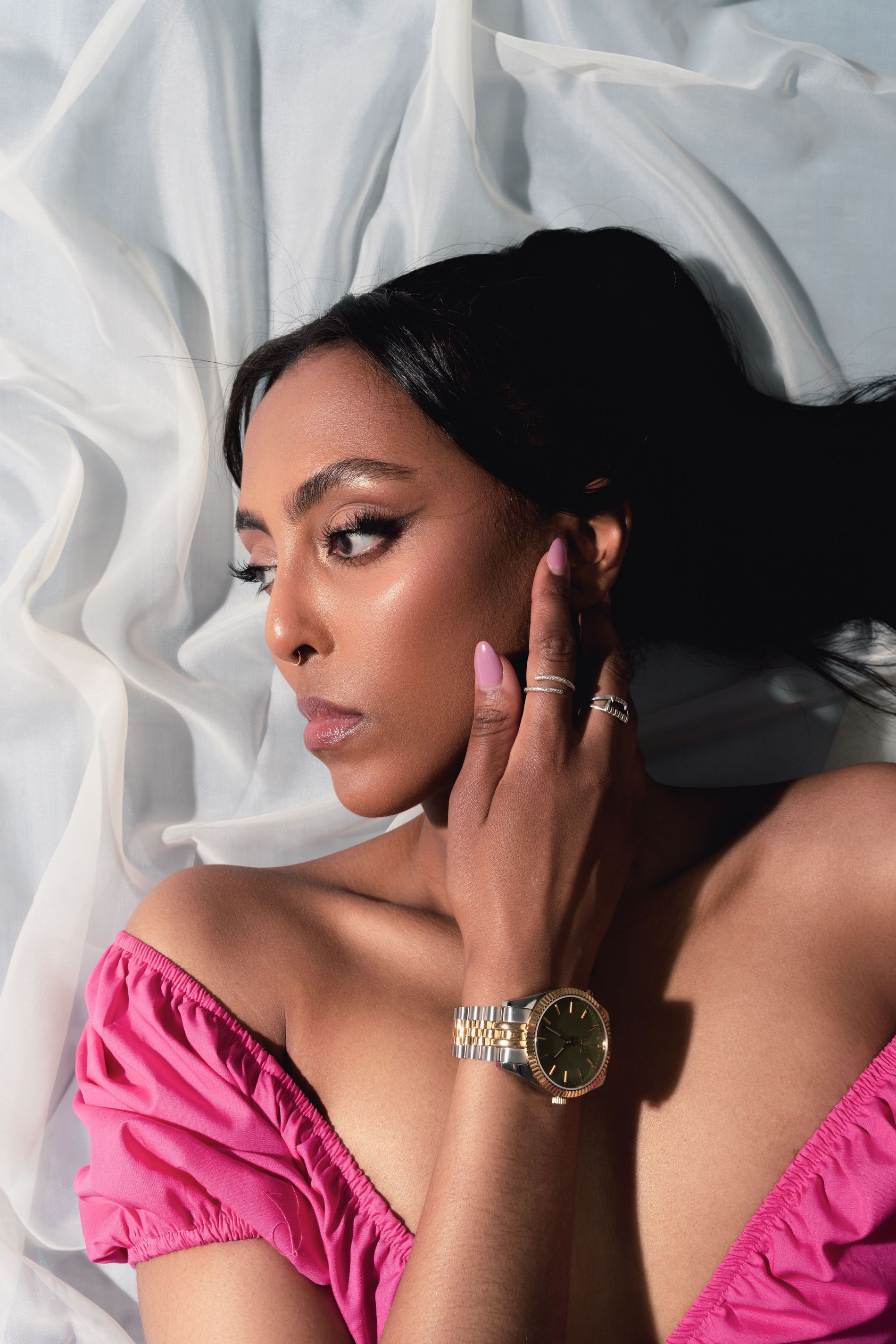 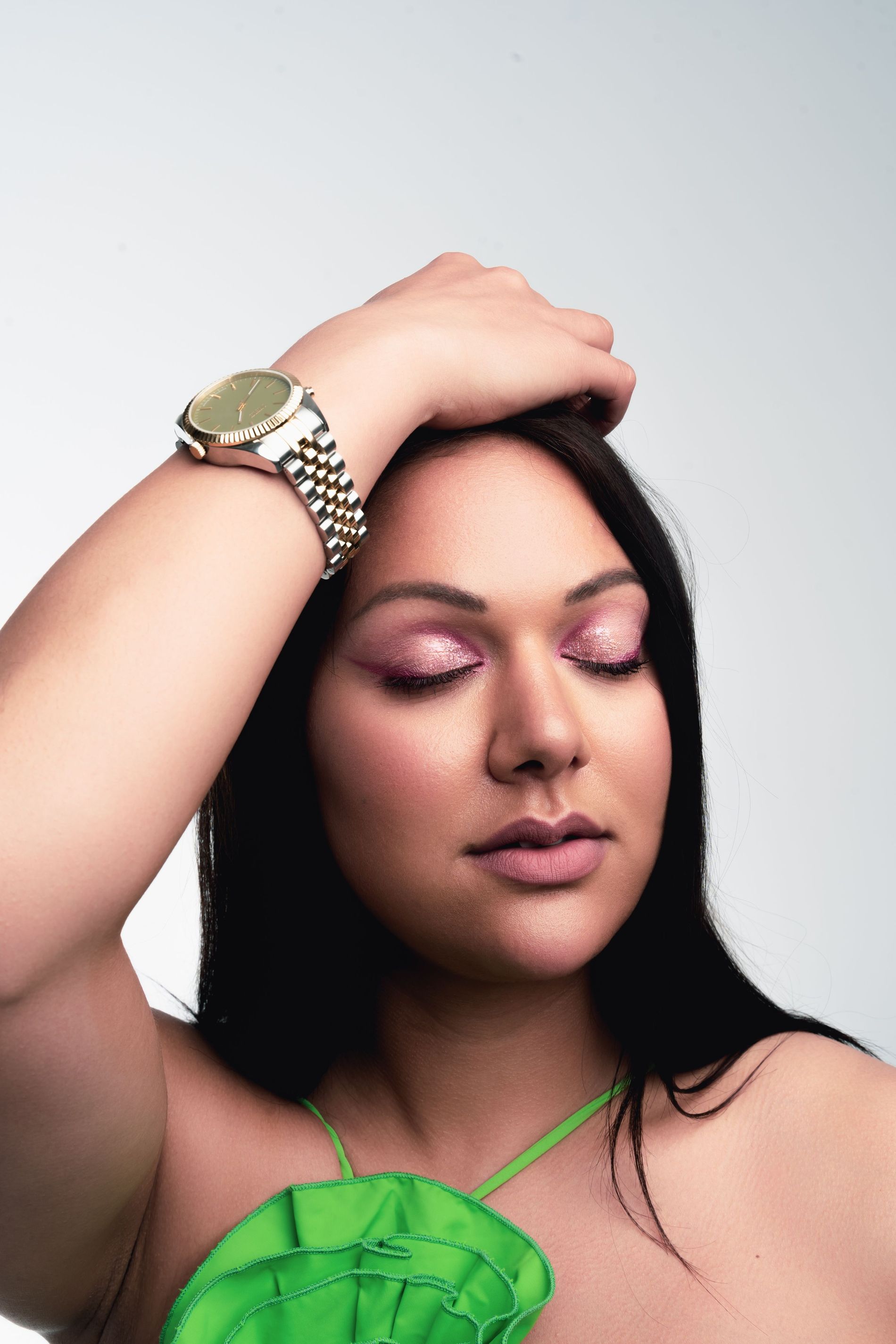 Growing up with this level of concern in Stockholm, a privileged place where trust is high in the justice system and police force, and gender equality is not up for debate, gave Nelén pause for thought.

“If it’s this hard for me, living here,” she says, “imagine how hard it is for people in other countries without these advantages. That’s what has powered my drive to do this.”

The idea for a safety watch was born while Nelén was working in elderly safety tech. Plenty of safety and security companies focus on elderly healthcare – think big red buttons in the bathroom and wearable tech that sends an alert to caretakers in case of falls – but nothing existed for the demographic most in need of safety tech, those most exposed to sexual or physical violence in today’s society: young women. Until now. 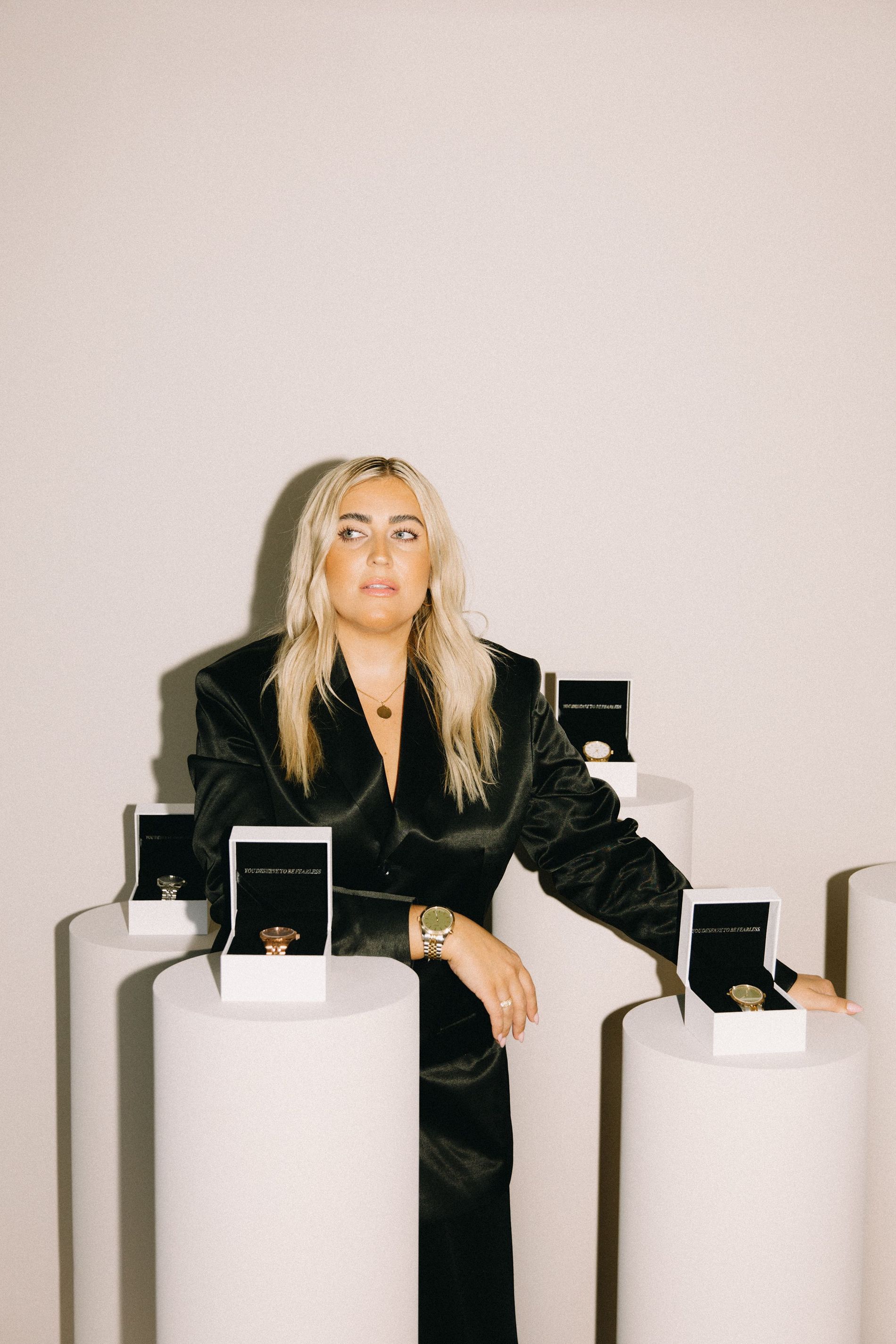 “I was at [tech fair] CES in Las Vegas on behalf of the business I was working for at the time,” she says, “and I thought I’d float the idea of a safety watch for women. I didn’t have a watch, a website, or any content. All I had was me and the idea. The response was mind-blowing. All I had to say was 'Nibye – a women’s safety watch', and people wanted to get on board. I remember this one guy just answering 'Where do I sign?'.”

The overwhelmingly positive feedback she got in the US led her to leave her previous company and set up Nibye where, alongside the watches, the firm also runs the Nibye Foundation, putting 10 per cent of the profits to work in the fight for equality worldwide. Current projects include gifting Nibye watches to women’s shelters in Sweden for Christmas and donating watches for communities in India, in collaboration with a project run by the chair of Amnesty International Sweden, Parul Sharma.

Related: “When a woman thrives, a community thrives”: Melinda French Gates on how gender inequality is at the root of societal issues

This project in particular has a long-term vision: to make it safer for women to go to school and go to work, so they can garner an independence rather than dependence on a male provider. School drop out rates for Indian girls – impacting overall education and job prospects for women – are significantly affected by personal safety issues going to and from school. 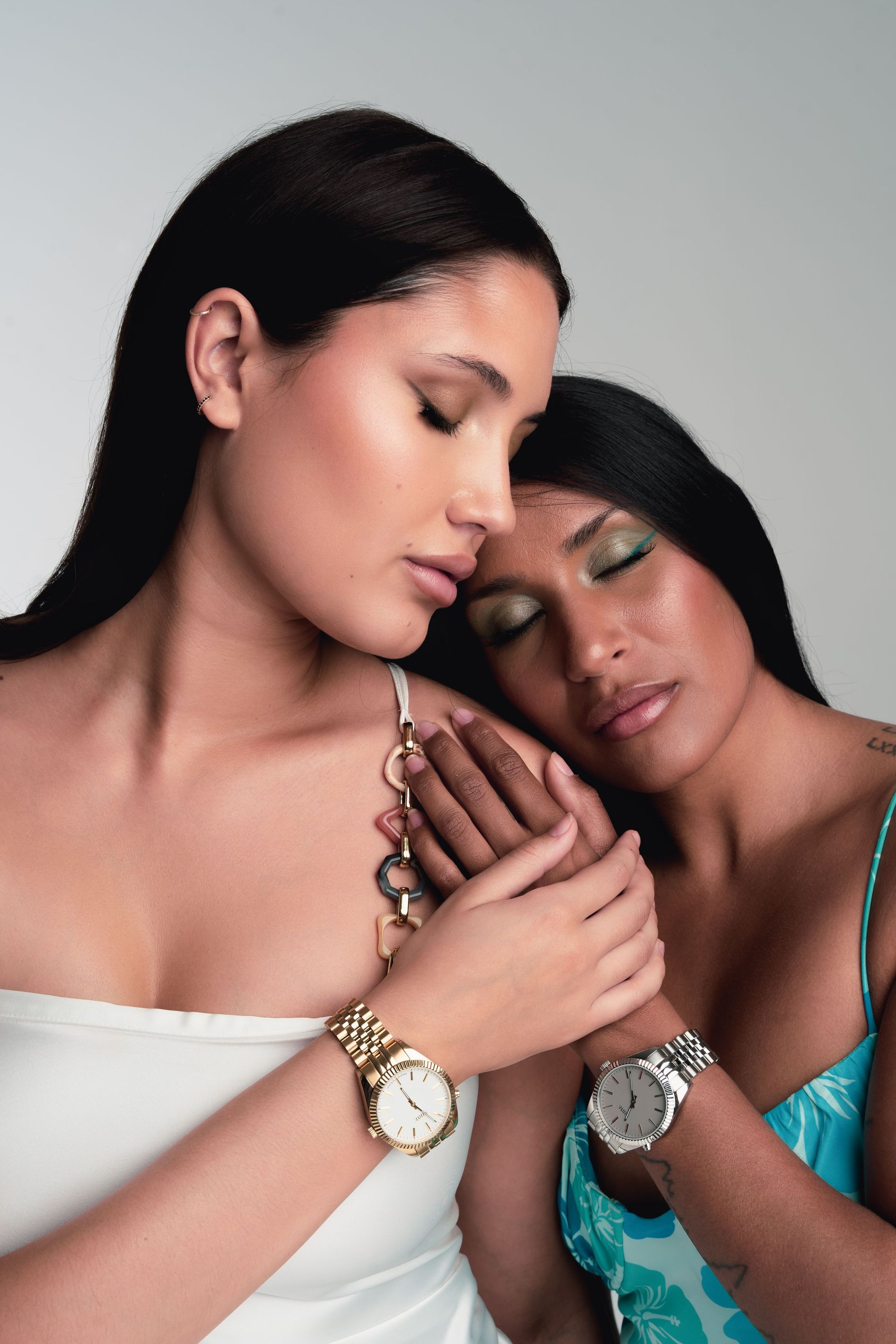 Future plans for the brand include rolling out different variations and launching in the US, where the idea of a watch that can alert people you trust about your safety, as opposed to perhaps the police, has had real traction with the LGBTI+ community and other marginalised communities. Nibye also wants to challenge companies that are not considerate of women’s safety, including in the hospitality industry where women may have to leave work late at night. Everything hinges around this central idea of freedom and safety.

“People have always told me what I can and can not do: that’s the reason I founded Nibye,” says Nelén. “I was tired of women being seen as insane for taking charge, or provocative for expressing ourselves. Crazy for dreaming. Ungrateful for walking away. Irrational for demanding equality.

“Basically, I was done waiting for the future to be female. I want women to be able to live their lives fearlessly – regardless of the circumstances.”