There are some brands I like, some brands I love, and then there is Peter Do. Everyone who knows me knows the New York-based brand has a special place in my heart – and wardrobe. So when Peter Do himself joked (or at least I thought it was a joke at the time) about me walking his show during New York Fashion Week, I laughed and said, "sure".

The surreal conversation occurred during Men's Fashion Week in Paris last June. Attending one of the shows, I spotted a guest wearing a nice pair of Peter Do boots. I looked up and saw PD jeans, a shirt with lace detailing from the spring/summer 2022 collection, and a tattoo that anyone familiar with the brand would recognise. It was Peter Do himself. 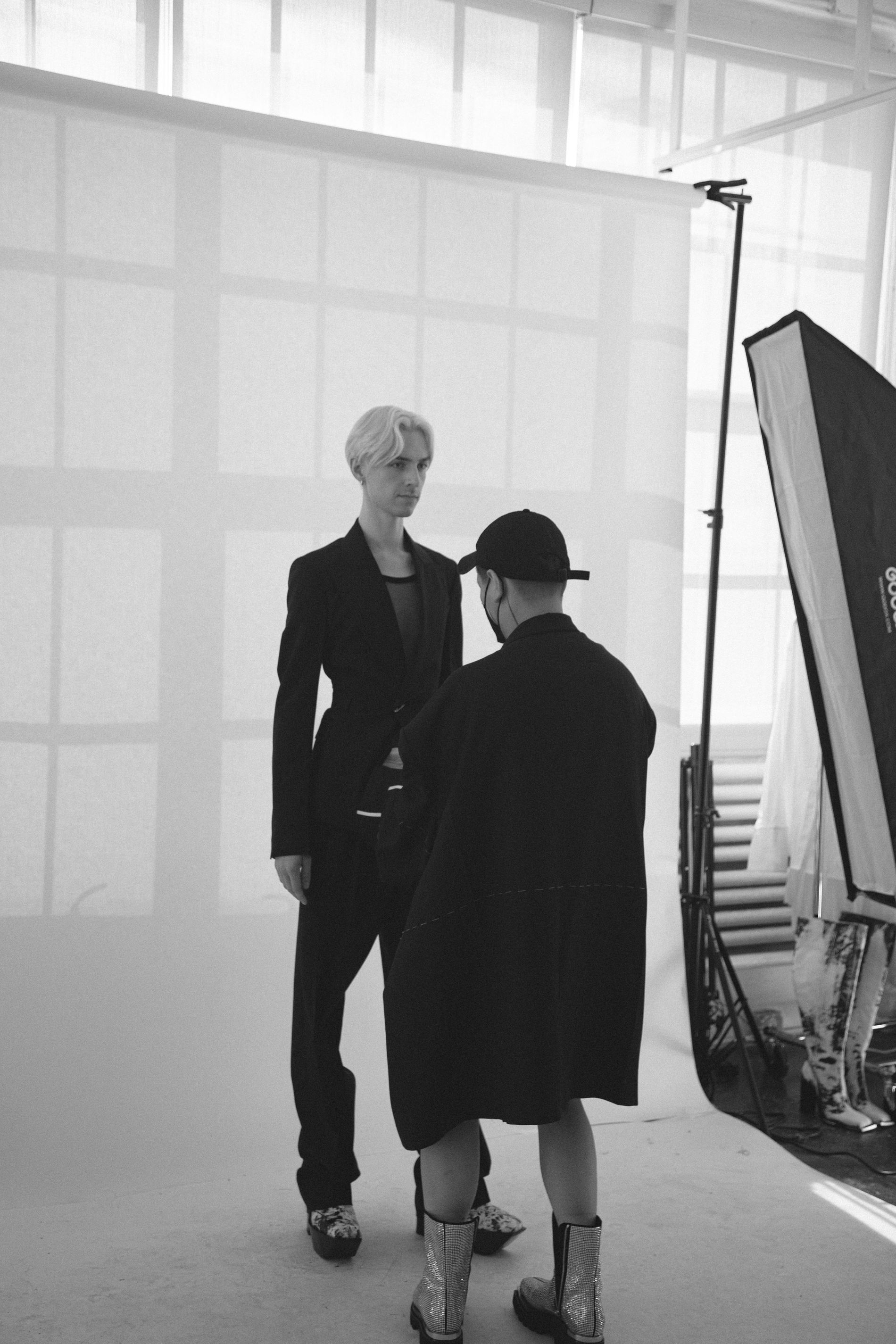 Mikko during his fitting at Peter Do. Photo: Lucas Ruska Martin

Do and I met through social media a while back when he was still living between London and Paris. We sat next to each other at the show, and at the time, I had no inkling that – only a few months later – I would find myself on the 59th floor of a skyscraper building in the financial district of New York, walking my first ever catwalk for the brand.

A few days later, I met Do again at the brand’s showroom together with An Nguyen, the designer and art director of the brand, and the CEO, Vin Ho. Do showed me a sneak peek of the new collection, letting me in on the well-guarded secret that his brand was launching menswear, and would show the new category for the first time during New York Fashion Week. While I have always found the brand very gender fluid, adding menswear and inclusive sizing will allow the brand to reach an even wider audience. 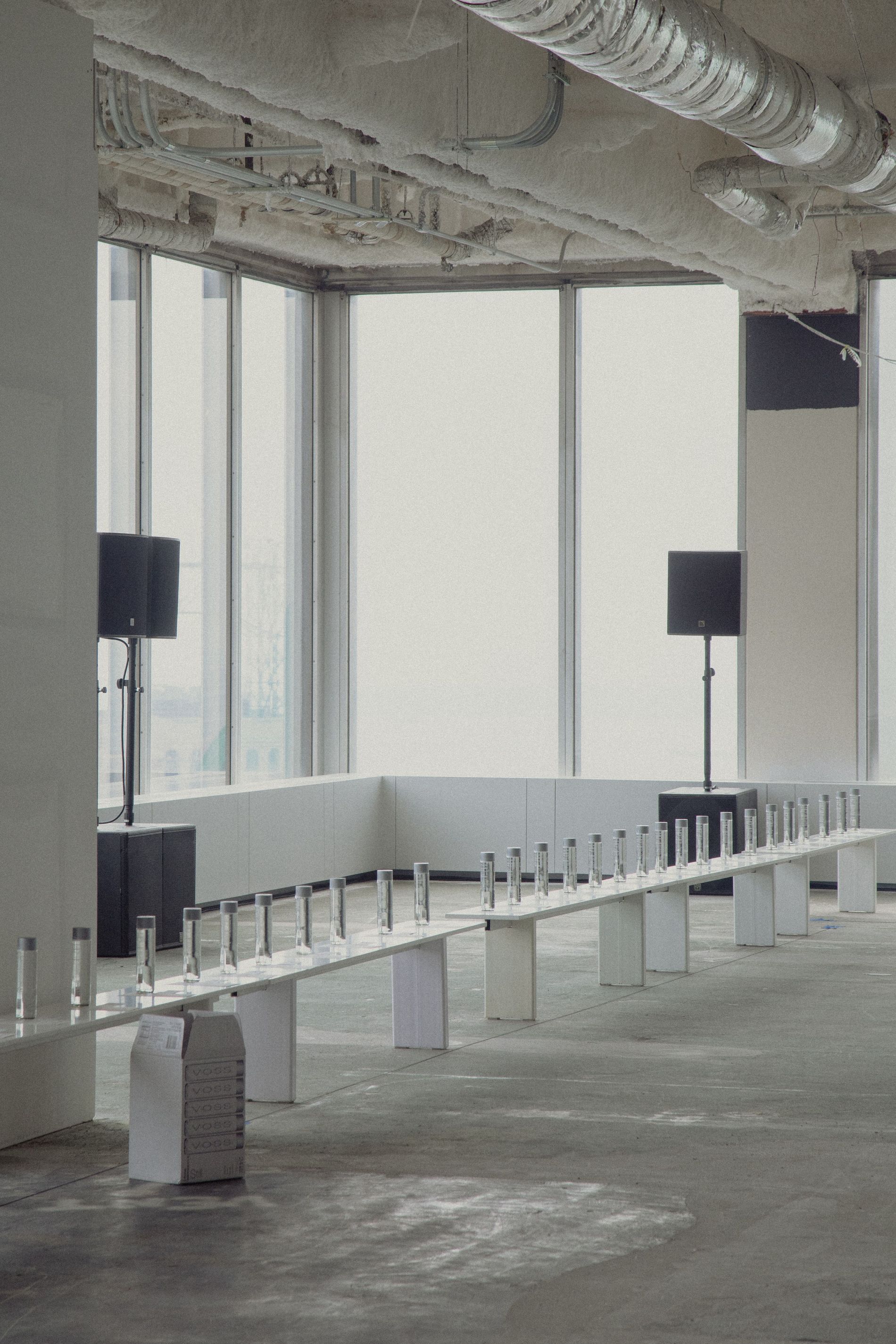 The show space was located on the 59th floor, featuring a spectacular view of the city skyline. Photo: Lucas Ruska Martin 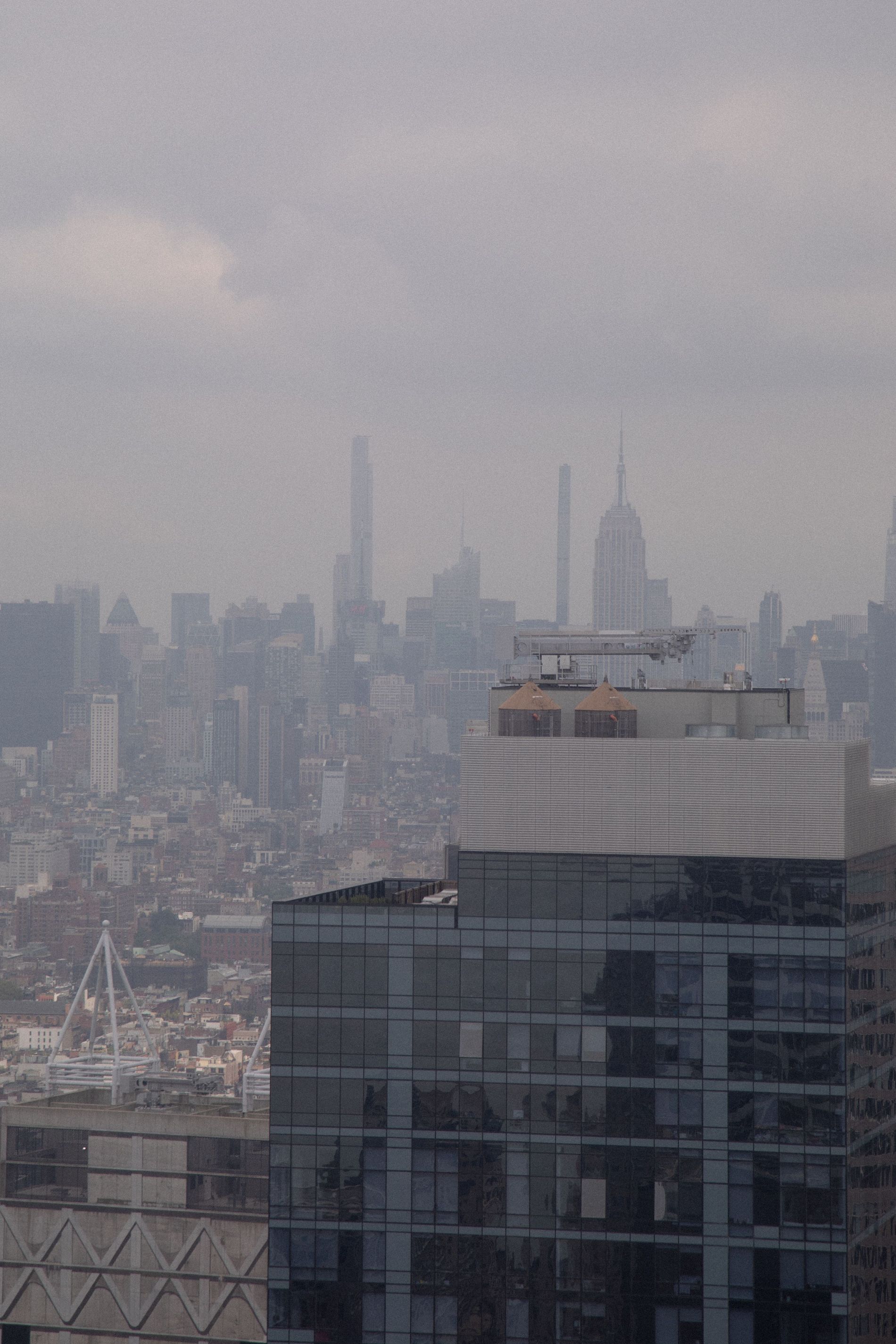 We sat down for a chat, and Do again brought up our conversation from the show. “I told Mikko he should walk the show. He is one of the OG Peter Do boys,” Do told Nguyen and Ho, which made me think that maybe he was not joking after all. A couple of months later, I was already on a plane on my way to New York City for a fitting with the Peter Do team at the brand's beautiful Brooklyn studio. The first look I tried was a beige suit with an open back and very high platform boots.

As anyone would, I had practised my walk in the hotel corridor before heading to the fitting. Watching videos from Peter Do's previous shows, I tried to replicate the calm elegance exuded by the runway models. However, as Do asked me to show my walk, all of my training was thrown out the window. Pablo Carrera, Peter Do's head of production, briefed me, describing the mood as "fast" and "angry". Strutting back and forth in the studio, wearing platform boots, I tried my best to replicate the emotion and thankfully, the team liked the walk enough to have me try two more potential looks for the show. 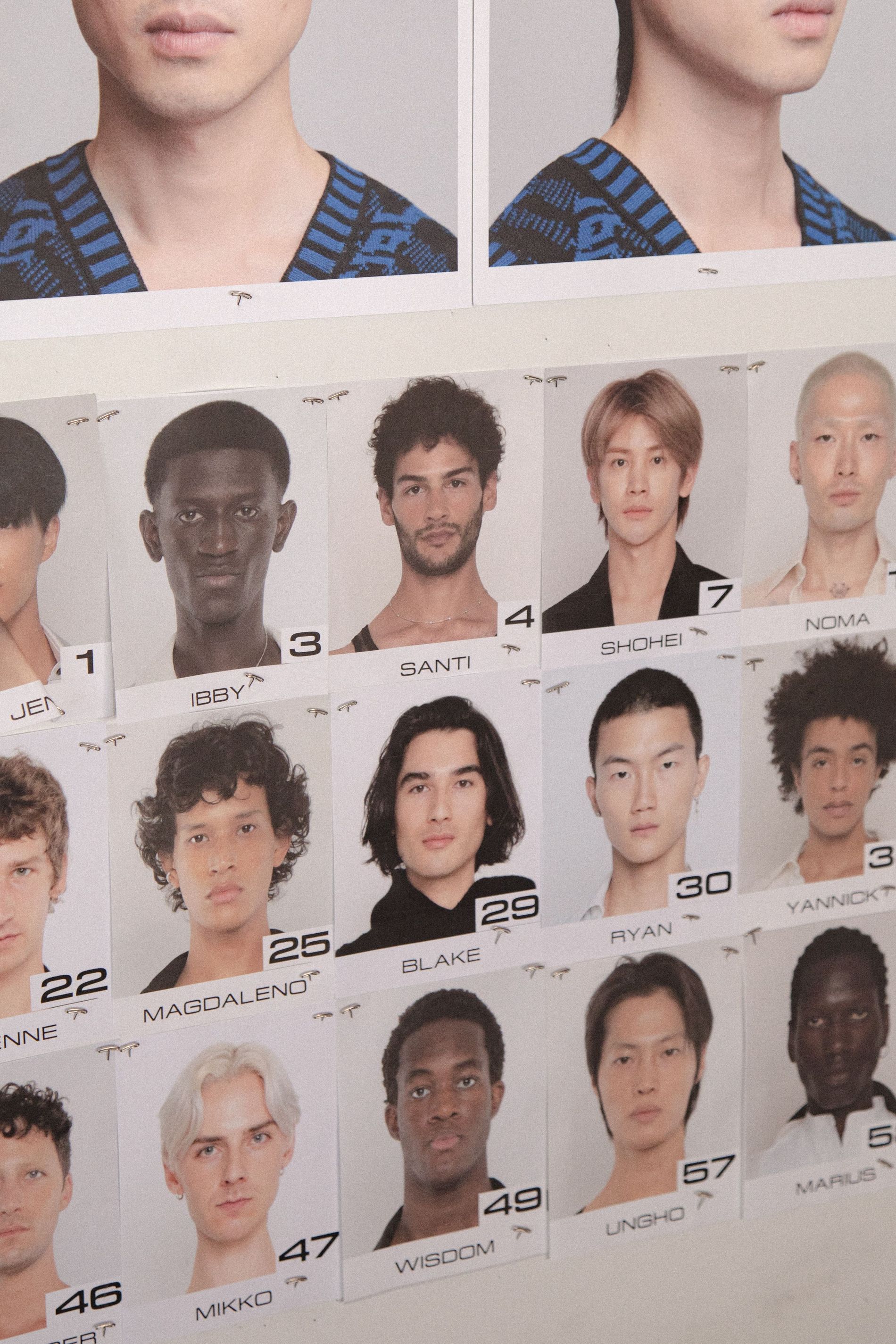 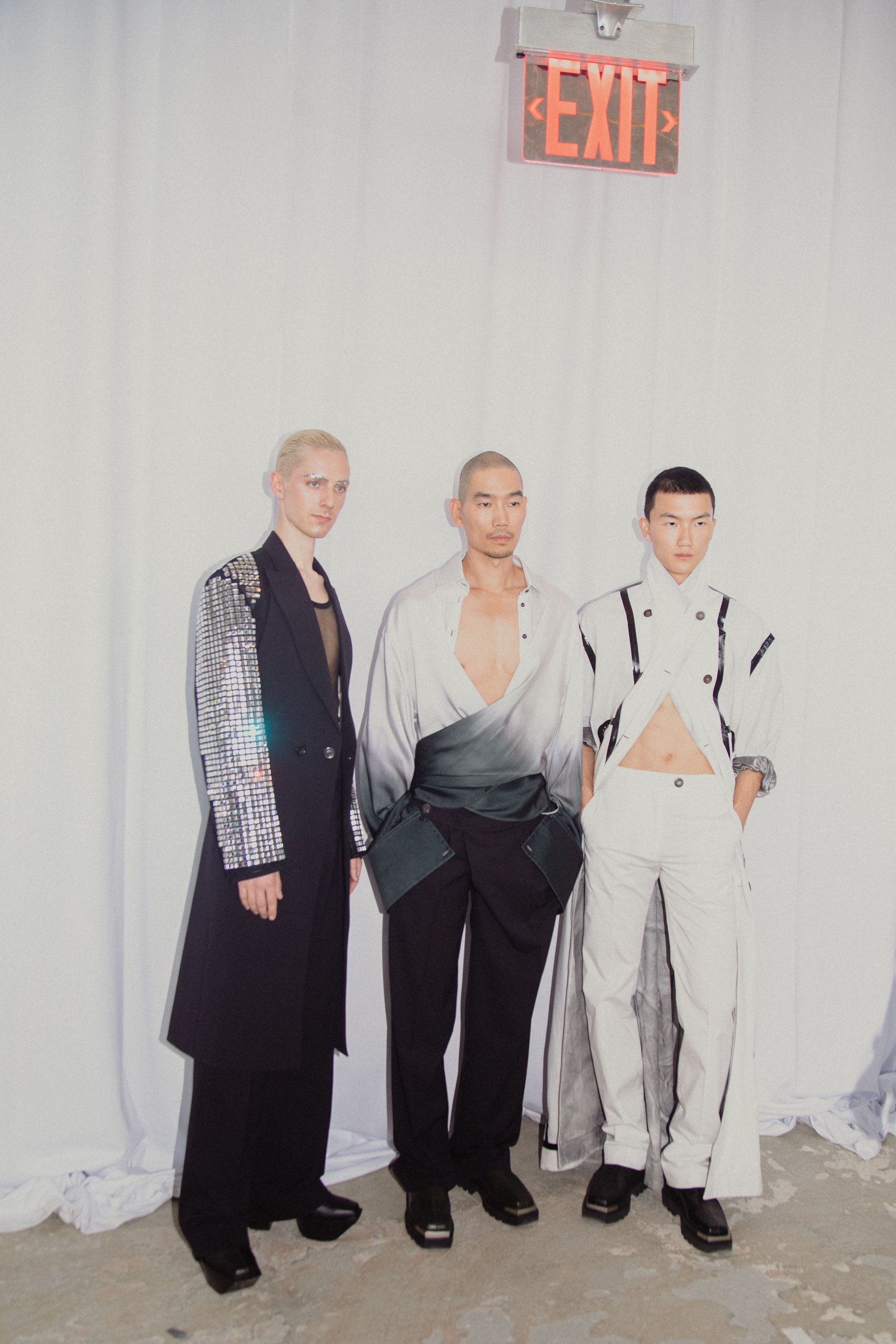 Finally, the morning of the show arrived. I started the day with porridge I brought from Finland. I know it is slightly ridiculous to travel with grains, but I do love my oats. Texting my family, "today is the day", I headed to the show location. Taking a lift to the 59th floor of a shiny silver high rise in the financial district, I was rushed backstage, where hair and makeup teams were already waiting. I ended up being the model for the makeup demo (no pressure), the whole beauty team watching my eyebrows get covered in metallic glitter.

I was excited to discover that my look for the show was my favourite from the fitting – a long dramatic black coat, sleeves embellished with sparkling crystals, paired with tailored trousers and the brand’s signature see-through Spacer tank top. And high platform boots, of course. In between makeup, final fittings, and the general buzz backstage of a fashion show, the whole day went so fast. I only checked my phone once and saw a message on my family’s Whatsapp group chat “good luck, Mikko”. The models were called to line up, and I found my lucky number, 47, just as the show was about to start. The music began, and my head was spinning. Someone told me to “remember to breathe, look angry, don’t fall and if you do, continue to look angry”. Model after model was sent down the runway, and before I knew it, it was my turn. My heart was pounding, and just as I emerged, someone shouted “give them some sass!”. Knowing that Vogue Scandinavia’s editor-in-chief Martina Bonnier was sat front row next to my fiancé Lucas Ruska Martin, I was planning on it. It was time to make them proud.

Walking the runway was a surreal experience. The look I wore gave me confidence, making me a better (if not the best) version of myself. And that is what I love about Peter Do. The way his clothes make me feel powerful. After the finale, So Hyun An came up to me and said, “you ate that up!”.