“I don't wear cologne very often, but this scent was one that I really enjoyed and honestly wear it now.”

It’s been four years since Valentino released the first flanker of the Born in Roma fragrance family. Pink, also known as the original, at the time challenged the norm of the house by bringing a fresh, modern, floriental scent into the classic maison’s offerings. Alongside the scent, two new figures were introduced to the Valentino Beauty family: Gen-Z stars Anwar Hadid and Adut Akech.

Hadid and Akech represented a new character profile within the Valentino world: the Aristopunks. Described by Valentino as ‘they who make the ordinary extraordinary, are proud of their roots, culture and value difference’, the Aristopunks are the kind of people for whom nothing is imposed and who see beauty as something meant to be shared, inclusive and a reverie of the past while maintaining relevance to the modern age.

Now, four years later, the original Aristopunks return to Rome to welcome a new fragrance into the Born in Roma family. We caught up with Hadid and Akech to discover what this third launch really means to them. 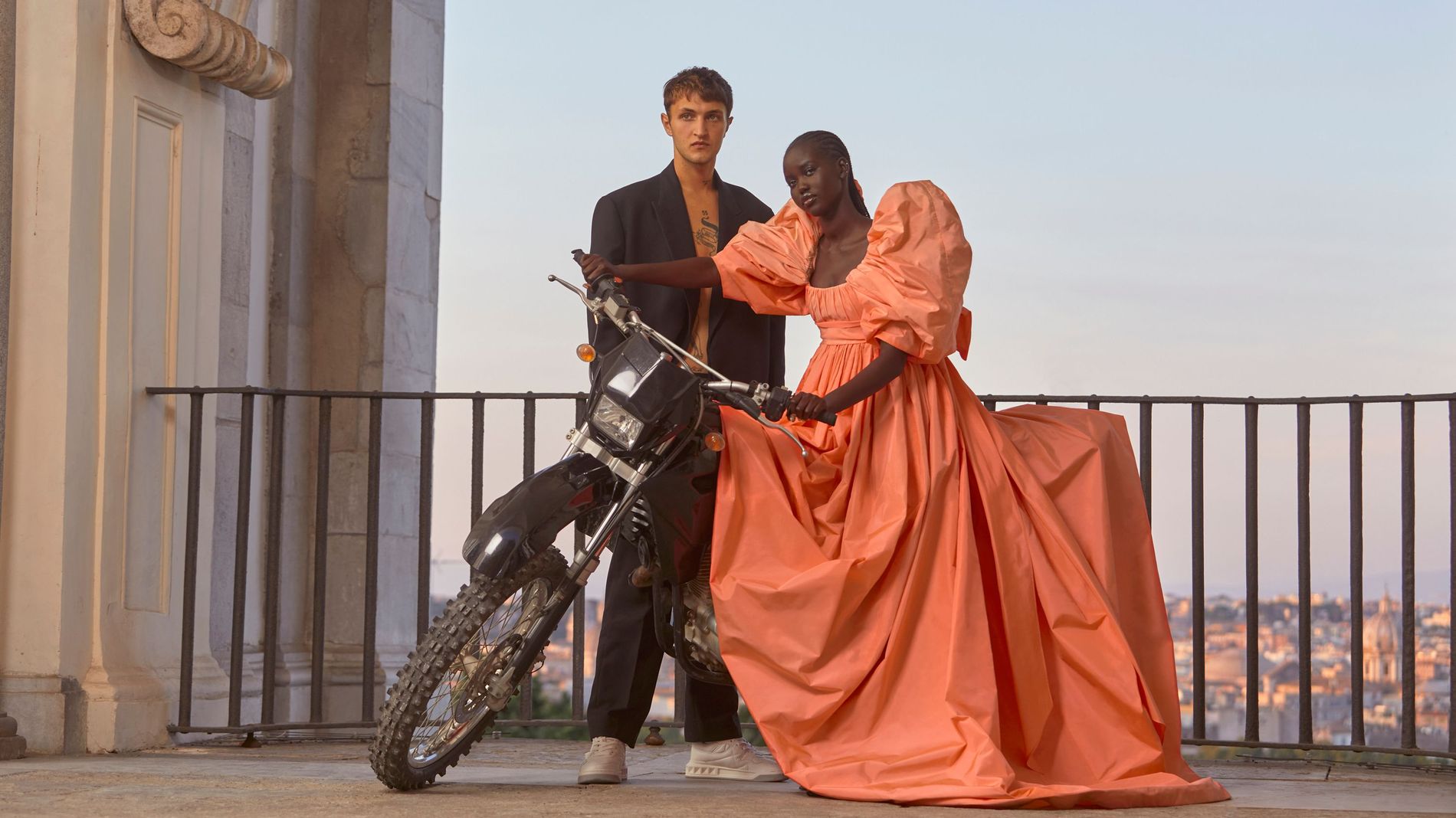 “My story with Valentino actually started in September of 2017,” remembers Akech. “I went to a casting with [creative director of Valentino] Pierpaolo and his team. That led to a fitting that led to my first Valentino and the beginning of an incredible bond with Pierpaolo and the house.” For Hadid, getting the call was a similarly significant moment. “I’ve been a big fan of the brand for years, so I was just so excited when I heard they wanted to welcome me into the Valentino family,” he says.

The first reiteration of the Aristopunks running through the Roman streets in 2018 was a huge success. The second delivery, the midday inspired yellow scent, also surpassed expectations and enchanted fragrance lovers worldwide. And now, we have the third scent in the family. Taking inspiration from the light right before the sun sets over the city, the new edition is evocatively named Coral Fantasy. 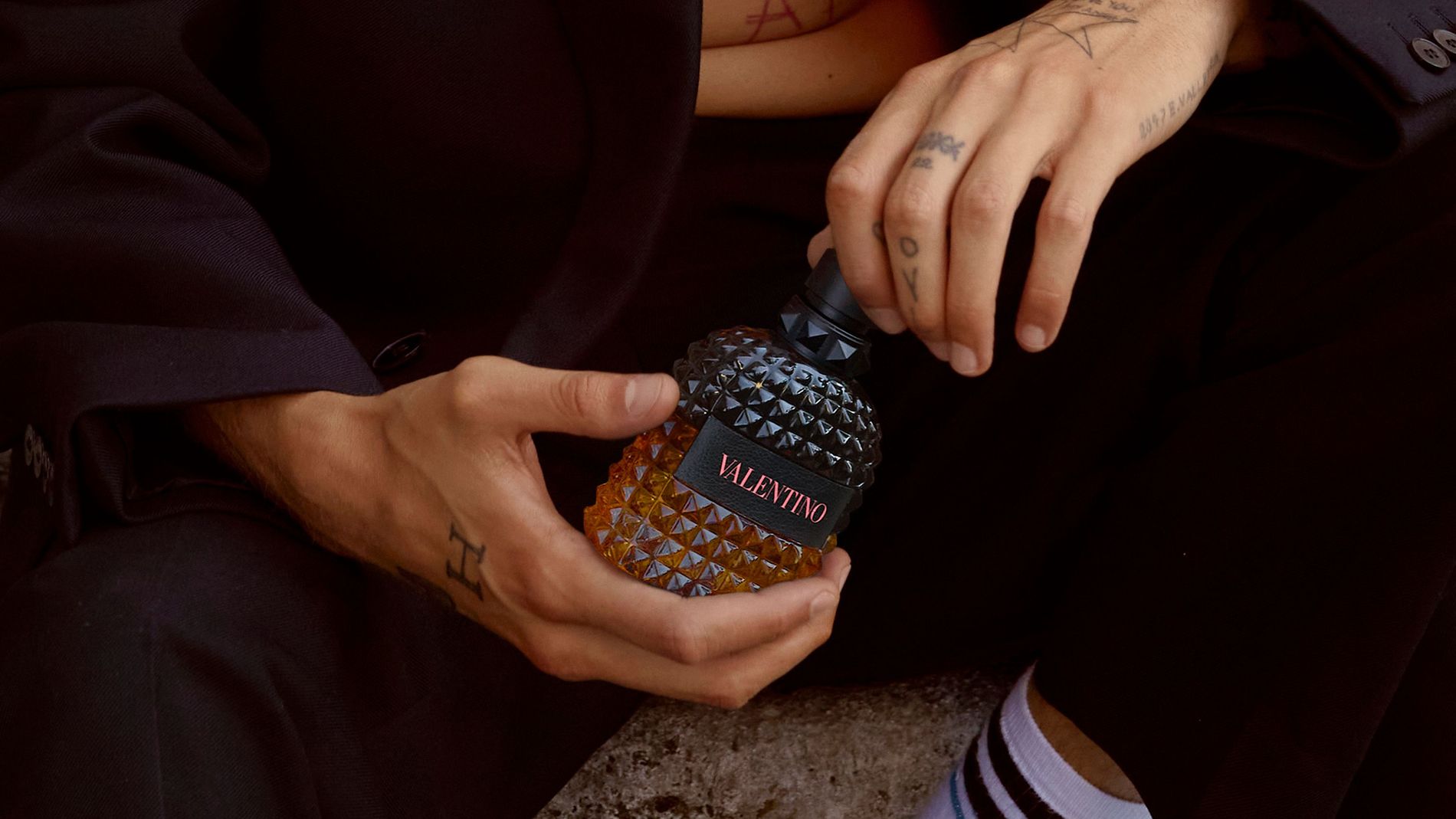 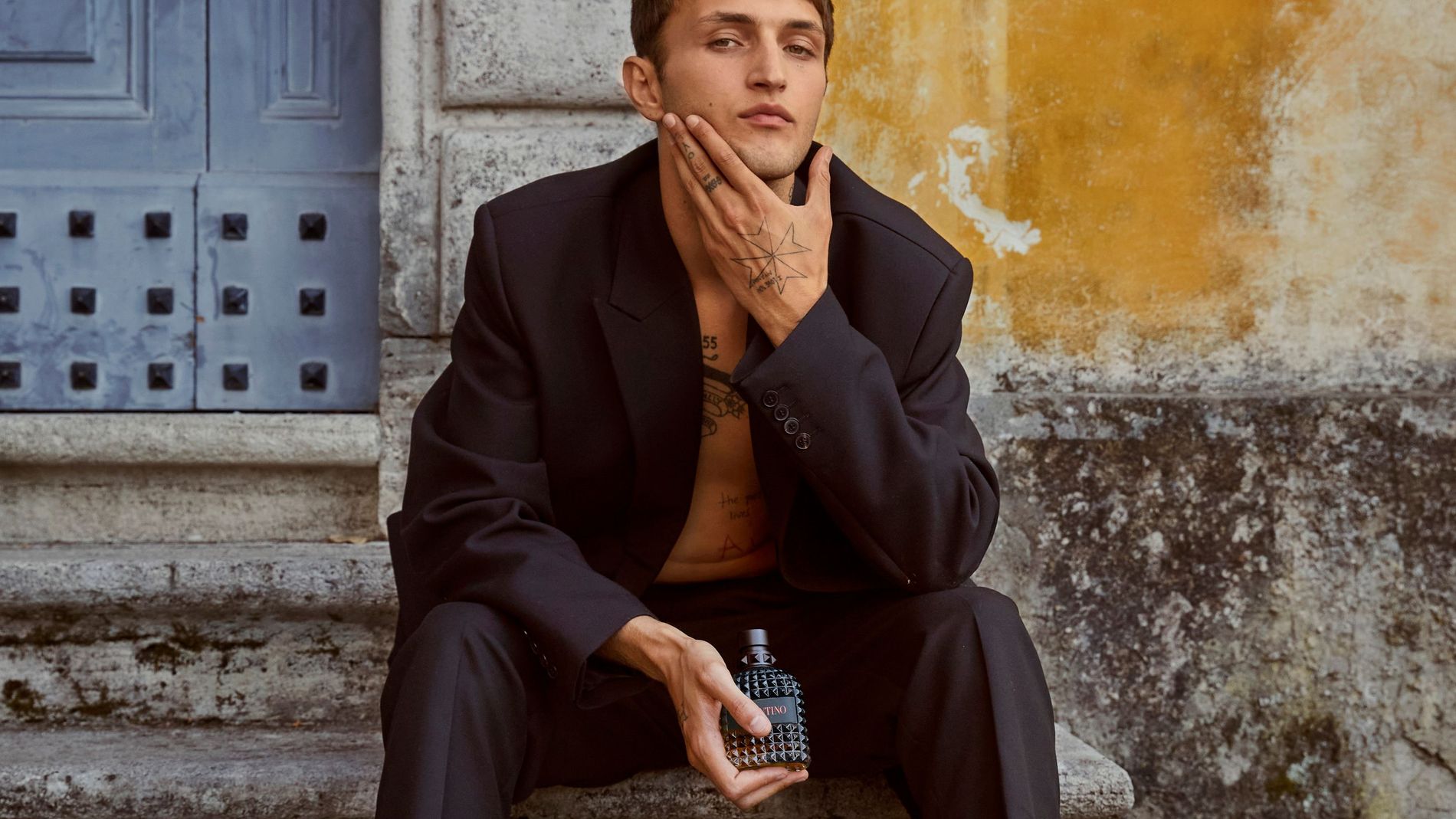 “I hadn’t smelled the new fragrance before the campaign,” says Hadid, “but I wasn’t really worried – they [the Valentino team] have such great taste and know what people like.” Before allowing him to discover the scent, the team instead wanted to walk him through the inspiration and the notes of the fragrance, helping to build his anticipation. “It was very interesting and the first time I ever experienced something like that,” he remembers. “Then they let me smell it and I loved it. I don't wear cologne very often, but this scent was one that I really enjoyed and I honestly wear it now.”

For Akech, the fragrance held a different first impression, “I was at my house in Los Angeles when I first smelled the fragrance, the sun was shining and everything was perfect. For some reason Jamaica immediately came to my mind when I smelled the scent. I once stayed there and it just feels like what I would want to wear in the tropics.”

The fragrance can be described as a fruity floral number with a bit of woodiness that mellows the expected sweetness into a more deep, mature and rounded scent. It is positioned as the last flanker in the Roman day, merging day and night into the perfect sunset moment. 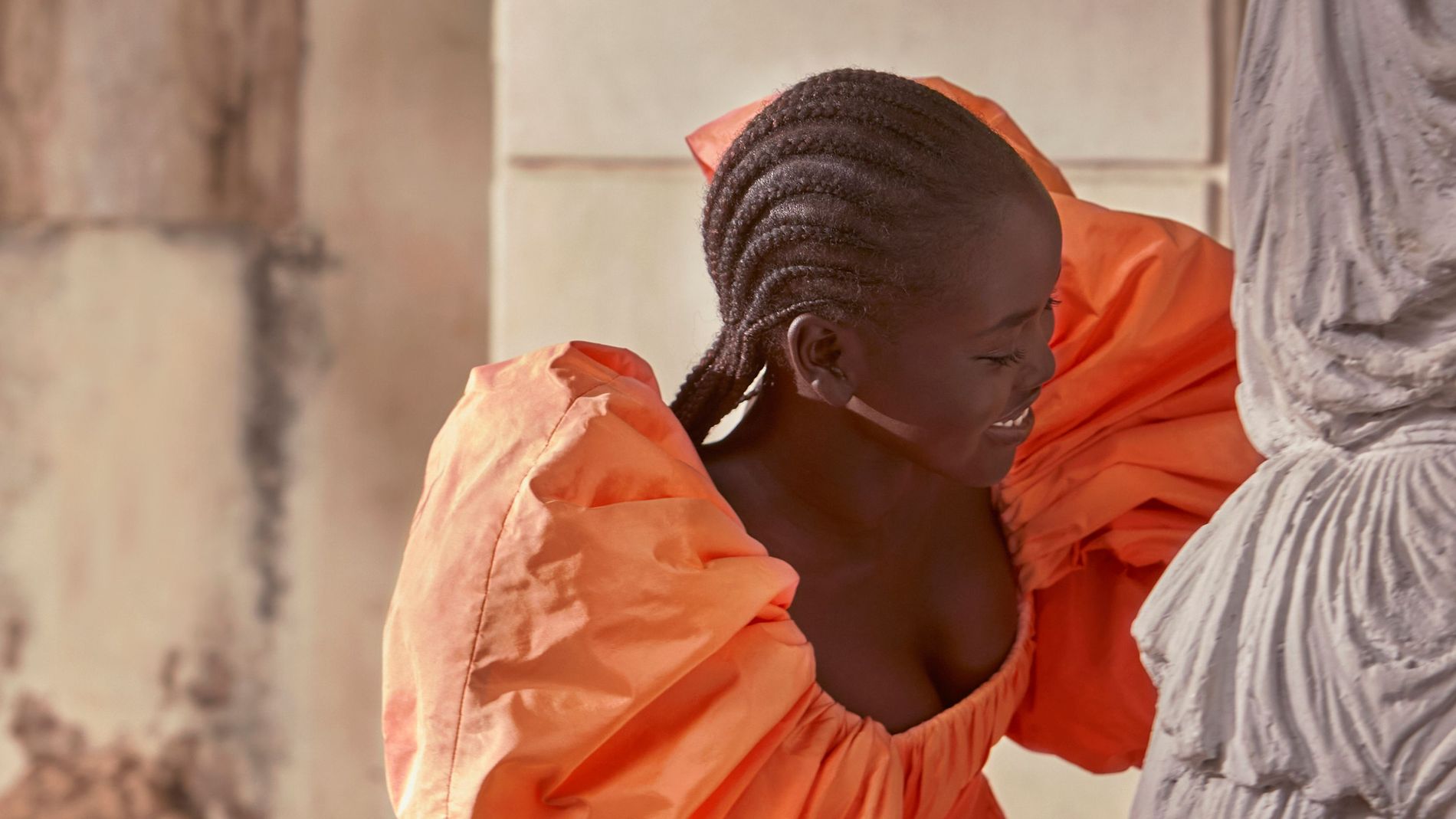 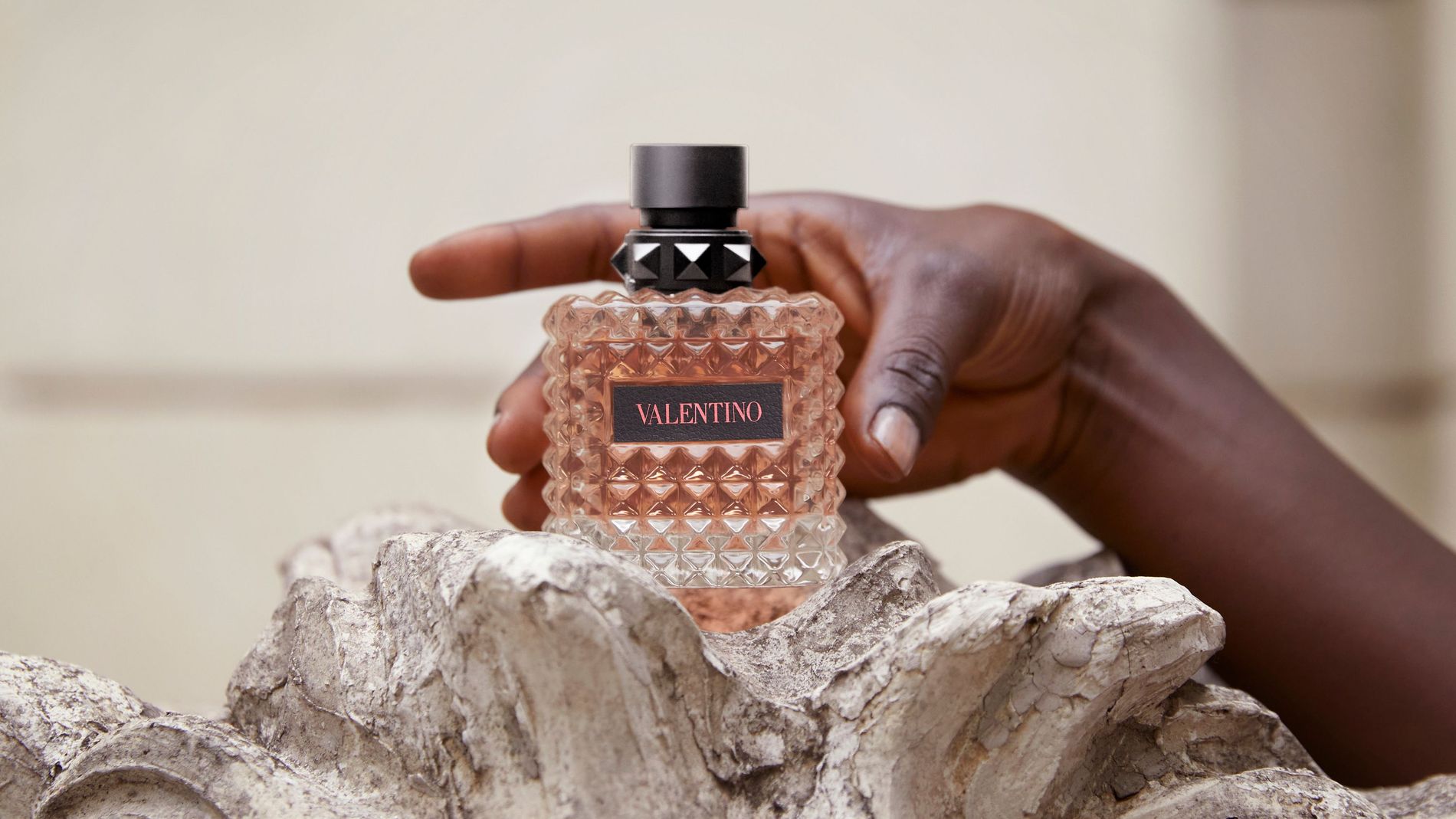 “The new Coral Fantasy is very dreamy, sweet and fresh,” says Akech. “It’s also very playful, and feels like a confidence boost,” adds Hadid. Their comments match the accords the scent holds at its heart, where it combines a cedar and white musk base with a rose, jasmine and ambrette middle and opening notes of kiwi and orange, explaining the energetic feeling of the scent.

The Valentino launch also led the Aristopunks to reminisce on how fragrance in general has been present in their worlds for decades. “The first people to introduce me to fragrances were my mother and my aunties,” remembers Akech. “My mother used to wear Khumra, a Sudanese homemade scent – she would put it on before she left the house. That’s my first scent memory, it’s an everlasting one actually.” In Hadid’s case, his father was the first one who bestowed him with the gift of scent. “It was like a coming of age moment for him,” he smiles.

Valentino Coral Fantasy marks the end of the day among the Born in Roma fragrances from the famed beauty house, but could this also be the last time we see the Aristopunks take over the Roman city? Only time will tell.