A gastronomy festival in Swedish Lapland brings together star Scandinavian chefs highlighting the Nordic food model as a world leader in sustainability. Our food writer, who spent the evening nestled in the middle of the forest sampling the 10-star Michelin tasting menu, shares how she got on...

A broad belt of purple rolls over the silhouettes of the gigantic pine trees and slim birches. It’s a dazzling Northern Light moving slowly in waves as it goes from deep magenta to lavender and then suddenly turns neon green. People sigh, astonished by the spectacular natural phenomenon – and its sense of timing.

Someone in the crowd says, “I fixed this for tonight.” Cue laughter. But it really does seem like the only appropriate ending of a unique Michelin star-level dinner in the woods. 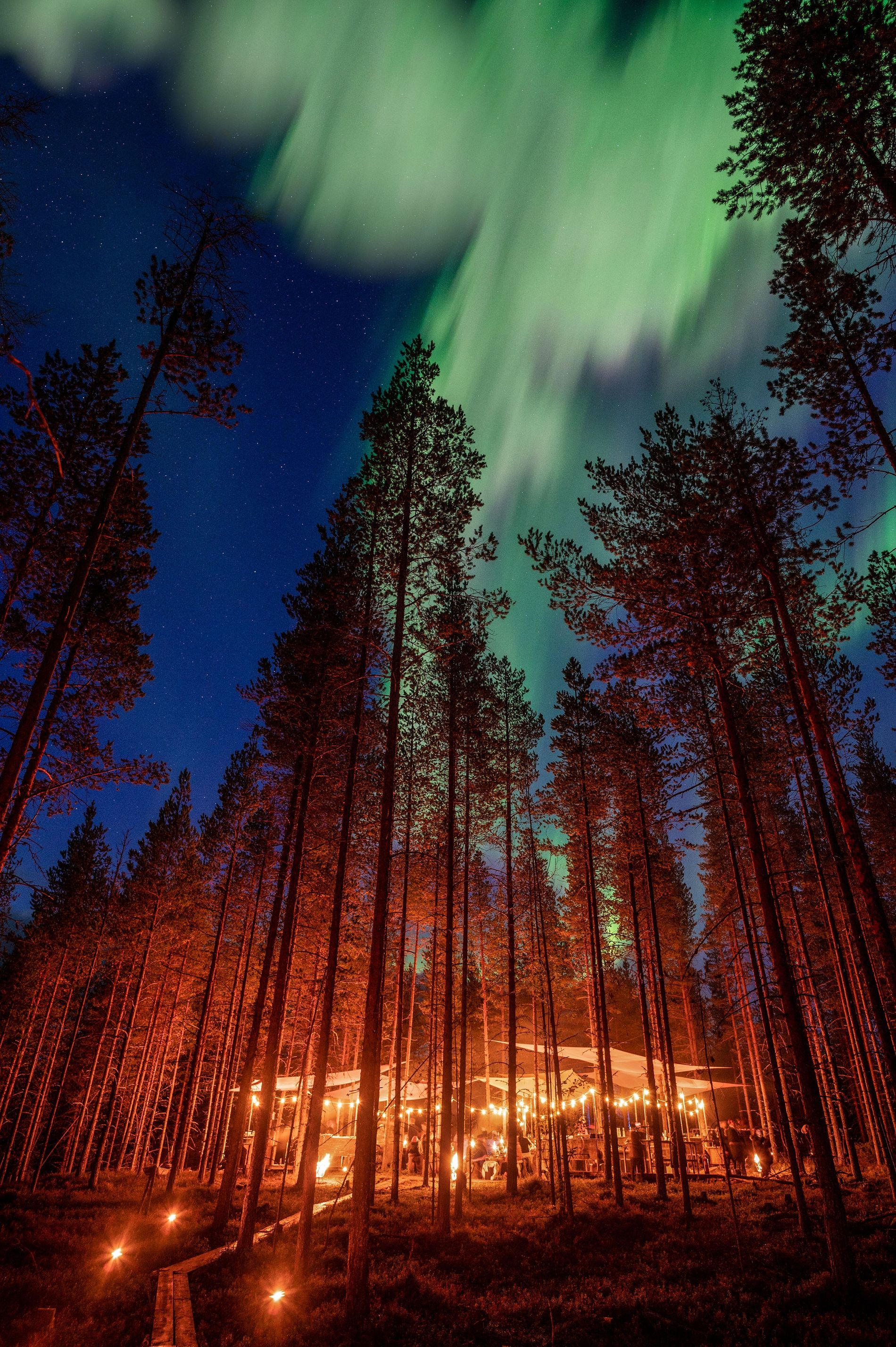 Looking around, you don’t exactly get the vibe of a starred restaurant. People are dressed in Fjällräven outdoor jackets, woolen sweaters, mittens and knitted hats. Instead of white cloth covered tables, folded napkins and waiters in black and white, there are chefs in fleece jackets and leather aprons, tables roughly cut out of pine wood and the only light comes from the open fire and a few stringed light bulbs. No high heels and parquets here, just arctic hiking boots on bouncy moss, poetically dotted with tiny blueberries.

The restaurant is called Materia – a pop-up in the woods of Swedish Lapland existing for two exclusive nights on the occasion of Stars du Nord, a spectacular food festival celebrating the local cuisine. All ingredients for the nine servings this evening are sourced within a 200-kilometre radius. 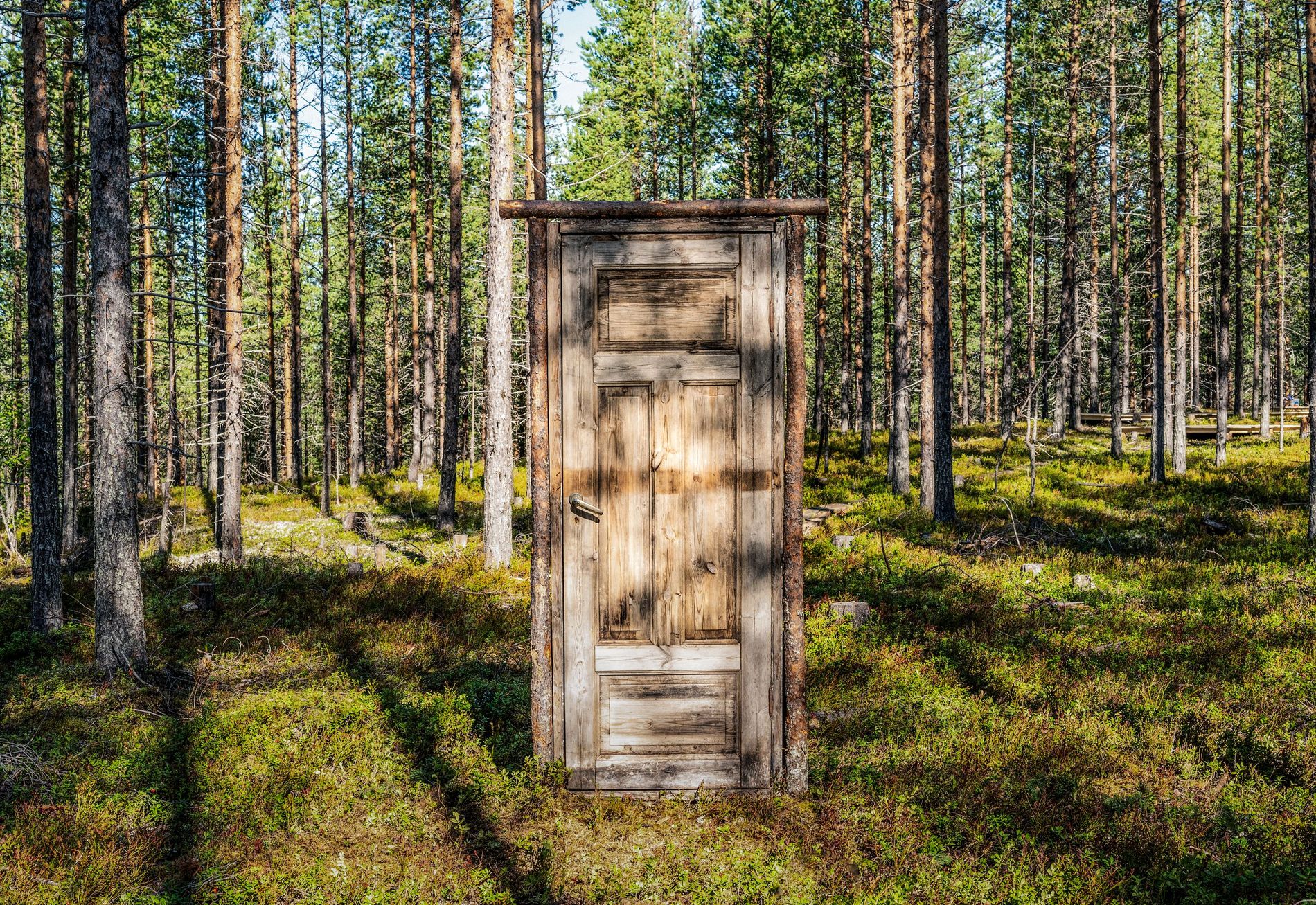 Guests to the food festival entered through a magical door situated in the middle of a forest. Photo: Håkan Stenlund

Torsten Vildgaard, chef at noma for 11 years, says that the obligation to think ultra-local was a nice challenge. “It gives you respect for the produce and the nature to cook and work like this. I mean, it’s all here: the blueberries, the chantarelles, the cep, the lingonberries, the juniper and so on. But it takes a really long time to forage it. Working in a restaurant you only have to make a few clicks on the computer and then the ingredients are ordered and on their way.”

This underscores the whole point of the festival, says Caroline Thörnholm, CEO at the Swedish fine dining agency Swede Concept and the woman behind the idea of Materia. “Northern Sweden has proven to be a frontrunner when it comes to driving a green transition. It feels obvious to organise Stars du Nord in Swedish Lapland this year and raise sustainability issues at all levels.”

Related: 7 no-waste restaurants for a guilt-free sustainable supper in Stockholm 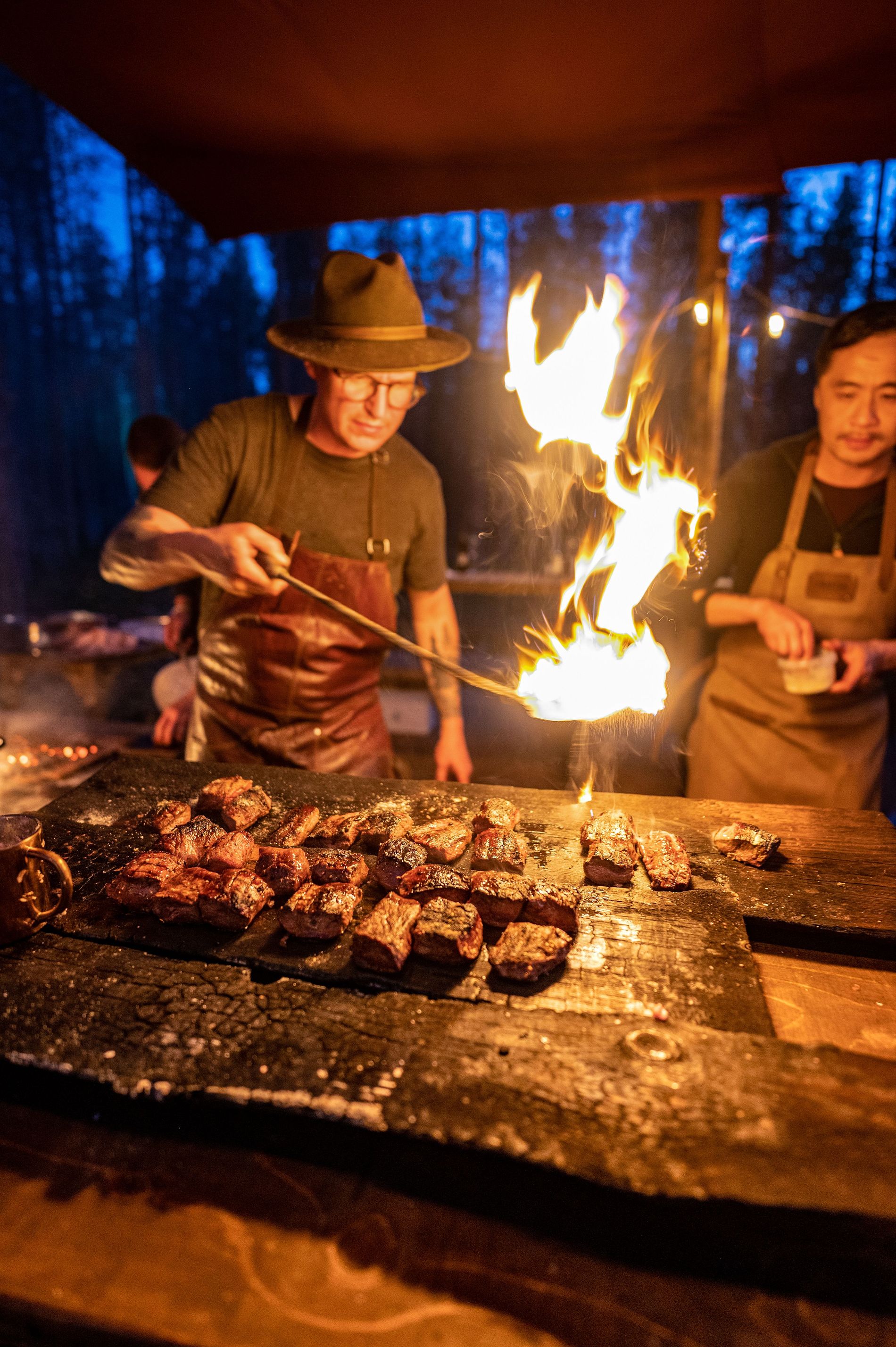 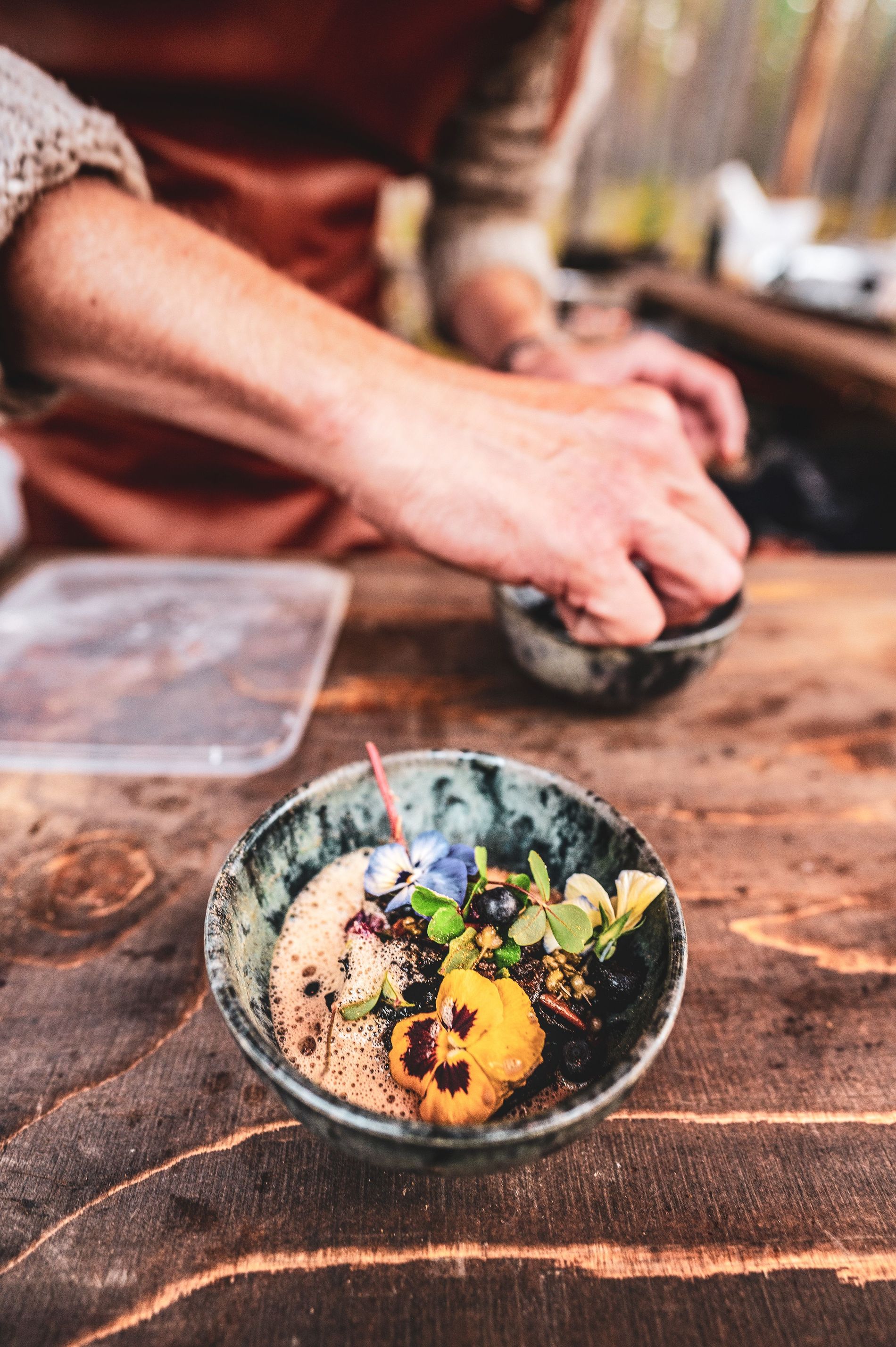 The 200 kilometre ruleset has forced the chefs to be open and creative, and the food is super exotic in its narrow hyper-localness. This night we eat ants, reindeer lichen, pine shoots and moose fat. All incorporated into unforgettable dishes with cod, langoustine, chanterelles and other mushrooms, all kinds of berries spiced up with kelp, wild thyme and sorrel.

One of the best dishes of the evening is a caramelised onion that has been cooked for hours over an open fire, served with homemade sour cream and a sprinkle of crispy capers made from wild garlic flower buds and Kalix löjrom – the Swedish counterpart to caviar served at royal dinners and the Nobel prize party. The onion has turned into pure delightful sweetness. The wild garlic capers and the salty fish roe balance the sweet, the fat and the smoke. A sublime bite, all in all. 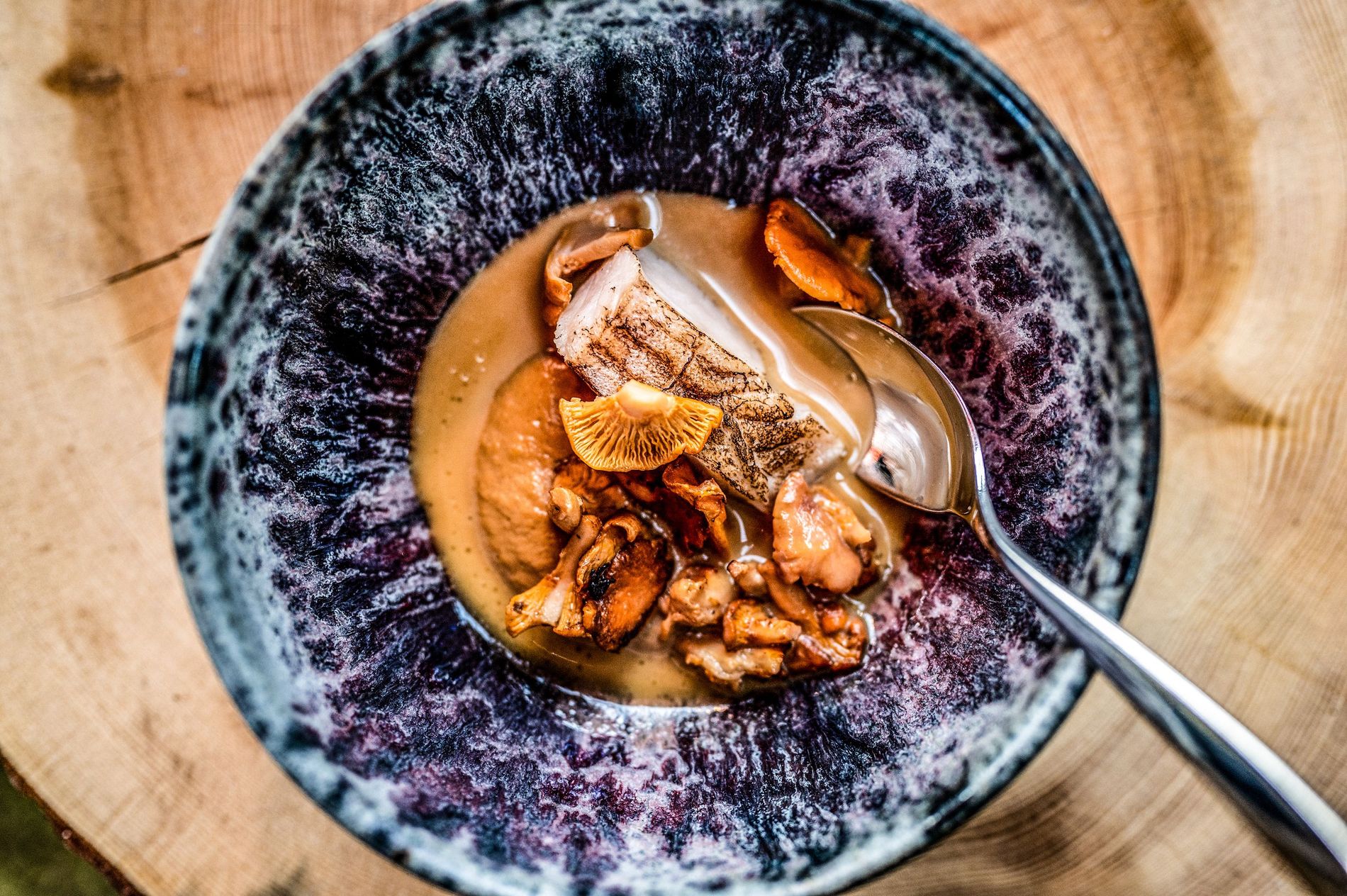 Materia is not the first restaurant with high ambitions to be working in rarely-visited areas of Scandinavia. Restaurant Koks, originally based on the Faroe Islands (and at the moment situated in Greenland), is called the most remote Michelin starred restaurant, pushing the limits of gastronomic tourism.

Chef Nicolai Tram from Knystaforsen in the small Swedish town of Rydöbruk is also a part of a movement that opposes the fine dining of the big cities, showing that great food can also be found where you least expect it. “We wanted to get closer to the ingredients and nature and create a sustainable lifestyle for the whole family," he says, as he grills a reindeer filet for the guests at Materia. 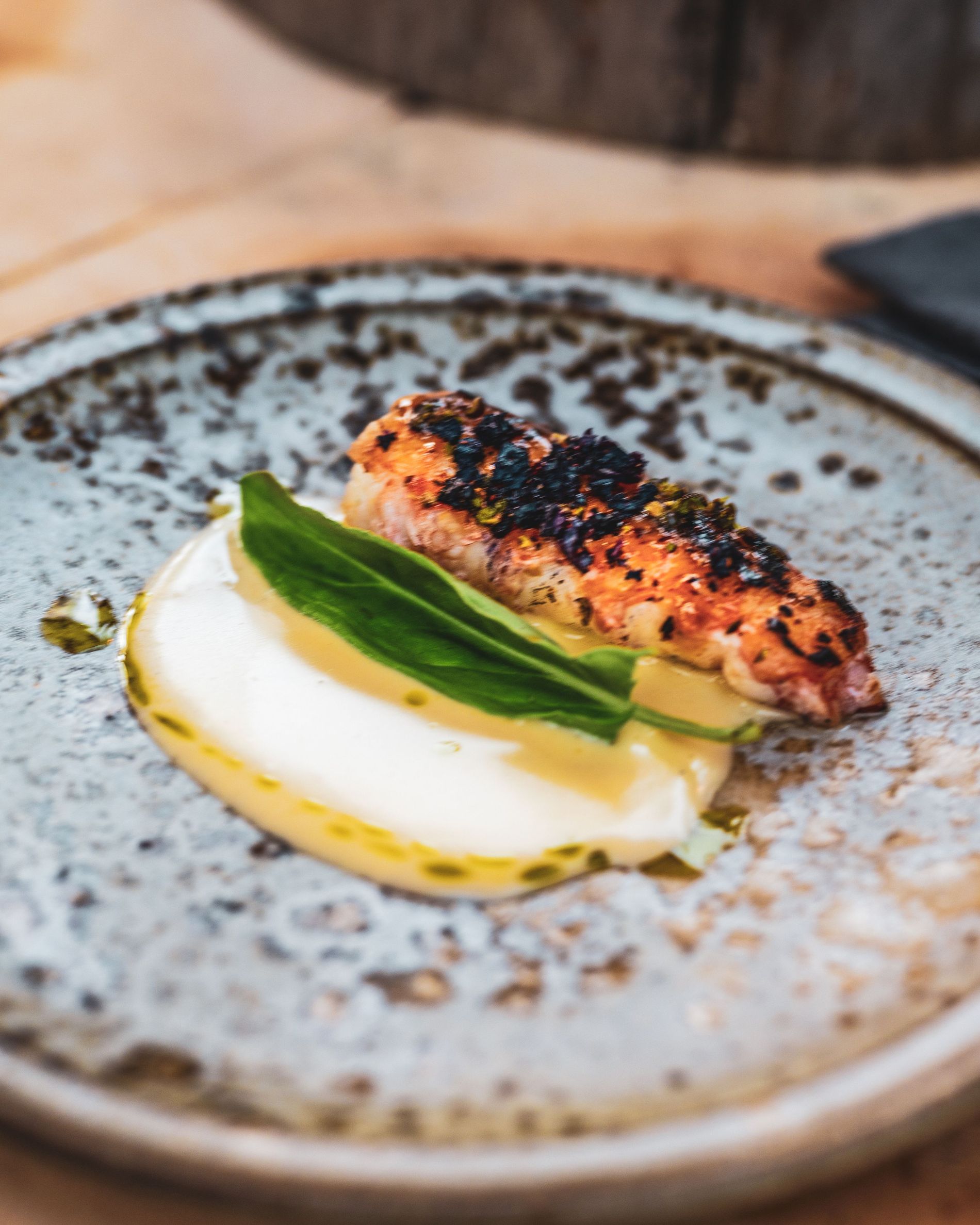 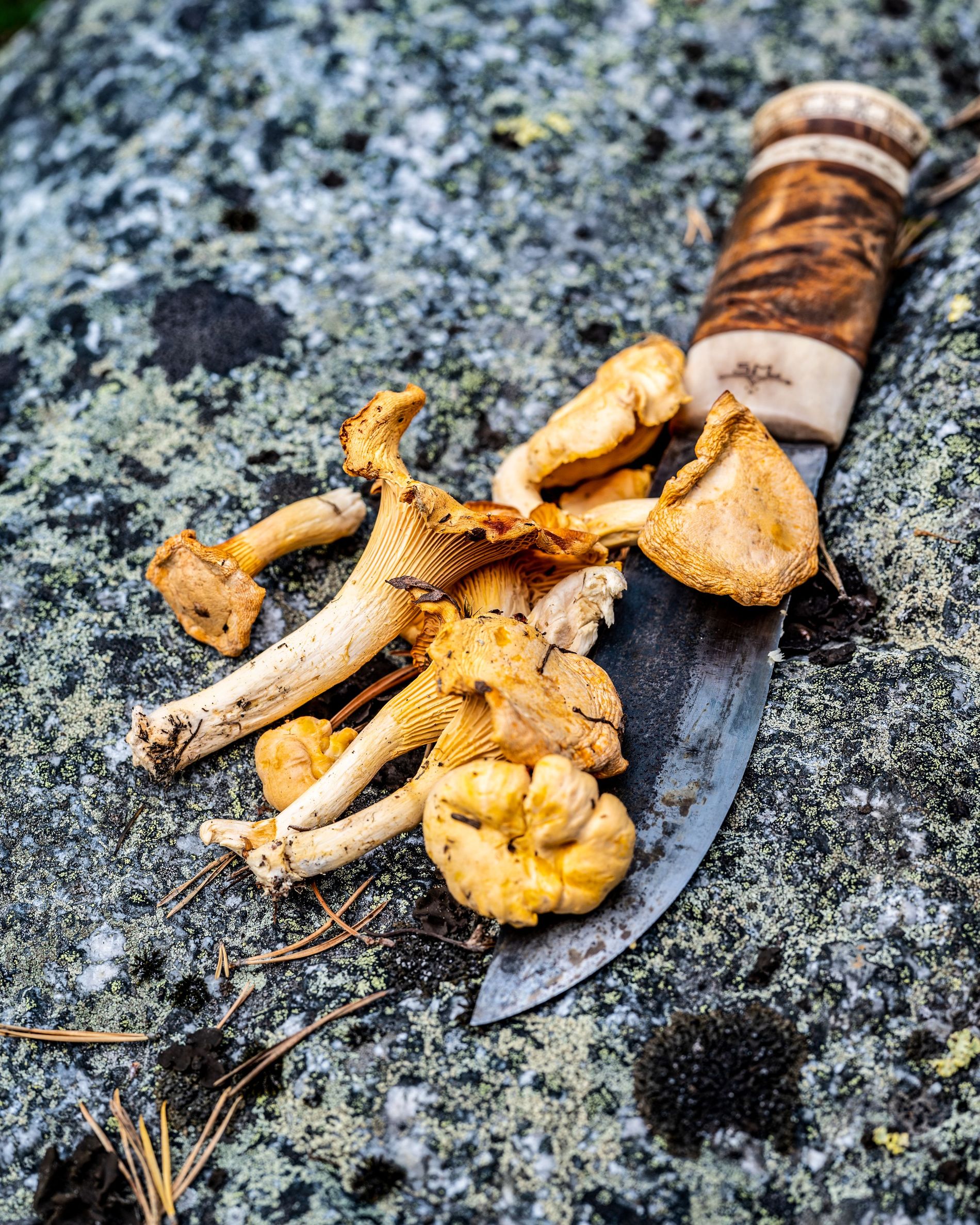 "I got so tired of always having a guilty conscience, either towards my family or towards the restaurant.” Tram runs Knystaforsen with his wife Eva, and finding a good work-life balance feels like a rewarding part of a broader sustainability concept that he and others are now pursuing.

Maybe we will see more Michelin stars in the outskirts in the future. More go going back to nature and the roots, and more cooking over open fires. Seeing the chefs work in the light of the flames (and of the lights in the sky) certainly added to the charms of the evening at Materia.

And even though we smelled like scouts coming home from a bonfire at the end of it, leaving the restaurant under the magical magnetic Northern Lights simply made it an even more unforgettable experience, and one we hope to see emerge in other parts of Scandinavia soon. 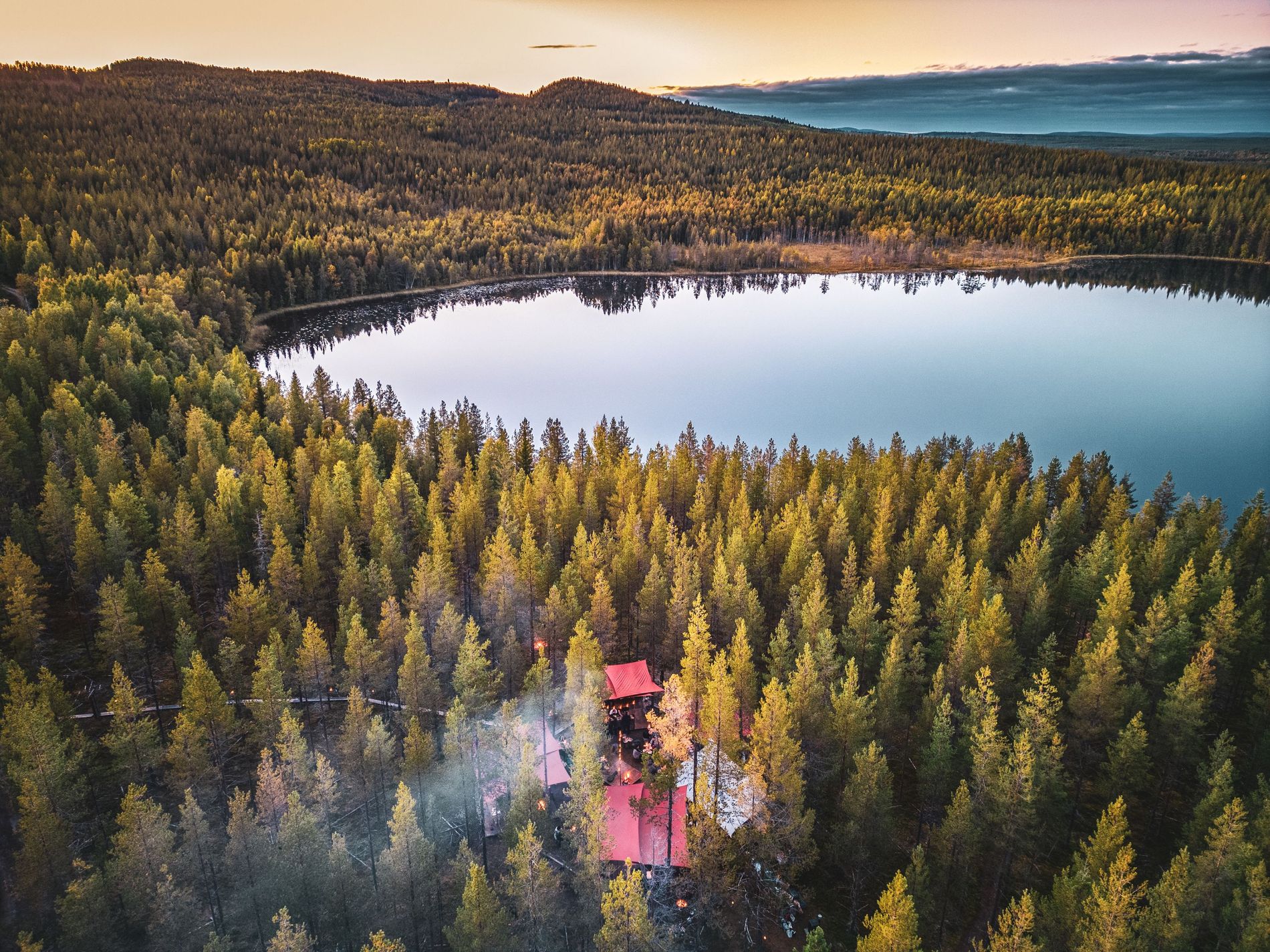