Ahead of the 78th edition of the world’s oldest film festival, revisit the Lido through these vintage shots, from Diana Dors riding a gondola in a mink bikini to Elizabeth Taylor sipping cocktails.

“The Venice Film Festival was like passing a final exam,” director Federico Fellini said after his work was accepted by the esteemed competition. Evolving out of a recurring late 19th-century art exhibition, the festival, which was first held in 1932, is the oldest of its kind. Traditionally hosted on the Venetian island of Lido, the event sees new releases vying to win its highest accolade, the Golden Lion, recognised globally as a mark of cinematic prestige.

One of the ‘Big Three’ alongside Cannes Film Festival and Berlin International Film Festival, Venice Film Festival has all the star-studded appeal of the former as well as the auteurist leanings of the latter, while also distinguishing itself by championing arthouse Italian films alongside global blockbusters in one of the most beautiful cities in the world.

The event’s history is peppered with significant cultural moments including the cementing of Marlon Brando as an acting great with the screening of On the Waterfront (1954) and the posthumous release of Stanley Kubrick’s Eyes Wide Shut (1999). More recently, the Queer Lion award for films representing LGBTQIA+ themes was initiated in 2007, and in 2012, the organisation began online streaming of showcased movies for public viewing. This year marks its 78th edition, set to run from 1 to 11 September 2021.

Ahead of opening night, we revisit the festival through 17 glamorous vintage images featuring the likes of Elizabeth Taylor, Diana Ross, Jane Fonda, and Sophia Loren. 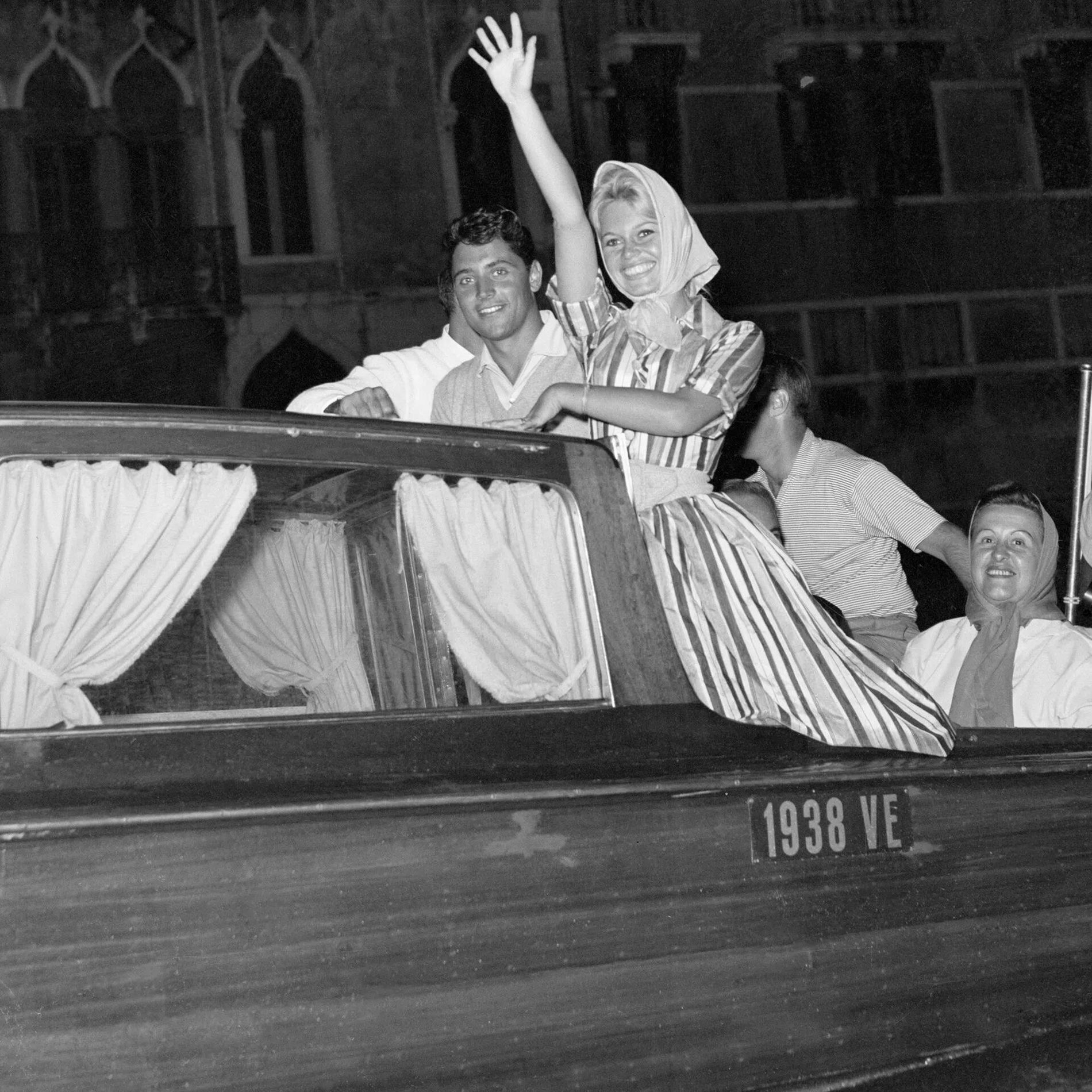 Brigitte Bardot waves to cheering fans as she rides a motor launch along the Grand Canal accompanied by her guitar-player friend, Sacha Distel. Bardot’s arrival at the Lido allowed a host of admirers to scramble to get a view of the blonde screen idol. She attended the opening of her film, En Cas de Malheur, at the 19th Venice Film Festival. 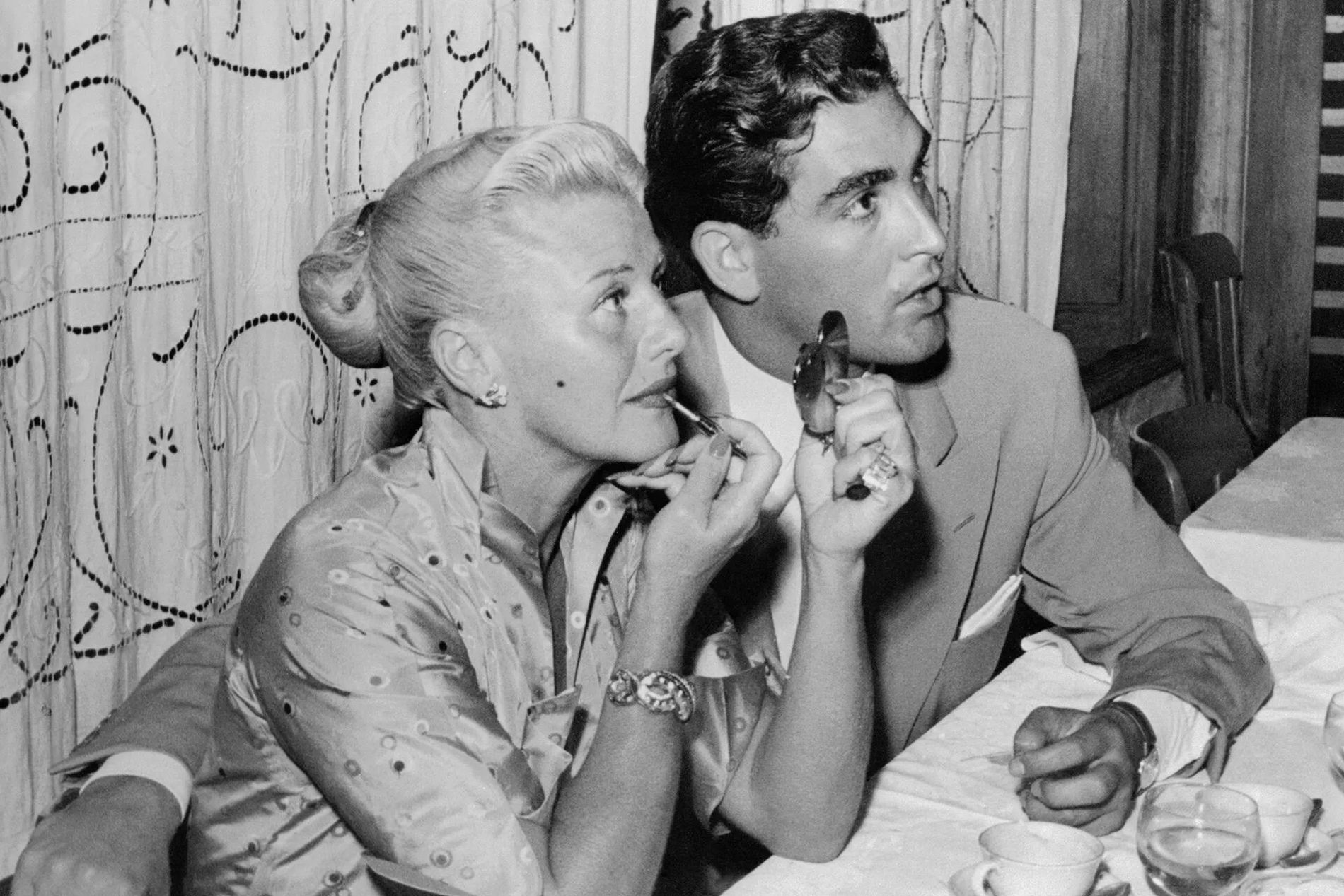 With his arm around the chair of Hollywood screen star Ginger Rogers, French actor Jacques Bergerac speaks to a friend passing their table in a Venice night club during the festival. 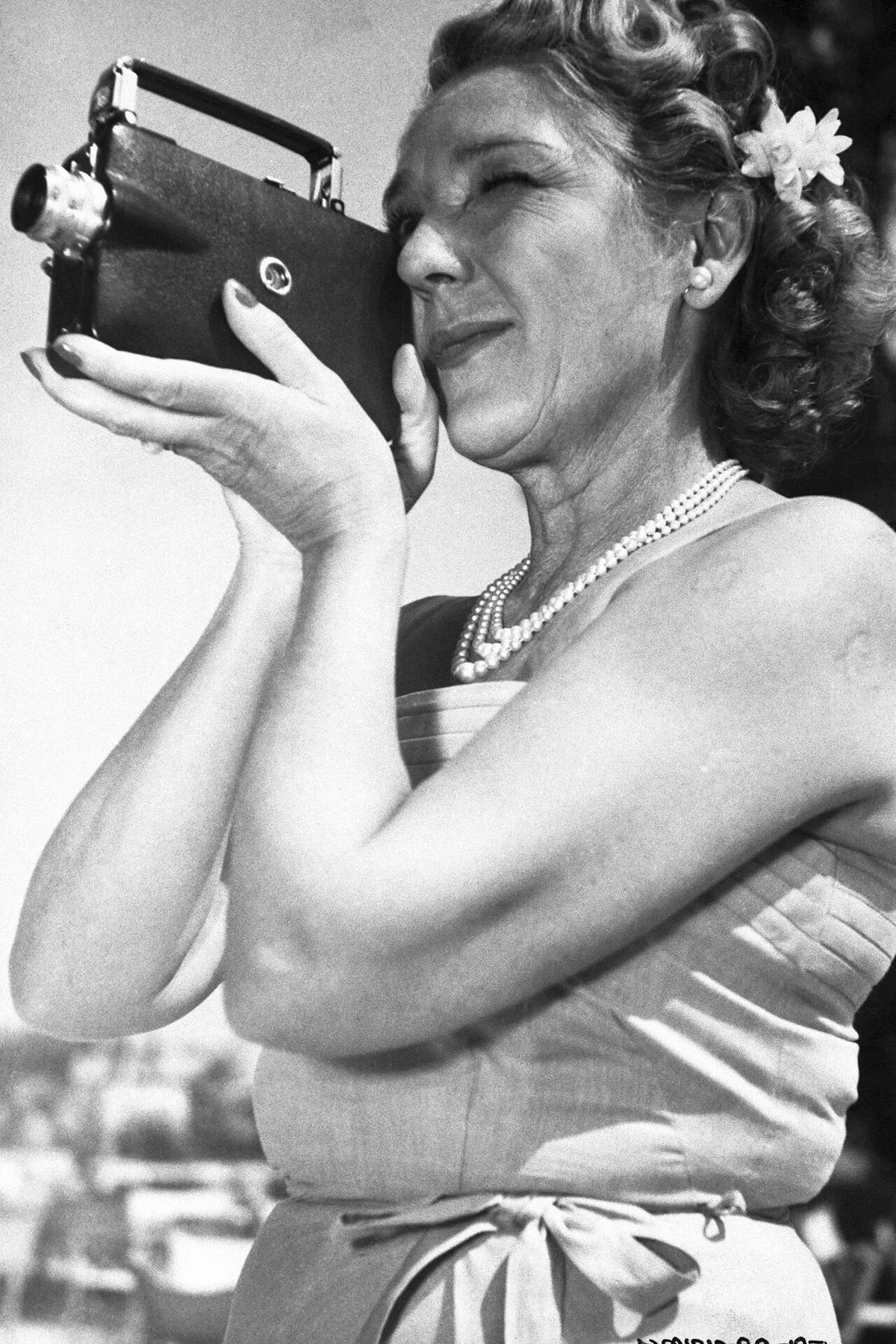 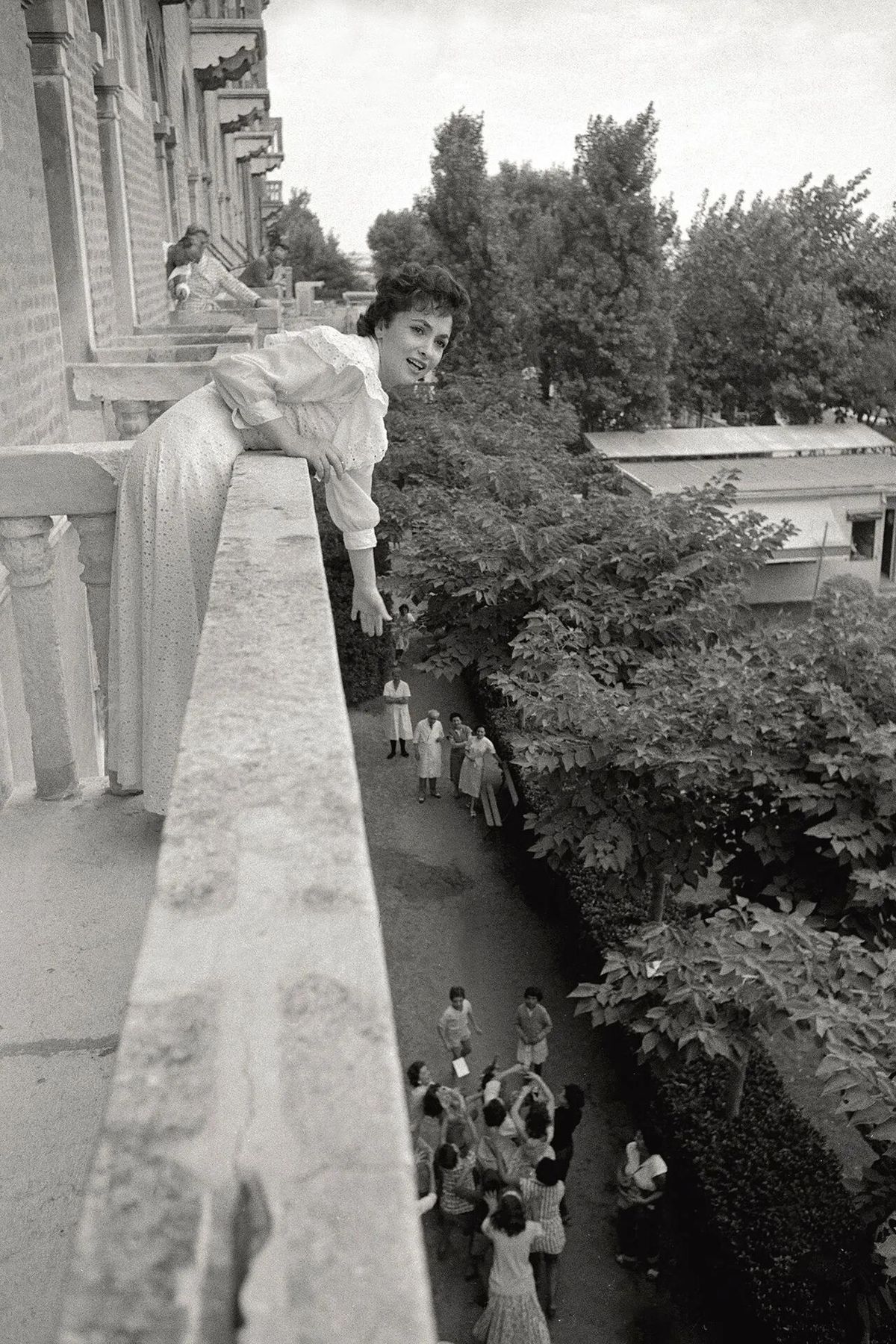 Actress Gina Lollobrigida leans toward her admirers from a terrace of a hotel room, during the 17th Venice International Film Festival. 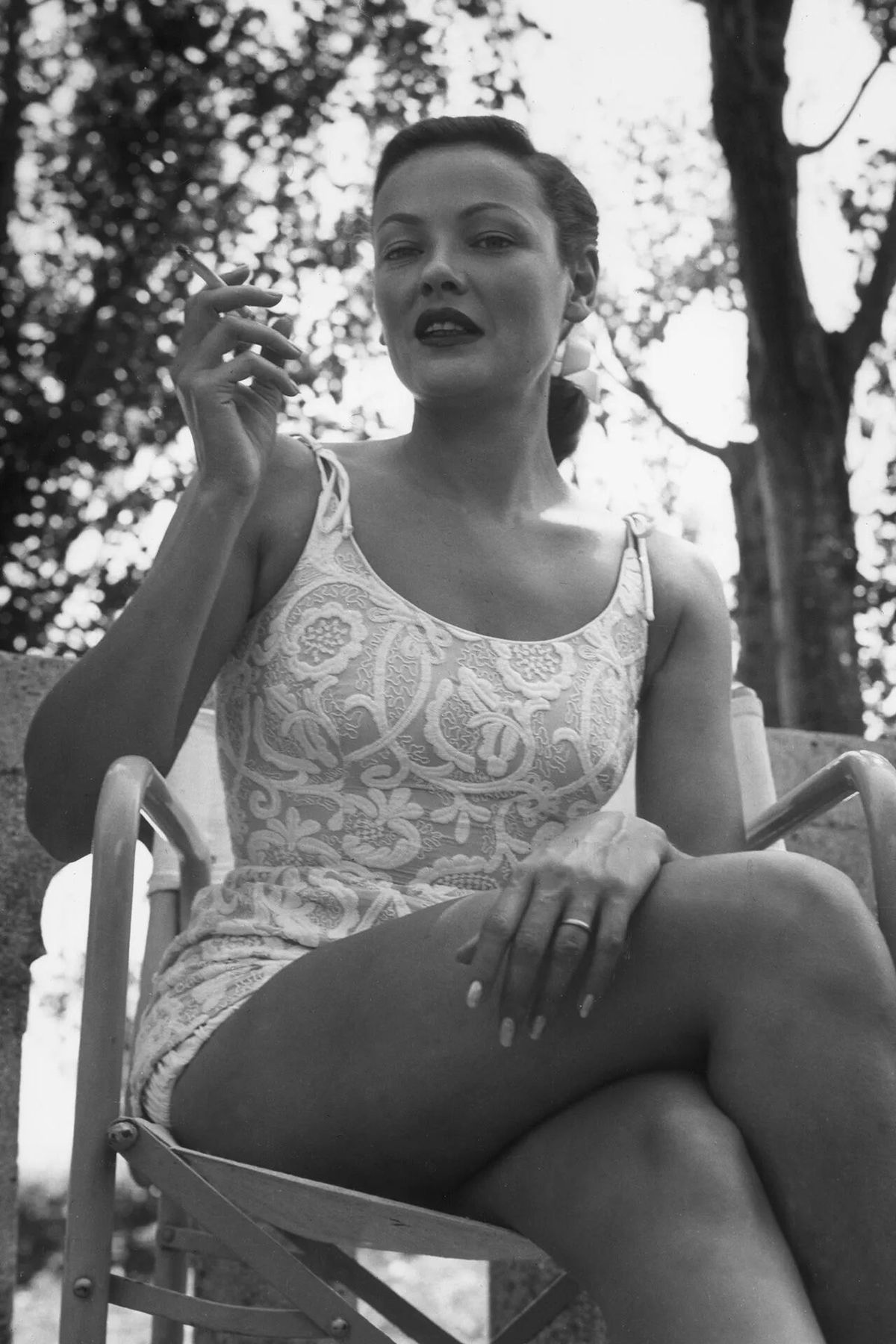 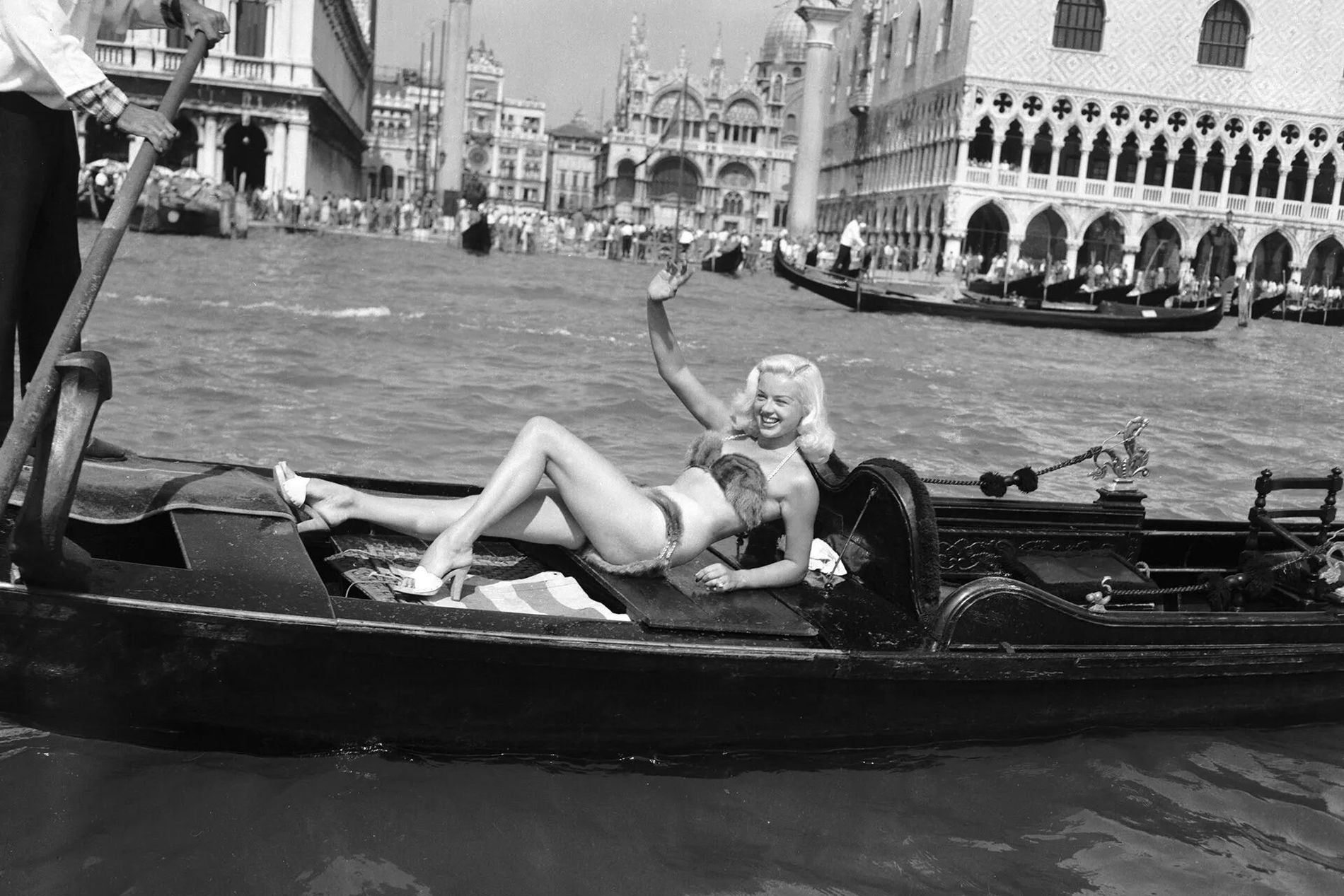 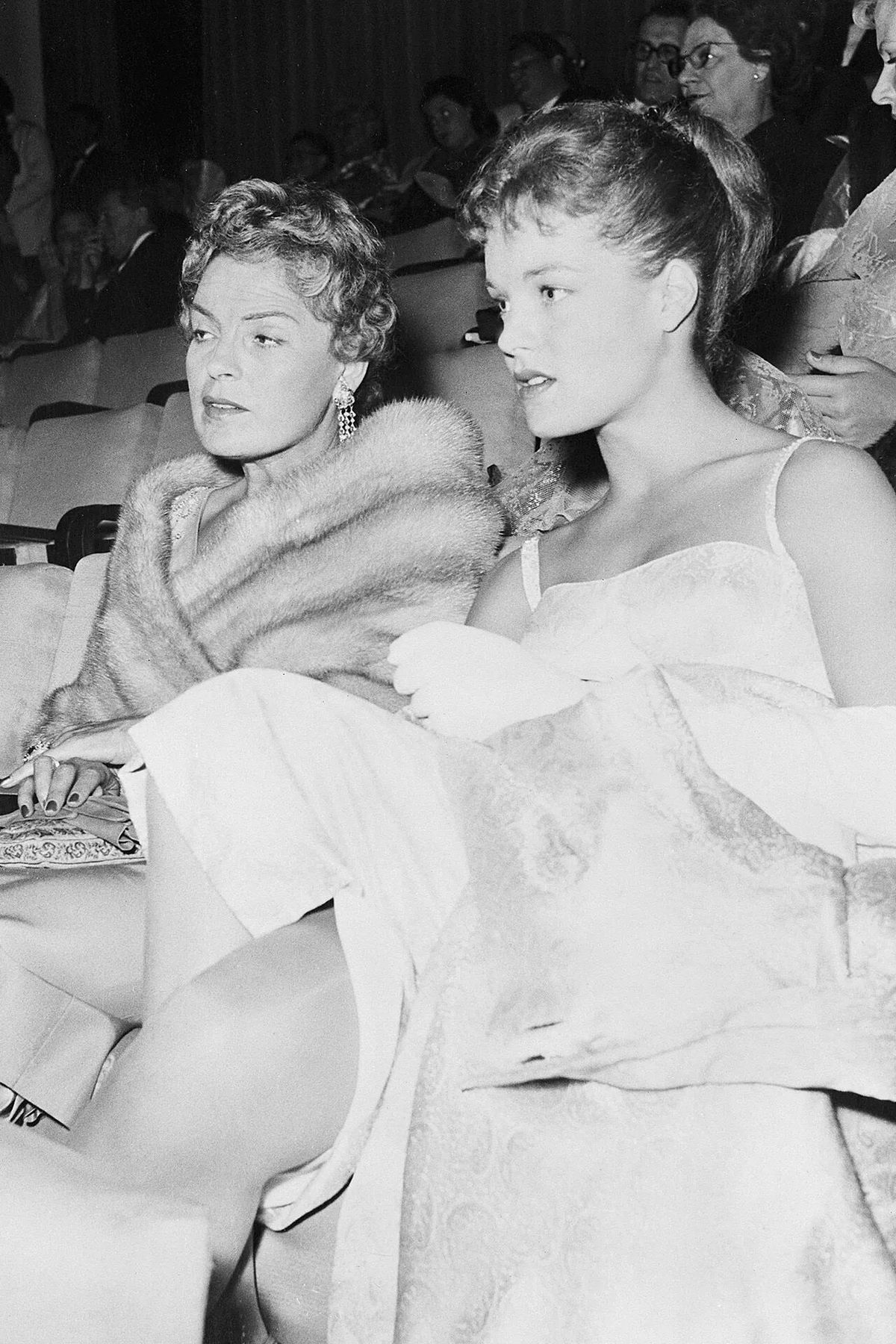 Austrian actress Romy Schneider and her mother, stage and film actress Magda Schneider, attend a showing of the film Eye for an Eye at the Mostra del Cinema. 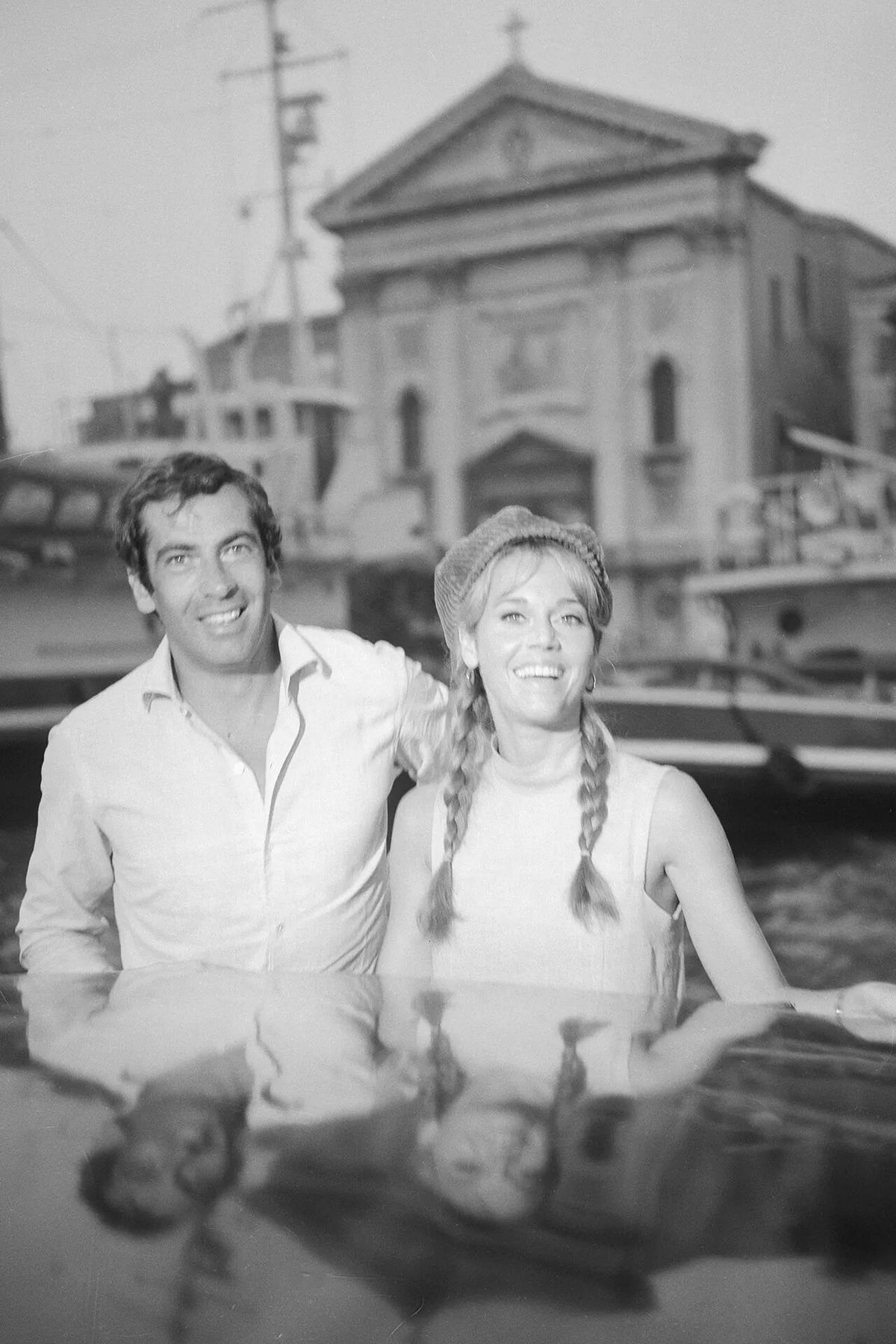 Jane Fonda and her husband, film director Roger Vadim, are all smiles as they arrive by motorboat. 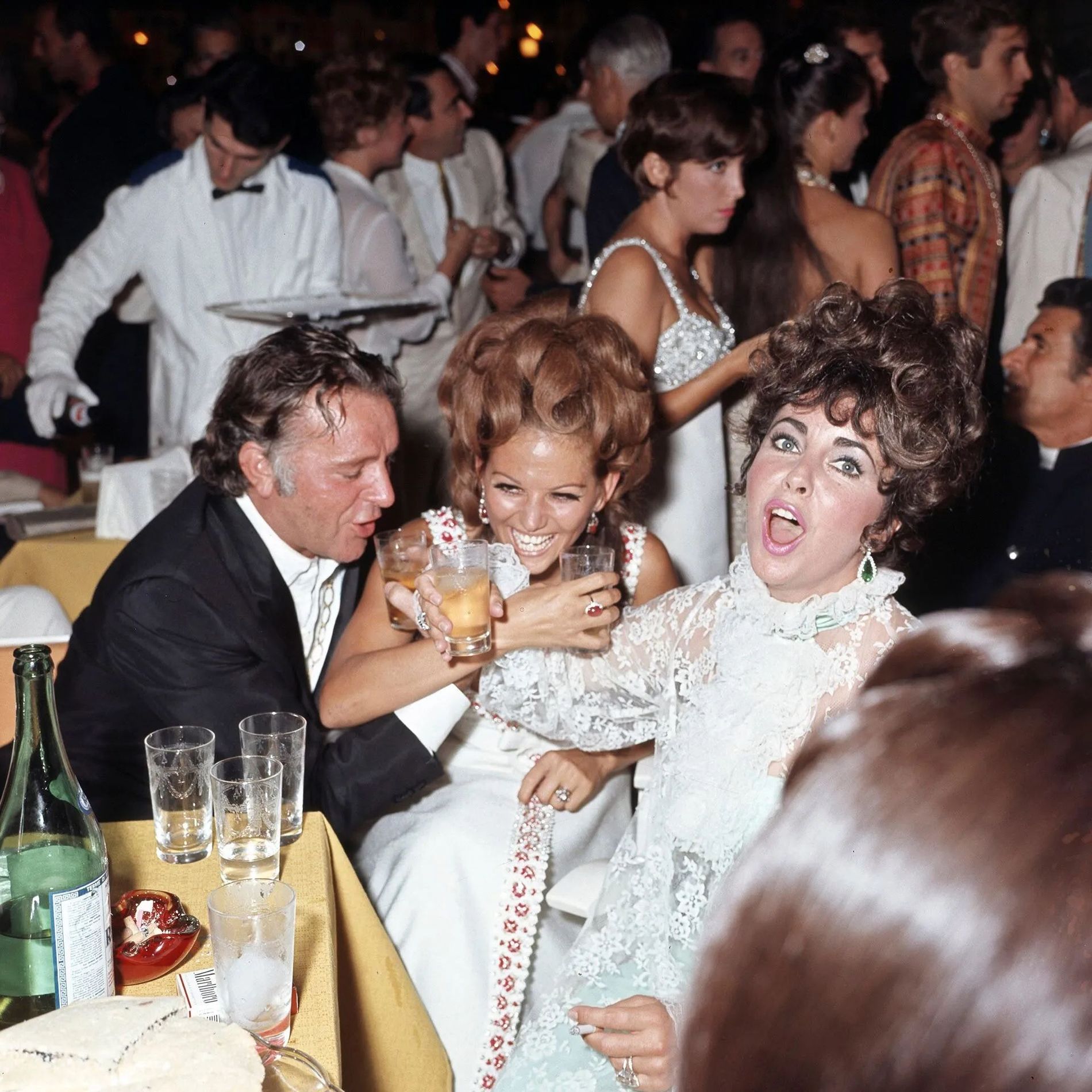 Richard Burton and Claudia Cardinale smile while Elizabeth Taylor is caught off guard by the photographer, the three enjoying a toast during a party at Vendramin Calergi Palace at the 28th Venice Film Festival. 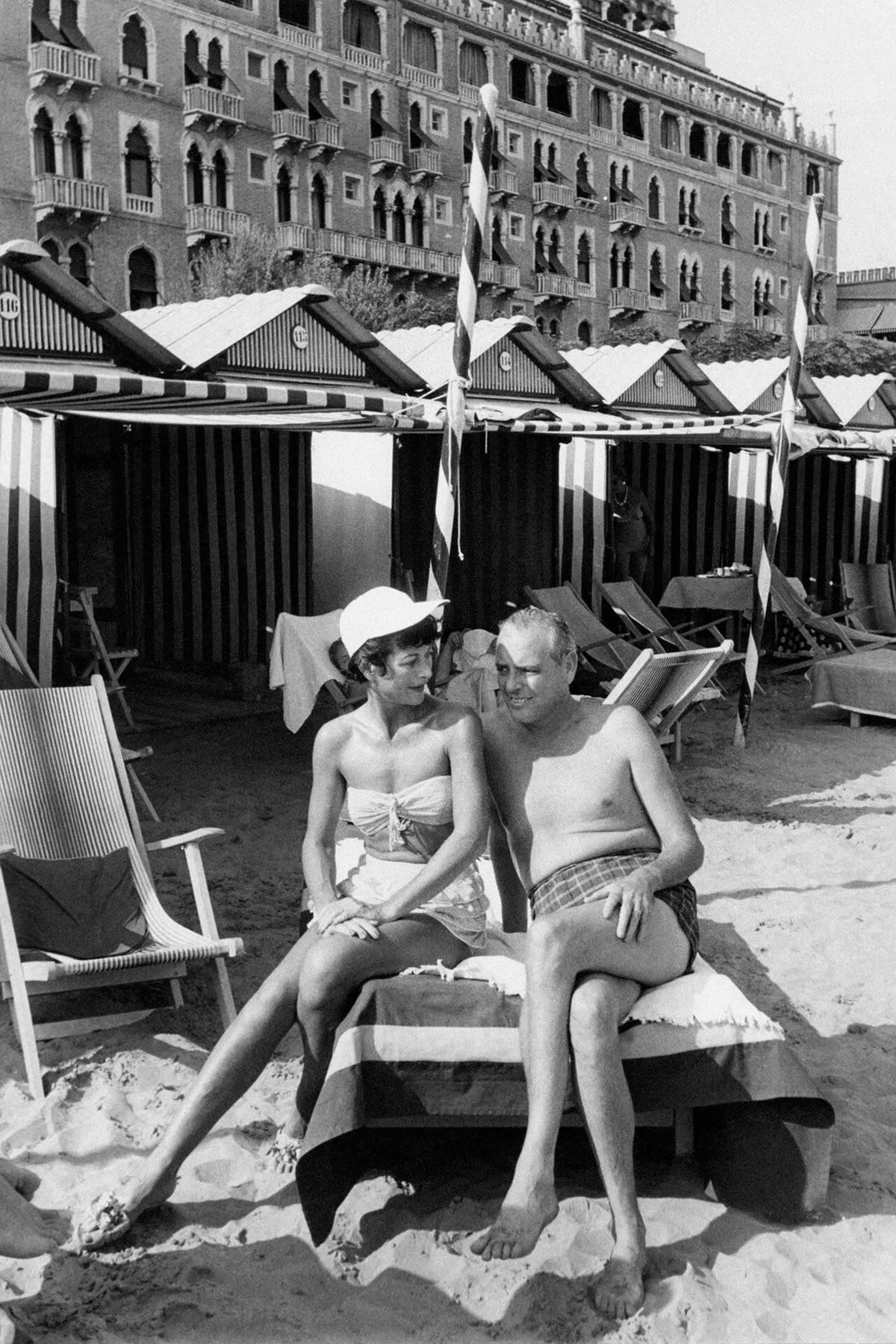 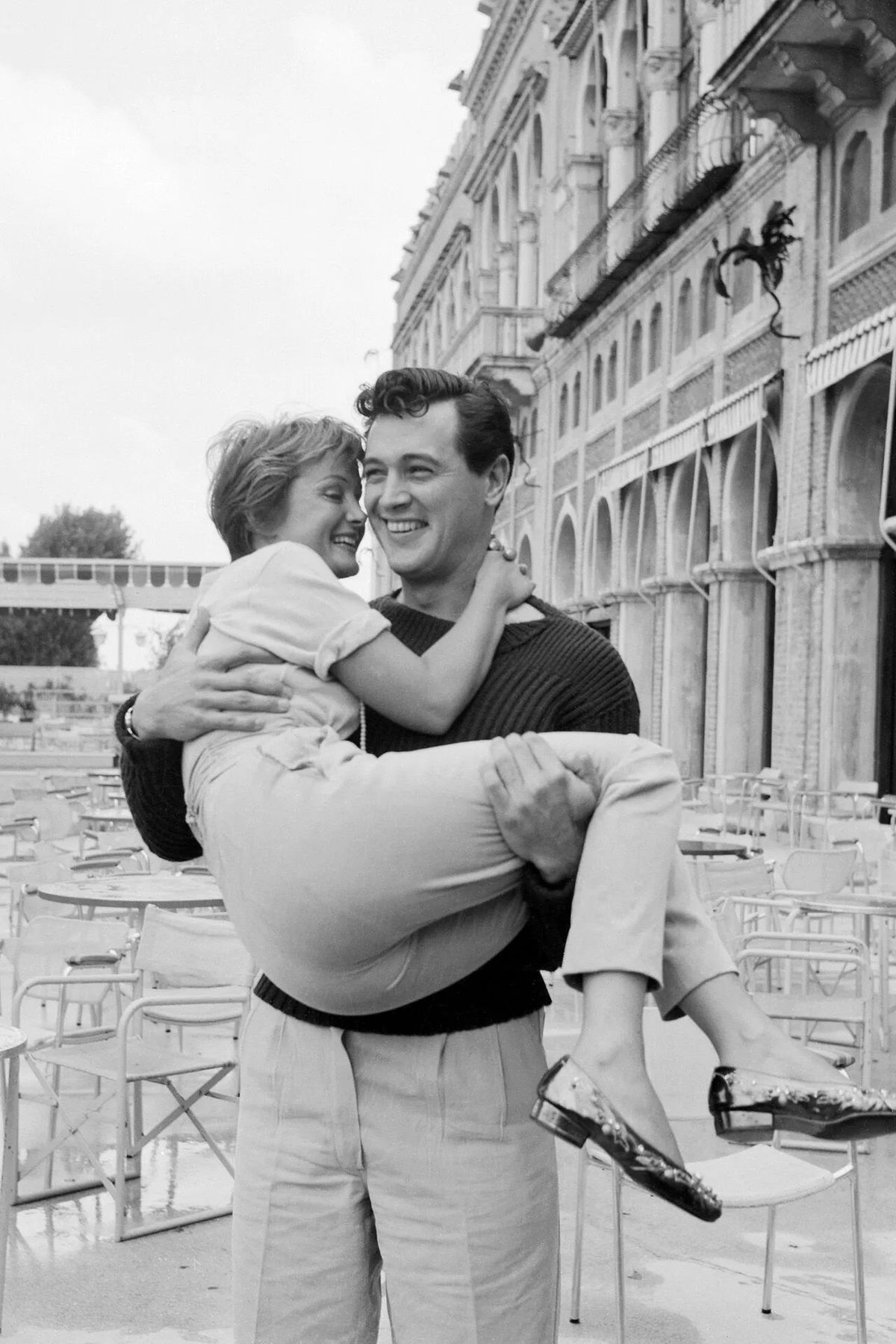 The Italian actress and sculptor is caught during a sudden downpour in by American actor Rock Hudson. 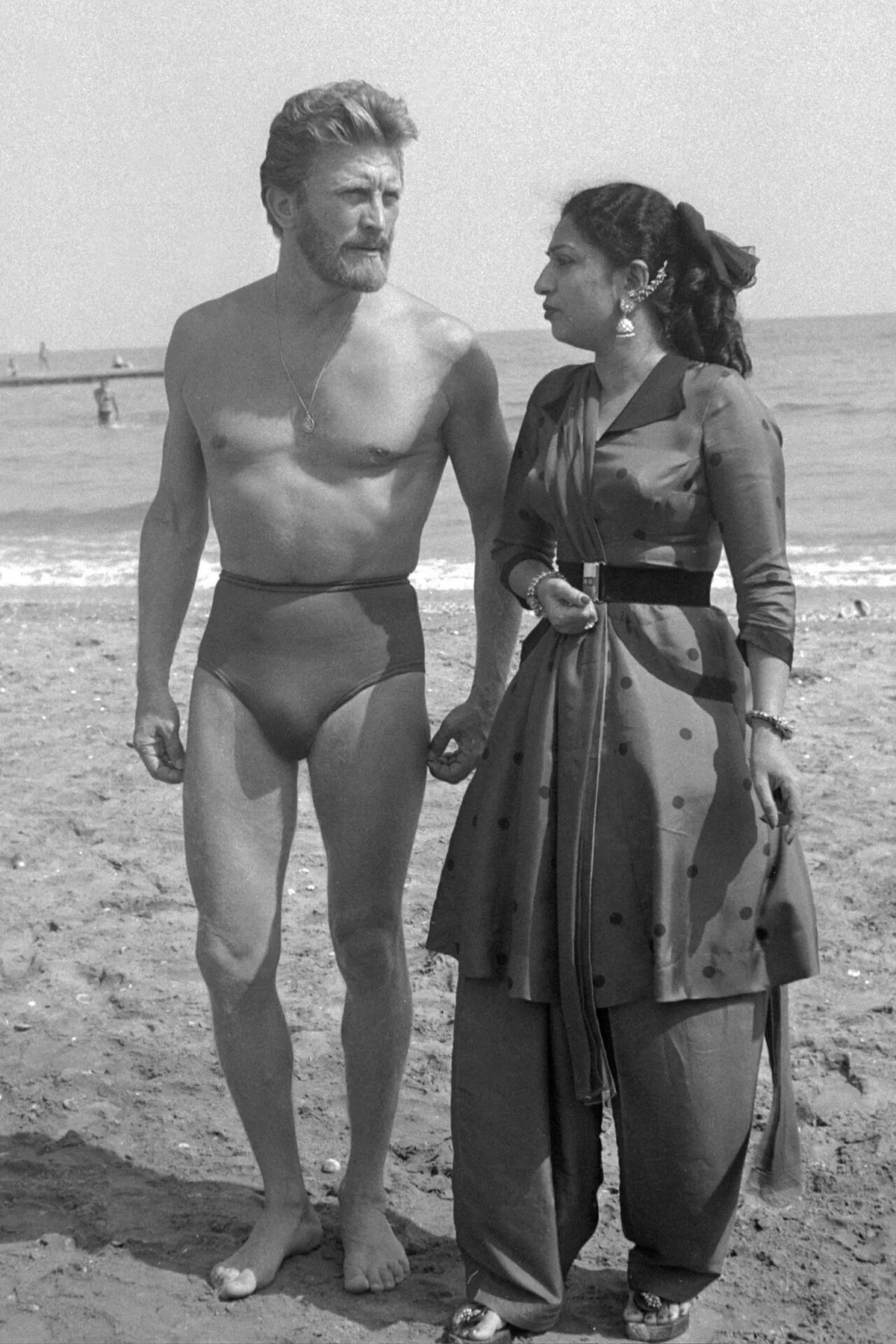 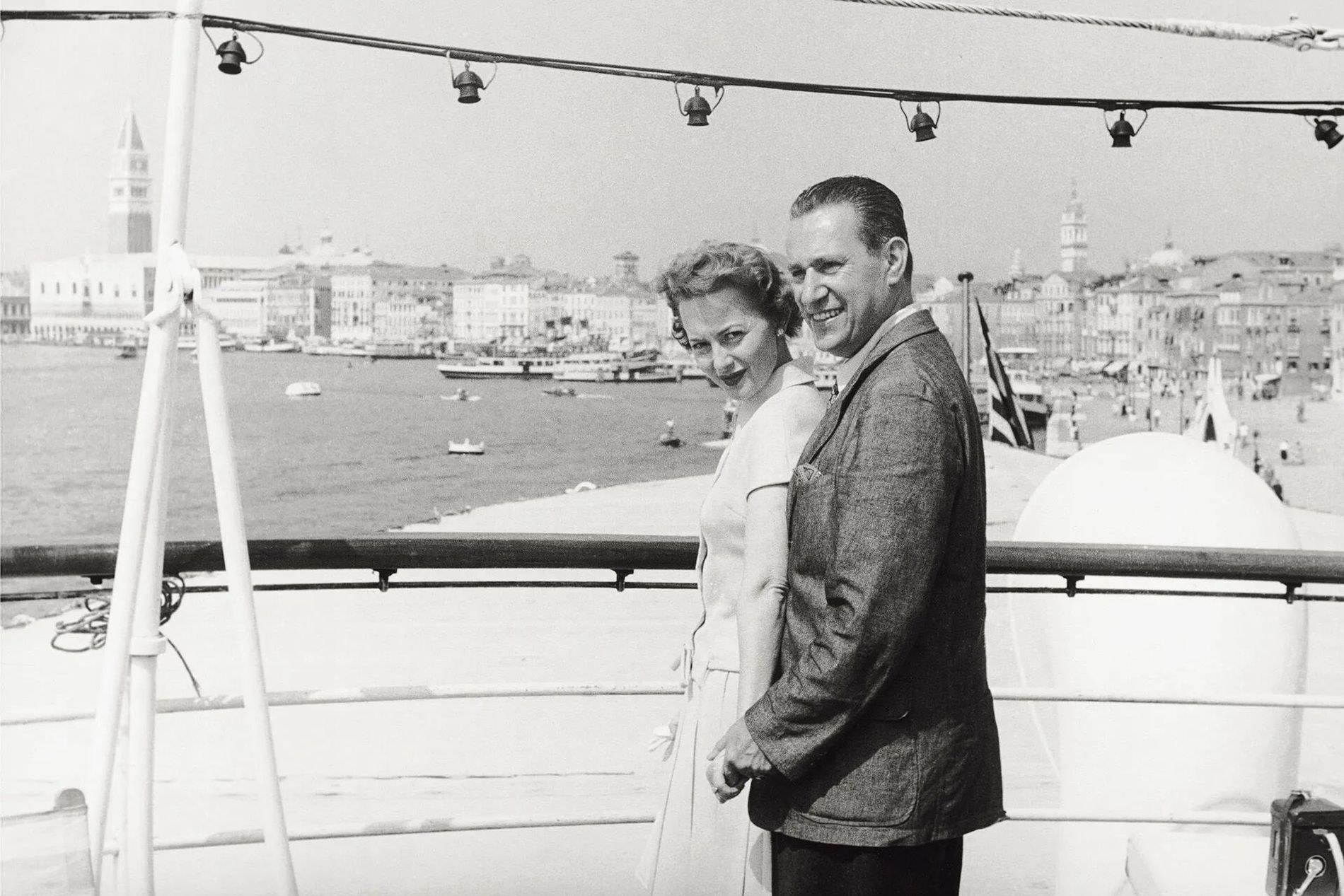 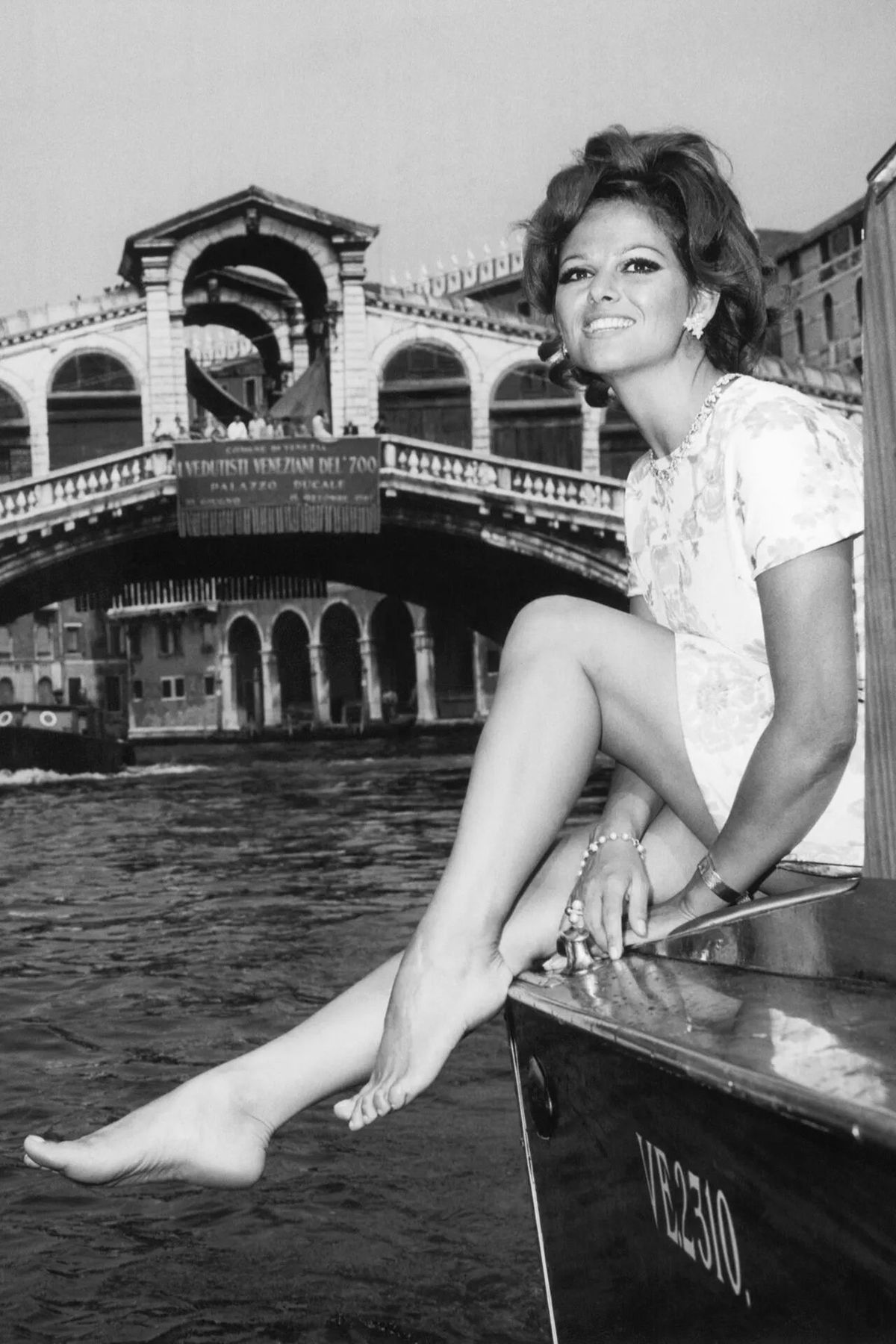 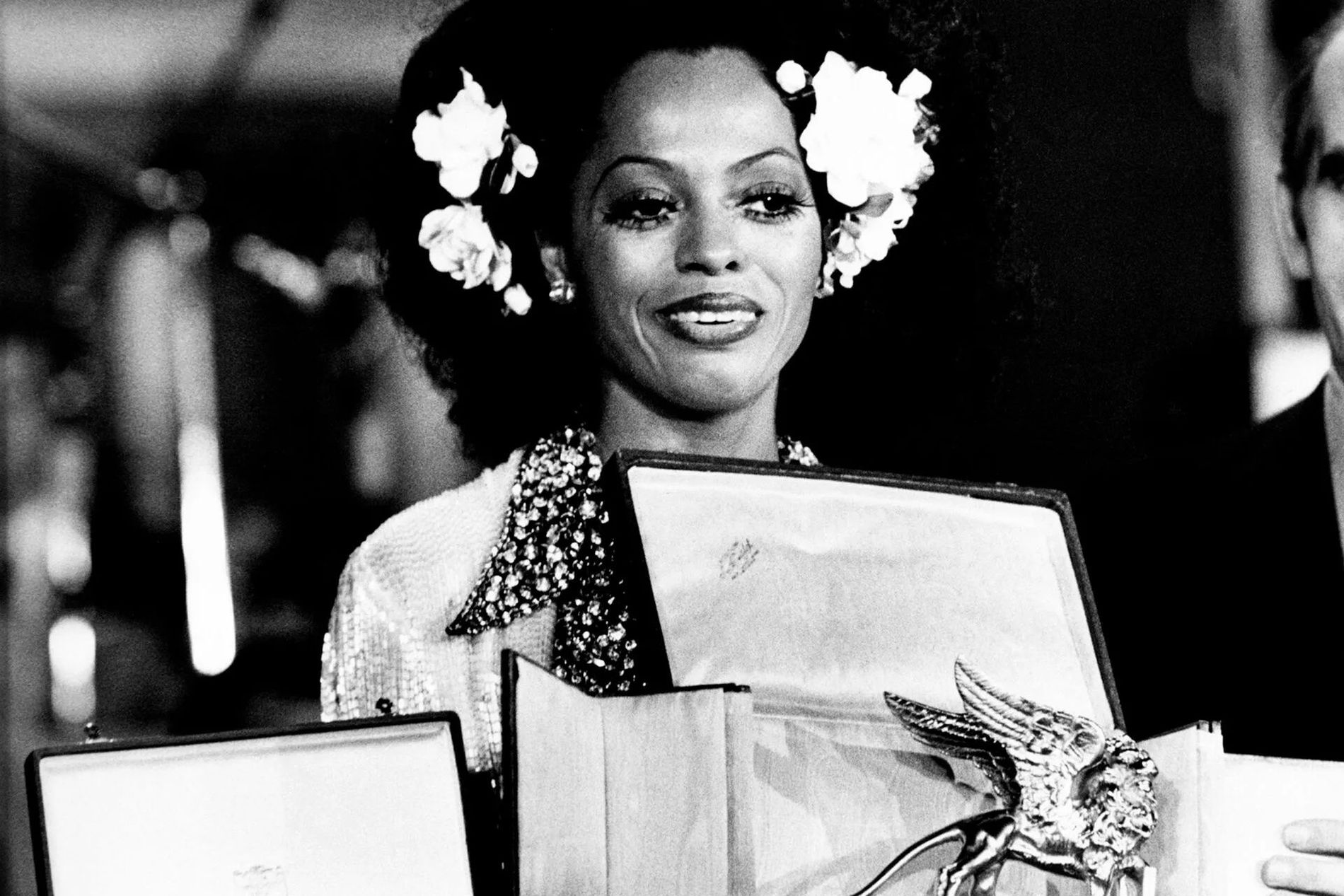 Diana Ross with the statue of the ‘Golden Lion’ (Il Leone D’oro) at the Venice Film Festival, during the award ceremony for the film Lady Sings the Blues. 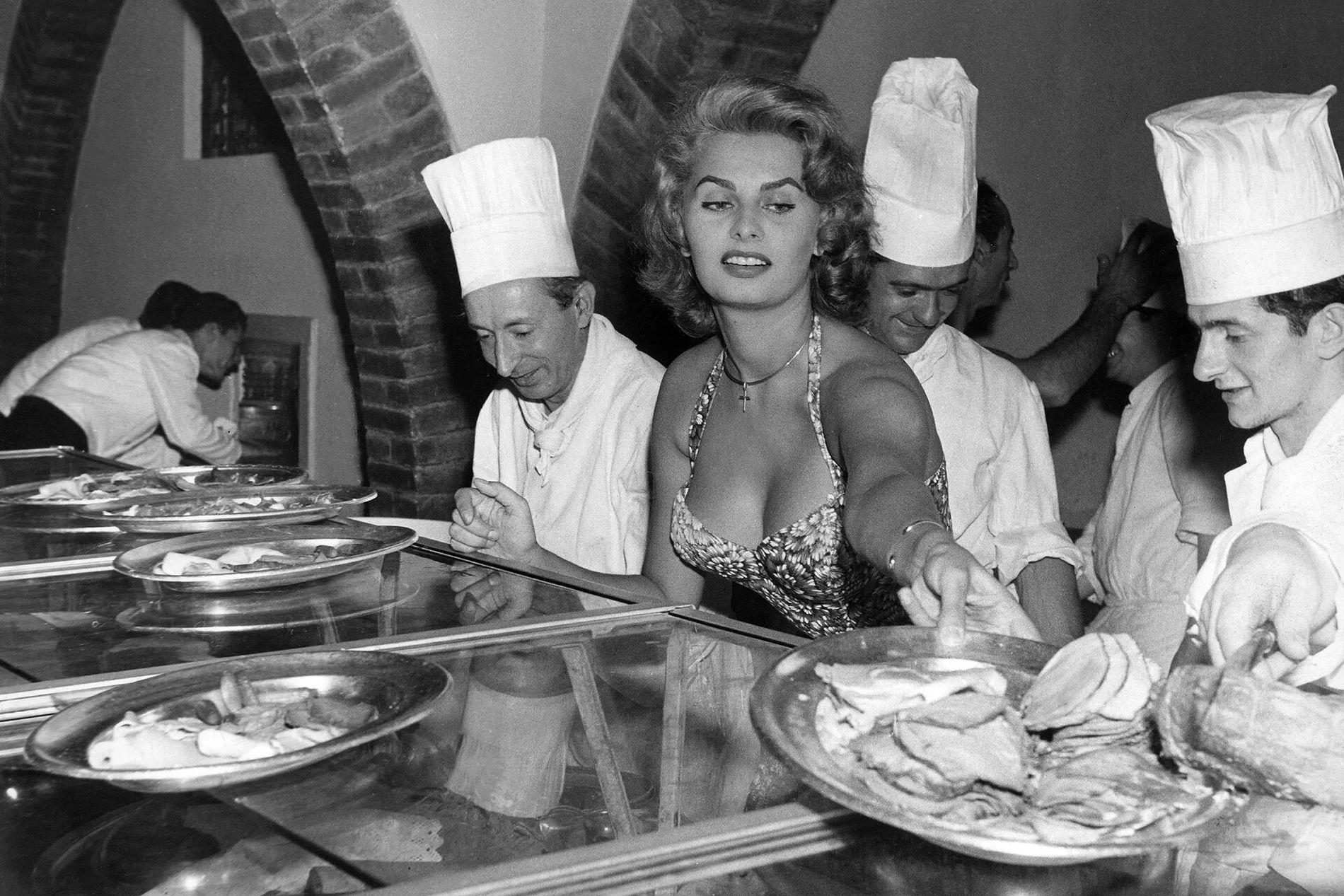 Sophia Loren is pictured in a restaurant at the Venice Film Festival, surrounded by kitchen staff. 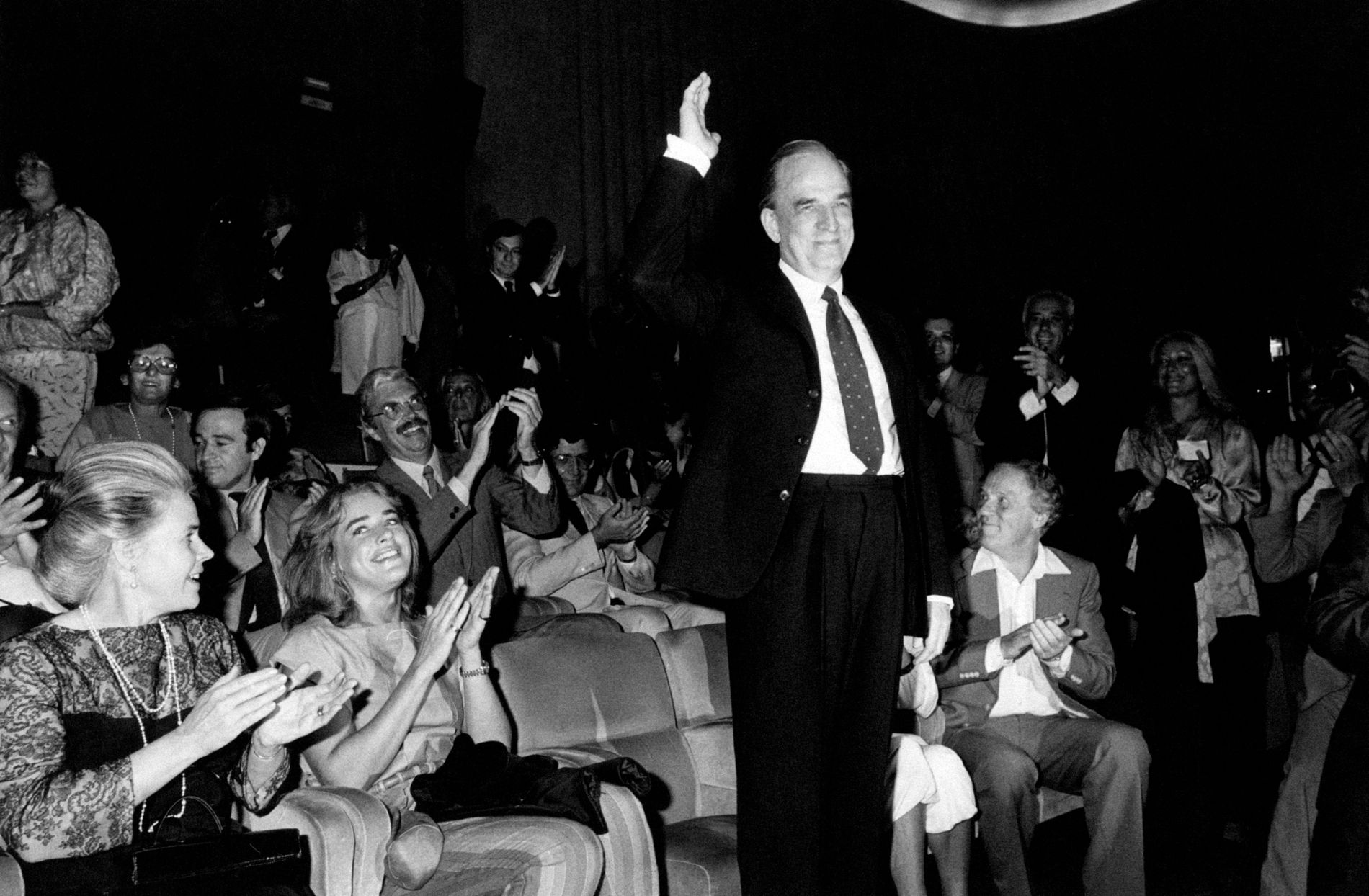