In a special shoot for Vogue Scandinavia, Mikko Puttonen showcases the most exciting designers coming out of Finland right now

In June of this year, I attended Fashion In Helsinki and it quickly became clear to me that the future of Finnish fashion is brighter than ever. I also walked away knowing that I wanted to do a shoot featuring the rising stars of the Finnish fashion scene. One month later, photographer Lucas Ruska Martin and I checked into the Hanaholmen hotel, which is part of the Hanaholmen Swedish-Finnish Cultural Centre. The site, located just 10 minutes from Helsinki city centre in the Finnish archipelago, is an intersection of art, design and architecture, in perfect harmony with nature.

The Swedish-Finnish Cultural Centre and conference hotel were built to develop cooperation between the two countries after Sweden decided to cancel the 100 million Swedish kronor wartime debt during Finland’s 50th jubilee year in 1967. Jointly managed by the two countries, the centre was opened on 1 June 1975 by HM King Carl XVI Gustaf of Sweden and Finland's President Urho Kekkonen. The building's iconic design was created by architect Veikko Malmio, while the new interior was designed by Jukka Halminen and his team at Koko3, paying attention to the original 1970s style but adding some new touches such as pillows, sofas and textiles by Svenskt Tenn. 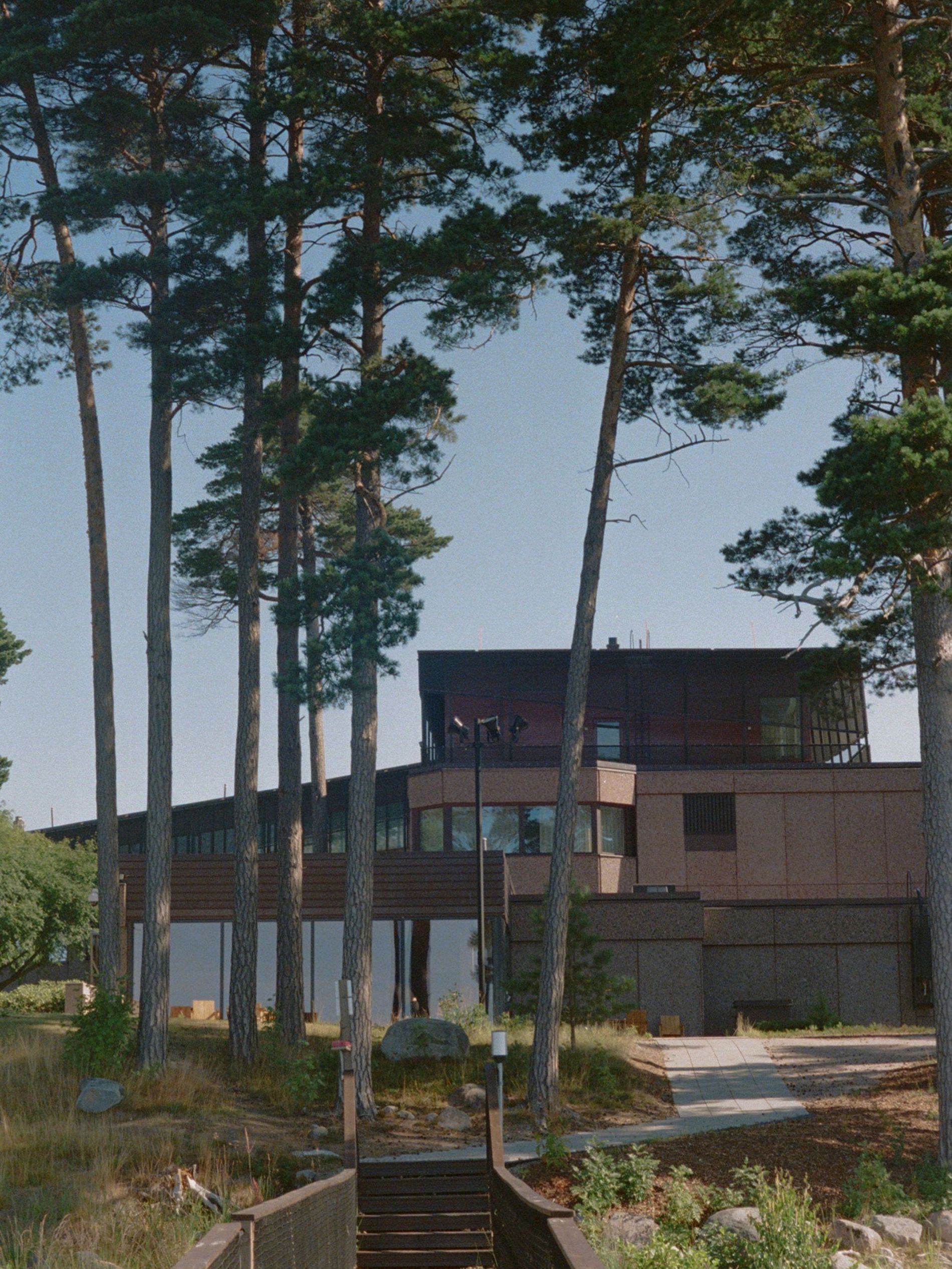 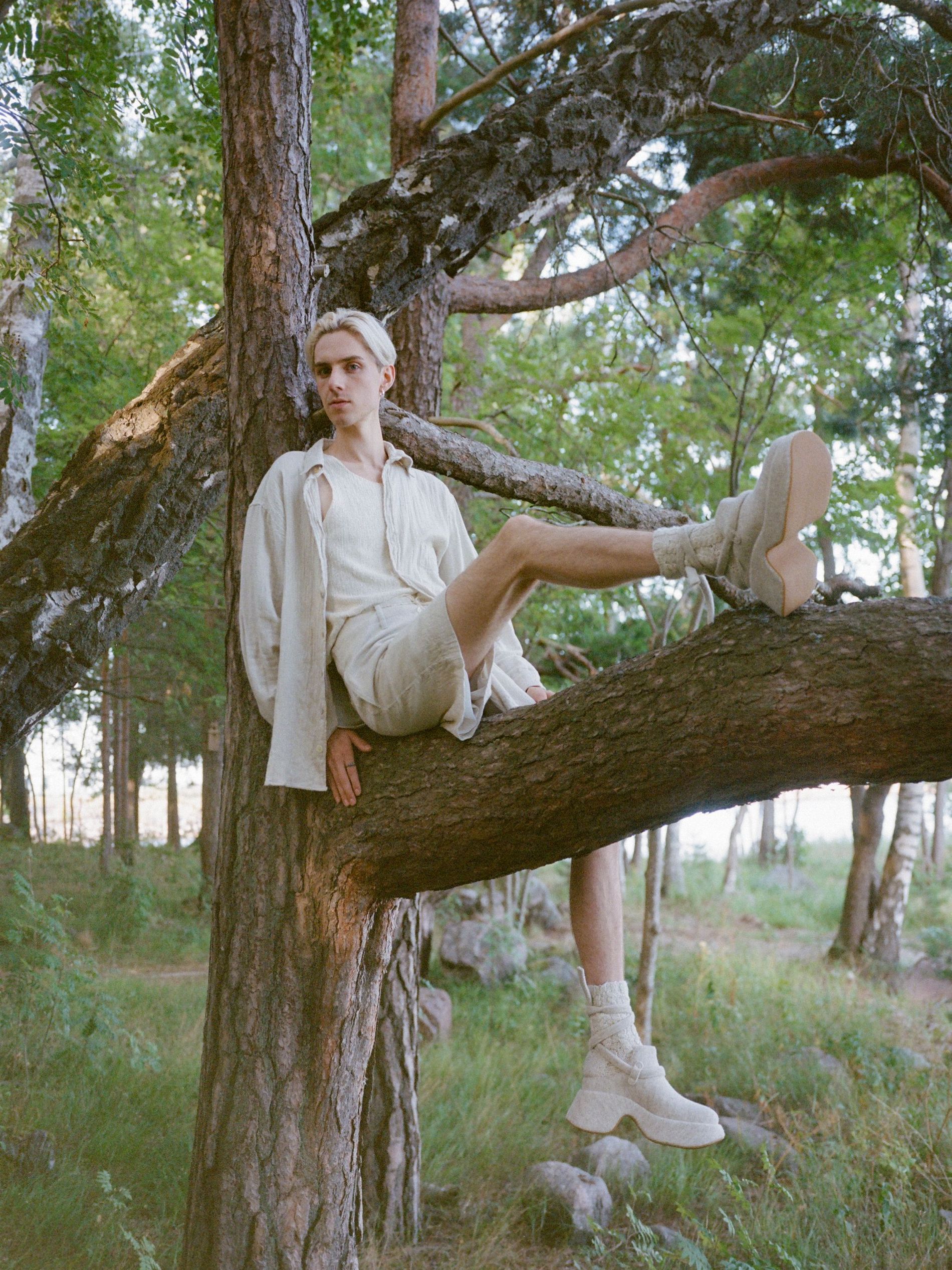 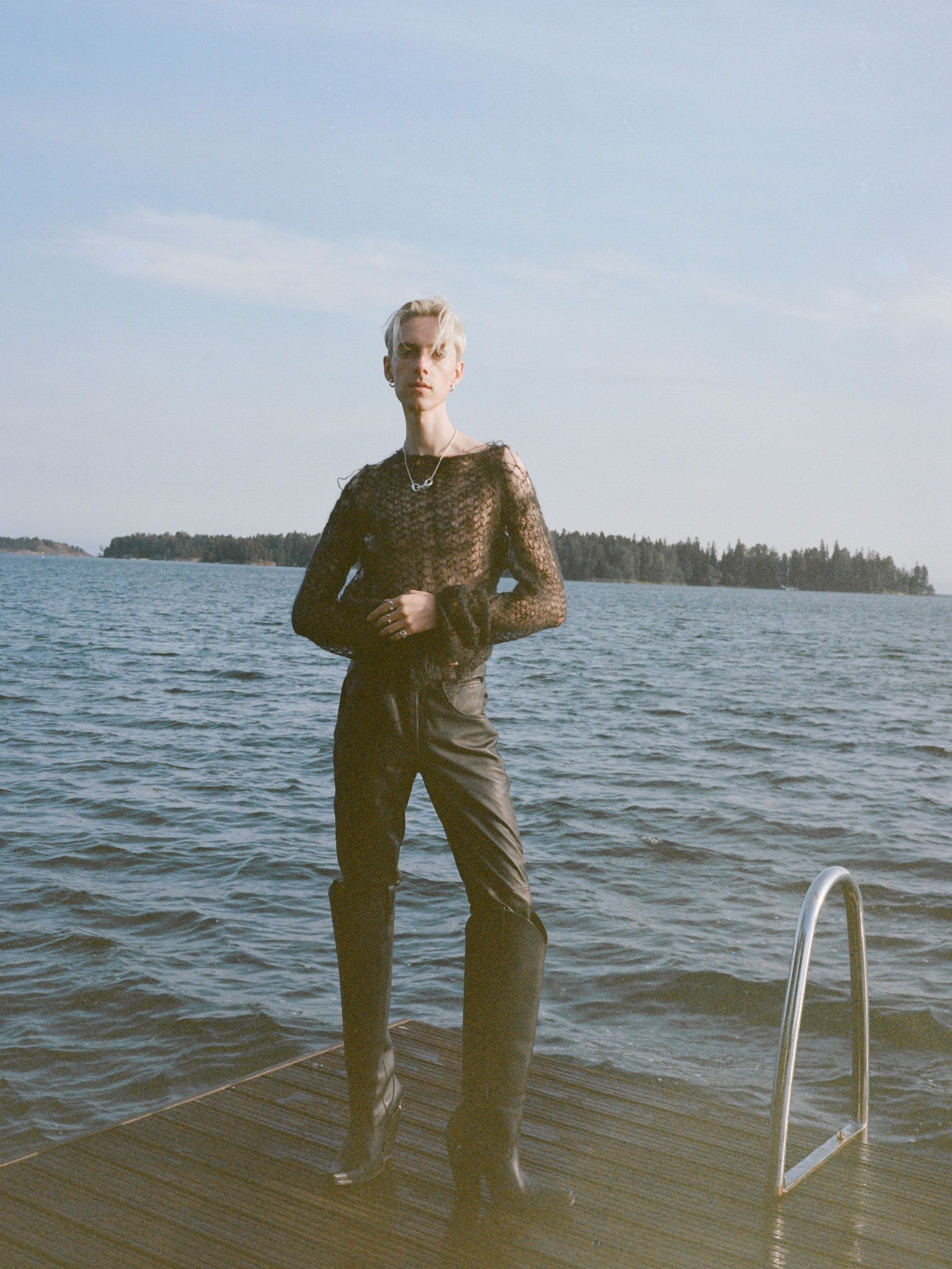 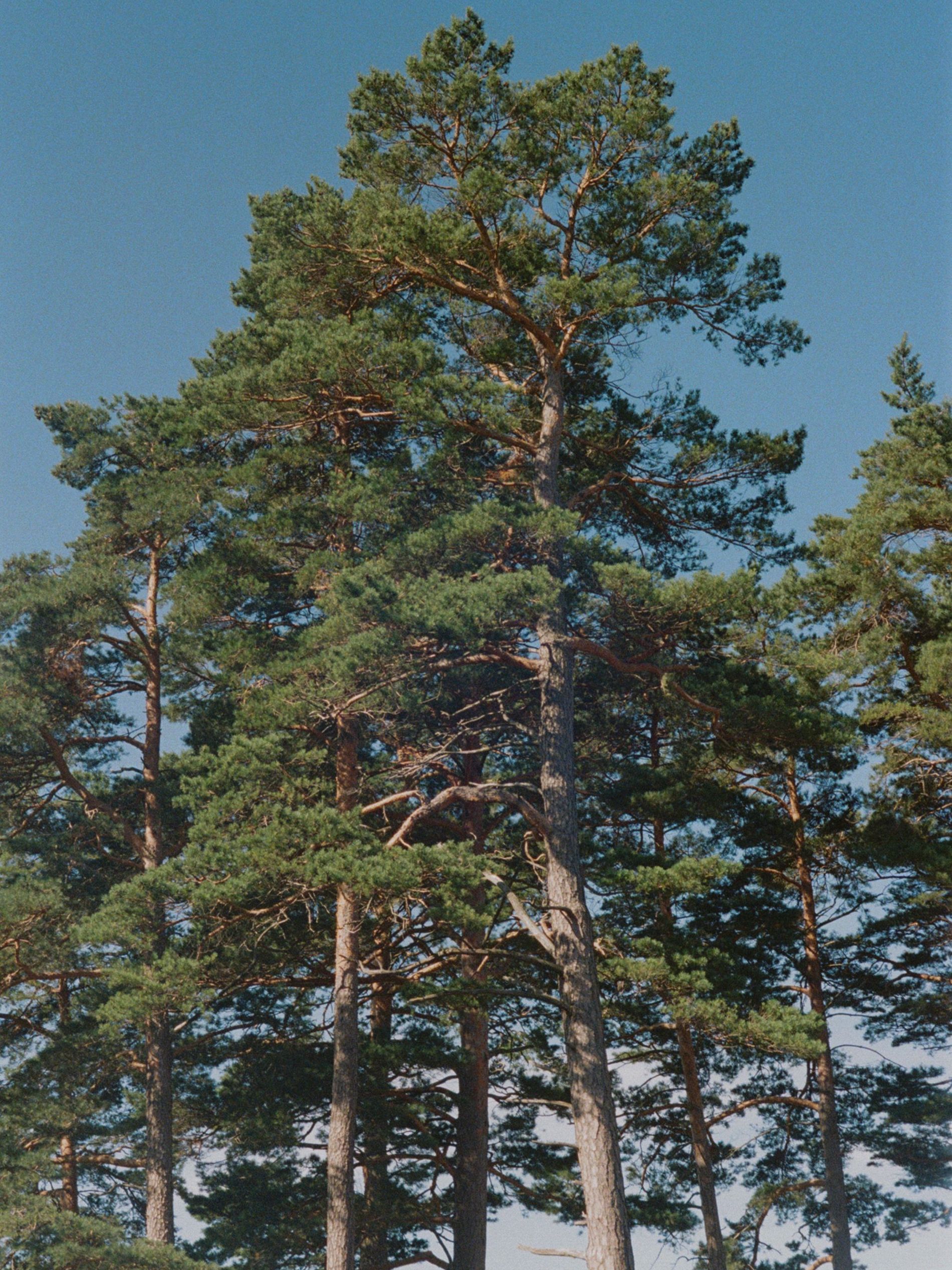 During our stay, we got to join the guided art and wine tour and learnt more about the history of the building in addition to someinteresting stories. During the opening, HM King Carl XVI Gustaf of Sweden, President Kekkonen and Malmio were the first ones to use the sauna. Afterwards Malmio just jumped into the pool, even though following royal protocol the king was supposed to be the first to swim in the new pool.

For this story, I wanted to have an all-Finnish styling so I went for brands such as Latimmier, The Fnrm, and Vain, and Aalto designers such as Jarno Kettunen, Hanna-Lotta Hanhela and Yoonsik KimMikko Puttonen 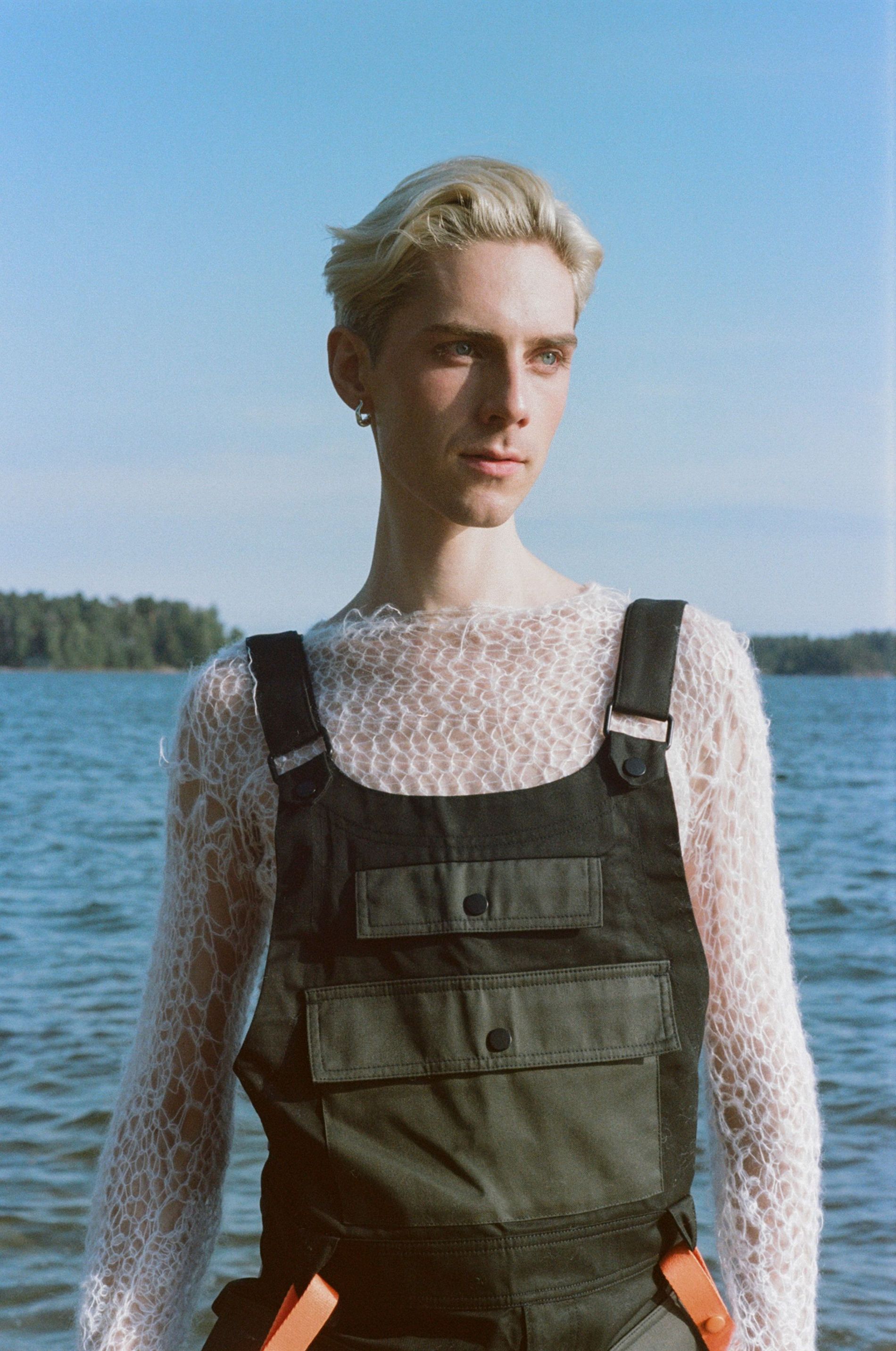 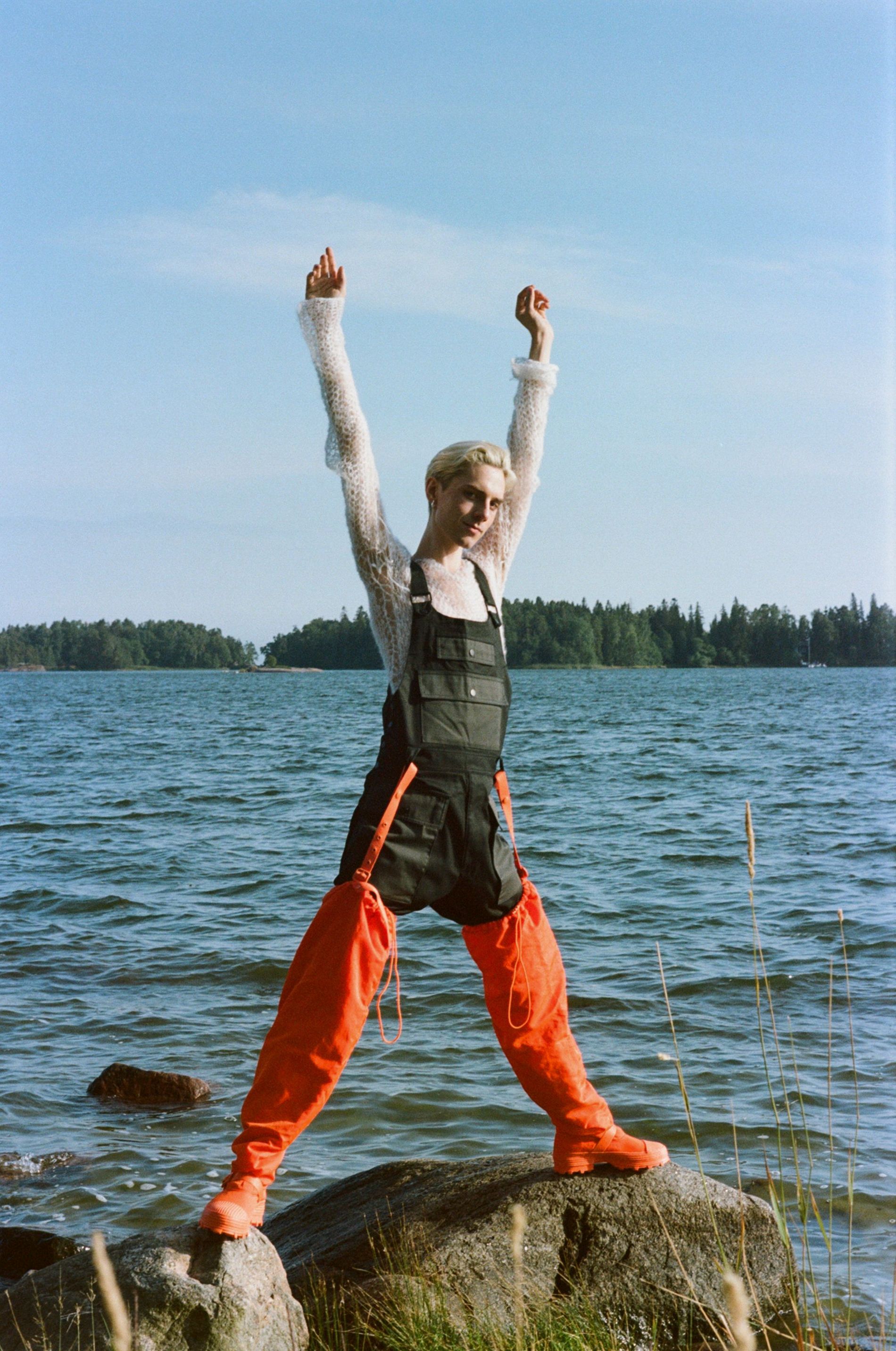 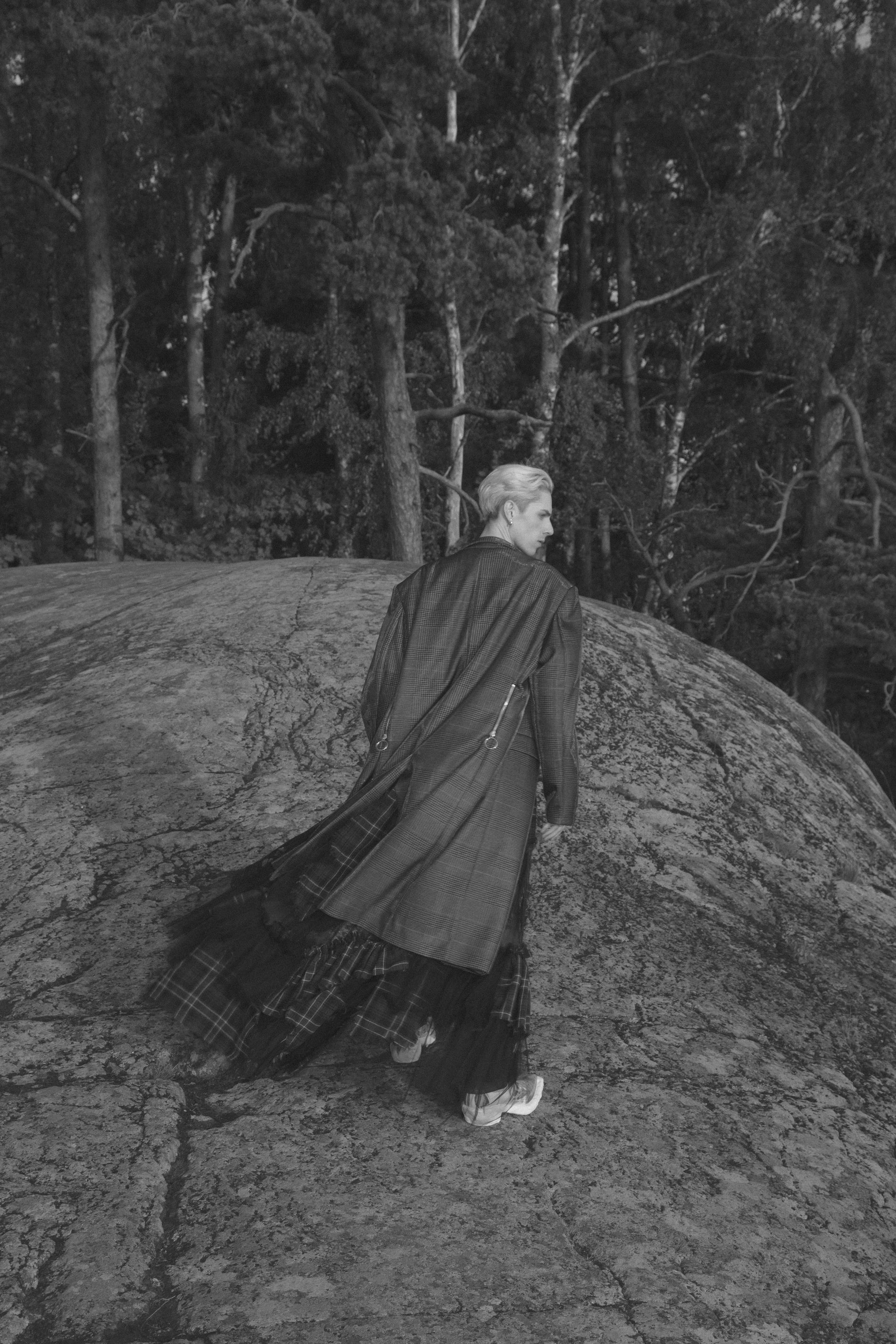 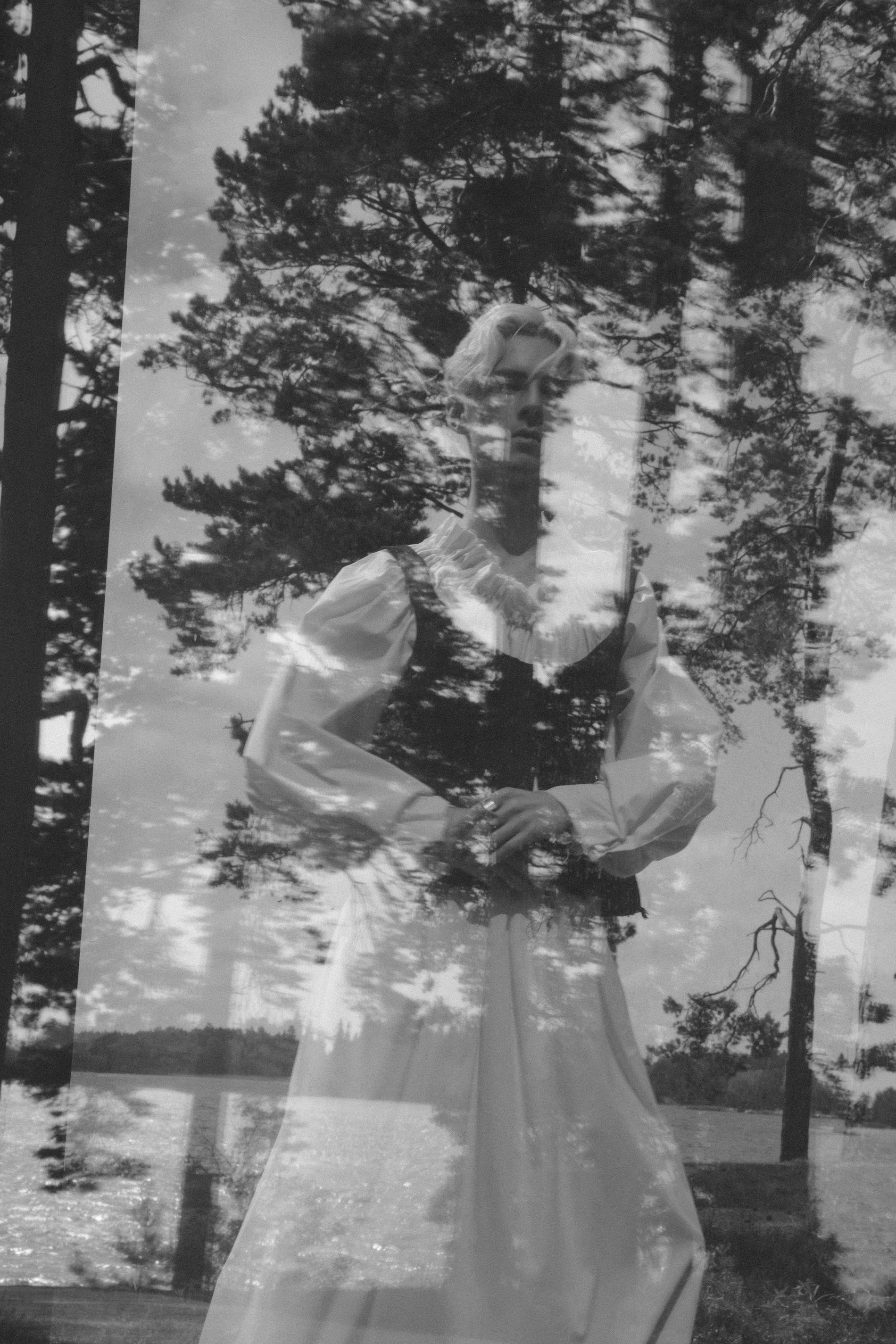 The sauna and pool area were later restored and they still match the original design today. It’s my favourite part of the complex so of course we started our shoot there. We went with an all white futuristic look by Jarno Kettunen that perfectly matched the white round Eero Aarnio chairs. Rumour has it that the chairs float in the water and every now and then someone gets the idea to throw them into the pool.

Another highlight of the hotel is the different gifts from fellow Nordic countries to Finland in 2017 to mark 100 years of the country’s independence. For example, the gift from Denmark is a gorgeous wooden chair that was specifically meant for all Finns to enjoy and sit on. 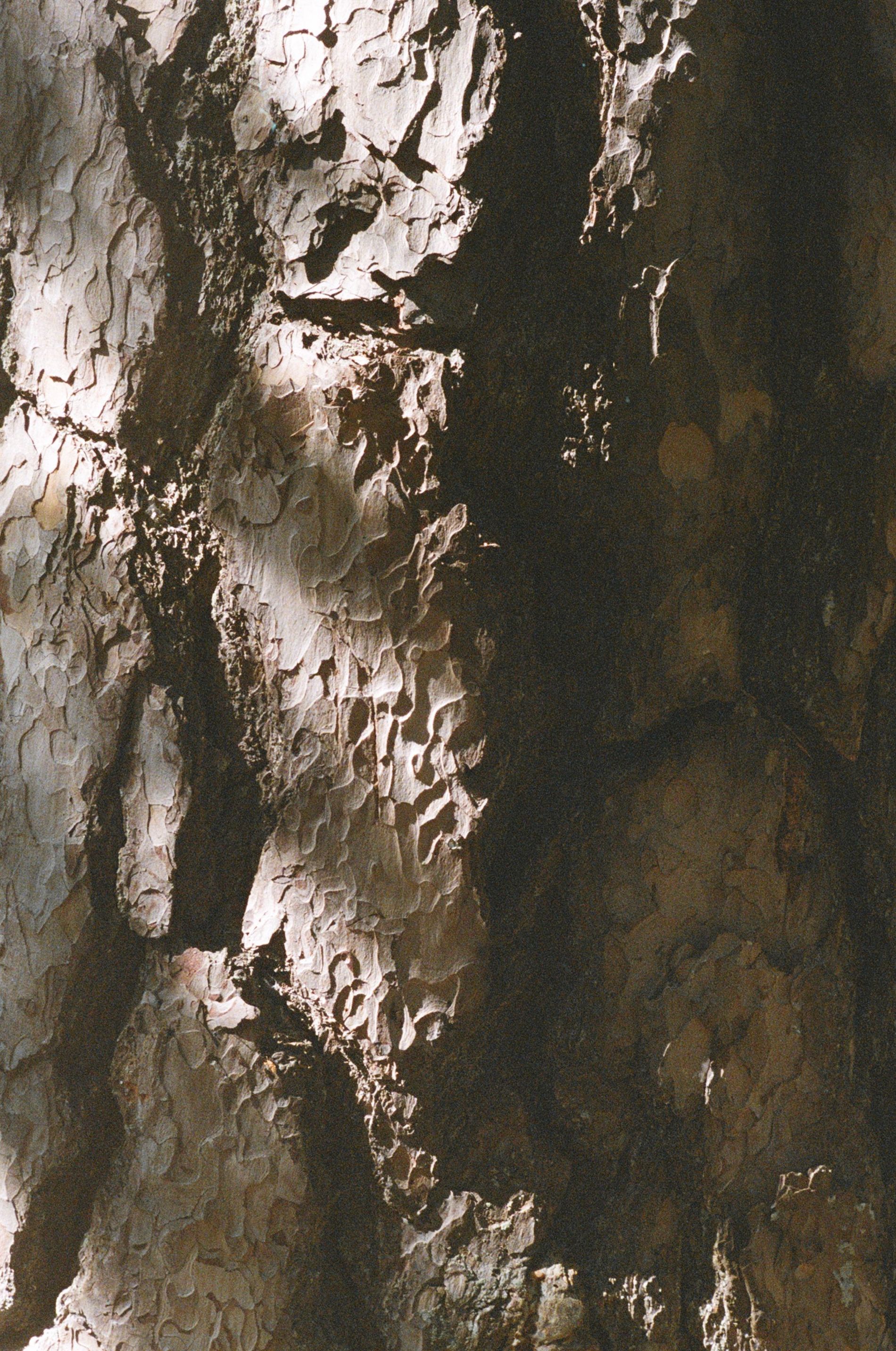 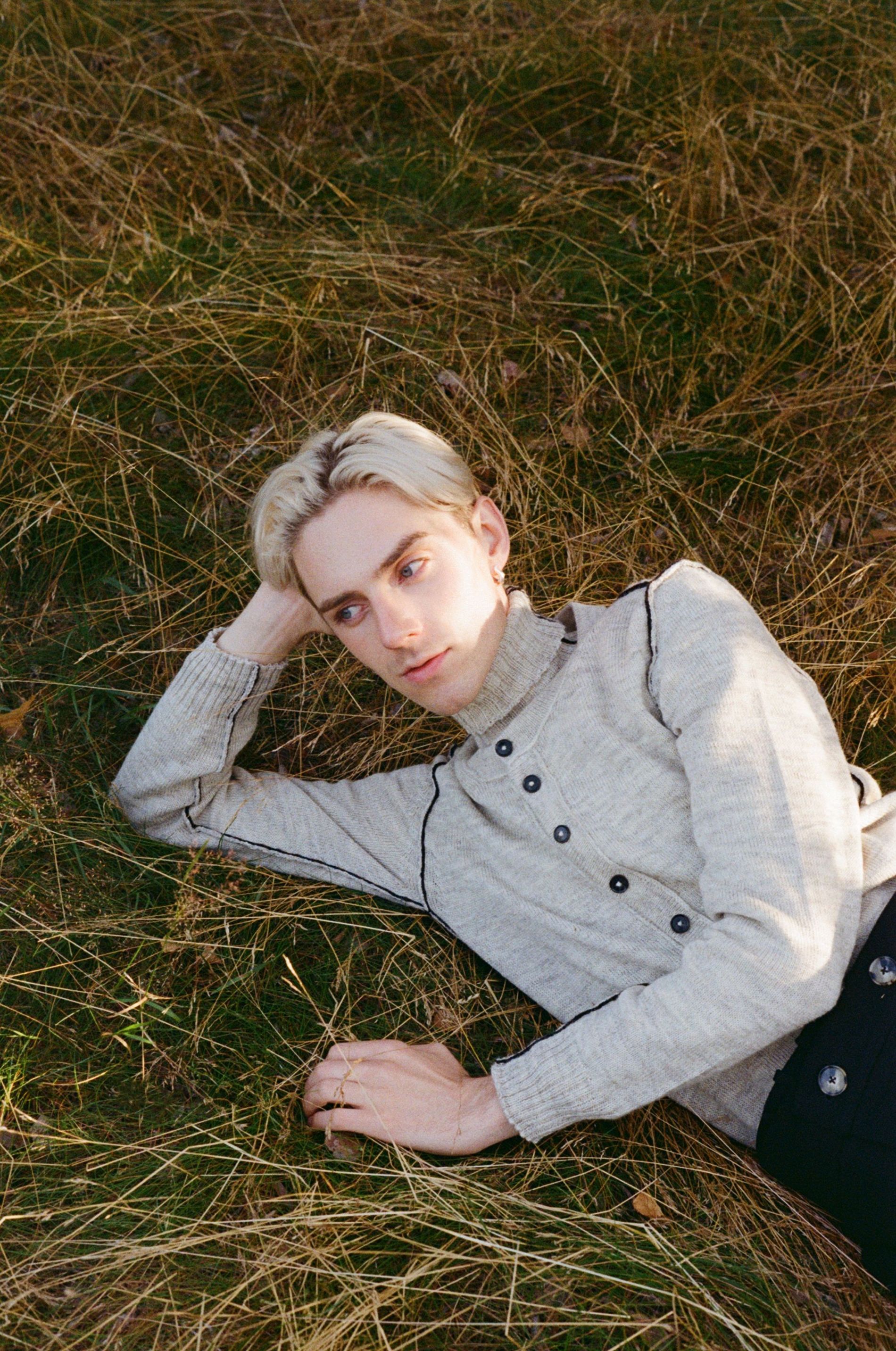 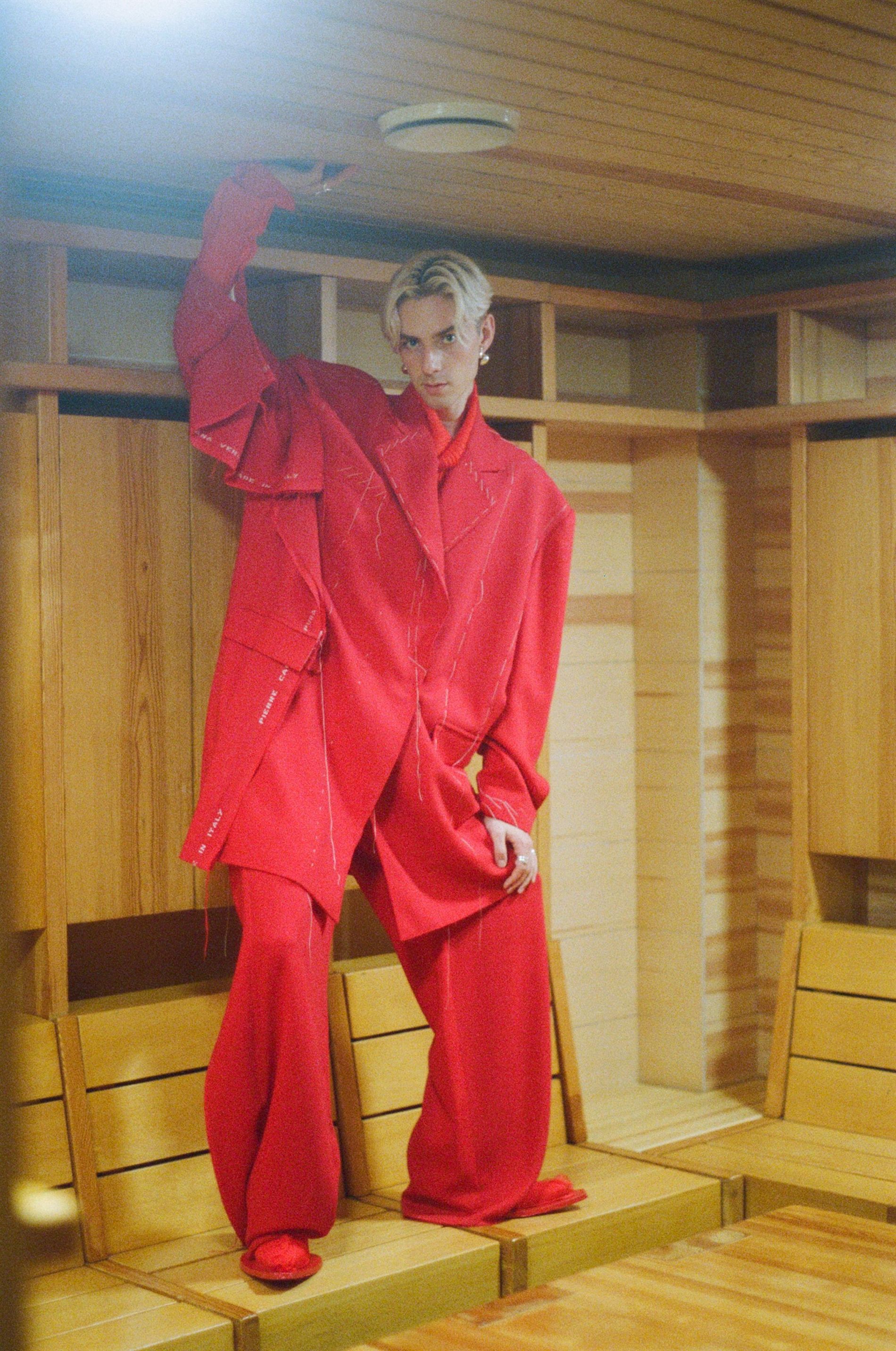 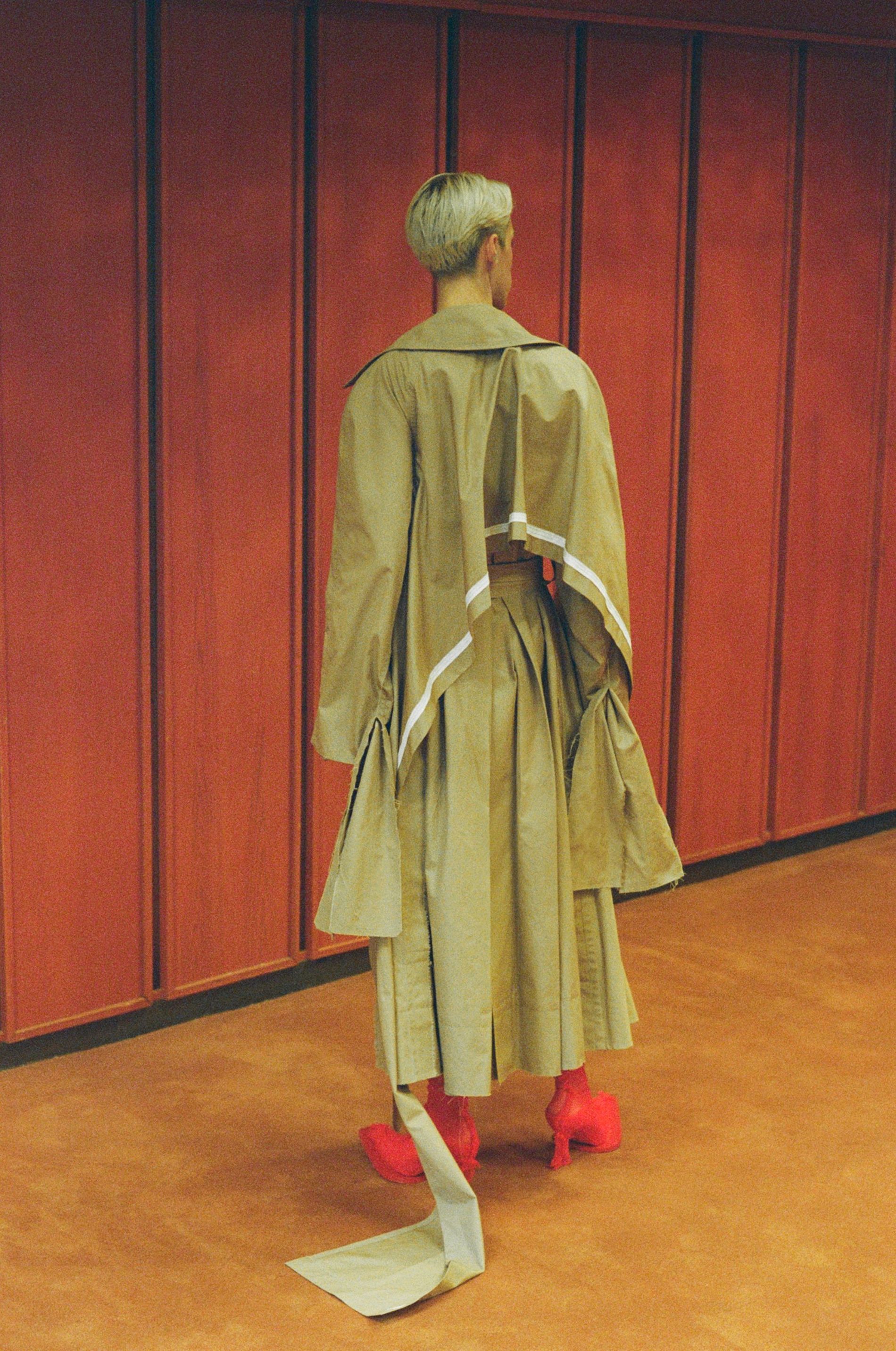 For this story, I wanted to have an all-Finnish styling so I went for brands such as Latimmier, The Fnrm, and Vain, and Aalto designers such as Jarno Kettunen, Hanna-Lotta Hanhela and Yoonsik Kim. I also added some jewellery from new brand Marea Seize, and from a collaboration between Yoonsik Kim and Keski-Pomppu. In the styling I was combining different elements together that you can also find in perfect balance in the surrounding natural environment; hard and soft, feminine and masculine, romantic and raw.

In the styling I was combining different elements together that you can also find in perfect balance in the surrounding natural environment; hard and soft, feminine and masculine, romantic and rawMikko Puttonen 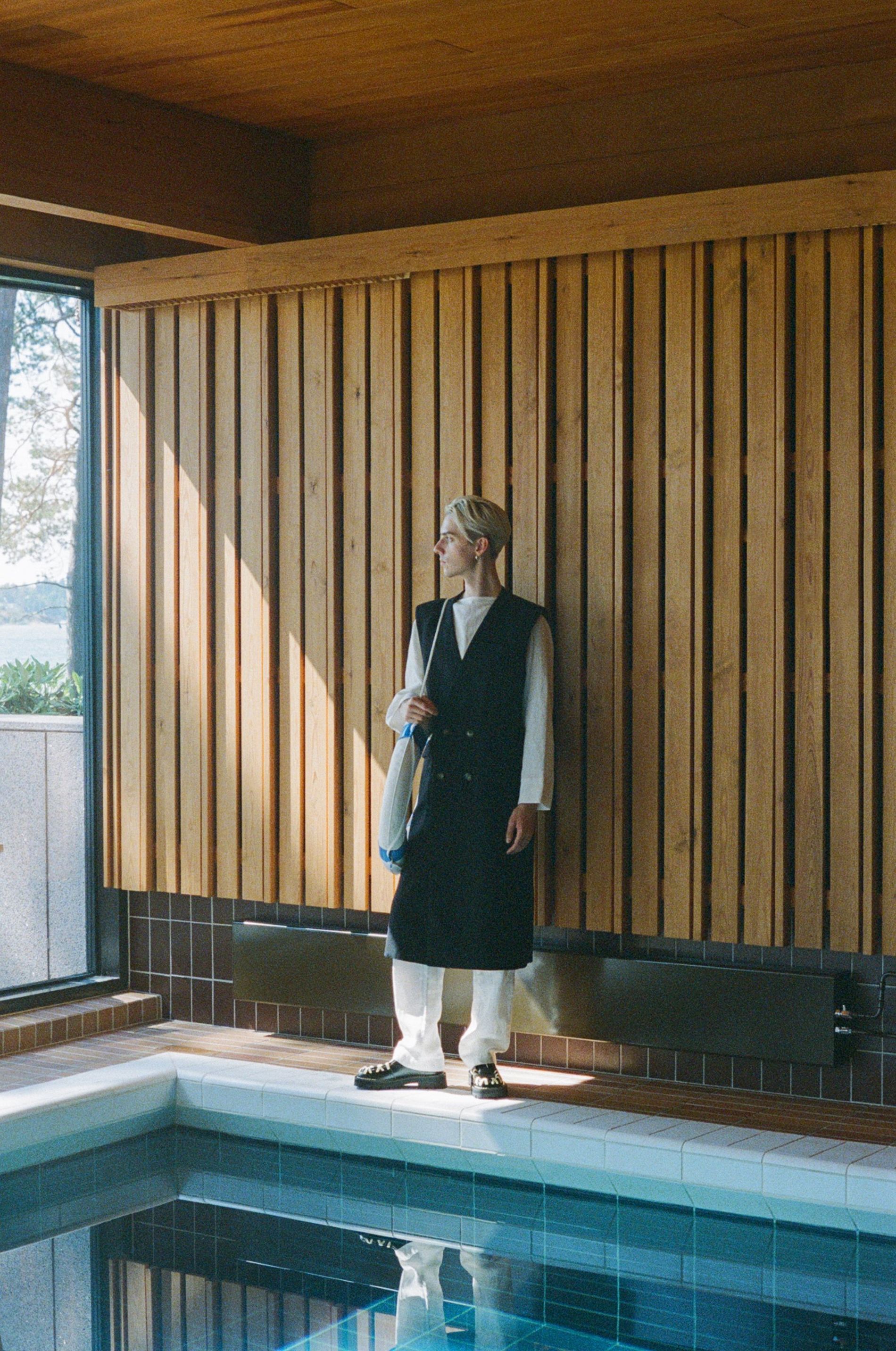 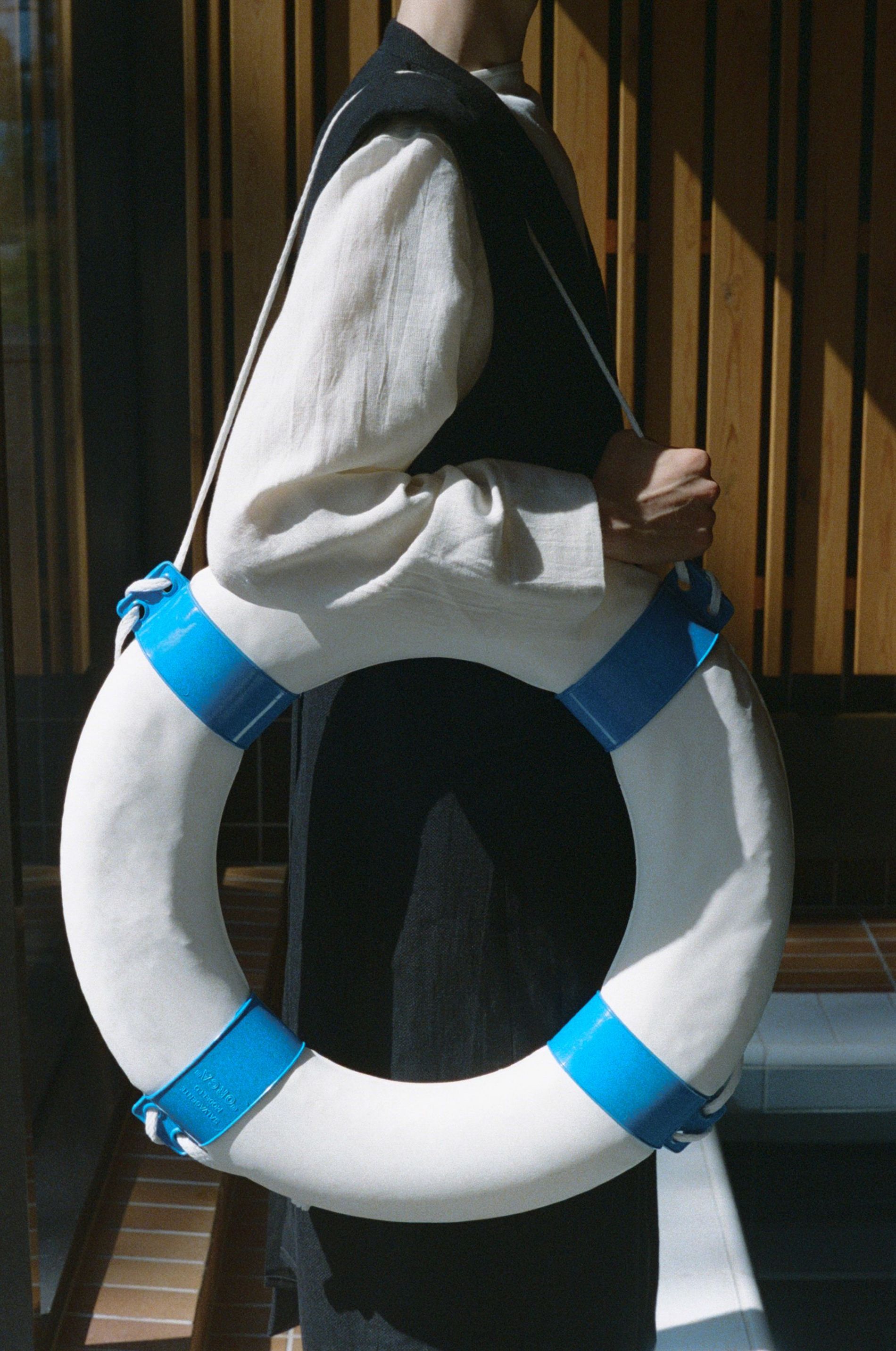 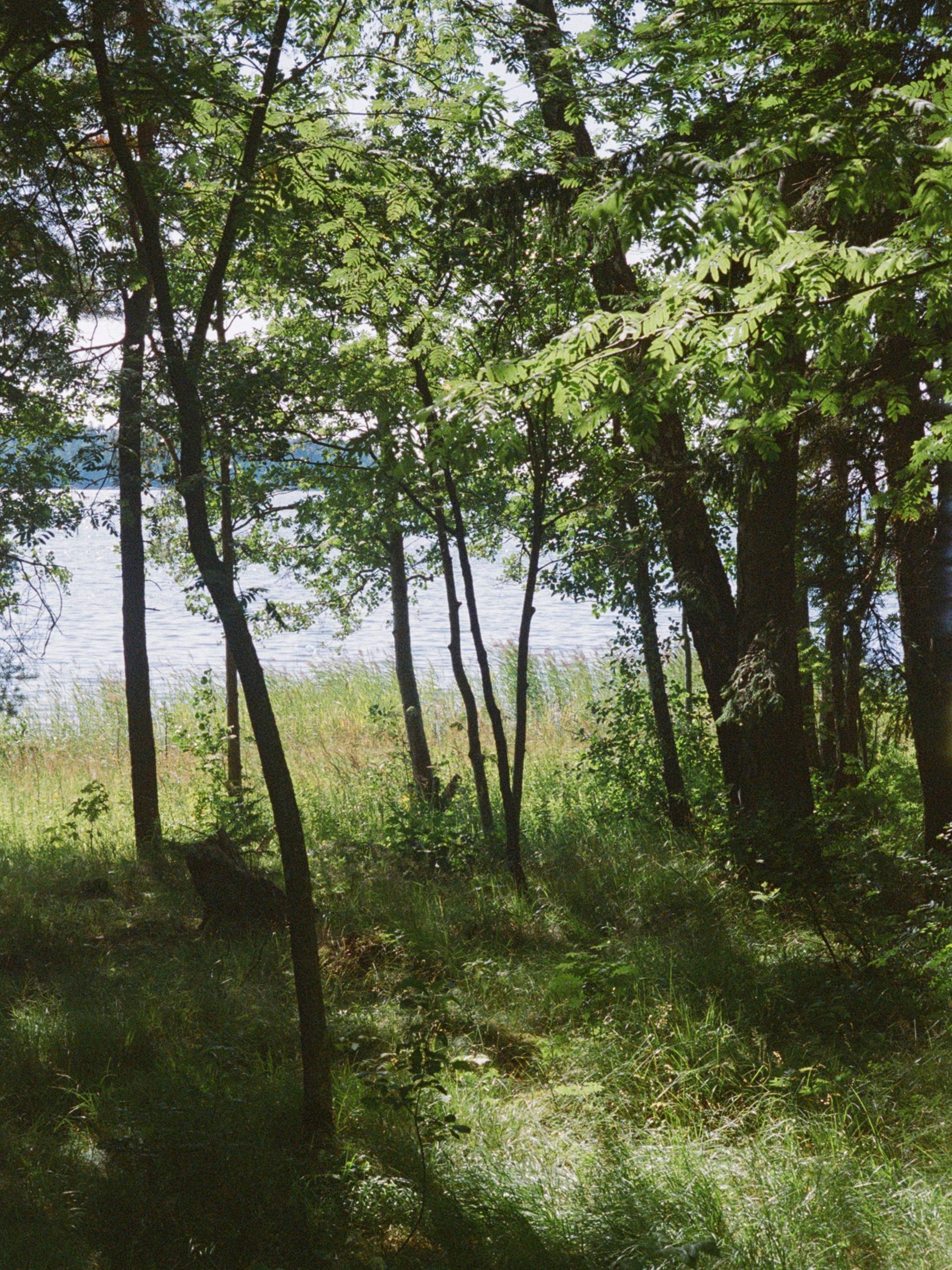 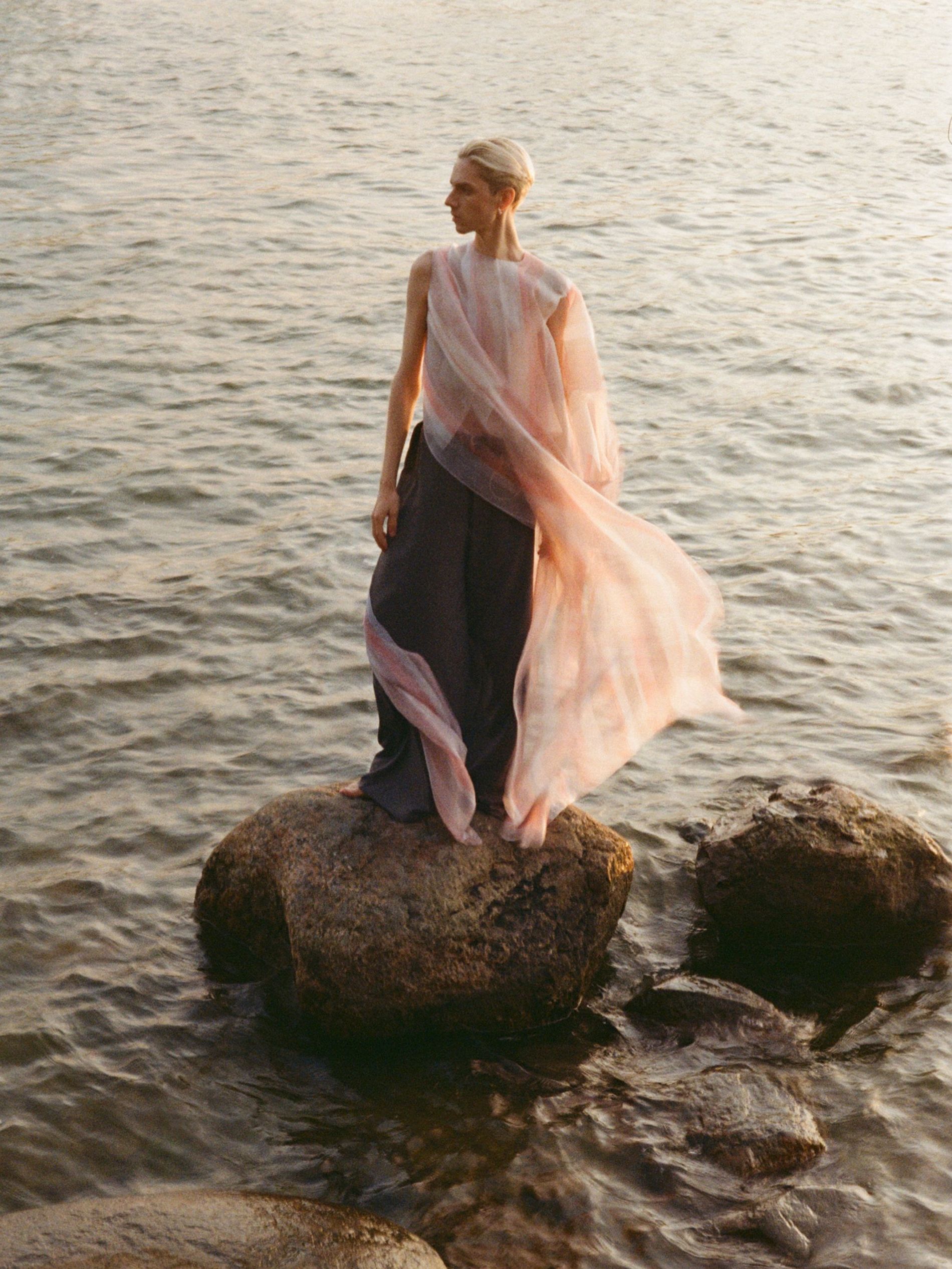 Nevertheless, I did make some exceptions when it came to shoes, adding a couple of pairs by Camperlab, since the Spanish brand has a Finnish creative director, Achilles Ion Gabriel, who I also finally met in person during Fashion In Helsinki. I also went for some stunning knee-high cowboy boots by Ervin Latimer, bright red stocking heels by Hanna-Lotta Hanhela, white boots with metal details by Jarno Kettunen and felt slippers by Yoonsik Kim. Some of these brands and designers are ones that I have been following for a very long time already, but some I just discovered during this year’s Fashion In Helsinki.

I really enjoyed working on this shoot at Hanaholmen as I wanted to combine the different spaces and wooden elements in the building with the surrounding green and luscious nature. Even though the shoot Lucas Ruska Martin and I did earlier this year in Lapland was one of my personal favourites, this latest collaboration is certainly up there. And I must admit I didn’t mind the warm sunny summer weather conditions in addition to occasional pool dips and delicious local food at the restaurant Plats! 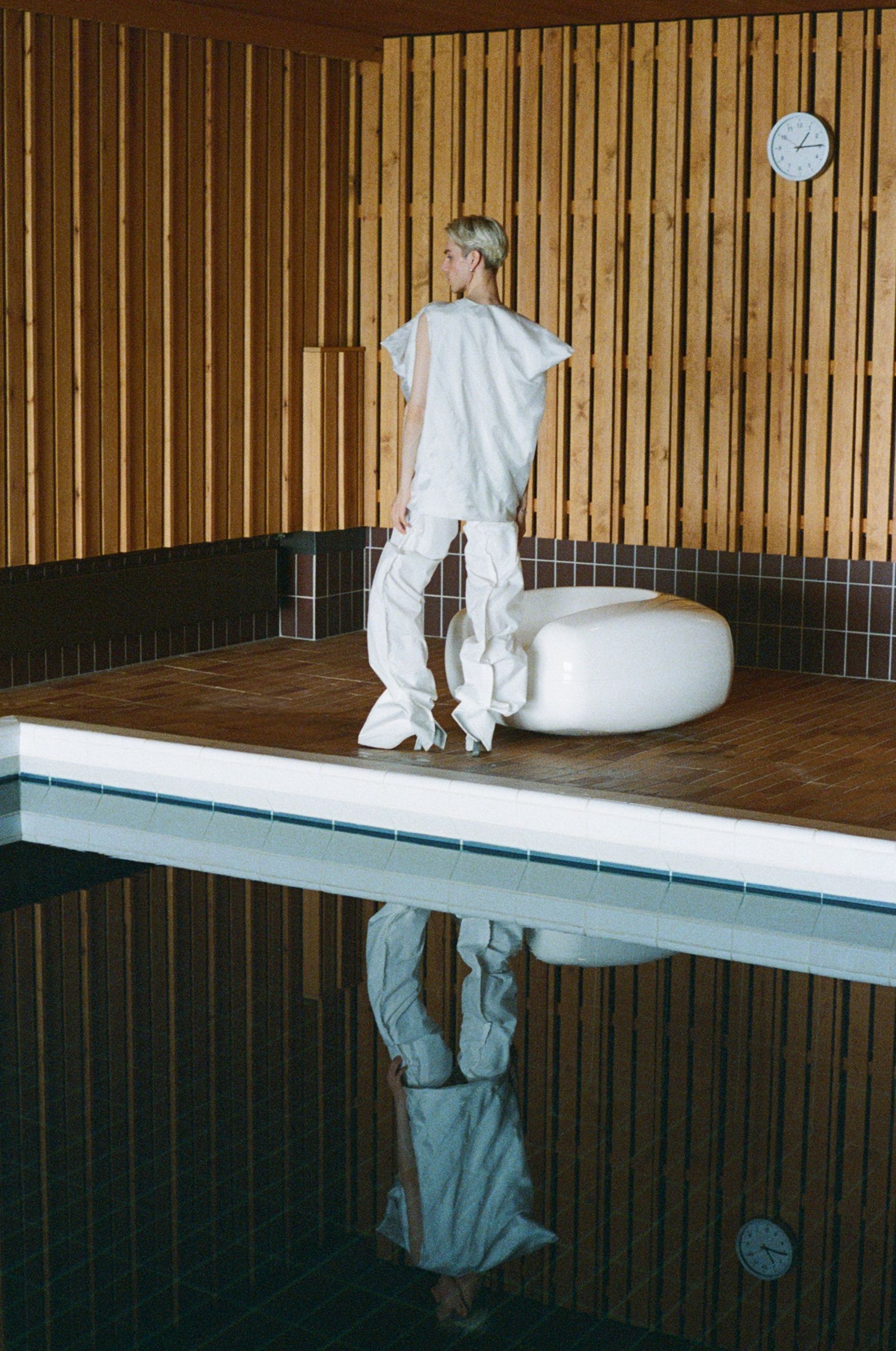 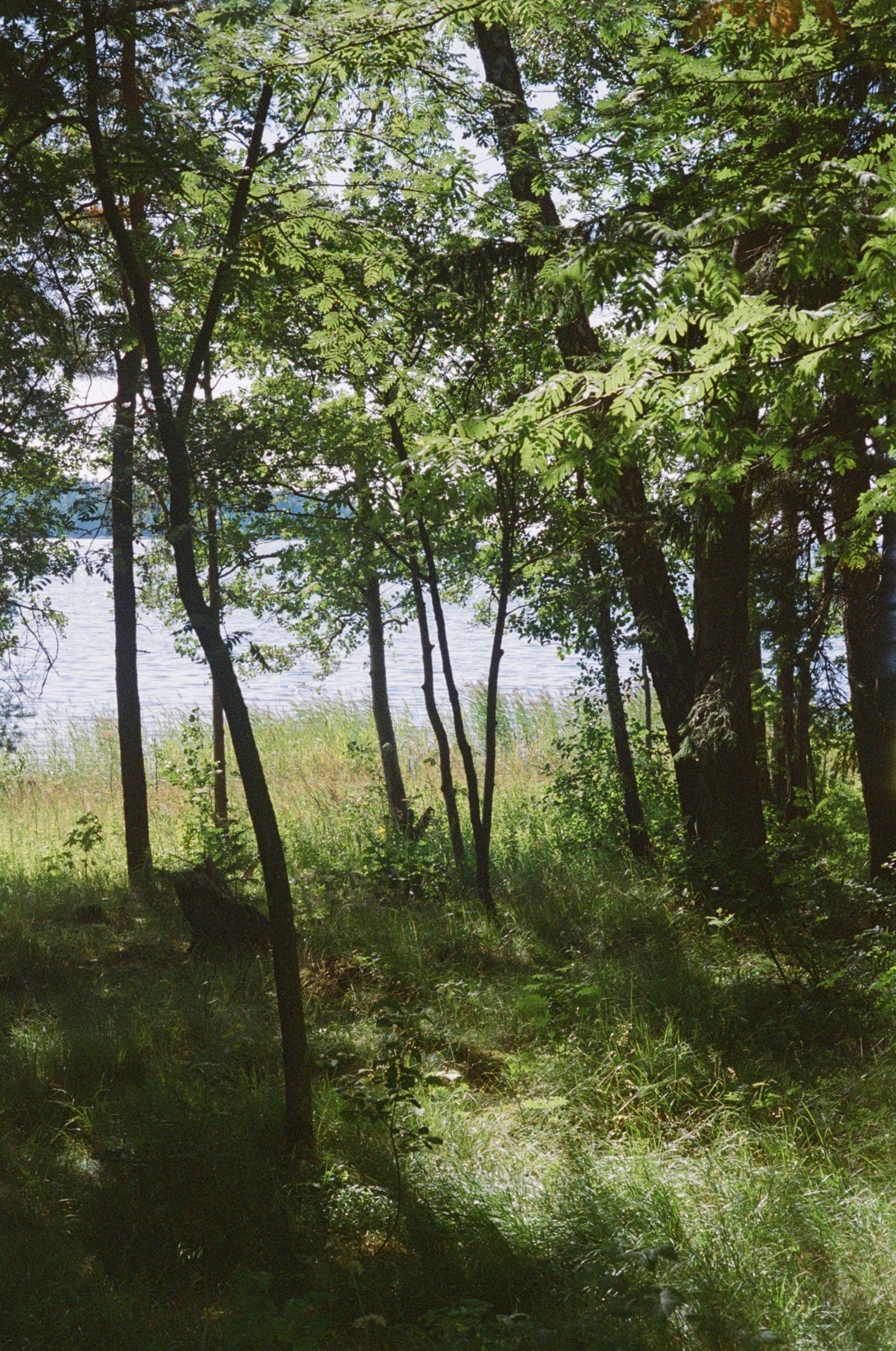