Klaus Haapaniemi is talking to me from the kitchen of his home. A home he feels very comfortable in. Almost five decades ago, a young Haapaniemi visited this house in southern Finland for holidays. He would chase rabbits in the summer and throw rocks into the nearby frozen lake in the winter. He would come to visit his grandfather who had lived here since it was built in the 1940s.

Haapaniemi, 51, recently inherited the property and, along with his wife Mia, has spent the last four years returning it to its former glory. Pastel blue kitchen cupboards jut out from wood panelled walls with a vibrancy straight from the 1970s. Mid-century furniture stands proudly on herringbone wooden floorboards from the 1950s. A large sauna – all brushed concrete and shiney wood – drags the property screaming into the 21st century. Generations of design all make themselves visible in this rural retreat. 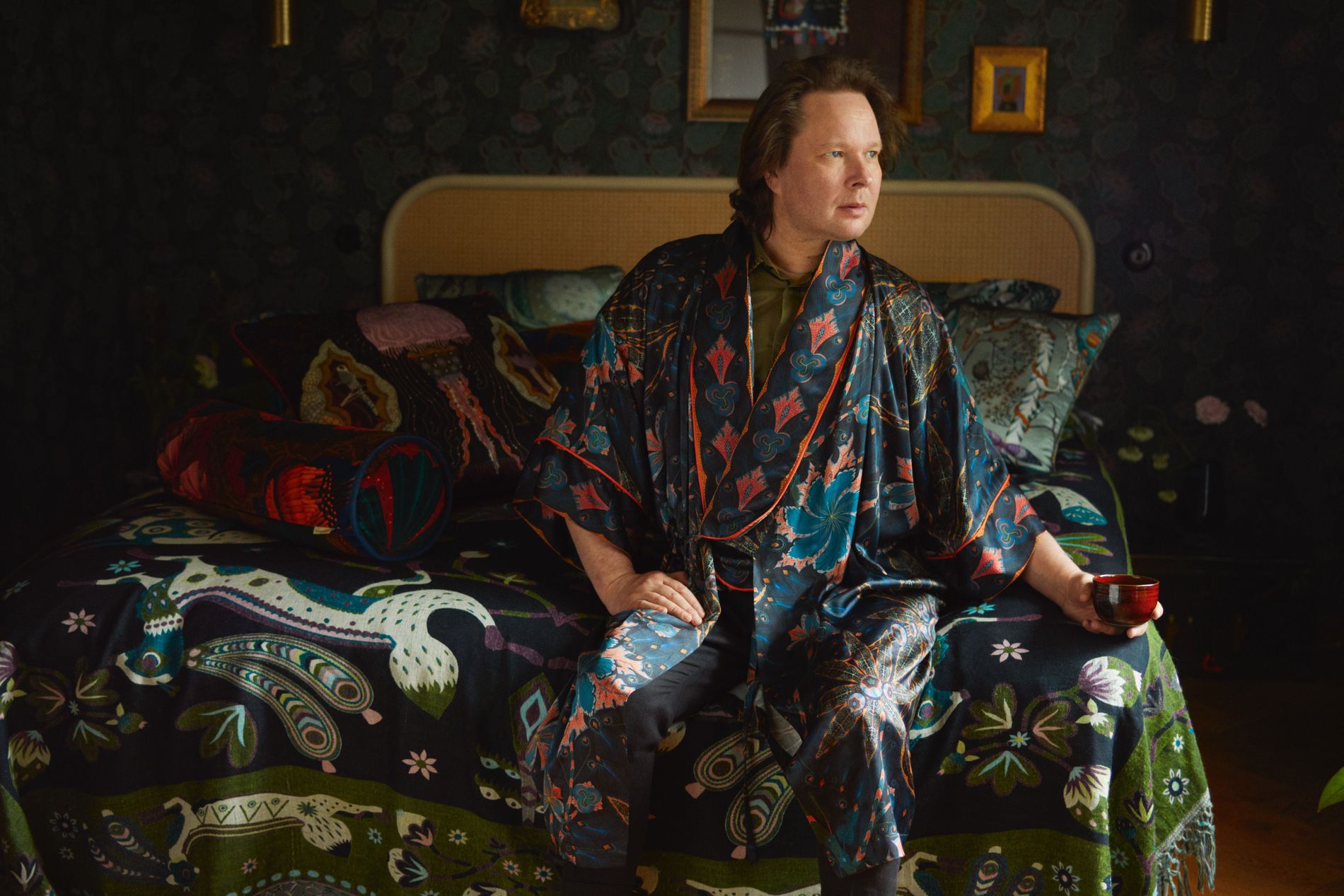 Klaus Haapaniemi in his home.

But what really stands out is the wonderfully flamboyant wallpaper – featuring motifs of flowers and long grasses that float wistfully up the walls. And the fantastically sculptured glassware pieces, featuring woodland animals that sit on the odd item of Chinoiserie. And the oversized cushion where an embroidered hare dances wildly in the moonlight.

This home is not an homage to his grandfather but is a living, breathing embodiment of the lifetime work of artist and designer Klaus Haapaniemi.

“I haven't touched the interior,” he explains as he talks me through the renovation process. “We renovated the old sauna just like it used to be. It was the first sauna I ever used so it's been nice to go back to use it again now.”

Haapaniemi is a quiet man. His wife, always smiling, explains much of the work they have done on the house. He occasionally interjects to highlight a detail here or with a short anecdote there.