Kanelbullens dag – “cinnamon roll day” – is celebrated yearly on the 4th of October. Josefin Forsberg, born and bred Stockholmer, has gathered her favourite places to pick up the pastry in the Swedish capital

Sweden has a knack for food-based celebrations. There is pancake day, a day dedicated to the local delicacy ‘semla’, waffle-day, and, arguably the most revered, 'Kanelbullens dag' – the cinnamon roll day.

Celebrated on the October 4 every year, Swedish people at home and abroad religiously consume the sugary cinnamon pastry. Offices close down for their cinnamon-themed afternoon ‘fika’ (coffee and cake), school children stop by cafés to socialises around their rolls, while abroad ex-pats flock to their local Scandi haunts for a taste of home.

Having been one of those ex-pats, I know the struggle to find a proper bun abroad. After all, there’s no place like home. Having grown up in Stockholm, it’s only natural that I prefer my childhood haunts for foodie celebrations.

It is safe to say that I’ve tried most rolls around town. Here I’ve gathered my favourite spots for a cinnamon roll to celebrated its eponymous day. 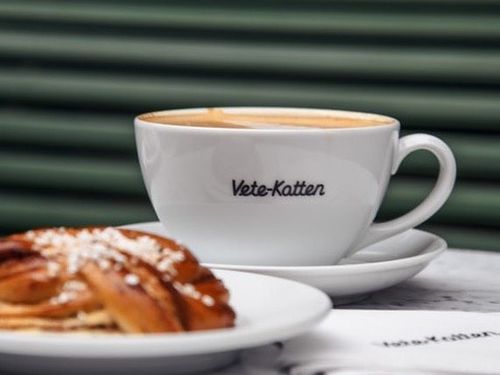 Vete-Katten is as much of a Stockholm institution as the cinnamon roll day is a Swedish one. Operating out of their turn-of-the-century venue since 1928, the café and bakery is an integral part of the building and community. Someone once said that if you levelled the house to the ground, the smell of cinnamon and sugar would remain for years. 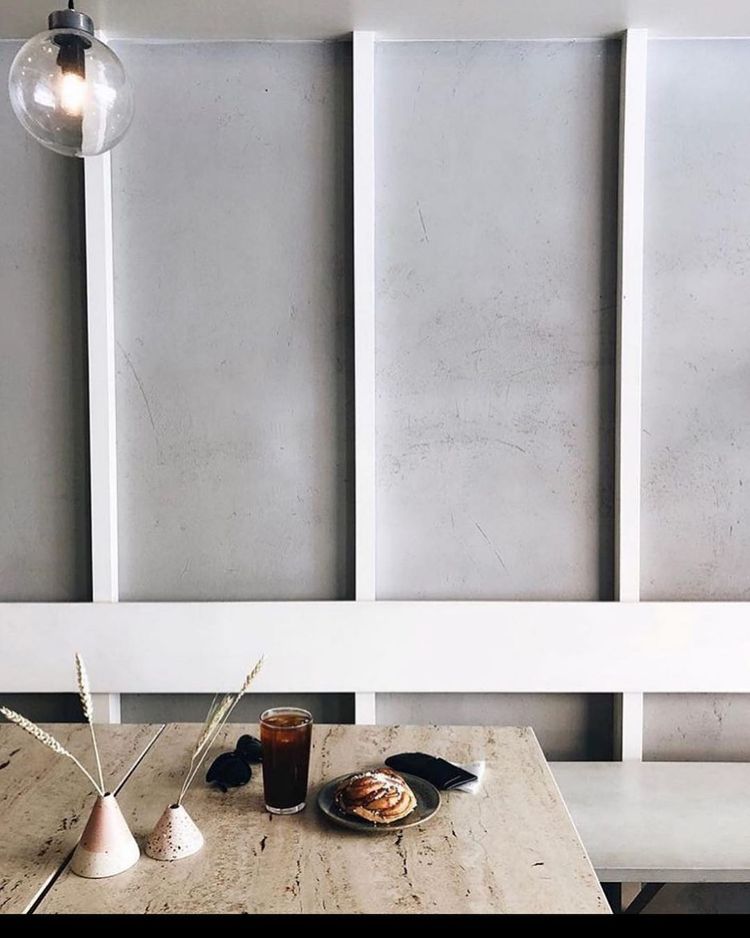 A block from busy Odenplan, on a quiet corner, you'll find award-winning coffee house Café Pascal. Run by three siblings, the café manages to tread the line between chic destination and local haunt. 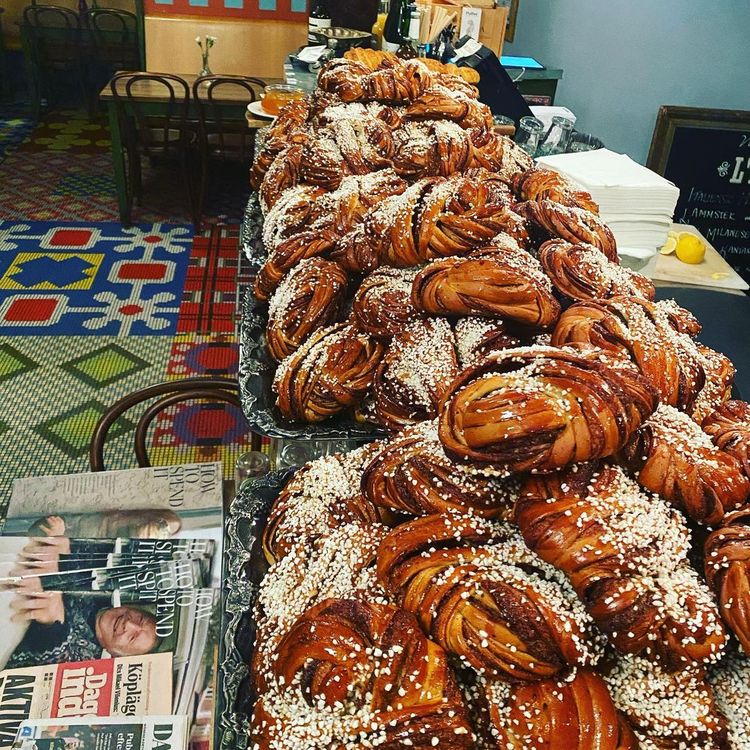 Café Saturnus is a Stockholm legend, with cinnamon rolls the size of your head. Due to their buns being of the XL variety, prepare to share your bun with at least two friends or to bring home leftovers. 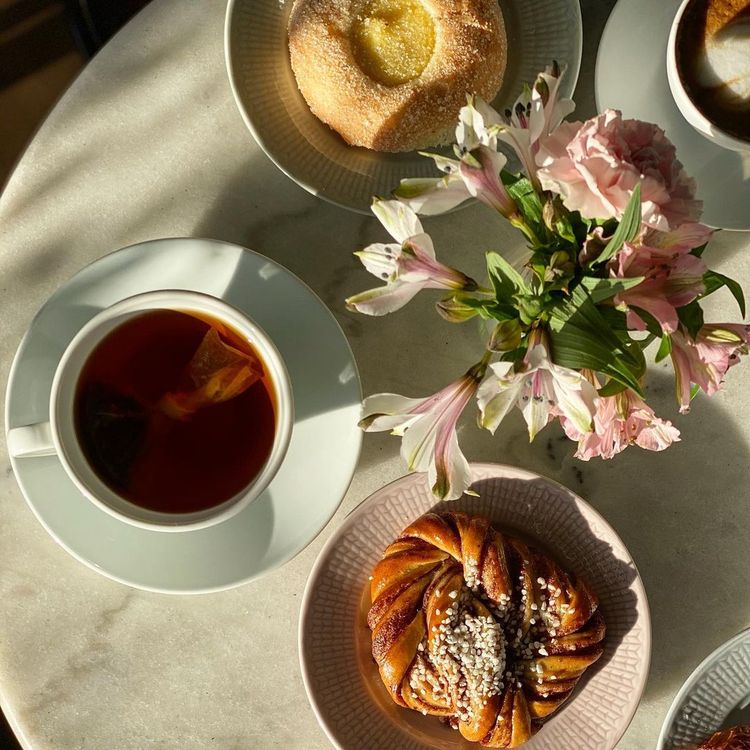 In Stockholm's old town, Skeppsbro Bageri offers more than stunning waterfront views. Run by Håkan Johansson Frost – Sweden's only world champion baker – and Fredrik Ekman, here, the counter is packed with cinnamon buns and sourdough bread and there's plenty of space indoors and out if you want to stop for a fika or a light lunch. 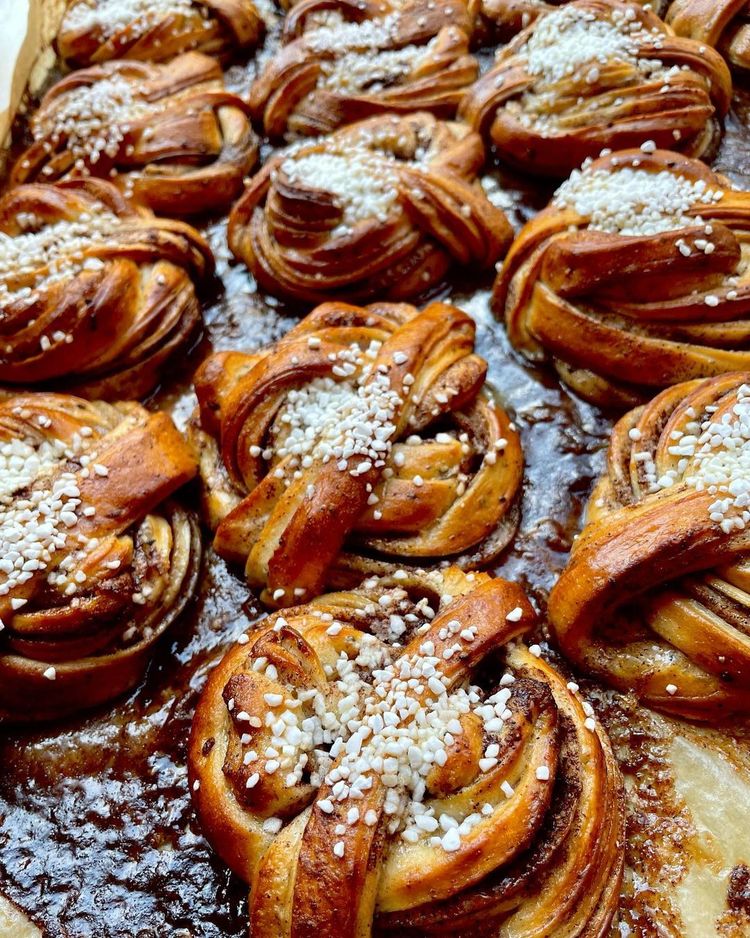 My saving grace while living in the United Kingdom was this Swedish bakery franchise. Operating in Stockholm, New York, and London, Fabrique's seasonal pastries are just as good whether consumed at home or abroad.