The tennis-adjacent racket sport is a bona fide phenomenon, with celebrity endorsements from Caroline Winberg to Zlatan

We break down the basics of padel and how on earth it got so major...

Racket sports are amongst the most attractive of activities. There is an elegance of movement as one whacks the ball — or shuttlecock, as it may be — over the net. And don’t even get us started on the corresponding wardrobe. The trouble is, racket sports are so damn hard. It takes hours, years even, to become a proficient tennis, badminton or squash player. Enter padel, a squash-tennis hybrid that can easily picked up by just about anyone and is becoming Sweden’s trendiest pastime. 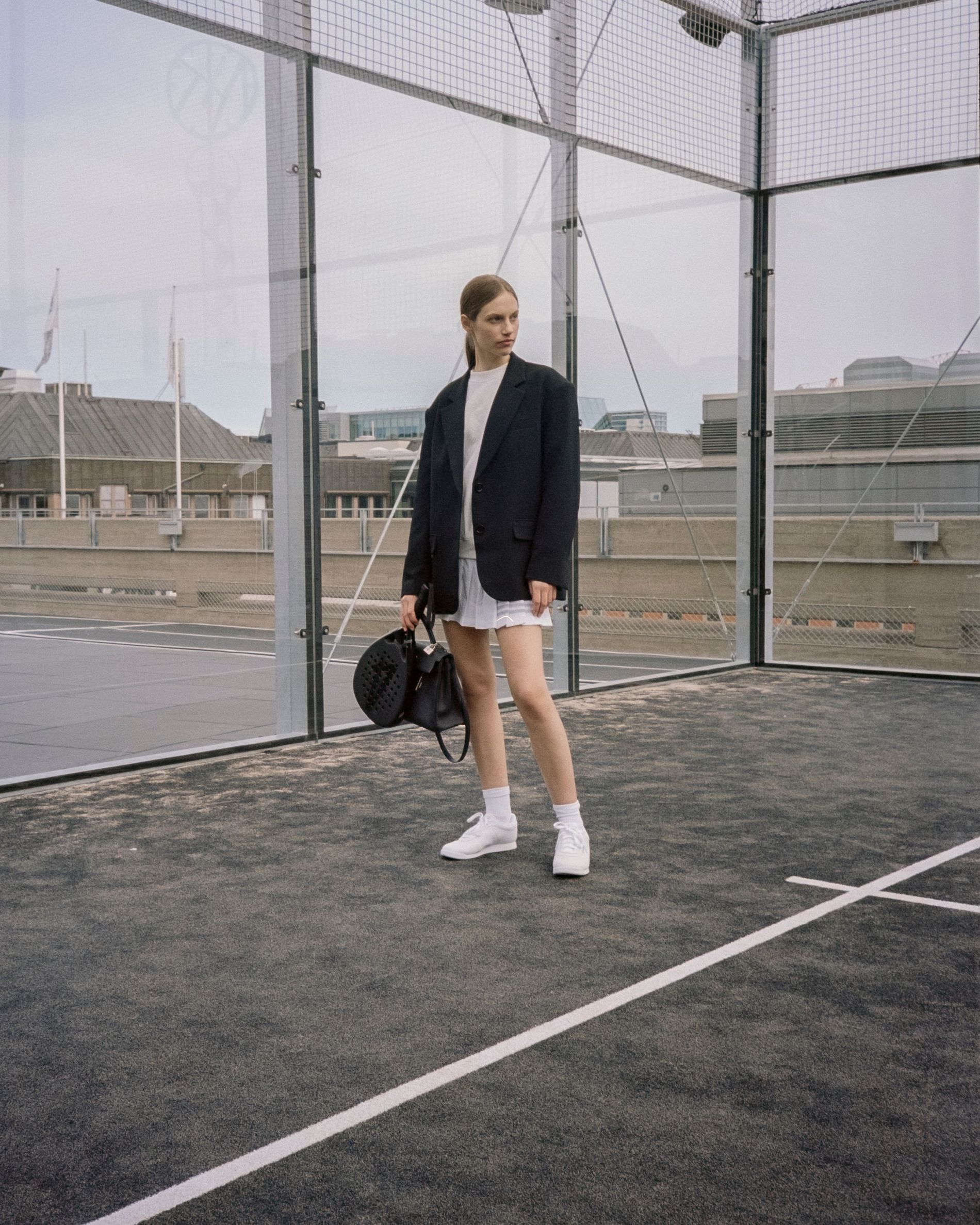 At first glance, padel appears a lot like tennis. There is a rectangular court, divided in two by a net. Players, typically in doubles, strike a ball with a racket, with the aim of getting it over to their opponent’s turf. The scoring is the same as tennis and the balls are more or less identical, though tennis balls have a slightly higher internal pressure, making them bounce a little higher.

But there are a handful of key differences that make padel so infectiously playable. The ball remains in play when it bounces off the court’s surrounding walls, meaning you needn’t concern yourself with keeping the ball “in,” so long as you manage to strike it over the net. Then there’s the size of the enclosure — about 25% smaller than a tennis court — reducing the amount of running around required. And, most obviously, there’s the racket itself, which, with its bulky silhouette and absence of strings, may not have the same aesthetic appeal as a tennis racket but is much easier to wield. With its low barrier to entry, athletically speaking, it’s no wonder padel is purportedly the world’s fastest growing sport.

Invented in Mexico in 1969, padel was brought to Sweden from Spain in the late early aughts after a fellow named Tommy Andersson from Båstad fell in love with the sport while on vacation in Marbella. It wasn’t until a decade later, when Sweden’s first indoor padel facilities were constructed, that the sport began to gain traction. Shortly after, padel really became a 'thing', with everyone from fashion folk to lawyers to bankers gushing about their new favorite activity. Notable Swedes from Caroline Winberg to Zlatan and Filippa Hägg (the later featured Padel in the latest campaign for her clothing line) have publicly exalted the sport and, despite there being over 700 padel courts in Stockholm, court times have to be booked well in advance.

Traditionally, padel facilities are no-fuss affairs - a few courts contained within a nondescript building in a sleepy part of town. Lately, however, padel has gotten a sexy makeover via concept spaces that embrace the social and lifestyle elements of the sport. There is no better example of this than Padel by Ascaro, the Rolls Royce of padel clubs (or shall we say Porsche, the club’s sponsor). 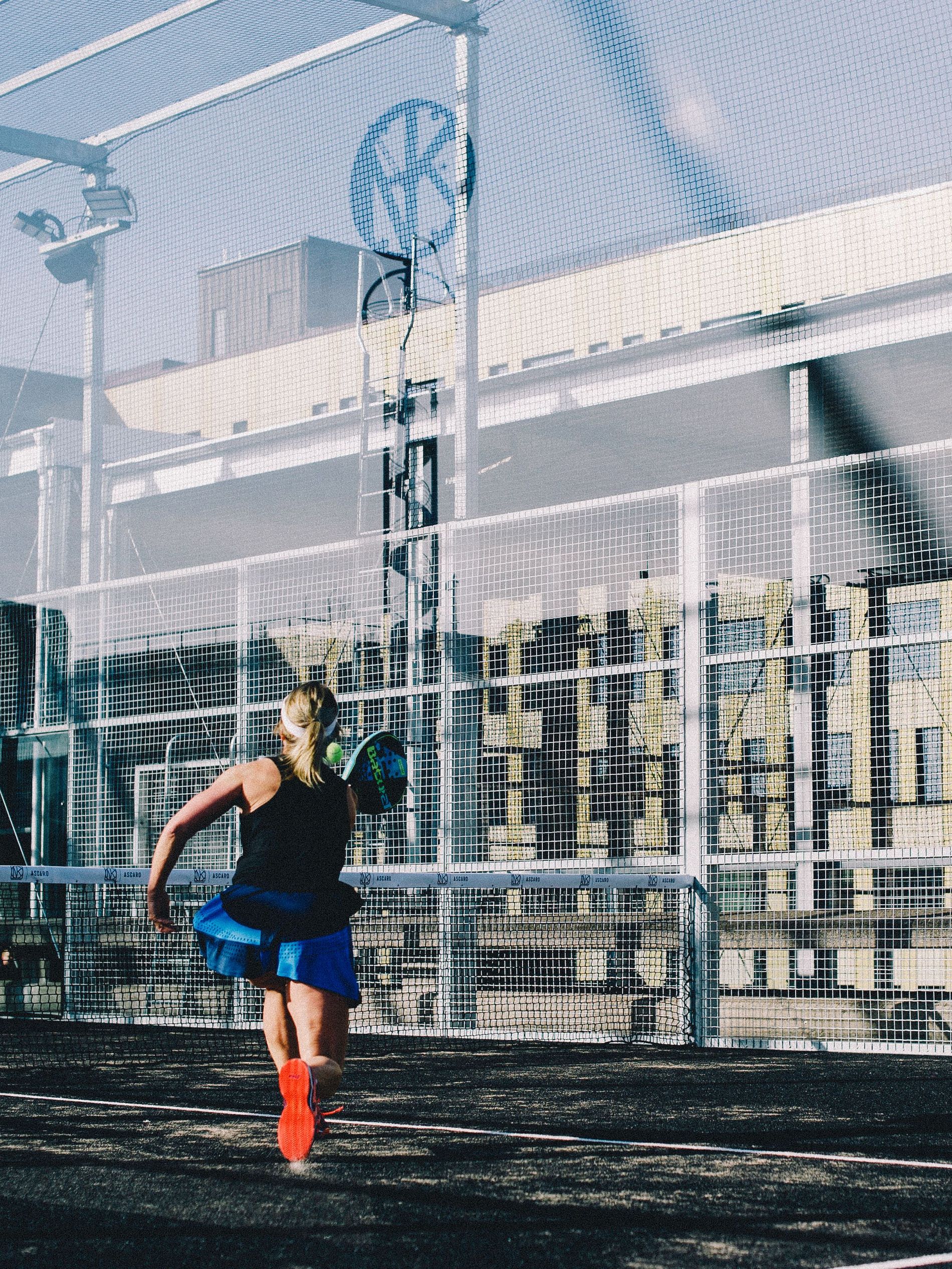 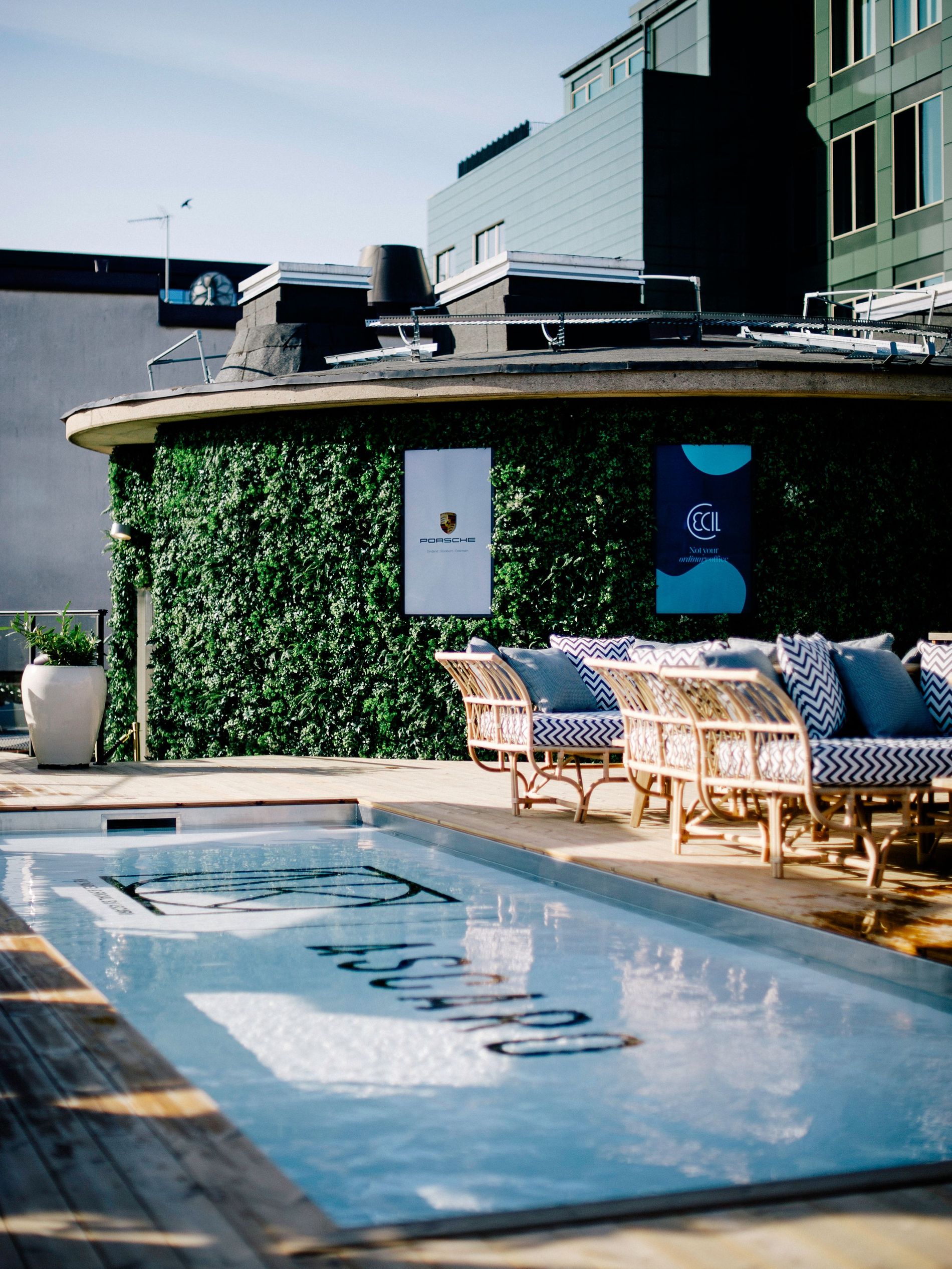 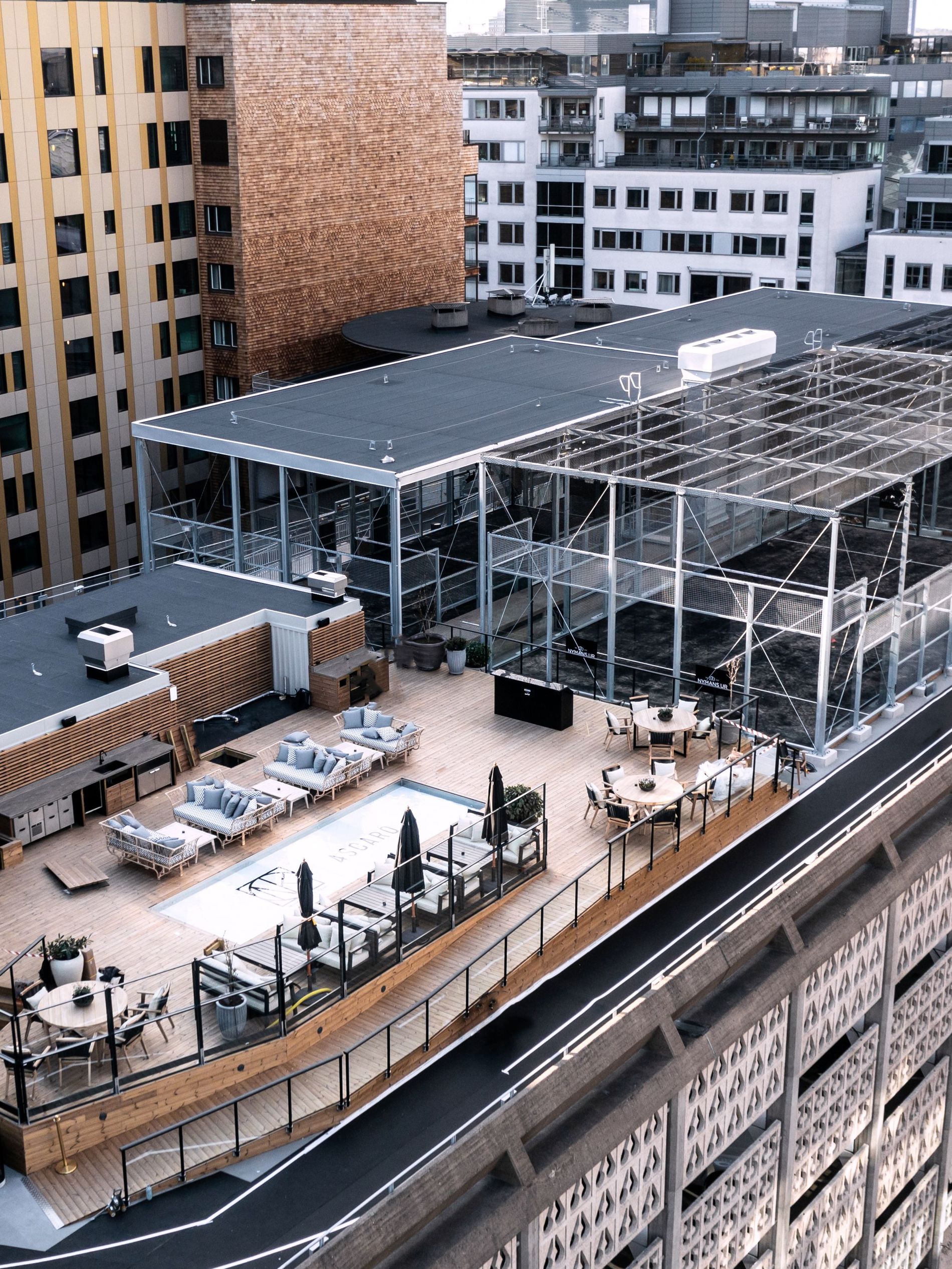 Made in collaboration with NK and nestled atop their parking building smack dab in the centre of Stockholm the rooftop space is part Miami Beach, part industrial minimalism and all things Instagram-friendly. In addition to several padel courts, Ascaro boasts a running track, outdoor gym and even a hip restaurant, where one can enjoy a glass of champagne after a match. 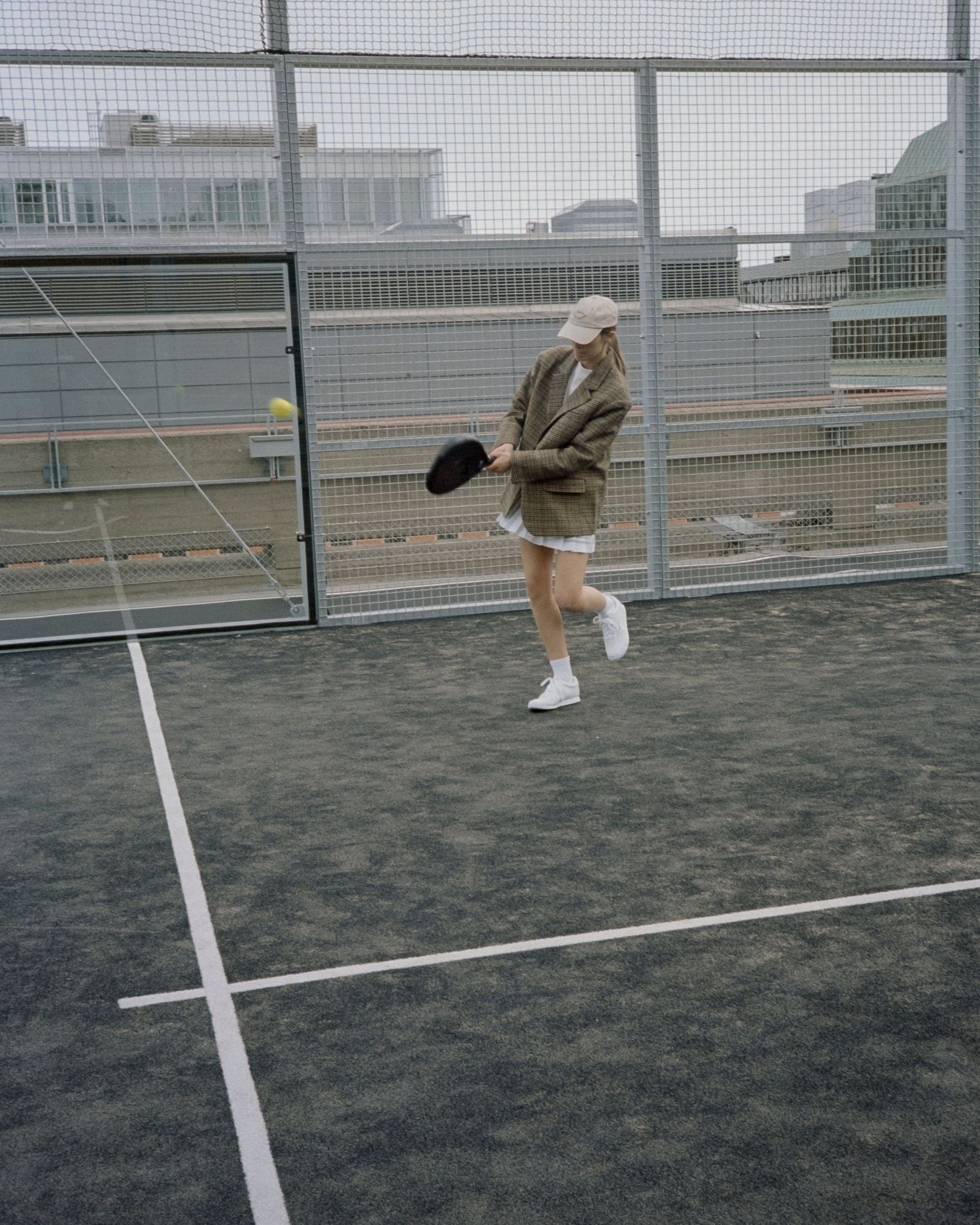 For those who have never picked up a padel racket but are ready to hop on the trend, we asked Stockholm’s top-ranked padel player and Ascaro's in-house padel expert José Carlos Gaspar Campos to give us a few pointers for playing...

The top 5 padel tips for beginners: 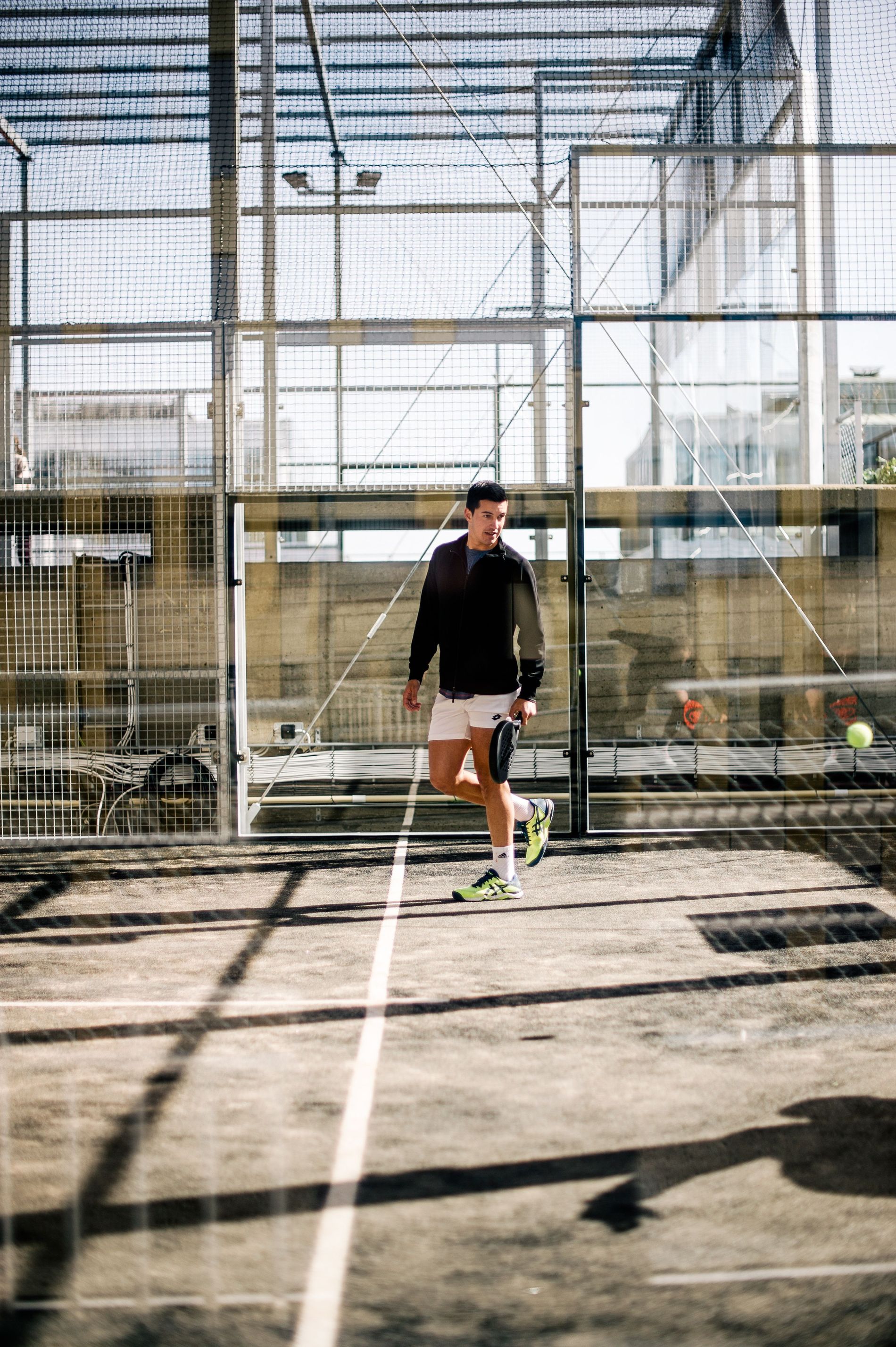