Swedish TV personality and interior designer Marie Olsson Nylander has been restoring her bedraggled but nonetheless bedazzling Sicilian palazzo. She recruited curtain maestro Arne Aksel to help. The result is a match made in interior heaven

“I love to ask people ‘why?’ when they say they want grey curtains. I ask for an answer, and if they have a good response, they can have grey curtains — yet that hasn’t happened yet.” Arne Aksel is, dare I say, the renegade prince of colour in Copenhagen.

Having founded his eponymous textiles company three years ago, Arne creates curtains across a range of clientele in the Nordics, through his intuitive eye for uplifting space. With a range of seven textile fabrications and fifty shades to choose from, Arne has brought a lifelong dedication to the canons of colour to the homes of many. After all, as his line of thought goes, if colour is a direct link to happiness, what if you could ensure your home's swathed in exciting emotion?

Related: How to update your interiors this season 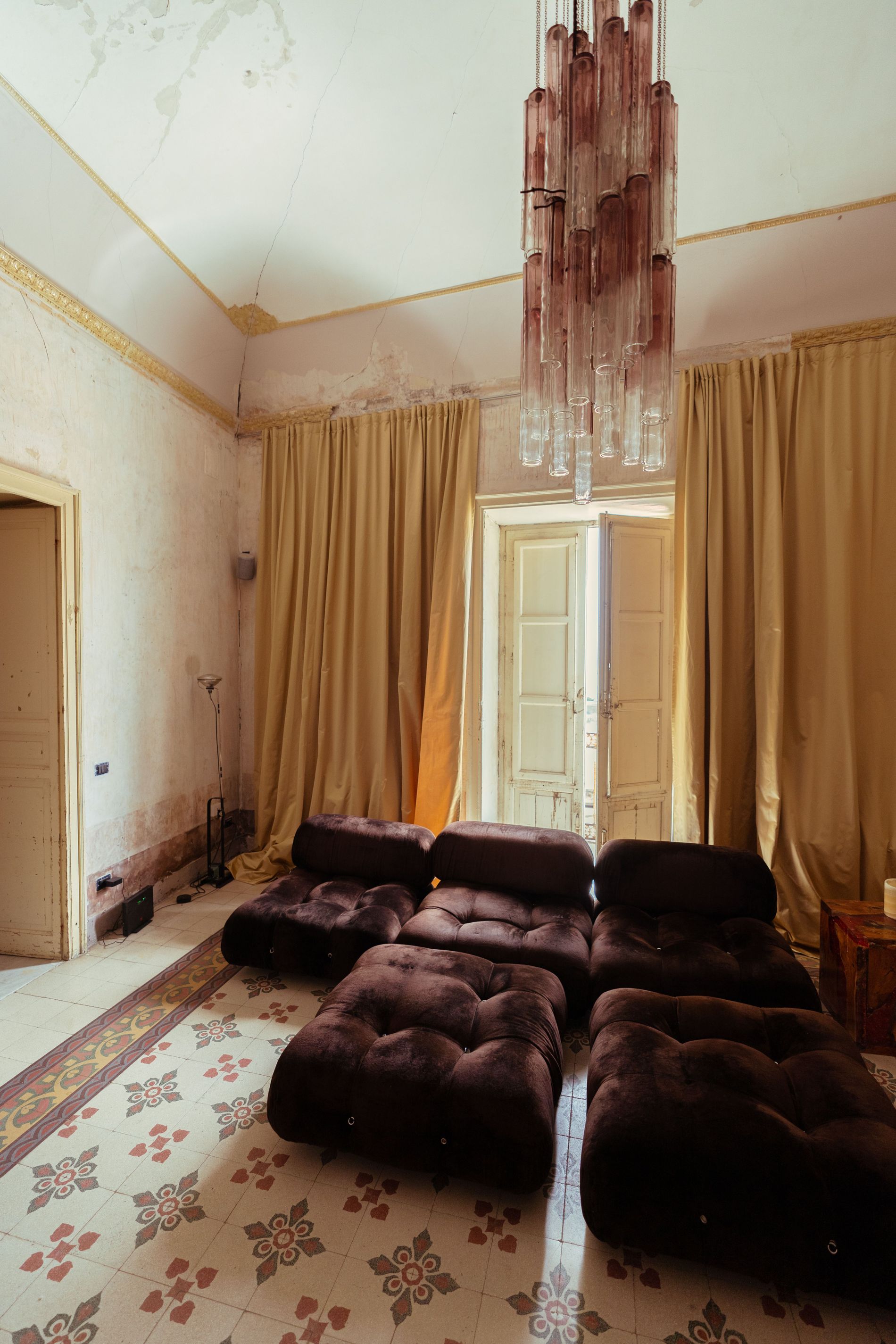 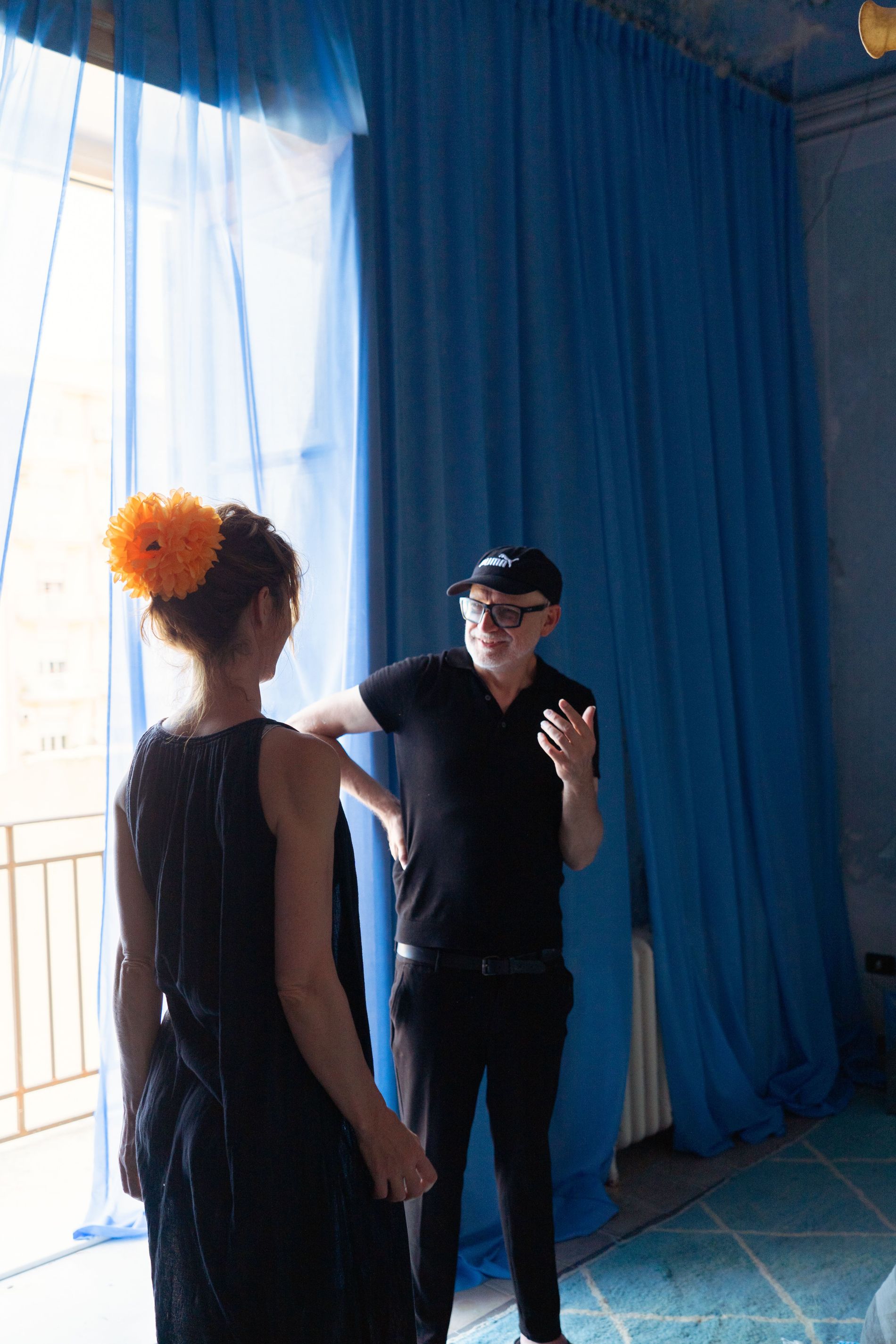 “If you sit in a room surrounded by beige and white and grey, your conversations reflect that. If you have the same conversation in a room with colour, your discussions and your thoughts become better. You signal something positive.”

With a background in design education, Arne Aksel started off his career by selling everything he had and moving to New York. There he worked on costumes for movies, before eventually returning to Copenhagen. Having spent four years at Casa shop, he became interested in the concept of couch covers, launching his own brand called Cover. “It was hard work, and I’m lazy, so…” Aksel recollects and laughs.

From here, Aksel pivoted to making curtains — after all, there was no designing in it and it appeared easy, so why not? With his business partner Jacob Schnack Jørgensen in tow, they thought, let it evolve into a brand. Three years on, it turns out they were right with their hunches — there is a need for curtains to be something more designed and considered, and essentially taken more seriously in the home. 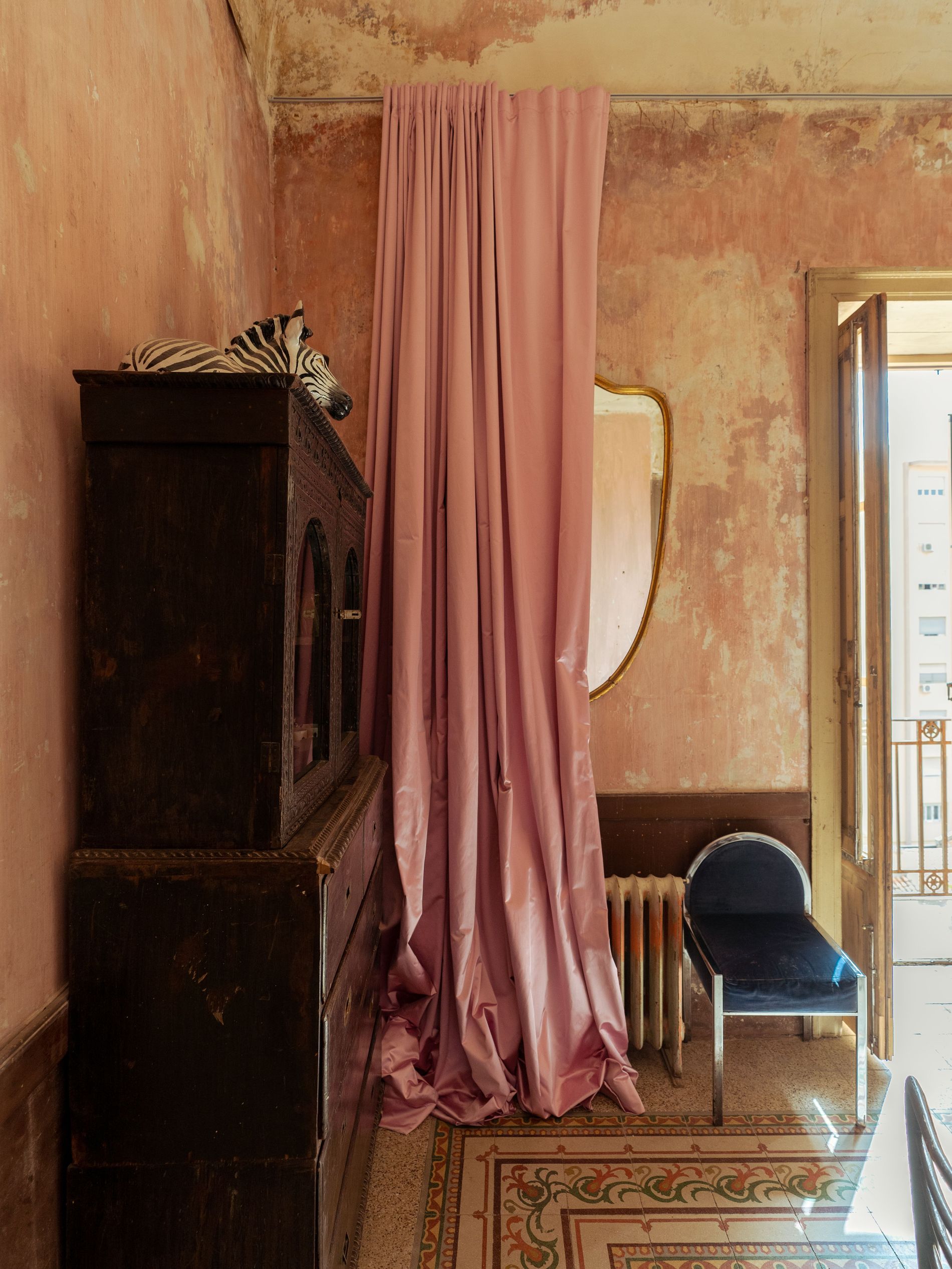 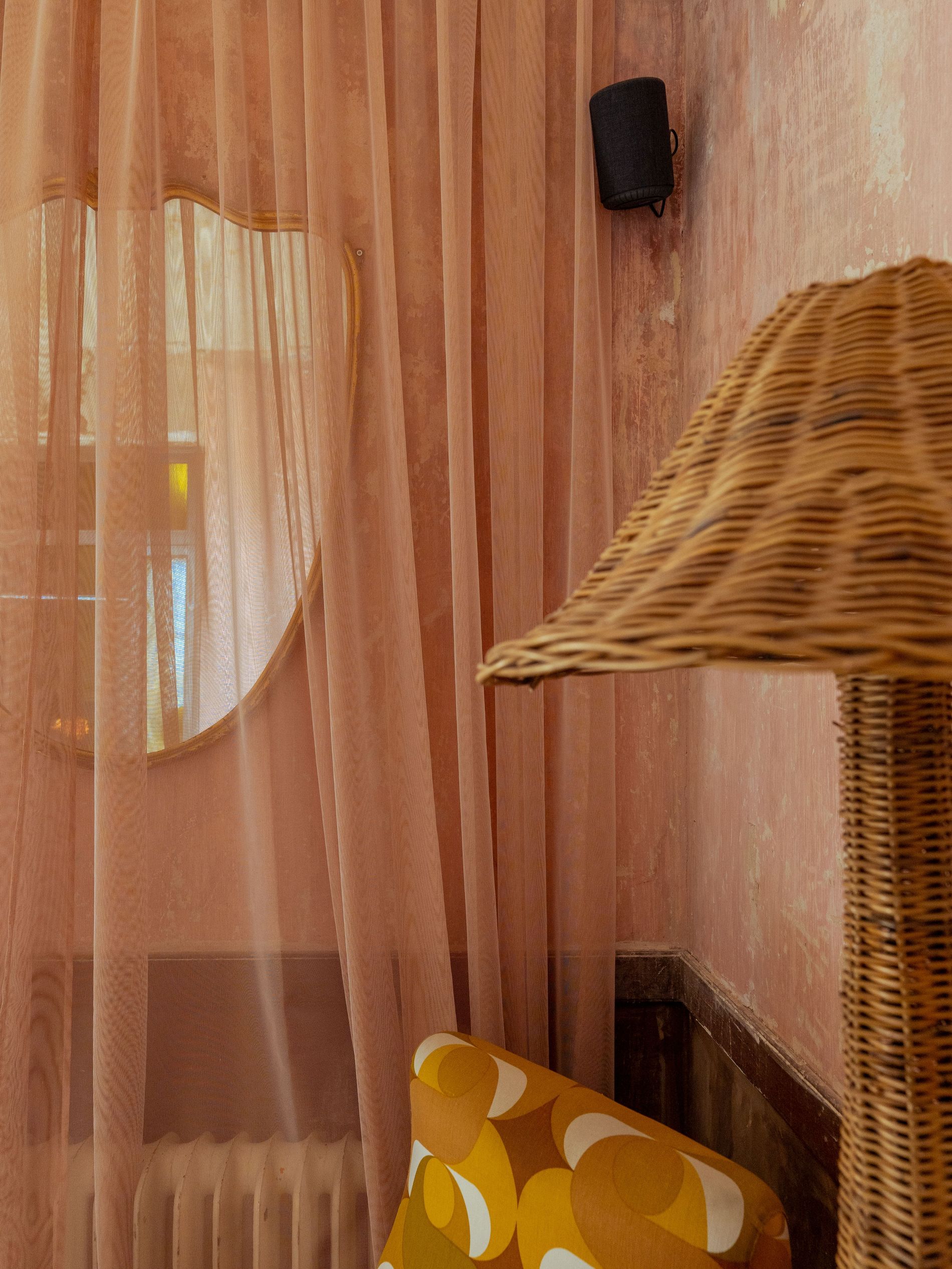 Does Aksel think colour allows for a freedom of expression, of which he carries into his brand? "Yes. Surround yourself with colours you love. I think people think too much about colours. If I make curtains for a child’s room, when I show the colour options to the children, it takes them three seconds. Colour taps into a different part of your brain. It has an emotional centre, you know it right away. You cannot and should not overthink it.” 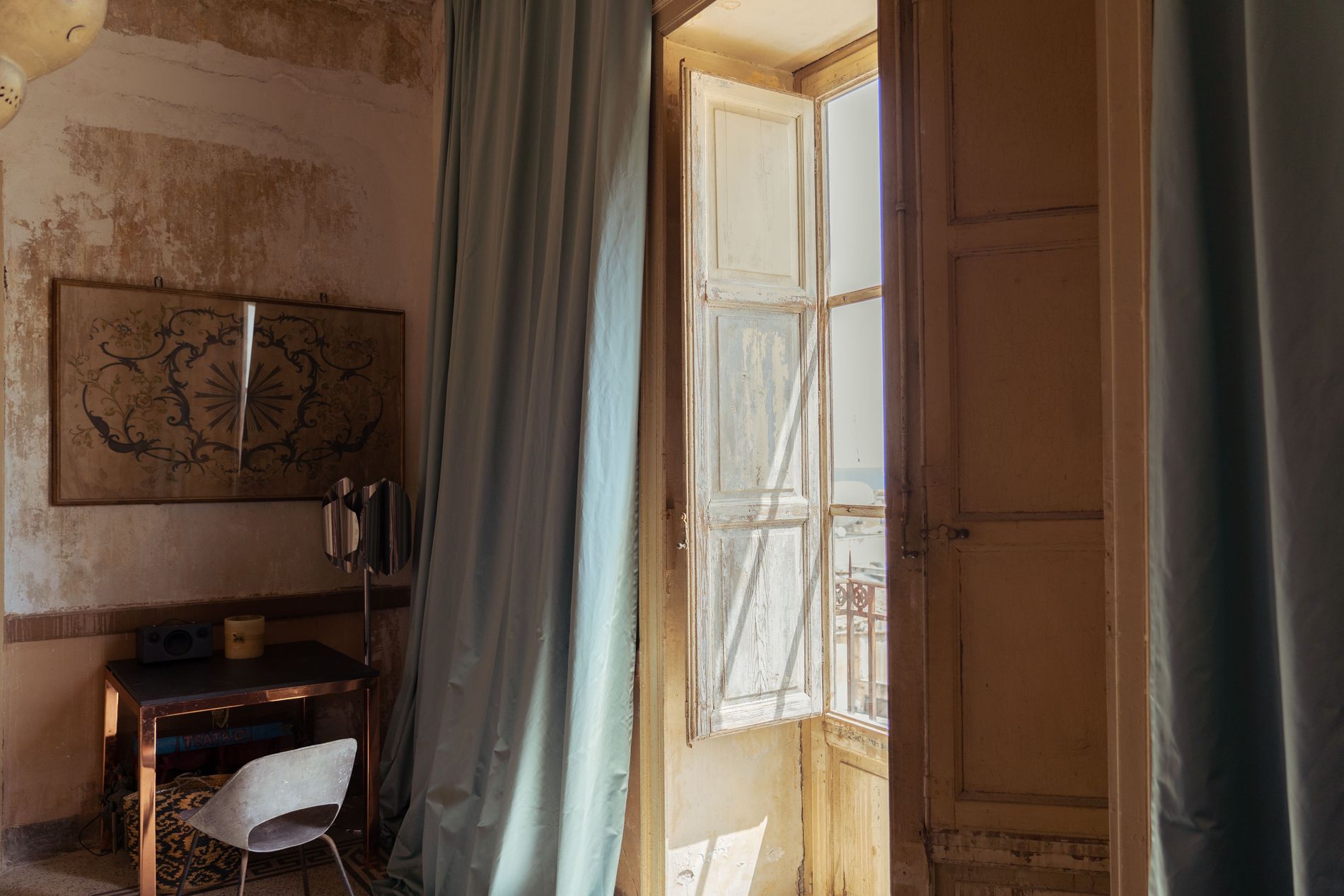 We are here today, sitting in Aksel’s deliriously vibrant apartment and offices, to talk about his collaboration with Marie Olsson Nylander, the beloved Swedish TV personality and interior designer, who on her mighty restoration of a bedraggled (but nonetheless bedazzling) Sicilian palazzo invited Arne in on the fun. With the outcome a bountiful frosting on the wonderful interiors of the palazzo. So how did this creative affair commence? “It was love at first sight!” Aksel proclaims about his work and friendship with Olsson Nylander. “What I love about Marie is that she is just herself, she isn't following any trends, just like me.”

If you sit in a room surrounded by beige and white and grey, your conversations reflect thatArne Aksel 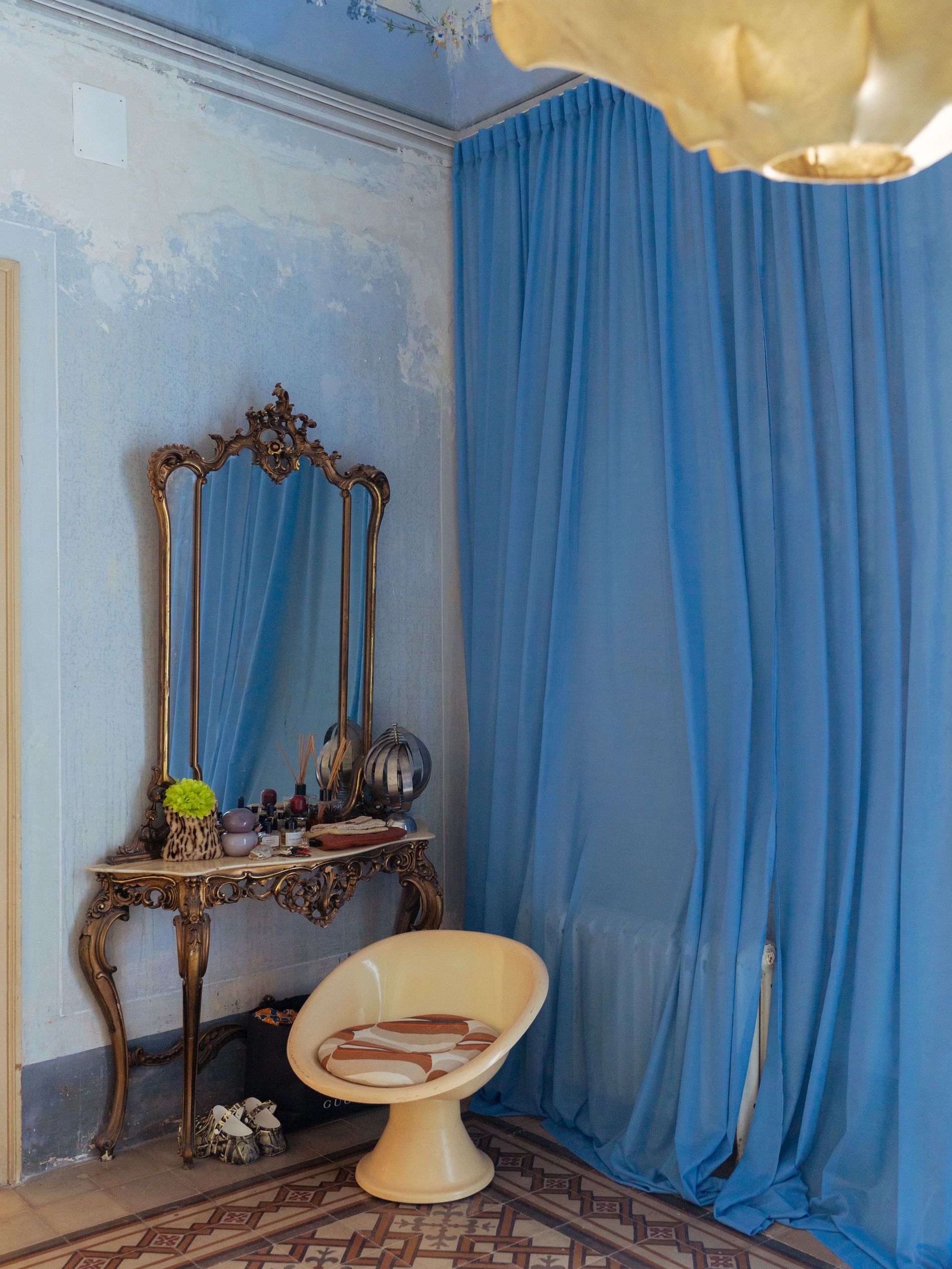 The feeling is certainly mutual, with Olsson Nylander — catching up with me over the phone from Sweden — extolling the virtues of their collaboration and their budding professional and personal friendship. With her palazzo laying empty for over 40 years, the space was one that was deserving of life once more to fill the space. For Aksel, this meant dressing the rooms with enlivening fabrics, flowing from the windows and the magnificent balcony glass doors. “When I said to my architect, we will have curtains, he said no, you can’t have curtains in here! But then when he saw the curtains he changed his mind.”

For Aksel, curtains travel beyond the old school association of the word curtains — they are canvases to him that frame the space. Asking him about his view on the word, it seems far too obvious that what he is hoping to achieve stands greater than what curtains have signalled for many up to this point. “I don't like the word curtains too much. I prefer the word textiles or I want a new word. Curtains comes with too many boring and conservative connotations.” 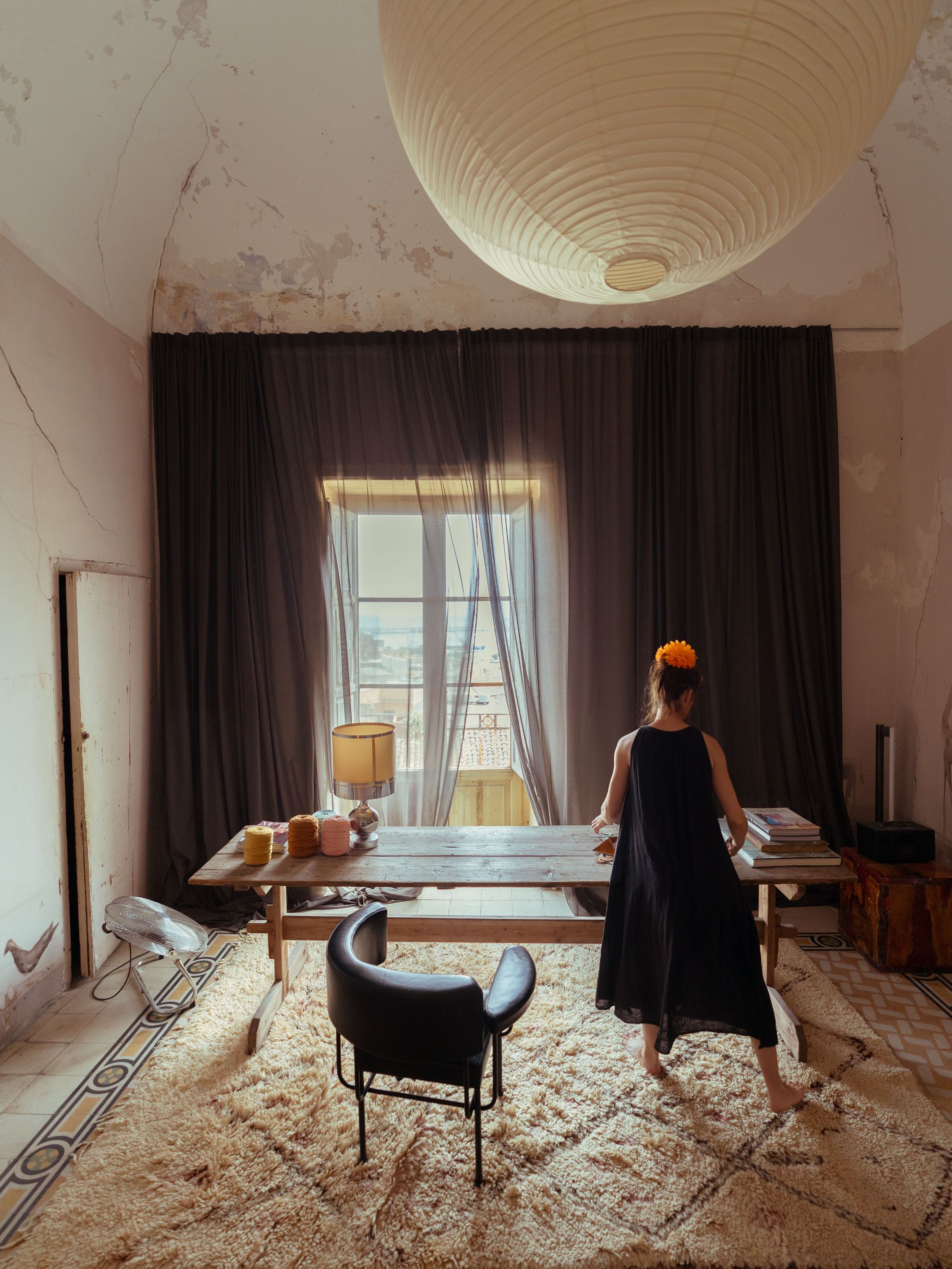 Olsson Nylander agrees on this too: “I know Arne doesn’t like the word curtains, and me either. What Arne created for me changes not only the light in the room, but the feeling in the room. You don’t need so much when you have such beautiful fabric in your space.”

What else does Olsson Nylander feel that herself and Aksel hold as mirroring traits? “We both feel, when we see material. While others would think ‘this looks good’, for Arne and I, our instincts is about what feels good. We are quite similar in fact. Our mix is a very good mix.” Together, their energies match and entwine, with a friendship and mutual professional admiration built on trust. 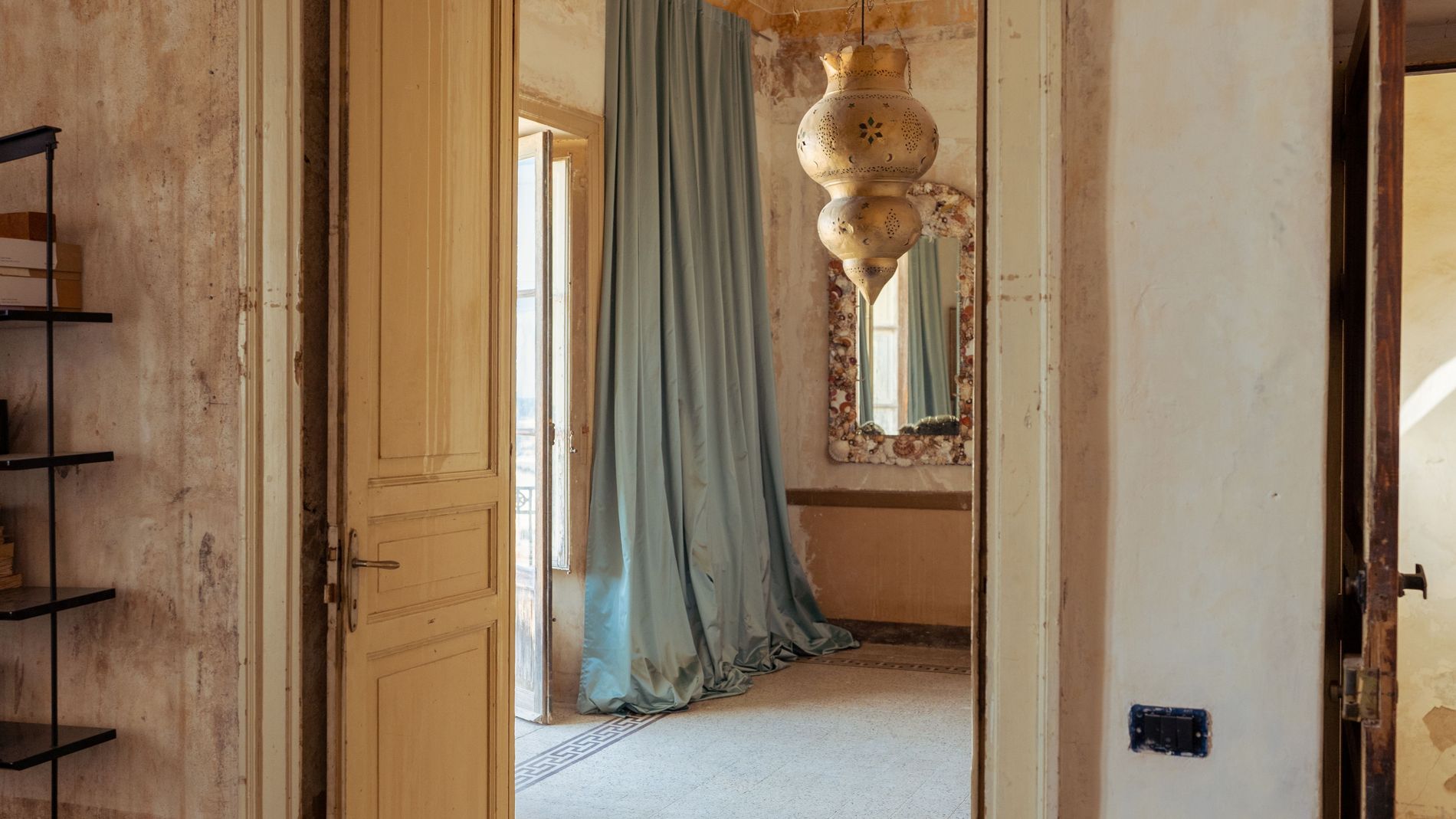 What the project for Aksel has signalled is that perhaps curtains are less of a skill but more of a sixth sense. “If I have some sort of talent, its that I can walk into a room and will know exactly what colour the space should be.”

When it comes to feeling-led colour, should it always be intuitive decision? “Yes! If you were my customer I would give you five minutes to choose. After that you start overthinkng it, and then the decision doesn't come from the heart.” 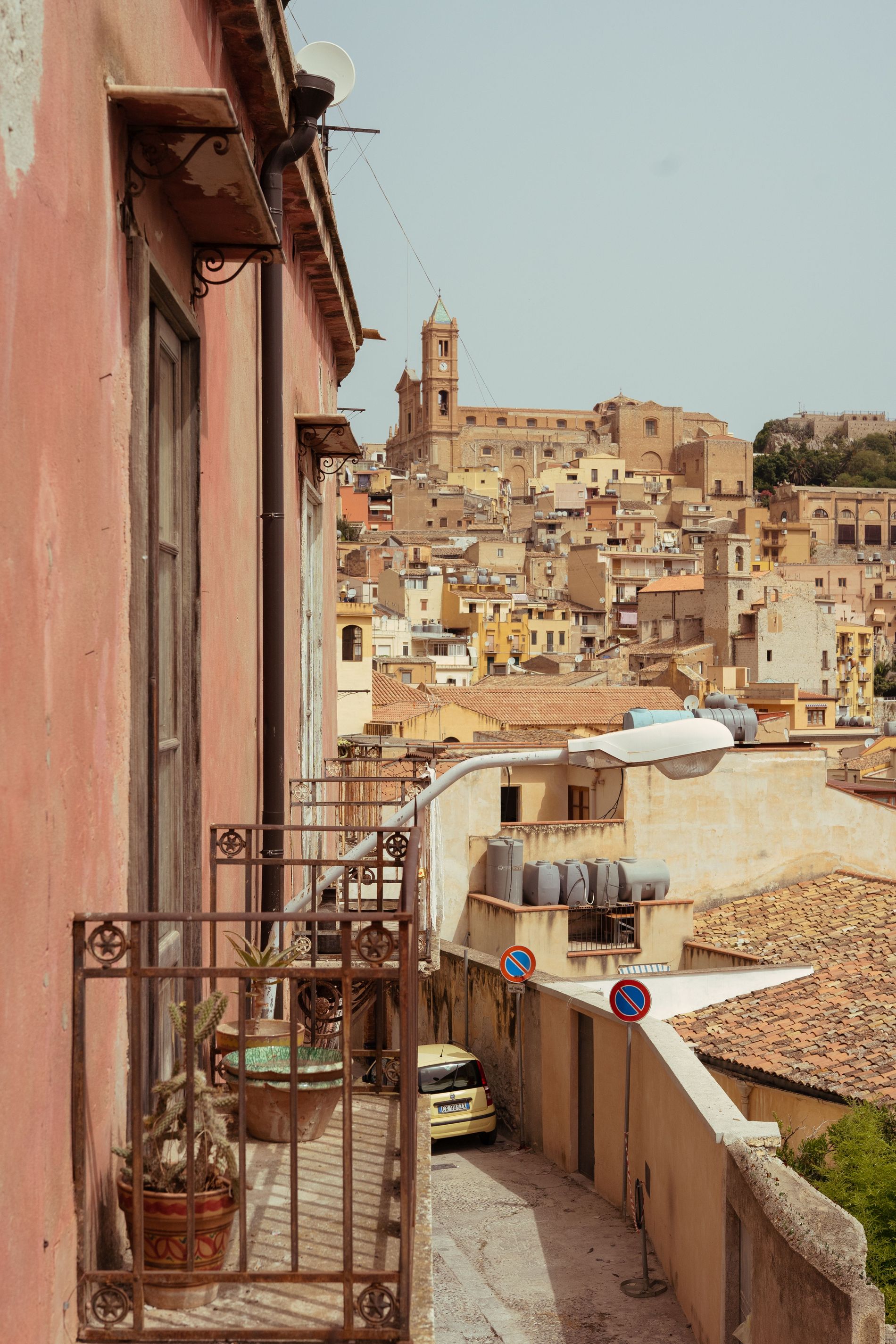 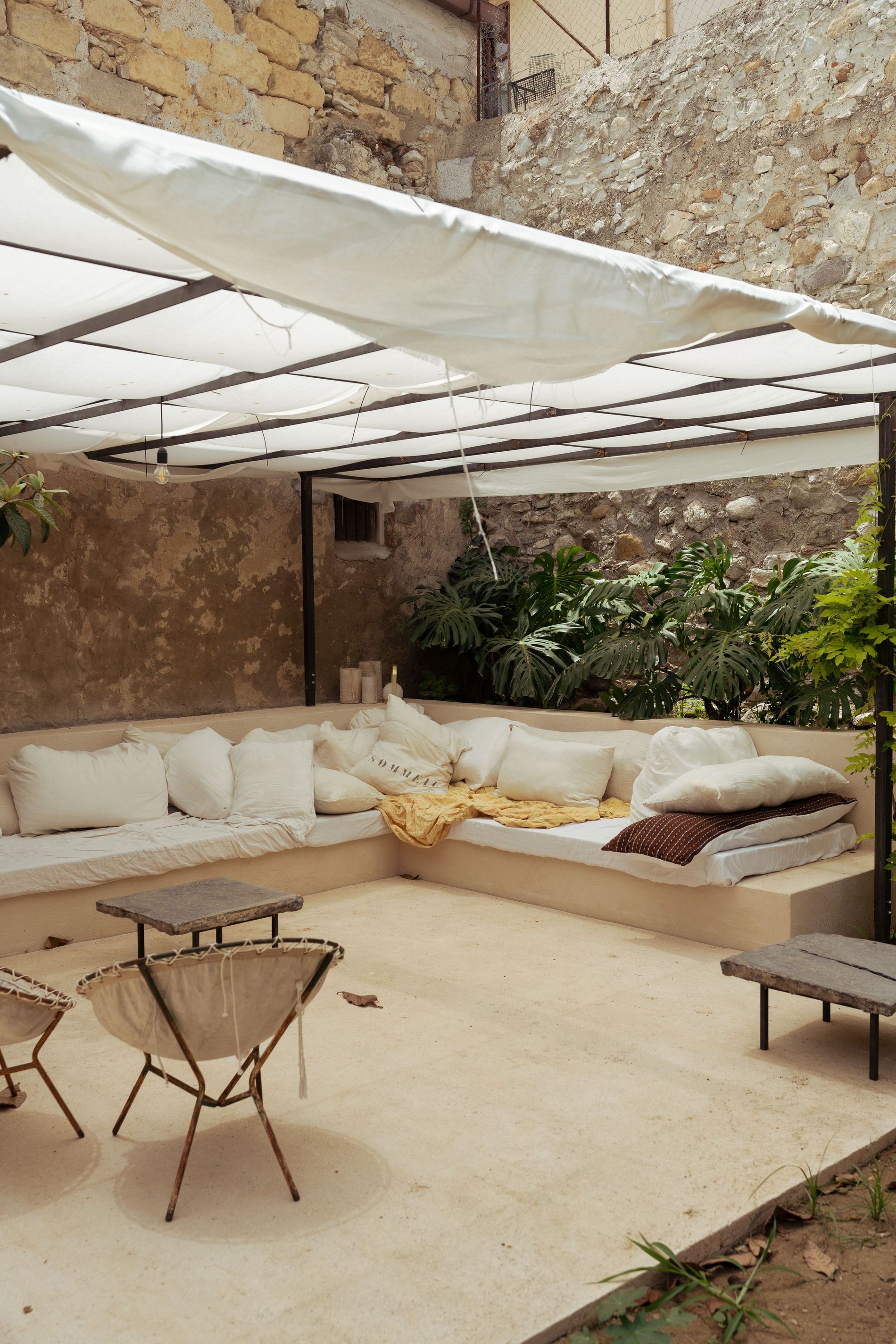 The resulting visuals of Olsson Nylander’s palazzo, dressed and draped in Arne Aksel from room to room, touches heavily upon Aksel’s own mantras about what role curtains and textiles can play in space, and how they deserve to be treated. They must not be controlled too much, instead let to be fabric.” Here in Denmark, people believe that beige is our culture, which is wrong — we have had the likes of Verner Panton cultivating our colourful legacy. People say they like minimalism, but I point out you could paint your whole room red and still have it minimalistic.” 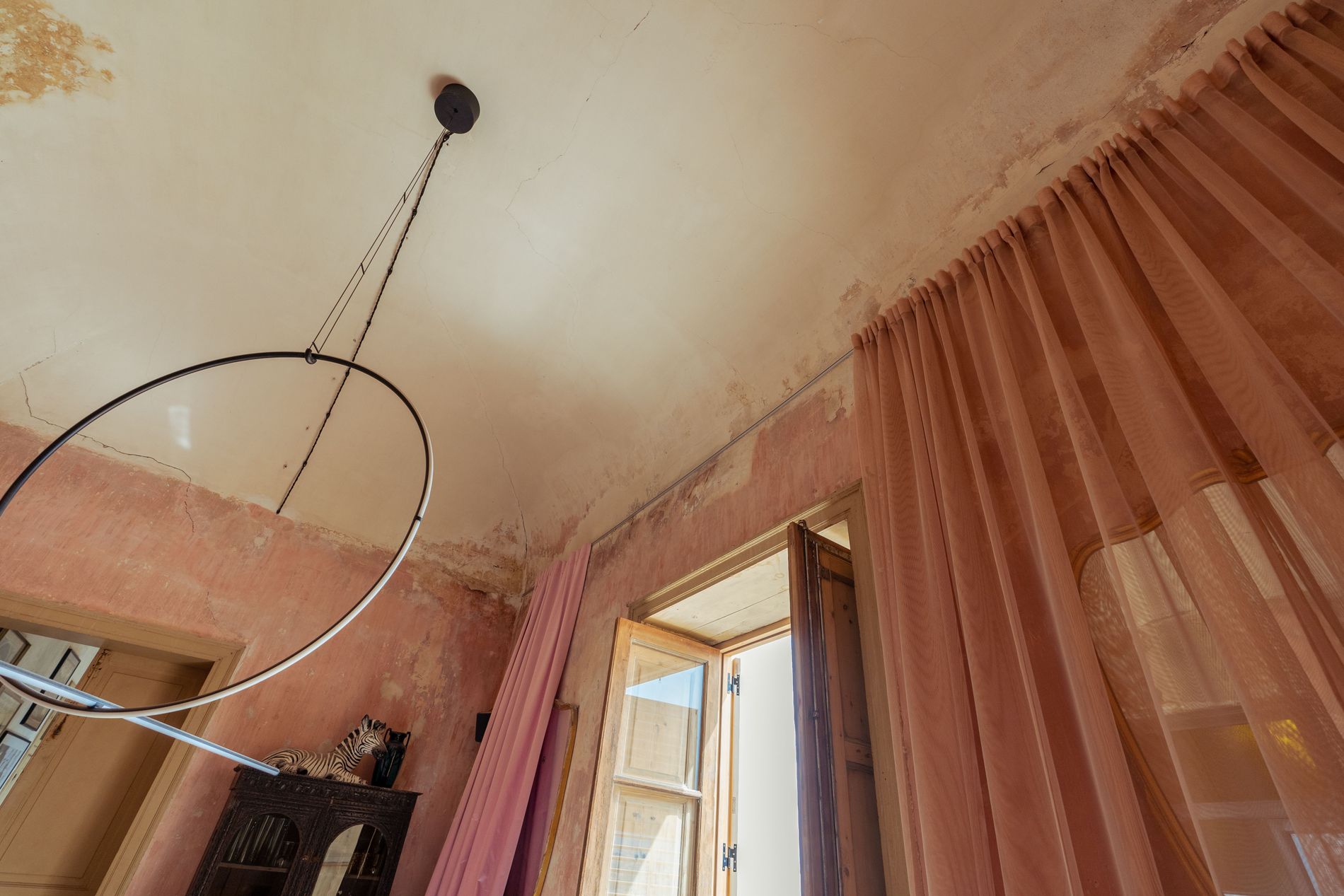 Aksel is on a quest to surprise, expose and provoke us all to see the room as a space for celebration and inspiration, of which he has captured in this enchanting project with Olsson Nylander. The power and meaning of colour to Aksel is something to be unleashed, rather than harnessed and locked away. An unapologetic and wickedly funny character, Arne Aksel is leaving his mark.

“I always say to clients, you should have red in the bedroom. They normally look worried and exclaim ‘but isn't that a bit pornographic?’ of which I say ’that cannot be a bad word for a bedroom!’” 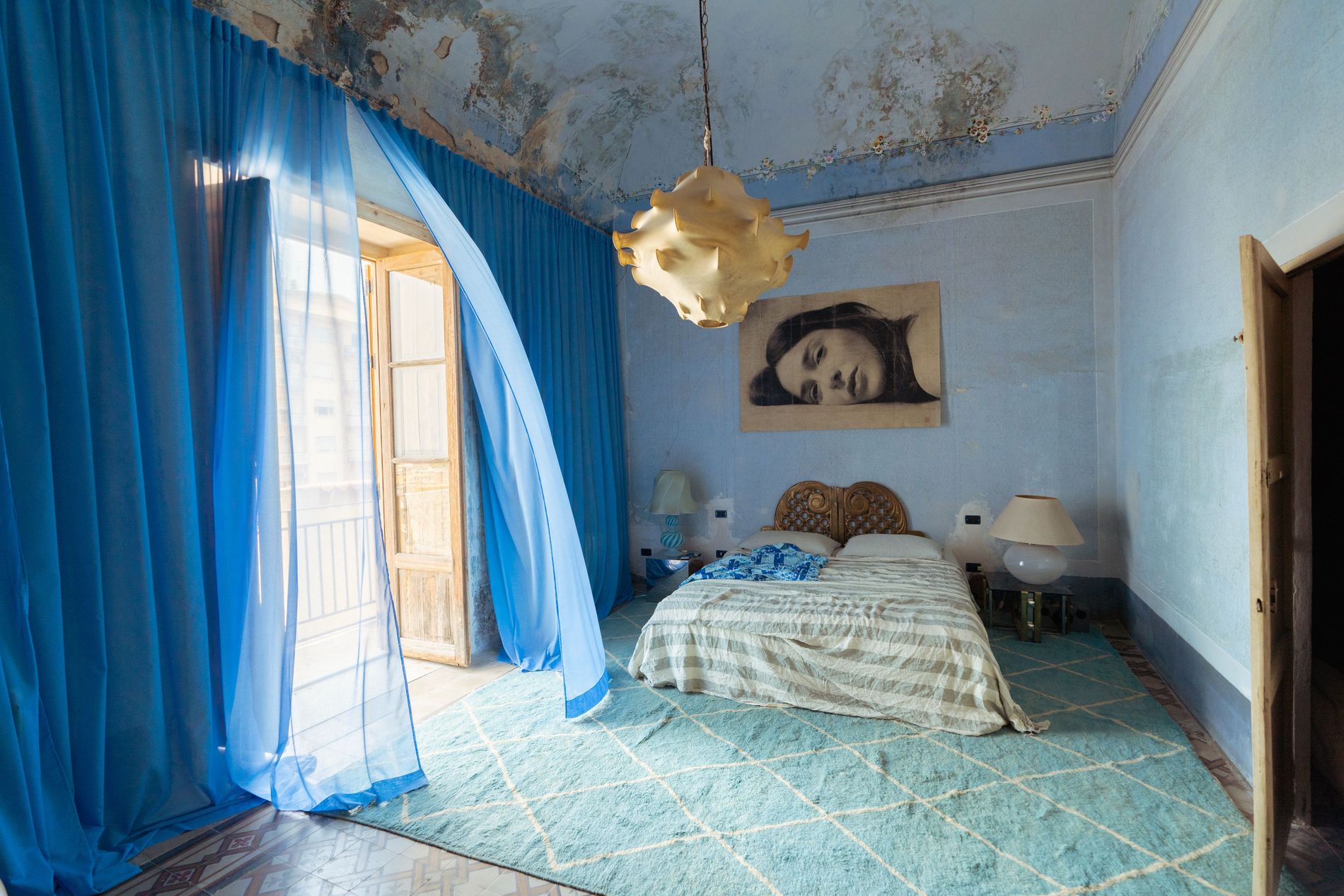