"Everything is a little bit too short, too tight, too dramatic or too oversized. Rotate has to be extra.”

Rotate creative directors Thora Valdimars and Jeanette Madsen are both Libras (the one with the scales, for non-astrologers) so it’s unsurprising that they would be preoccupied with dualities. For AW22, the designers directly explored dualism – masculinity vs femininity, bodycon vs oversized, black vs white – in a collection that still stuck to the “let’s party” ethos fans of the brand know and love. “Everything includes some ‘extra’ element,” say Valdimars and Madsen. "Everything is a little bit too short, too tight, too dramatic or too oversized. Rotate has to be extra.”

Related: Emily in Rotate: Lily Collins spotted in the Danish label in 'Emily in Paris' 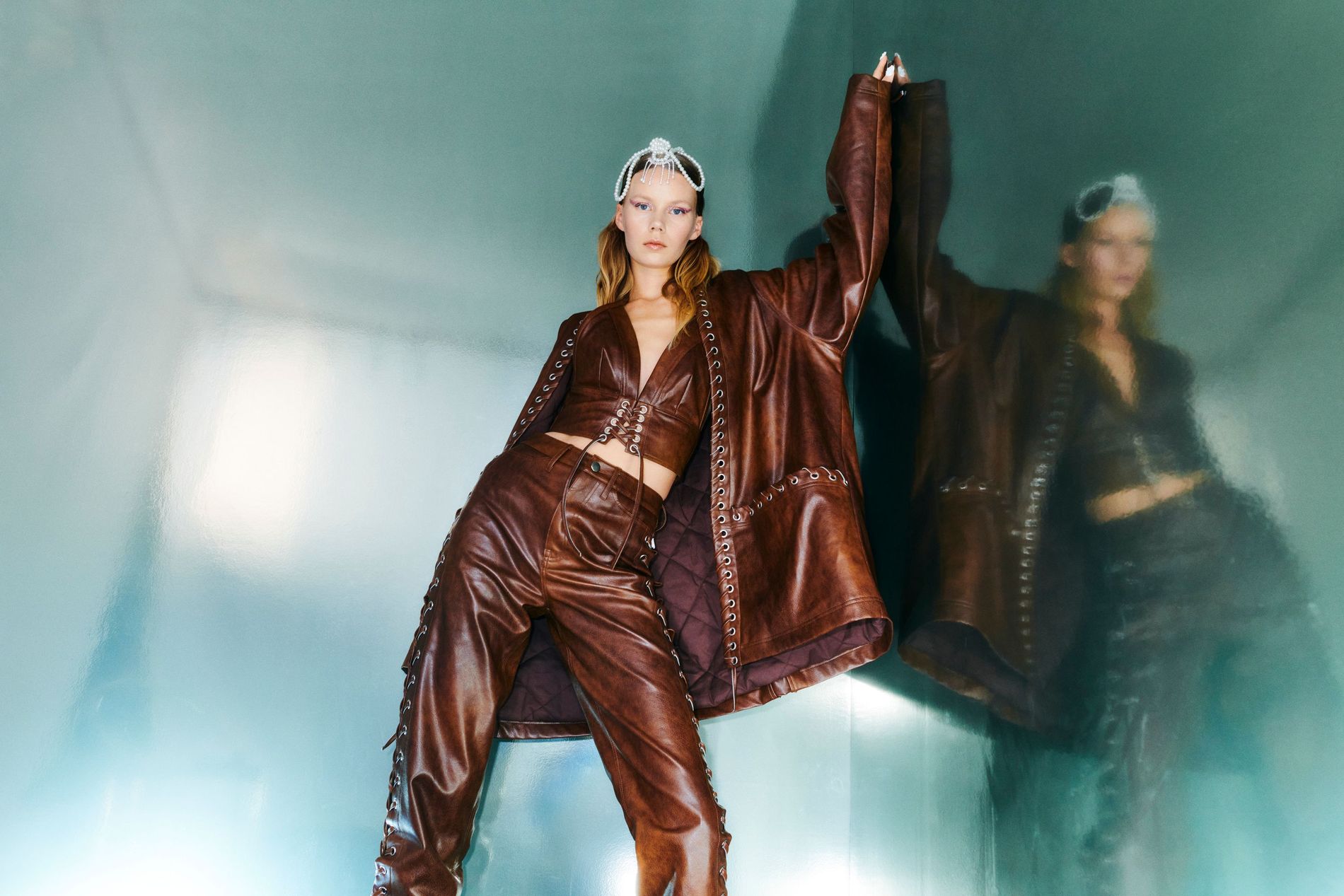 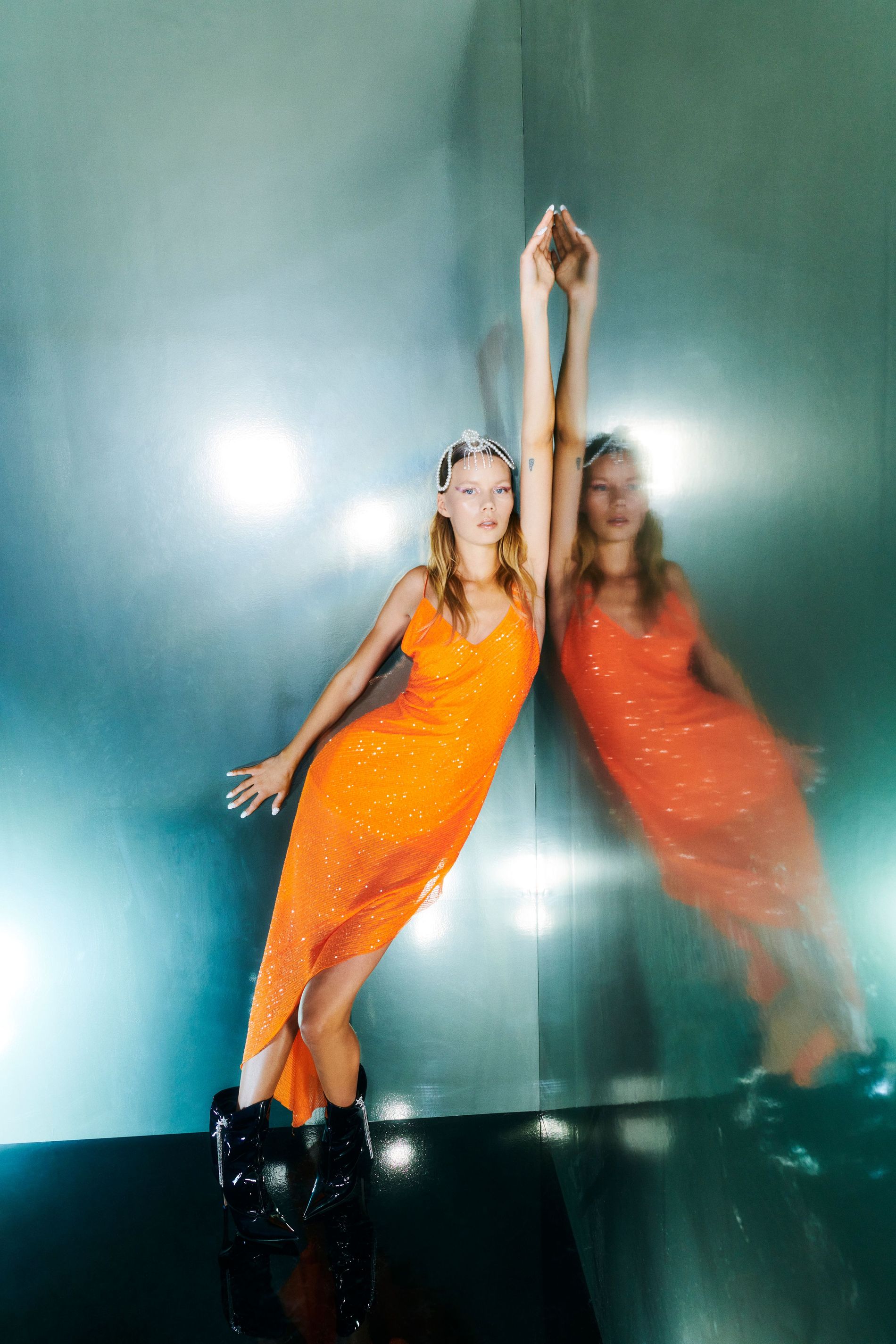 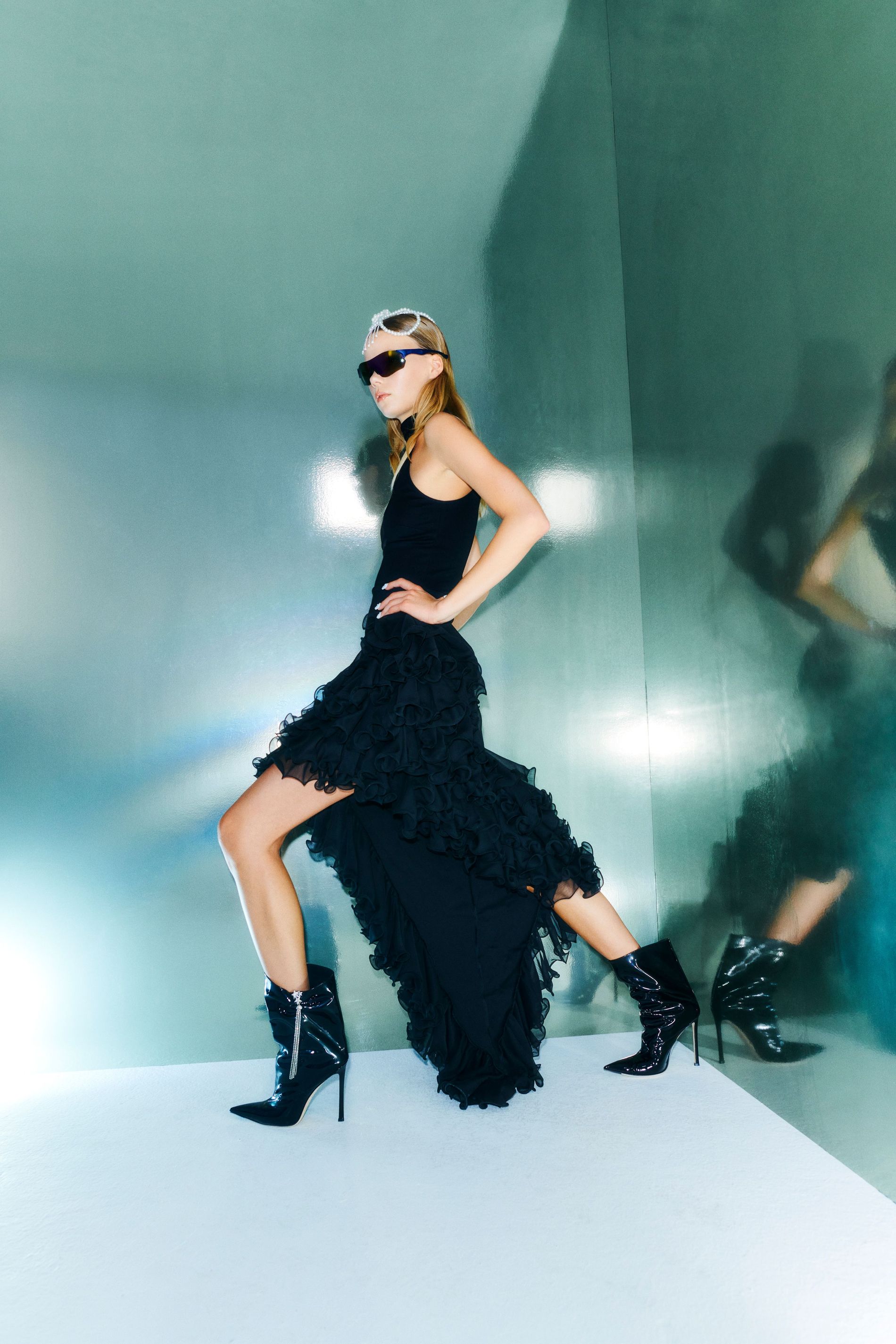 Femininity thrives in the Y2K-inspired elements, chief among them hip cut-outs, glitter-heavy fabrications and slinky party dresses. In short, looks that appeared to have walked directly off the set of Euphoria. Meanwhile, masculine looks embraced the strong, silent machismo of American cowboys – brown vegan leather, a denim vest with jeans and jacket to match. “We love the lace-up details on our vegan leather pieces, as seen on pants, a corset-inspired dress, and a jacket. It takes it to a sexy and raw place that we love,” the designers say. Second-skin cow print bodysuits seem to thread – or heard, perhaps – the stories together.

Related: Rotate and Diemme stomp onto the scene with a chic new boot to solve the winter woes 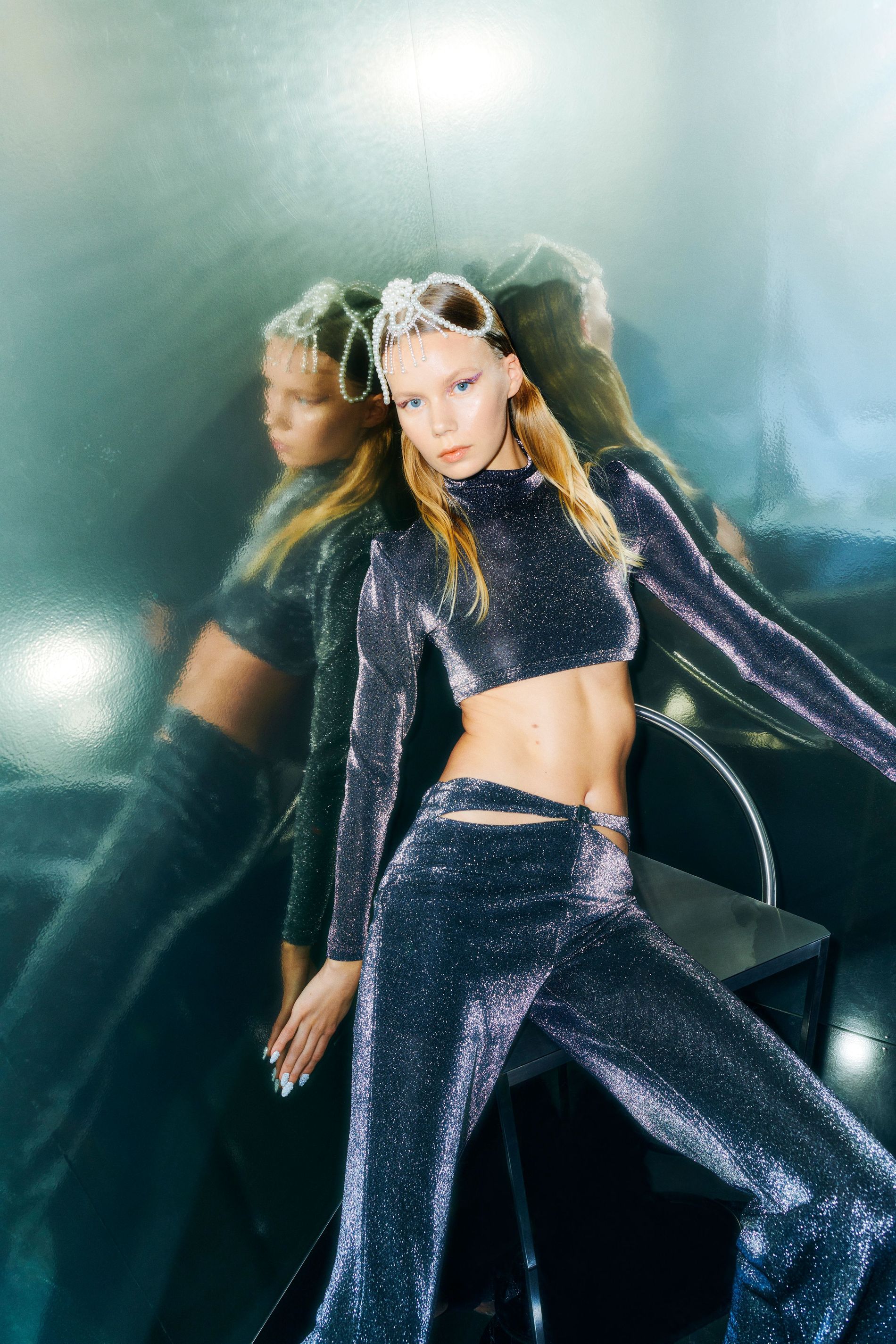 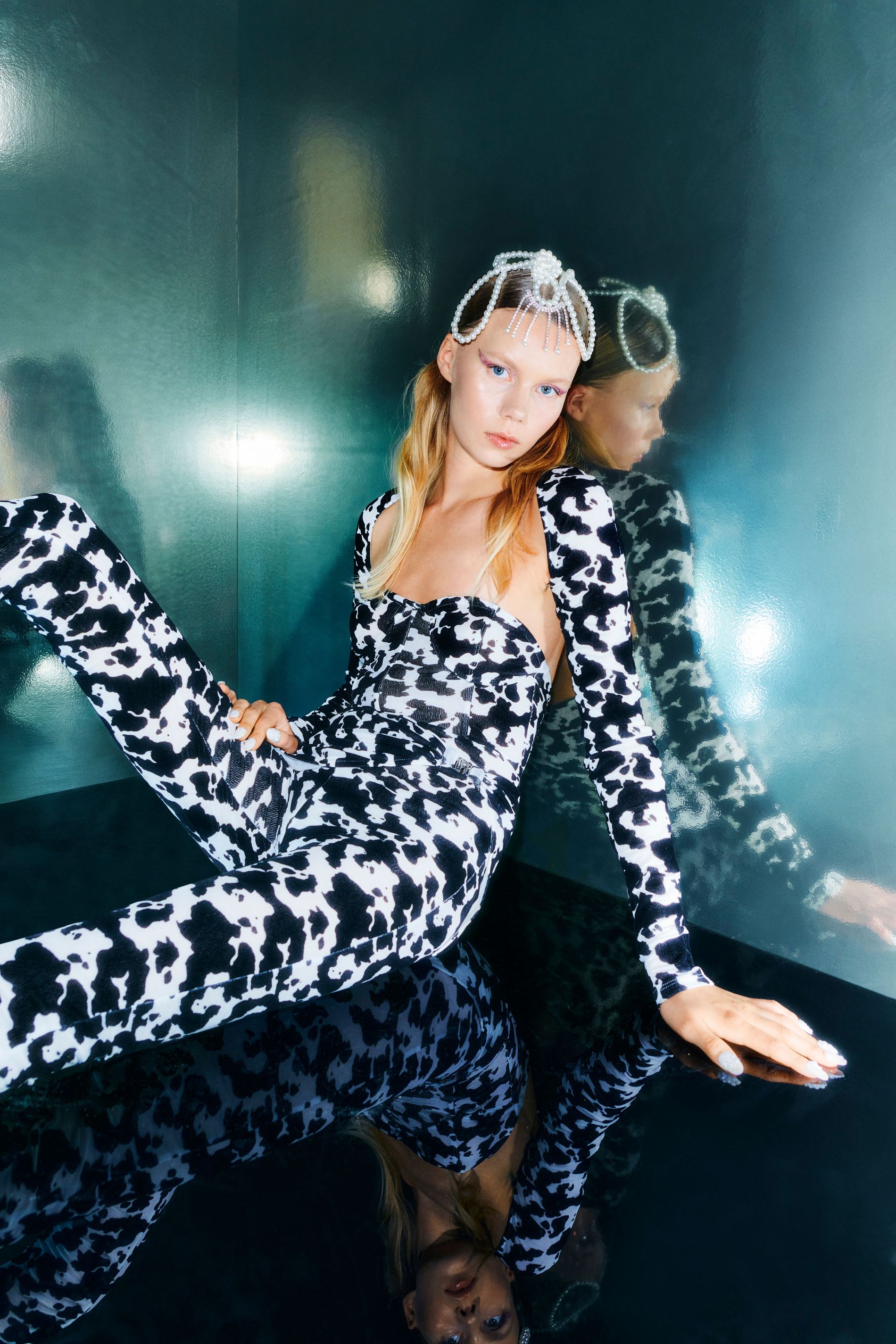 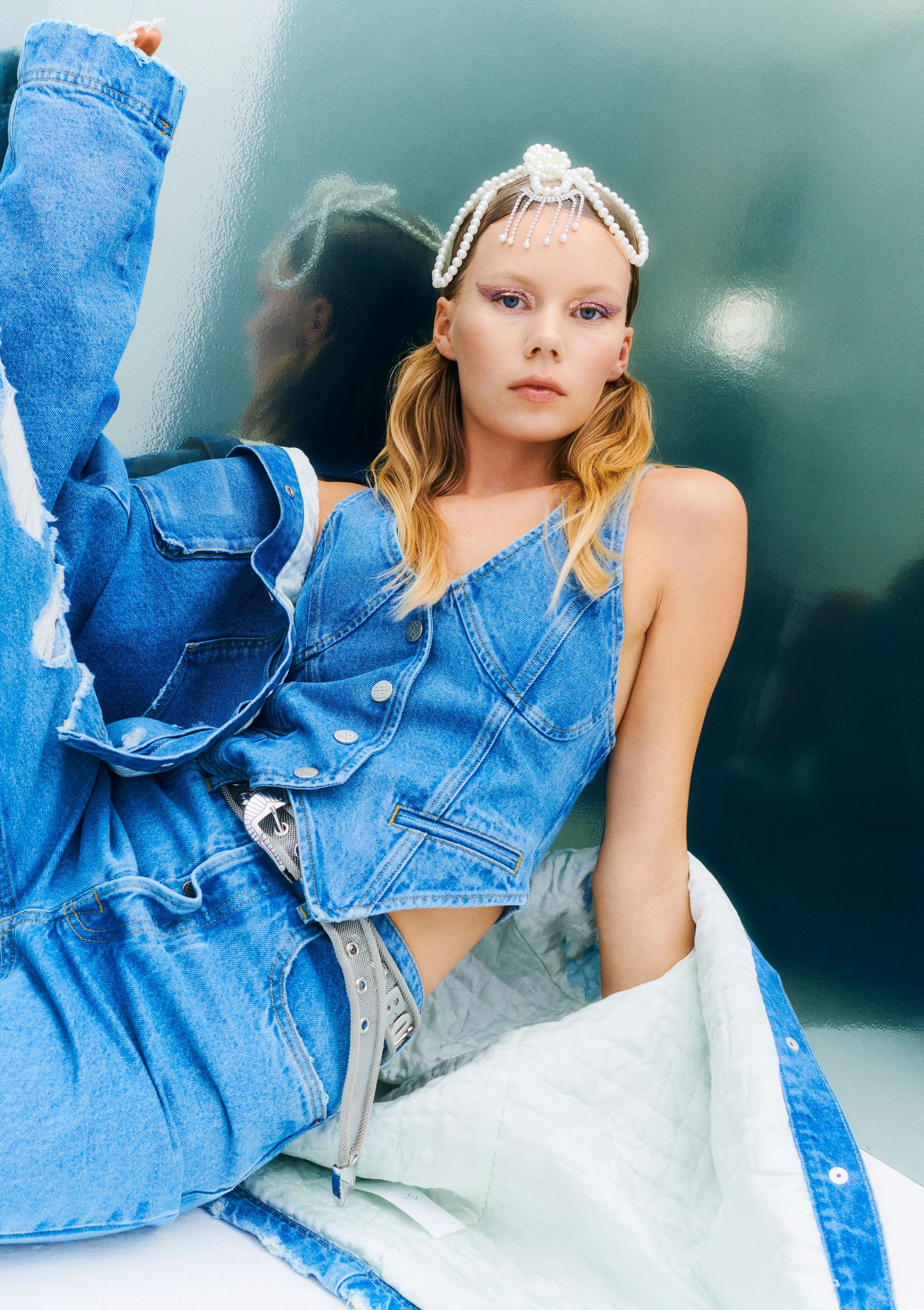 Meanwhile, duality presented itself in a more literal way, via the yin-yang symbol that recurred throughout the collection.

As for Valdimars and Madsen’s favourite pieces? They fall characteristically on both sides of the scale. Valdimars is “obsessed with the faded black glitter separates” while Madsen can’t get enough of “the black asymmetric ruffle hem dress.” “I would wear it for my 10 year wedding anniversary coming up in August,” says Madsen. “Which is also when this collection launches.”