Zalando celebrates Jarrah Kollei, who we have come to know as the winner of Finland’s Next Top Model – but this 25-year-old is on the brink of becoming known for so much more. Here, we learn more about the enigmatic artist, dedicated activist, discerning academic, and deeply inspiring woman of transgender experience

Jarrah Kollei won the very first ball that she ever attended. “My first encounter with ballroom was through the show Pose, and I thought that there was no such thing like this ballroom scene in Finland!” she tells me. But years later, she came to the realisation that there was, actually, a very active Finnish ballroom community. “I had been fooled!” Kollei recounts, eyes widening dramatically. “I fooled myself into believing there was no such thing [in Finland], a glamorous and inclusive community like that,” she laughs. Kollei took some Voguing classes with instructors, and after winning her debut walk, she found herself shaking in disbelief. “I’ve never felt so much love in a room. It’s a different world, really a different world.”

This foray into ballroom offers a snapshot of Kollei’s innate star quality, but also her deeply considered manner. Dressed in a simple black boat-neck top, she is the true picture of poise throughout our conversation, taking place just a few days ahead of her first Vogue Scandinavia photoshoot, to which she has recruited two close friends – and prominent figures within the ballroom scene in Finland – to star alongside her. 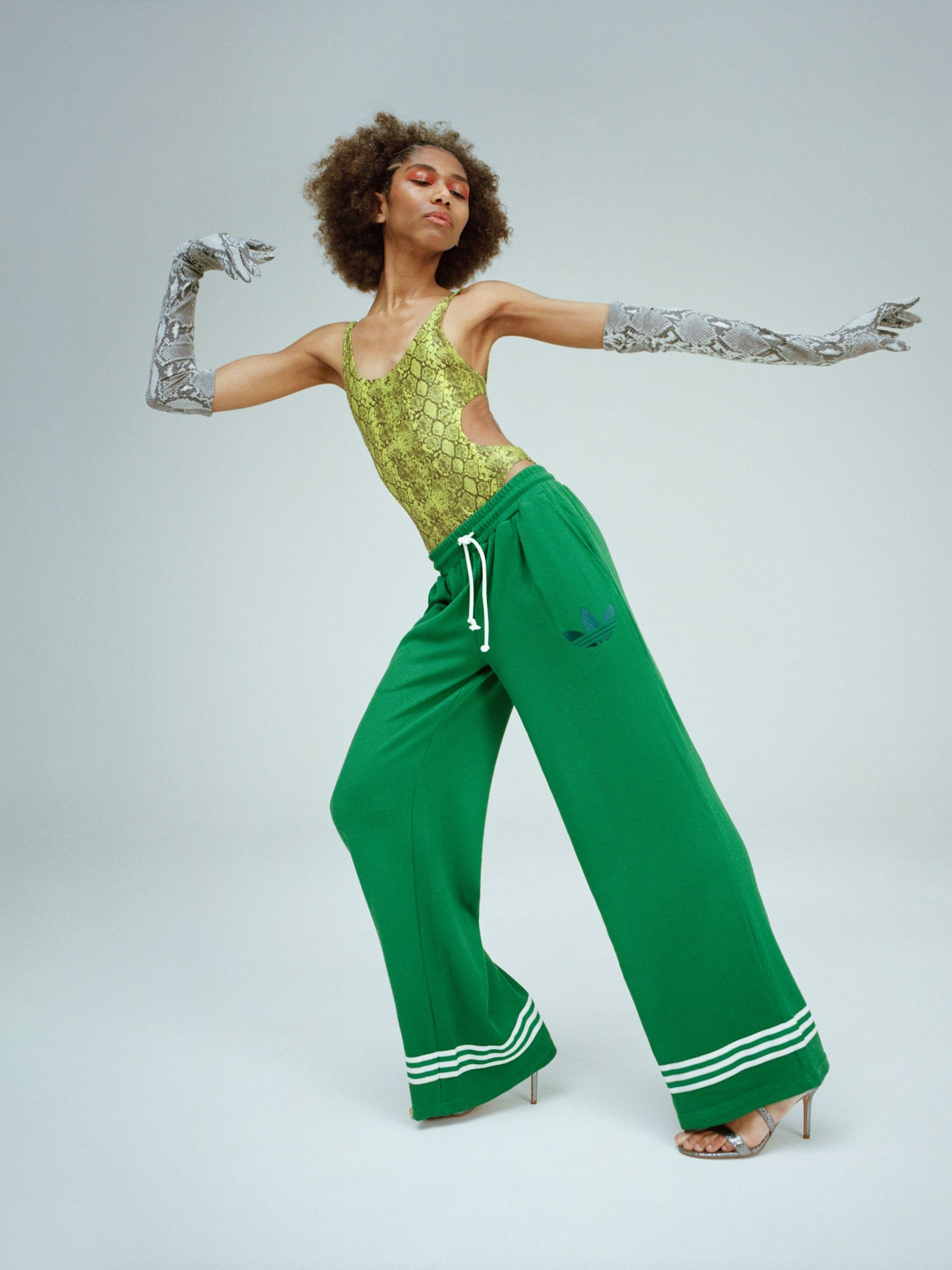 “When I first learned about the concept for the shoot, I was so happy to hear that ballroom was incorporated in the direction, because it has been so historically important in fashion, but it is not always acknowledged for its influence. It’s always been part of this display of creativity and progression – and transgression – of boundaries and norms. My initial thought was that I need to get this right, it’s a matter of respect’,” says Kollei, who has personally taken the time to study the history and nuances of ballroom culture.

She speaks softly, but with conviction, as she recounts her initial uncertainties about modelling. As a child, Kollei pored over fashion magazines and tip-toed across her living room pretending to be a runway supermodel. Kollei came out at the age of 13 and throughout her teenage years, received initial interest from modelling agents. But she couldn’t grasp how her dream could be compatible with her other values and personal goals. “I didn’t have the knowledge of the industry, and didn’t understand how I could combine my passions for modelling and activism.”

Activism is hugely important to Kollei, who completed a Masters of Social Sciences, Global Development Studies, at the University of Helsinki earlier this year. We chat about her multidisciplinary studies, and how equity, equality and intersectional feminism have become influential to her critical ways of thinking. There are extended pauses as we speak: Kollei is taking her time to formulate her next thought, and I am, to be honest, a little taken aback by her quietly powerful intelligence.

“During the end of my studies,” Kollei says, “I was really questioning, ‘What is my role? How can I foster changes that I believe in?’ And I thought back to my life, my experiences, my interests, and asked, ‘What do I want to do?’” The Covid pandemic sparked further self-reflection, with Kollei soon uncovering the ways in which others were combining modelling and activism, flipping her perception of what she previously believed to be a superficial pursuit. “So then, I could really see the connections between my studies, my artistic ambitions, and my love for modelling and activism,” Kollei reflects. “People are complex, they can do many things,” she adds.

I know that it’s still considered a radical act for people like me to simply exist.Jarrah Kollei 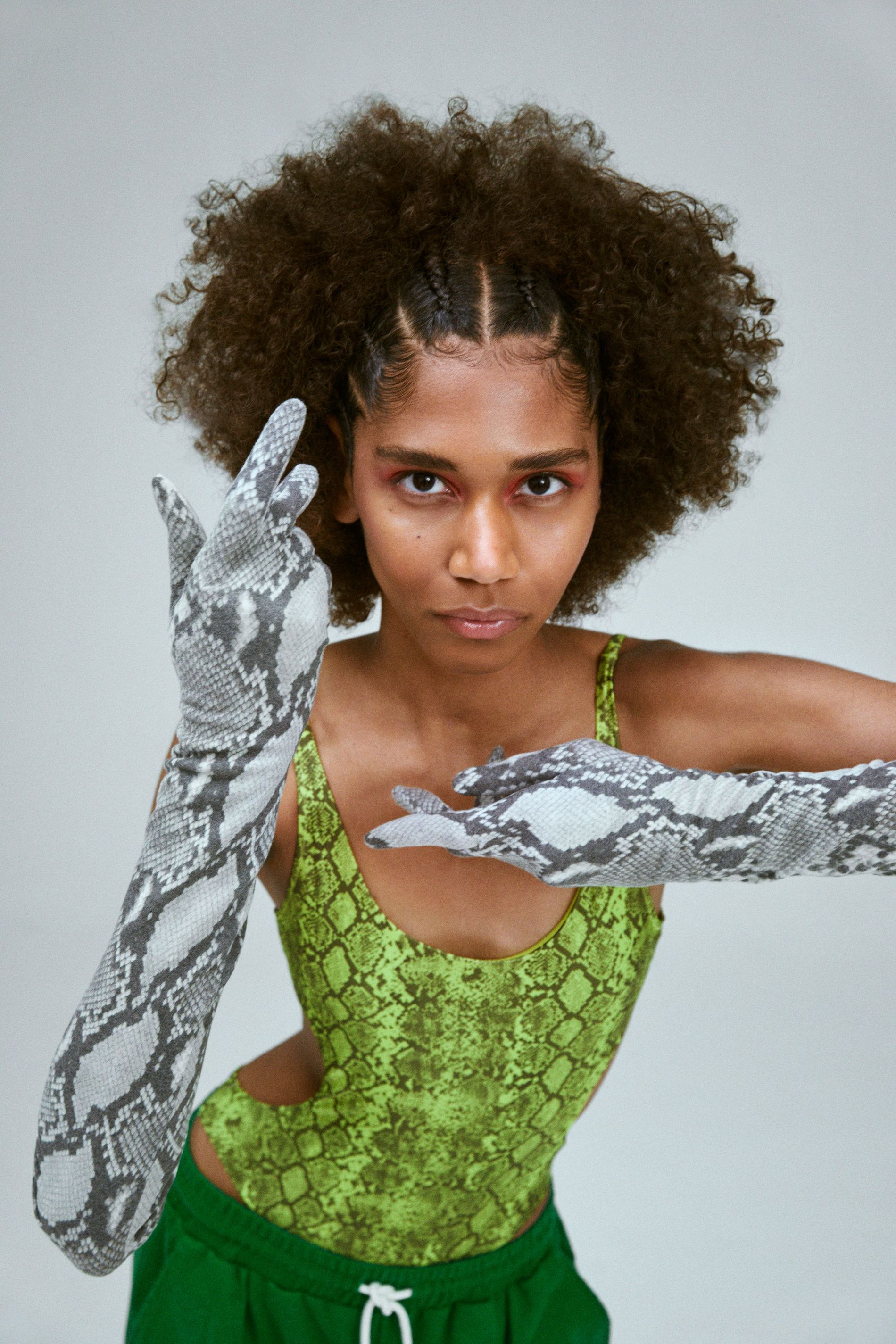 While she has contributed to many human and animal rights initiatives, Kollei’s greatest activism to date arguably lies in her act of representation.

“Unfortunately, I know that it’s still considered a radical act for people like me to simply exist. And that’s terrible” she says, solemnly. “On a global scale, people like me are being killed daily. But they shouldn’t be afraid, shouldn’t be persecuted, and shouldn’t be fearing for their lives. This type of work – representation – it matters and I am honoured to do it.” 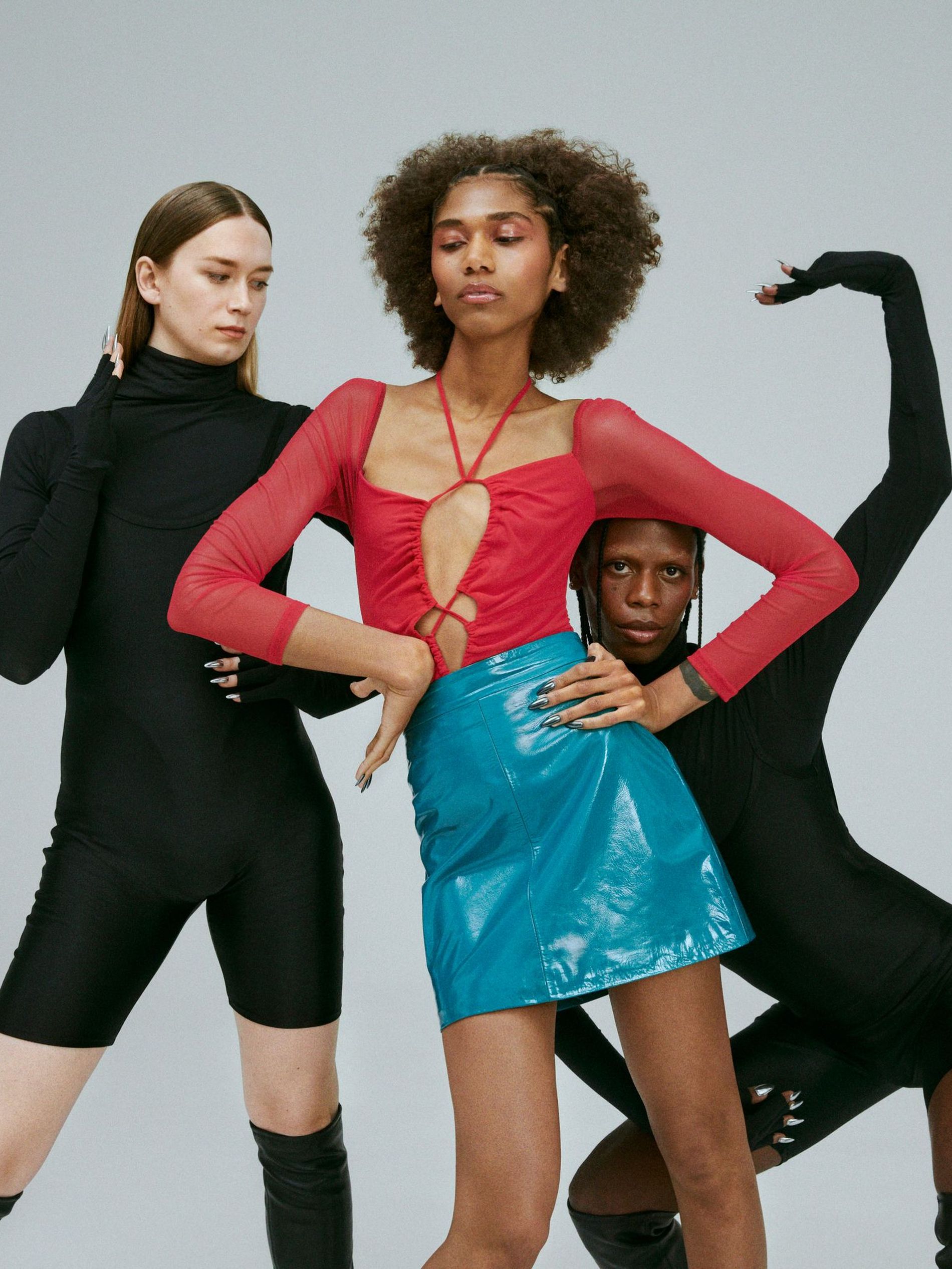 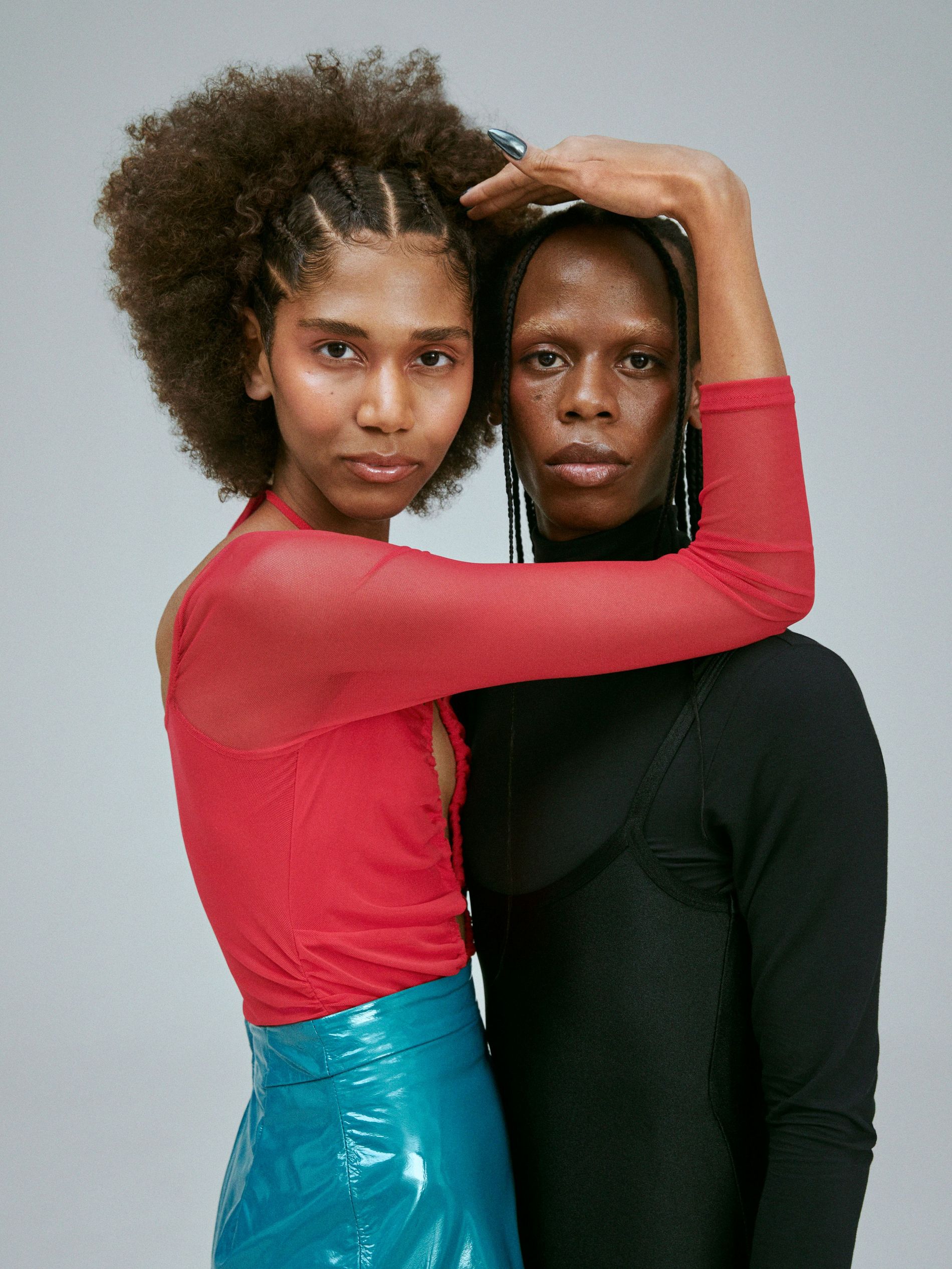 The journey of self worth and identity is a work in progress for Kollei, something that she is very open and transparent about. Growing up in a village in the countryside of Finland, with a Finnish mother and Gambian father, she says her main priority was conforming to the homogenous community around her. “Fitting in was the main thing for me, for survival,” Kollei says. “Ignoring my Gambian roots, now that I reflect on it, was a survival mechanism. And now as an adult, I can see how damaging that was, and I am sad that I have neglected that part of myself.”

Being you is everything that you’ve got. If you lose yourself, you haven’t got anythingJarrah Kollei

Kollei is now actively reconnecting with her roots. “The process is slow and it’s only begun, but I am approaching this from the point of view of literature, art, music, smells, food… everything like that,” she explains, “and I plan to visit my father’s country.” Another crucial way that Kollei is connecting with her father’s African roots is through hair styles. “Women’s hair in African cultures are considered ‘crowns’, and different hair styles are used in the expression of identity and culture. I am learning to style my hair in different ways, like braids and locks, and to really honour my hair,” she tells me.

When Kollei talks of survival, sadly, I sense that she means it quite literally. She tells me that without the support of her mother – who she considers a role model and a source of inspiration – she wouldn’t be here today. “And by that, I mean that I wouldn’t be alive.”

We chat more about role models, and while she has many artists that she admires, she decisively names Lady Gaga as one of the most influential to her, as her clear, intense gaze breaks into a beaming smile. “Her art and form of expression has fascinated me since I was a pre-teen. Because I came out and started my transitioning process when I was very young, I think Lady Gaga really resonated with me because she reinvents herself, on her own terms, constantly. She really showed me that you can define yourself, and that’s powerful,” she says. “And her activism. The way that, for Lady Gaga, her art and her activism have this indiscernible relationship – I really admire that.” 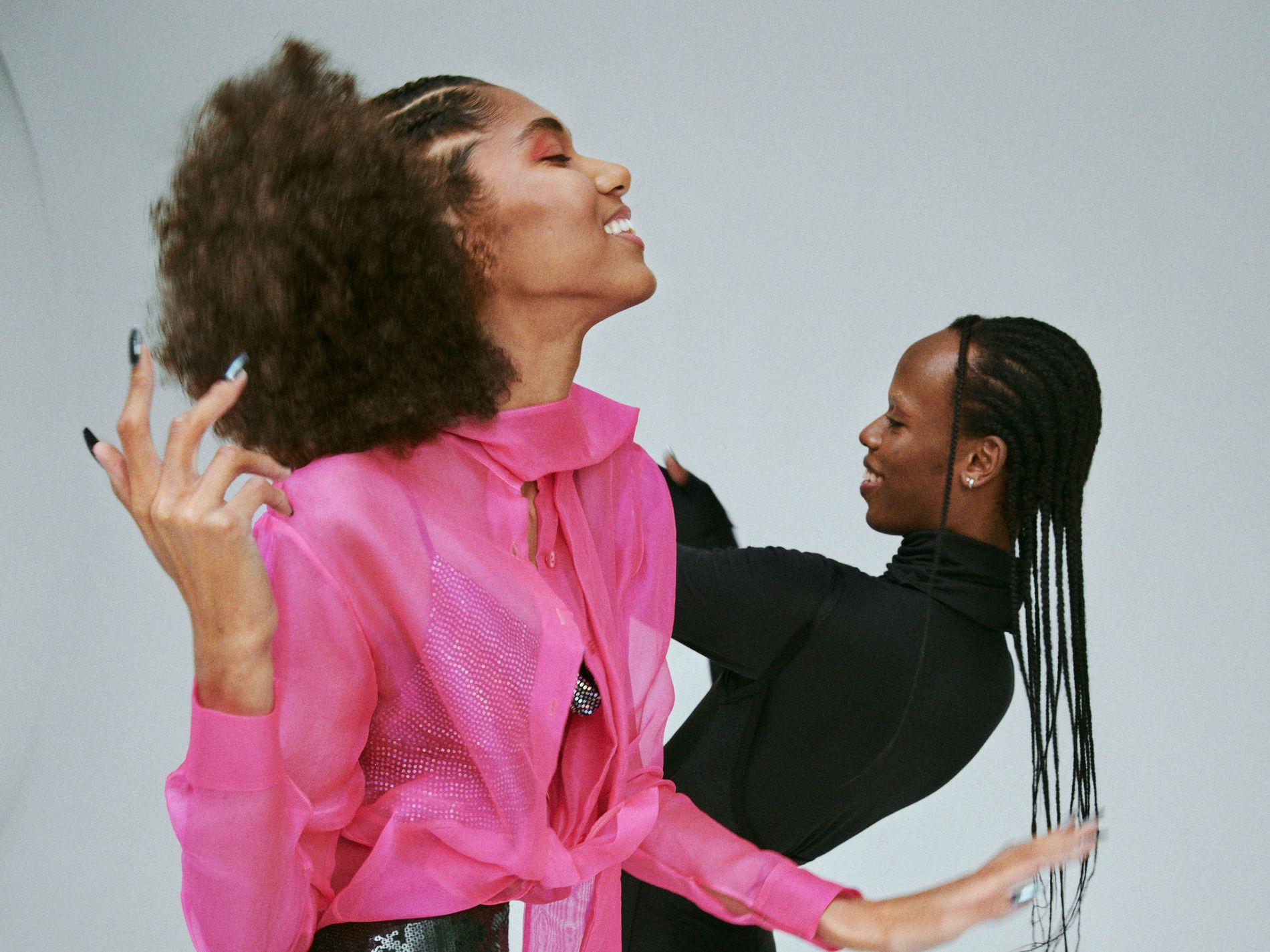 Kollei’s poised frame and striking features are the stuff of a supermodel in the making - but it’s her determination to embrace all of her passions, values and beliefs that really make her one to watch. I ask her what advice she would give to others considering modelling, or even to herself as she embarks on a new chapter `- with the Top Model crown on her head and a masters under her belt. “Authenticity and boundaries,” she responds, explaining how she believes the two things feed into each other. “Boundaries come from the values, norms and morals that you have and I can really pinpoint values that I want to keep close to me in this industry.”

“And authenticity is your biggest asset,” Kollei says. “Being you is everything that you’ve got. If you lose yourself, you haven’t got anything.” 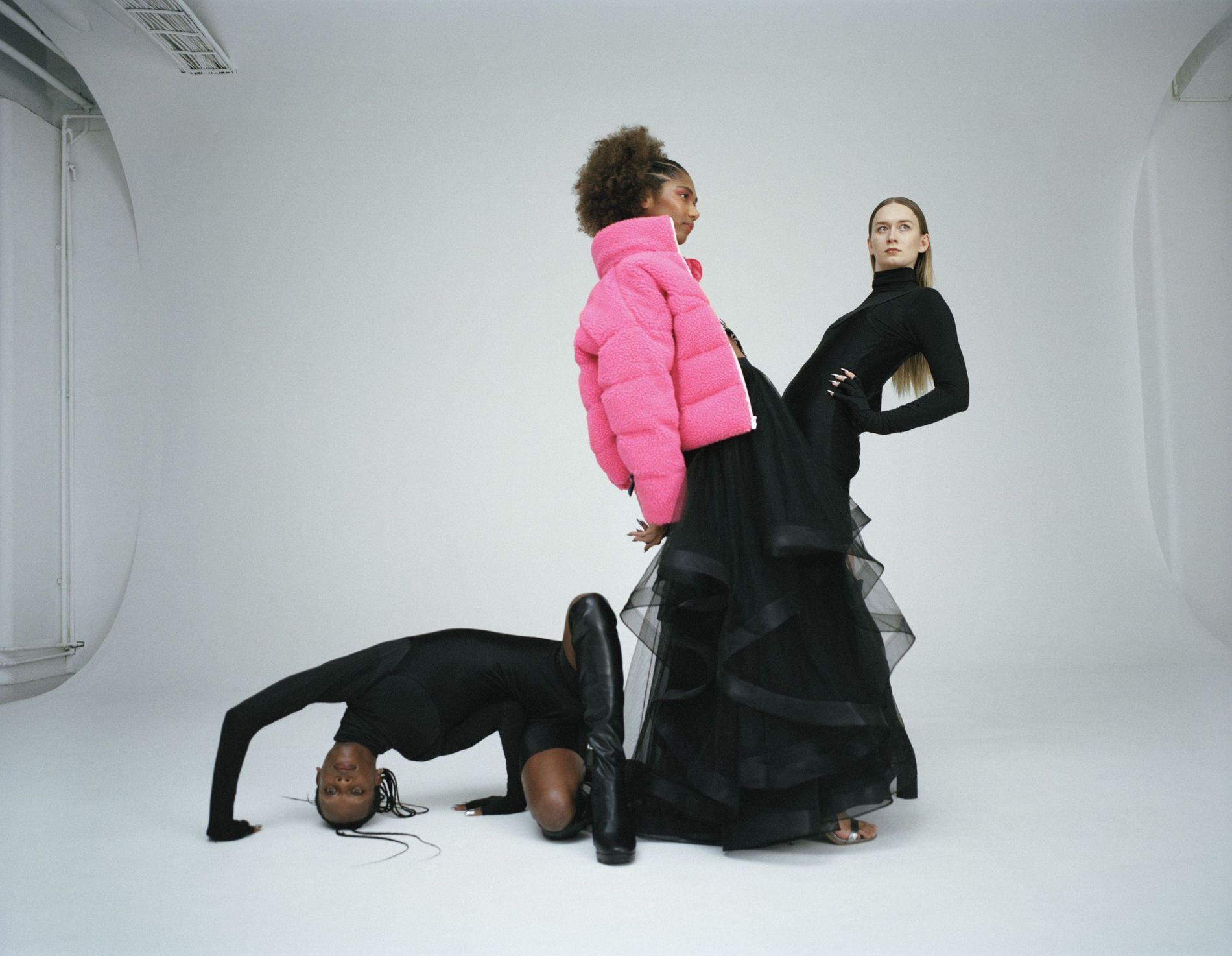