What do you get when you cross two of Stockholm’s most beloved brands? A totally 90s capsule that’s steeped in good vibes. Releasing today, the Our Legacy Work Shop and Byredo collab, aptly titled Byproduct, features the sort of easy items — from the relaxed denim to the graphic hoodie — you’re bound to toss on over and over again.

In many ways, Our Legacy and Byredo are spiritually linked. Those who favour the understated elegance of the former tend to also spritz a fragrance from the latter. They share a fastidious attention to detail — every stitch, every note is considered — and consideration for their output’s impact on the environment. Both exude that elusive cool. Even their respective founders, Our Legacy’s Jockum Hallin and Byredo’s Ben Gorham feel matched in their self-assuredness and unknowability — a slight air of mystery that lends to a successful brand. 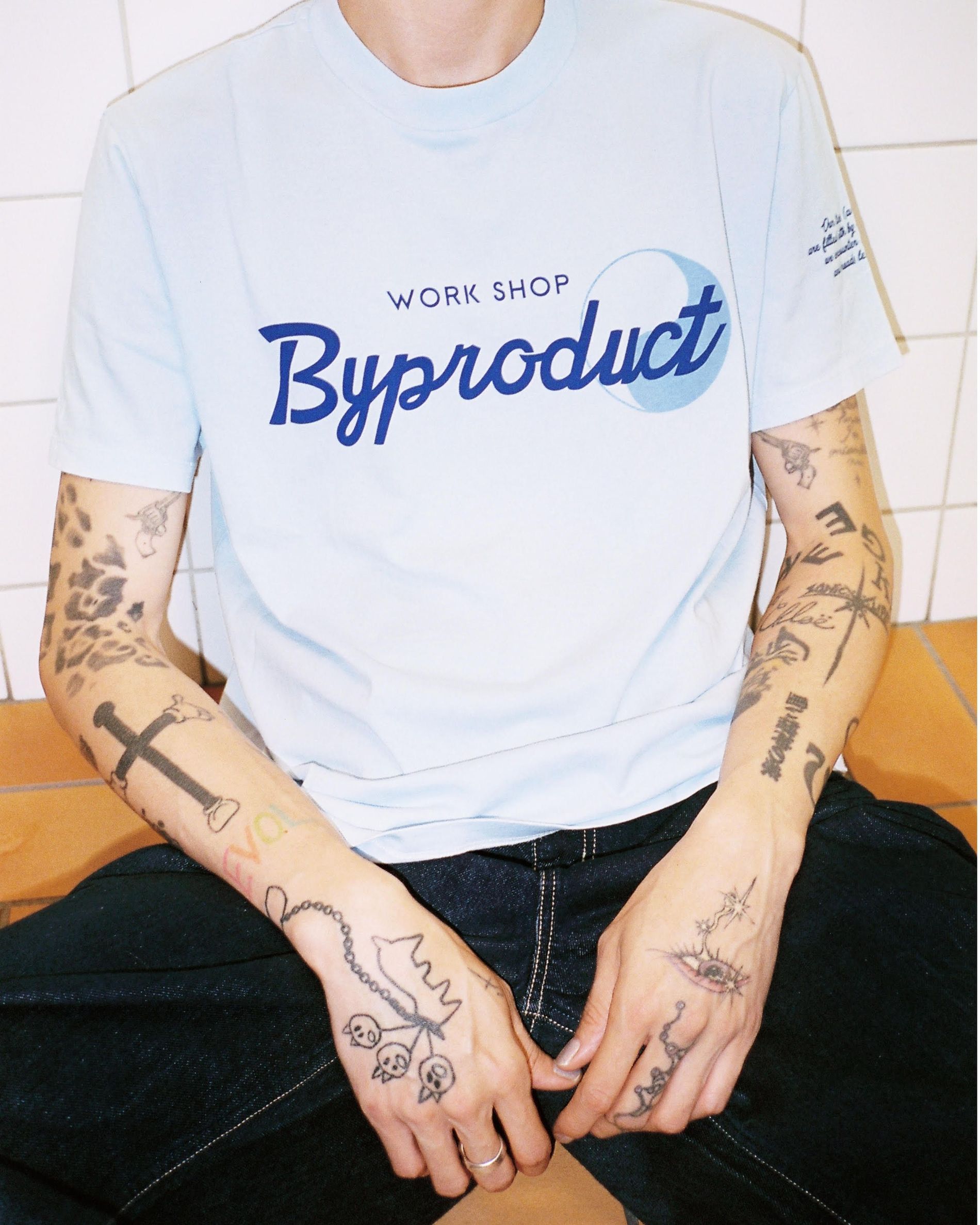 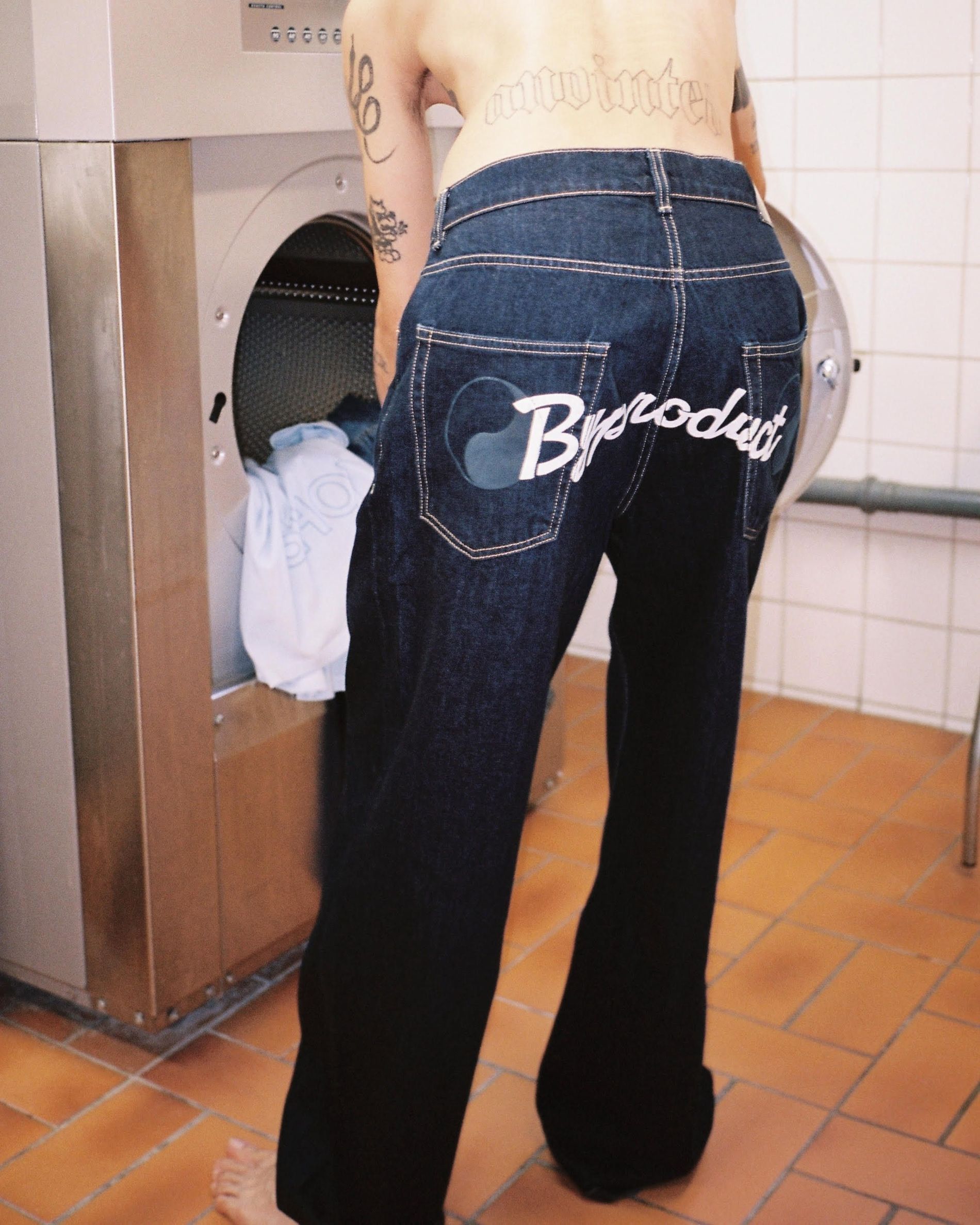 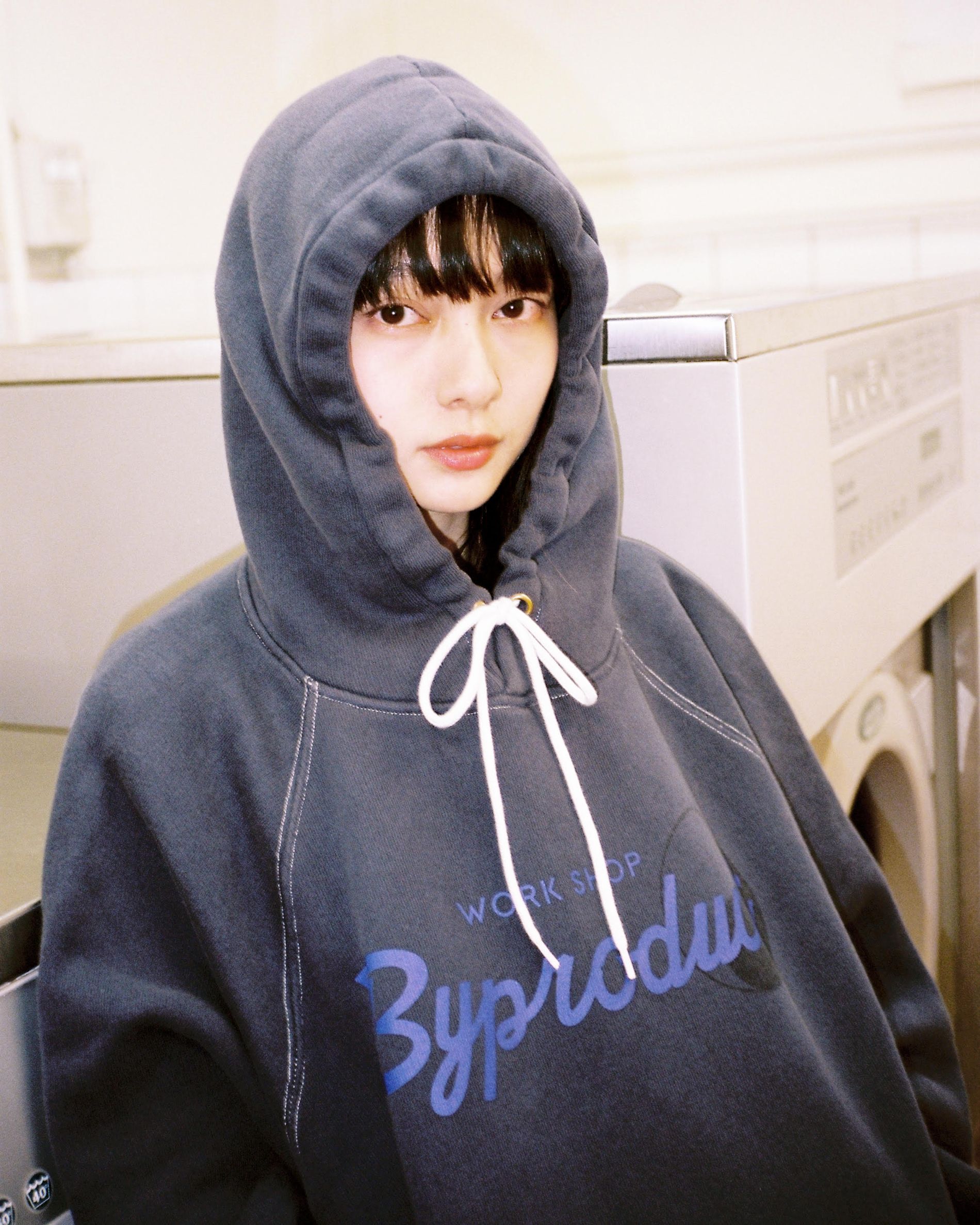 “Besides a mutual respect and admiration, I think both the brands and the persons behind the brands share a lot of things — values, aesthetic preferences, passions, years that were formative to us,” says Hallin. “And our home town, Stockholm.” It’s not the first time the two brands have collaborated. True heads will recall the co-branded upcycled pieces on offer at a Byredo pop-up in Paris in 2018.

Realised in shades of blue, from the deep indigo of the denim to the pale hued t-shirt the capsule is constructed primarily from deadstock Our Legacy items — hence “Byproduct” — overdyed and silk screened by hand. As an extra touch, the cap is a nod to Gorham’s basketball draft days, when he played the sport professionally. 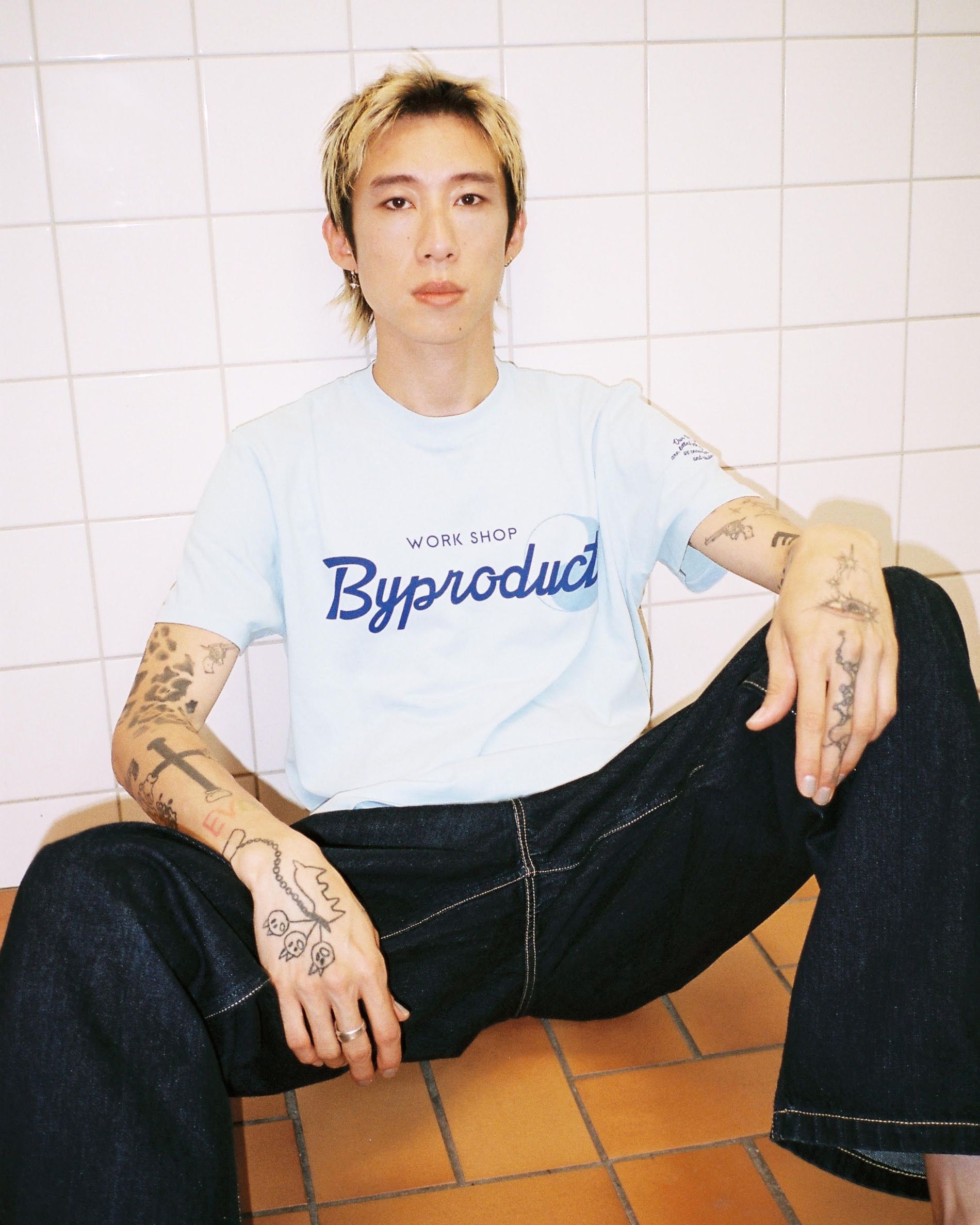 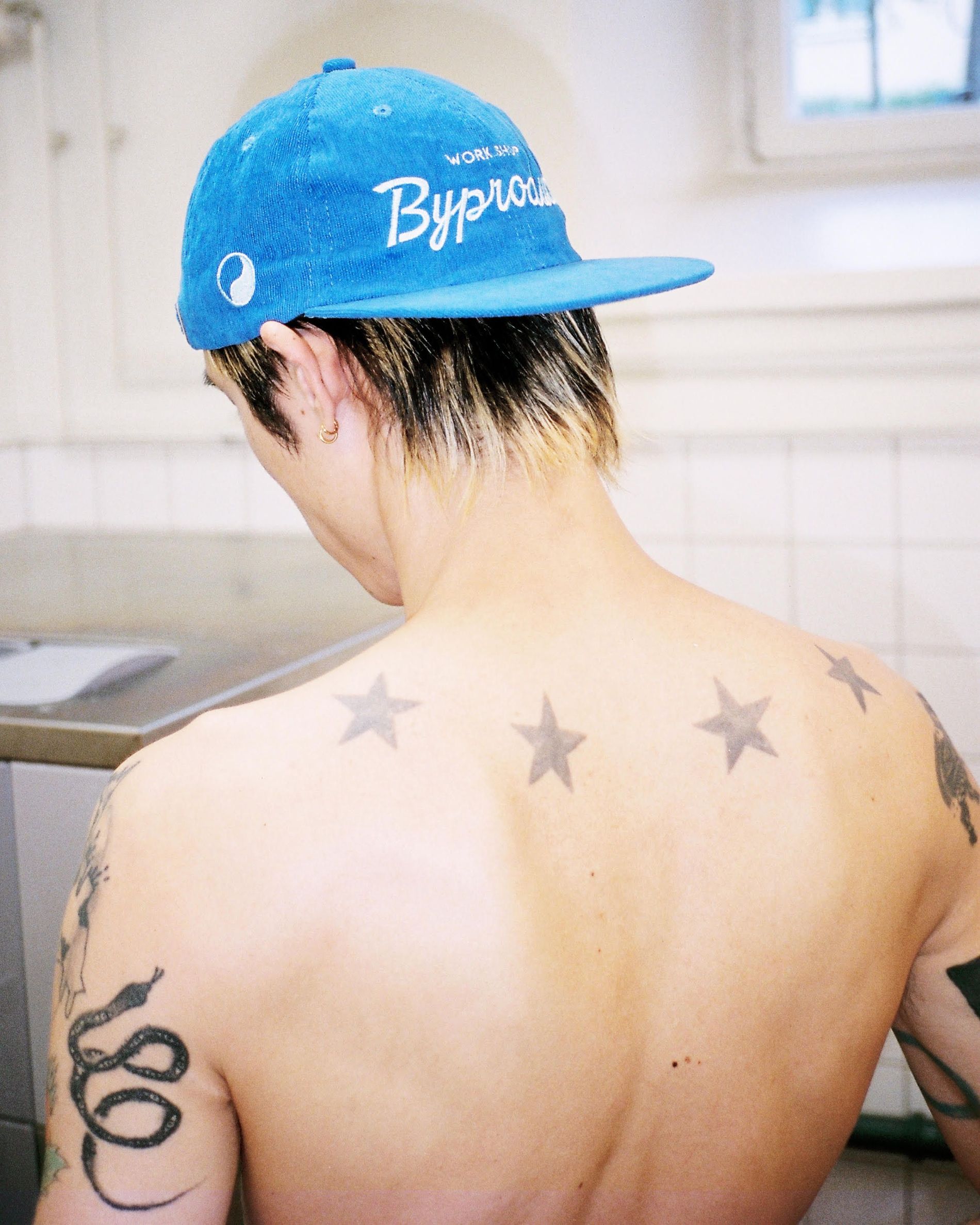 The relaxed silhouettes, effortless on men and women, are equal parts grunge and Californian stoner. It’s an era that, in addition to having a moment right now, speaks to both brands’ founders. “The 90s was the decade that formed us,” Hallin says, noting that 90s references still resonate today because they were so groundbreaking in their time. “Rappers today want to sound like Wu Tang, in 93, Nirvana saved guitar-based music forever and designers still look at Helmut’s 90s shows for inspiration,” he says.

While it’s easy to imagine every cool kid in Stockolm — and beyond — wearing Byproduct in the coming weeks (if they can get their hands on it. The items will be produced in very limited quantities) Hallin has another customer in mind. “I picture Aaliyah wearing it, surviving her plane crash because these pieces are so fly.”