With a range of tomes celebrating and exploring the Scandinavian fashion landscape, we round up the best books that dive deep into the heart of the creative industry

From an academic dissection of Scandinavian fashion photography to a lexicon of the Danish fashion industry, the books that have been released exploring the creative landscape in Scandinavia may not be plentiful, but there are nonetheless some fascinating dives into the facets that have come to shape our international reputation.

With a certain mystique having hung over Scandinavian fashion — what defines and inspires it — these books demystify and add a valuable perspective on style in the north.

Related: Why the Danish art of 'pyt' could be your cure to post-pandemic anxiety

'Fashioned in the North' by Anna Dahlgren 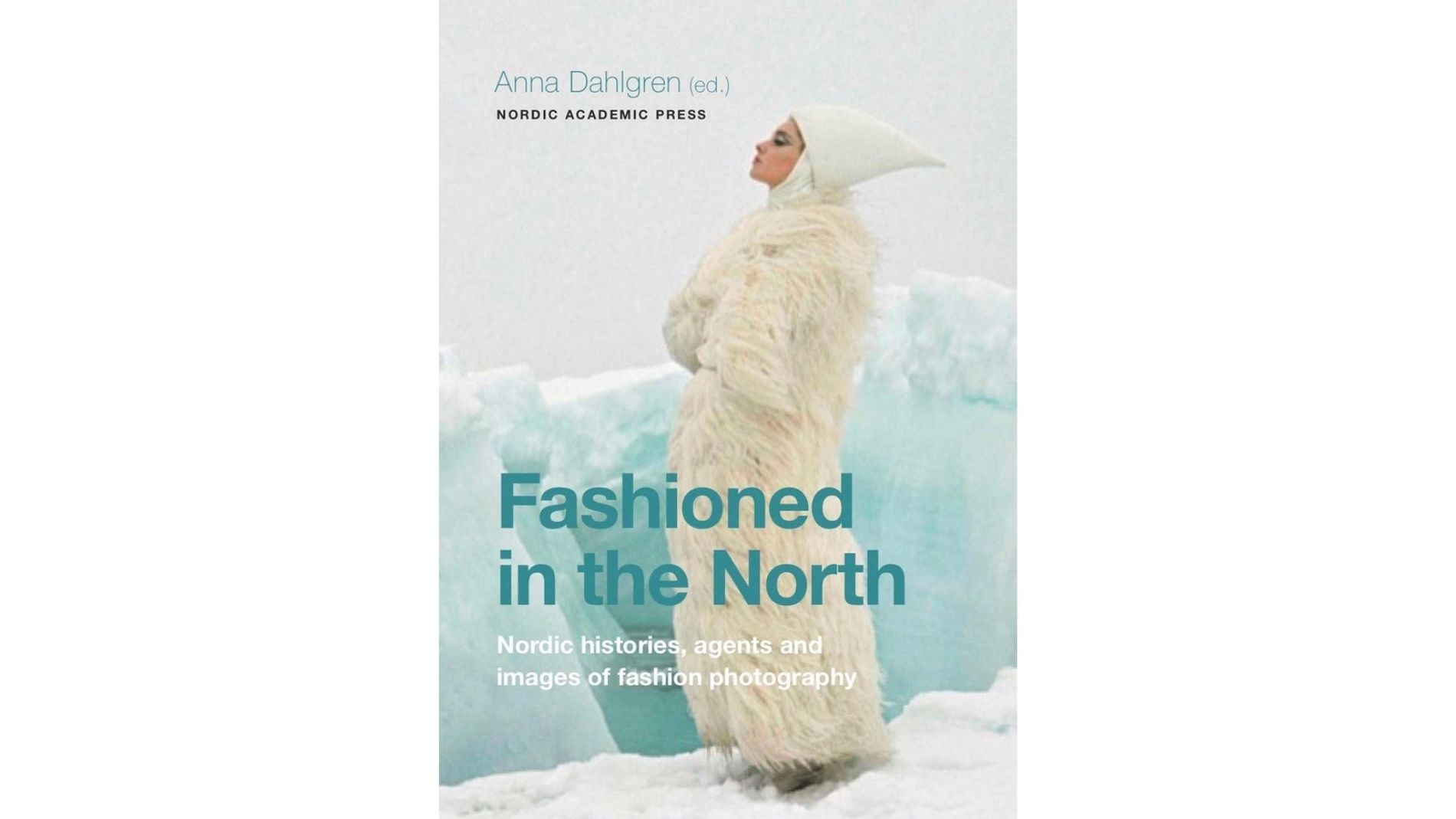 Fashioned in the North is an exposition of stories of images, photographers, publications and institutions that have attracted minimal attention outside the local Nordic academic community. Edited by the Swedish professor Anna Dahlgren, the book collates essays from a range of scholars, professors and experts in various fields that fashion traverses — visual culture, photography and gender.

“It initially started out as a one-day seminar in London at Westminster University in 2016, discussing Scandinavian style," says Dahlgren of the publication's inception. "As the first thing one thinks about is the minimalist style, we wanted to revisit that and think about whether there were any hidden stories and what does the contemporary fashion photography scene in the Nordics look like. It was a very open day of conversation and discussion, so I wanted to make something out of these discussions and it resulted in this book.”

Dahlgren explores how the study of fashion photography may be a prism through which we can uncover cultural, social, economic, and ideological aspects of society at present and in the past. “Historically, fashion photography has been neglected," she says. "Originally, the actual photographic prints were sold to the publishers, and once they had been printed in the magazine, they were subsequently considered trash and disposed of. A lot of these historic images have gone to the dust bin – as scholars what can we do to help preserve these histories for the contemporary eye?”

A deep dive rather than a light read, Fashioned in the North is a hugely insightful investigative work, and hopefully an encouragement for more to follow – the history of so many facets of the representation of Nordic fashion is deep, and deserves to be constantly examined. 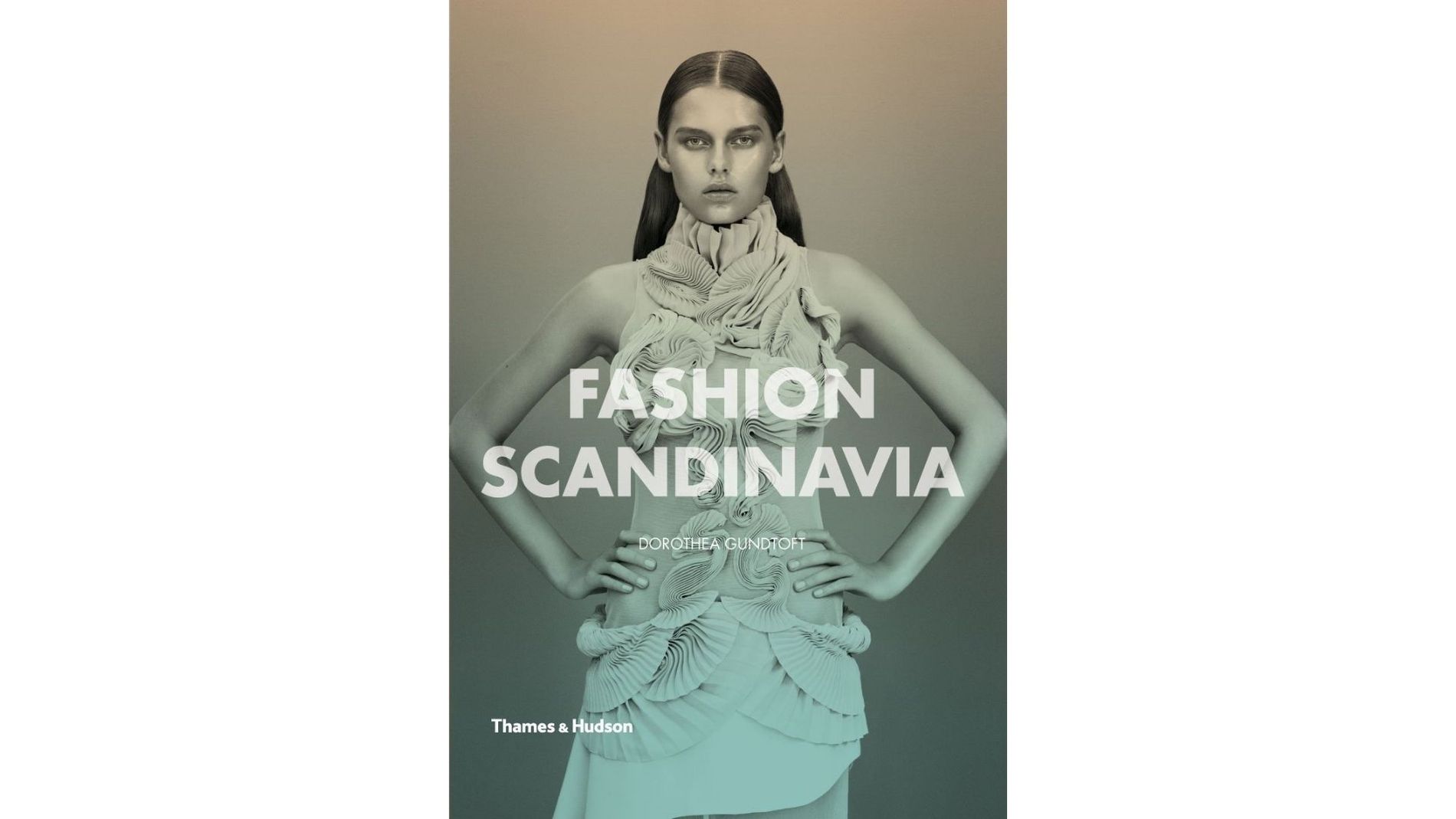 Published in 2013, Fashion Scandinavia looked to capture what was fast becoming an internationally recognised movement in Scandinavian fashion, through the celebration of over over 50 notable designers from Sweden, Norway, Denmark, Iceland and Finland.

Author Dorothea Gundtolft had spent years observing the rise of Scandi fashion as a writer for a host of leading publications and decided she was perfectly placed to capture the moment. "I was covering international fashion weeks as a journalist for magazines such as Vogue, Dazed & Confused, Style.com, and V magazine and since I’m Danish I decided to cover the Scandinavian fashion weeks for these magazines 10 years ago," she explains. "I realised that there wasn’t a book in existence on the subject, and approached my publisher Thames & Hudson with the idea. I curated the largest exhibition ever at that point on Scandinavian Fashion in London at Somerset House, opening during London Fashion Week, and I think it helped kickstart the movement and get all of the amazing Nordic talents out there and into the world.”

While some of the designers who were then breaking ground may not be around anymore (a problem all books of this nature face), Fashion Scandinavia provides a strong foundation for anyone interested in Scandinavian design – as well as underscoring the power and association of what Scandinavian style can embody on an international stage.

“I do think that since we have a very high set of living standards in Scandinavia, the aesthetic approach to everything we do in our life is fascinating to the outside world," says Gundtolft. "From growing up in a kindergarden with Arne Jacobsen chairs, to the fluidity of transport, easy digital solutions, a democratised approach to schooling, and the idea of high quality in everything from building housing using long lasting materials to clothes that last, Scandinavia is at the forefront in many ways – small countries but extremely focused on equal rights and high-quality living.”

Related: Forget dressing like a Parisian, Scandi is the only way to do it 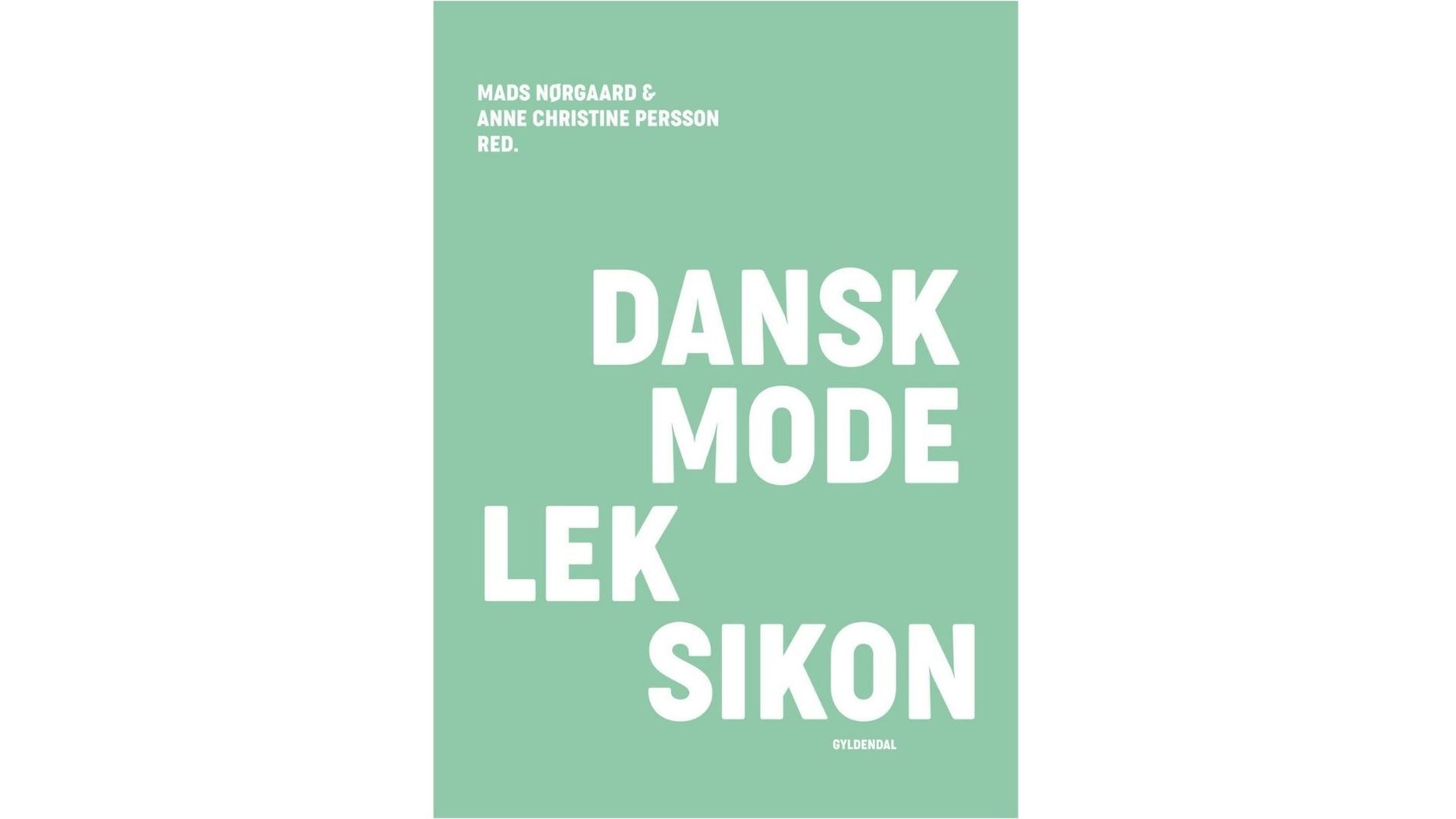 An encyclopedia on Danish fashion, Danske Mode Leksikon was born from a discussion between designer Mads Norgaard and fashion industry figure Anne Christine Persson about the need for an up-to-date informative textbook of Danish fashion. This concise, beautifully presented tome was the result.

Surmising 100 years of Danish fashion and the creatives it encompasses from A to Z, Danske Mode Leksikon includes 30 essays, interviews and text contributions from some of Vogue’s finest writers such as Sally Singer, Laird Borrelli-Persson and Anders Christian Madsen, as well as Danish fashion experts including Eva Kruse and Malene Malling, and HRH Crown Princess Mary.

While an English version doesn’t exist yet, we're hopeful this easy-to-digest yet hugely informative book will get a translated edition soon.

'Marimekko, The Art of Printmaking' by Laird Borrelli-Persson 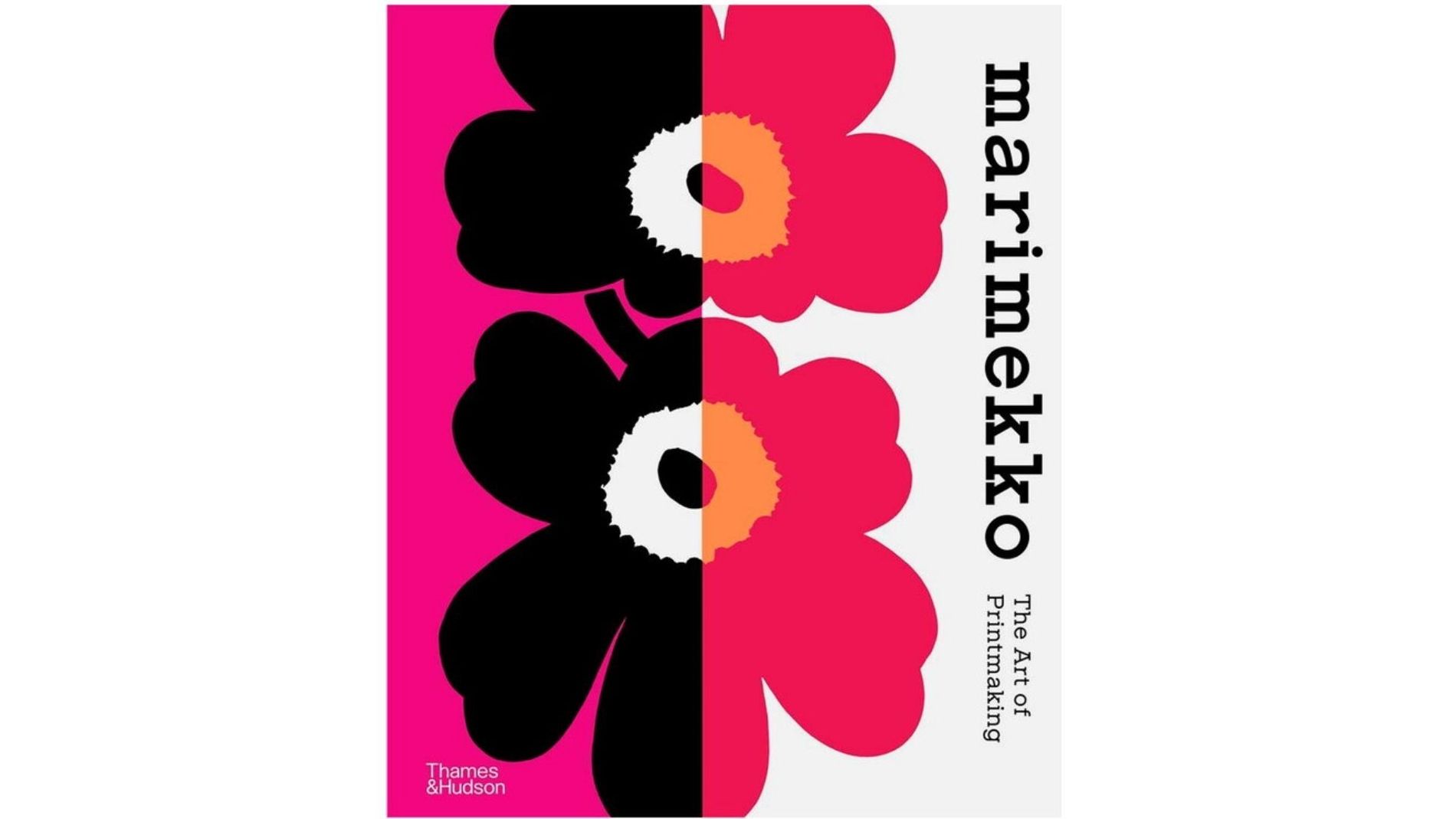 In 1951, Marimekko, Finnish for "Mary’s Dress", held its first fashion show at a hotel in Helsinki. By 1960, Jacqueline Kennedy was wearing Marimekko on the cover of Sports Illustrated. Marimekko: The Art of Printmaking celebrates 70 years of the much-loved Finnish brand's joyful, liberal approach to dressing and living, featuring over 100 of its most iconic prints and blending archival imagery with the fresh breath of the new looks introduced under the creative directorship of Rebekka Bay.

Marimekko: The Art of Printmaking tells the story of the legendary brand’s most famous designs, with distinct sections guiding the reader through the Marimekko philosophy and lifestyle - via its factory in Herttoniemi, where fabrics have been created from the very beginning - on to a sourcebook of patterns, and finally to the brand’s proposals for the future. 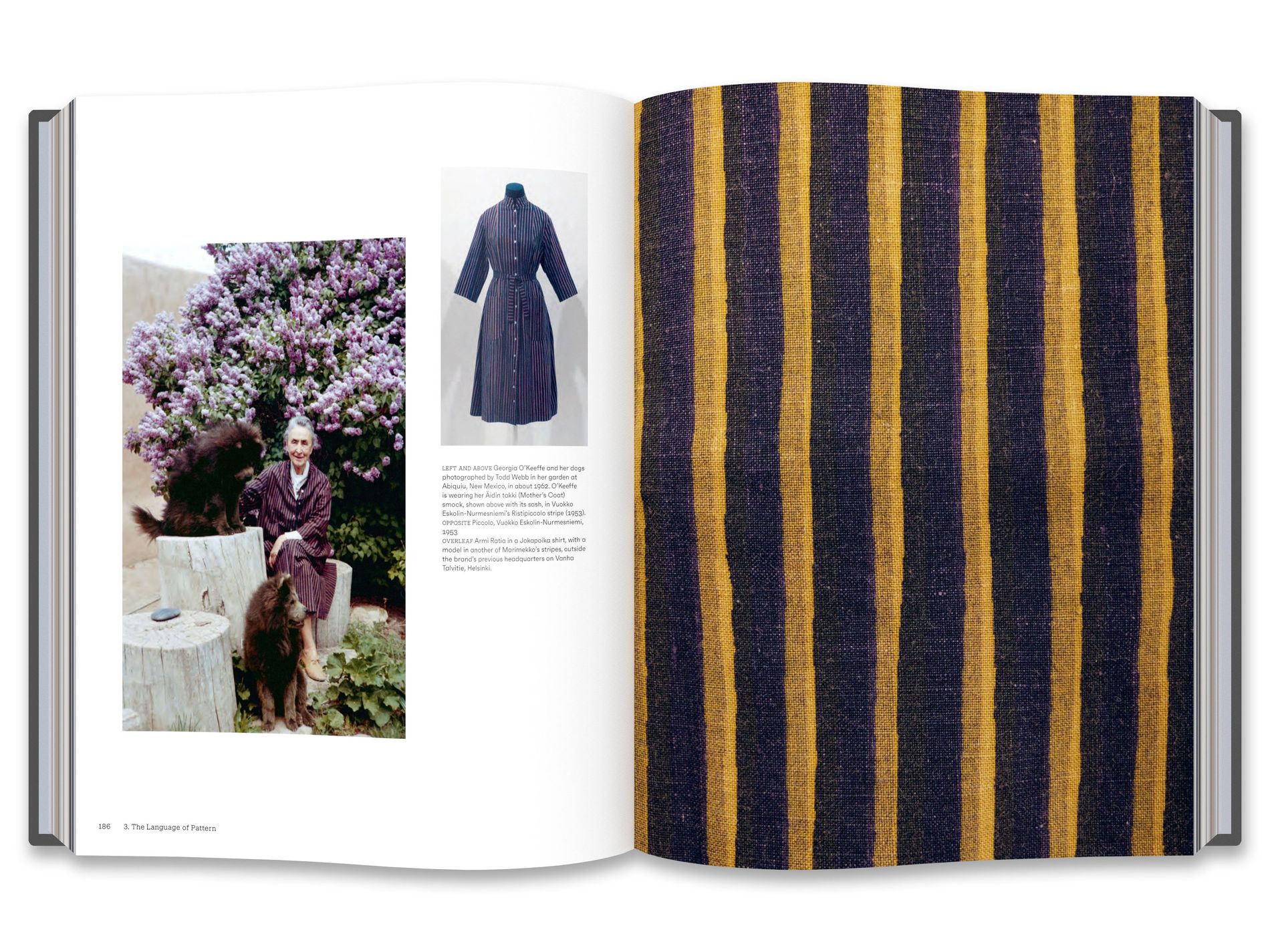 A window into the world of one of Denmark’s most prolific designers, Henrik Vibskov's Books 1-3 (1997-2020) is a collective work consisting of three volumes that together describe the multidisciplinary creative’s development, work process and contribution to the art and design scene over the past two decades.

With book one covering Vibskov's work from his time at Central St Martins to 2012, where the first tome was originally published, books two and three present the development in Vibskov’s practice as fashion designer, curator and installation artist. Book one describes a young designer in the process of developing his expression, whereas books two and three explain how an established international designer works without losing the playful and exploratory nature of his practice. 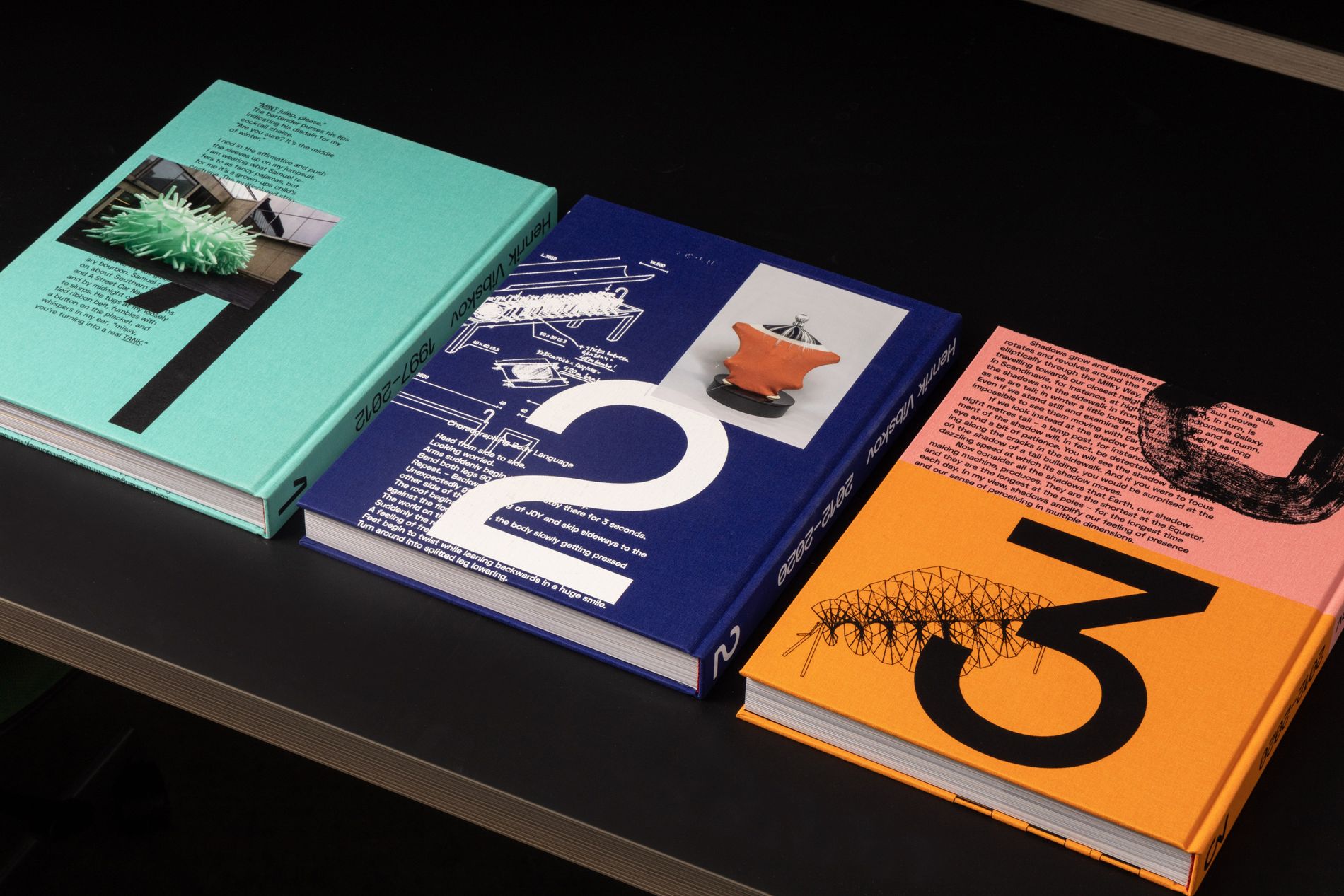 The last two volumes are arranged non-chronologically according to recurring themes in Vibskov’s work, with written contributions from inspirational figures such as Olafur Eliasson, Erykah Badu, Alexander Ekman and Cecilie Manz.

Related: Henrik Vibskov on chaos, self-doubt and life after lockdown 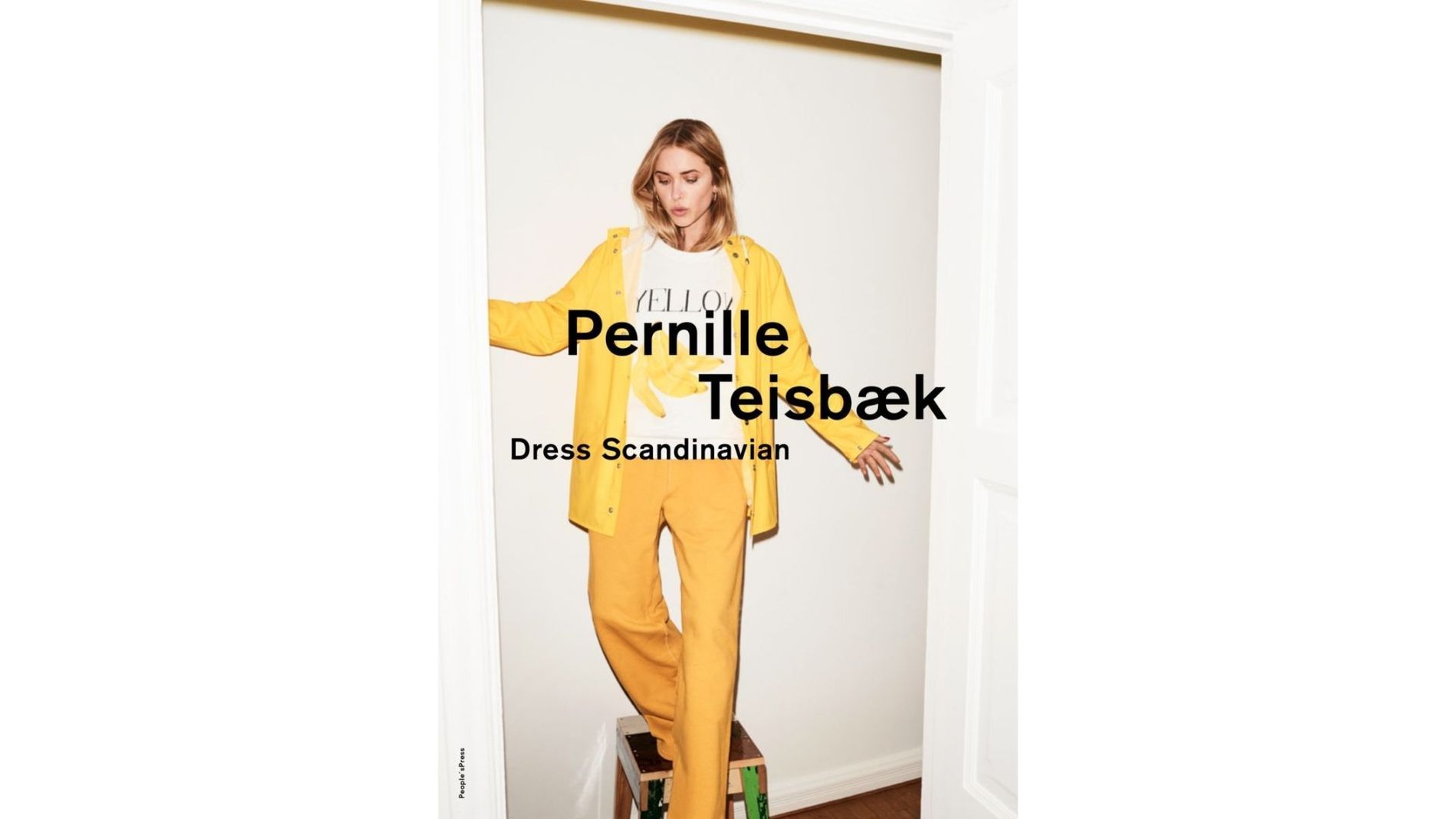 Is "It-girl" still a word? Intelligent businesswoman seems much more fitting to Pernille Teisbek, the woman who has carved out a global following thanks to her picture perfect Danish life and her natural gift for collaborations, launches and exciting opportunities.

While the shifts in Scandinavian fashion since this book’s release might render some of the features slightly less relevant than they used to be, Teisbek was nevertheless one of the leading image makers to present the Scandinavian lifestyle to a hungry global audience and this book went far on its release in 2017. Taken in that context, it remains an important look at quintessential Scandi style. 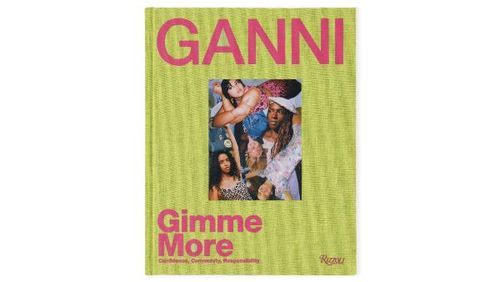 There could scarcely be a more apt title for a book that celebrates the meteoric rise of a brand that has become a byline for contemporary, expression-driven Scandinavian fashion.

After seeing #GanniGirl go global, the brand responsible for Scandi style 2.0 style has taken the opportunity to mark over a decade of joy in their design house with this book. From a photo essay exploring their best house parties, to a reflection of their ongoing dedication to responsible change, and a series on the global Ganni gang they have formed, Gimme More helps bring us up close and personal to what has quite frankly been a fabulous fashion phenomenon.

In line with the exhibition Paris of the North, currently held in the Nordic Museum in Stockholm, Susanna Strömquist’s publication Nordic Paris – Atelier NK French Women’s Tailoring 1902-1966 explores the Nordic region's most beautiful stage for haute couture's masterpieces in the first half of the 20th century: the French Couture Atelier at the NK department store in Stockholm.

Not only did it pioneer the spread of international fashion in the Nordics, NK’s French Couture Atelier was famous for its unsurpassed ability to adapt Paris fashion to local conditions. With almost 200 images and deep dives into museum archives, fashion journalist Susanna Strömquist gives life to a hitherto unexplored chapter in Swedish fashion history.

Note that the book is in Swedish, however there will be enough images to keep a language rookie satisfied. 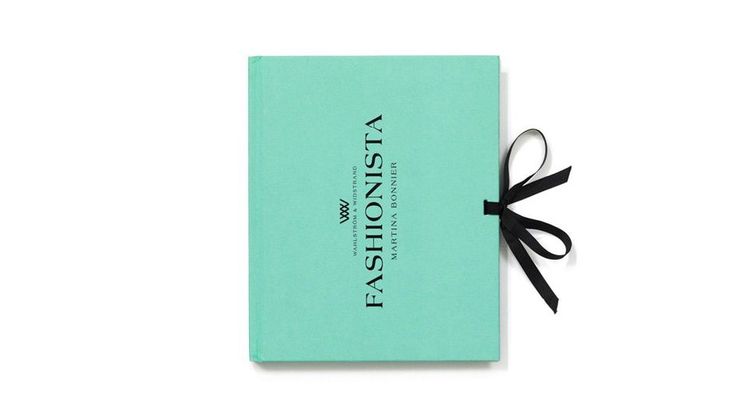 Now the Founder and Editor-In-Chief of Vogue Scandinavia, Martina Bonnier’s career in the fashion industry has led her path down many avenues, she has authored a few books on fashion one including Fashionista which came out in 2010.

Written in Swedish, the book looked to the archive of Swedish magazine Damernas Värld and recognised that it was a moment to secure the archives and bring them forth to a wider audience – to create a history of fashion that must be celebrated as much as preserved. 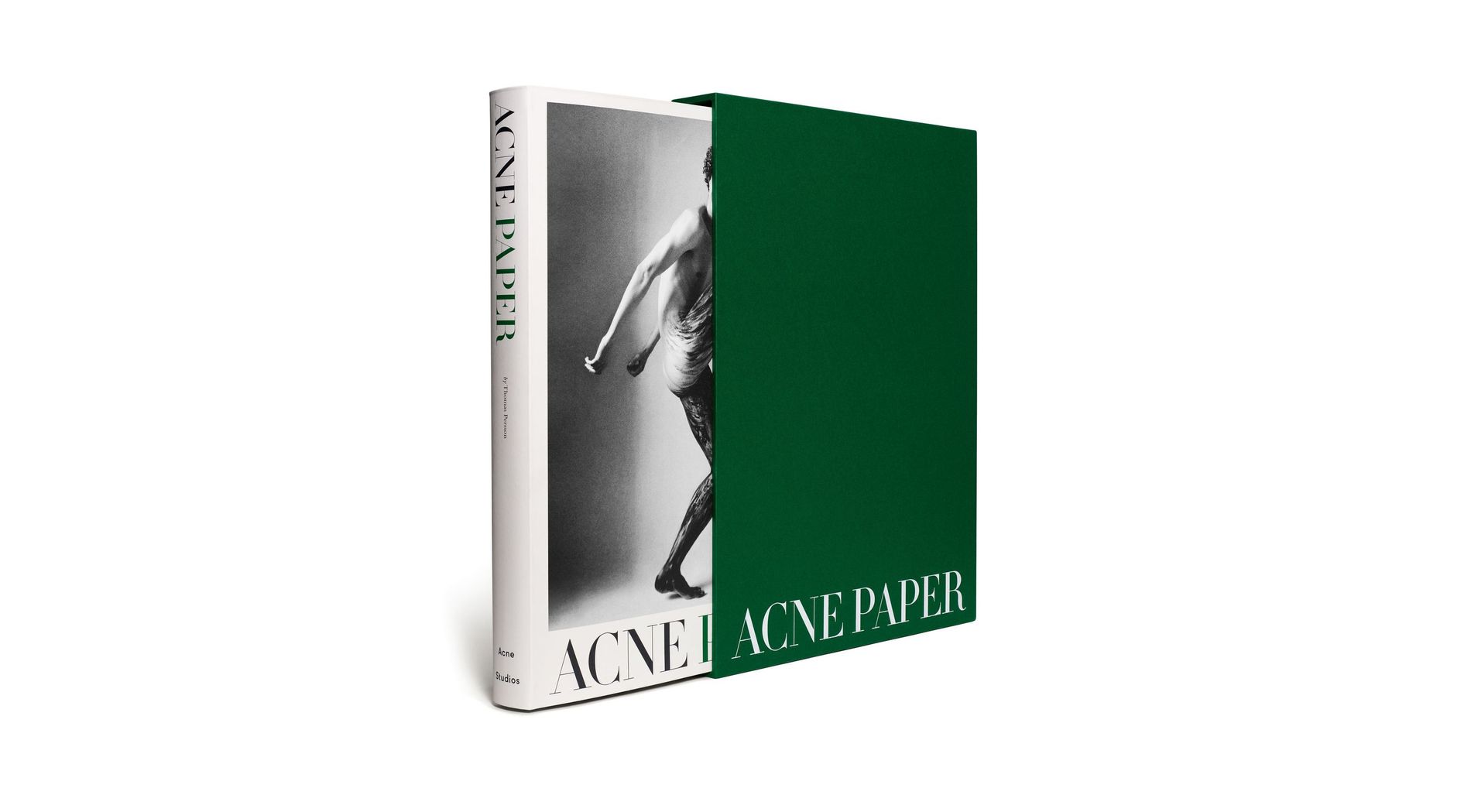 Founded in 2005 with a sparkling but short tenure (circulation stopped in 2014), Acne Paper became an editorial summation of what the Acne universe represented – a focus on culture in the broadest sense. Each issue centered on a theme, subjects that rolled from Tradition and Youth to Manhattan and The Actress: an eclectic range that hovered across the team's wide-ranging fascinations.

Six years later and the lauded Acne Paper issues have been collated into a book celebrating some of the best work from the magazine’s archive and accompanied by new essays from the likes of Sarah Mower, Vince Aletti and Robin Muir. Edited by Thomas Persson, Acne Paper’s editor-in-chief and creative director, this 568 page tome is one for the fashion fanatics that so gratuitously consumed the brilliance of the magazine's sharp features, escapist imagery, exceptional art direction and, of course, the clothes worn throughout.