An icon is created by decades of unaltered design features and a loyal following of enthusiasts that prefer things to be as they are and were. These are the iconic timepieces that are just as relevant today as they were the year they launched

The watch manufacturers that are fortunate to feature an iconic watch or even several in their current line-up appreciate the respect of their treasured products. But it does not mean that the most recent launch of the illustrious timepieces are precisely like they were 50 or more years ago.

The eye may not acknowledge the subtle changes. It is often the movement or tiny details on the dial that are ‘new’. And the mentioned and recently launched models in this article may fool lovers of yesteryears iconic designs to think it is nothing new. From Cartier’s tank watch to Omega’s Constellation Manhattan, these are the timepieces that have changed - and continue to change - the watch game.

Jacqueline Kennedy Onassis in 1969, wearing the 1962 gold Tank that was a gift from her brother-in-law, Prince Stanislaw Radziwill. Photo: Getty

When the Tank was conceived by Parisian jeweller Louis Cartier in 1917, no-one would have thought of this timepiece as nothing but a somewhat square watch that took inspiration from the war machine. But the Tank today is one of the most important models in the Cartier line-up.

Even if the Cartier Tank exists in a horn of plenty of offspring, the original design from World War 1 is the most popular.

Take for instance, a Must de Cartier Tank from 1977 and put it next to the most recent Tank Solarbeat. You find no difference even though the watches are five decades apart. However, the most recent Tank features a solar-powered movement and a sustainable strap made from apple peels.

The Reverso was originally designed to protect the watch from polo balls. Photo: Net-A-Porter

Originally designed to protect the watch crystal from renegade polo balls in 1931, the Jaeger-LeCoultre Reverso does precisely what the name suggests: it turns. Even today, 90 years after the original launch, the Reverso still turns. Albeit, the turn is purely so your loved one can leave an engraved message that is only revealed when turning the watch from the side to rear. When watch designer Gerald Genta was tasked to design a watch for the younger audience in 1972, he took inspiration in the canon holes from an ancient warship, Royal Oak, and the hinged diver's helmet from yesteryears deep sea divers. But even if it was things from the past that inspired Genta to create the Royal Oak, he nonetheless created what soon became a youthful and modern icon.

Still celebrated for its illustrious faceted bezel, the women’s model was actually what ignited the success of the Royal Oak, as the men’s version was thought of as a large watch in 1972. So when the smaller 32 mm version was launched, the men turned to this version of the Royal Oak, making it an unheard success for the Swiss manufacturer.

Today, a 34 mm version is cherished by mainly the female audience. It still celebrates the original design language Genta so cleverly conceived 49 years ago. Personally, I can’t wait to see what Audemars Piguet will launch in 2022 when the Royal Oak turns 50. Gerald Genta was a celebrated watch designer and is credited with many of the best-known timepieces from the 1650-1990s. The Patek Philippe Nautilus from 1976 is probably his most famous of them all, even though he's the father of the Audemars Piguet Royal Oak, the Universal Geneve Polerouter, the Omega Seamaster Polaris and the IWC Ingenieur SL.

However, the Nautilus is highest on the wish list for ladies and gentlemen around the world, making it a statement watch more than just an outstanding Gerald Genta design. As waiting lists are longer than anyone dare to admit, it has a confident statement presence on the wrist. So do remember that if the Nautilus is gifted to you, see it as a token of love. Or, if you purchase your Nautilus yourself, you must have an excellent relationship with your authorised Patek Philippe retailer.

This watch has a serious waitlist.

The Omega Constellation Manhattan is not only a bestseller at the Swiss watch company. It is also a watch respected for its subtle updates since it first launched in 1982. Featuring the unmistakable 'claws' that were made to keep the watch's crystal, Omega launched what would become a modern icon.

Promoted by long-lasting Omega ambassadors Cindy Crawford and Nicole Kidman, the Omega Constellation Manhattan of today is offered in many iterations. Each featuring the illustrious claws, which initially were there to keep a slim profile of the watch. However, today, the claws reveal the presence of an iconic design that still manages to seduce wrists worldwide. 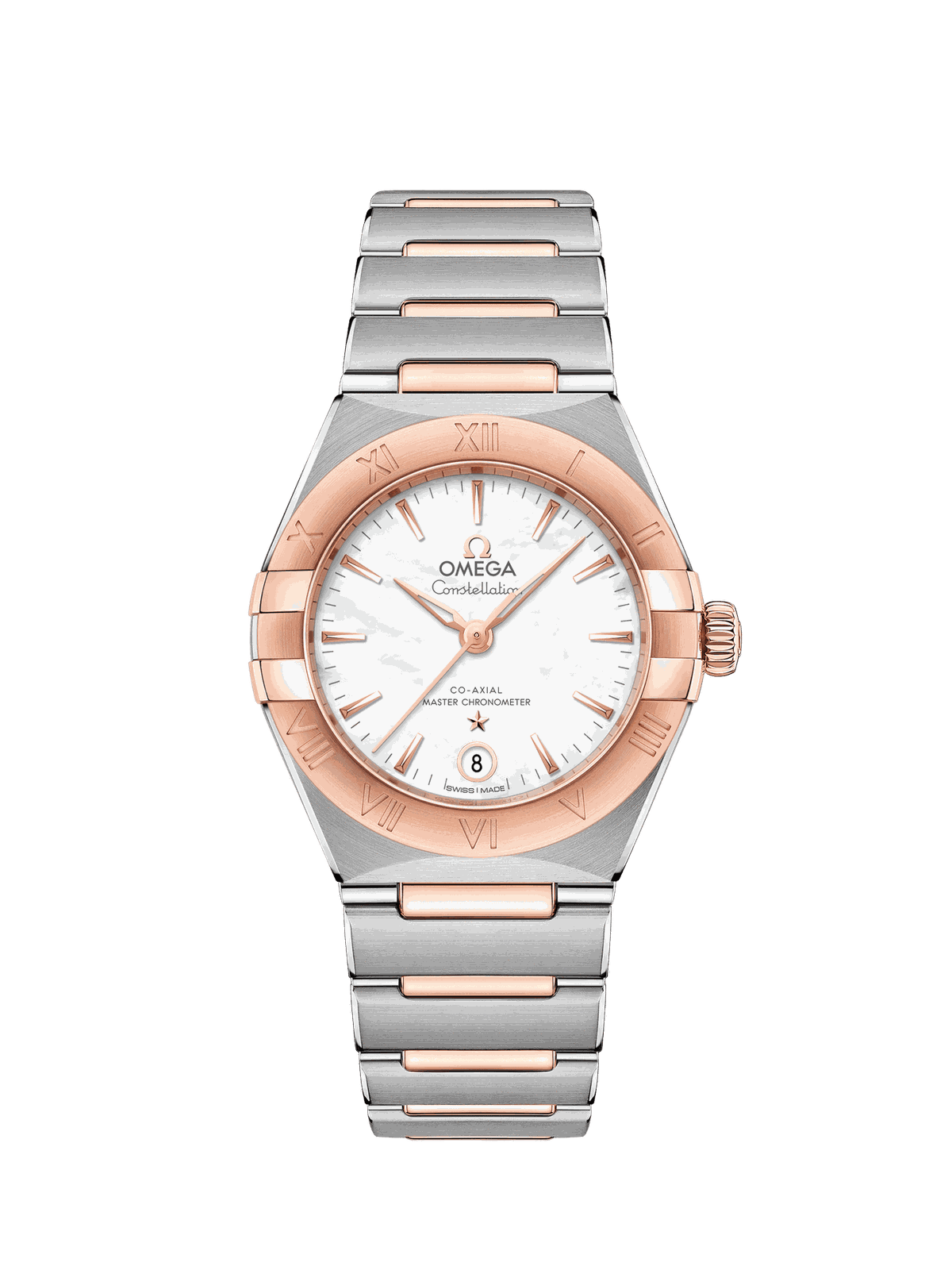