Danish interiors firm HAY has become a staple of elegant homes around the world. Here, the co-founders mark two decades of design excellence

When HAY was founded 20 years ago, it was on the simple principle of democratising good design for the home. Suddenly, designers such as Laila Gohar, Muller Van Severen and Wang & Söderström were accessible to those who previously could only admire them from afar, or who had never been exposed to them in the first place.

By modernising the design world model and infrastructure – introducing new classics by living designers rather than reissuing older products – HAY came to build its own niche in an industry shackled to tradition. At the same time, it became synonymous with well thought out, beautiful design at affordable prices.

A lot has changed in the last two decades, with HAY now operating stores around the world, but for founders Mette and Rolf Hay, the dedication to smart design, international and contemporary collaborations, and ‘for the people’ thinking has remained a constant. 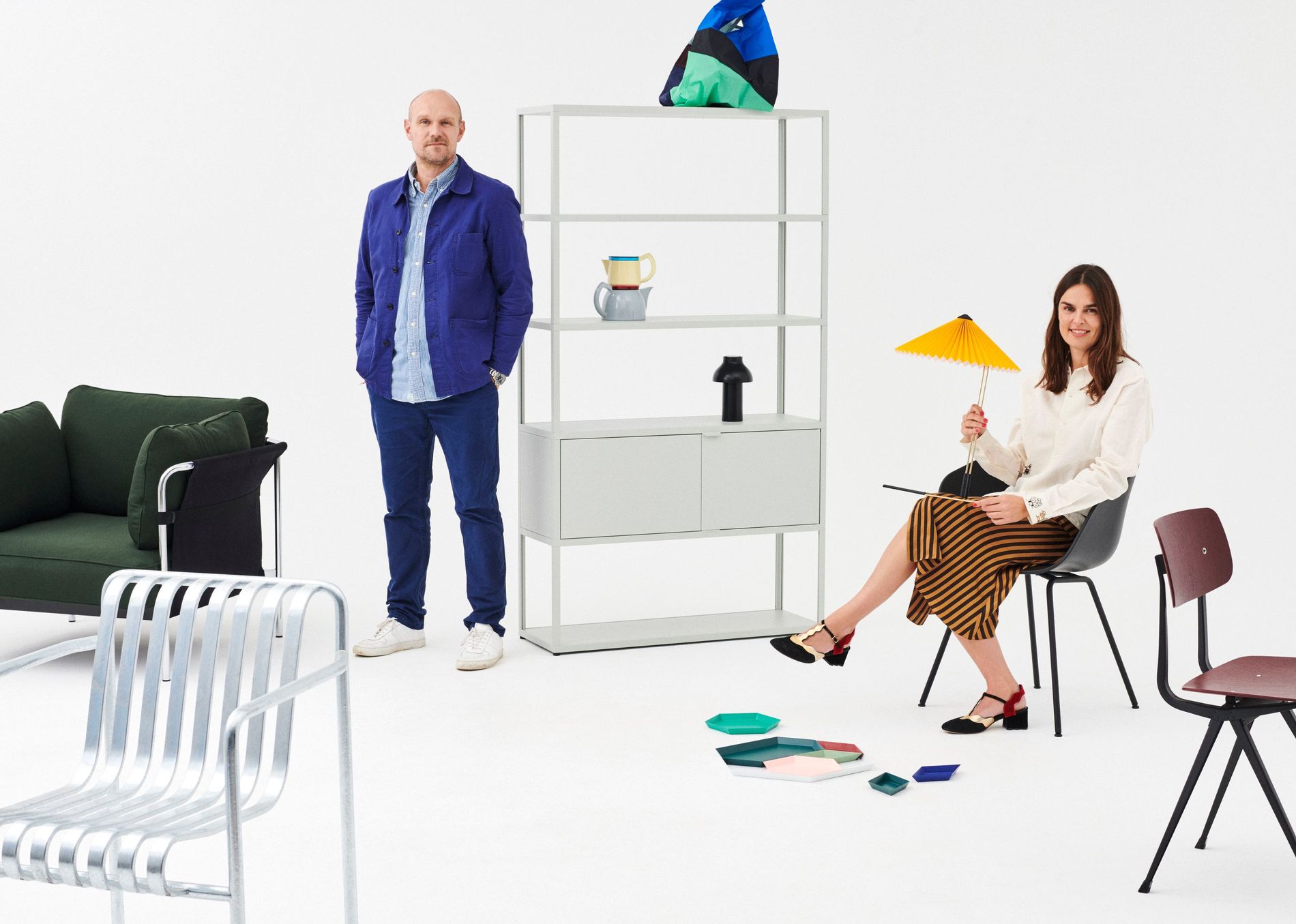 Mette and Rolf Hay surrounded by some of their furniture designs. Photo: HAY.

When you first founded HAY 20 years ago, what were your dreams for your new brand?
Rolf + Mette: We started HAY with the intention to create great products with the best designers in the world for the many, not for the few. The brand we dreamt of would speak to people all around the world, and we wanted for our customers to feel that they could be part of this universe in one way or another.

Today, this mission remains the same, and we do think that it’s fair to say that we have succeeded in following the vision we had for the company when we started it.

How was HAY first received when you launched?
Mette: I remember that we were mostly met with curiosity. At the time, there was not much to find in between IKEA on one end of the spectrum, and very expensive Italian design on the other end. I believe that people understood this – there was suddenly a language that was speaking to many people, so to say. Something that mattered to us from the very beginning (and still does today) was the physical encounter at our store, HAY House – whether a customer was looking to buy scissors or a sofa, we would always want him or her to feel that they were buying something valuable.

Rolf: HAY was born at a time when it was difficult for young designers to find a good and skilled company to collaborate with, as the best design companies were mostly focusing on their classics. The fact that there was close to no room for new designs gave us considerable tailwind. There was a wide range of designers together with whom we created that space.

How have things evolved for HAY over the past two decades?
Rolf: Just like our mission, our core values remain unchanged. However, we realised throughout the years that our approach – creating democratic design – entailed a bigger commitment than merely to products. Our design strategy has had a remarkable impact on how we meet people at HAY: our employees, our customers, our suppliers, basically everyone we are surrounded by. That is because the moment you decide to design products for the many, your commitment needs to carry and convey what you stand for. And what we stand for is that everyone is welcome and treated equally at HAY.

What do you think makes HAY so internationally resonant?
Rolf: When we started HAY, most design companies had their focus on working with local designers: Danes with Danes, Italians with Italians, and so forth, with only few exceptions. We chose a different approach from the very beginning. It was a conscious objective of ours to not limit ourselves to being ‘just’ Scandinavian if we were to have a design language that would be international and modern. This, too, goes hand in hand with the above-mentioned democratic approach: it doesn’t matter where you come from – whether you’re Chinese, Taiwanese, British, or Polish – your ideas count.

Related: The interiors pieces to invest in now, according to the experts

Mette: I agree with Rolf, I can bond as much with someone from LA as I can with someone from Zurich, and I guess that also shines through in our universe. I feel that throughout the years, a more global design language emerged – one that is different from fashion, for example. I feel that while fashion moves very fast, the interior world is longer lasting, and speaks to many people.

Do you think Hay presents a Scandinavian aesthetic?
Rolf: Not exactly. HAY is a brand that was founded in Denmark, by Danes, so one could say it’s in our blood to look back and embrace the work of Danish masters from past decades to a certain extent. That said, we draw inspiration from Japan, India, Italy, etc, and both Mette and I have been admiring and studied the work of Ray and Charles Eames since what feels like forever – so we see ourselves as a global brand more than anything.

Related: The myth of Scandi minimalism: Is the interior trend a lie?

How has collaboration been a key pillar for HAY?
Rolf: To collaborate with great people is one of the best ways to keep moving! You learn from each other while creating something original, something new.

Mette: Collaboration provides you with energy, and with vision.

Are there any dream collaborations you have always wished for?
Mette + Rolf: Sometimes we want to pinch ourselves because so many dreams have already come true – and yet, so many more are in the making.

What first inspired you when you started HAY and what continues to inspire you today?
Mette: This component has largely remained the same as well, just as the values that are at the core of HAY: we get inspired by travelling, by museums and art, by architecture – but most of all, it is the people we meet along the way and are surrounded by. 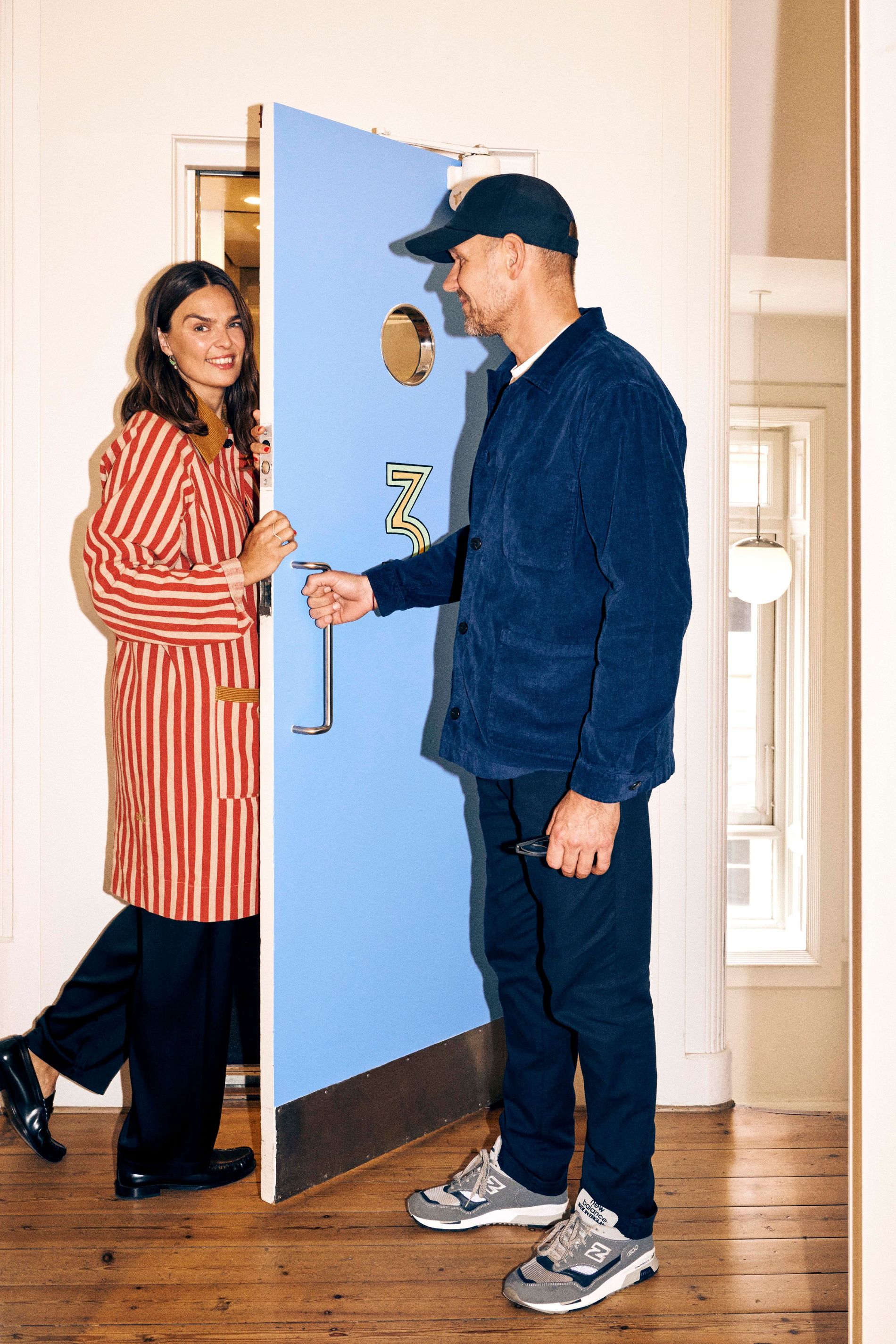 With the climate crisis deeply impacting companies in both how and what they produce, what steps is HAY taking in order to align with the urgent changes needed in businesses for the planet?
Rolf: These considerations are a part of HAY’s day-to-day infrastructure – from the very beginning of a new project throughout the entire process. For one, we design with durability in mind: we design products that we believe will last for countless years. We are mindful of the materials we use, just as much as we continuously look to improve more ‘behind-the scenes’ factors such as packaging, transportation, and researching new technologies.

Related: There's a Storm coming: Meet the Norwegian interior designer who sold everything he had

What has the home come to symbolise in the 20 years since you started HAY?
Mette: I believe that the home is of higher importance today than it has been a decade or two ago – the way your home looks is also a way of expressing yourself, much like the way you dress.

What do you hope is the next frontier for HAY to explore?
Mette: We hope that we will succeed in navigating through a world that keeps becoming more complex.

Rolf: We hope that when we look back at our work ten years from now, we will be able to say that it mattered. One of the most important things for us as a design company is to stay relevant – and the only way to do that is to embrace change and stay in motion.