The self-proclaimed prince of hell, Lil Nas X, has got his claws into a whole new domain when he was announced as the first ever male YSL Beauty ambassador for makeup. It’s undoubtedly one of the best things to have ever happened in the beauty industry

When it comes to ambassadorships and celebrities fronting brands there are always expectations to who will be deemed the perfect fit. And when an ambassador is chosen well, they have potential to become the living image and physical embodiment of the brand. Take actor Julia Roberts, who feels as if she is as much Lancôme as Lancôme itself. And no one who really understands beauty can look at actor Charlize Theron without envisioning Dior’s iconic J'Adore perfume. 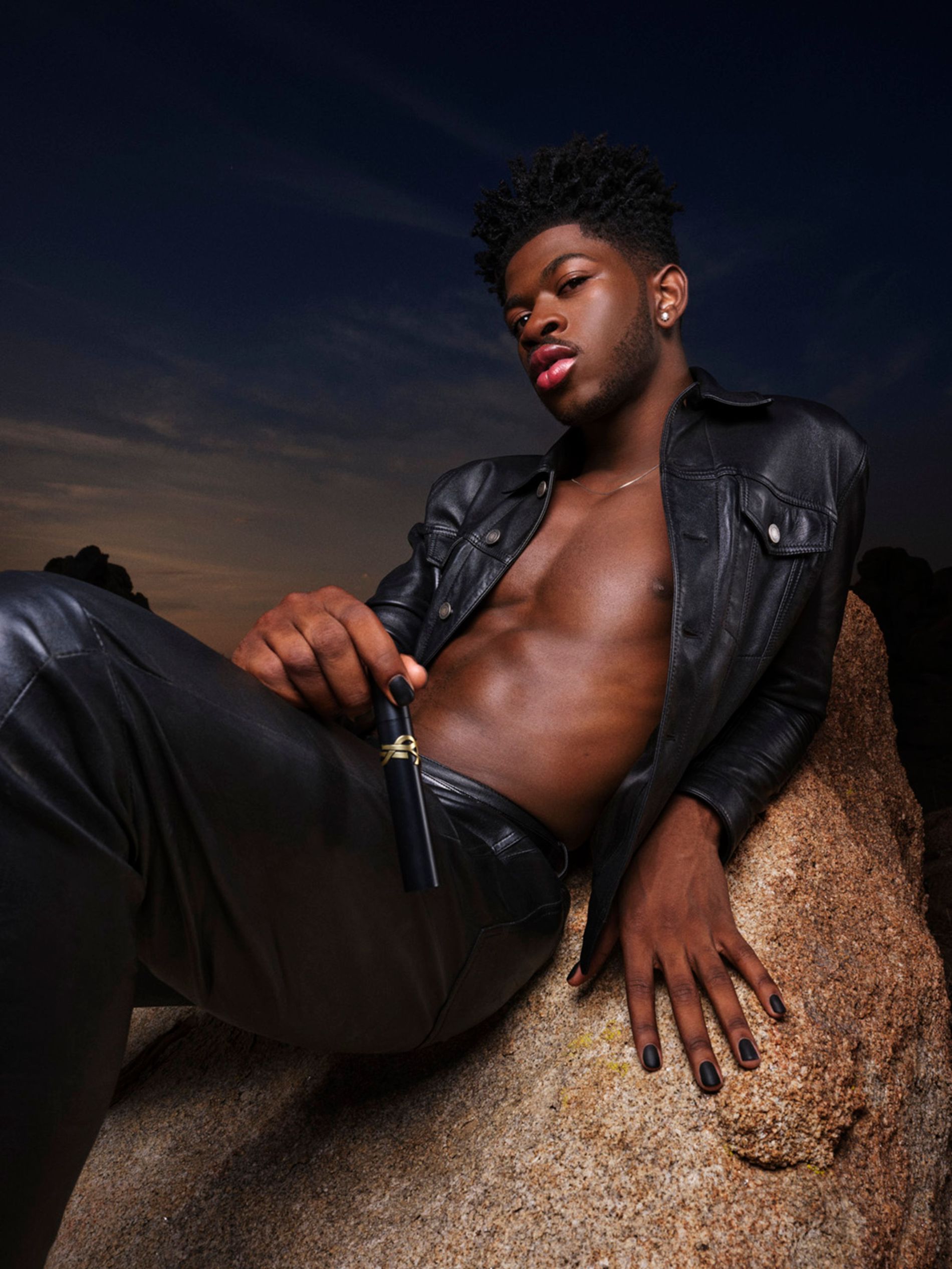 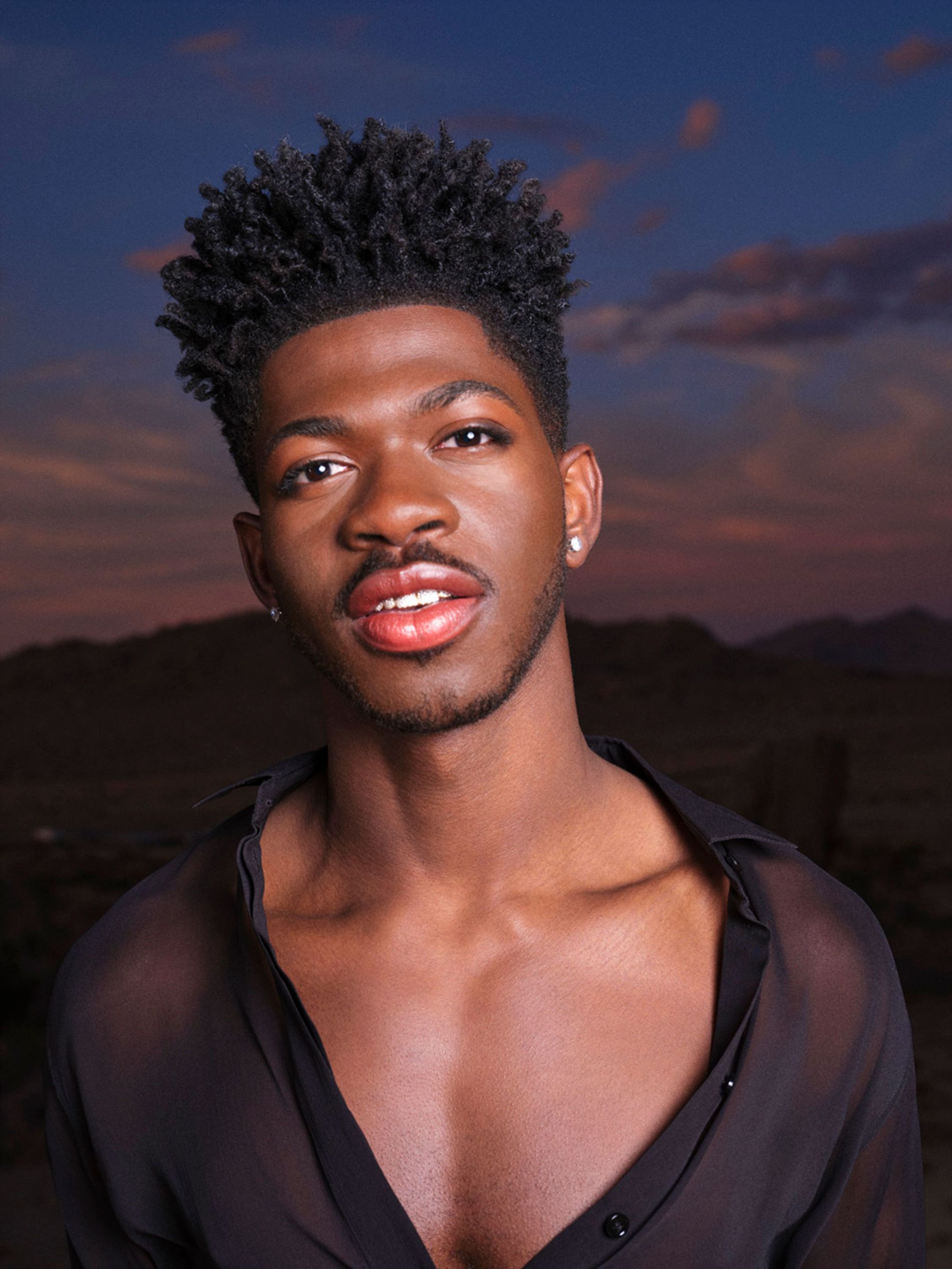 Just last week, a new ambassador for YSL Beauty was chosen – rapper Lil Nas X and for one of the first times ever, if not perhaps the very first, a man in the western world was chosen to be the face of the iconic beauty brand. His key focus being? Makeup. Sure, we’ve seen men front the fragrance side of things before, take David Gandy for Dolce & Gabbana Light Blue, Adam Driver for Burberry Hero and more recently Regé-Jean Page for Armani Code, but never makeup, though. Well, until now that is.

I first saw the news when I was sitting at home doom scrolling through Instagram. On a dimly lit screen I spotted the rapper, wearing a leather jacket and a bold, shimmery blue eyeshadow that could come from none other than YSL Beauty’s Couture Clutch Eyeshadow Palette in Tuxedo – my heart skipped in recognition. Lil Nas standing in front of some barren, deserted scenario. I immediately screenshotted it and called my contact at the Nordic YSL Beauty offices, needing to know if it was true. Alone, no makeup, a glass of wine in hand I couldn’t help but beam a big, genuine smile at the thought of a man becoming the new ambassador for a world-renowned beauty makeup brand. 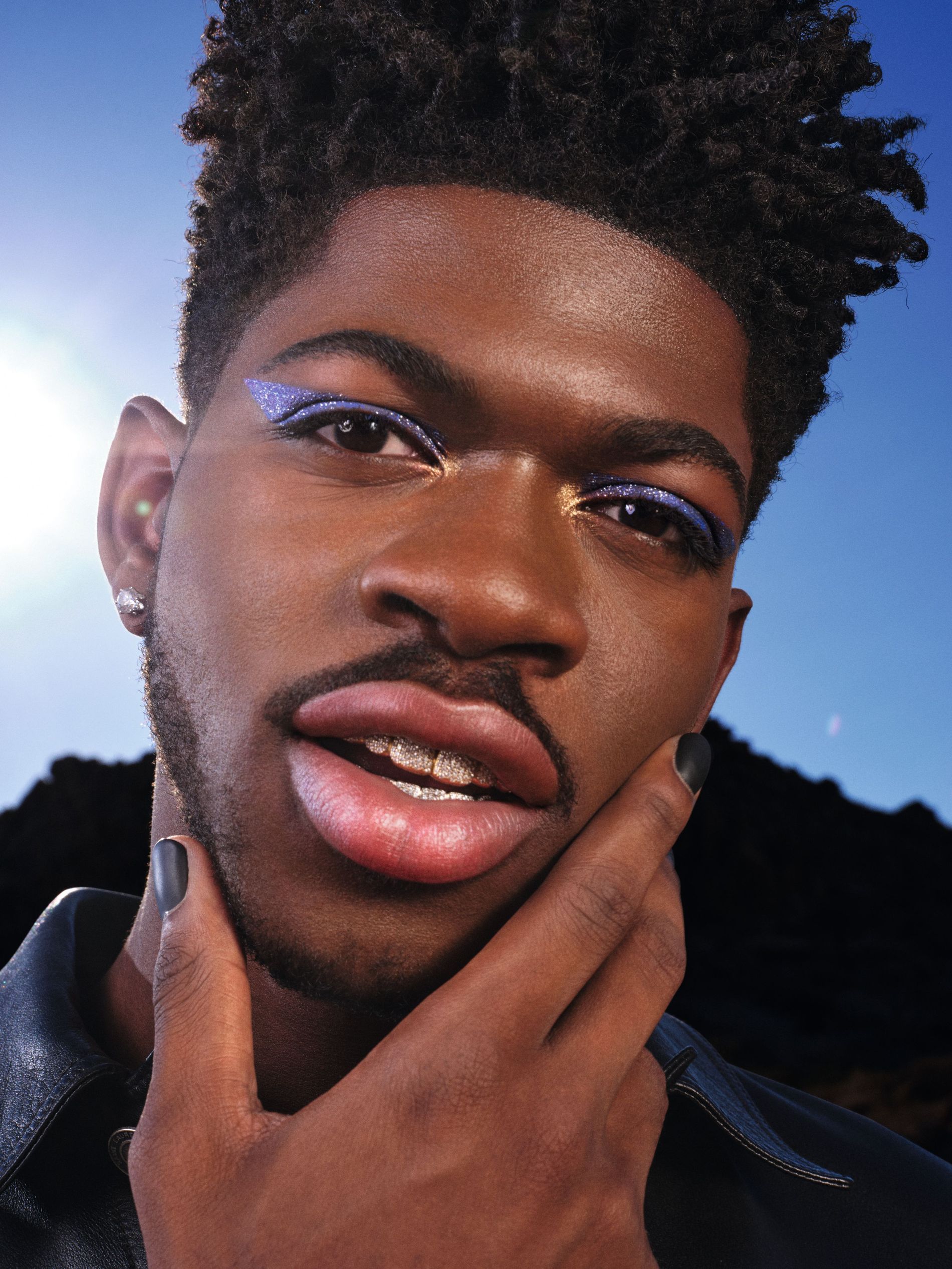 Yes, some might argue that there have been a number of well-known faces fronting campaigns in countries such as China, Japan, South Korea and other Asian markets. And that’s true, even before K-pop was a global phenomenon. But the reality in those markets is very different to the ones in this corner of the globe. While it’s not a competition, the Asian world is further ahead when it comes to gender fluidity in makeup and beauty. This reality sadly didn’t translate to European, American and Latin markets – well, not yet at least. But it’s certainly starting to.

While some might say it’s just one ambassador in one beauty brand, it looks as if it is just the beginning. And you could argue the same for me, I’m the only man in a mix of 27 beauty editors across Vogue worldwide. But I’m one. Lil Nas is another. There wasn’t a Lil Nas when I was growing up that I could look up to, there wasn’t a ‘me’ growing up that I could look up to. Now there’s two of us, and soon there will surely be more. Change doesn't come overnight, it takes time and introducing western men to makeup is a change that might be slow, but will definitely happen. I have faith.