Merging her dual cultures together, Nadia Shelbaya creates other-worldy pieces that set hearts aflutter. And now she's catching the eye of everyone from Pernille Rosenkilde to the royal family

Nadia Shelbaya is well-rested. I can tell because she is sipping tea in her studio when we speak, and she “only needs coffee” on days when she is exhausted, which she has been for the last few days. The sleep culprit? The new cockapoo puppy who has just moved in with Shelbaya, her husband and their two young children in their Copenhagen home. Thanks to puppy’s first good night's sleep, today Shelbaya looks as fresh and beautiful as her jewellery.

Shelbaya’s creations have certainly made their mark on the fashion world in the last five years. Intricate and innovatively crafted metals – her jewellery is somehow both simple and bold, with carefully-sourced, lovingly worked gems. Since starting her brand in Copenhagen in 2017, she is now stocked globally, including at Matches Fashion, and her pieces can be found on a who’s who of Scandi royalty; from influencers like Pernille Rosenkilde, to actual royalty; in the form of Denmark’s Crown Princess Mary. 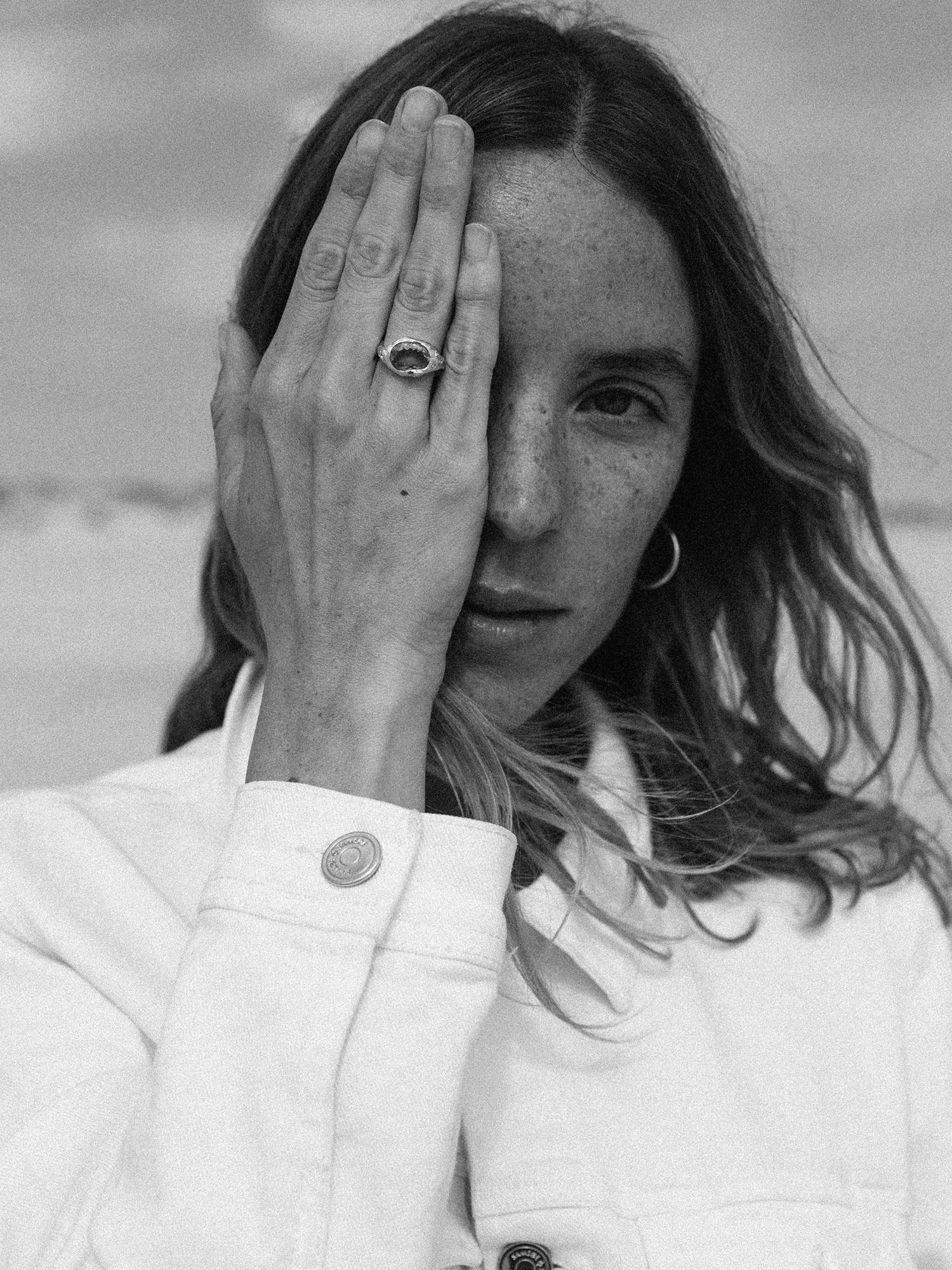 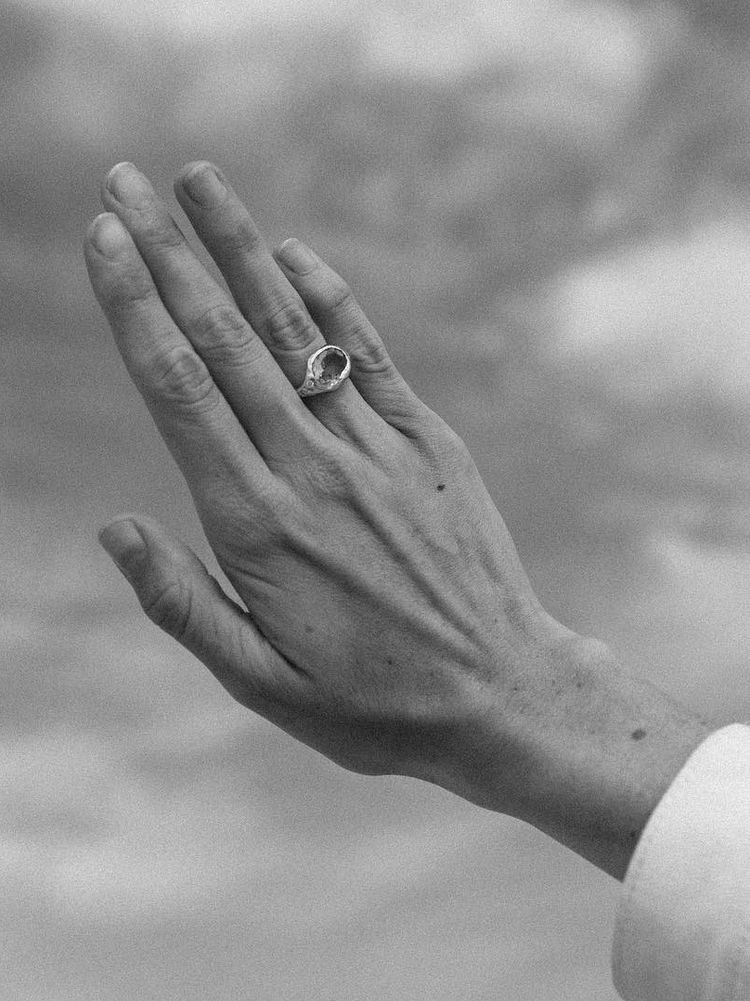 “I responded the way anyone would when you find out a princess (and the future Queen!) wants to wear your jewellery,” she beams. “But it was so easy to work with her. She’s just such a natural and easy-going person. After a while, it felt like working with any other client.” Though Shelbaya is understandably thrilled at her increasingly high-profile customers, she says the excitement she gets from anyone wearing her jewellery has yet to ebb. “Every customer counts. They are all so special to me,” she says, describing how intimate her bespoke services are; getting to know her clients extremely well before she creates pieces for them – a process she evidently adores. “I keep pinching myself that this is my everyday job,” she says.

Shelbaya originally trained in languages and once worked at the French Embassy. It was while living in London with her husband, and after a chance meeting with a diamond dealer, that a spark was first ignited. She enrolled in an intense course at the Gemmological institute of America, situated near London’s iconic jeweller district: Hatton Garden, and her obsession began. “During that period, I realised I had never wanted anything that strongly in my life before but to become a goldsmith and make my pieces myself,” she says. “My strong creative need to become a jeweller, was for sure a return to my childhood passions for creating beautiful things with flowers, beads and metal left over from my father’s workshop.” 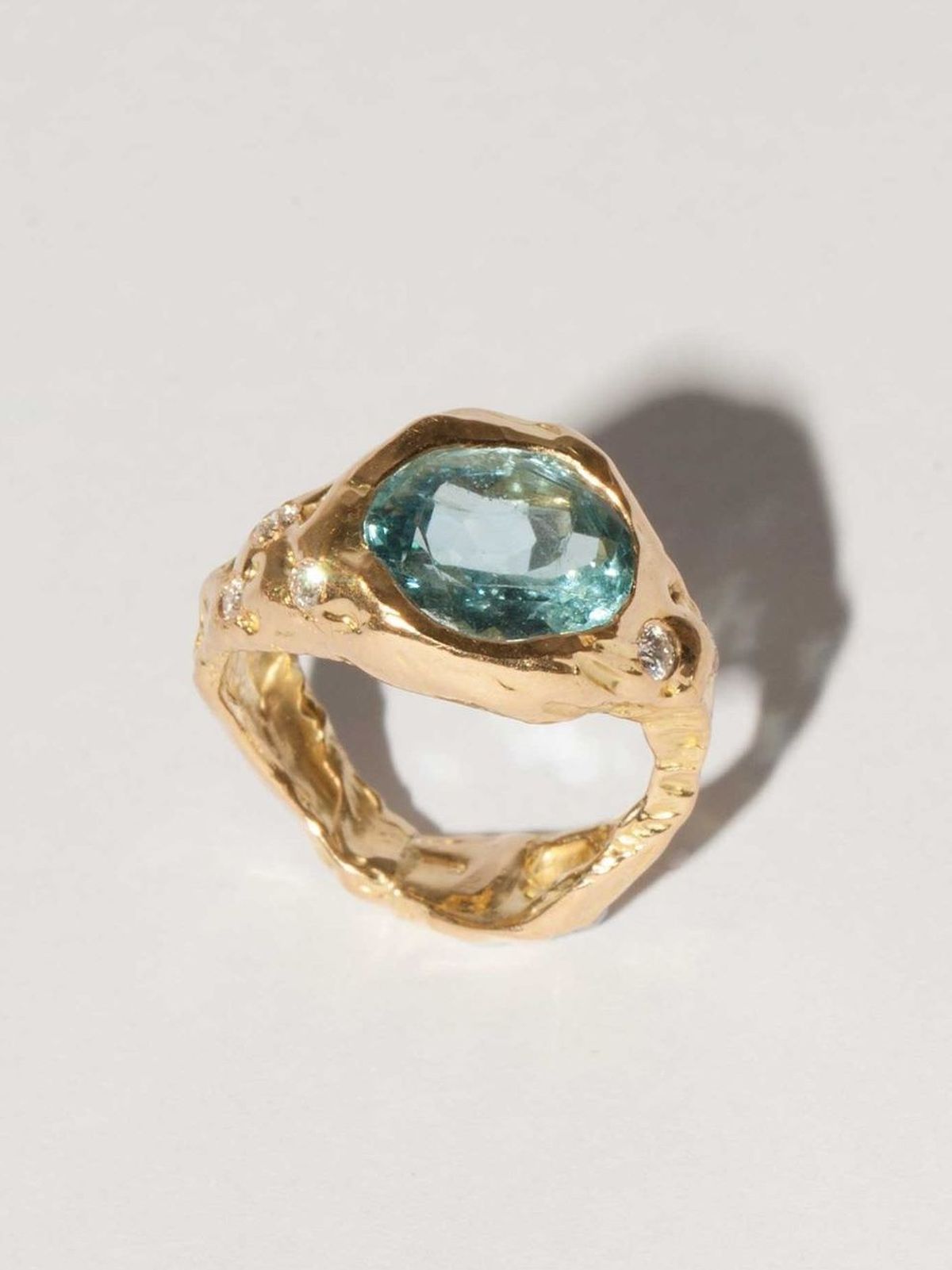 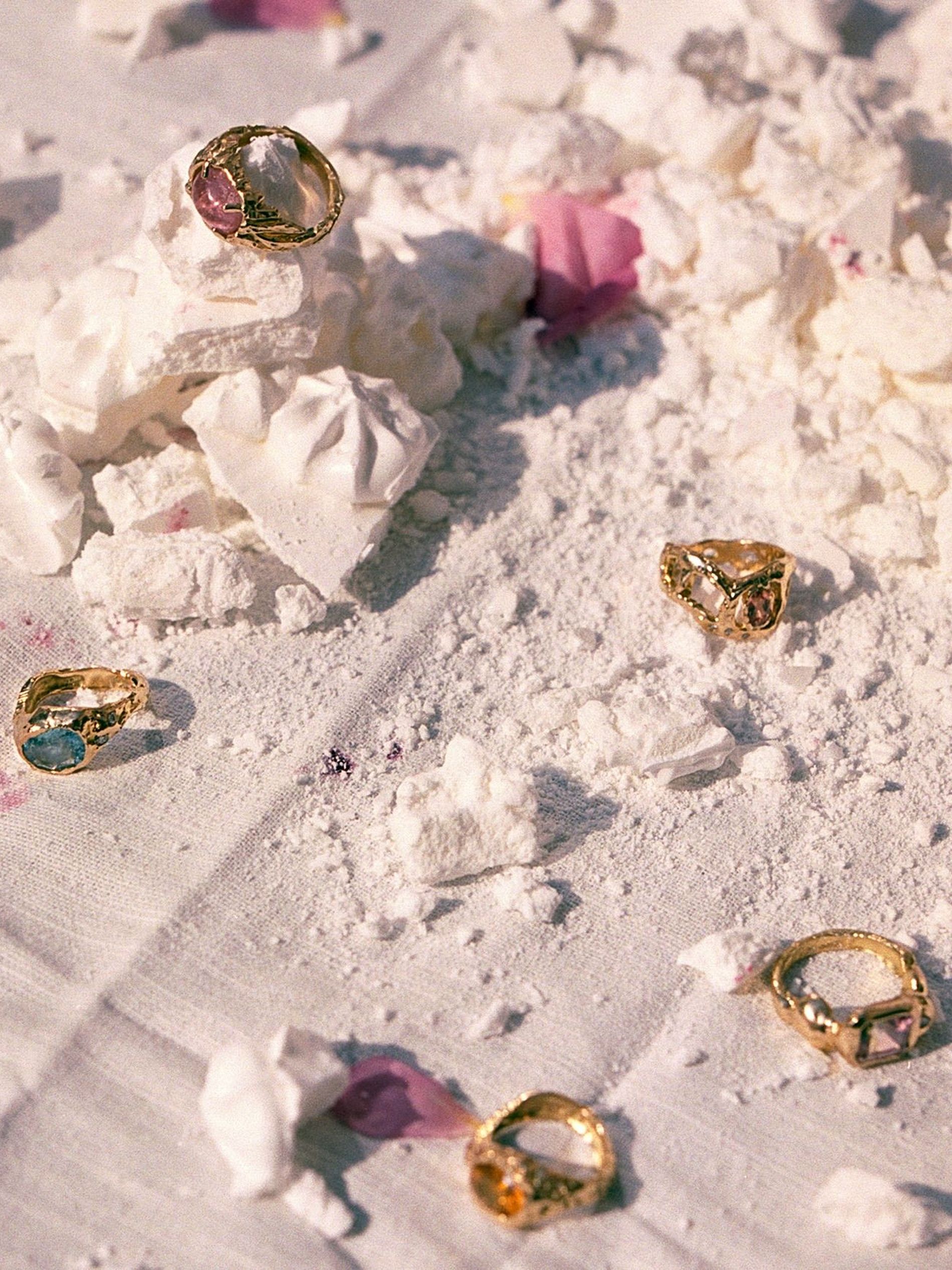 Instead of drawing her designs, Shelbaya works in an incredibly tactile way; forging straight from wax. “I need to have a sense of how something feels,” she explains. “It is for the same reason that I am so passionate about gems. All my work begins with the stone; how it feels, how it looks.” She takes her inspiration from everything, particularly the female body. Her studio mood board is littered with a clean, minimal aesthetic and the pleasing contrast of metal on skin. She also draws inspiration from her Egyptian and Danish heritage. “I think of the hot, busy and noisy summers I spent in my mother’s Cairo, and I contrast that with my beloved Danish winters, so grey and cold and stark,” she says. “All my designs start with me and my passions, and this blended heritage comes through almost subconsciously I think.”

Though she has made such a success of her brand in such a small amount of time, Shelbaya has no desire to slow down. “I am living my dream right now, but I don’t ever want to stop feeling excited or even nervous about making my next piece,” she says. “I don't think I'll ever be 100% content with what I do; I’ll always want to improve something. But that’s good. I think that adrenalin makes you better at what you do.”