With her latest collection, The Queen of Chaos, Swedish jewellery designer Maria Nilsdotter reflects on the power of chaos in her work and her own life

Maria Nilsdotter is self-diagnosed 'chaotic.' “Chaos is such a strong force, and it brings about change and creation,” she says, “but there’s also a lot of damage that comes with it.”

Nilsdotter has joined me for lunch at the appropriately chaotic Italian restaurant, Ricordi, in central Stockholm. She is an enchanting figure, who’s quick to open up about her somewhat tumultuous personal life including her whirlwind marriage and recent divorce. Her blended family – she has three children from two marriages - as she aptly puts it, she’s prone to “go her own way.”

What has been constant, however, is her eponymous jewellery brand, which she founded straight out of Central Saint Martins in 2007. It has since become a favourite among industry insiders and celebrities from American rapper Angel Haze to Snabba Cash star Alexander Abdallah (with whom she is collaborating on an upcoming collection) not to mention several of my Vogue Scandinavia colleagues. The endless appeal lies in Nilsdotter’s ability to delicately balance the beautiful with the gritty, tough and even grotesque. 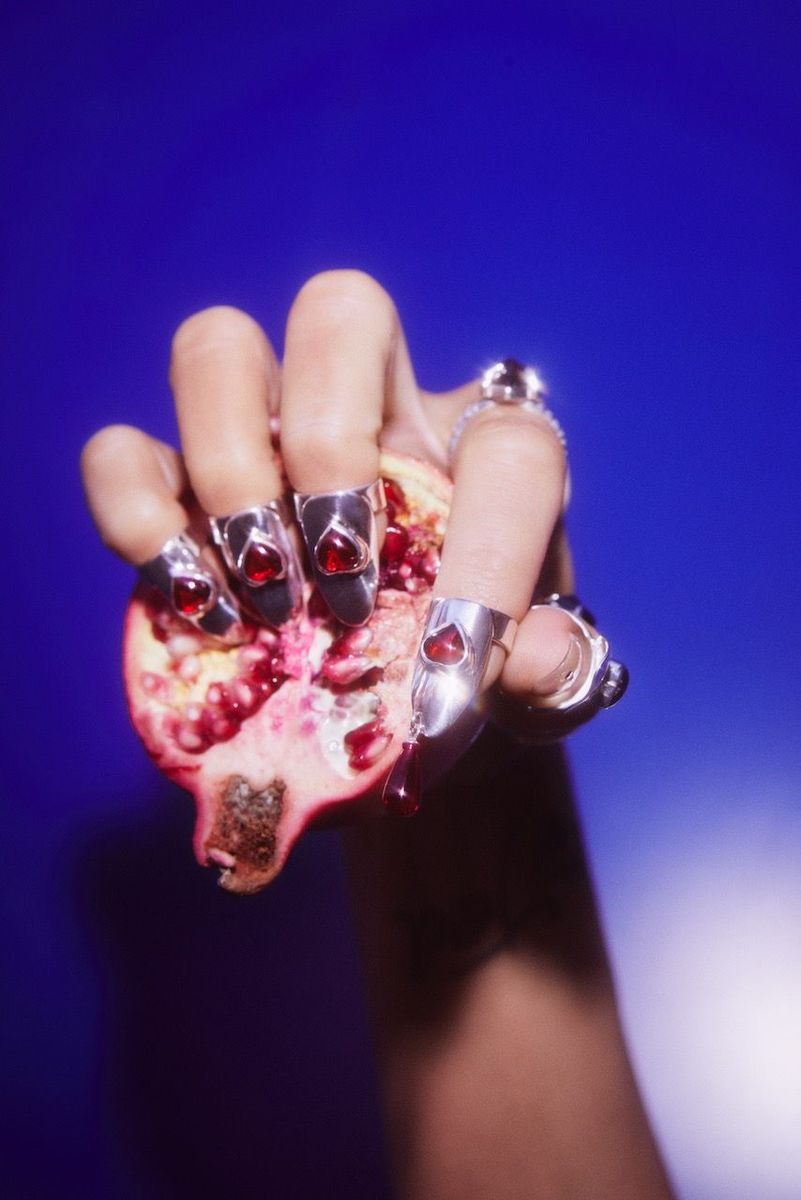 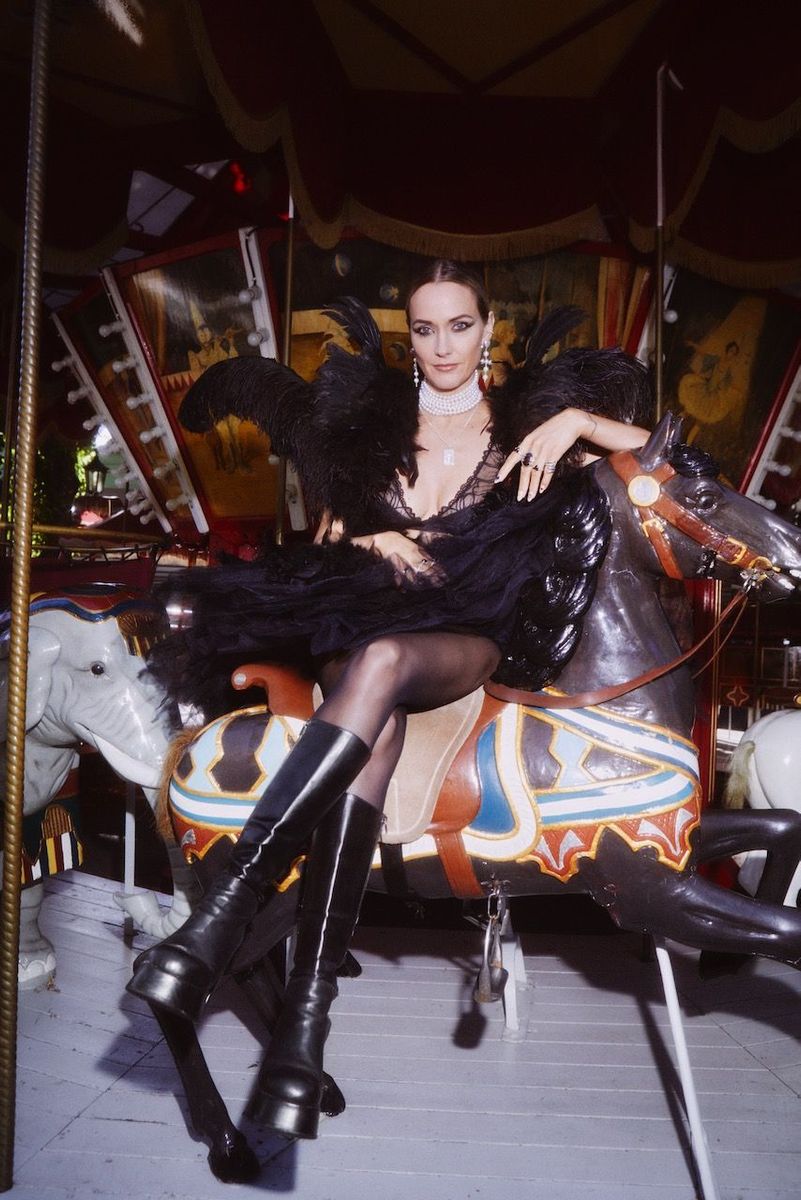 Sitting across from Nilsdotter, I notice she is dripping in her own greatest hits, most notably the brand's signature claw ring. Laced around her neck is the bumblebee necklace – an apt mascot for the brand - known for both its honey and its sting, the insect is another recurring motif of her designs.

Her latest collection, releasing tomorrow, is dubbed The Queen of Chaos. It is as much an ode to the Queen song Killer Queen as it is, in part, autobiographical. Nilsdotter even stars in the campaign, shot last week at Stockholm’s iconic amusement park Gröna Lund. Also on set was Nilsdotter's dachshund, Bob-Fred.

Bob-Fred? “I know, I know, it’s the weirdest name,” she says, “We got this dog in the middle of winter and I wanted him to be named either Freddie for Freddy Mercury or Bob for Bob Dylan. The kids couldn’t decide, so we combined the names.”

As for the collection itself, it is quintessentially Nilsdotter. Chain necklaces feature dangling pear-shaped clear quartz, and sharp daggers protruding from the stone. Freshwater pearl earrings are fashioned into crosses. A red garnet ring is set with claw-like details. “In many of my collections there are these contrasting elements,” she says. Every rose has its thorn.

Nilsdotter also drew inspiration from comic book villains Poison Ivy and Harley Quinn, two fictional characters but one could easily picture both decorated in her jewellery. “These super villains look so cool… but they’re also evil,” she quips. So far so Nilsdotter.

I imagine Nilsdotter alongside them in an impossibly cool girl gang. Poison Ivy, Harley Quinn and the Queen of Chaos.

The collection will be available in-store and online from tomorrow, 7 September.

The animal inspired jewellery to reinvigorate your collection

From Audrey Hepburn to Kate Winslet, the Longines DolceVita watch stands the test of time