Autumn is upon us, and darker nights make the perfect excuse to stay in and snuggle up with a thrilling teen drama. While we impatiently wait for Young Royals season 2 to commence, below, Vogue Scandinavia lists 12 similar, binge-worthy teen dramas to devour now

There’s nothing like a teen drama infused with fierce romance and a generous helping of scandal to have both its target audience and their parents glued to their screens. Released in July 2021, the first season of Swedish teen drama Young Royals took Scandinavia and beyond by storm, leaving us clinging onto an excruciating cliffhanger.

Related: Everything we know about Young Royals Season 2 so far

While we impatiently wait for Prince Wilhem, Simon and the rest of the elite Hillerska boarding school students to occupy our free time yet again, we scour the internet for similar shows to binge. But fret not, Vogue Scandinavia has gone ahead and done it for you. Below, you’ll find 10 stimulating teen dramas to quench your thirst for now. 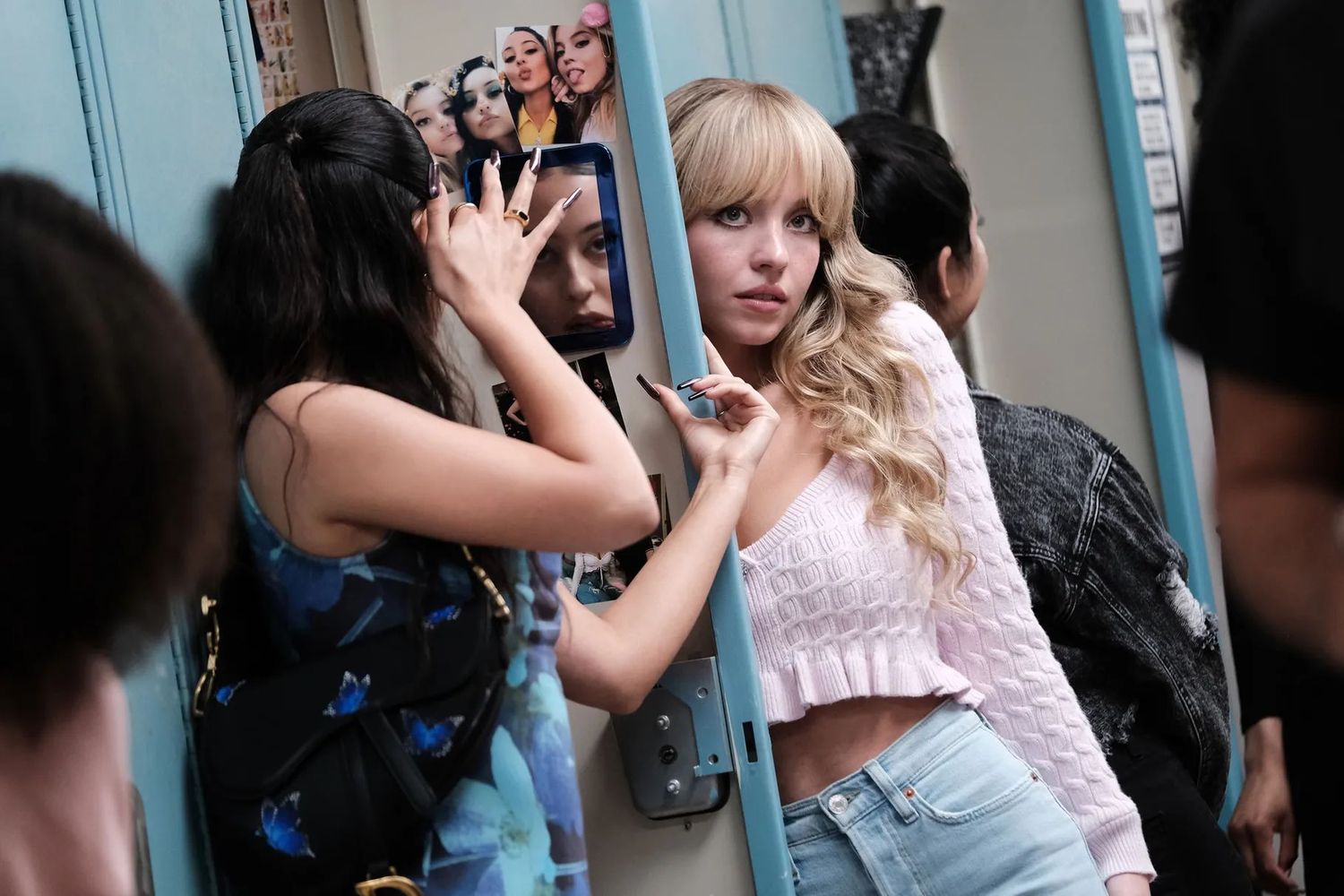 For those who haven’t seen HBO's Euphoria yet – if there are any – consider this a call to action to give it a go. Acknowledging the controversy that exists around the show alongside the debate on what demographic it’s actually meant for, Euphoria may still be one of the greatest drama series to come out in recent years. A bold statement? Absolutely, but considering the outstanding acting, complex yet lovable characters, great soundtrack and most importantly, excellent costume design and makeup, you’ll find this statement to be true.

Created by Sam Levinson, Euphoria centres around high school students navigating the life of a teenager, while tackling issues such as drugs, sex, violence and their own identity – steamy romance included. Realistic depiction of a 21st-century American teenager or not, the show offers a fairly forthright yet somewhat poetic portrayal of all the problems a teenager could be grappling with within today’s society, sans sugar coating. Warning: Highly addictive.

Created by Julie Andem, the Norwegian teen drama series Skam made waves with its realistic and thought-provoking portrayal of Scandinavian youth. The show has been particularly praised for its depiction of a stirring coming out story and for being the first show of this calibre to include a character wearing a hijab. Sparking spin-offs around the world, Skam is inarguably the most prominent teen drama to come from the Nordics.

Centring around a group of Hartvig Nissen’s upper secondary school students in Oslo, the characters tackle issues teenagers are likely to face; love, friendship, bullying and being a student. As each season (there are 4) unfolds through a different character’s eyes, viewers are taken through a journey of everyday life tainted by scandals, romance and struggles.

Related: 'Vinterviken' and the appeal of the Swedish romantic teen drama 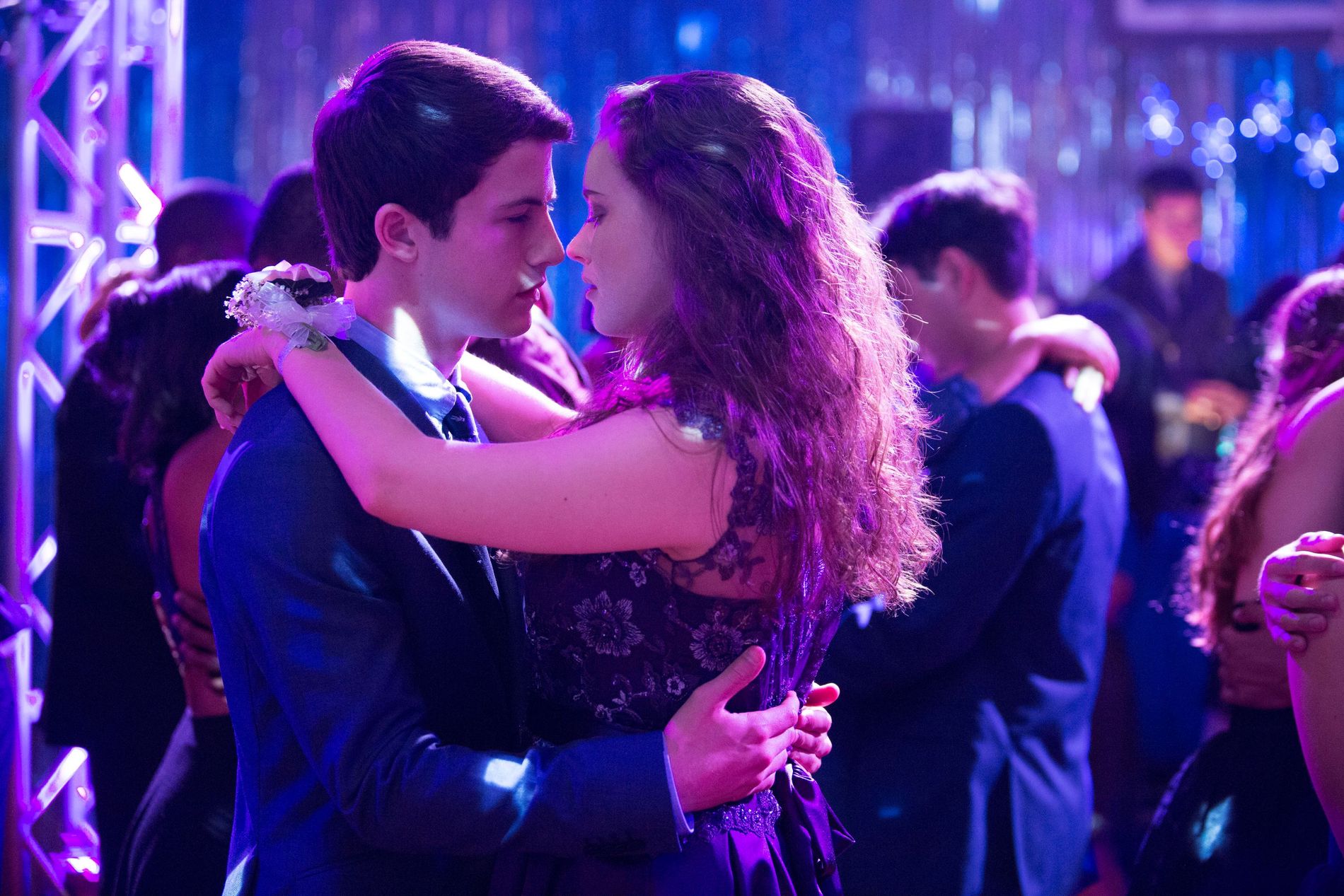 When Netflix's 13 Reasons Why was released in 2017, it shocked the world with its open and lurid way to deal with teenage suicide. However, beneath lies an important and impactful lesson on high school bullying. Developed by Brian Yorkey, the series follow the lives of American high school students, where events are told through the eyes of lead character Hannah (Katherine Langford), a distraught teenager. As Hannah decides to take her own life, she leaves a cryptic box behind that contains 13 tapes she had recorded before her death.

Dedicated to uncovering why his major crush would want to commit suicide, classmate Clay (Dylan Minnette) begins to listen to the tapes, unravelling the dark truth. Although sinister at times, 13 Reasons Why gives us a dose of that hooking teenage drama we love so much, sprinkled with romantic twists and turns. 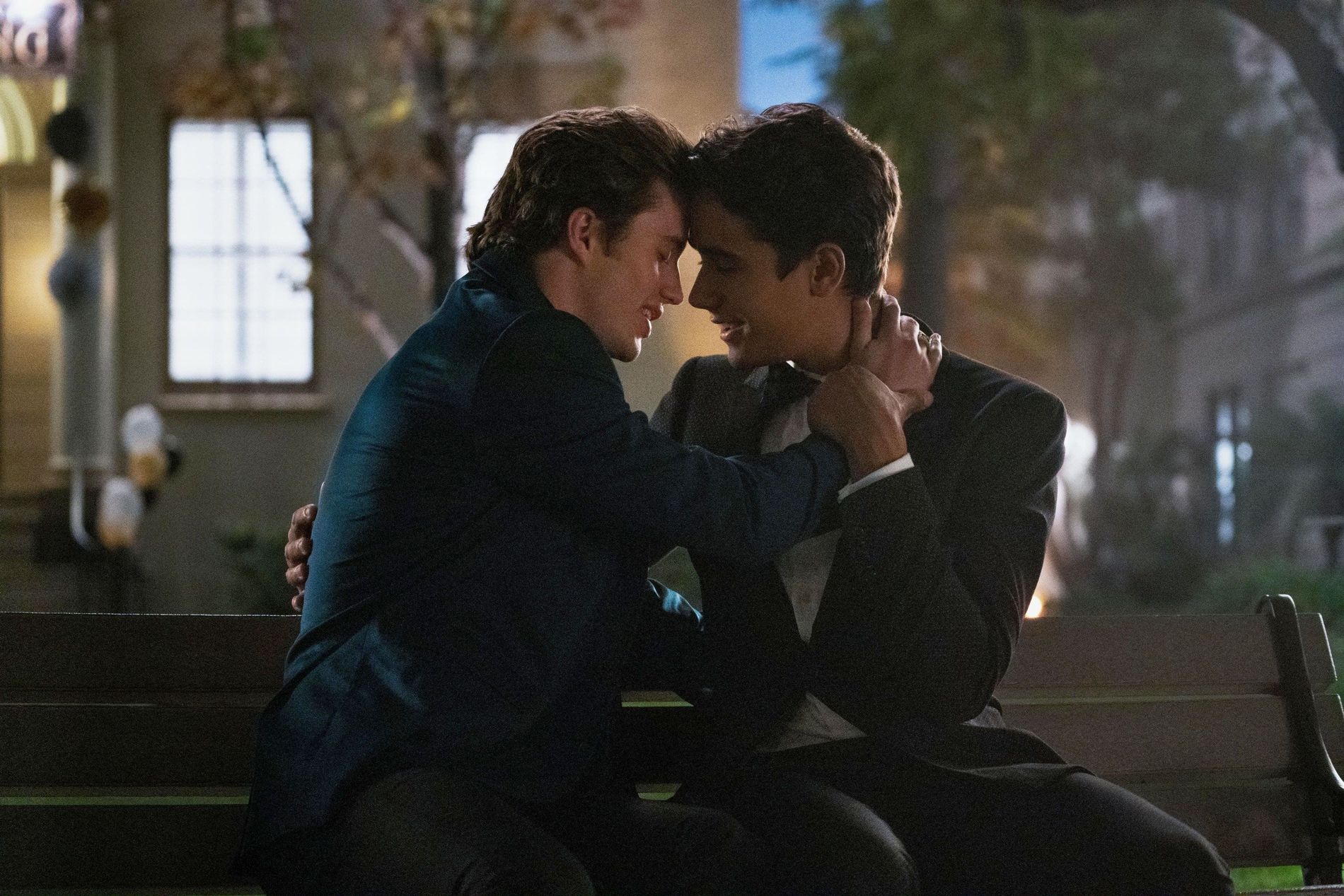 A recent American teen drama created by Isaac Aptaker and Elizabeth Berger for Hulu, Love, Victor is reminiscent of Young Royals with its plotline of portraying a teenage boy’s (Victor, played by Michael Cimino) journey of self-discovery, including struggles with sexual orientation and trying to find his place in a new environment.

The series is set in the world of the revolutionary musical Love, Simon, where characters from the two productions intercept. As closeted gay Victor gets blackmailed into coming out while dealing with troubles at home and drama at his new high school, he leans onto Simon, getting his valuable advice on life and romance.

Related: Oh my Omar: The Young Royals actor talks sudden stardom and his boy-band past 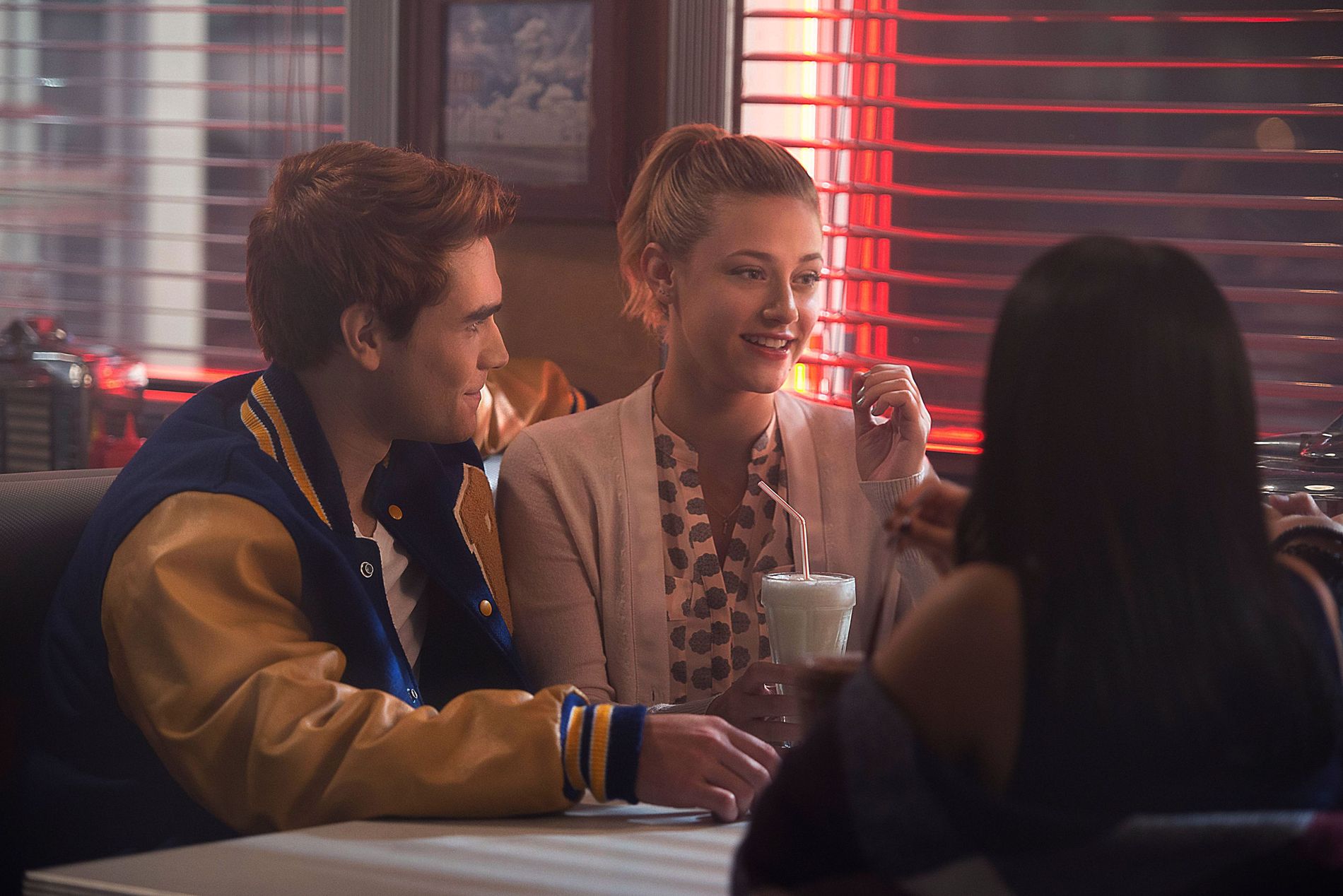 A top-rated American high school drama infused with multiple murder mysteries and a touch of science fiction, Riverdale has dominated Netflix for 6 seasons already, with episodes of season 7 airing now. The series is based on the characters of the iconic Archie Comics and thus focuses on its’ four main characters, Archie Andrews (KJ Apa), Betty Cooper (Lili Reinhart), and Veronica Lodge (Camila Mendes) and Jughead Jones (Cole Sprouse).

Together with their high school peers, the teenagers navigate the challenging waters of friendship, romance, school and family while sinister events occur in the eerie small town of Riverdale. 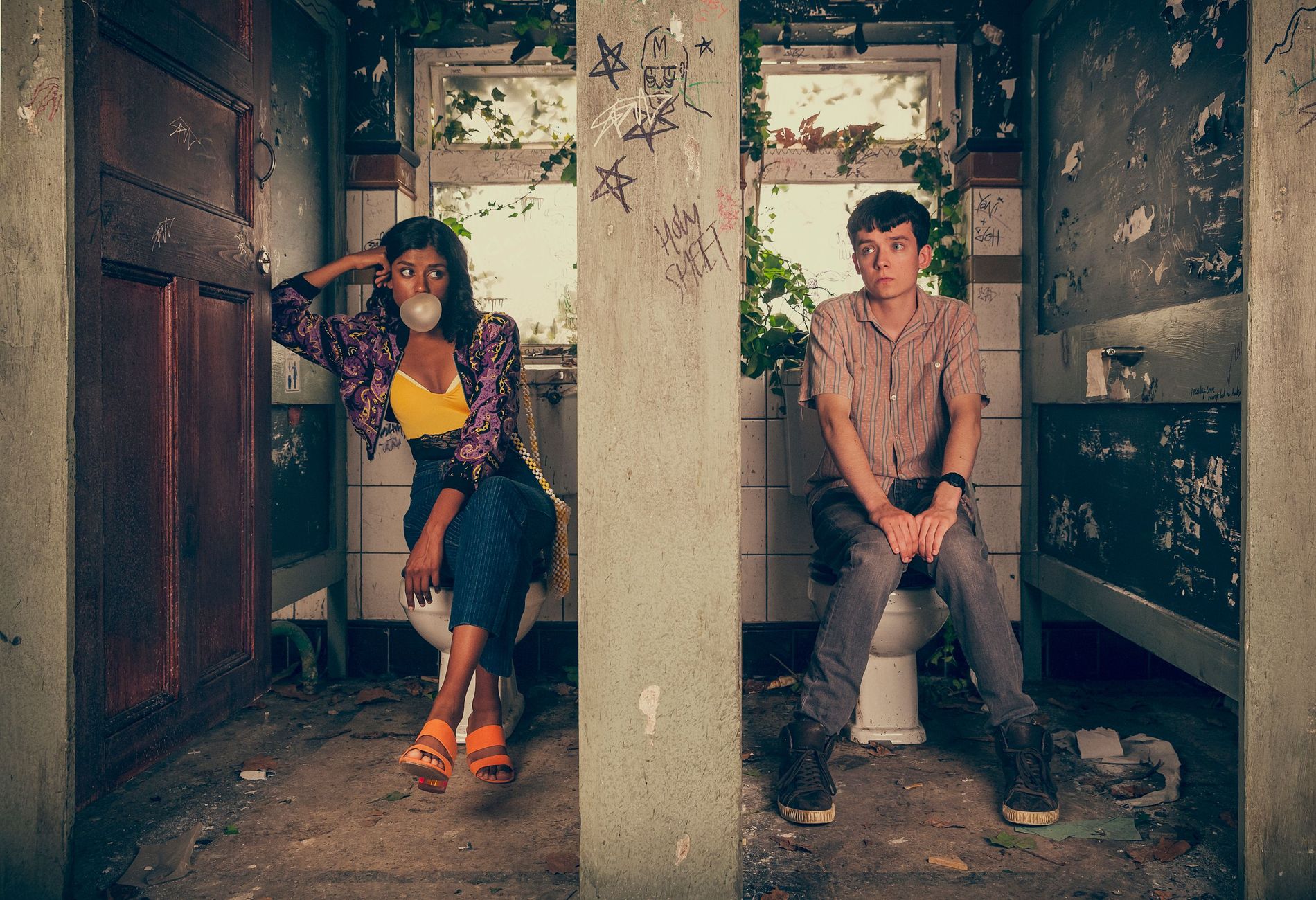 A blatantly open, humour-infused British Netflix series about, well, sex, Sex Education grabs onto the topics and discussions that before may have been perceived as awkward and uncomfortable. Created by Laurie Nunn, the show follows a bunch of high school students, their parents and teachers who are each figuring out themselves in the spectrums of identity, whether it be sexual or personal.

Centring around the lead character Otis Milburn (Asa Butterfield) and his sex therapist mum Dr Jean F. Milburn (Gillian Anderson), the series sees Otis, perhaps a little unconsciously, following his mum’s footsteps as he sets up an underground sex clinic, located at the school’s abandoned toilets. As the teenagers approach Otis for advice on sex, comical events and misunderstandings occur while new romantic interests are born. 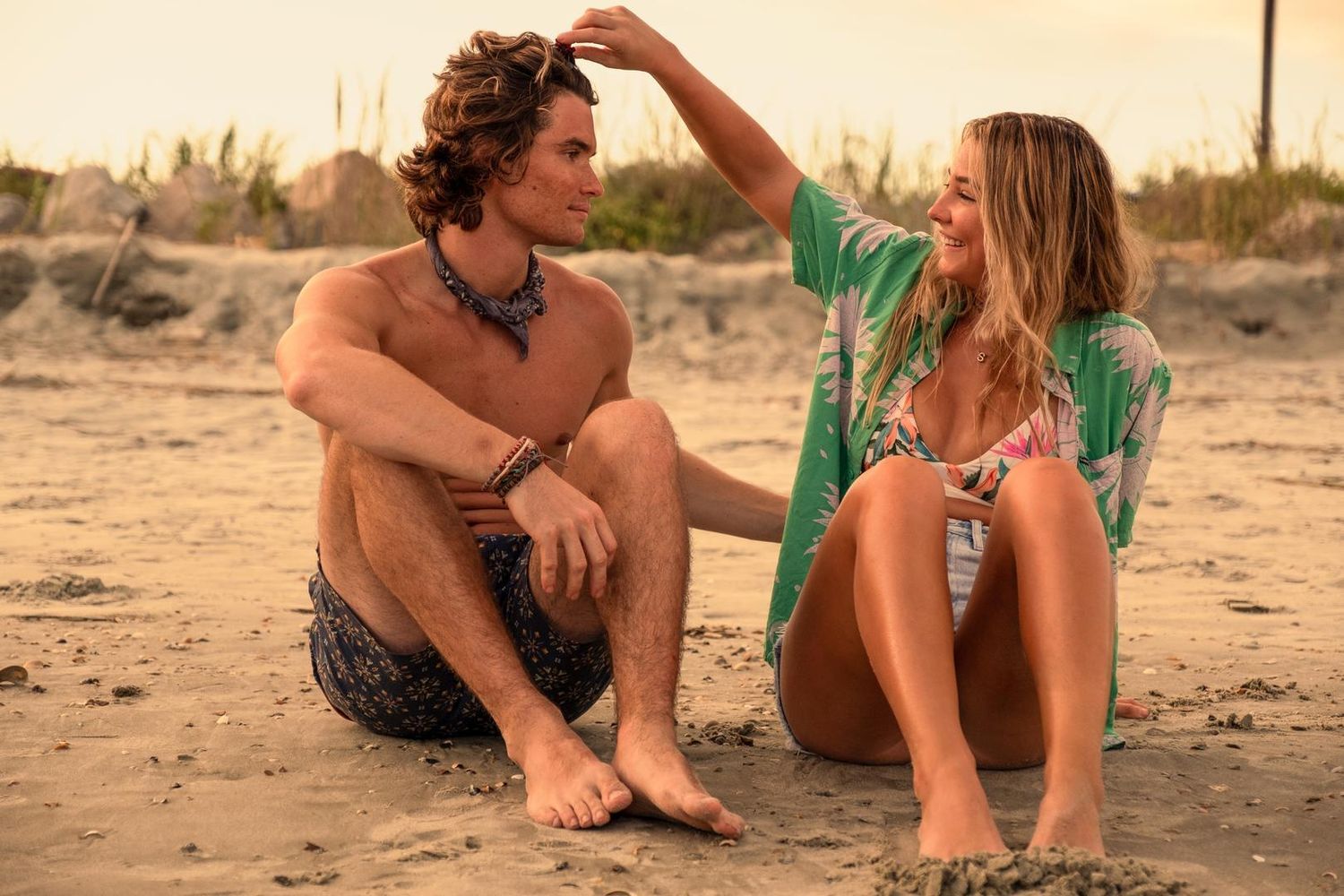 Airing in 2020, the first season of Netflix's Outer Banks gave us that much-needed dose of teen drama amid lockdowns happening across the world. Rather than focusing on students at a high school, Outer Banks follows teenage outlaws, the rebels living the relaxed-to-the-max island life in the steamy and sunny surroundings of North Carolina’s outer banks.

Created for Netflix by Shannon Burke, Jonas Pate and Josh Pate, Outer Banks oozes drama and mystery while encapsulating the ever-adored story of a rich girl who meets a boy from the wrong side of the tracks. As the teenagers discover a treasure map indicating a long-buried secret, a relentless hunt for the treasure begins, alongside unexpected plot twists. 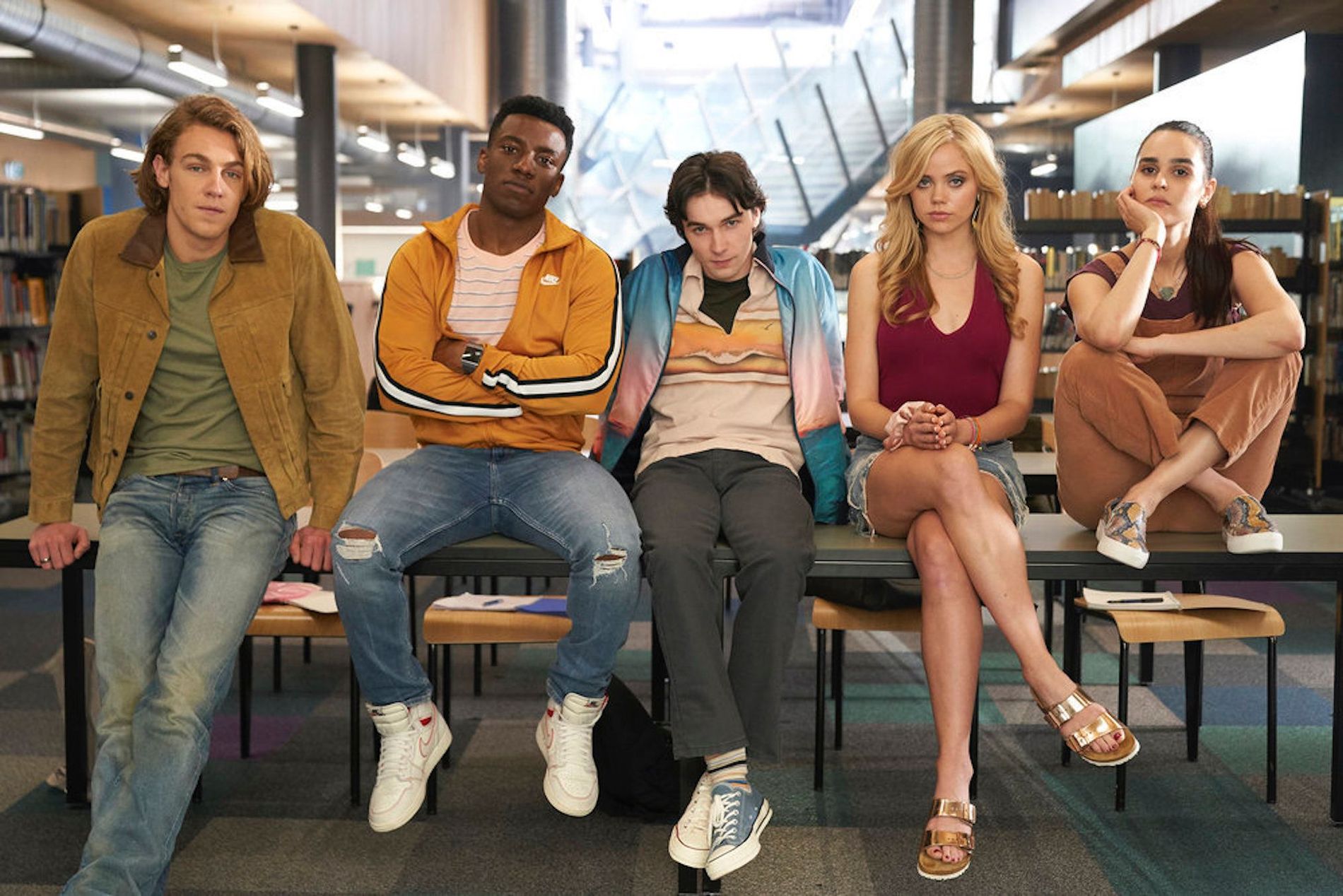 A Peacock original and a recent addition to Netflix’s array of high school murder mystery shows, One of Us Is Lying is based on a best-selling book of the same name by Karen McManus. Created by Erica Saleh, the series presents its own version of The Breakfast Club, where four high school students witness a murder while attending detention. Adding a dash of Gossip Girl into the mix, the dead student was the admin of a gossip app, putting a host of people on the suspect list.

As the police work hard to find the person responsible, distrust arises amongst the students, especially towards the individuals at the crime scene.

Related: The biggest Nordic releases coming to Netflix this year 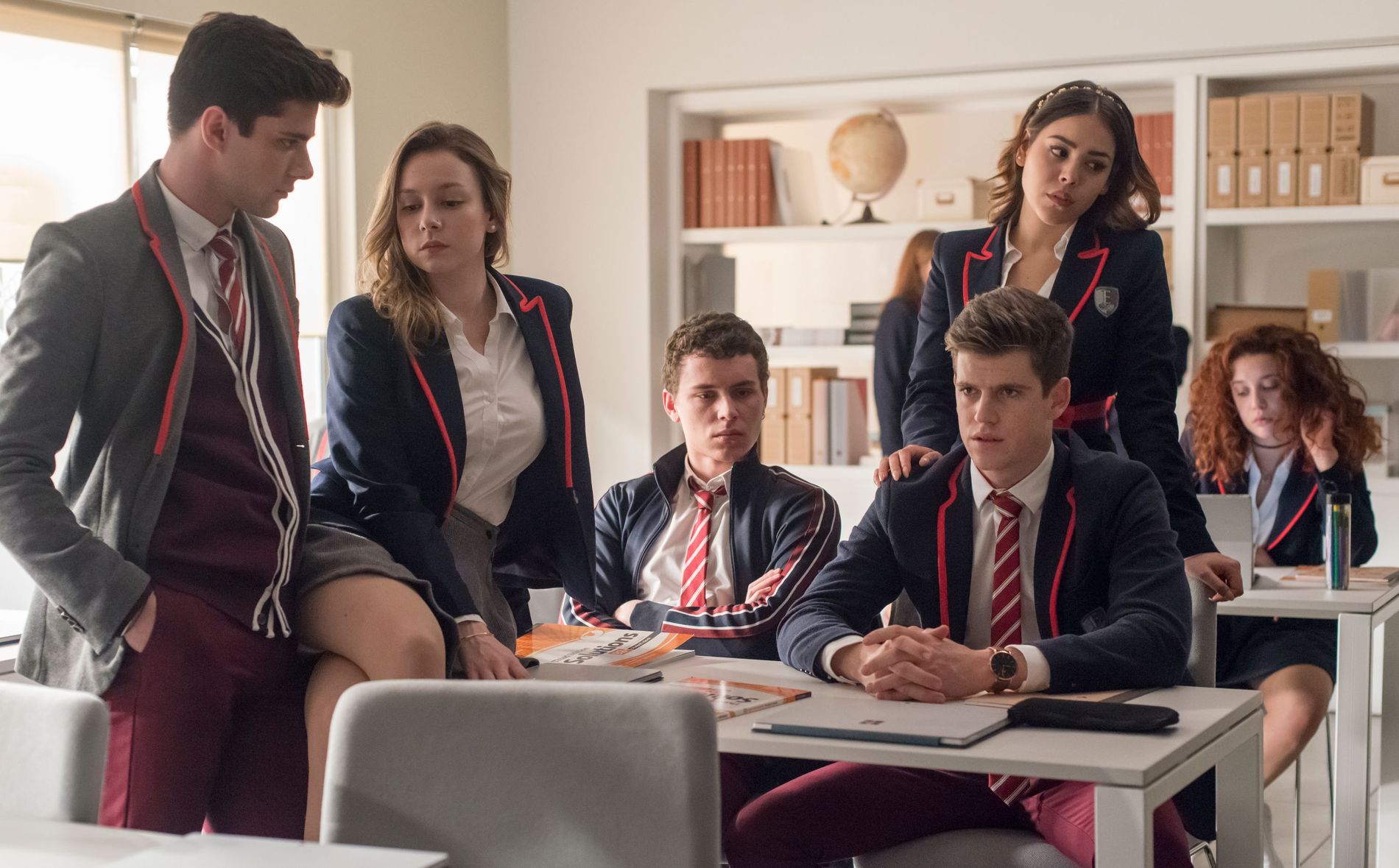 A Spanish Netflix series created by Darío Madrona and Carlos Montero, Elite depicts the contrasting lives of working-class teenagers and their ultra-wealthy counterparts as the middle-class kids enrol on a prestigious private school in Spain. As the wedge between the teenagers grows, leading to a clash between the students, a murder occurs. The events are followed by further mysterious twists and turns that shake up the school. 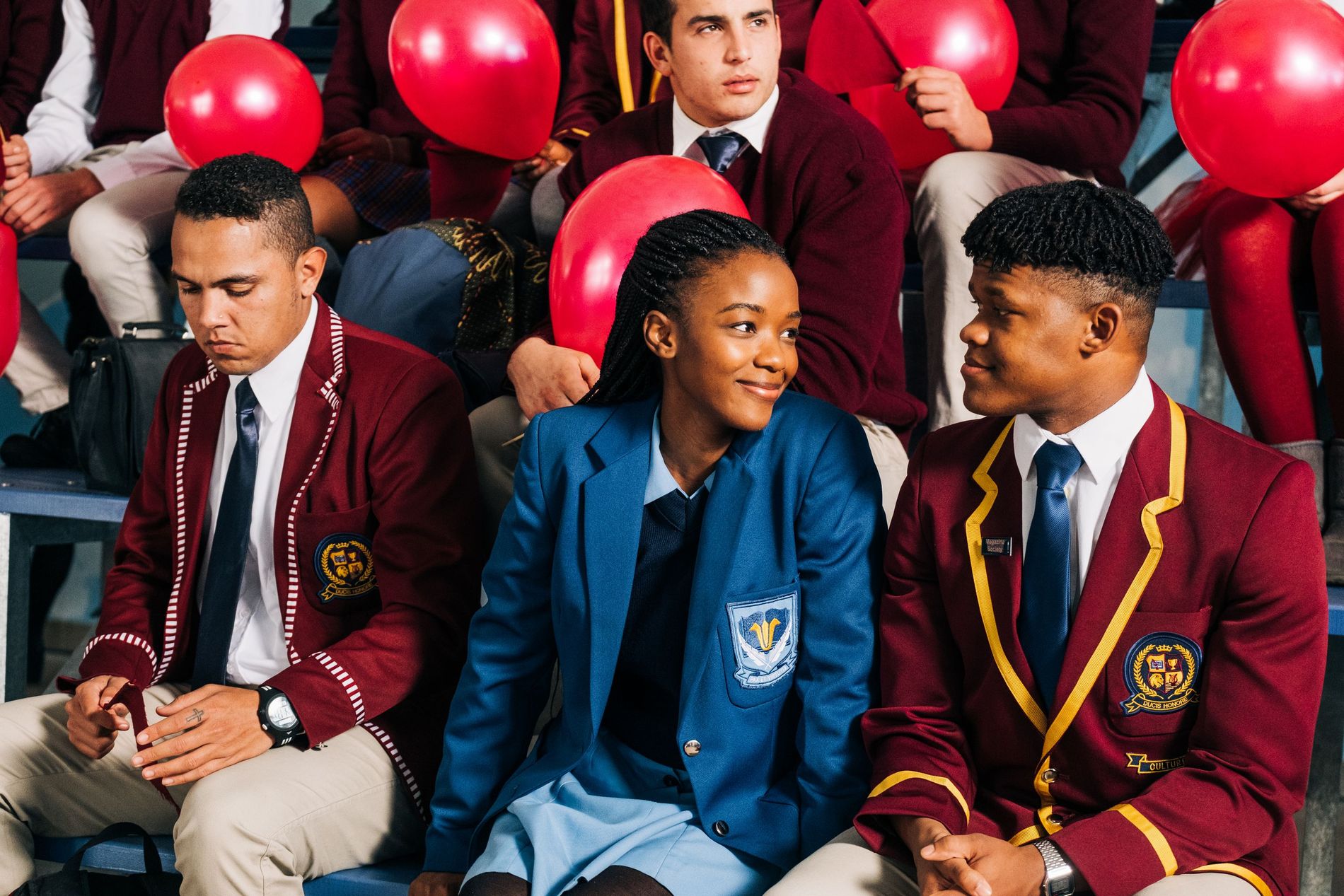 A South African series created for Netflix by Darune Joshua and Travis Taute, Blood & Water is another popular teen drama soaked with mystery. As a Cape Town teen discovers a family secret implying that a private school swimming star could be her sister who was abducted at birth, the teenager embarks on an investigative journey dedicated to unravelling the truth. After Queen Sono, Blood & Water is Netflix’s second original African series. 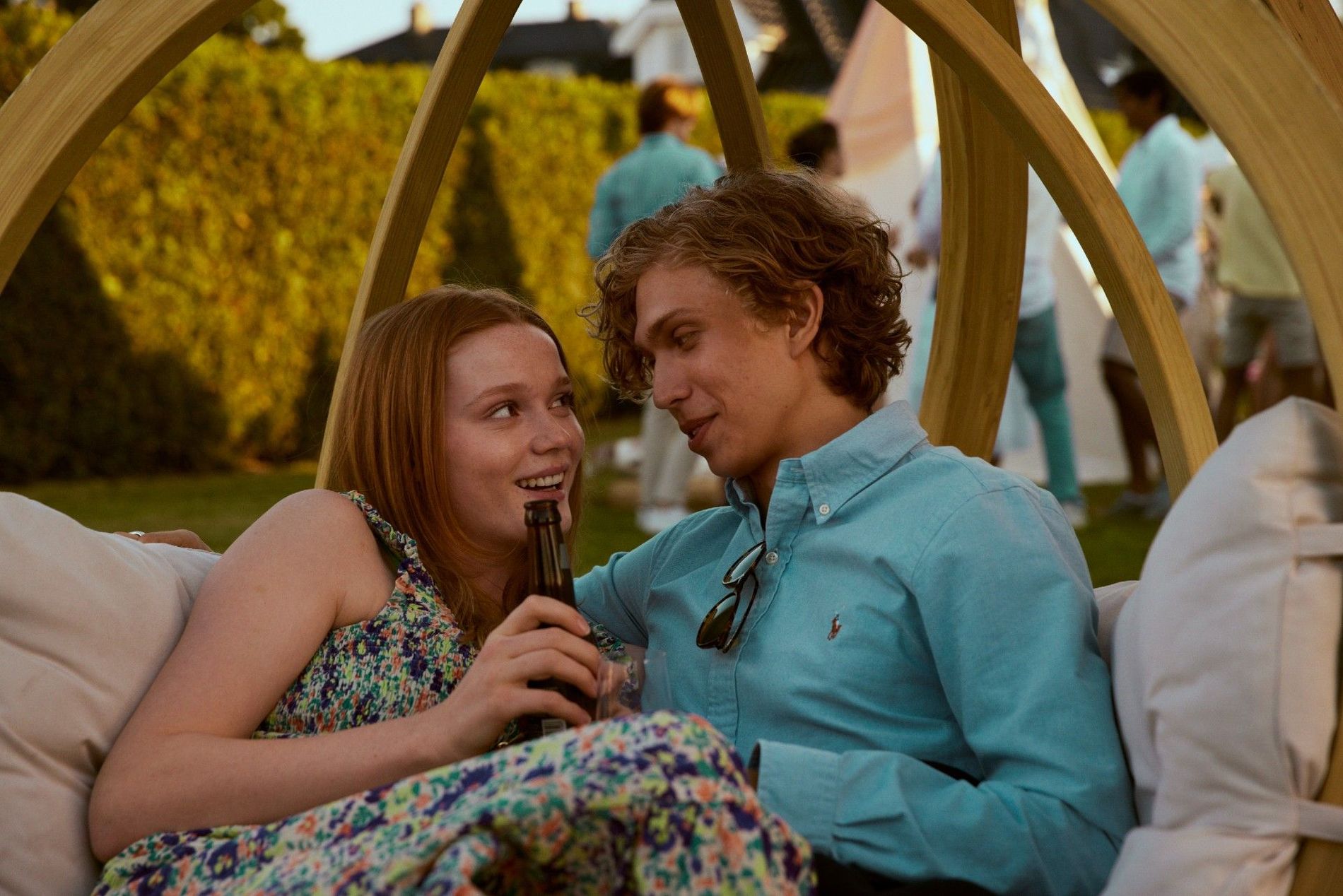 This August, our thirst for stimulating a royal teen romance was quenched for now, when Netflix released the Norwegian film Royalteen. Centring around a tangled love story as old as time, the film sees commoner Lena, played by Ines Høysæter Asserson, fall in love with Kalle, Crown Prince of Norway, played by Mathias Storhøi. As one might expect, the budding romance comes with obstacles that may stand in the way of the pair being able to be together, as Lena tries to fit into Kalle’s world all the while keeping her own secrets… 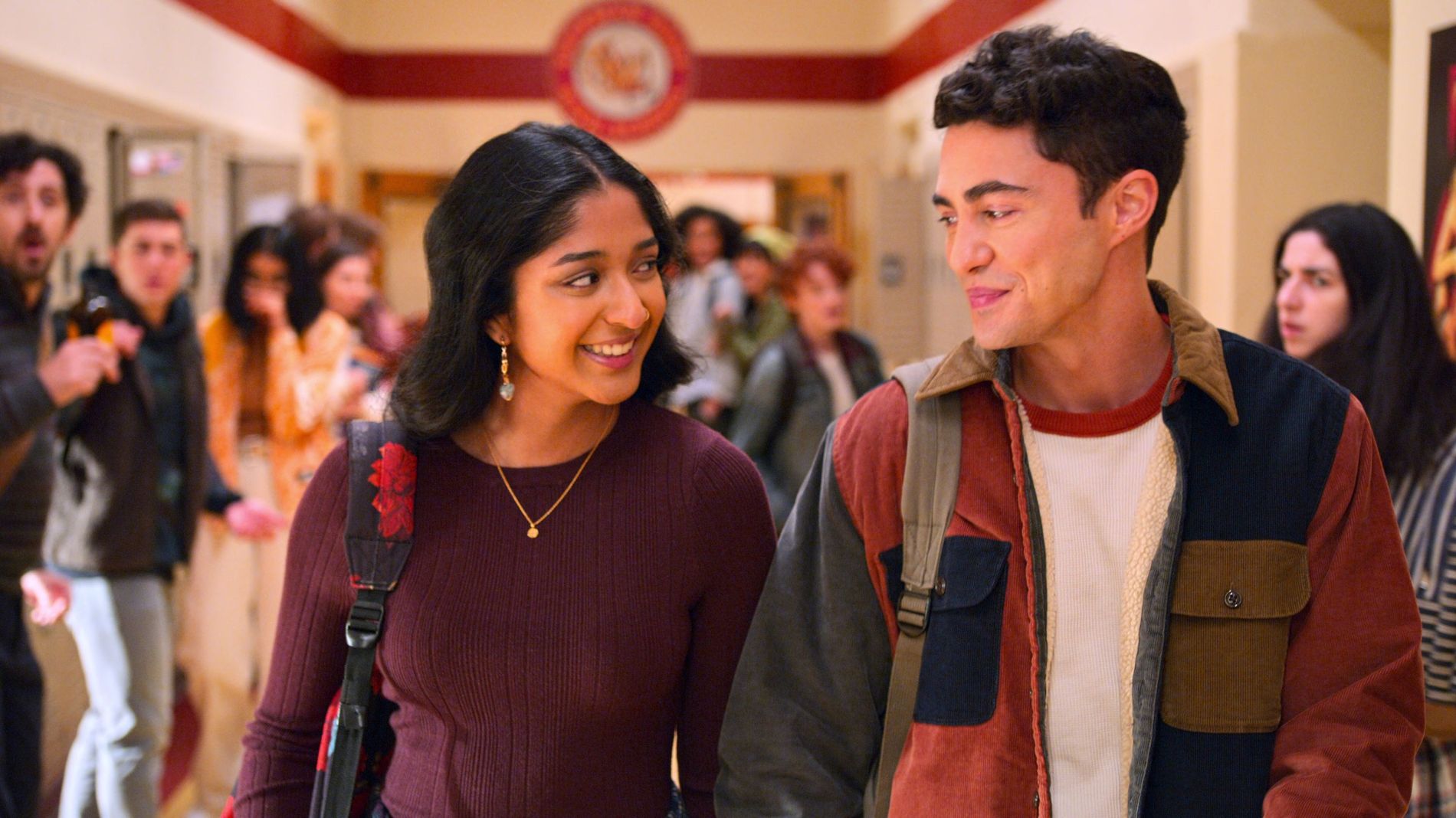 Netflix's Never Have I Ever is the perfect pick for the ones who like their teen dramas less sombre than shows like Euphoria and 13 Reasons Why. Created by American actress and producer Mindy Kaling, the charming show is a coming-of-age drama peppered with great humour. Inspired by Kaling's childhood, the series follows Devi (Maitreyi Ramakrishnan), an Indian-American teen who, after a traumatic year, is looking for a change within herself and her social status. However, the mission is not as easy as she thought, as friends, family, and feelings get in the way.