Vogue exclusively premieres the Scandi pop wonder Kristofer Greczula’s latest music video for his single Hold My Heart, an English re-interpretation of the Swedish classic Håll Mitt Hjärta by Björn Skifs. Kristofer Greczula is the chosen one to perform the new anglo version, carving out his place in the heart of the local pop phenomenon.

Greczula believes in honesty and reveals that he’d never heard the song before. “It’s very embarrassing, but I didn’t know anything about it. And I told them that, and they kind of just laughed.” Having spent 142 weeks on the Swedish pop charts from 2003 to 2006, how Greczula managed to escape Håll Mitt Hjärta it is needless to say, a feat, but also something he used to his advantage:

“I can just imagine if I were to do a song that I’ve known for a long time being hard to like change small things because it’s still stuck in your brain and like muscle memory and all that. The first time I recorded the vocals was the first time I sang the melody, right? Which I think was a good thing.” 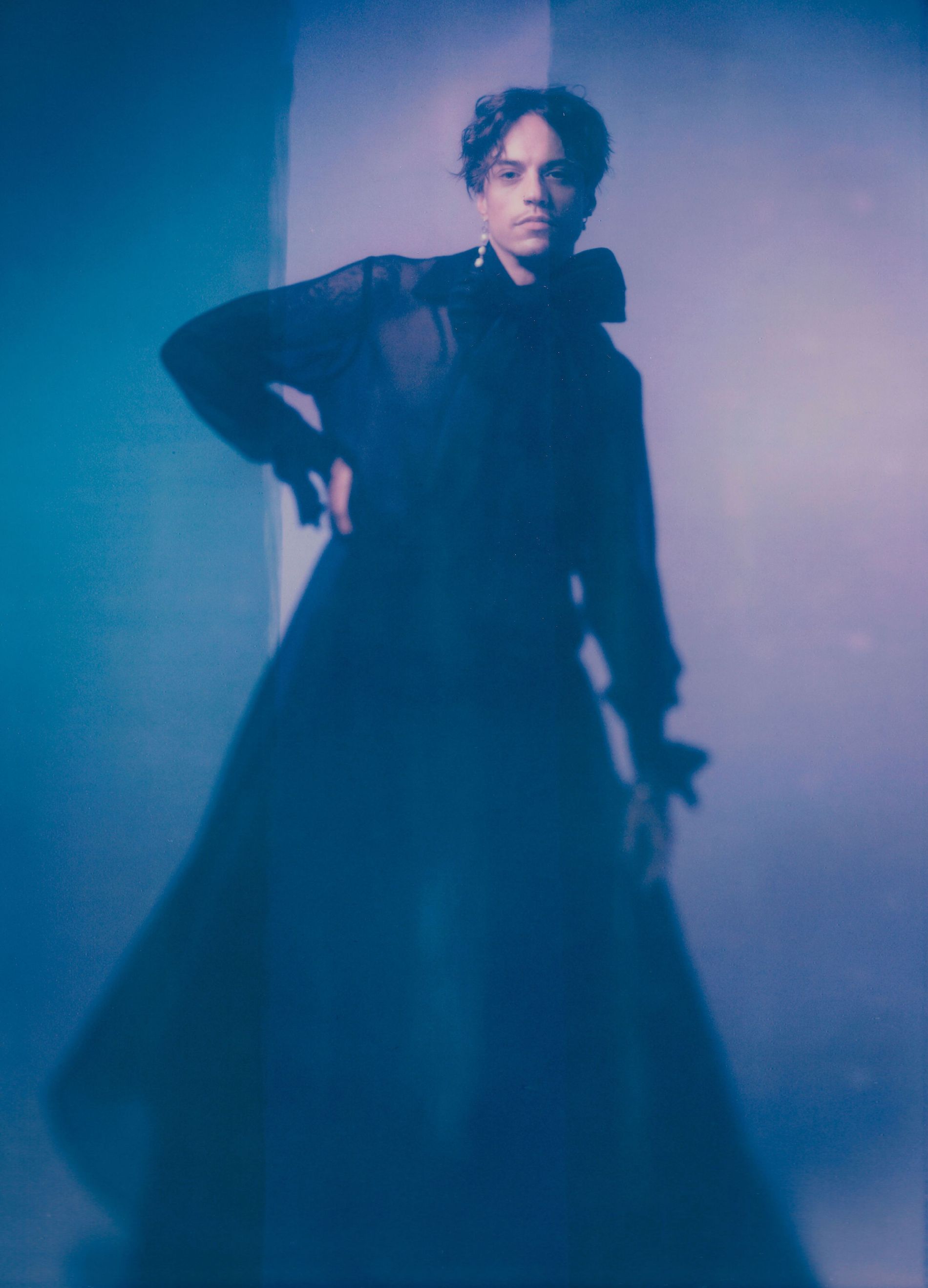 The song is a dramatic, psalm-like track that builds and explodes in a key change in the final chorus. Fittingly enough, the video was filmed in a castle, with a various array of taffeta ballgowns to capture the idea of “living art”. Greczula says that he channelled the energy of a phantom, stuck in the frame of the art piece in the castle, waiting to be set free. And of course, you cannot be a ghoul trapped in a castle without being fabulously dressed.

Inspired by both Prince and the dress-for-effect mantra of Lady Gaga, he says that “I’m wearing like dresses and skirts and stuff, not just to make a statement, but also because we felt the music. The first single was very beautiful, and I couldn’t find any clothes that matched the song.” And then he says that it just “clicked”.

“We went to search for beautiful dresses. So, yeah, we’re like a good team, and we have the same vision, which made it so easy to work, and we all have the same idea.” And my stylist, Peter Englund, was like, ‘Well, why don’t we try to have you in the dress?’ And I was like, Sure, I’d love to. And then it just clicked. So, together with the director Nelson Elle, we went to search for beautiful dresses.”

Listen to 'Hold my Heart' by Kristofer Greczula