With the inescapable temperature drop just around the corner, we hone in on hosiery

During the pandemic – when most of us would avoid anything skintight like the plague – stockings became a surprising mainstay ensuring some sartorial satisfaction in a world filled with sweatpants. The sudden surge of sheers seems to be connected with our desire to dress up. Danish influencer Pernille Teisbeck embodied the sentiment perfectly when she posted a picture to Instagram at the height of the pandemic wearing Chanel sheers; captioned "If I was going out.”

For the coming months of social emancipation and denier dressing, we look to the last couple of seasons for inspiration – Where the runways introduced a certain level of luxury to the world of hosiery. Marine Serre’s now iconic lunar tights instigated a domino effect of designer deniers. The logo-mania became particularly apparent with instantly recognizable double C’s, crystal-embellished GG’s, and a ”Karligraphy” print at Fendi (in tribute to late creative director Karl Lagerfeld) spangled on legs stomping down the catwalks. In doing so, designers made fashion tights a relatively accessible entry point to some of the world’s most desirable brands.

The affordable nature of stockings makes it easier to incorporate colours and patterns in our wardrobes. Stylist Camilla Larsson, tends to reach for something classic but playful when picking a pantyhose. "The monogrammed tights of last season are still a fun way to spruce up an outfit; they look a bit retro and have some humour to them. I like the muted styles with minimalistic details best, like small dots or a seam up the back. I find inspiration looking at old-school icons; Jerry Hall in stockings and a cocktail dress or Charlotte Rampling in fur and stockings. It has an air of Helmut Newton about it."

But why are we Nordic women so fond of our hosiery? It all comes down to weather and climate. When what you wear for most of the year is hidden beneath a coat, how you dress up your legs makes all the difference. A statement stocking can reinvent any somber outfit, "tights are easier to play around with; they’re far more forgiving than a pair of pants,” says Linn Frisinger, CEO of Swedish Stockings.

To stay warm, a new wave of layering has emerged at the AW21 runways – With both maisons and local brands developing an affinity for socks. Acne Studios and Cecilie Bahnsen both stuffed chunky knits into boots, while Dior opted for a white sock bunched up around the ankle, and Miu Miu layered bright knee-highs over nude tights. Knee-highs were also embraced in a sheer iteration, with Dries Van Noten pairing a pair of rust-colored socks with tonal heels, and Chanel giving us a peek of black above white, quilted boots.

Stockings are a sign of ritzier times ahead, and considering their historical association with liberation; we can’t wait to enjoy plenty of soirees in our sheers.

The Designer Tights to Invest In Now 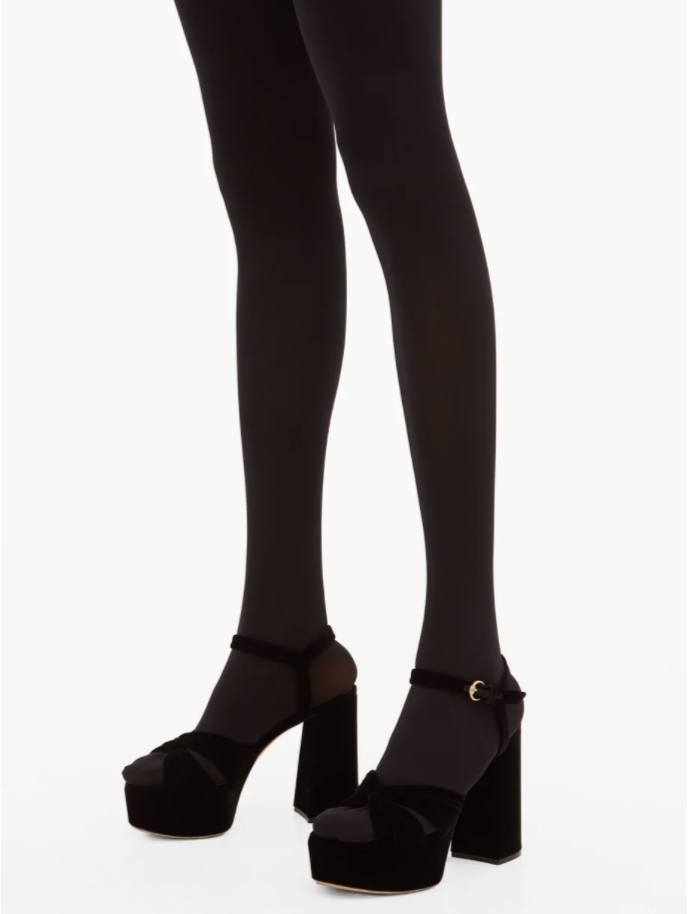 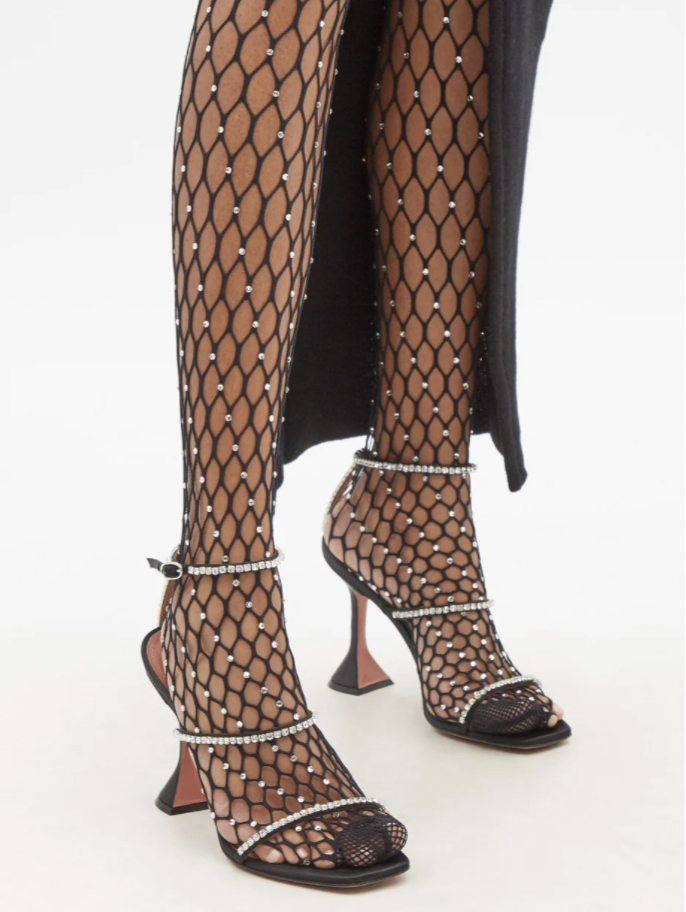 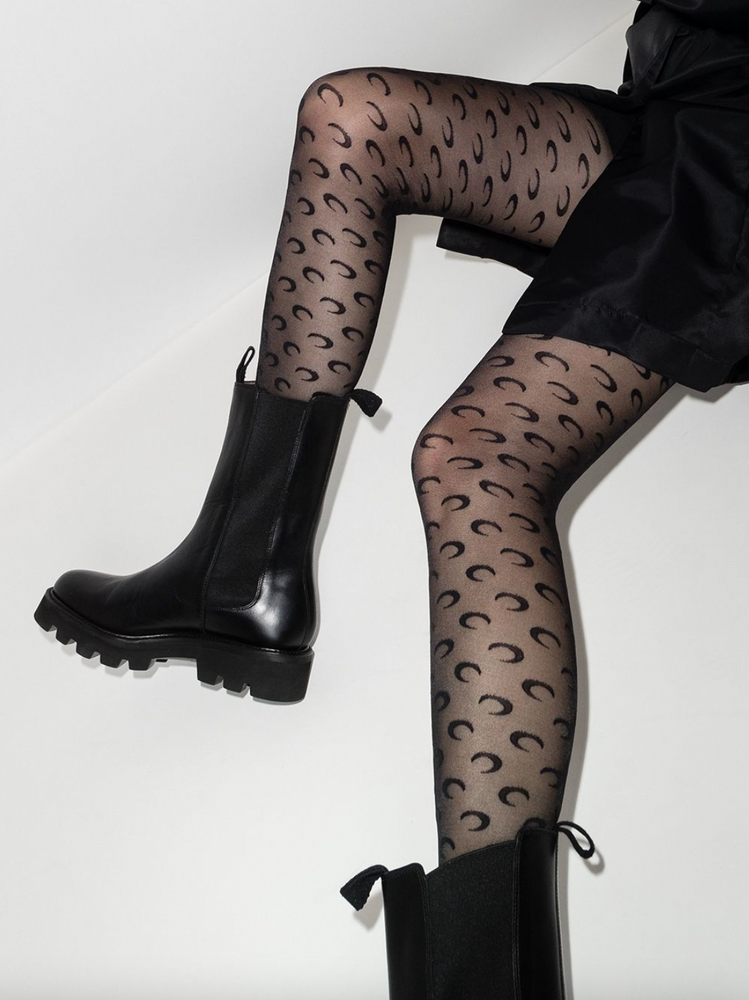 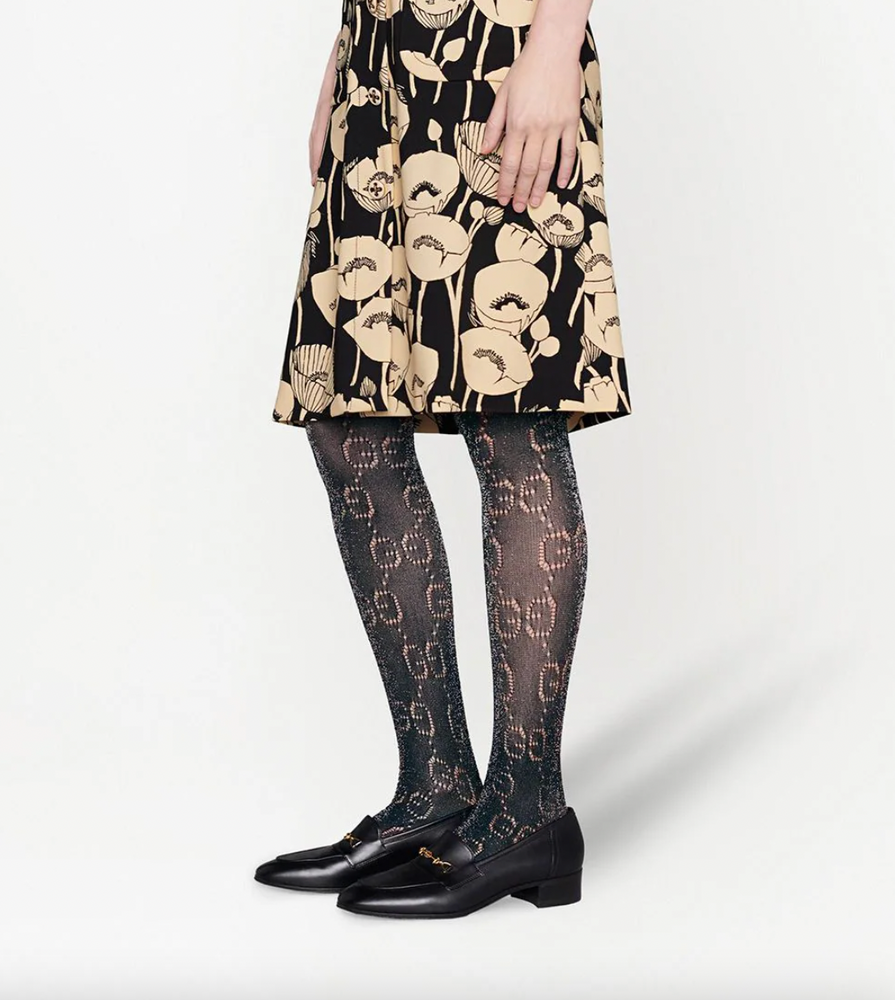 Mastering the art of wearing two coats at once

The truth about diversity in the Nordics