Helmstedt may have welcomed guests aboard — or to sit beside, rather — a shipwrecked boat for SS22, but creative director Emelie Helmstedt did not explore the high seas for inspiration this season. Perhaps it was the global necessity to stay put, perhaps it was that she just became a mother. Either way, the designer found her muse in shores closer to home, here in Denmark.

Playfully dubbed 'Ahoy', the collection imagines a surreal fisherman fairytale. Fluid strokes and patterns, for which the designer is known, mimic the seaweed, splashes and aquatic wildlife found in the seas surrounding her country. Nautical-striped jackets and trousers break up an otherwise dreamy palette of pastels. The models trudged along a sandy beach barefoot (some attendees wearing heels were not so lucky, as they scrambled to their seats). Some had even caught a fish. 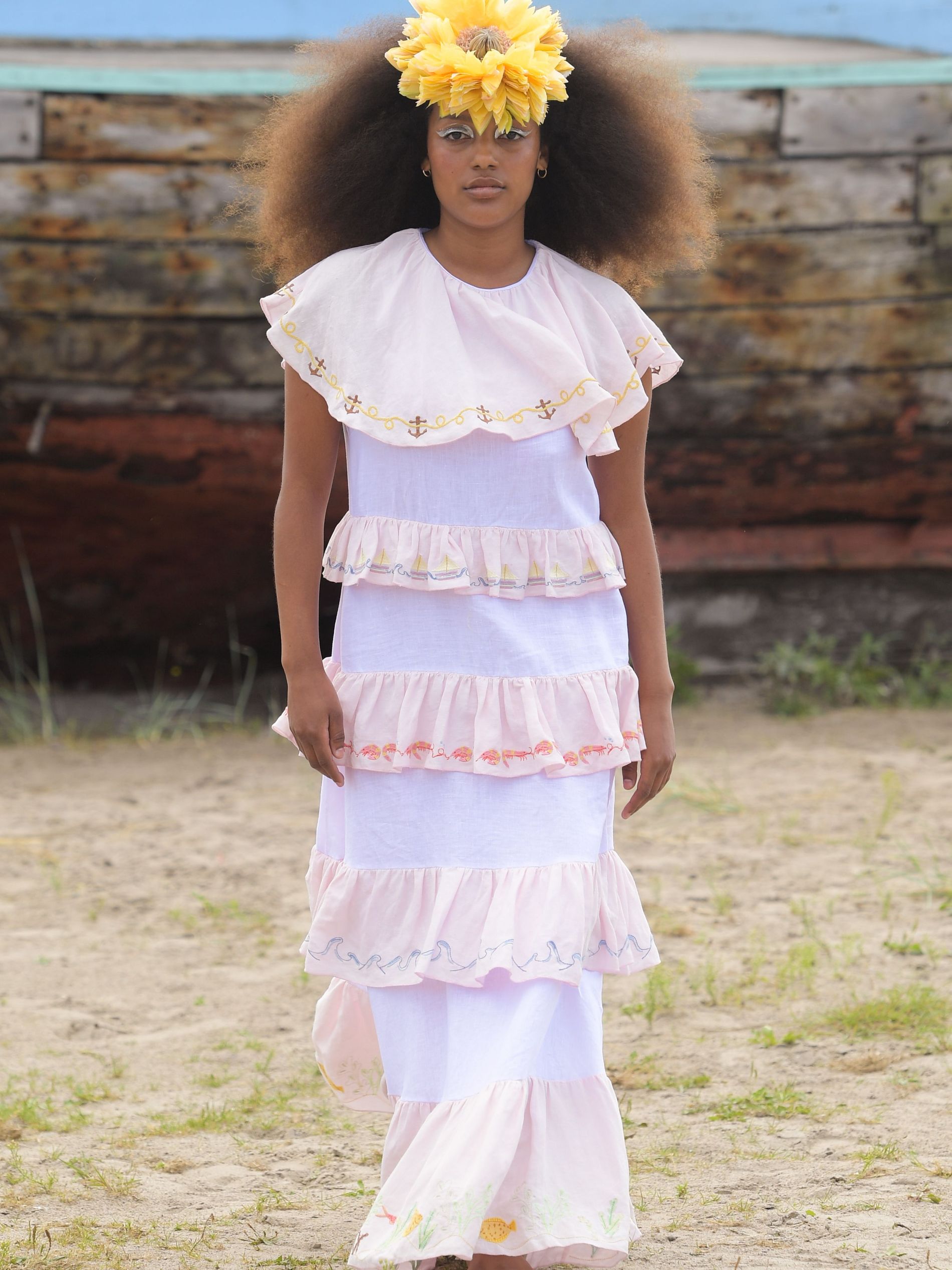 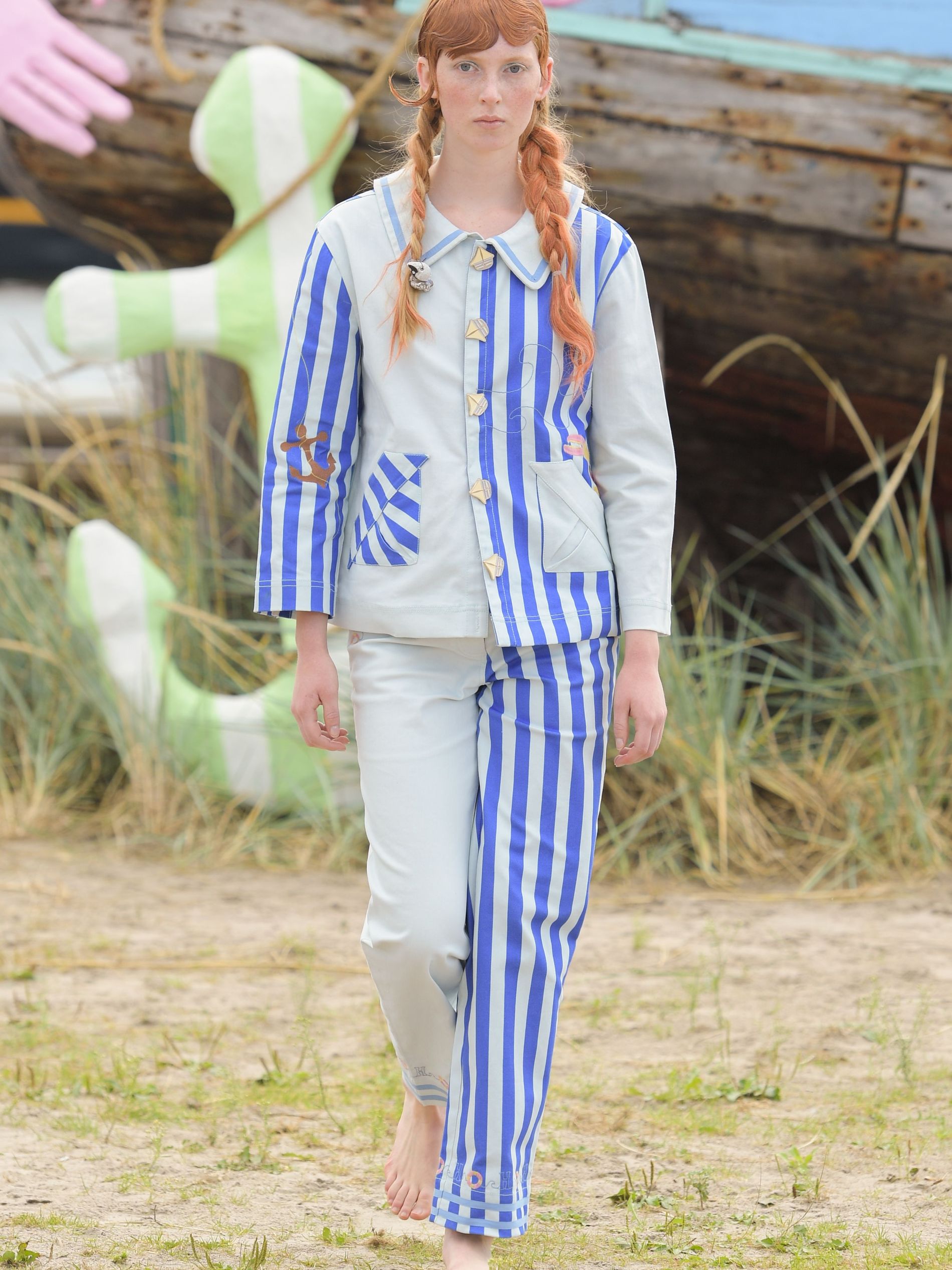 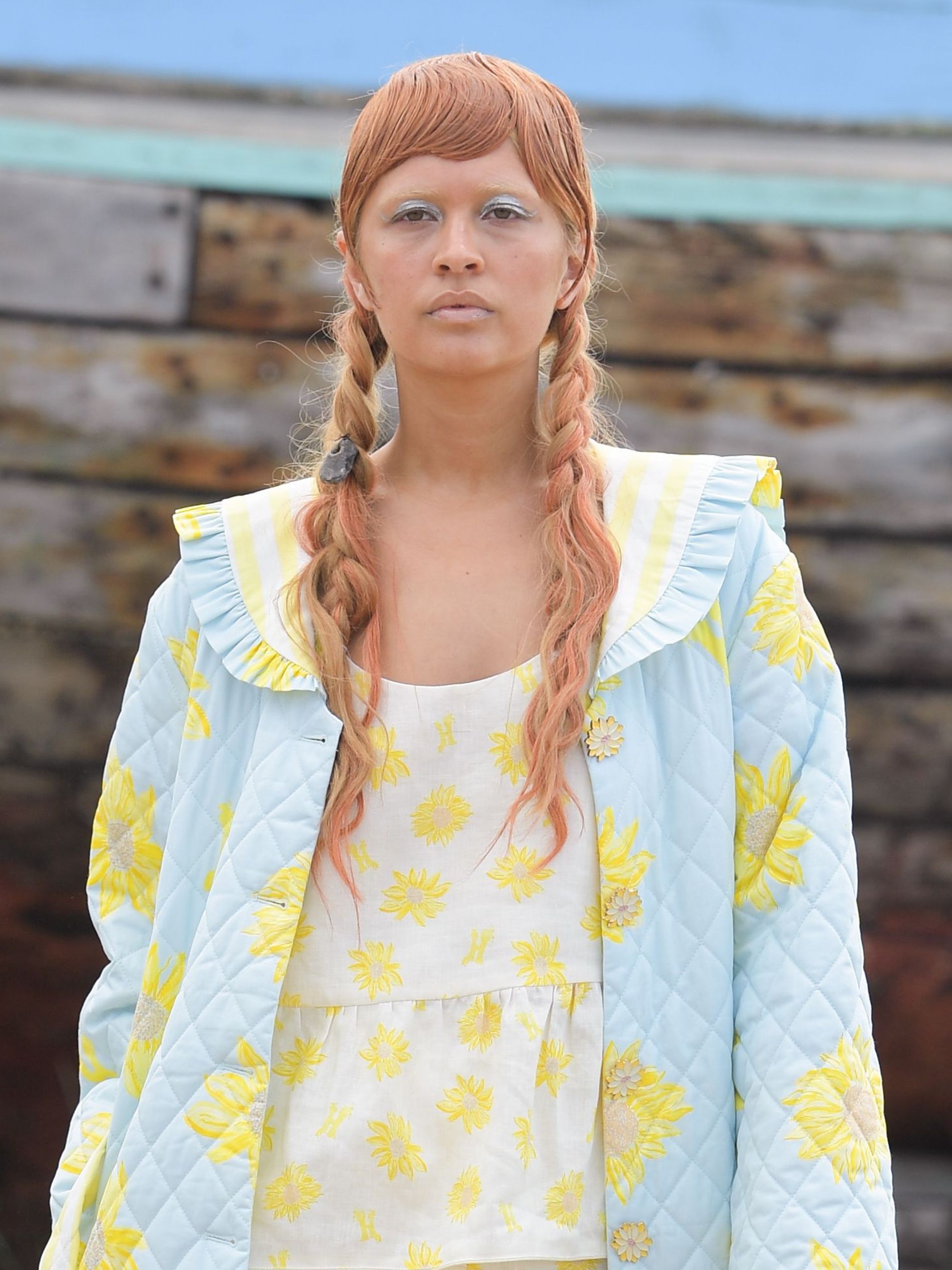 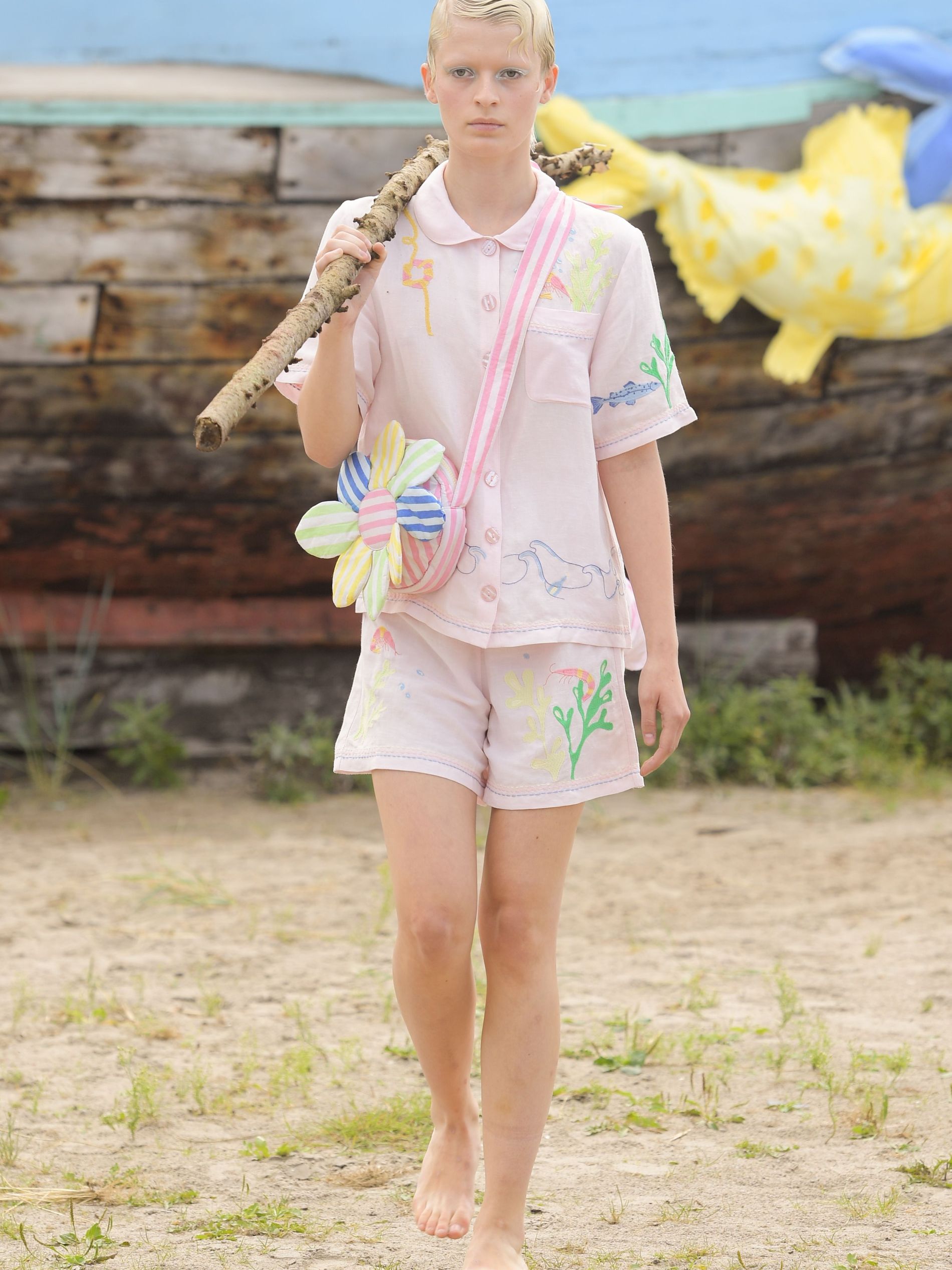 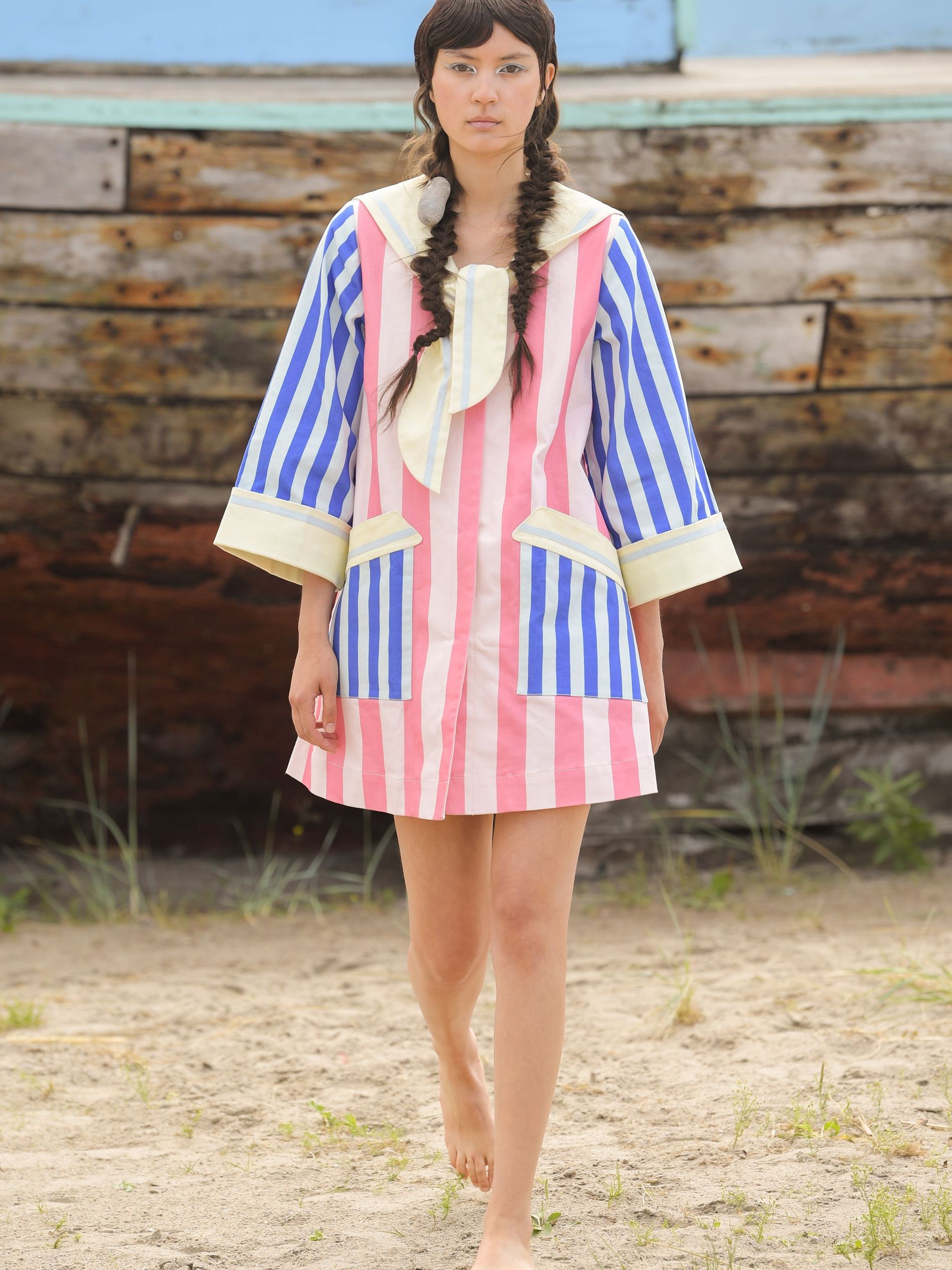 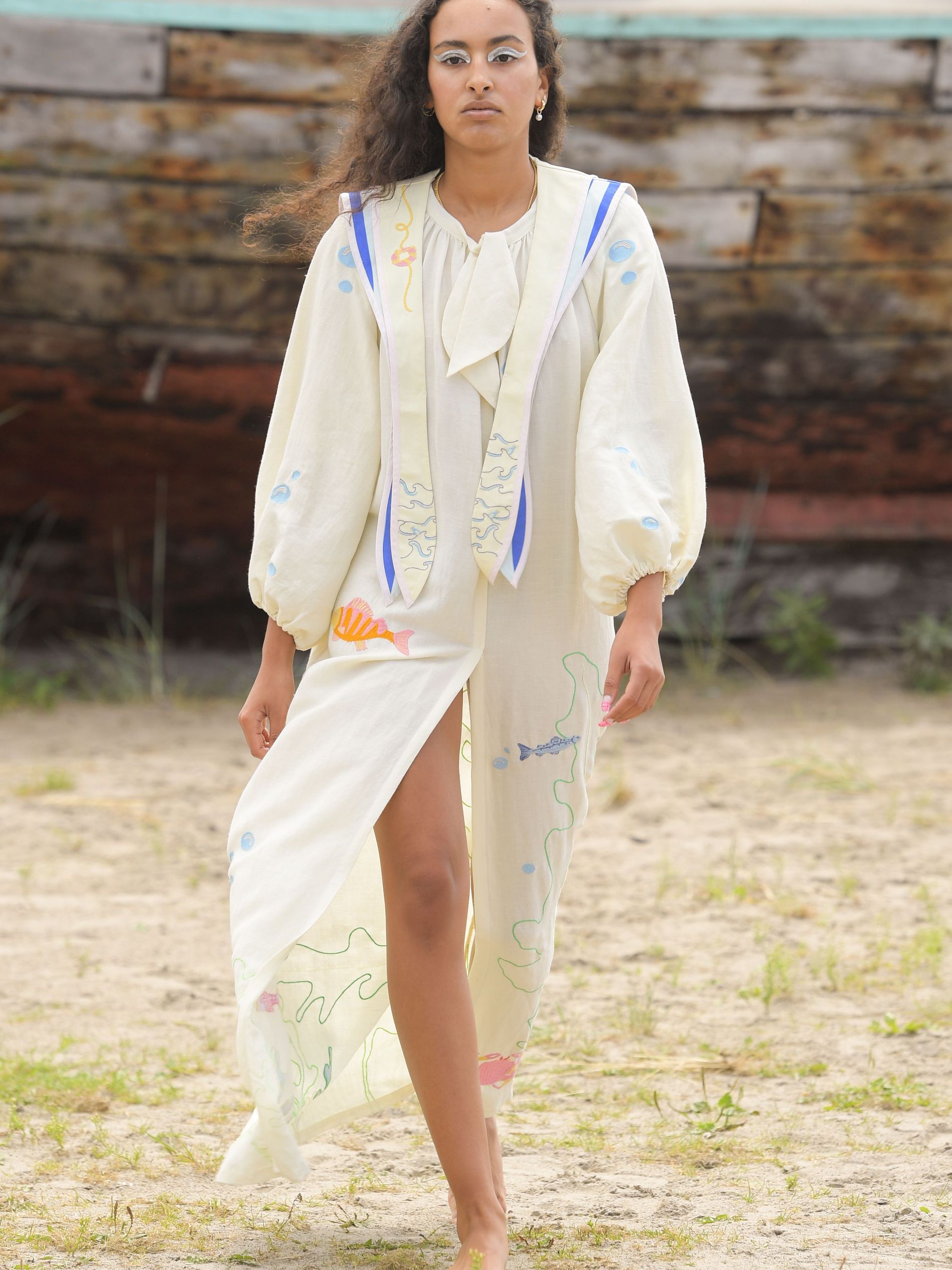 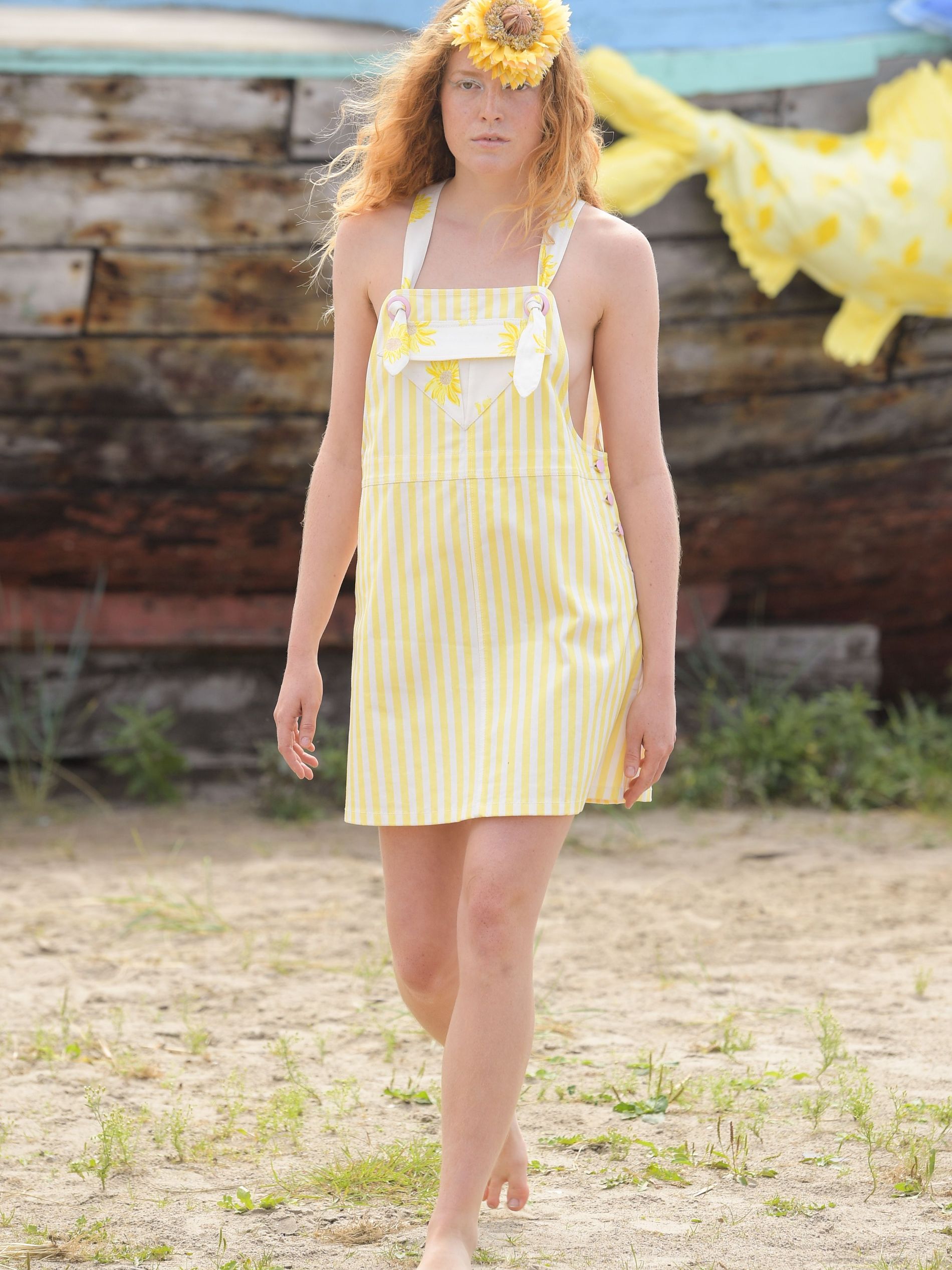 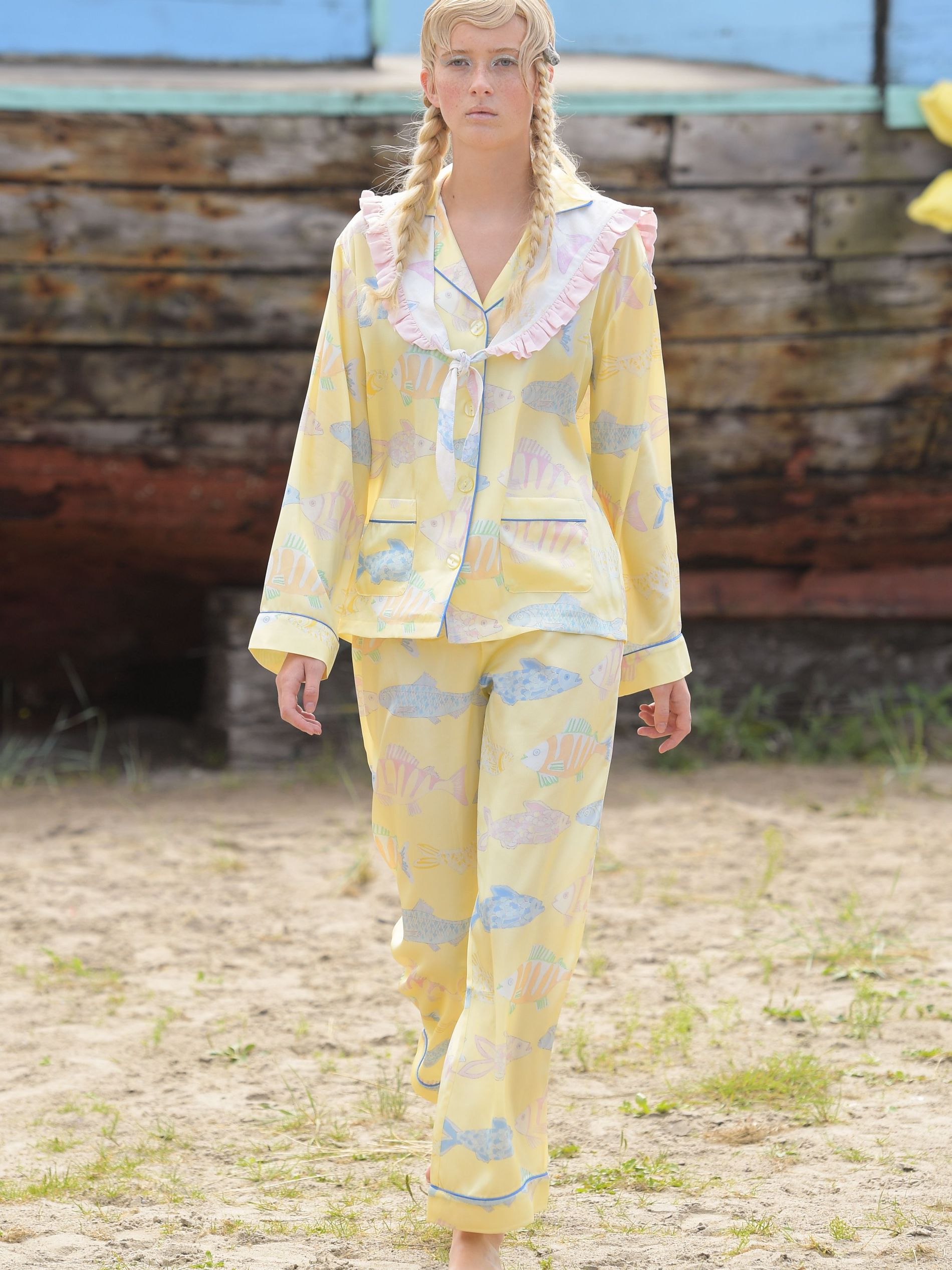 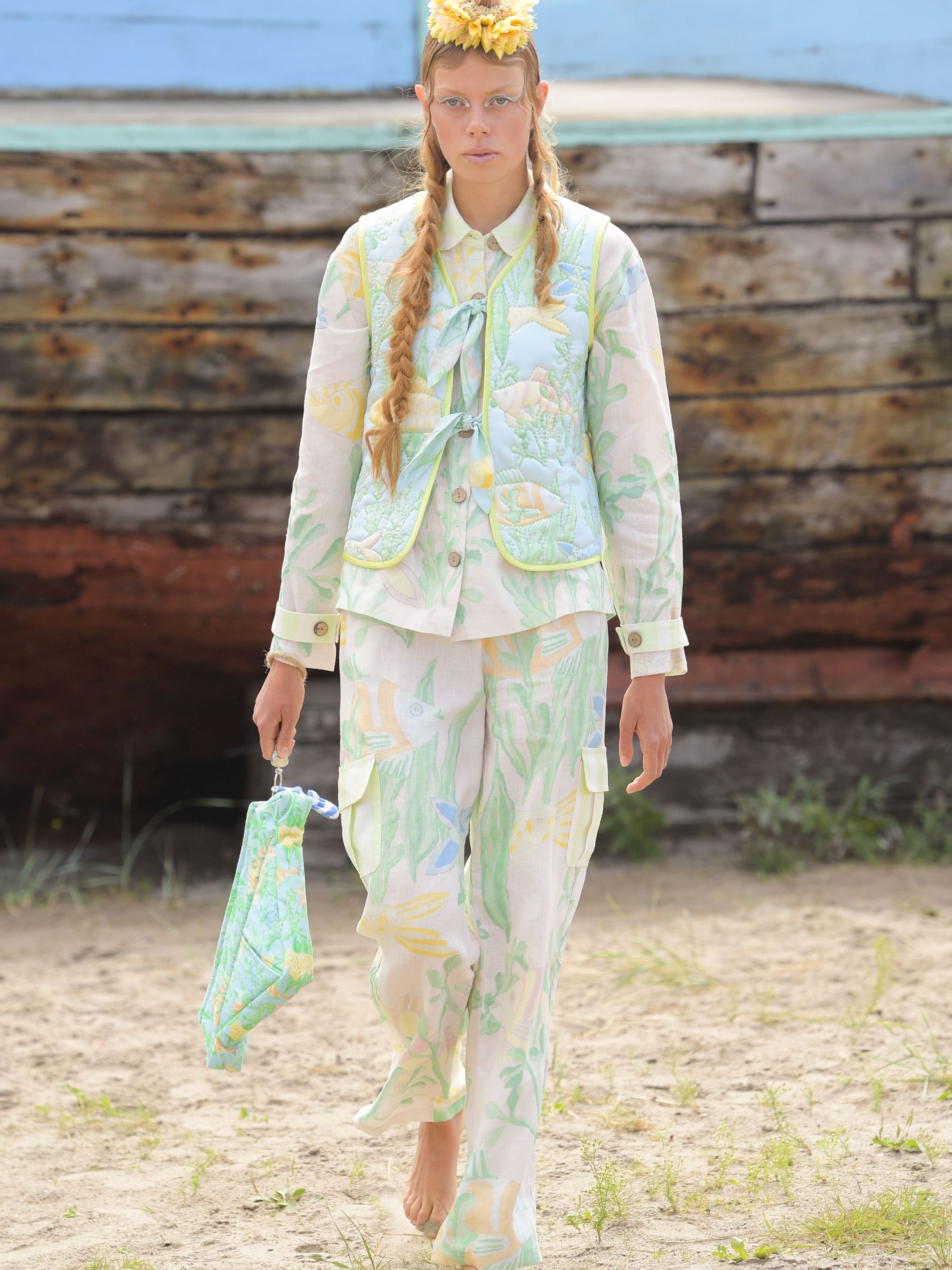 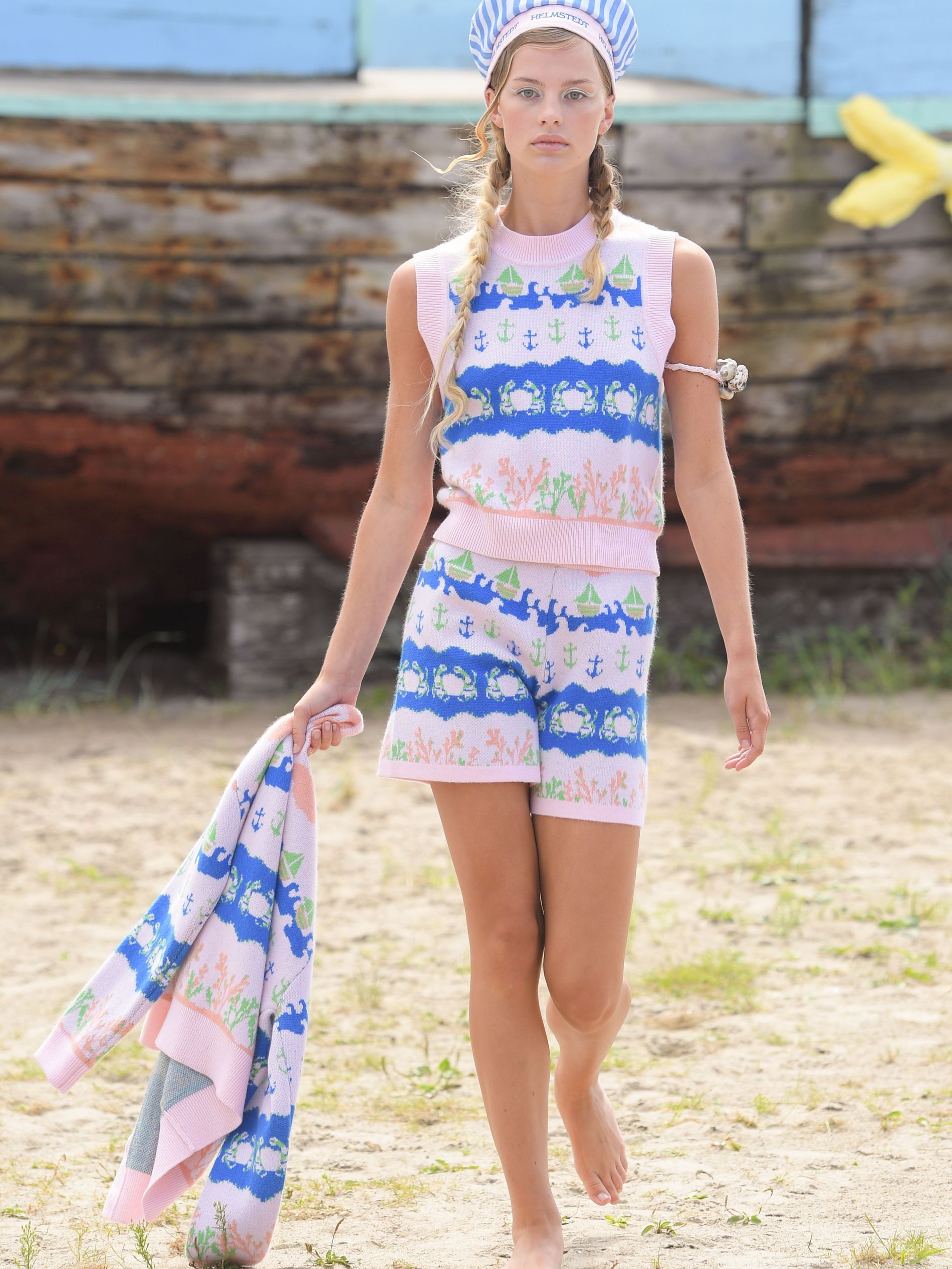 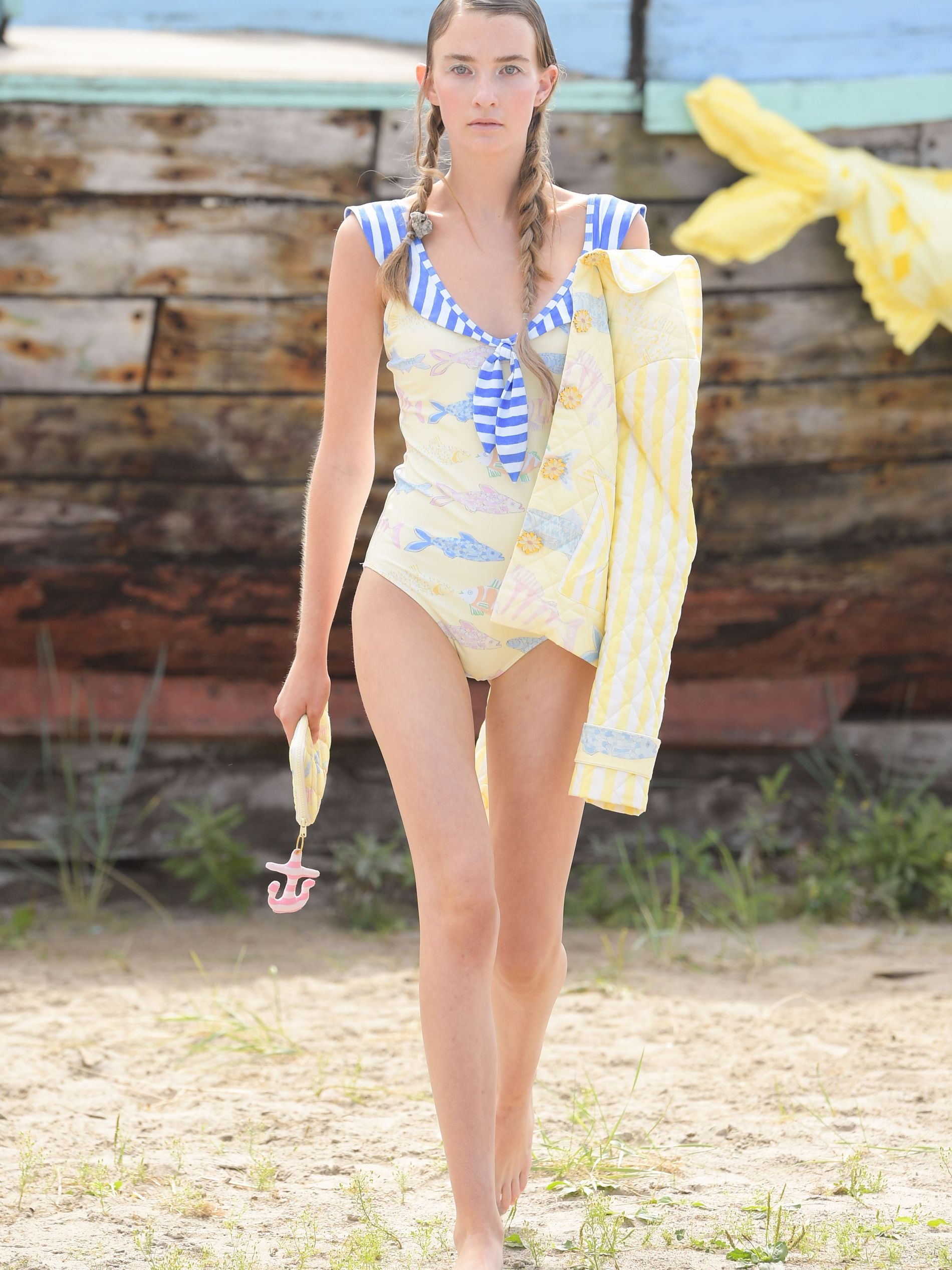 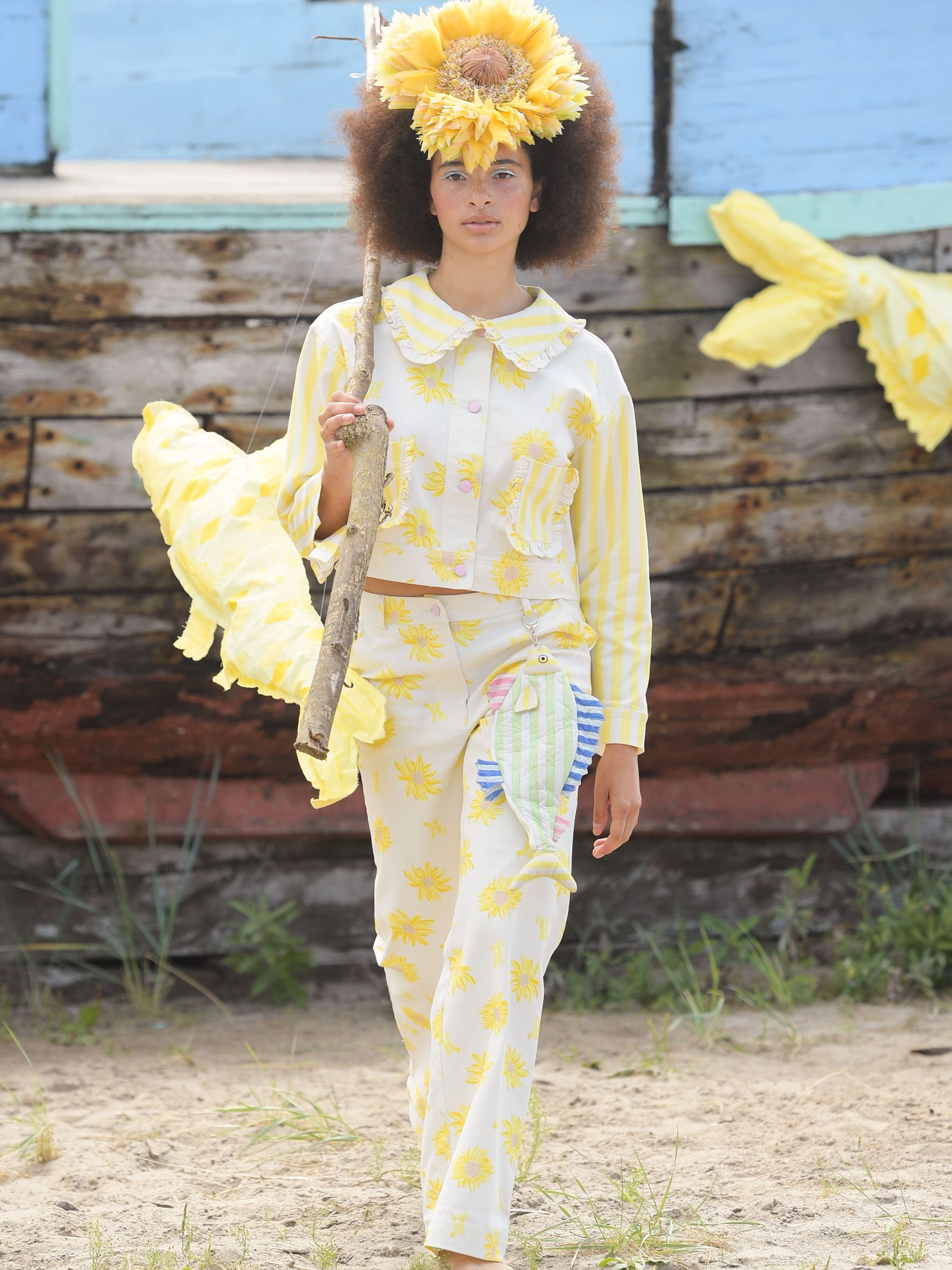 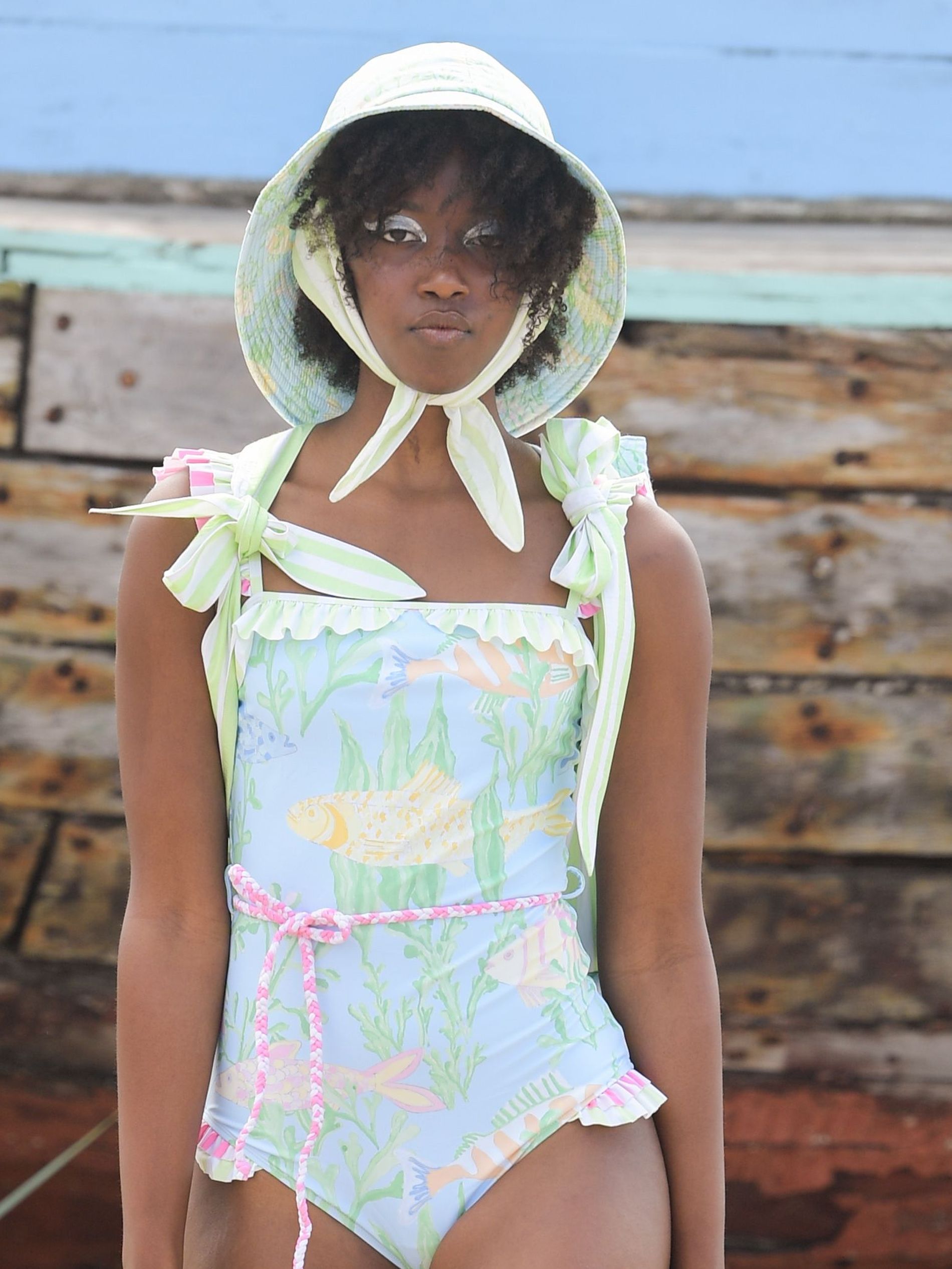 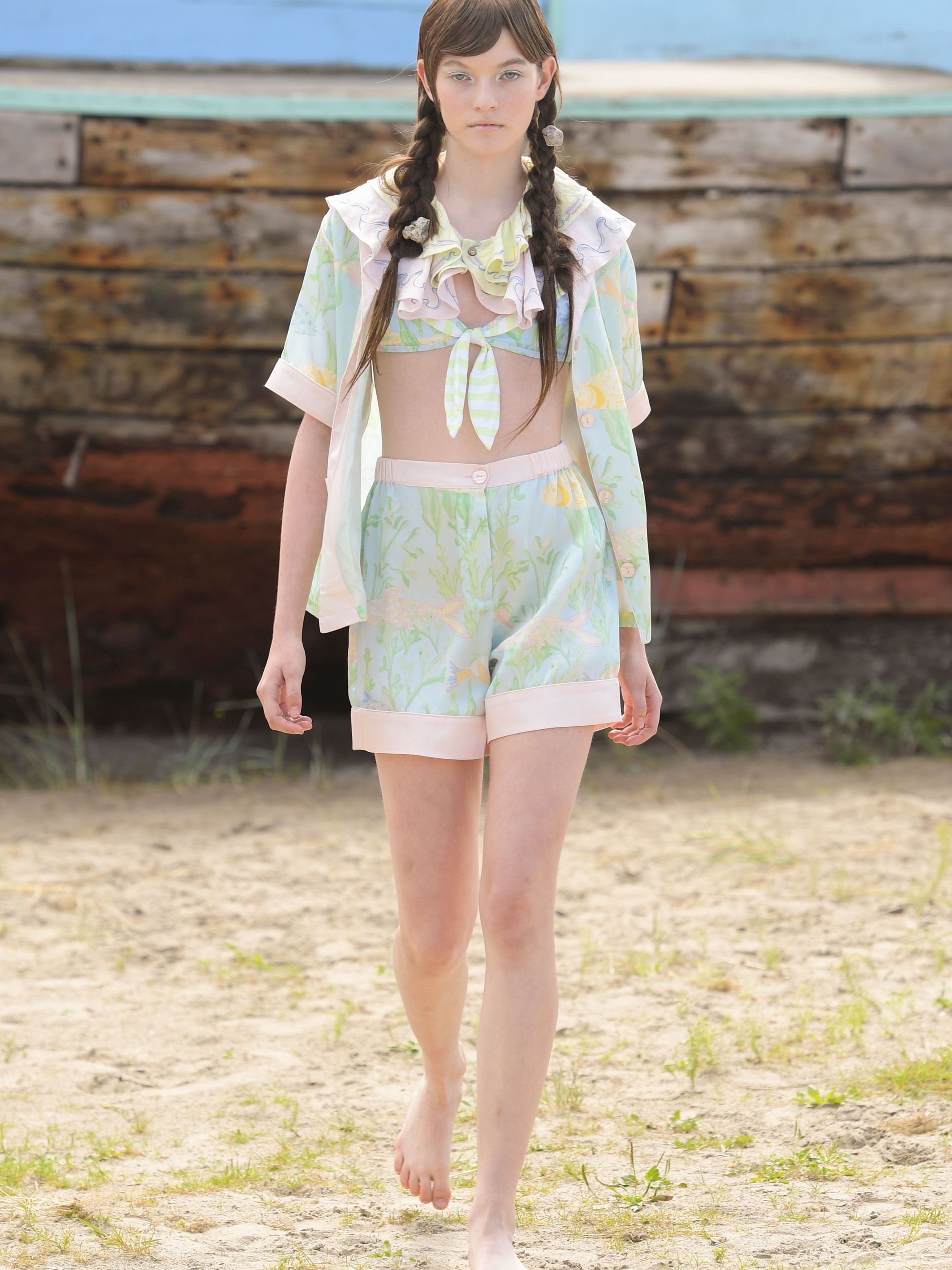 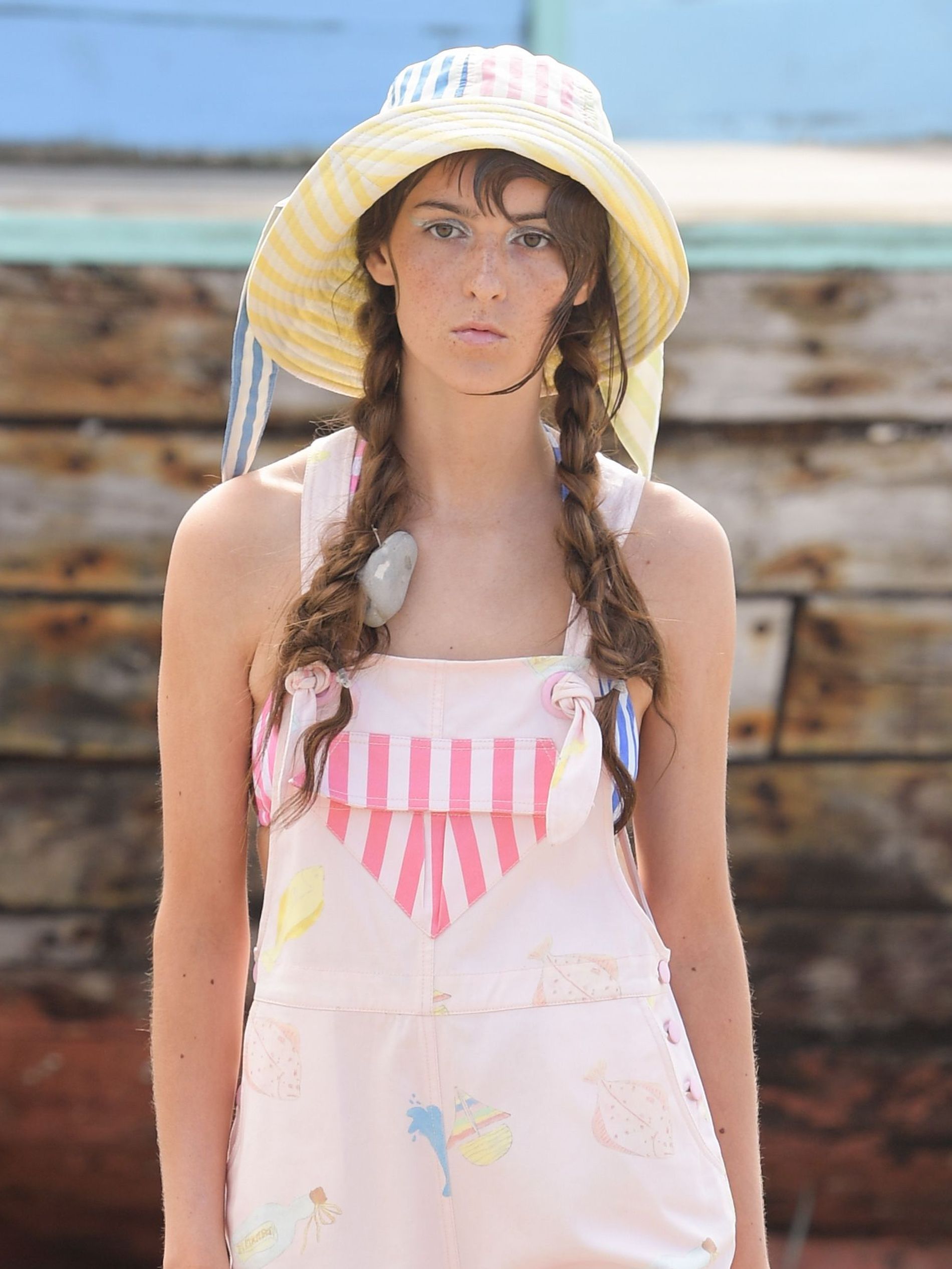 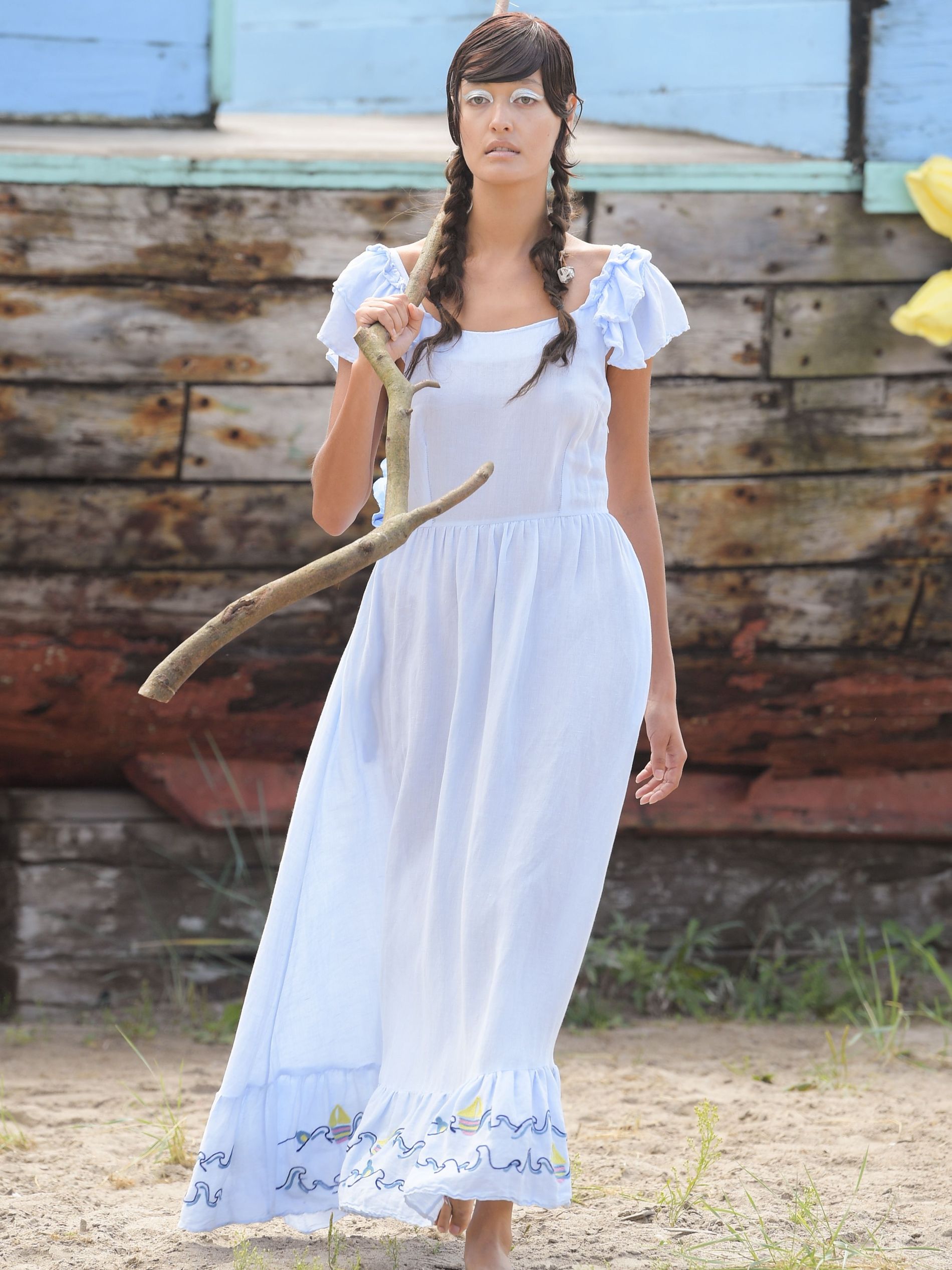 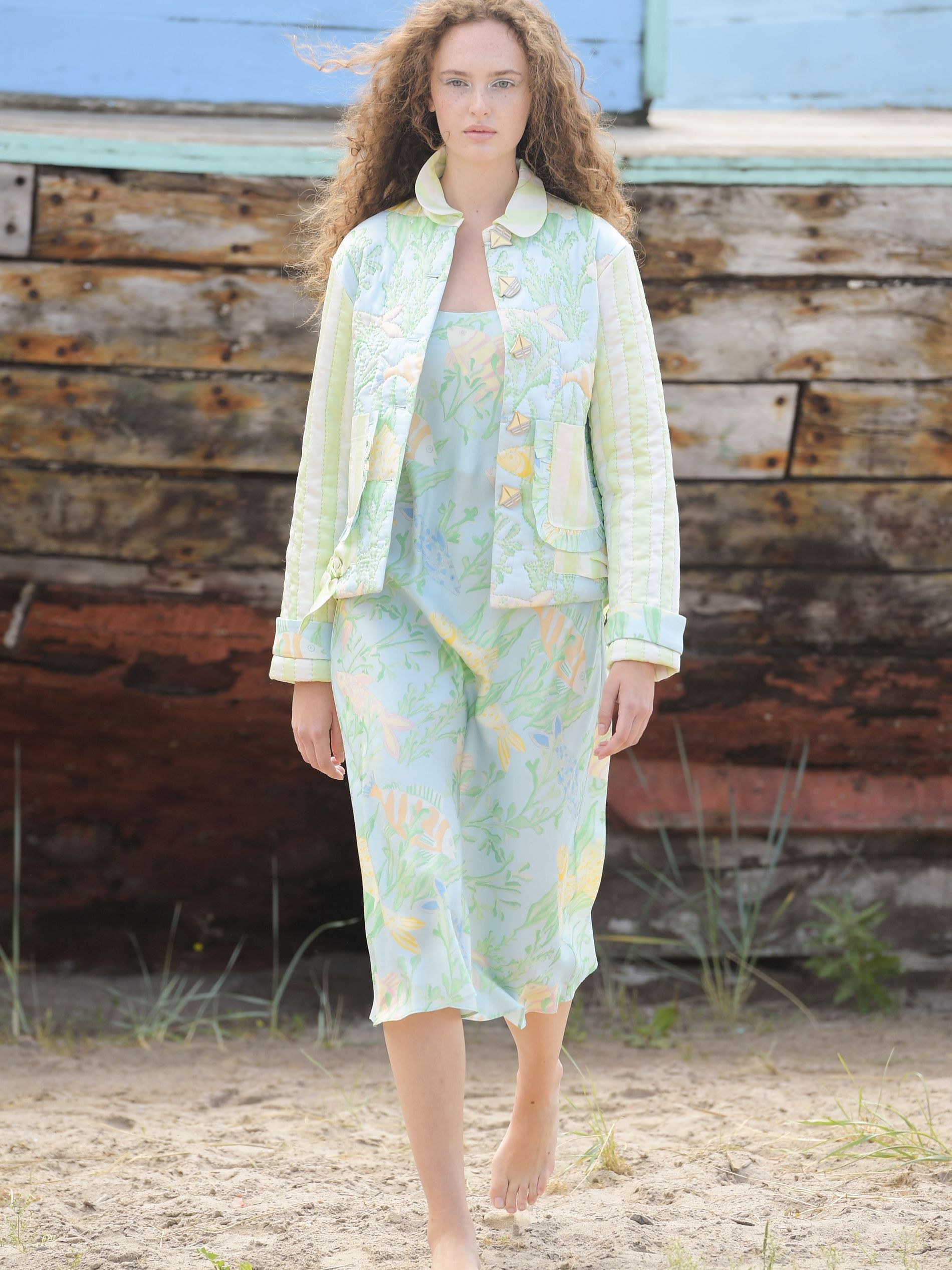 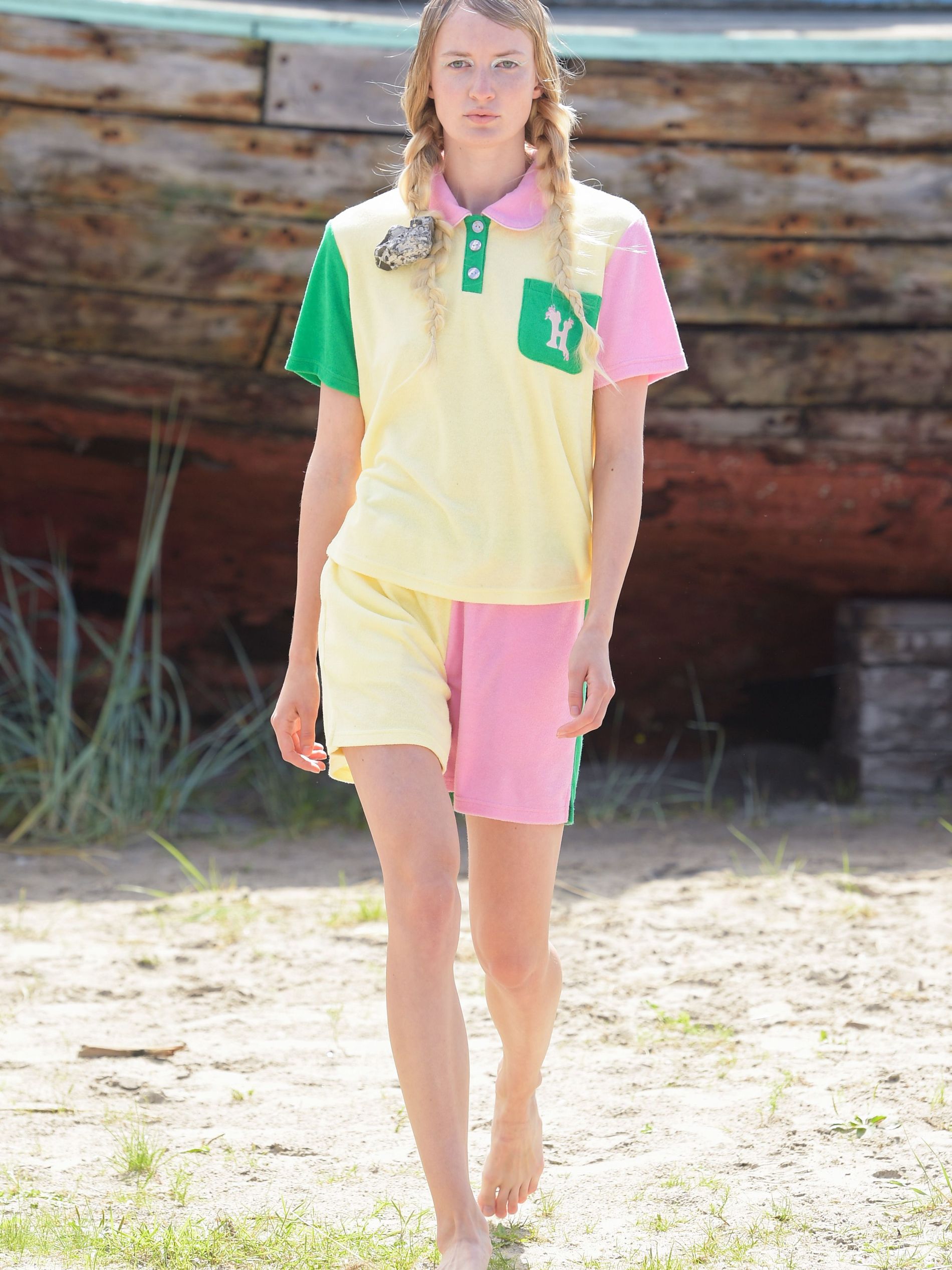 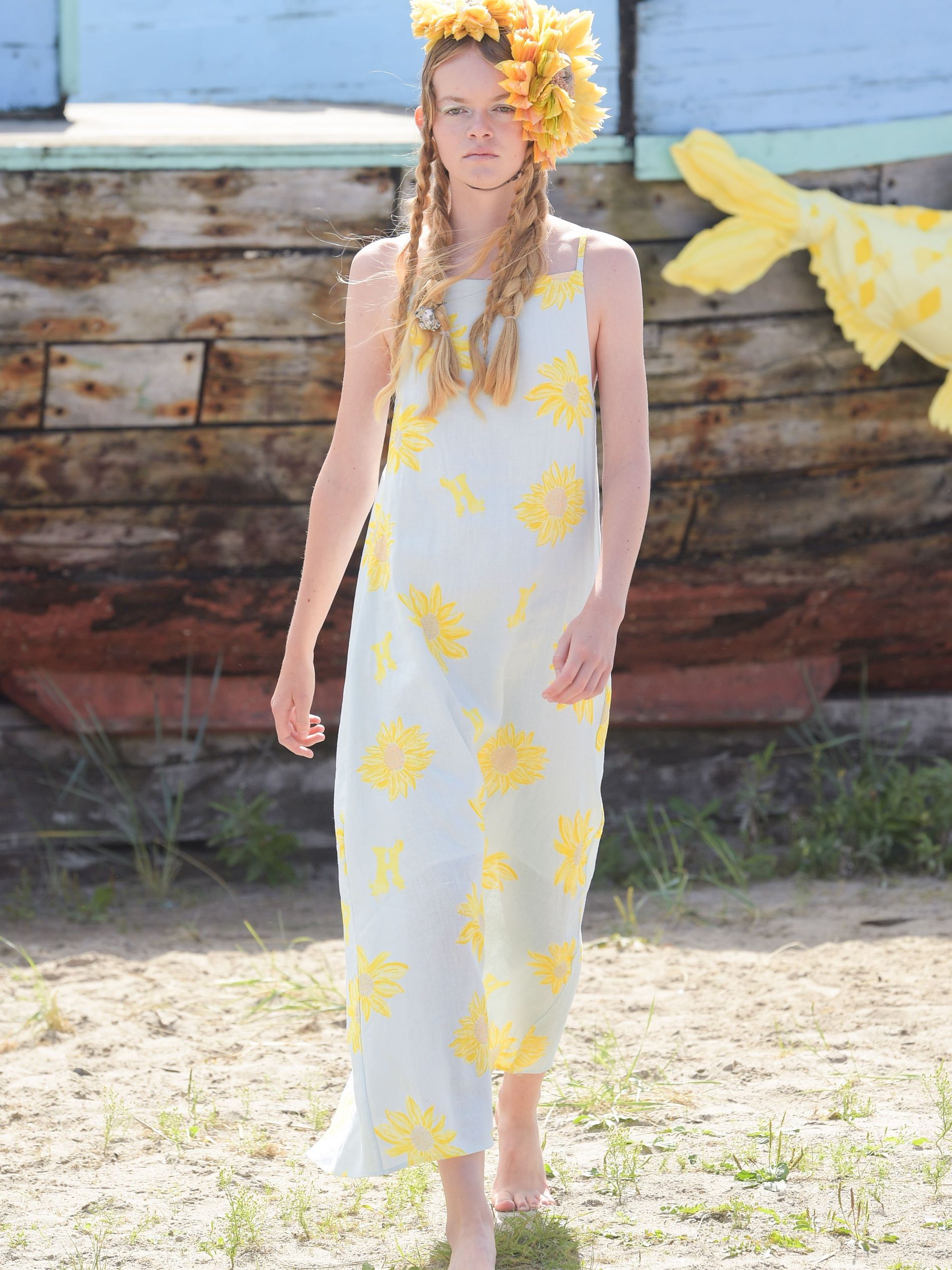 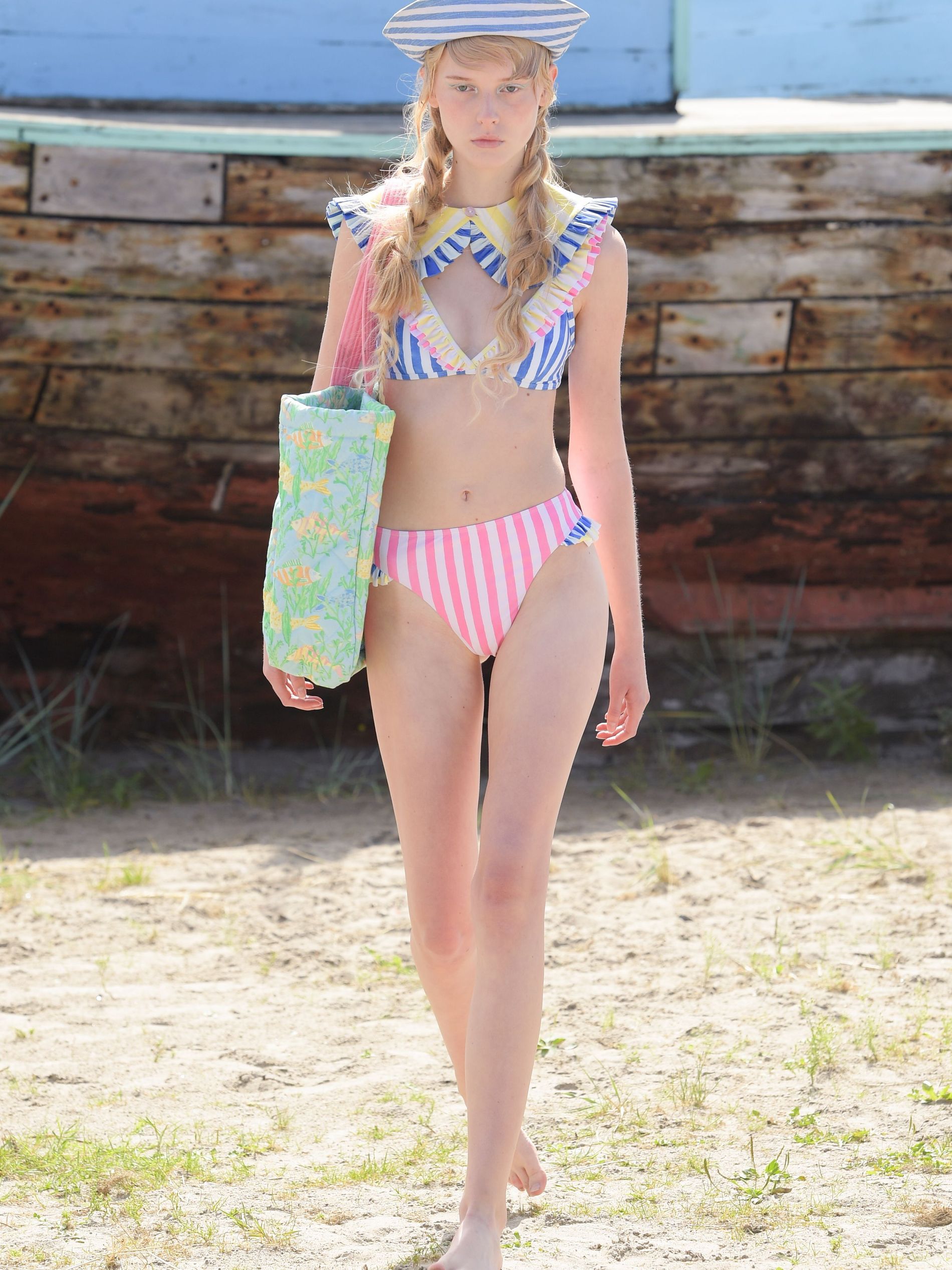