Auctioneering is a profession which has long been dominated by men, but thanks to one auction house things are beginning to shift...

Even if you’ve never attended an auction, you’re doubtless aware of the role of the auctioneer, that's the person at the rostrum, conducting the auction and swinging the gavel, leaning over and indicating "final warning, ladies and gentlemen", before hammering valuable lots. But when most people think of auctioneers, do they see a man or a woman? For many, it’s likely the former, but the industry – and perceptions of it – are slowly changing.

One of the best known auctioneers in the world is Aurel Bacs, head auctioneer of Phillips Auctions, one of the oldest houses first founded in London in 1796. Bacs is famous for his signature "leaning over the rostrum" style when addressing the attentive sales room. He’s also known as the auctioneer who sold the Rolex Daytona 'Paul Newman', owned by the late American actor and sold in October 2017 for an astonishing €17 million.

That particular sale was record breaking and brought Bacs plenty of headlines, but he has long specialised in wristwatches and spent more than ten years auctioning off timepieces with Christie's. While there, he grew the wristwatches department’s auctions from €8 million to more than €126 million. 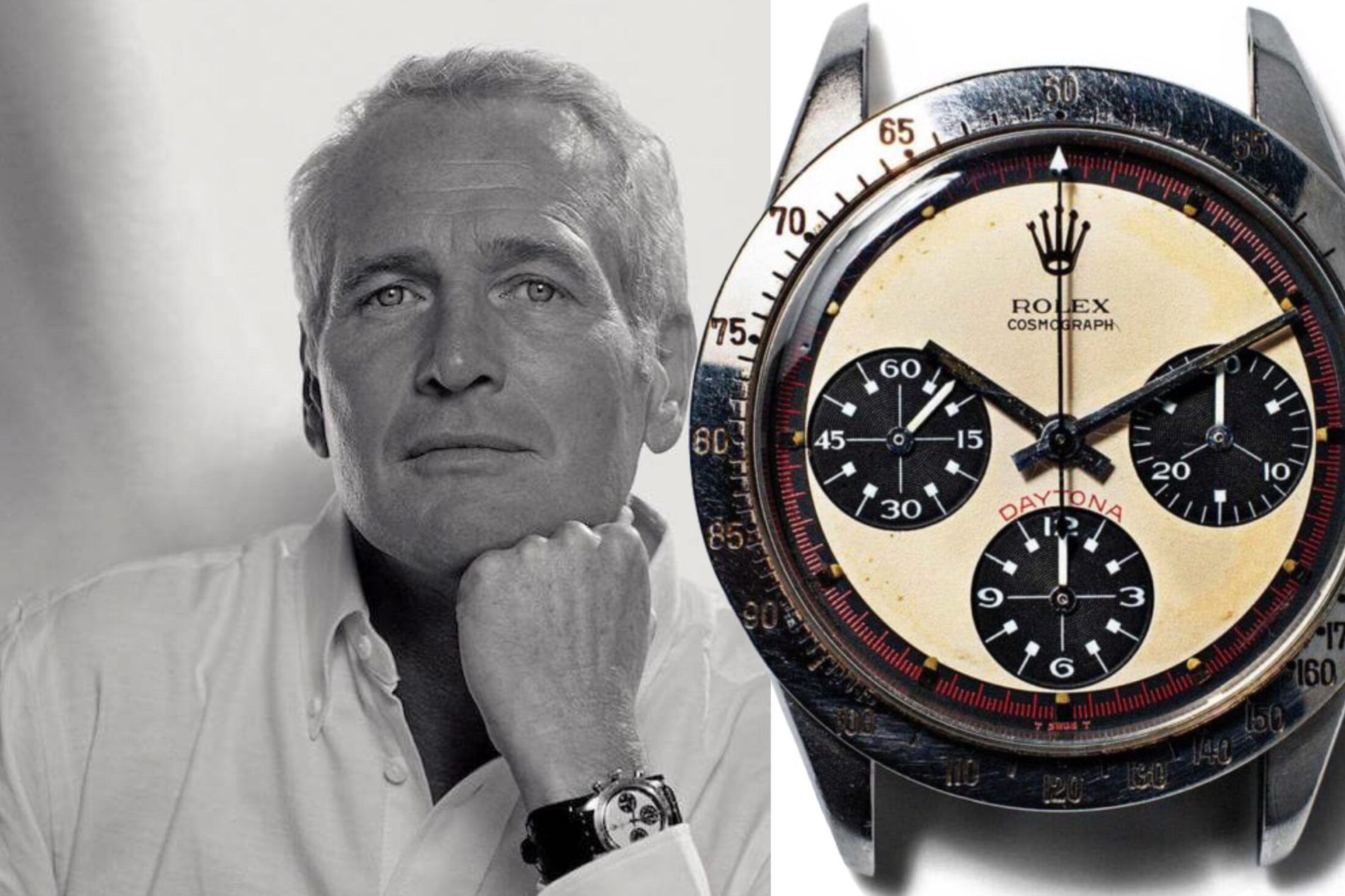 Since the very successful watch department, led by Bacs and his wife Livia Russo, started swinging the gavel over some of the most coveted wristwatches in 2015, Phillips Auctions has seen several world records and many white glove sales – where all lots are sold – under their leadership. This is a rare feat in the auction world, but it has become more or less standard at Phillips Auctions.

One of the most noticeable world records was the Rolex Daytona 'Paul Newman', owned by the late American actor, which sold in October 2017 for an astonishing €17 million.

The winning bid, however, did not come from the packed auction floor, instead, it came from the telephones, handled by auction specialists, and the final winning bid was announced by Tiffany To, who has been a specialist with Phillips Auctions since 2015. Tiffany To is also the woman that shocked Mr Bacs with her ten million phone bid, when Mr Bacs thought she said only two million. That day, Tiffany To made a name of herself. And the world was watching. 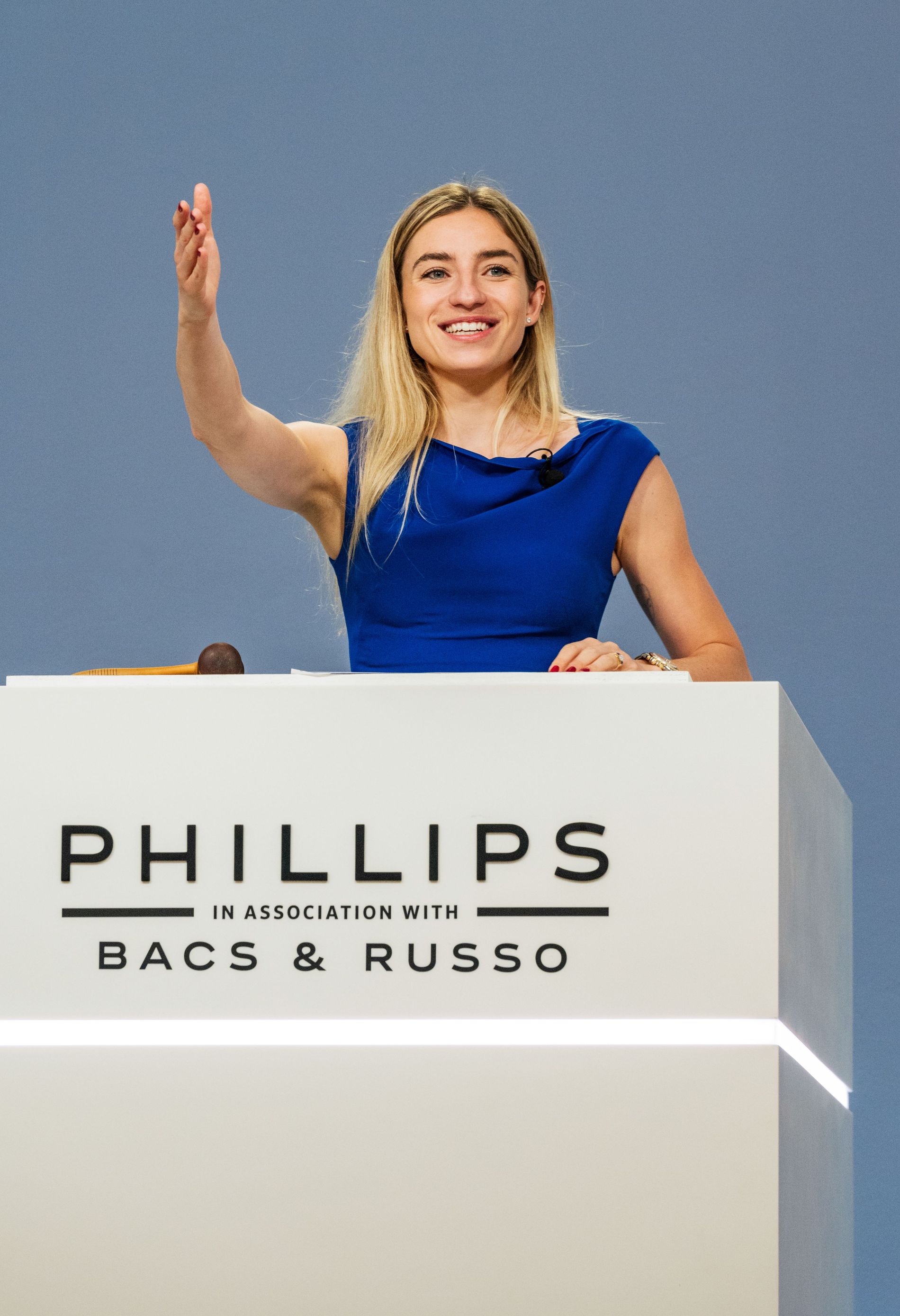 When auction houses largely closed their doors due to the pandemic, To took the chance to become Bacs' protégé. "Since 2020, during the global lockdown, Aurel asked if anybody would be up to start training as an auctioneer. It was very thrilling,” she says, before admitting that it wasn’t entirely glamorous. “Of course, we did not train with a gavel, instead, we sat at home training online with a spoon in our hand."

To is supported by her colleague and fellow auctioneer-in-training Clara Kessi. "Tiffany and I take part in every auction now since Aurel opened the floor to the team as he needed back-up," explains Kessi, who also holds a position as client relations manager.

Bacs is known to do lengthy auctions without any breaks, impressive, but also exhausting. "Sometimes the room needs a fresh face," as Kessi puts it. The new recruits also bring new skills to the rostrum. Swiss German Bacs speaks several languages, answering bidders in French, Italian, German and English. But To also adds Mandarin Chinese into the mix. "I speak fluent Chinese, which is very helpful," she says. "I have done that for a long time already when taking Chinese bids on the phone. Speaking Chinese to the room is new for me [but] very, very helpful." 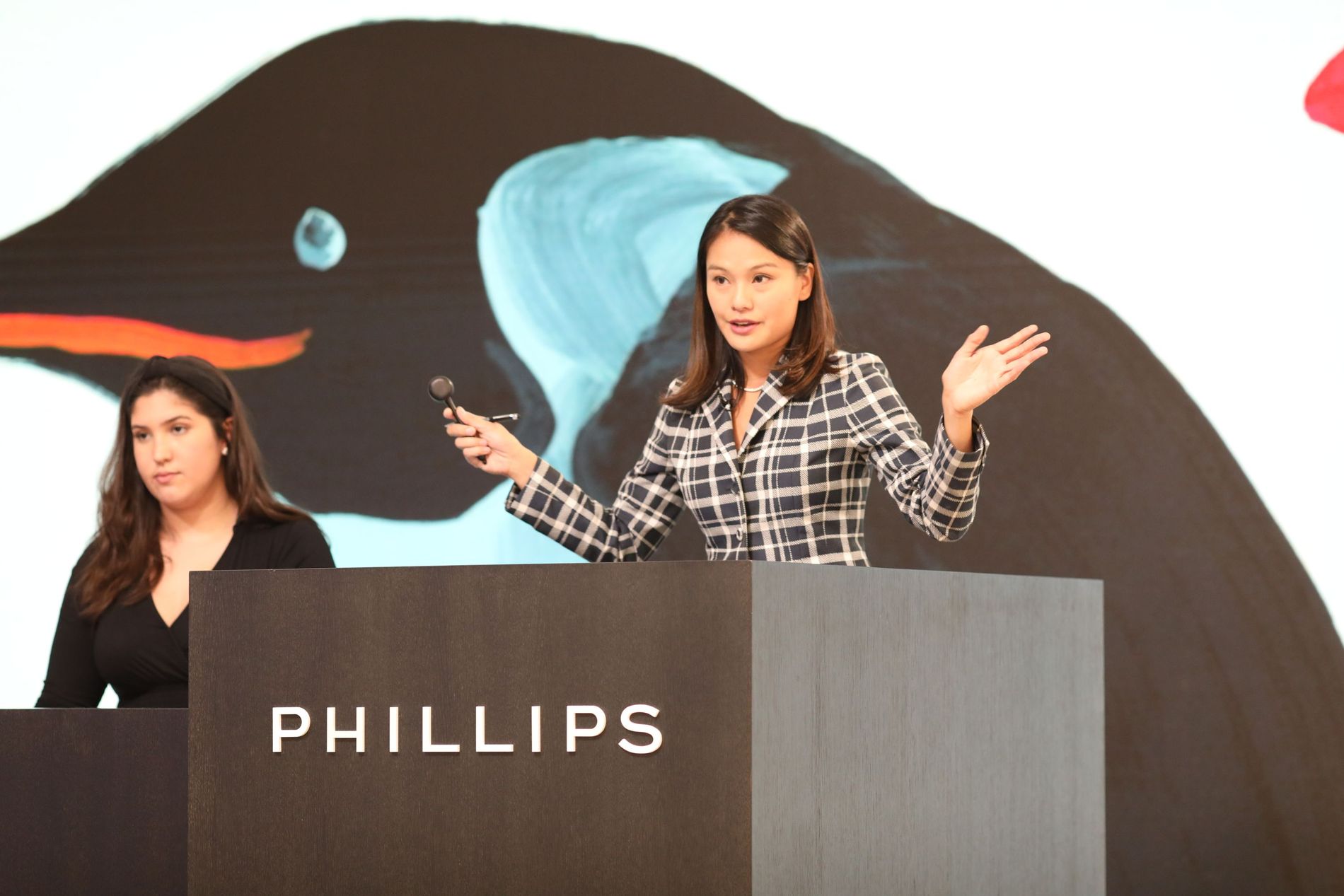 Kessi admits she has wanted to become an auctioneer since the tender age of 12. She made her debut at The Geneva Auction XII in November 2020, amid the pandemic, and has been continuing her supporting role to Bacs on all auctions since then. She admits to feeling some pressure, especially as part of the new generation. "If we don't do this well, the story will die," she says. "We are pushing young collectors, and we are very social media savvy too, but we are also here to educate."

Though it’s still a rare sight to see female auctioneers on the rostrum swinging the gavel, both To and Kessi have a number of auctions under their belt and there’s a strong sense that this is more than just a job for both of them. To says she has followed auctions "all my life" and that she "lives and breathes watches," proving, together with Kessi’s passion, that Bacs and Russo only employ the best professionals in the business. And hopefully, with the likes of To and Kessi helping to blaze a trail, there’ll soon be more women among them.