Ringing in the New Year includes many cherished traditions, whether it be watching the fireworks, counting down the clock seconds before it hits midnight, or setting those New Year’s resolutions that have us promise to make a change in the year to come. As this exciting new chapter approaches, we also become curious of what the upcoming year could have in store for us.

Dating back to the eighteenth century, the casting of tin is a Finnish New Year’s Eve tradition performed to predict what the year ahead holds for one in different aspects of their life such as wealth, happiness and health. Originally done solely in the Finnish-Swedish high society, this centuries-old tradition is now a staple in many Finnish and Swedish New Year’s Eve celebrations. 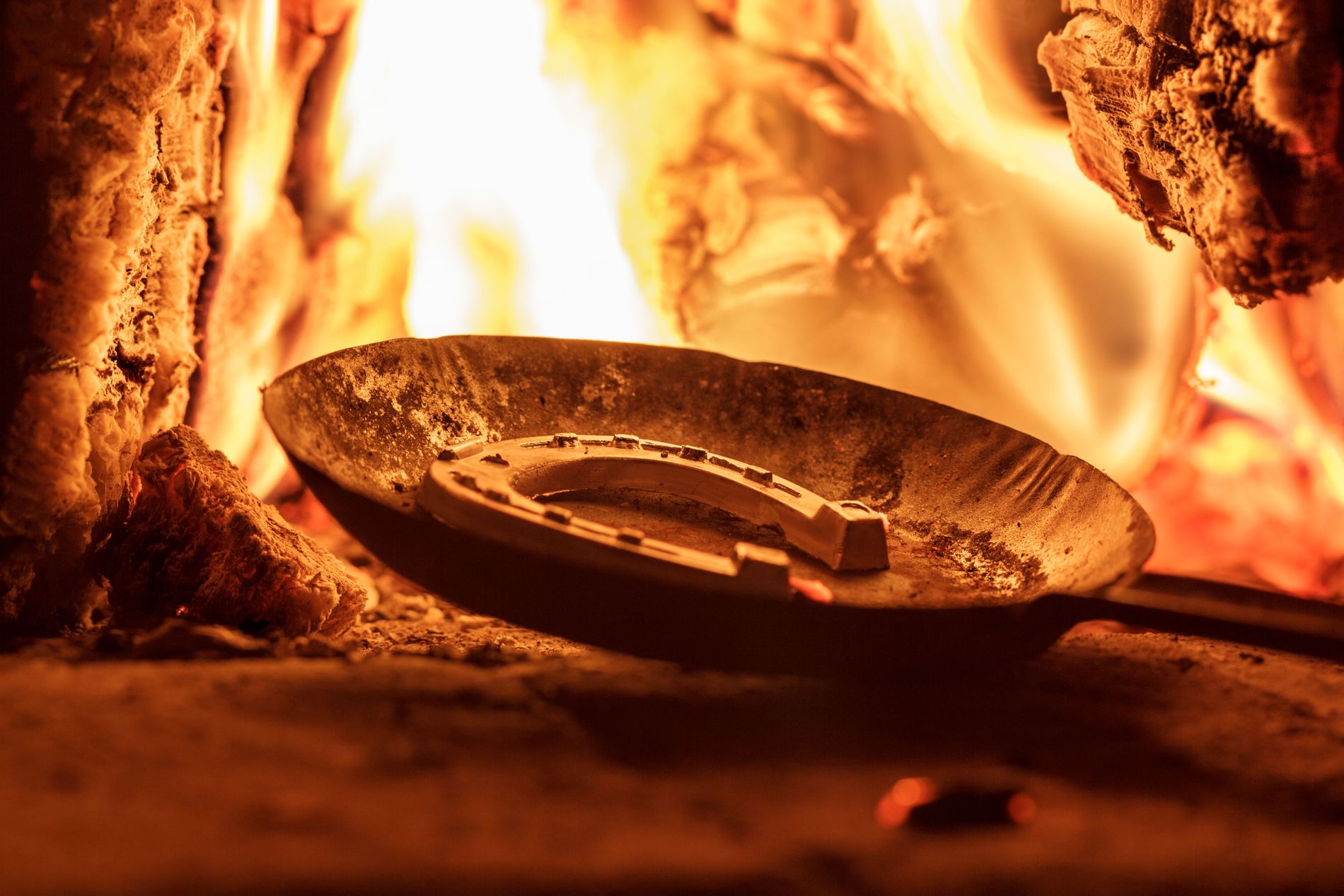 In Finland, the use of the original miniature tin horseshoes was banned in 2018 due to a high amount of lead found in the horseshoes, however alternatives have emerged since: choose between melting beeswax, sugar, or tin that doesn’t contain any lead – the process is the same. First, the tin (or alternative) is melted in a small pan over a crackling fire and once molten, the metal is poured into a bucket of ice cold water. The second the liquid hits the water, it cools and instantly re-solidifies. As a result, random shapes of tin, sugar or beeswax are formed and interpreted to cast predictions for the New Year.

The re-solidified tin or alternative can be interpreted in two ways: by observing the surface and the shape that the molten tin took, or placing it against candlelight and interpreting the shadow that the tin creates. Either way, a myriad of shapes and shadows can be found and even though exploring them leaves room for imagination, interpretations for the most common shapes and shadows exist. A few of them positive, some negative, get familiar with the most common interpretations below.

Related: The most adventurous ways to celebrate New Year's Eve in Scandinavia

What can you see from the shadow that the tin creates?

Waves: Big changes are coming in the upcoming year.
An anchor: Your year will be filled with stability and commitment.
A gun: You’ll get into a fight with a loved one or go through a break up.
The sun: In the year to come, you can kiss all your worries goodbye.
A keyhole: The year will be filled with secrets, don’t get involved in other people’s business.
A car: In the upcoming year, you will be spending a lot of money.
An elephant: Great achievements and an adventurous year ahead.
An angel: In the coming year, your health will flourish and you’ll be able to unleash your creativity.
A shark: Threats and danger ahead.
A star: Your year will be full of success and great health.
Teeth: Illness, difficulties and misfortune ahead – be sure to let go of the past.
A pearl: Great luck and powerful friends will enter your life.
A horse: Your upcoming year will hold fame, money and adventurous romances.
A horseshoe: A new job or a promotion ahead – a very lucky year.
A fish: Fake friends and boredom will fill your life.
A chicken: You will be earning extra money and a happy reunion will occur.
A rabbit: A new addition to the family will happen soon.
A bear: You’ll fight and compete with a friend.
A cat: This year, you'll make enemies and resort in scheming.
A guitar: You’ll encounter someone lovely, which could evolve into a relationship.
A dog: Worries will fill your life in the year to come.
A flower: Happiness and family celebrations are ahead.
A candle: You’ll make loyal friends this year.
A snake: Great difficulties and stormy times ahead.
An apple: This year, it’s time to follow your dreams.
A butterfly: Love and success ahead.

A smooth surface: Boredom ahead, the upcoming year will be a very uneventful one.
A flat shape: In the upcoming year, you’ll be lazy and won’t achieve anything grand.
A lot of holes: Lots of success and opportunities ahead.
A lot of texture: Money and wealth will enter your life.
A long, tail-like shape: In the upcoming year, your health will be flourishing and you'll live a long life.
If the tin splits into multiple little pieces once it hits the water: A very busy year ahead – learn to detect what is the most important for you and let go of things that don’t matter.
Any sharp edges: You are being protected from the ‘evil eye’.
Any curved shapes: You will be embarking on a trip (actual or symbolic) which you will have to experience to the very end before you can start anything new.