Netflix's smash crime thriller has taken Scandinavia by storm, heralded for its hungry, diverse cast of rising star actors. Meet one of the show's standout figures here and go behind the scenes with our exclusive set video.

When Ayaan Ahmed is approached by excitable fans on the streets of Stockholm, most of them meet her gaze with bemusement. “Oh, you're not like Nala…,” she recalls many saying, “you're nice, you’re calm and a bit shy. I'm a Pisces!” she laughs. But actually, there are a few takeaways that the 22-year-old actress has garnered from playing the role of hard nosed hustler in Netflix’s heart-racing gangster smash hit Snabba Cash. “I like her ambition – that's a little bit of me. A lot of ambition took me to Nala.”

She’s not wrong – for one thing, the character never actually existed before Ahmed stepped through the casting doors. When Ahmed, then 18-years-old, originally auditioned for the role, the part was intended as a male character called Musse. But, unperturbed, she didn't let that stop her from reaching her dreams and in a totally baller move, she carried out the audition anyway. “I thought, 'you know what, I just came from the other side of Stockholm. I’ve travelled a long way, I’ll go inside,” she recalls, “I walked into the room with confidence, and I believed a lot that they might change the character. You never know, right?”

Recalling the day she found out that she made the cut, she was at work at MediaMarkt when she got the call, and hid in the toilet to learn the news, explaining “I didn’t want my boss to see me.” Assuming it was a friend pranking her, she hung up on the caller but obviously, things worked out. And now we’re (almost) two seasons in and viewers can’t get enough of this pulsating joyride of a series. But landing the part of Nala – though it was her debut acting role – actually felt like a long time coming to Ahmed.

“I always used to search for and do auditions for different characters, but I didn't get them because I didn't look like or couldn't relate to the characters in the same way that people from Sweden did,” explains Ahmed, who moved from Somalia to Sweden with her mum back in 2008. “When I heard about Snabba Cash, it felt like hitting the jackpot because it reflects my background – I knew the characters would look like me or someone I know.” 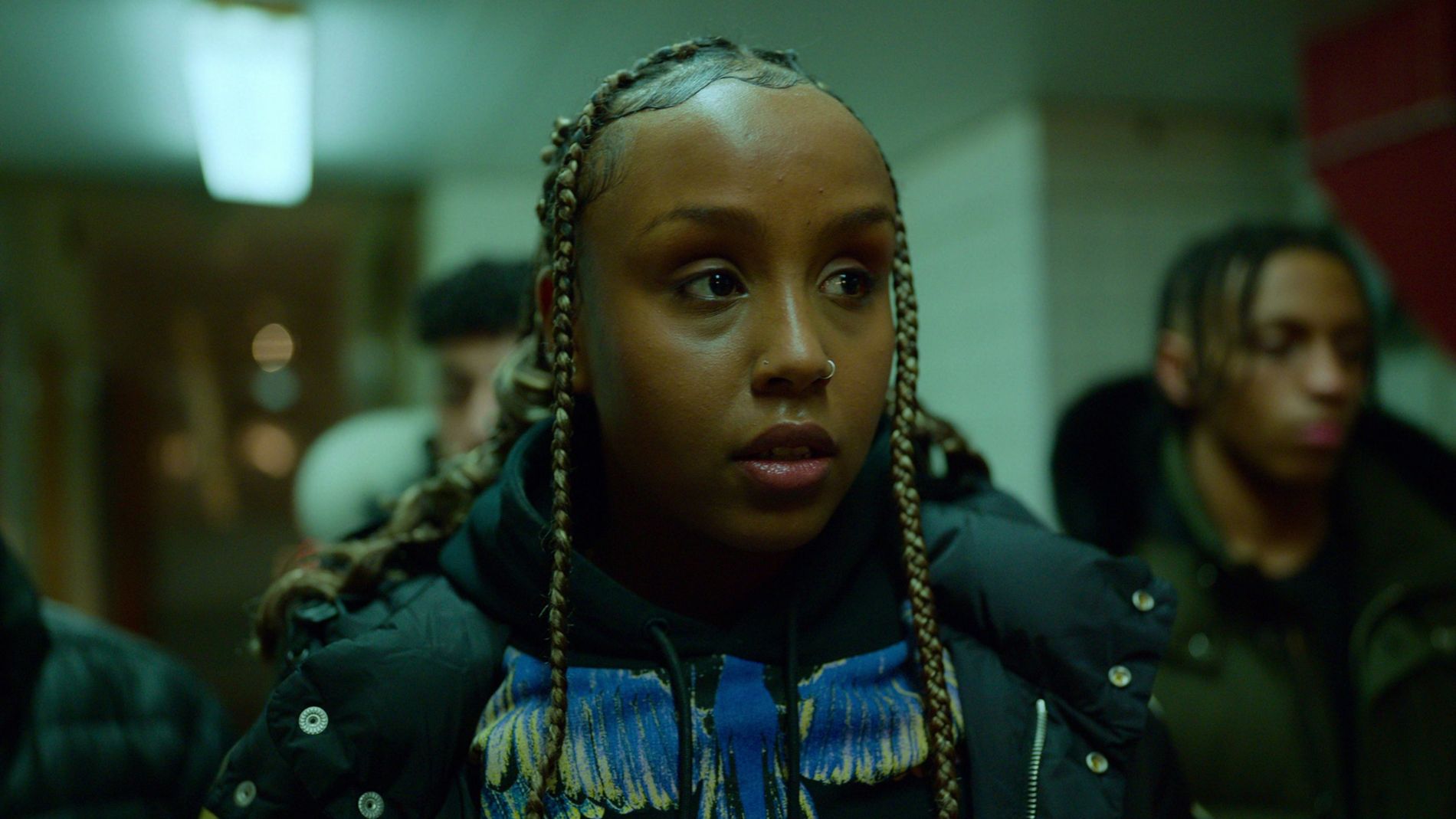 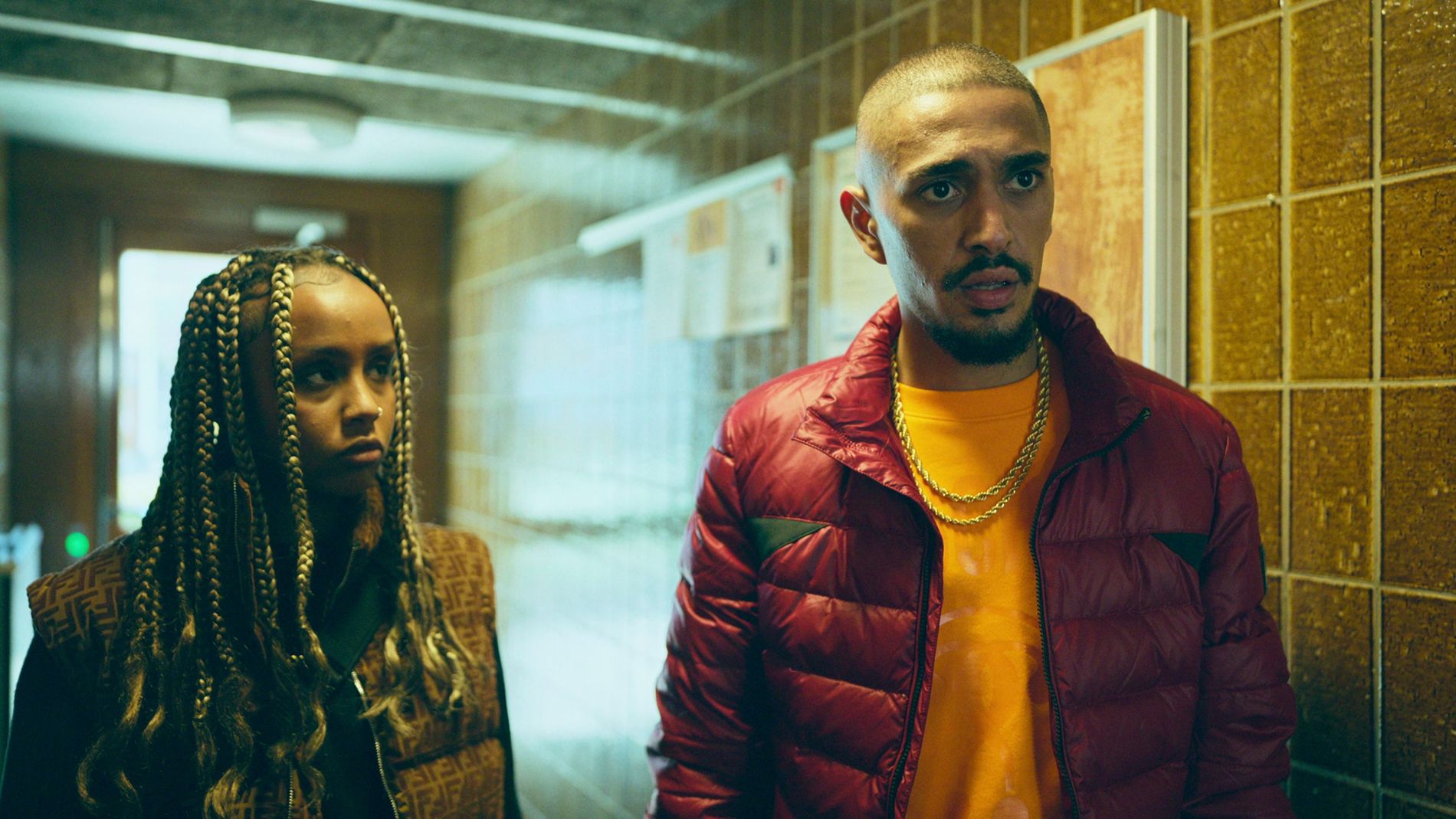 Growing up in Tyresta, on Stockholm’s outskirts, Ahmed was always taken with acting and stories – Somali culture has a long history of storytelling, she tells me. Fictional worlds were also a means of escape from the everyday drudge of isolation. “When me and my mum moved to Sweden, I had to learn the language and to teach my mum,” she says. “I was like the only black girl with the hijab in my class, and it was very hard for me to communicate with my classmates. It made me feel like an outsider sometimes.

When it came to preparing for the role of Nala, Ahmed read a lot of books, such as Douglas Foley’s Shoo bre and watched crime thriller series like the Wire and Gomorrah, she also talked to the local people living in Stockholm’s suburbs affected by gang violence and drug-related crimes. “I used to grow up in these places,” she says. The Snabba Cash series centres on the city’s high-octane world of drug kingpins and seedy crime, and indeed, Sweden’s gun deaths are pretty startling, a report published last year by the Swedish National Council for Crime Prevention showed that out of 22 European countries with comparable data, it was just Croatia which had more gun deaths per capita over the last four years.

This great swathe of gun-related violence has been faulted as one of the contributing factors in the election of far-right party, Sweden Democrats, who have neo-nazi roots. For many, including Ahmed, their entry into government raises worrying concern over whether the country will see a rise in anti-immigrant rhetoric. “I felt disappointed because the Sweden that I came to in 2008 doesn't look the same anymore,” says Ahmed of learning the election results news. “When I came to Sweden, it was the country who gave me a chance and a place to grow and to feel safe – they welcomed me with open arms.”

When she’s away from the set, she likes to decompress with meditation and reading. Fashion is also important to her, “My favourite outfit was this black Balmain dress, it makes me feel like a grown woman – I’m an adult, but sometimes I feel like a teenager,” she says. Ahmed also loves life behind the camera too, as she enjoys writing scripts, sometimes comedy, sometimes not – it helps Ahmed from feeling anxious or overthinking too much. “​​I take stuff from my life and my reality, and then I put my fantasy and the creative side of me on it – I put them together and I make a story out of it. All the stuff I’ve done from my childhood to becoming a Swedish citizen – I have a backpack full of stories to write down.”