Balenciaga's Simpsons collab may have stolen the show, but for those looking for proof that the fashion world is finally shaking off its rigid gender binary, PFW SS22 provided plenty to get excited about beyond just Homer and Marge

For several years, the major fashion capitals have started to merge men's and womenswear in their shows instead of insisting on binary fashion weeks, and we are shifting towards a more gender-fluid direction season after season. Spring Summer 2022 during Paris Fashion Week was definitely no exception.

We saw big pearl earrings at Givenchy and pearl chokers at Valentino. Schiaparelli, Paul Smith and Miu Miu were serving a more masculine touch with power suits and sharp tailoring, whilst Christian Louboutin introduced a gender-fluid capsule collection with inclusive shoe sizes. In addition to big fashion houses, emerging brands such as Nina Mounah, Christoph Rumpf and Kenneth Ize were also implementing gender fluidity in their new collections in various ways such as in gender-inclusive and diverse casting, gender-fluid designs and styling or expressive and fluid makeup looks.

Here are my top 10 gender-fluid moments during Paris Fashion Week: 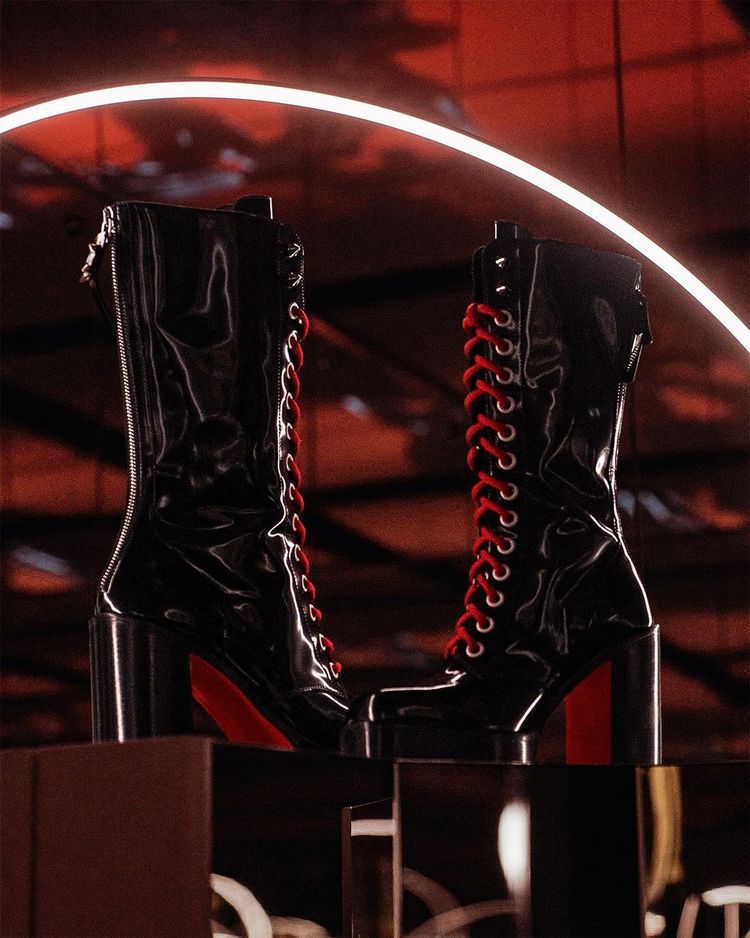 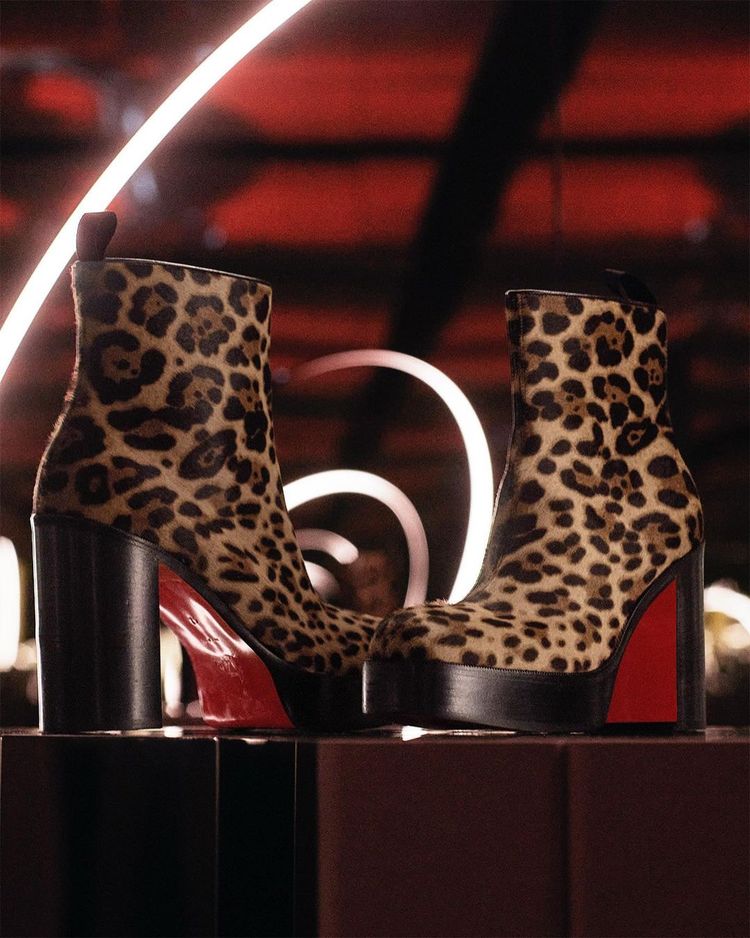 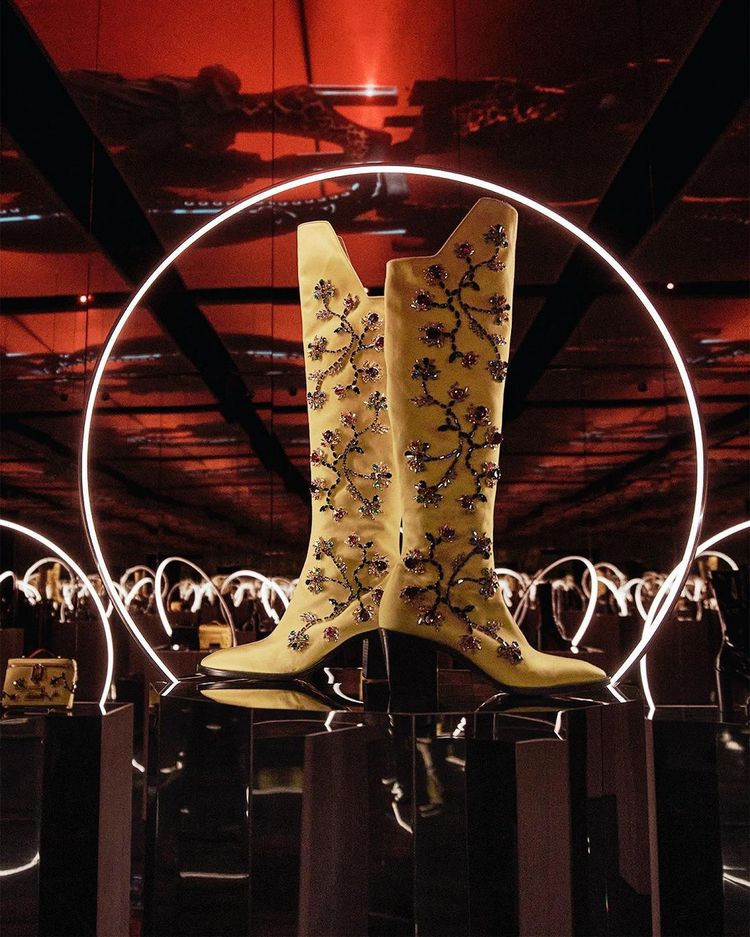 As a part of their 'Loubillusions' presentation, Christian Louboutin introduced their first genderless capsule collection called 'Our Angels' with sizes going up to 46 — and I am so here for it. The collection includes eye-catching styles and statement pieces, from crystal embroidered bags to platform boots with the signature red sole. 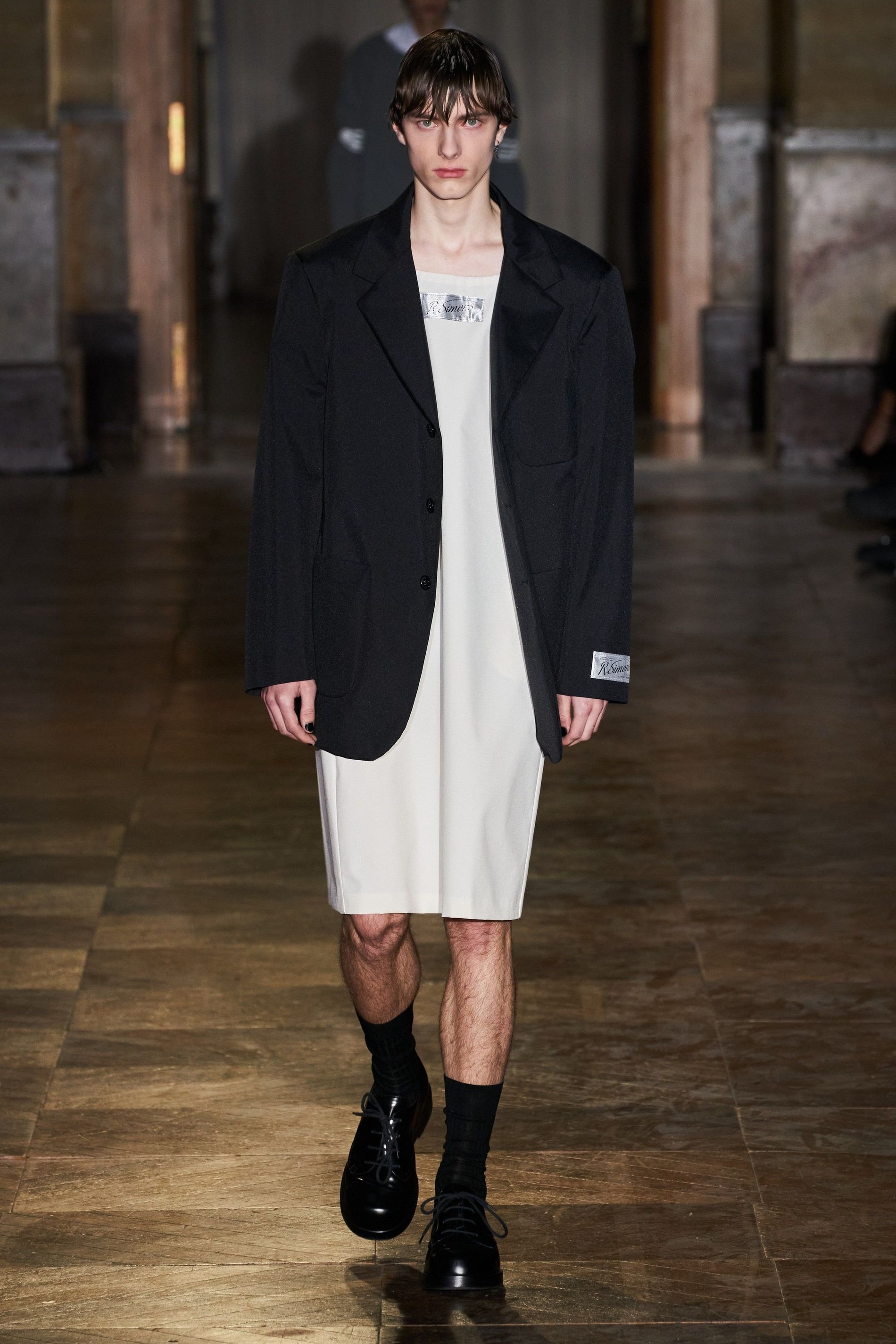 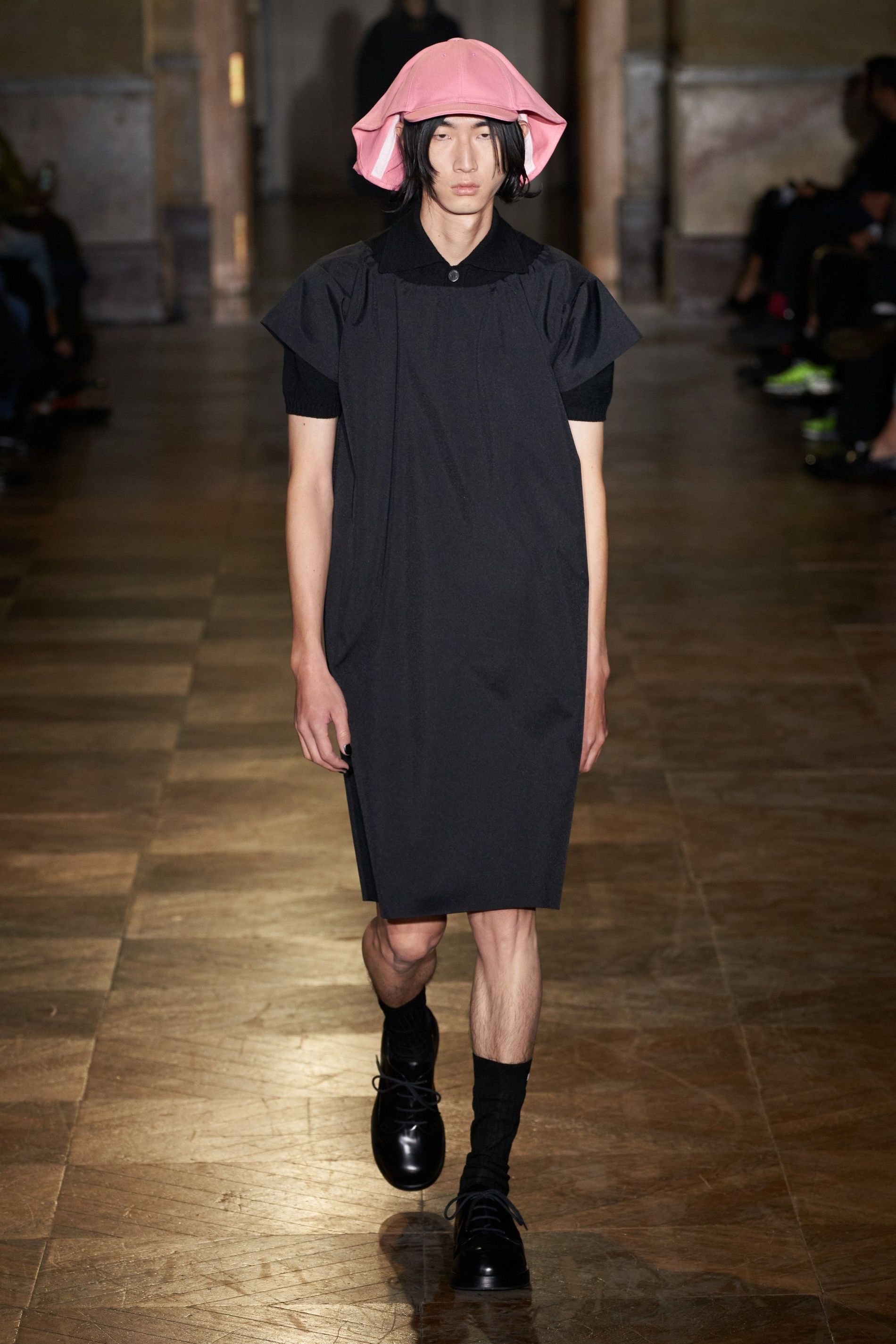 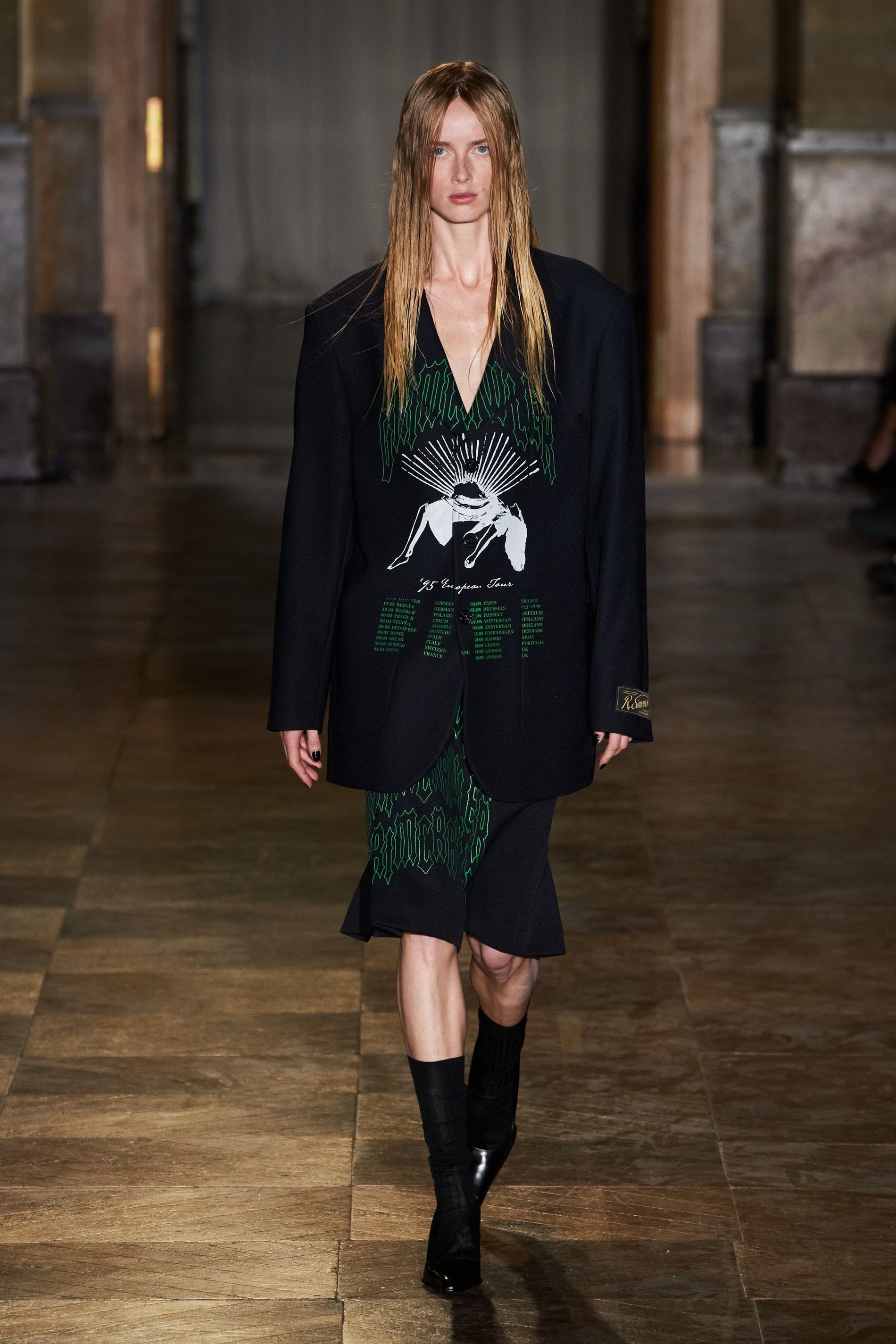 Raf Simons sent his models down the runway in minimal skirts, dresses and sharp tailoring with techno prints, black nail polish and slightly moody aesthetics. The whole collection has an androgynous touch to it while staying true to his signature oversize fits. 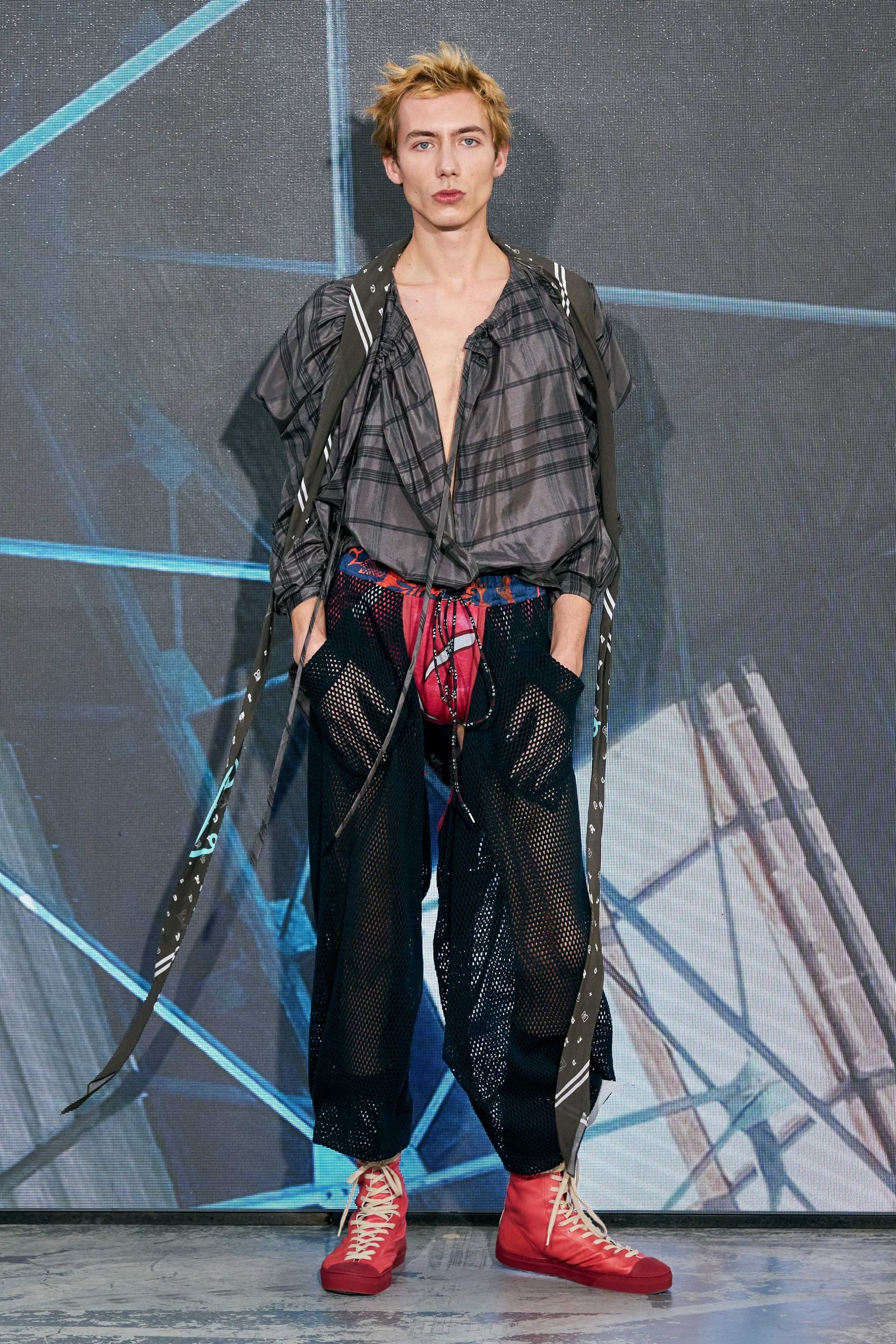 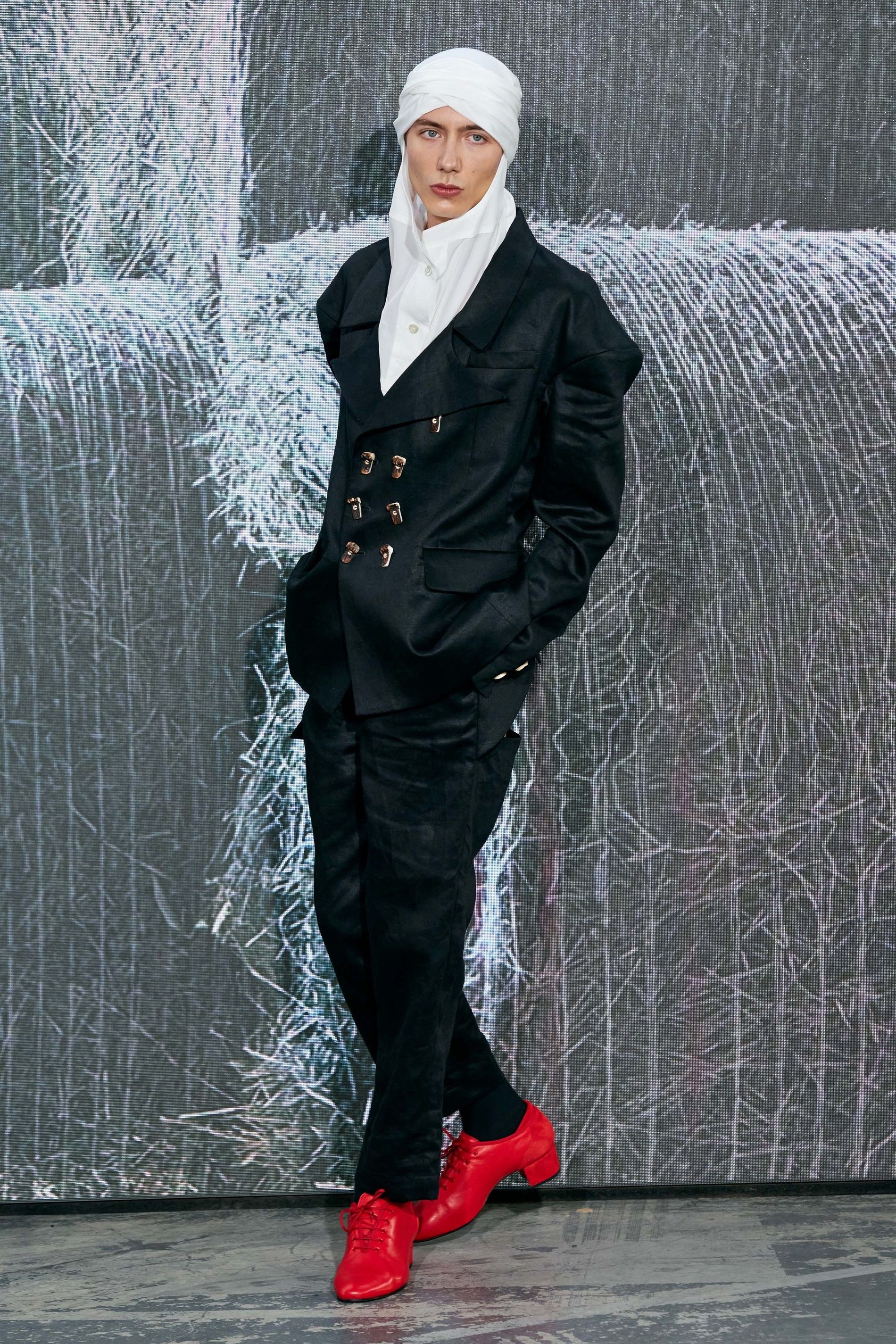 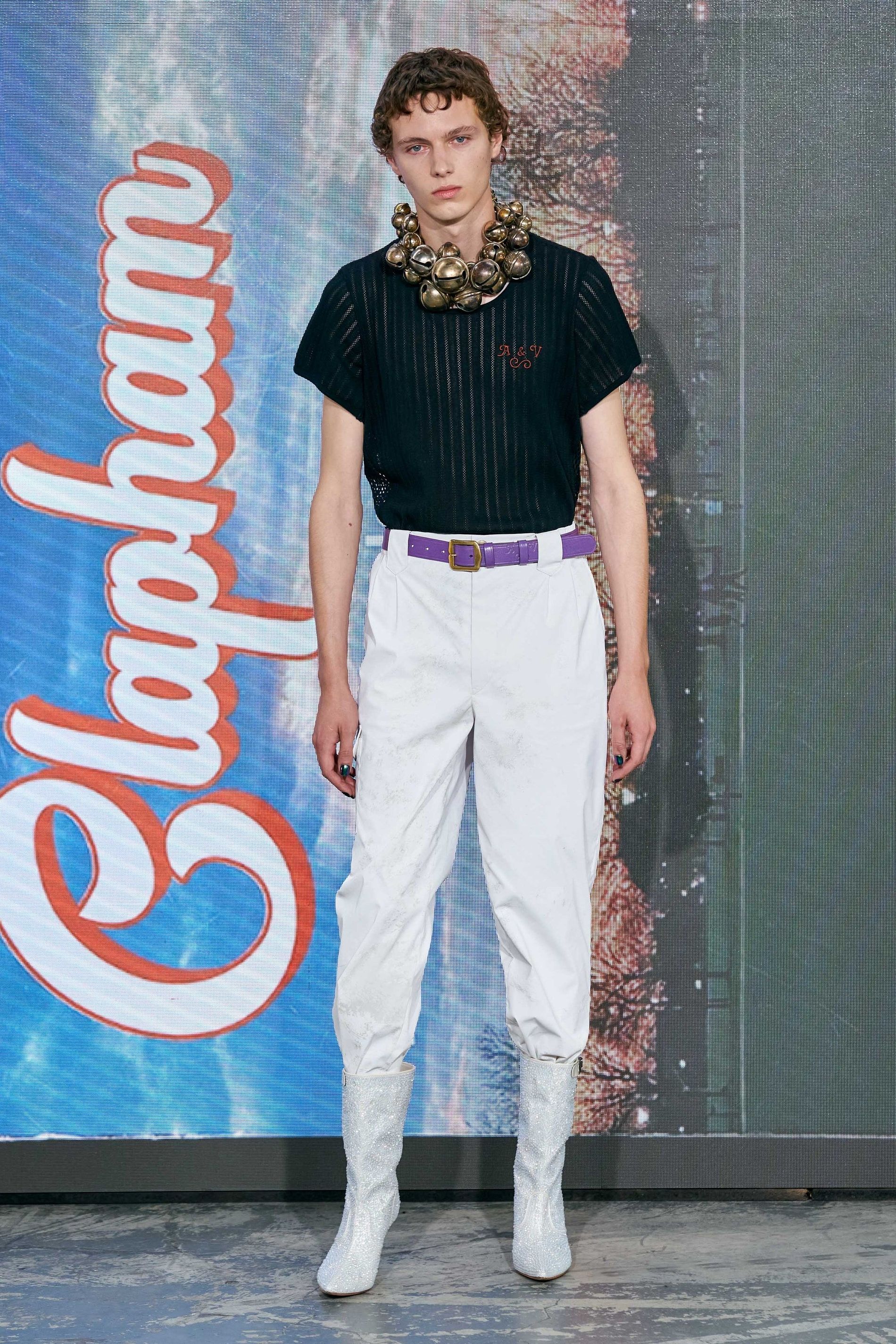 Glittery high heels, bold colours and prints worn with mesh pieces and gigantic bell jewellery. Andreas Kronthaler For Vivienne Westwood SS22 was signature Westwood giving us a show and stretching boundaries in fashion and beyond. 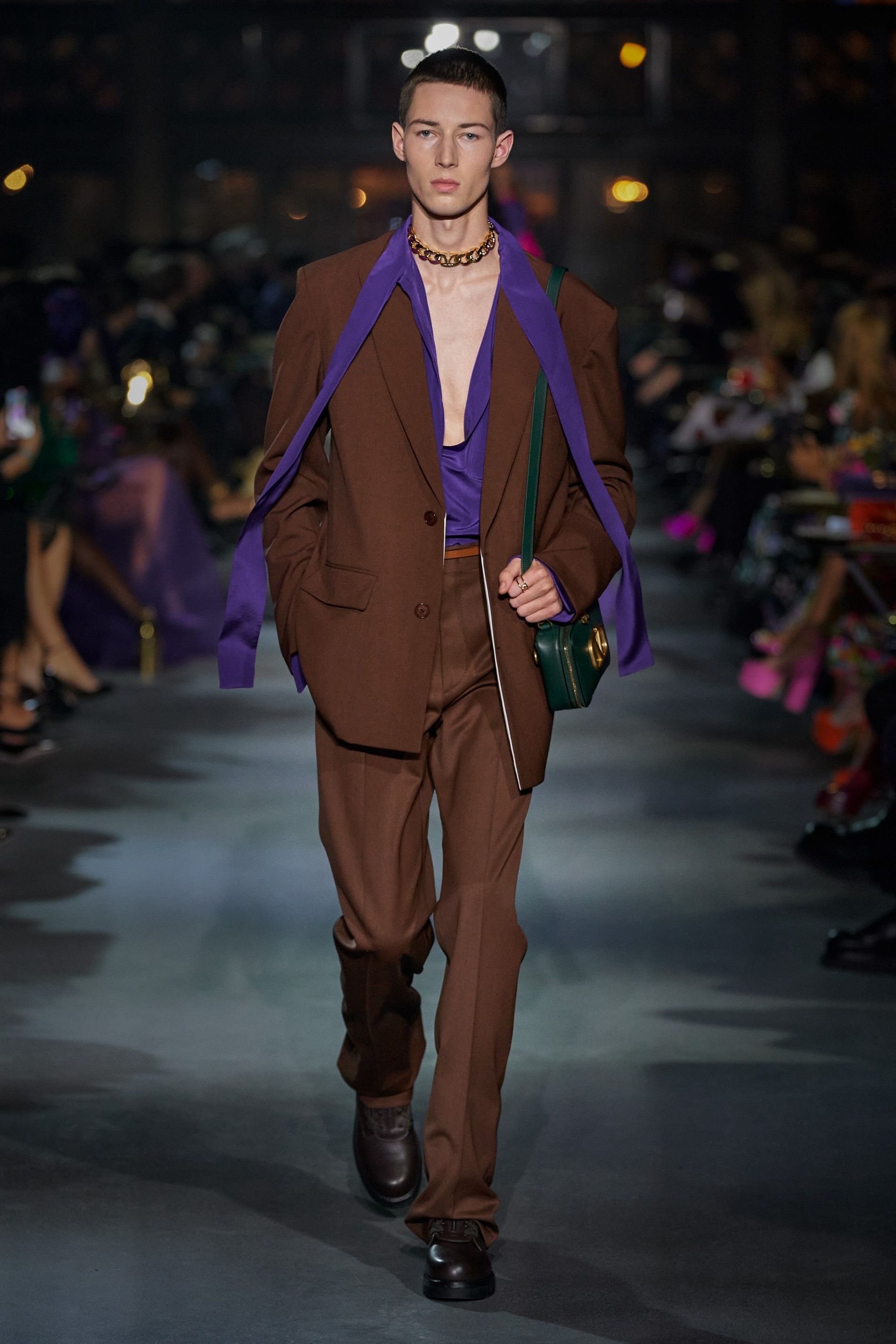 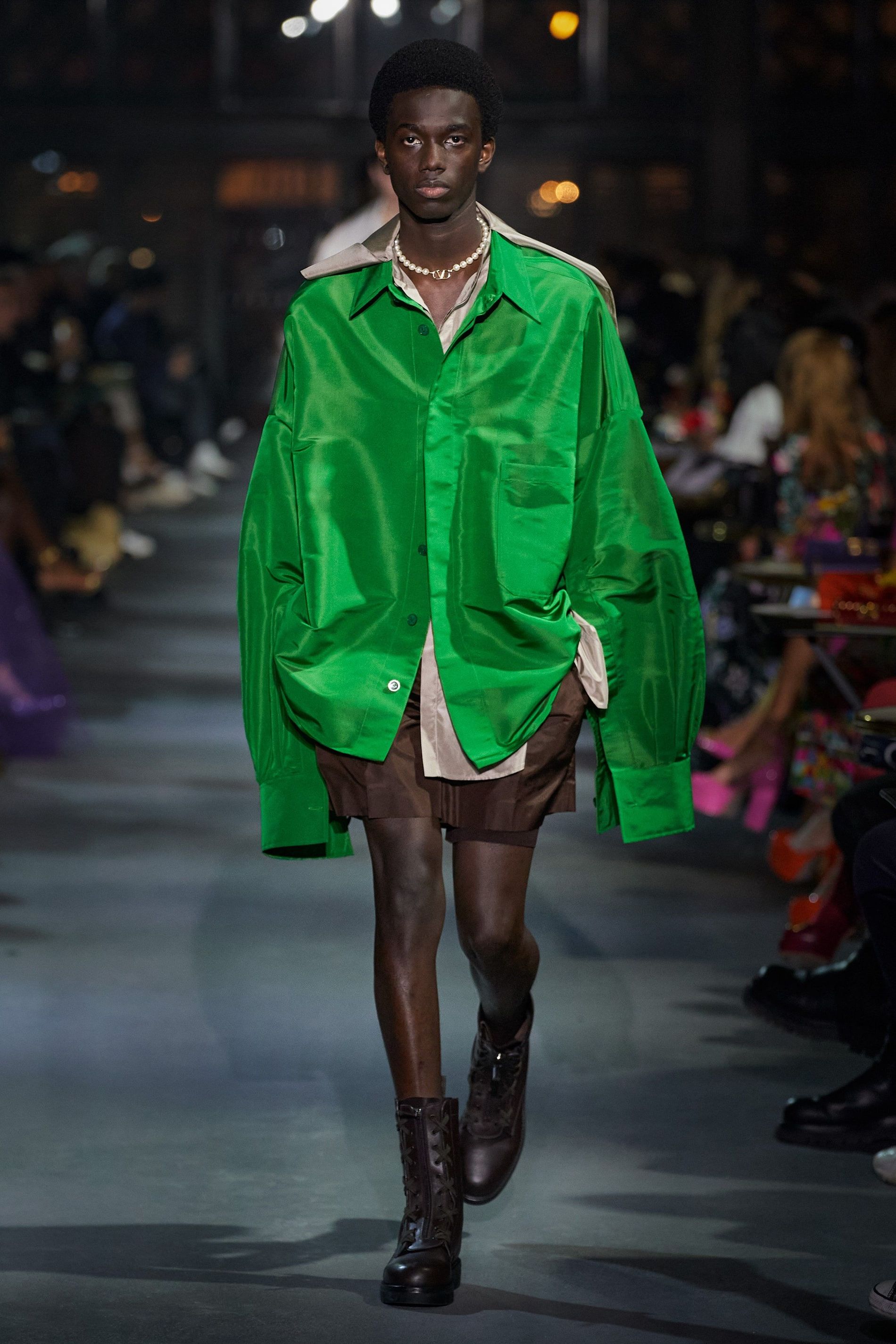 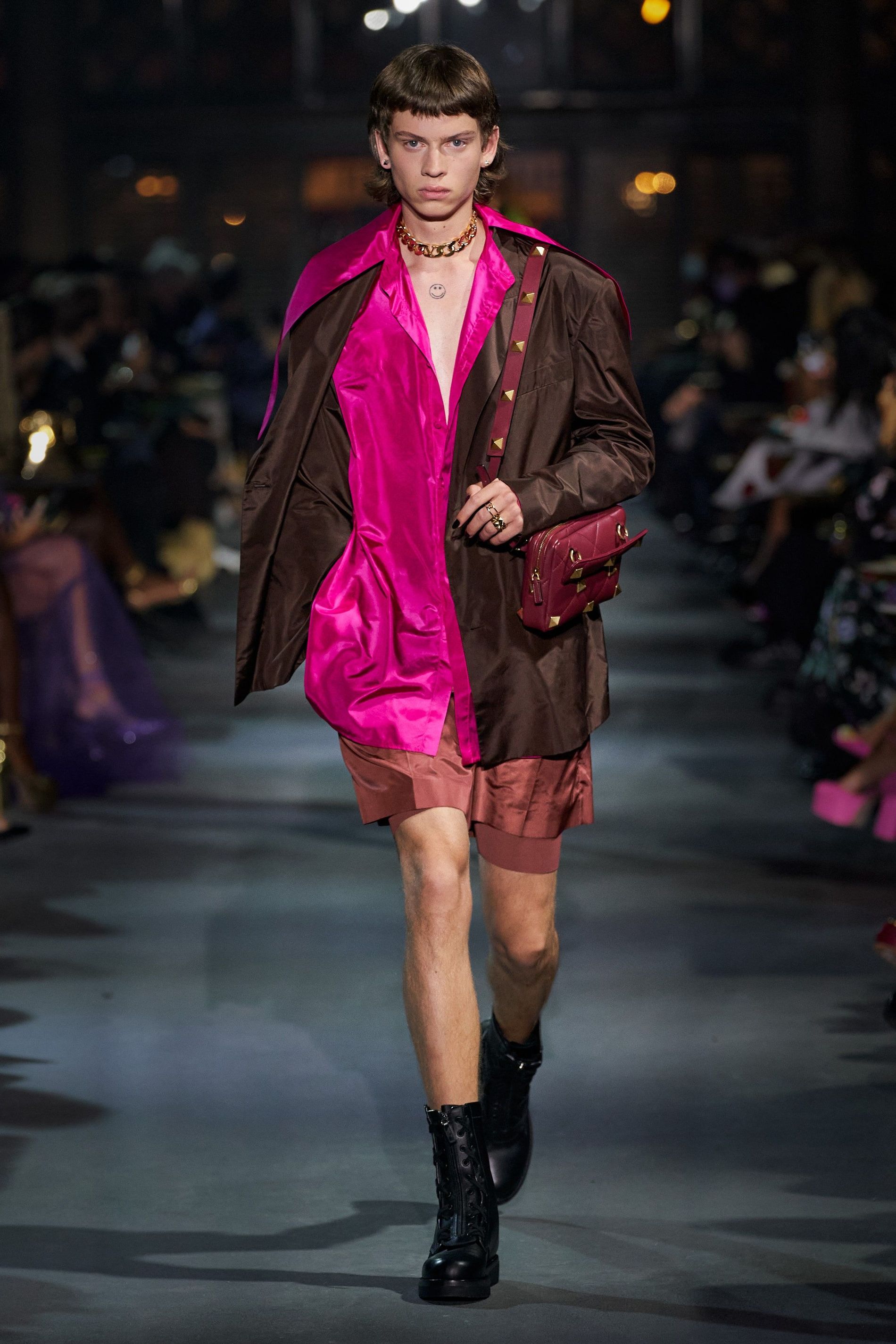 Ever since the Valentino Spring 2021 Couture show, which was one of the first times we saw male models during couture week and took a big leap towards gender-fluidity, the brand's show has become one that I look forward to a lot. For SS22, Pierpaolo Piccioli did it again with his significant colour palette and gender-inclusive looks.

John Galliano made us dream once again with a beautiful short film and yet another genderless collection for Maison Margiela balancing between haute couture and ready-to-wear. Thigh-high boots and new rubber-like Tabi’s in white, yellow and blue were styled with constructed coats, delicate dresses, lace masks and impressive makeup giving us the drama we need and expect from the house. 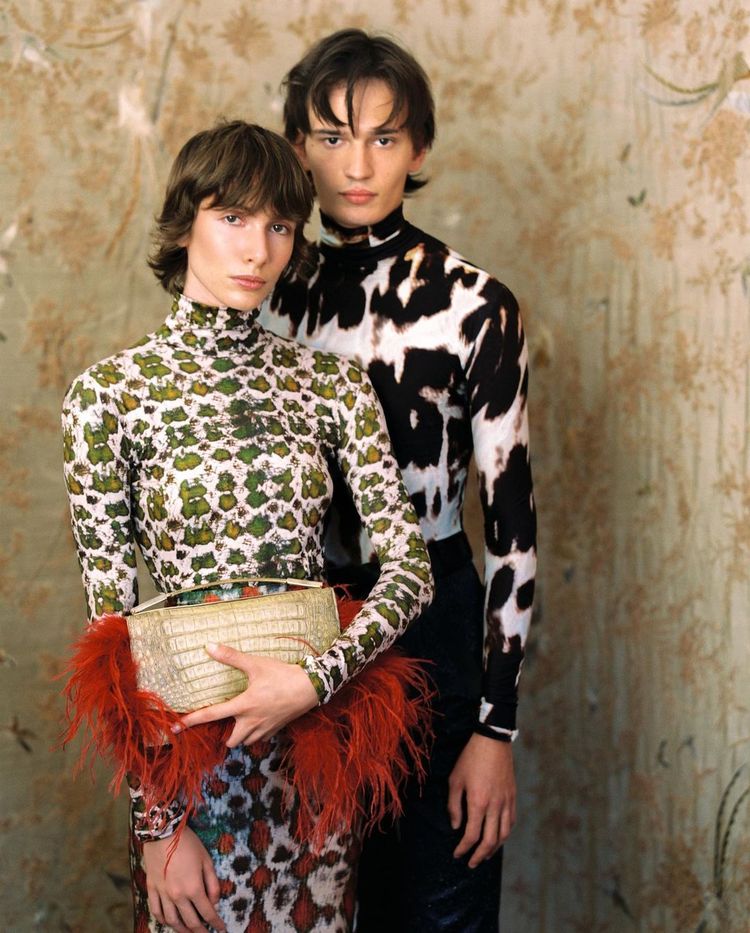 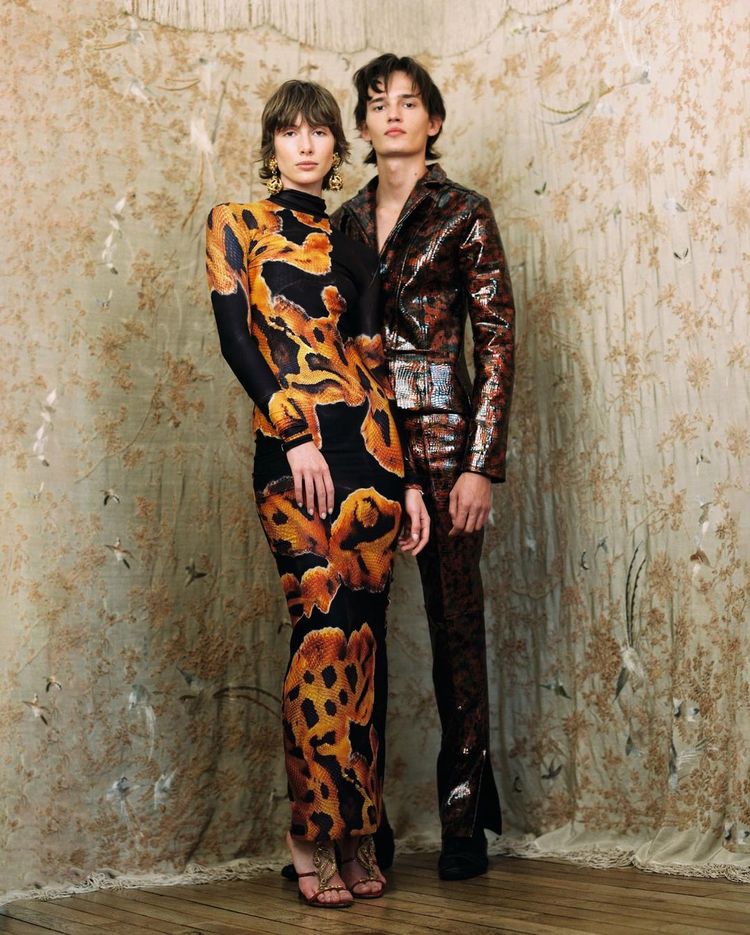 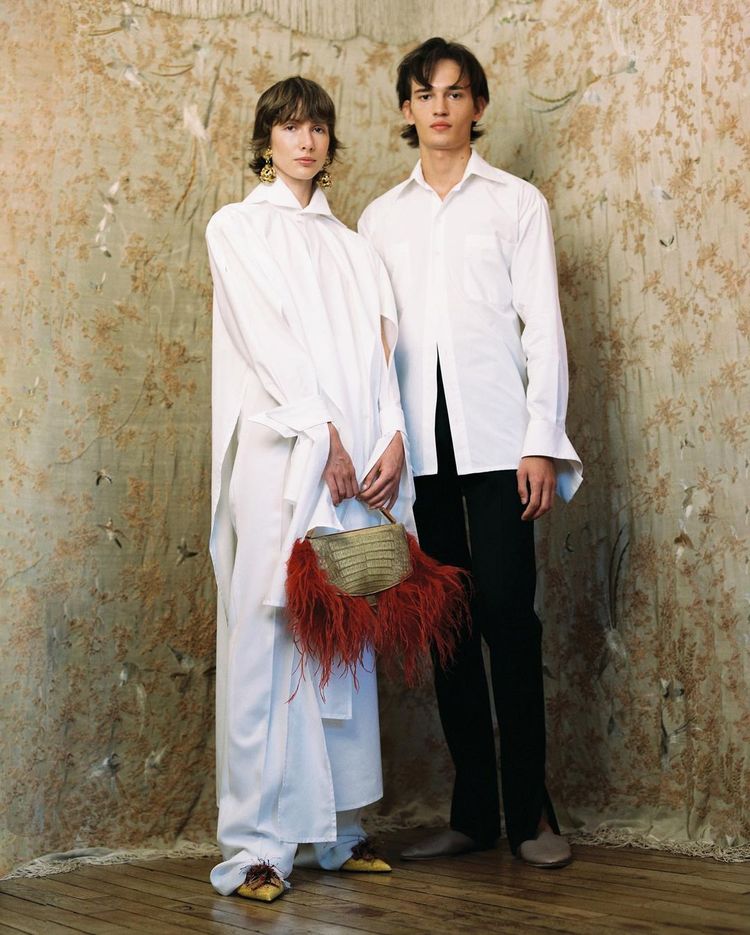 Paris-based Austrian designer Christoph Rumpf revealed his new SS22 lookbook during Paris Fashion Week and it is hard to believe that it is his first collection post-graduation. In a short time, he has established such a strong voice and design language. The new gender-fluid collection brings back his signature shirting and tailoring with new bold prints and feather detailed accessories. 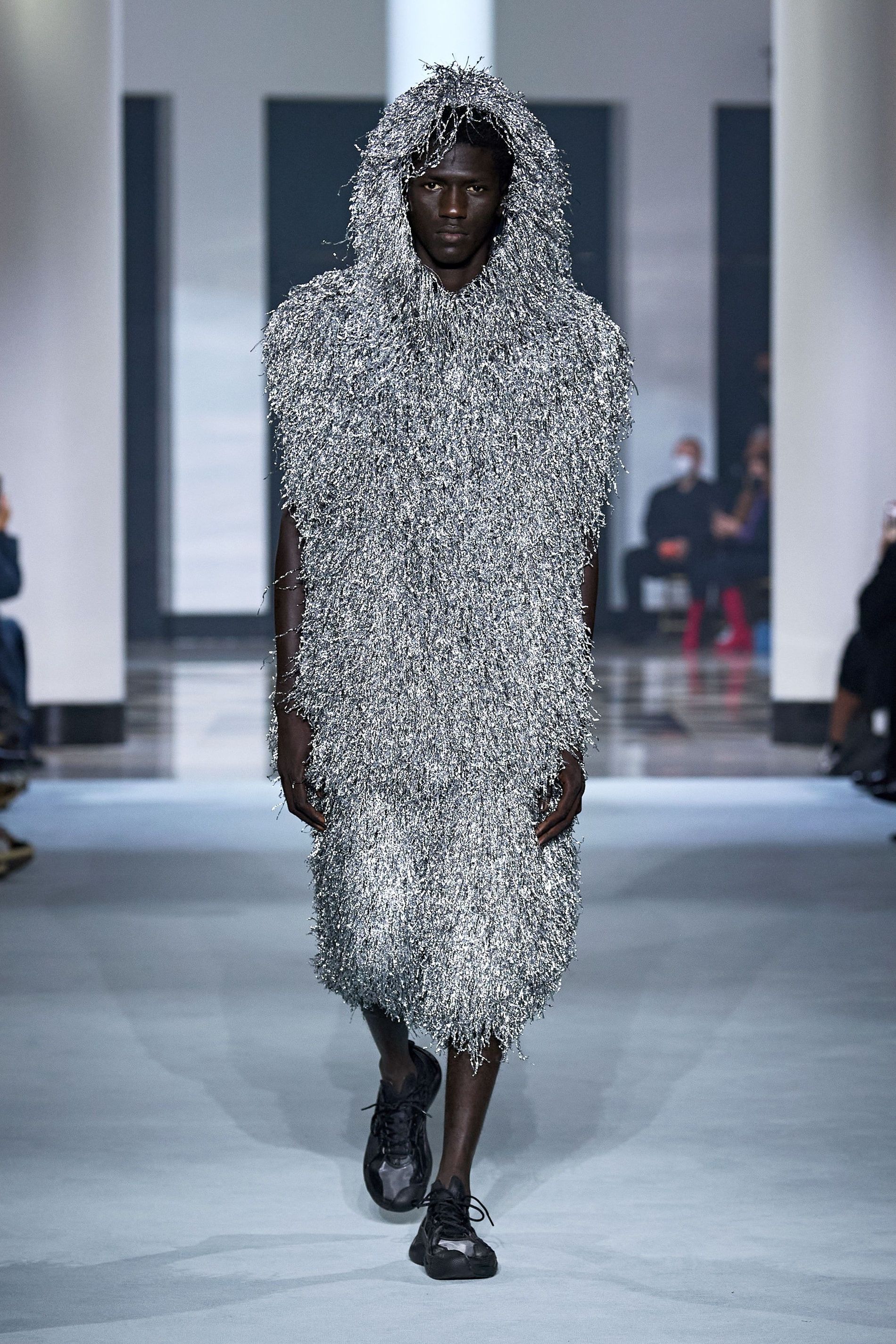 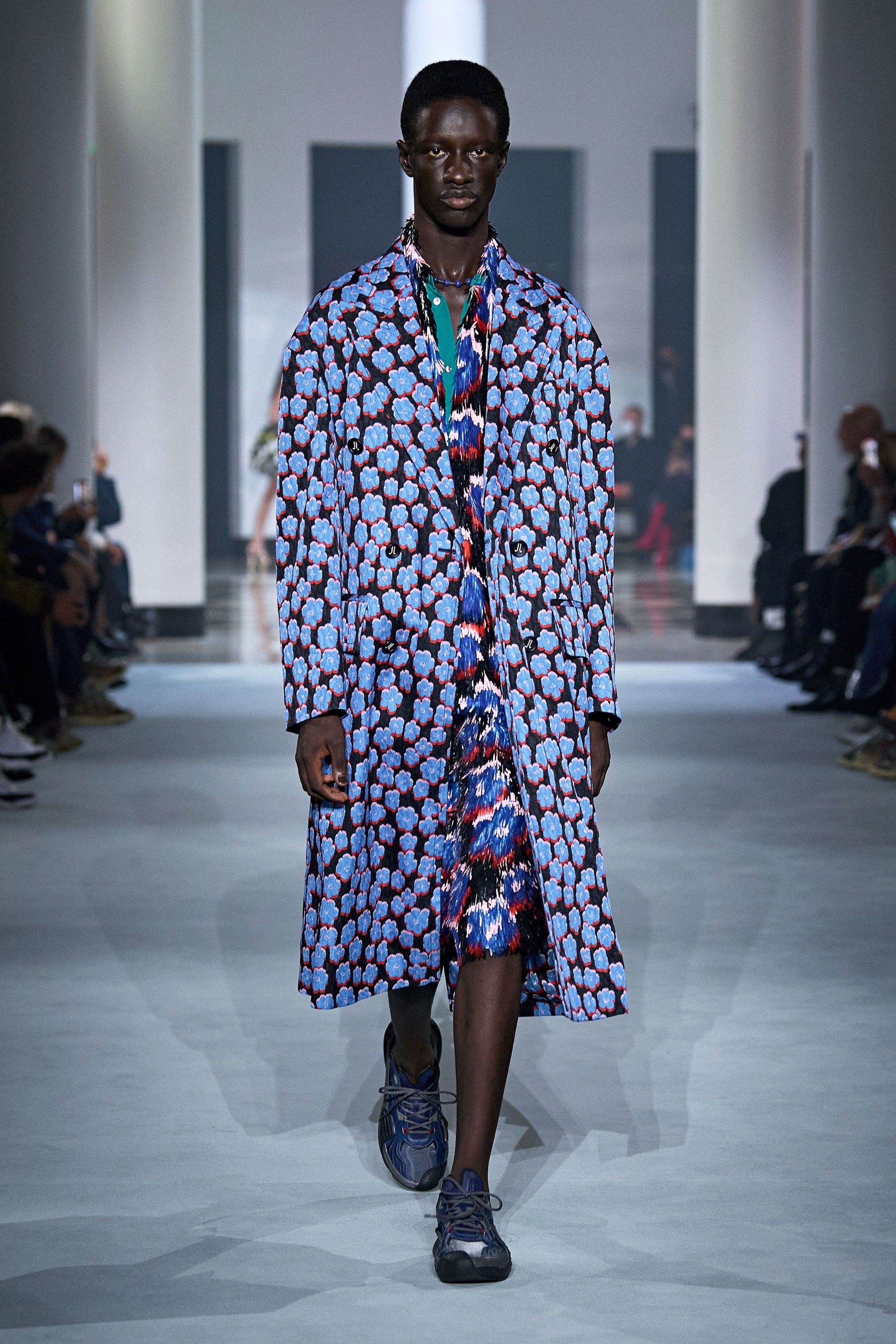 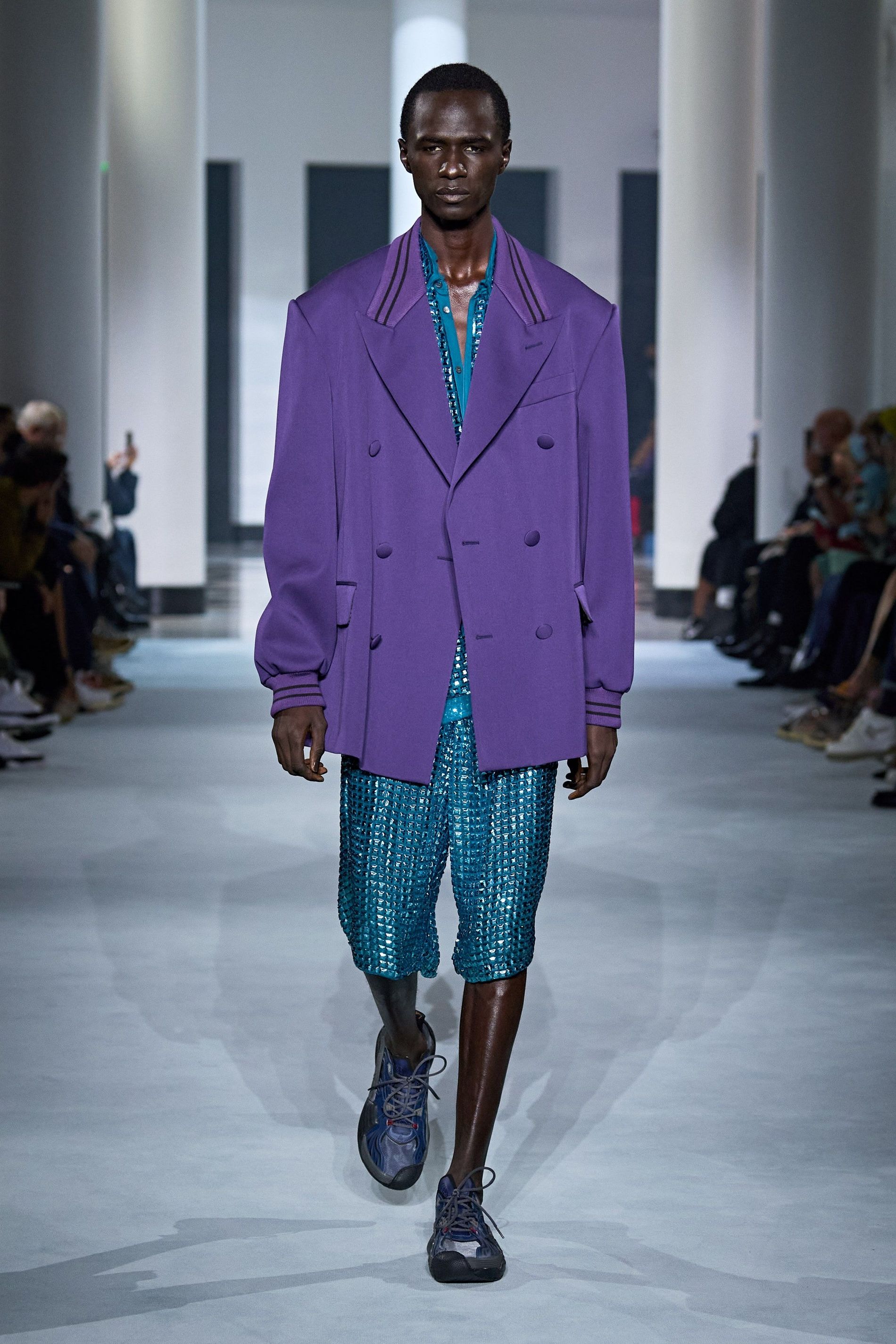 When Bruno Sialelli took over the reigns at Lanvin a few years ago, it brought the universe of the French fashion house to a whole new direction that I am obsessed with. His colourful, playful and gender-fluid take on fashion is exactly what we need. For Spring Summer 2022, Bruno introduced Lanvin heroes and heroines inspired by his all time passion for comics. 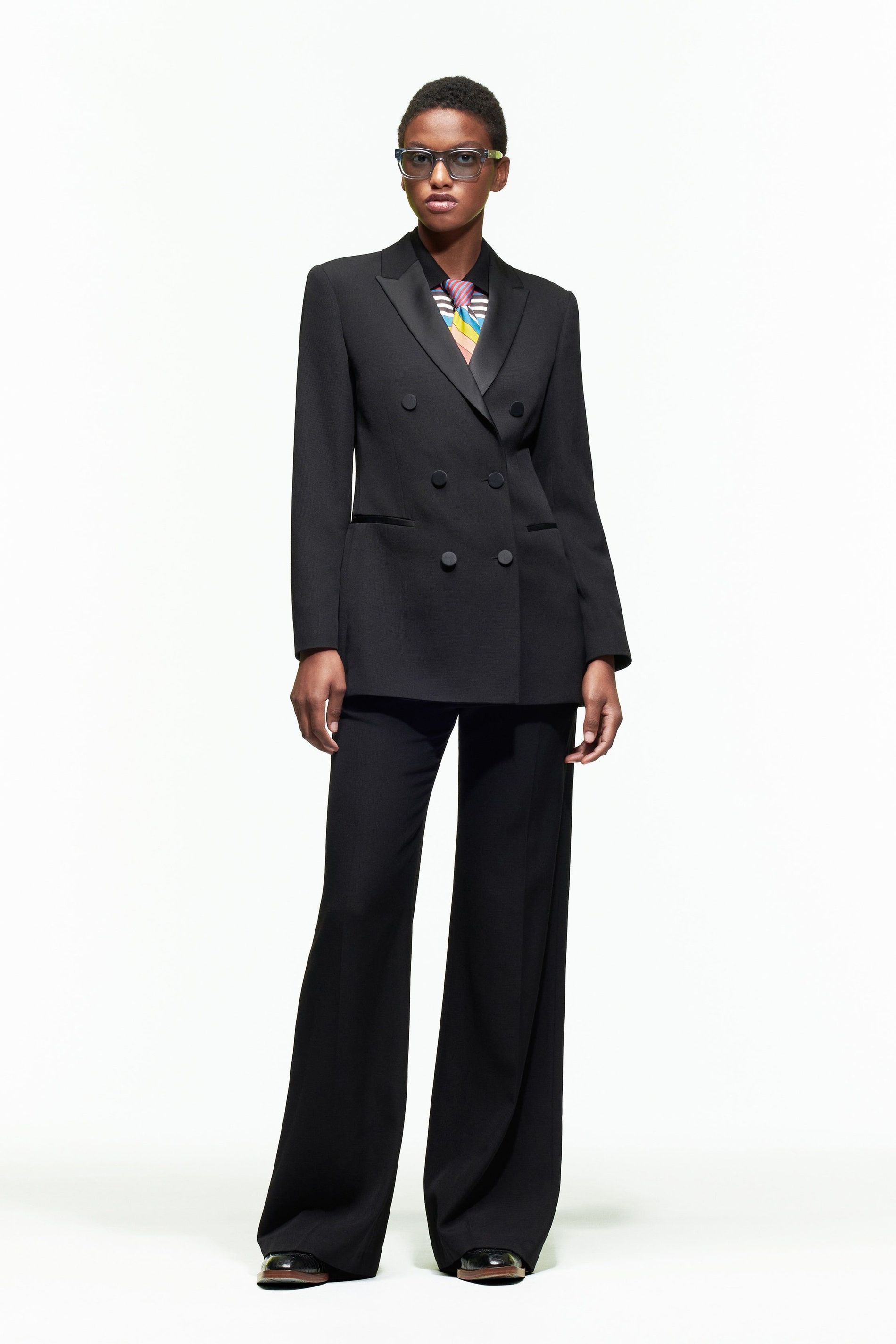 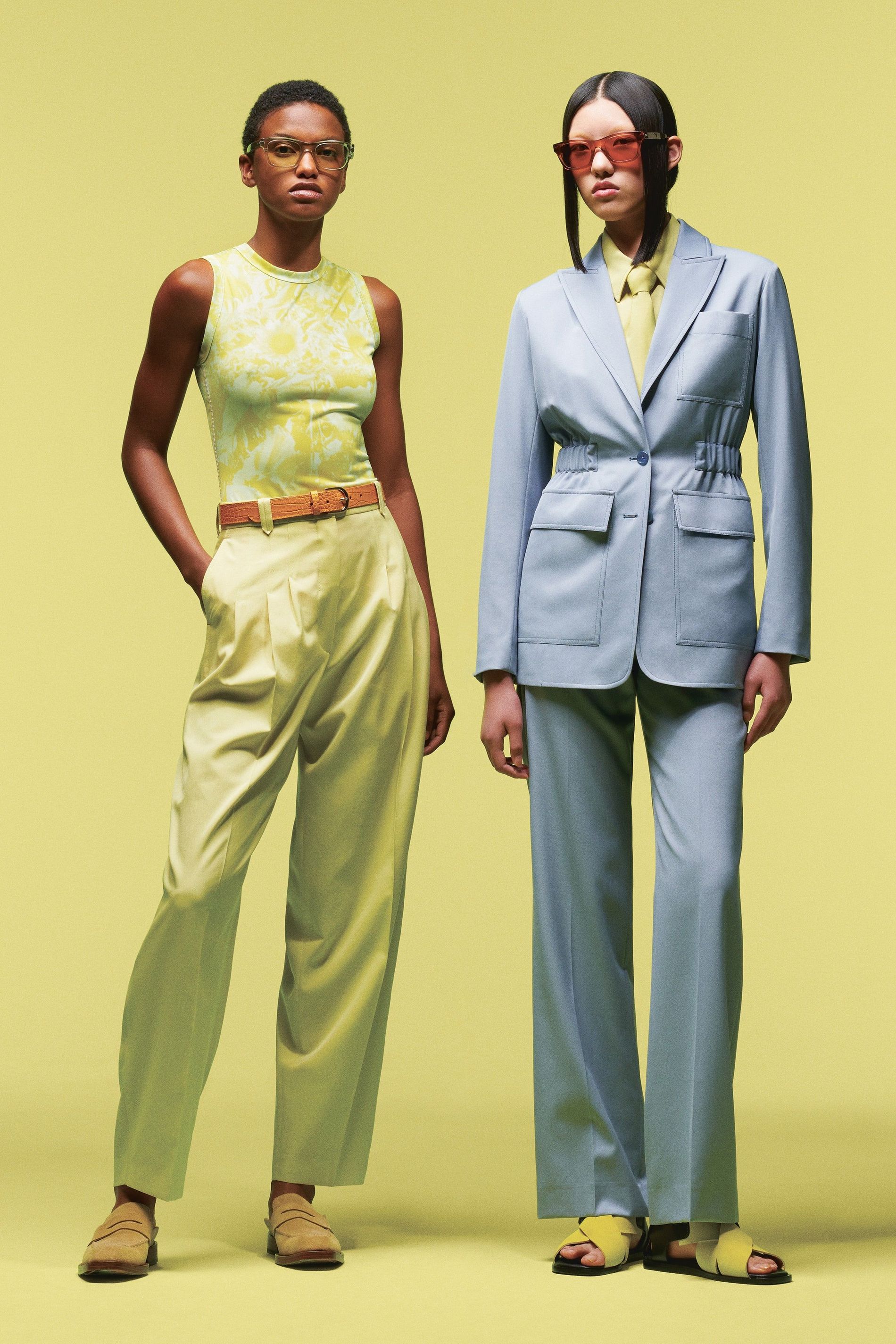 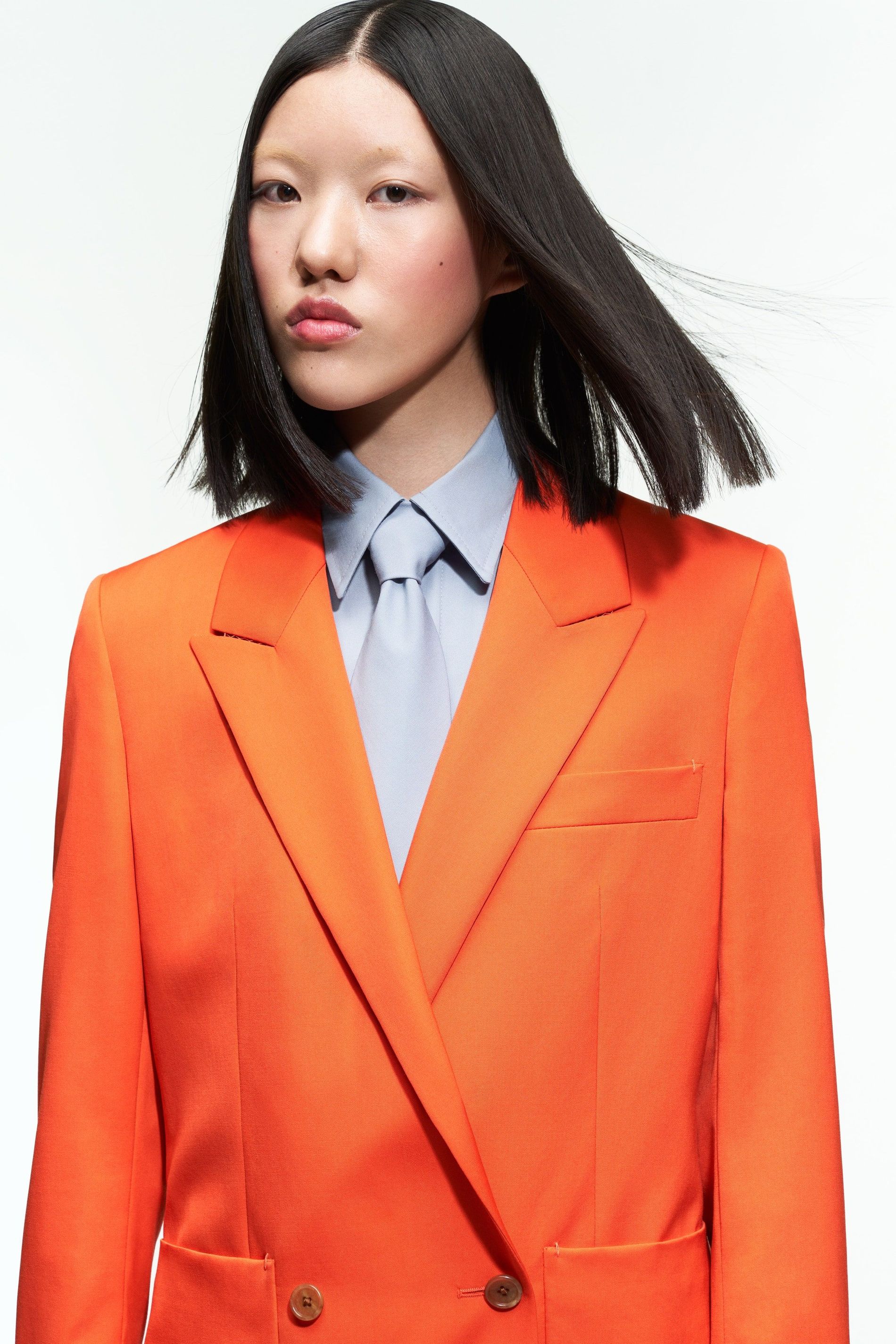 My favourite thing about Paul Smith is always the tailoring and once again the iconic British fashion house mastered it. The new collection consisted of colourful power suits worn with ties, outwear and knitted tops and skirts spiced up with flower prints, the signature stripes and check. 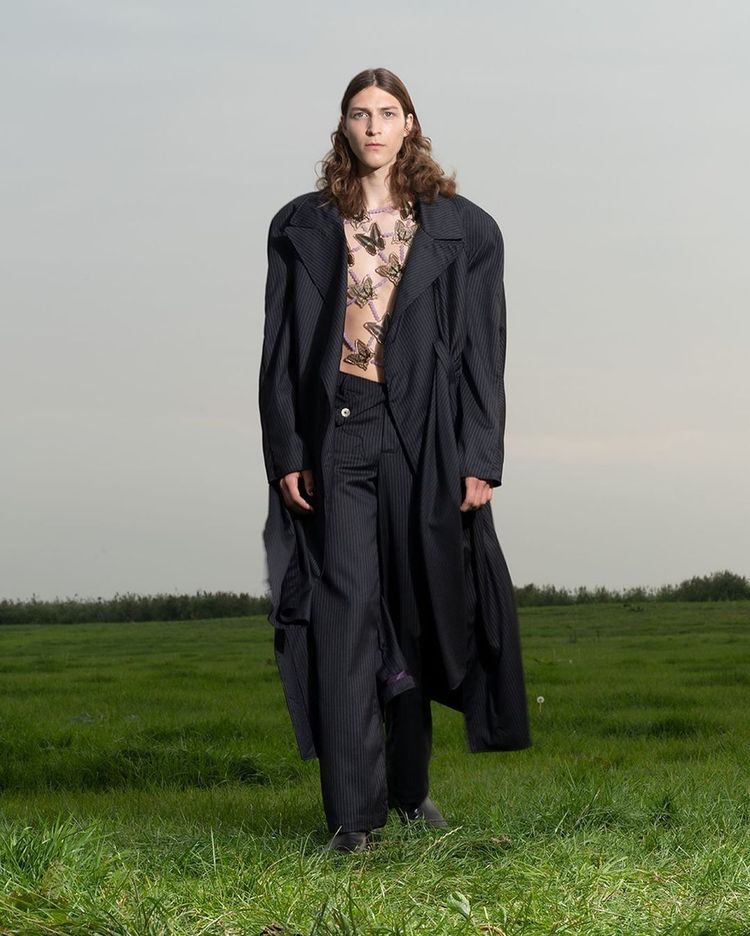 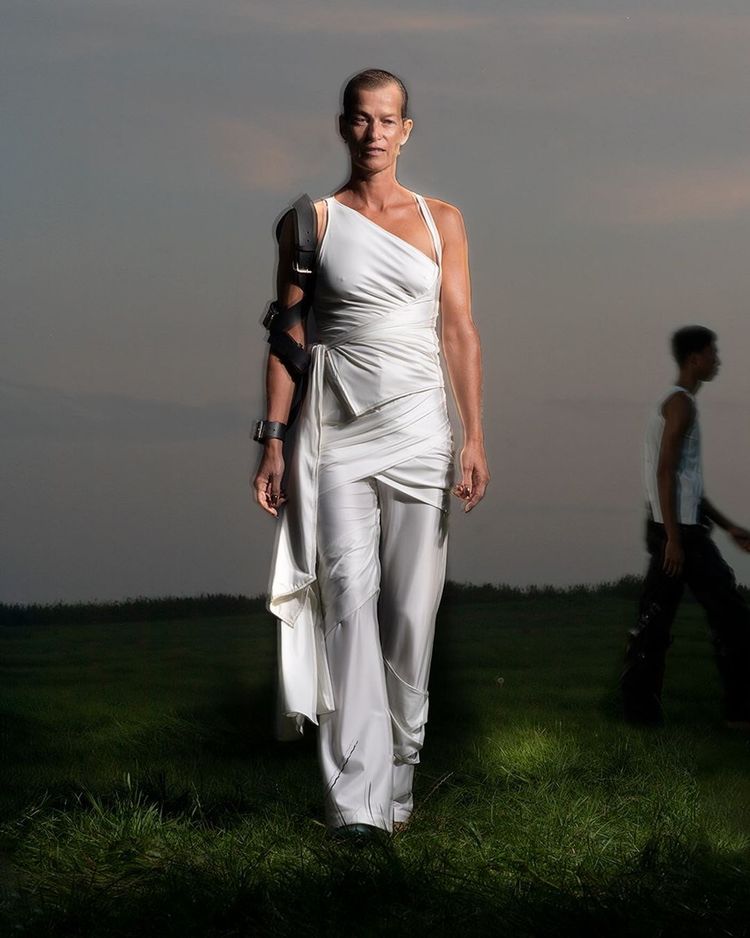 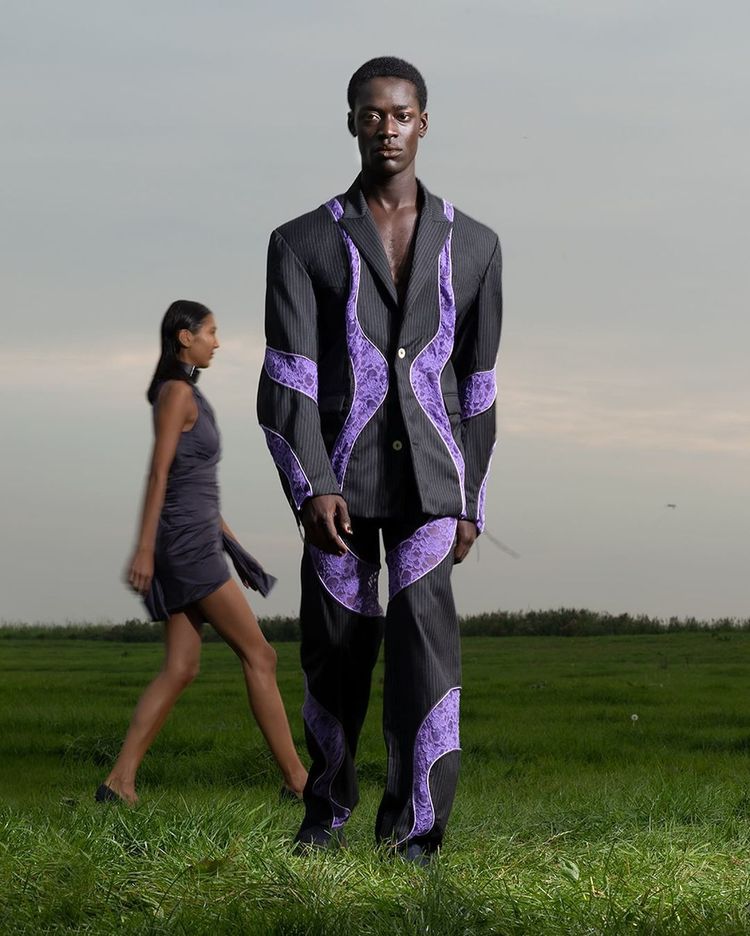 This was the second season Amsterdam-based gender-fluid brand Nina Mounah has shown their new collection during Paris Fashion Week. The latest collection — titled 'The Fertile' — featured references to the natural world such as butterflies. The leather straps, draped shirt and dressing embodied a sense of lust and fertility. 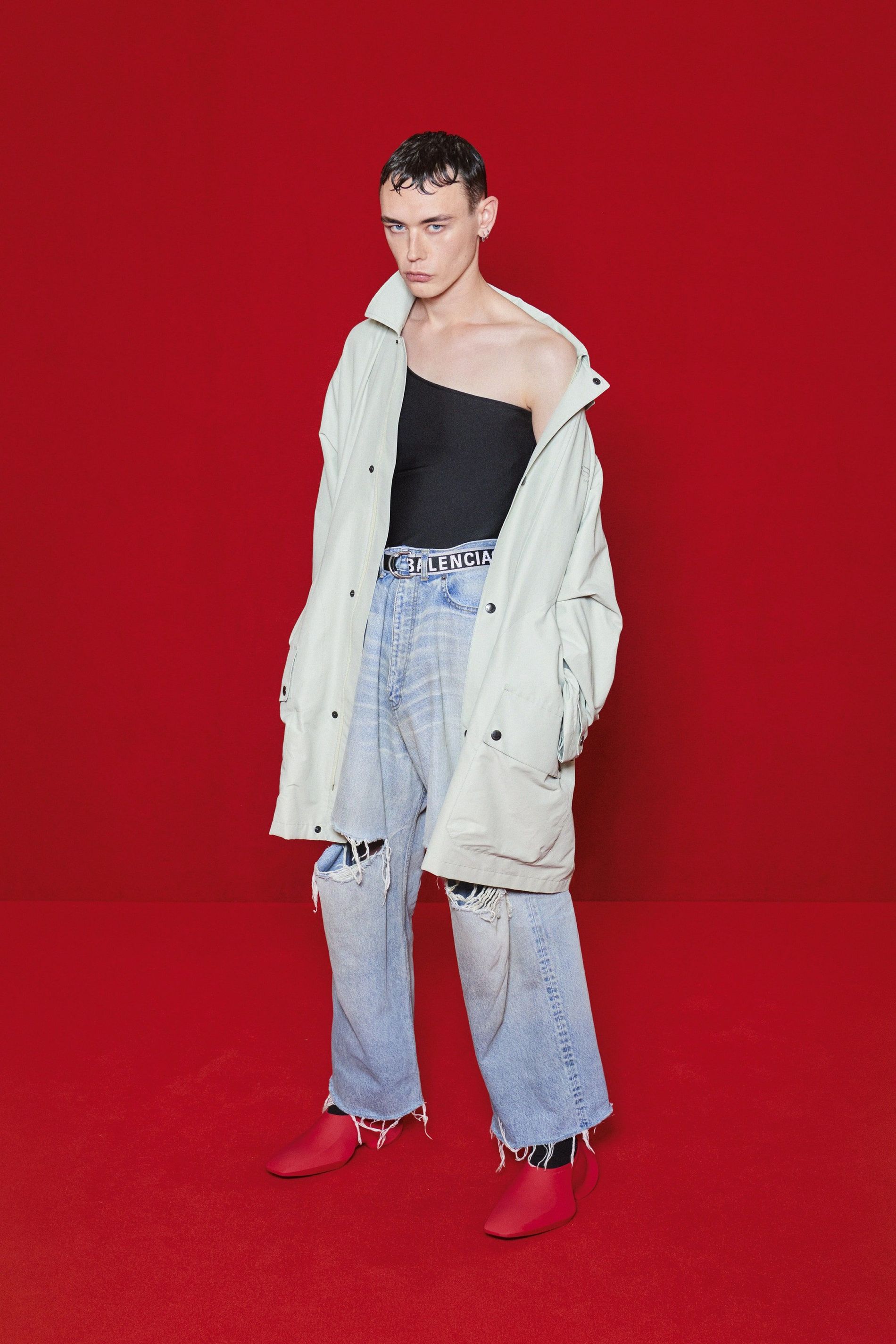 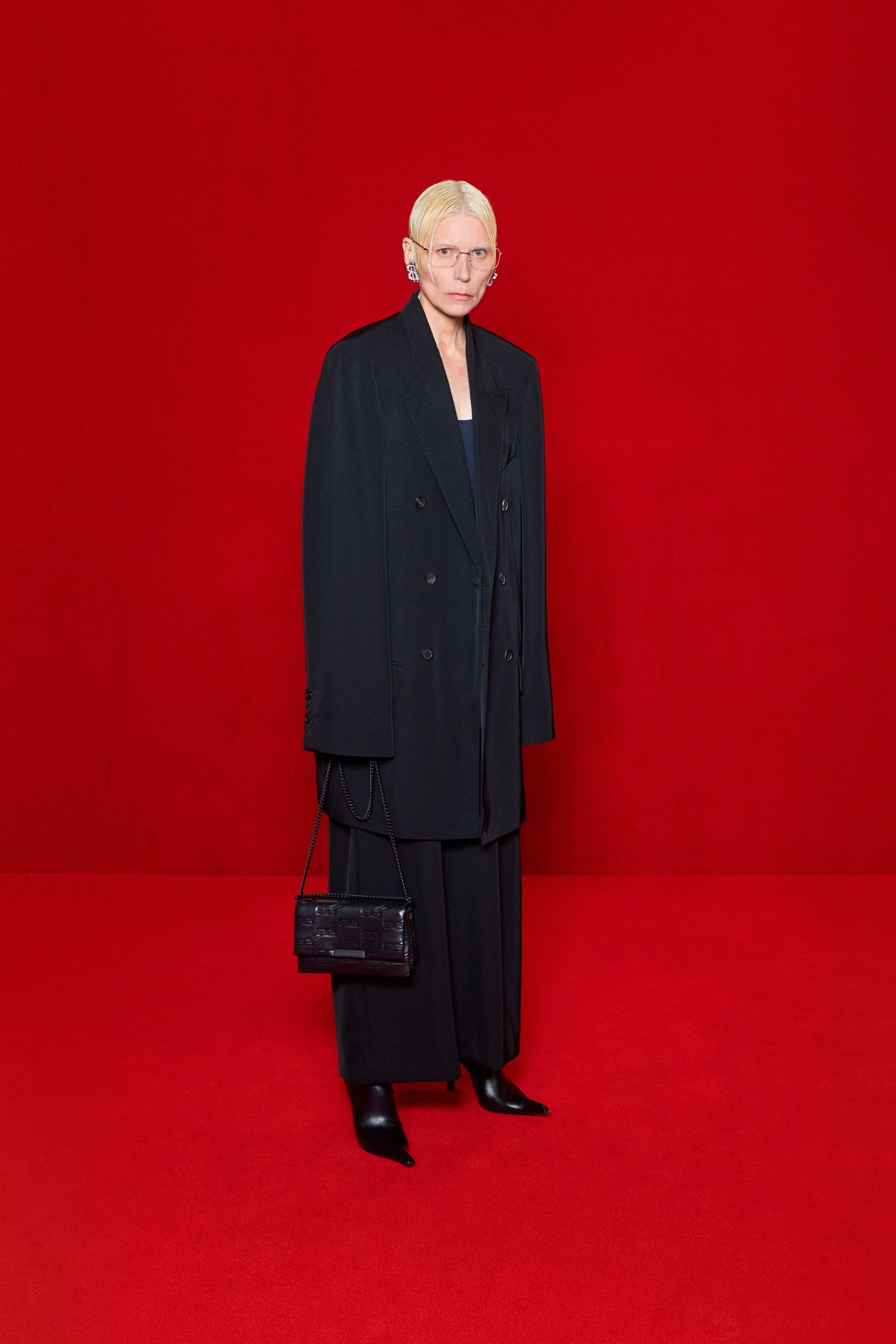 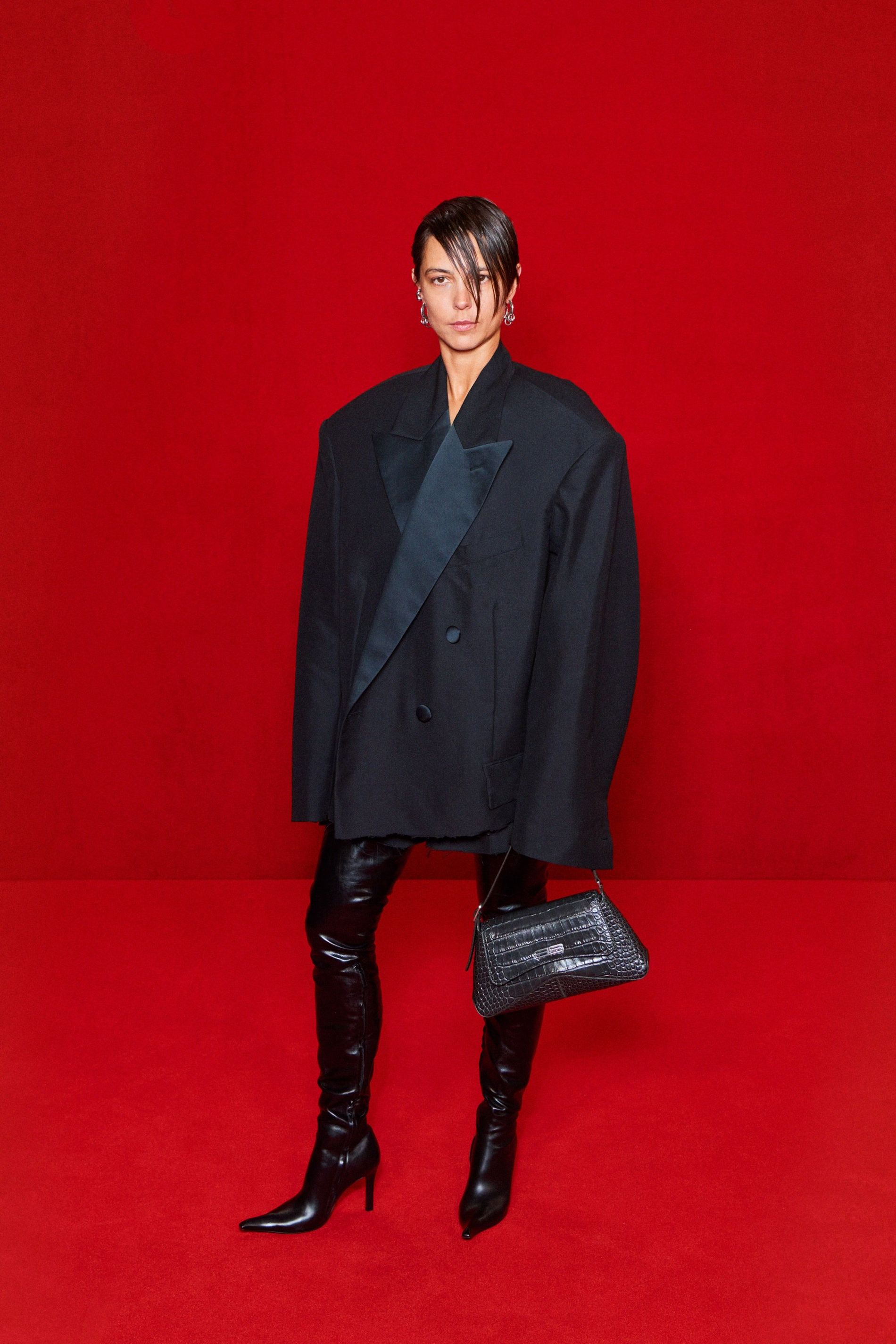 There is no way you could have missed the Balenciaga SS22 red carpet and Simpsons collaboration if you are on any kind of social media platform. The whole collection played with masculine and feminine elements but for me, the gender-fluid highlight was when the animated Demna Gvasalia let Smithers choose his outfit for the runway and he went for a fabulous red gown in the episode that broke the internet.