Artist of the moment Nadia Lee Cohen brings her surreal self-portraiture to the Gant and Wrangler collection campaign. We speak to the British artist about her obsession with Americana

Gant embraces its American roots, linking up with heritage denim brand Wrangler on a yee-haw-heavy capsule collection (for those uninitiated, though the brand is now based in Stockholm, it was born in Connecticut). Double denim – bootcut jeans, natch – rich brown corduroy, sumptuous leather and cowboy flannels bring a cinematic '70s aesthetic to the offering. Speaking of cinematic, who better to capture the collection than British artist Nadia Lee Cohen, whose photographs – often self-portraits – are imbued with a sense of campy Americana. 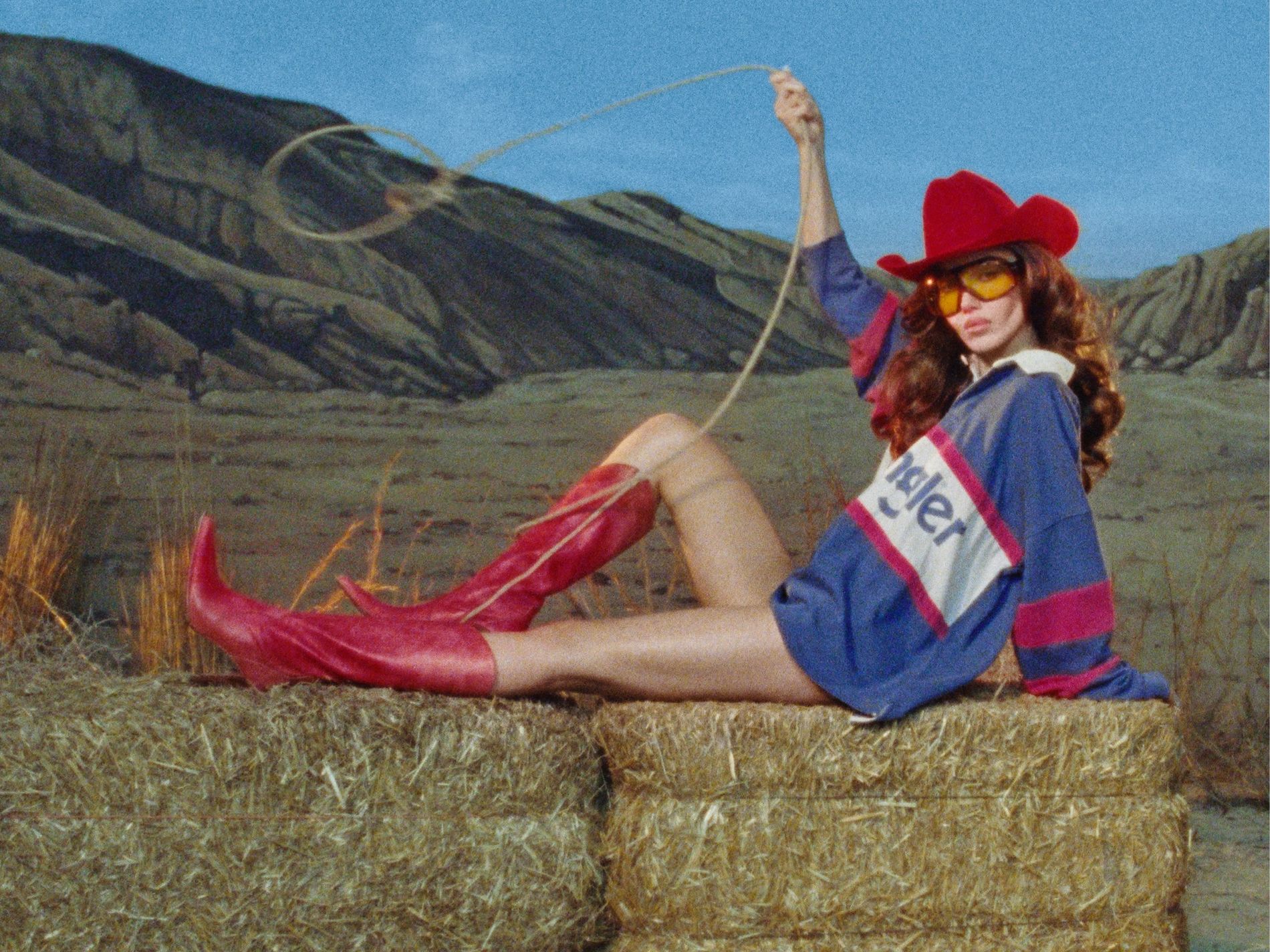 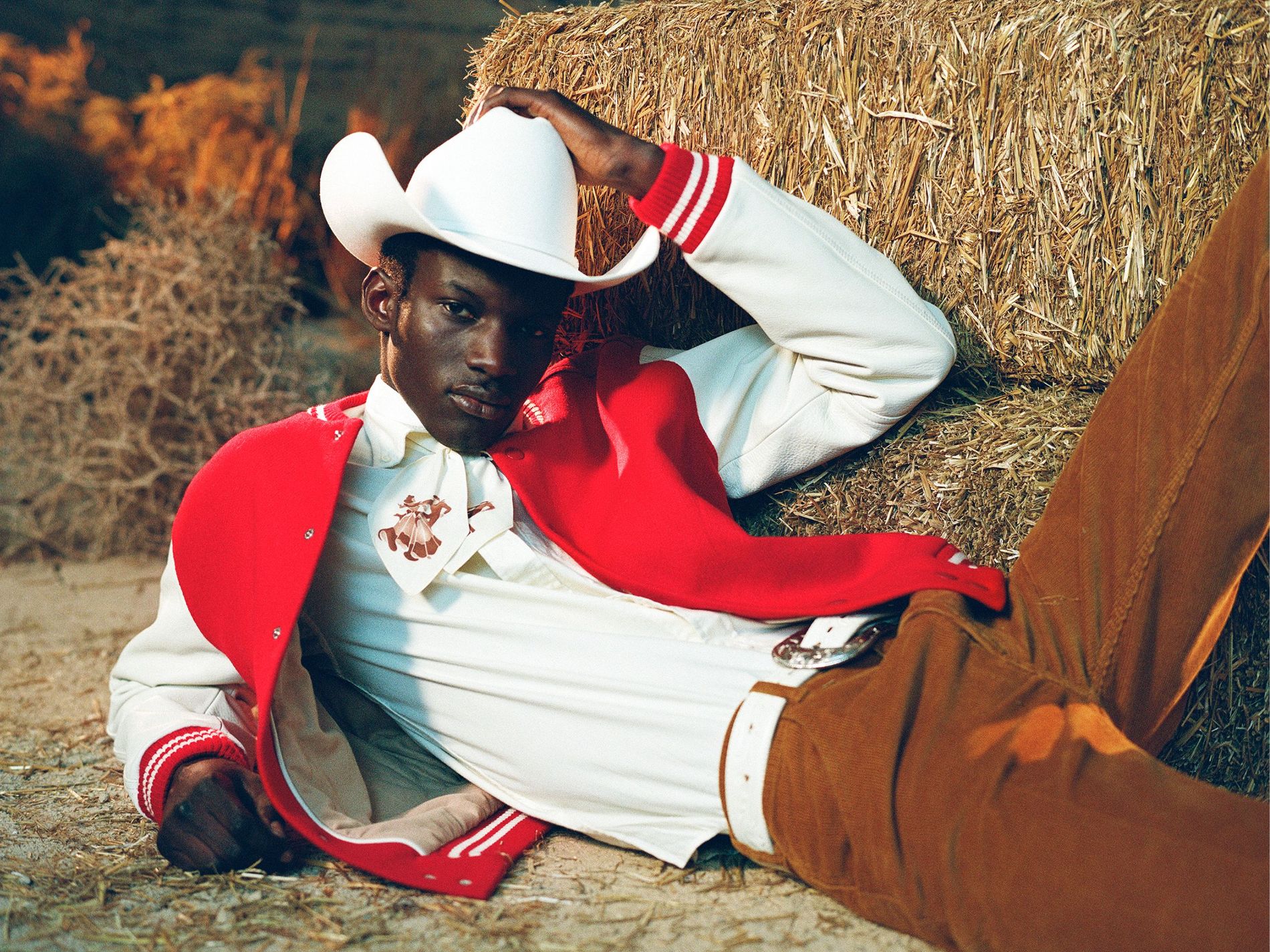 Lee Cohen’s “fascination” with Western culture runs deep. “I think it stems from growing up in the British countryside in a landscape that is predominantly wet, green and brown,” the artist says. “The US is the antithesis of that, with its harsh dry desert, bold typography and neon signage.” The collection, which Lee Cohen dubs a “perfect merging of glamour meets traditional Western wear”, was a natural fit for the artist, who habitually references American archetypes – among them, of course, the almighty cowboy – in her work.

For Lee Cohen, this interest in Americana is somewhat generational. “My dad learned English from watching old Westerns and they’d always be on TV as a child,” she says. “Being subjected early to the desolate technicolor backdrops and leathery sun-soaked skin may be the catalyst behind my love of cinema and its dramatic representation of the American cowboy.” Lee Cohen cites 1968 spaghetti Western Once Upon a Time in the West as a personal favourite because she “loves Claudia Cardinale”. 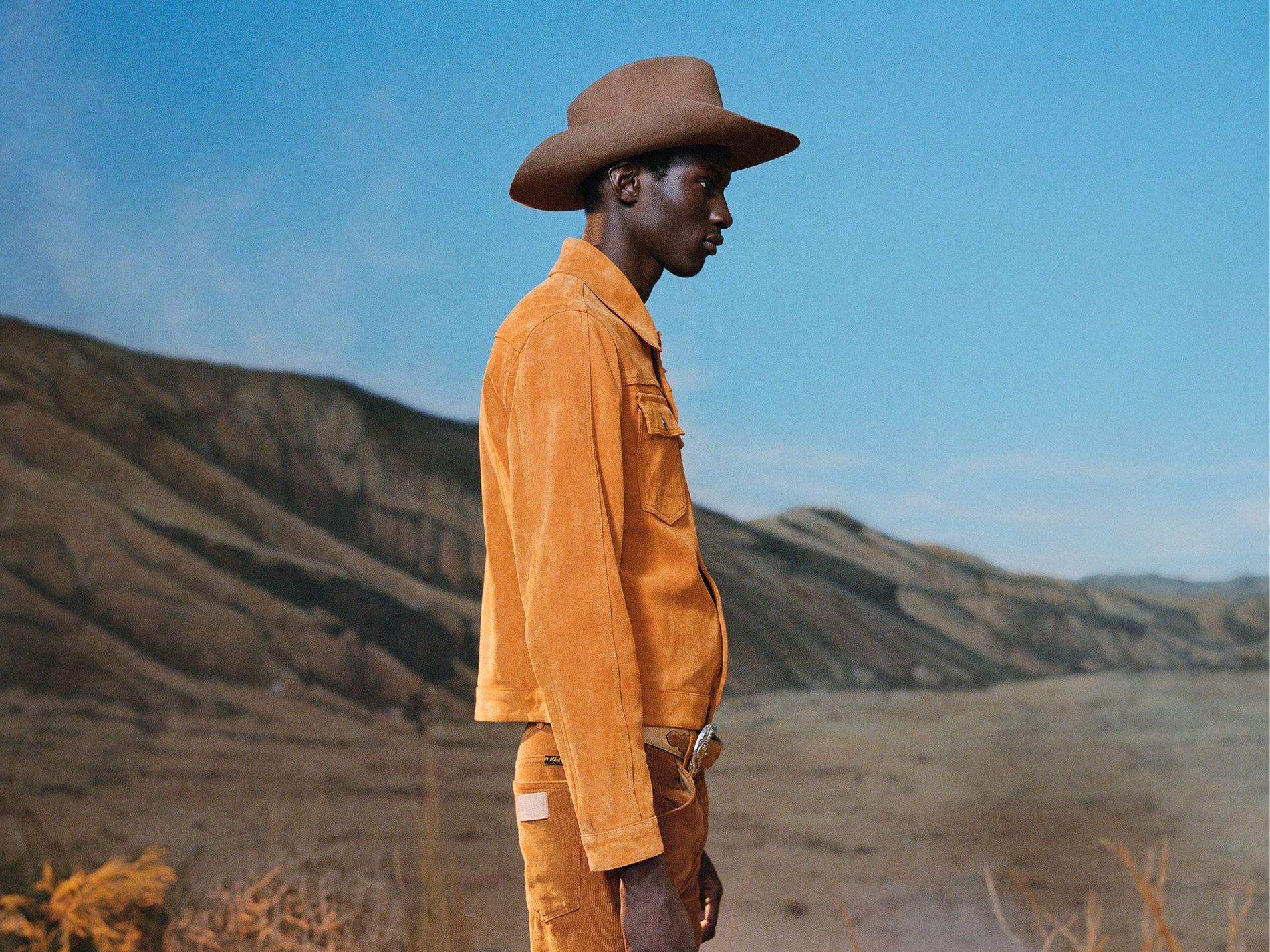 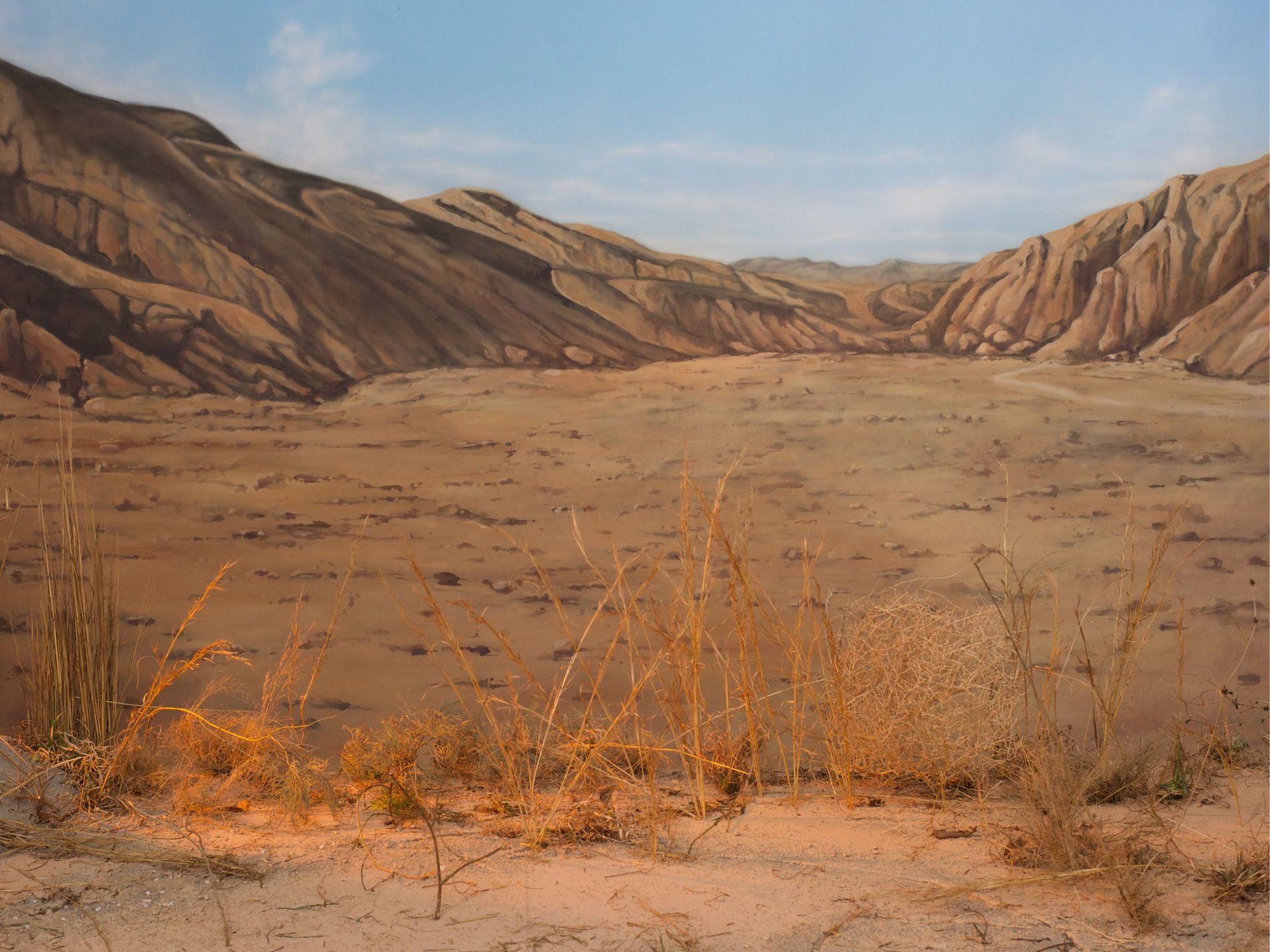 The campaign finds Lee Cohen as rodeo star, perched atop a fake horse, wielding a whip and lasso, alongside model Momo Ndiaye. Basking in the light of a manufactured magic hour, the duo appear like film stars in an alternate reality. “They’re just trying to make it in Hollywood,” Lee Cohen says of the imagined characters. The fake horse deepens the uncanny valley. When I point this out to the artist she agrees, adding: “I wish I could tell you that was intentional, but the truth is that we shot in New York and couldn’t fit a real one in the studio.” 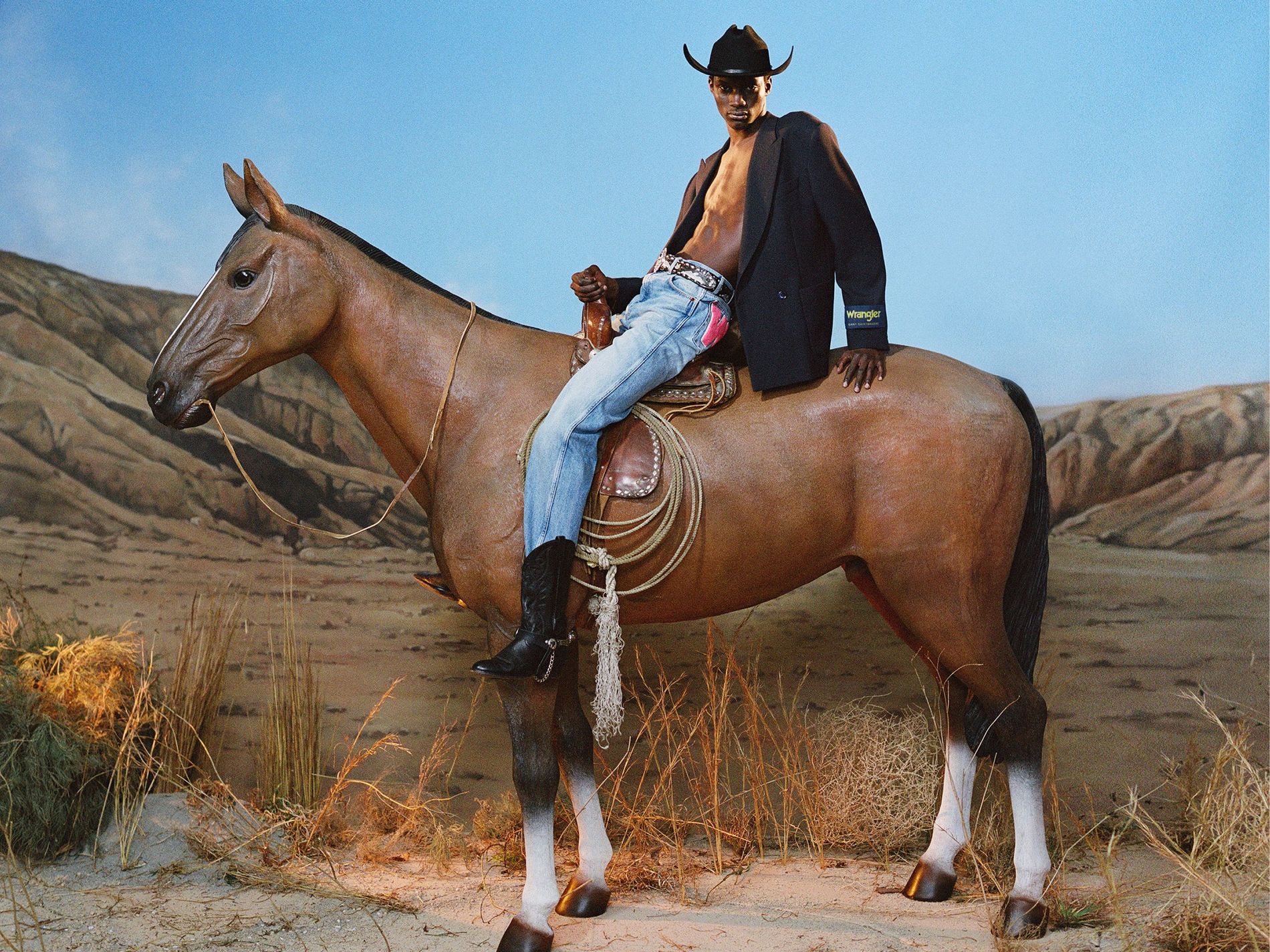 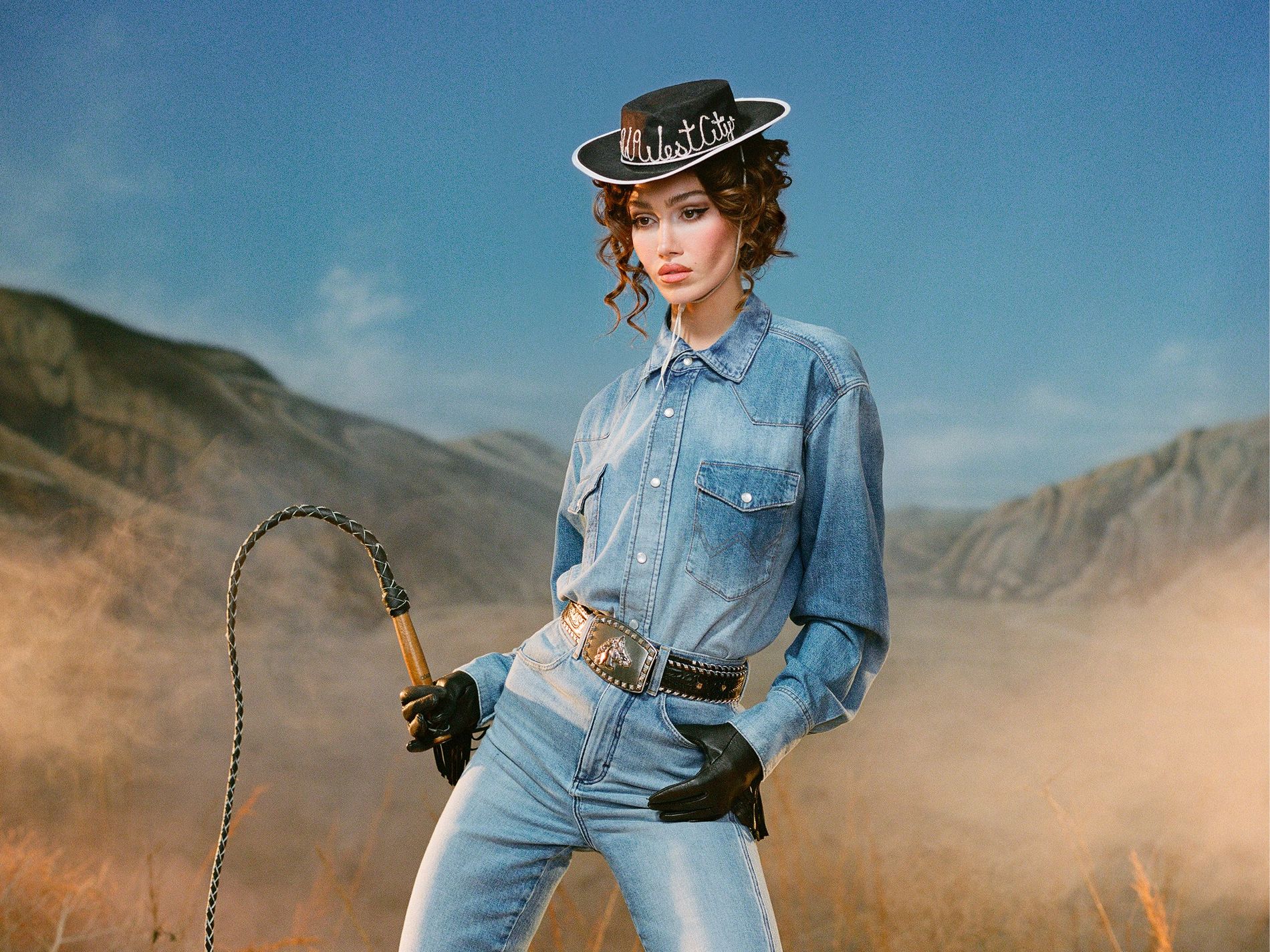