Originally the world’s most high-tech trainer, New Balance’s 990 model has held universal appeal for decades. With the sixth iteration now released, we explore this iconic It-shoe’s rich history and why it has a chokehold on the Scandinavian style set

There’s an ease with which Scandinavian women dress. An understated cool that means trainers are as just at home at the office or at drinks with friends as they are in the office. Lending traditionally, stiffer styles such as two-piece tailoring some edge, Scandinavian style mavens like Pernille Teisbaek, Annie Friberg, and Fanny Ekstrand zhuzh up their oversized blazer, pinstripe trousers and and floaty feminine dresses with a pair of instantly recognisable grey sneakers.

The most stylish local tastemakers of Scandinavia have a renowned love of minimal and functional designs, so it’s no surprise, then, that they have turned their attention towards New Balance sneakers to complete their outfits. “I think 990 sneaker in particular goes hand in hand with the Scandi consumers timeless style, who are obviously well-known for their generally minimal approach to style and as fans of functional, yet stylish apparel they were early adopters of bringing sneakers into their day-to-day relaxed looks,” says New Balance’s Nordic marketing manager Hanna Löfberg. “The classic and comfortable trainers are a unique hybrid of a toned-down statement shoe, resulting in a footwear option that blends perfectly with the effortlessness of Scandi style.” 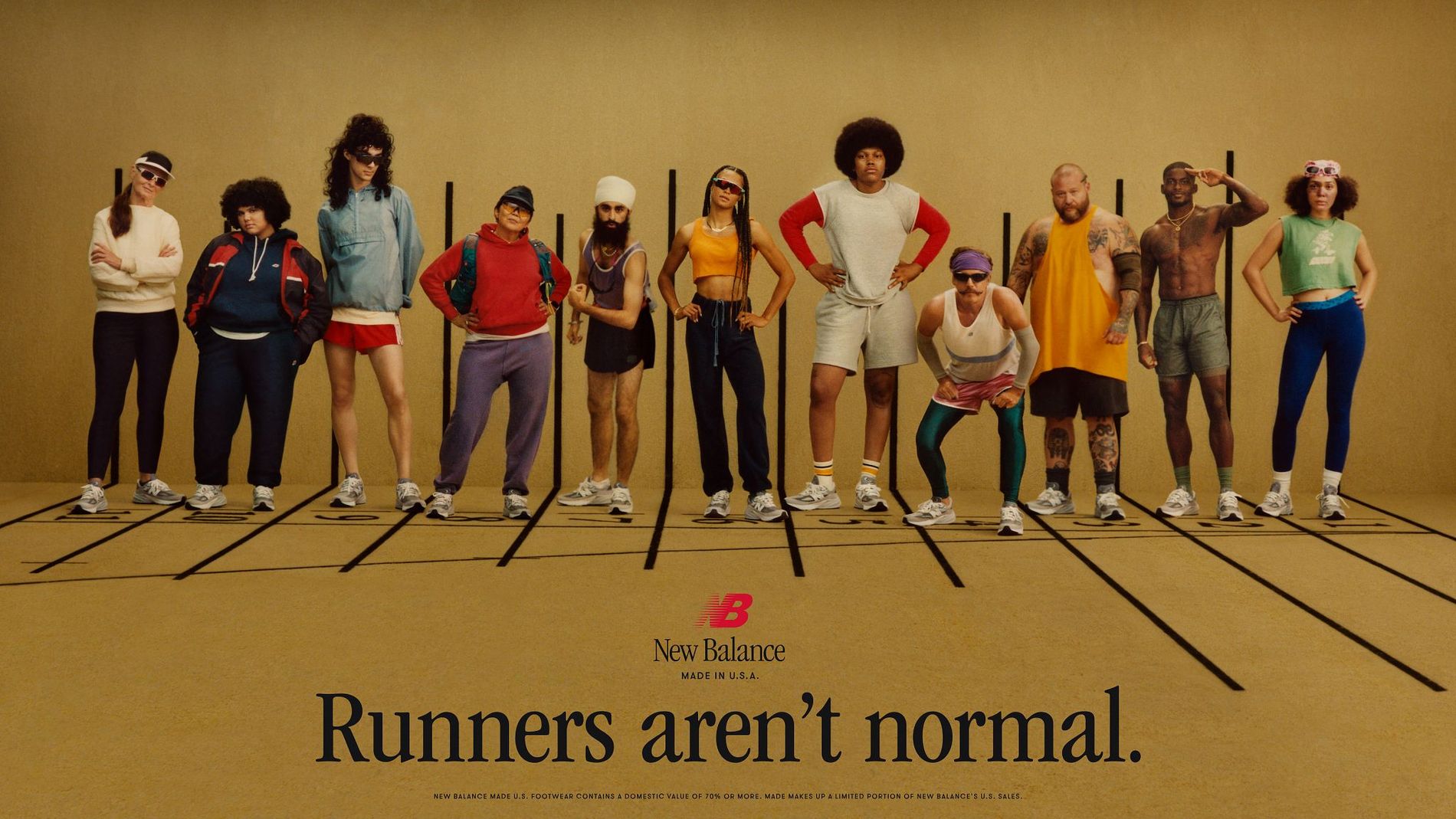 The 990 hit shelves for the first time 40 years ago. “When the 990 was released in 1982, it was considered the most technologically advanced running shoe on the market,” says Dylan Somerset, New Balance’s global marketing manager for lifestyle. “It was a masterpiece of understated engineering and the first sneaker at a $100 price point – which ultimately redefined the trajectory of the athletic shoe industry.”

Over the various versions released over the decades, new technologies have been incorporated. “From the 990v2 incorporating ABZORB technology for the first time in the model series back in 1998, all the way to present day with the 990v6 utilising the brand’s FuelCell platform, the 990-model series continuously champions running innovation,” says senior designer Seth Maxwell. “Pushing the boundaries of running technology is very much in the core DNA of the 990 franchise.” 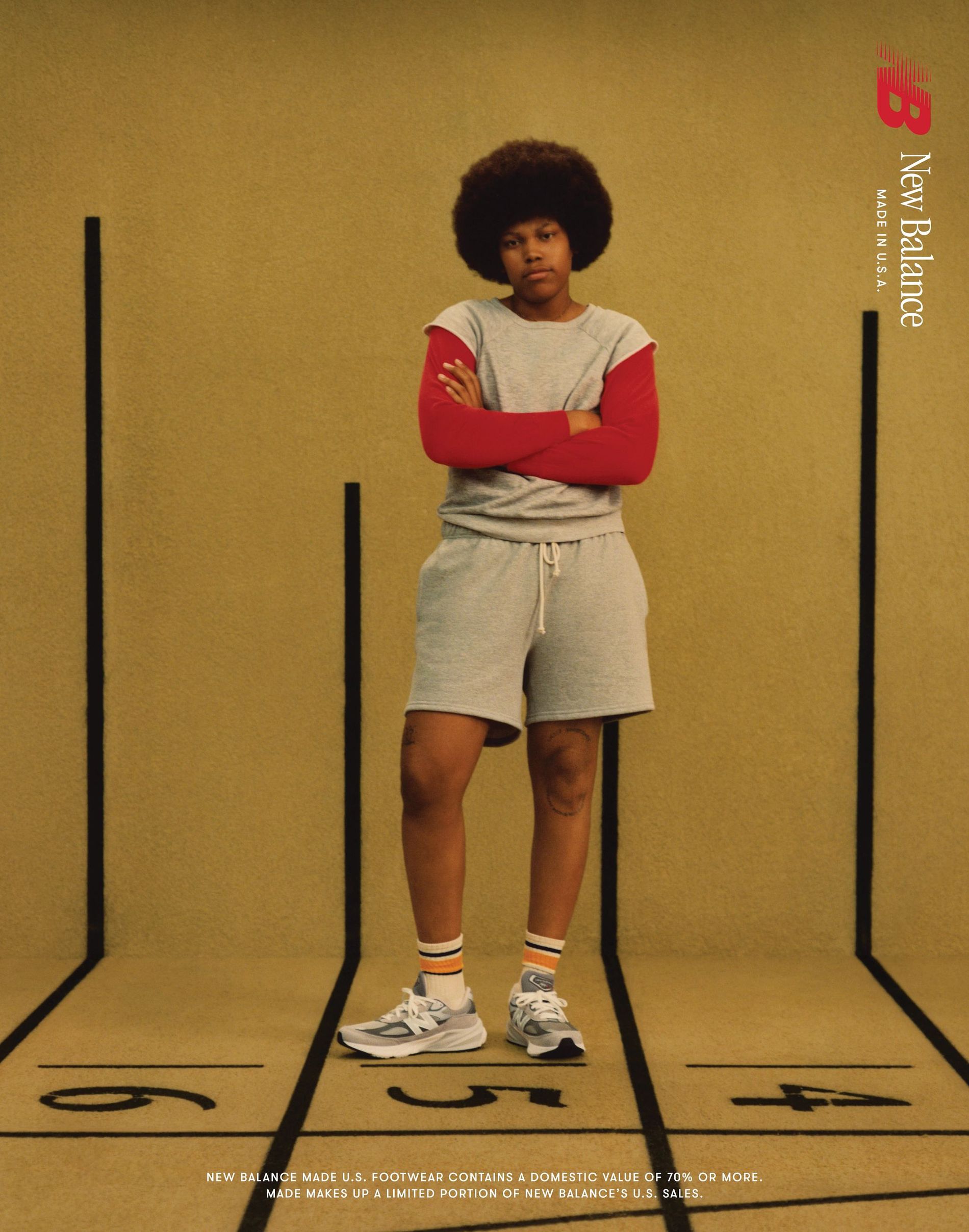 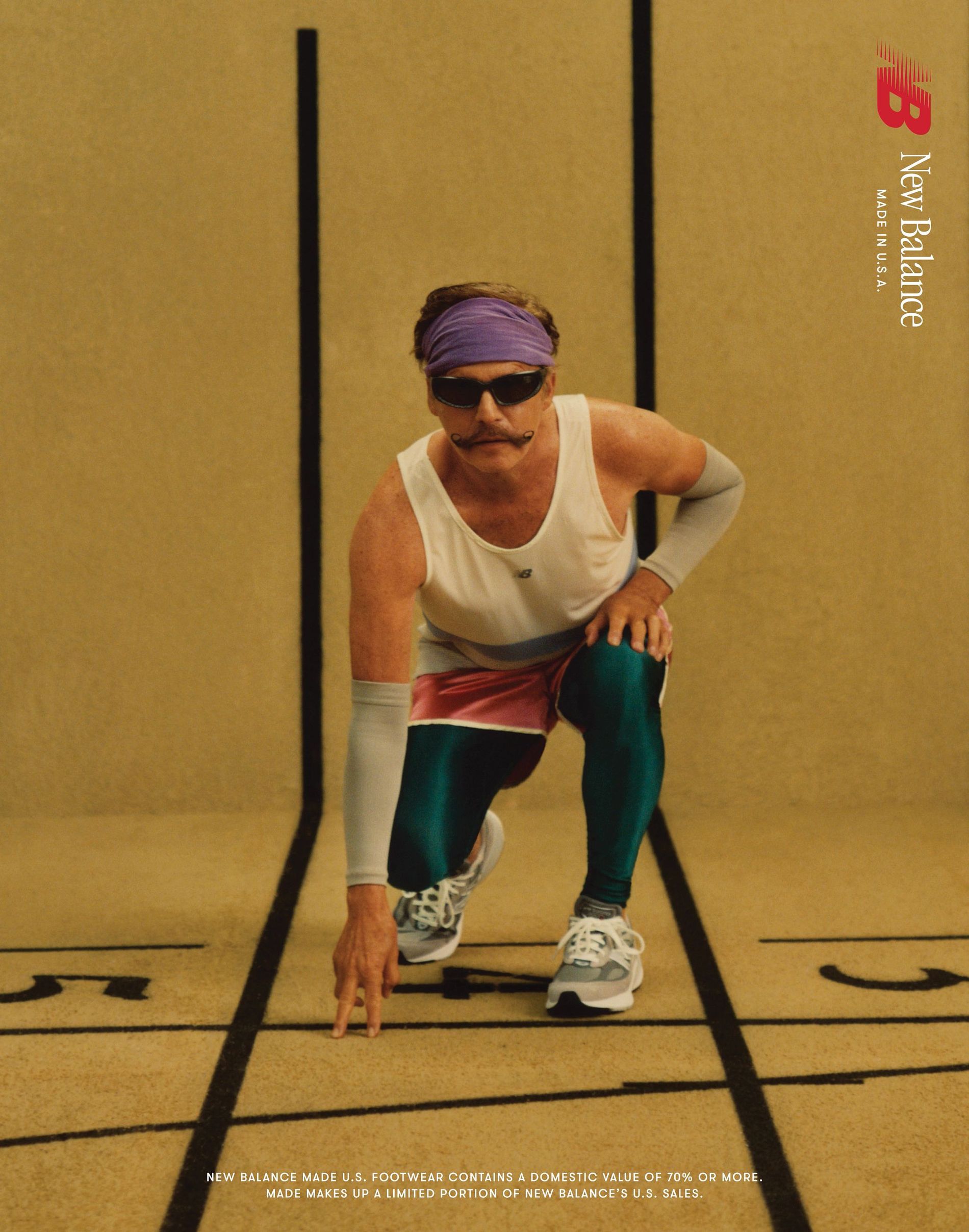 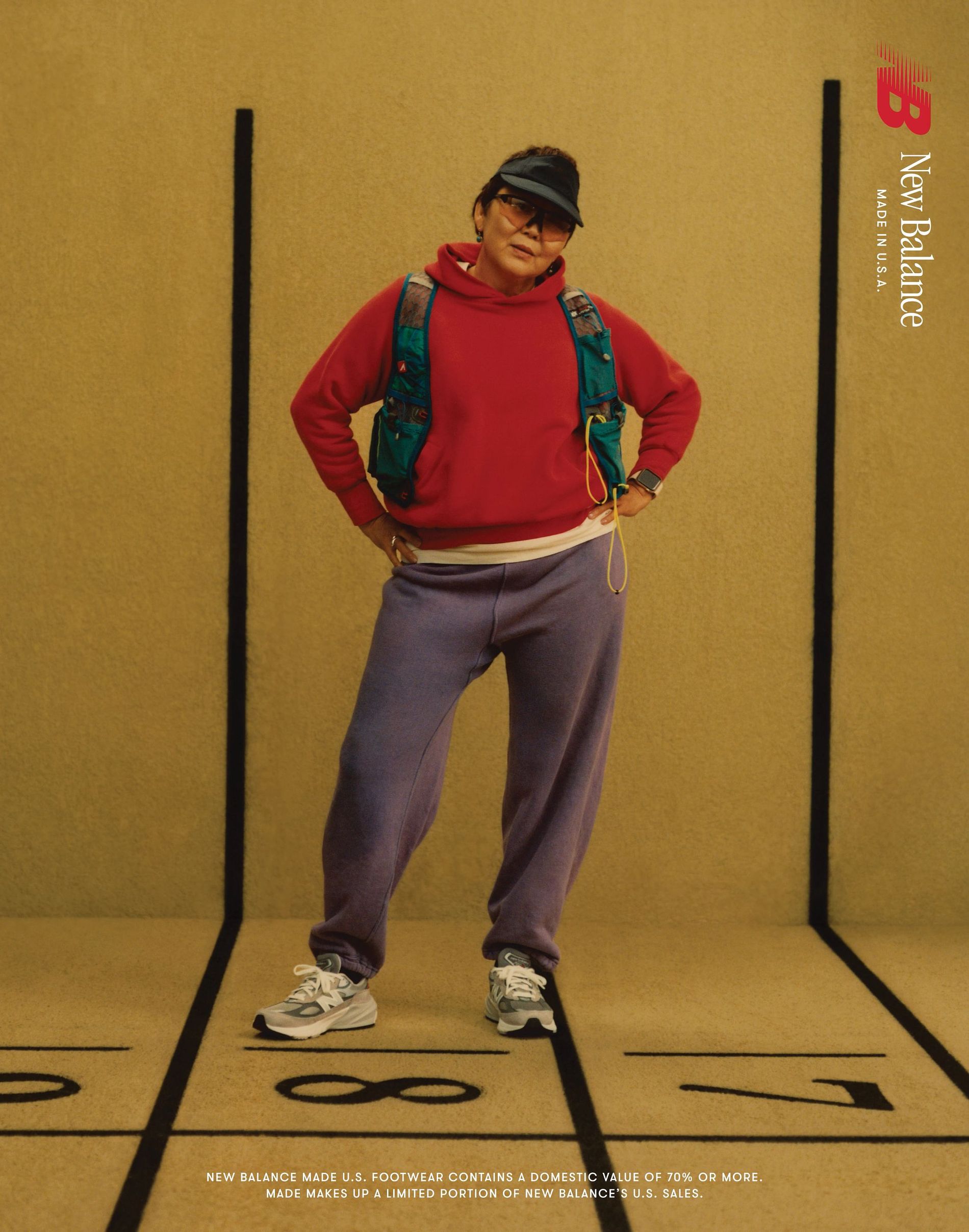 The 990v6 is a continuation of the brand’s signature 990 series, not a deviation. The same focus, attention, quality, craftsmanship that has been at the heart of its predecessors is still very much core to the 990v6. “The team working on the 990 franchise is constantly exploring the limits of the brand’s production capabilities and catalogues with every new learning,” says Maxwell. “The 990v6 incorporates many of these production learnings to achieve a look that is new for the series.”

Using clever assembly methods explored in each version of the design, the sixth version is able to move away from a traditional saddle construction without compromising midfoot support, “bringing a new visual unseen in prior 990 iterations,” according to Maxwell. While the streamlined look of the shoe may be new, the heart has stayed the same. As Somerset explains, “It’s our pinnacle offering within the category and it has a timeless, utilitarian design that’s wearable for anyone.” 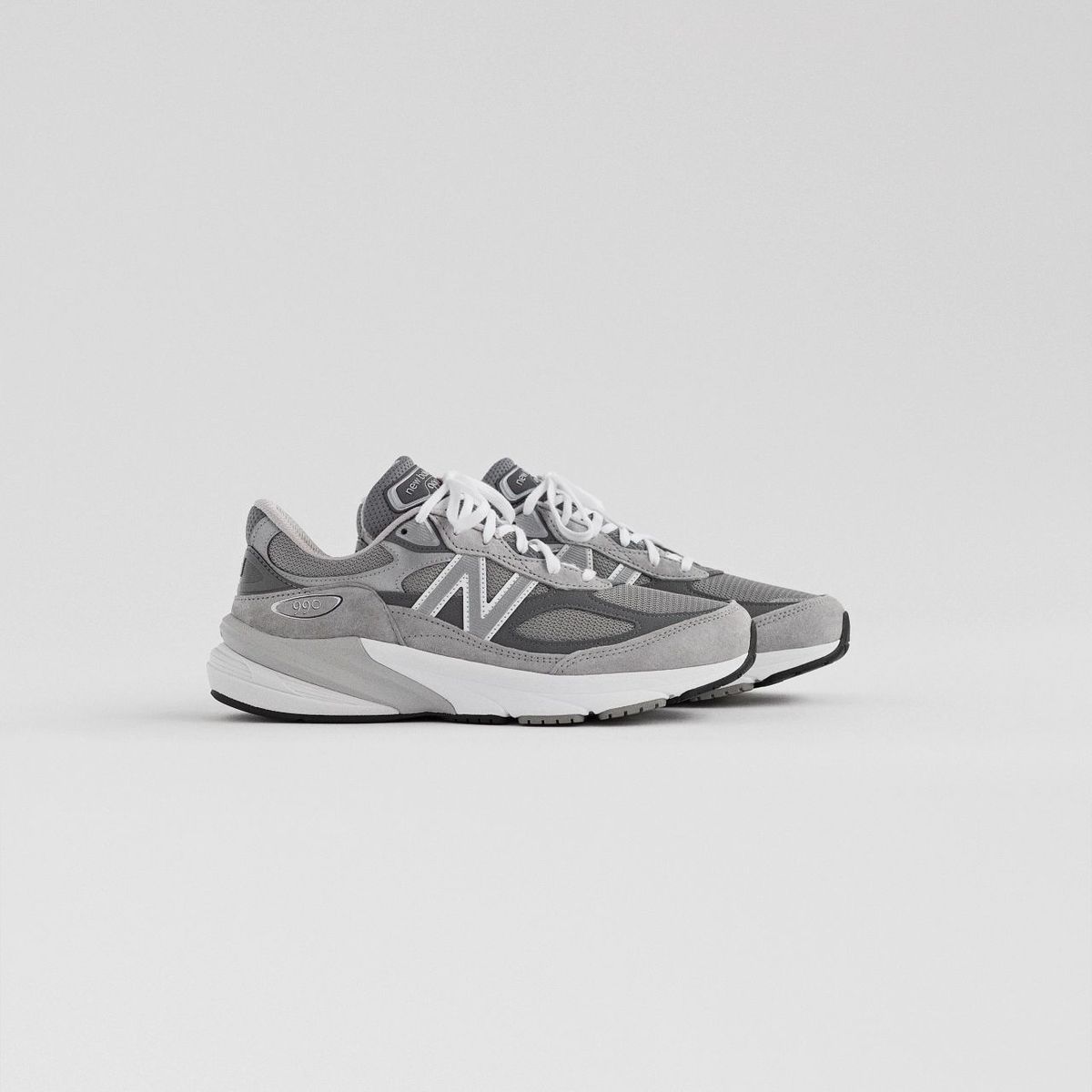 The ‘Runners aren’t normal’ campaign was unique because the message is an uncomplicated democratisation of performance running.Dylan Somerset

Celebrating the 40th anniversary of the 990, Somerset points out the style has “truly taken on a life of its own.” Honouring its athletic origins, New Balance is reinterpreting the original campaign – with the evocative slogan “runners aren’t normal” – through a modern lens with a new, diverse cast. “Although the 990 was the most premium offering in the ‘80s, there were several silhouettes in our product line designed for different purposes under the premise that New Balance had ‘a shoe for every runner,’” as Somerset explains. “The ‘Runners aren’t normal’ campaign was unique because the message is an uncomplicated democratisation of performance running. There is no one, single definition of a runner. I think that’s still just as relevant today.” 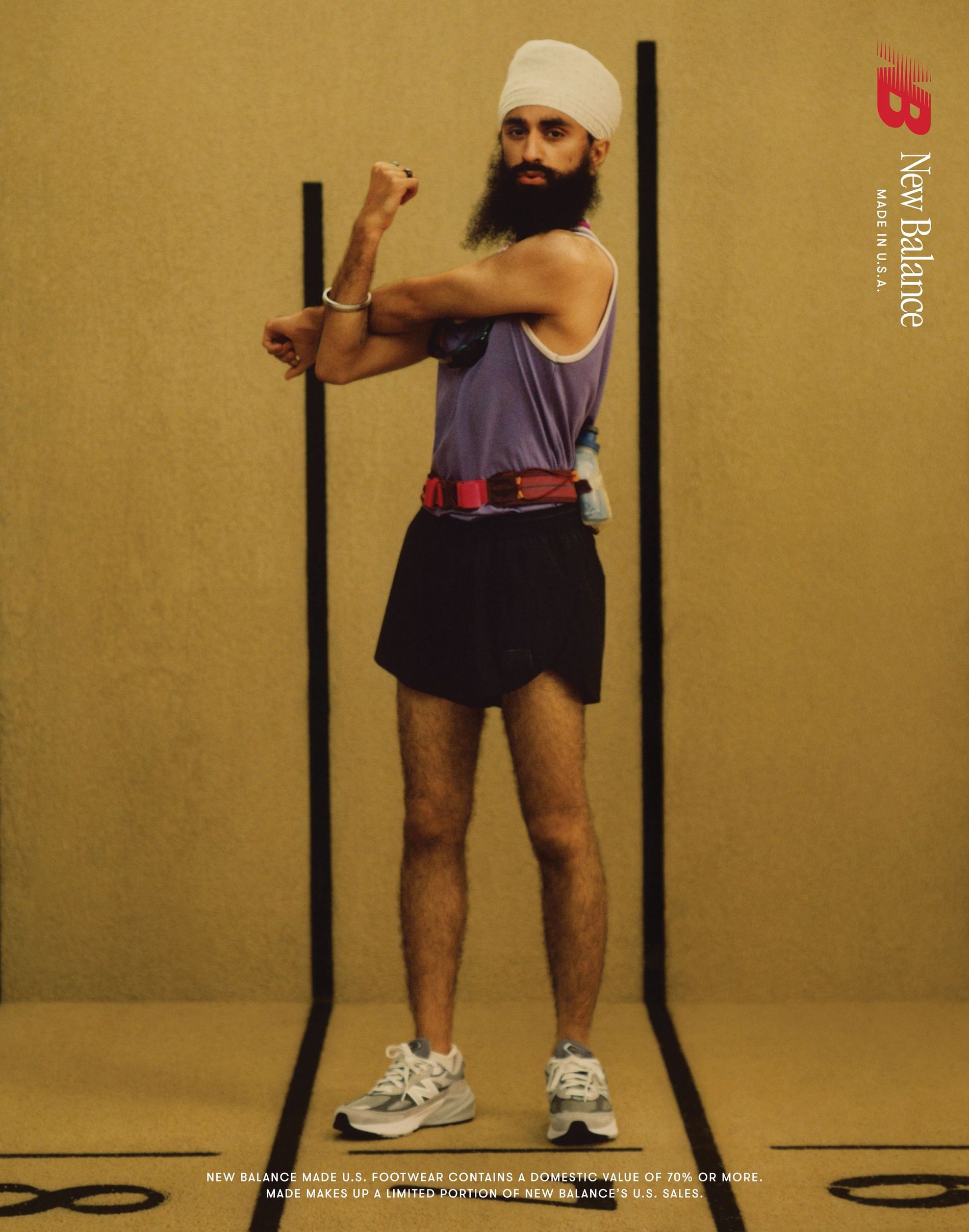 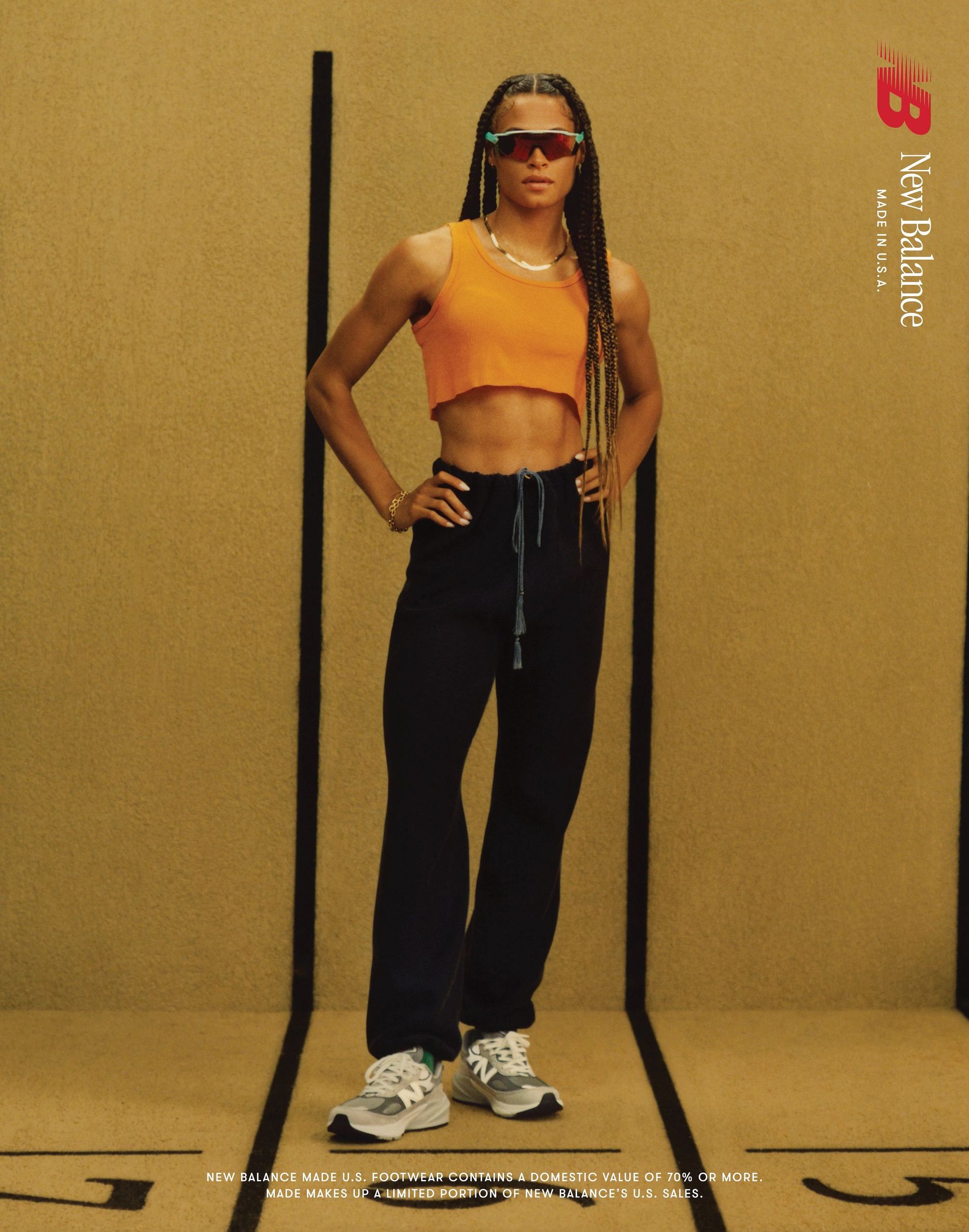 Yet beyond its innovative sportswear background and design, the 990 sneaker has surpassed being considered a mere running shoe to become a must-have staple in the most sartorially savvy wardrobes – the 990 model has always sat exactly in the middle of the bridge between performance and lifestyle. A fast favourite in the off-duty wardrobes of supermodels Elsa Hosk and Kaia Gerber, the 990s have also become a certified street style staple at Copenhagen Fashion Week.

And as they launch the new generation of 990 sneakers, New Balance’s now iconic functional silhouette, signature 'N' logo and sporty aesthetic fastens its grip on the Scandinavian fashion set. By harnessing the brand’s rich history, retro-appeal and industry-leading functionality, this sneaker truly is the only staple we need in our ever growing shoe-drobe: a gorgeously grey must-have that we can’t wait to sport this coming spring.