"Your support on raising the awareness of war, buying goods made in Ukraine, supporting Ukrainian volunteers and army, and informing at all scales are the steps needed as air," said Ukrainian brand Kachorovska

There are plenty of designers taking Ukrainian clothing beyond the popular vyshyvanka. Last year, working with the USAID Competitive Economy Program, Jen Sidary, a global fashion brand strategist based in New York, and Alina Bayramova, a marketing director from Kyiv, invited Ukrainian design talents to show their work in New York during Fashion Week. For autumn/winter 2022 the number of participants was six, up by two from the previous season.

While the fashion flock has moved on to Milan, these designers’ collections remain in residence at Archetype Showroom, available to buyers and editors. Pieces like a fringed yellow coat, comfy knits, a jacket made from upcycled jeans pockets, corset dresses, flowery frocks, and chartreuse work boots exude hope and a belief in a future that looks much less certain after Russia’s invasion of Ukraine.

At the same time that tears were shed in the showroom, there was a renewed sense of purpose and pride. In New York, Sidary and Bayramova emphasised the importance of supporting Ukrainian brands during the crisis. That sentiment was echoed in an Instagram post from the Ukrainian capital by Kachorovska, one of the brands represented in New York, that read: “Despite everything, we stay focused and continue living our lives. We need your support now more than ever. We call on the world community to continue communication with Ukraine at all possible levels. Your support on raising the awareness of war, buying goods made in Ukraine, supporting Ukrainian volunteers and army, and informing at all scales are the steps needed as air.”

Below, meet the six Ukrainian brands supported by the USAID Competitive Economy Program.

Born in Belarus, Anastasiya Rozova studied fashion design at Vitebsk State Technological University, graduating in 2015. She joined Chereshnivska the following year and became co-owner in 2017. Denim, and white shirts with interesting cuts and/or prints take wardrobe basics in new, and responsible, directions. The company aims to have half of its production made using recycled materials by 2024; the AW22 line-up includes pieces made of military parachute silk. 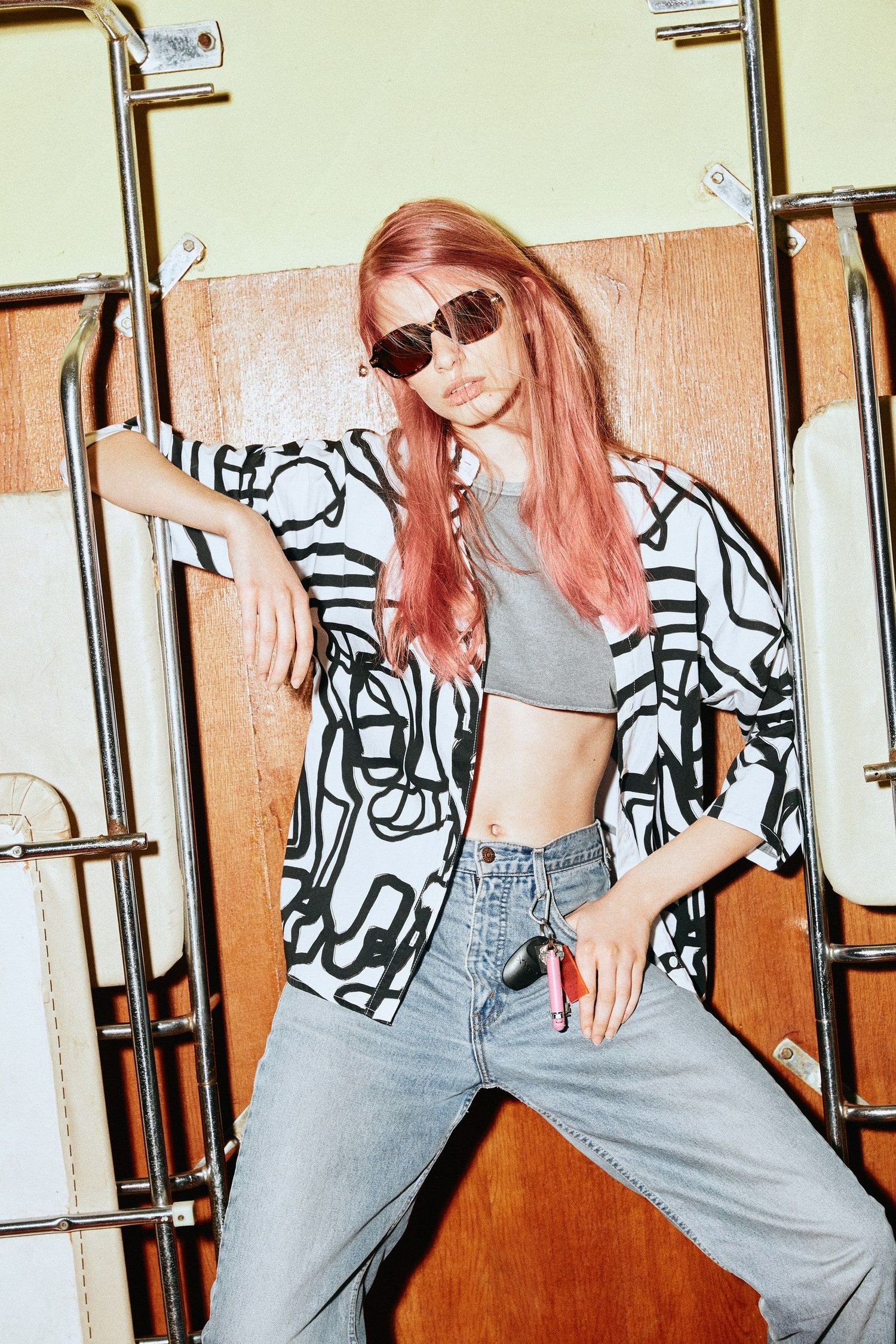 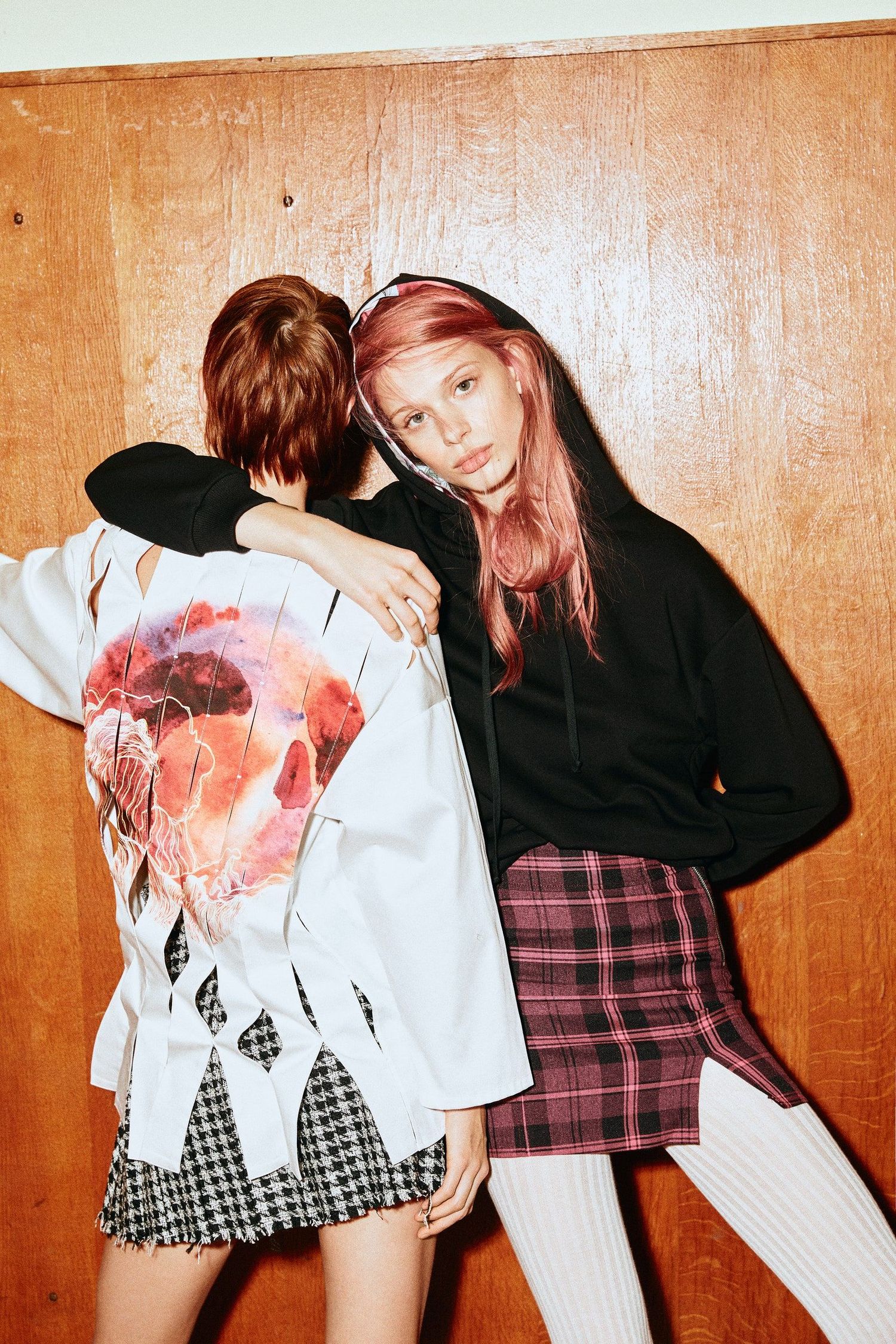 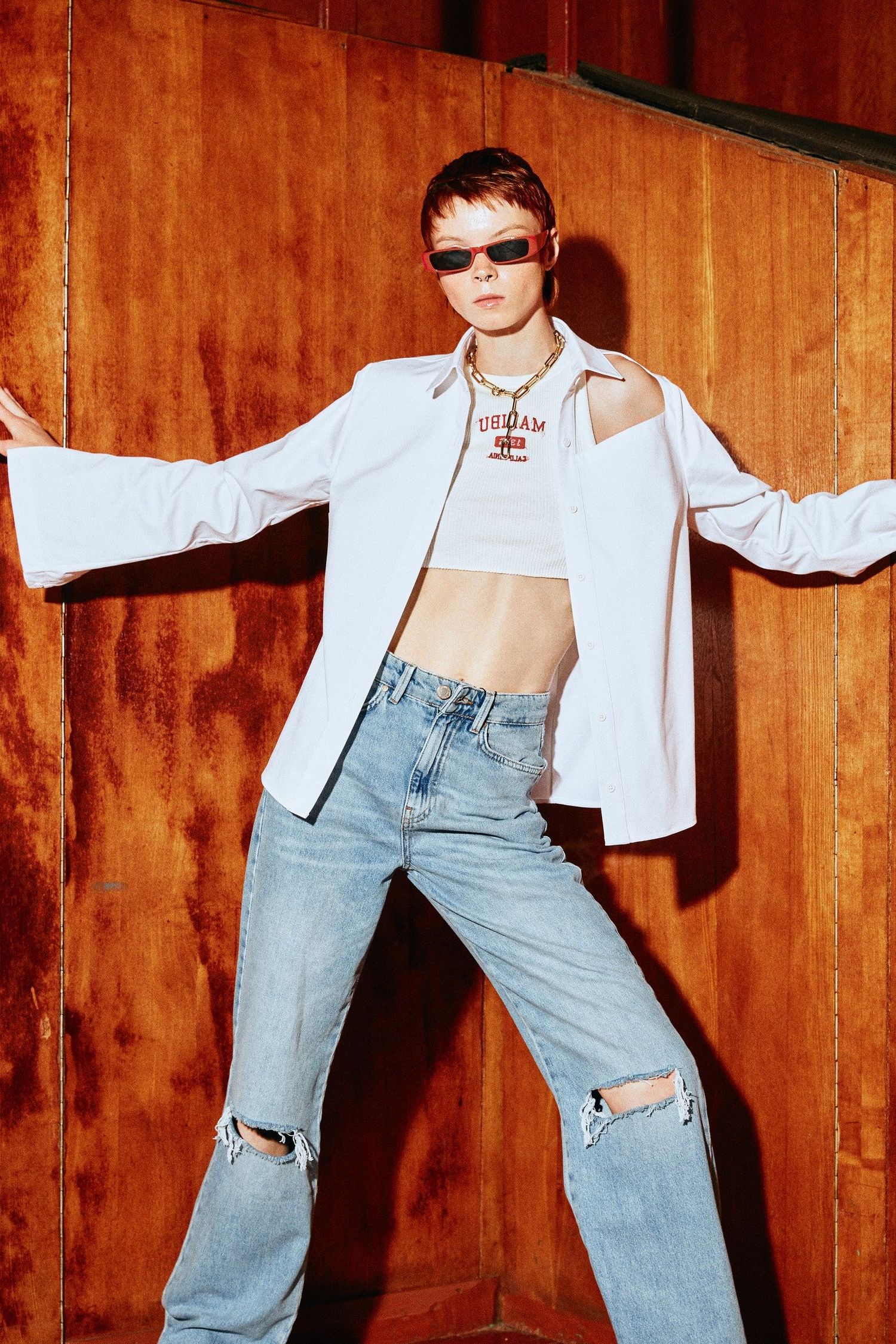 Elena Burenina was working as a designer for several years before she enrolled at Central Saint Martins in 2009. Her designs tend toward the clean-lined and minimal, to which she often adds unexpected details, like a structured coat with delicate fringe, or fabric hands emerging from sleeves. 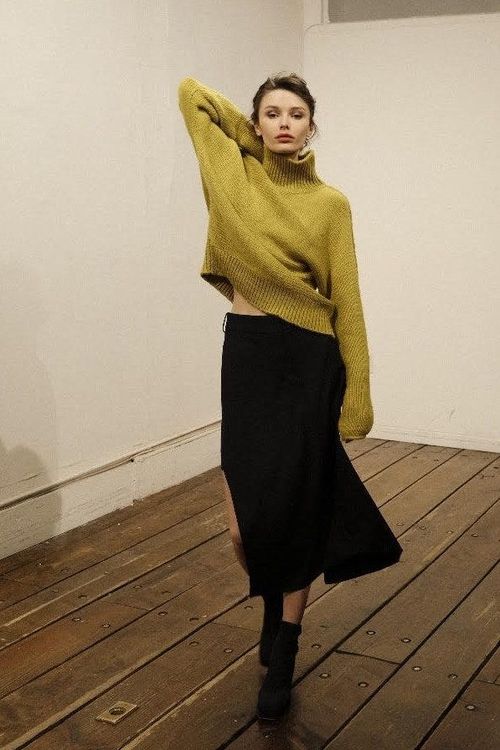 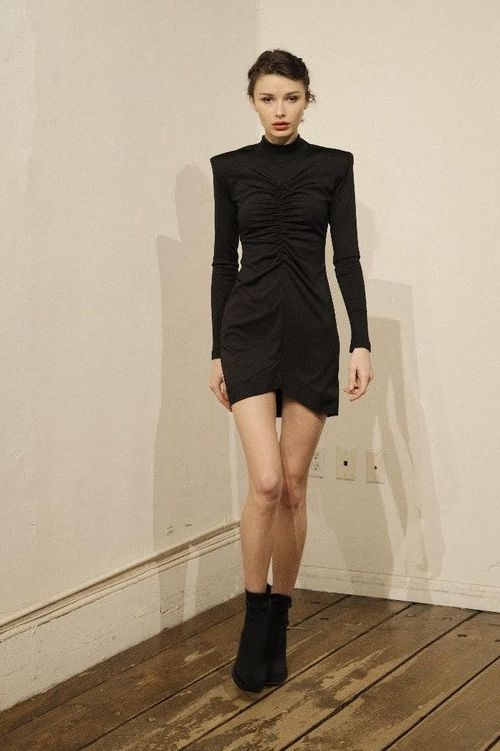 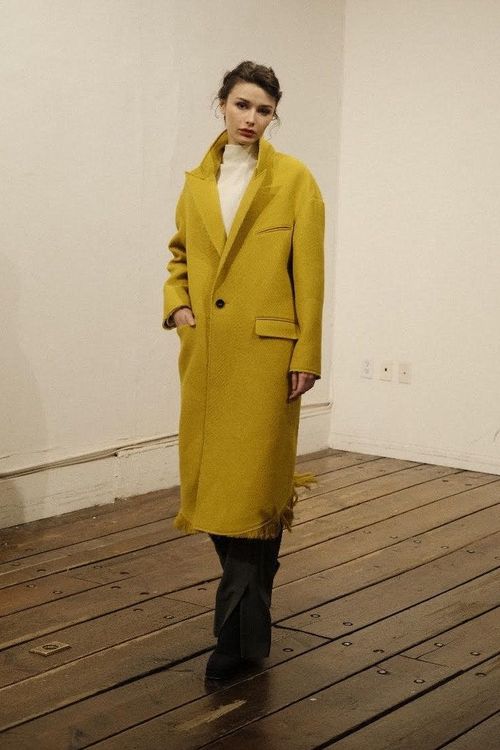 “Couture-to-wear” is how Ivan Frolov describes his line of bedazzled and body-revealing designs. He founded Frolov in 2010, aged 19, while he was enrolled at Kyiv National University of Technology and Design, and styling on the side. He completed a PhD while teaching at university, without abandoning his brand. He uses Frolov as a platform for self-expression and activism, especially relating to gender equality and LGBTQ+ issues. 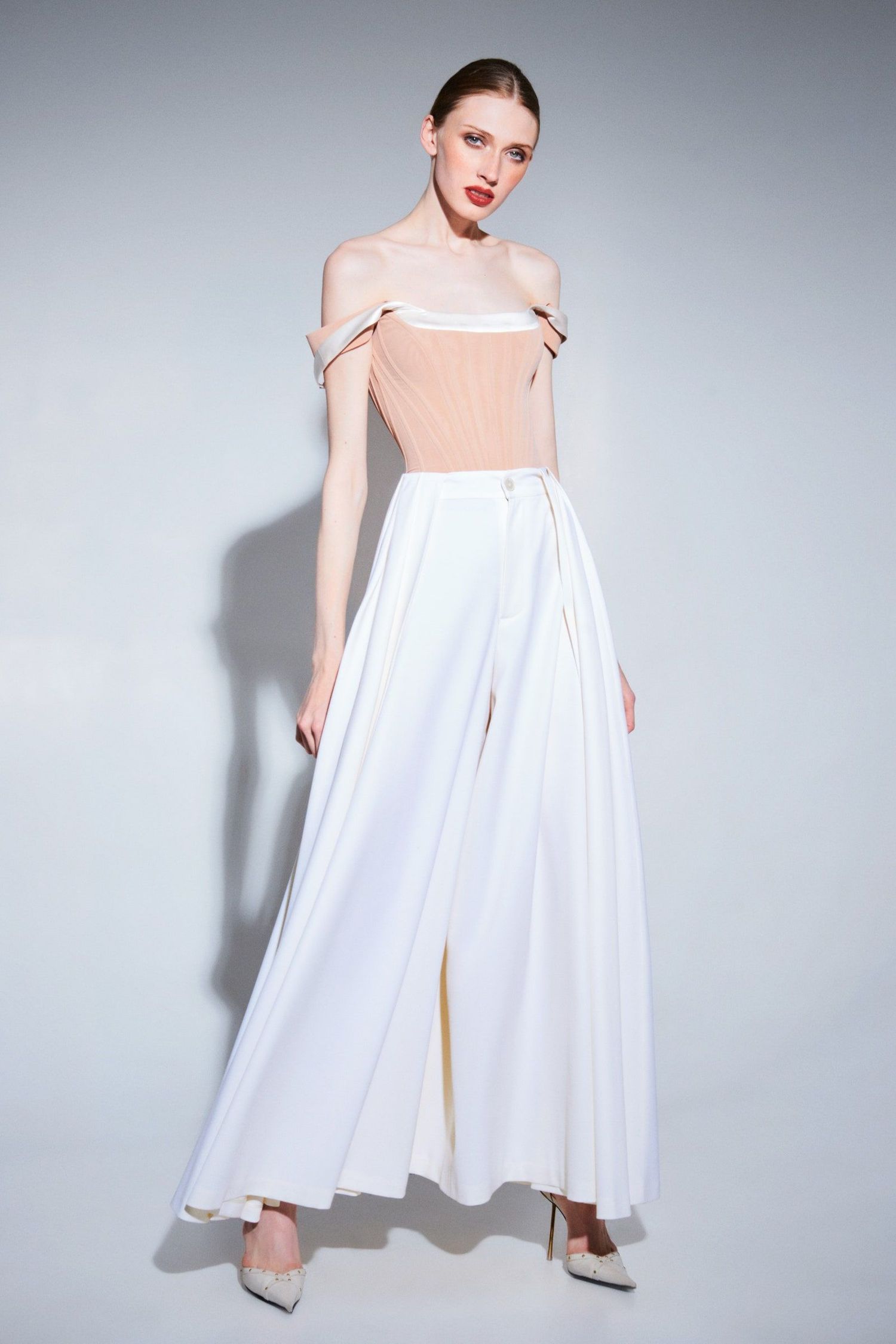 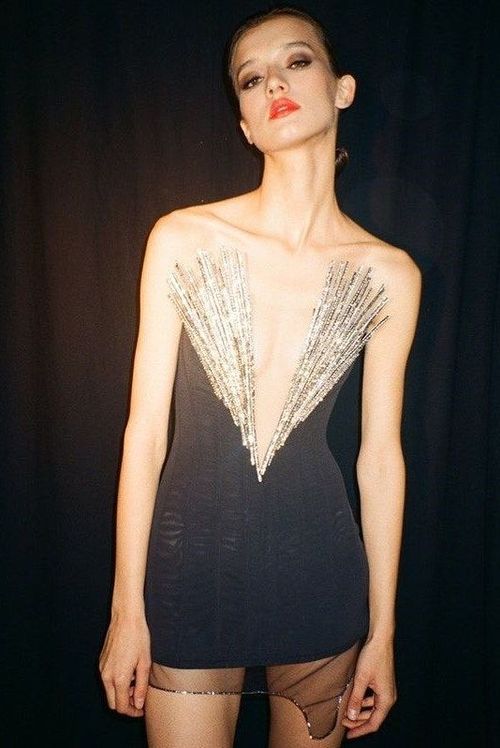 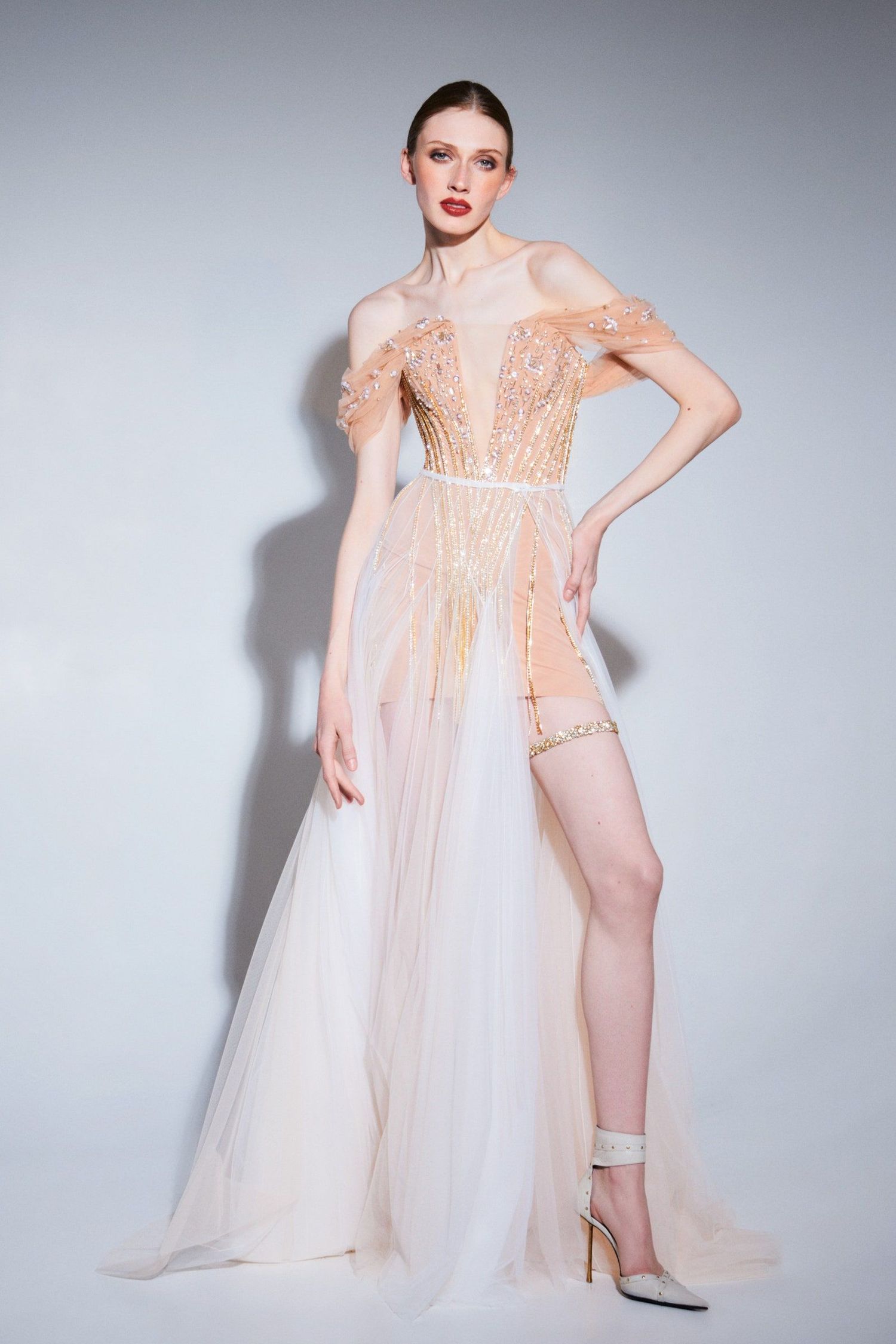 Kacho Group was founded in 1957 as an accessories manufacturer, and is now run by third generation co-owner and CEO, Alina Kachorovska. In 2015, the launched its own brand, Kachorovska, which is known for straightforward yet bold designs that play with colour and texture. 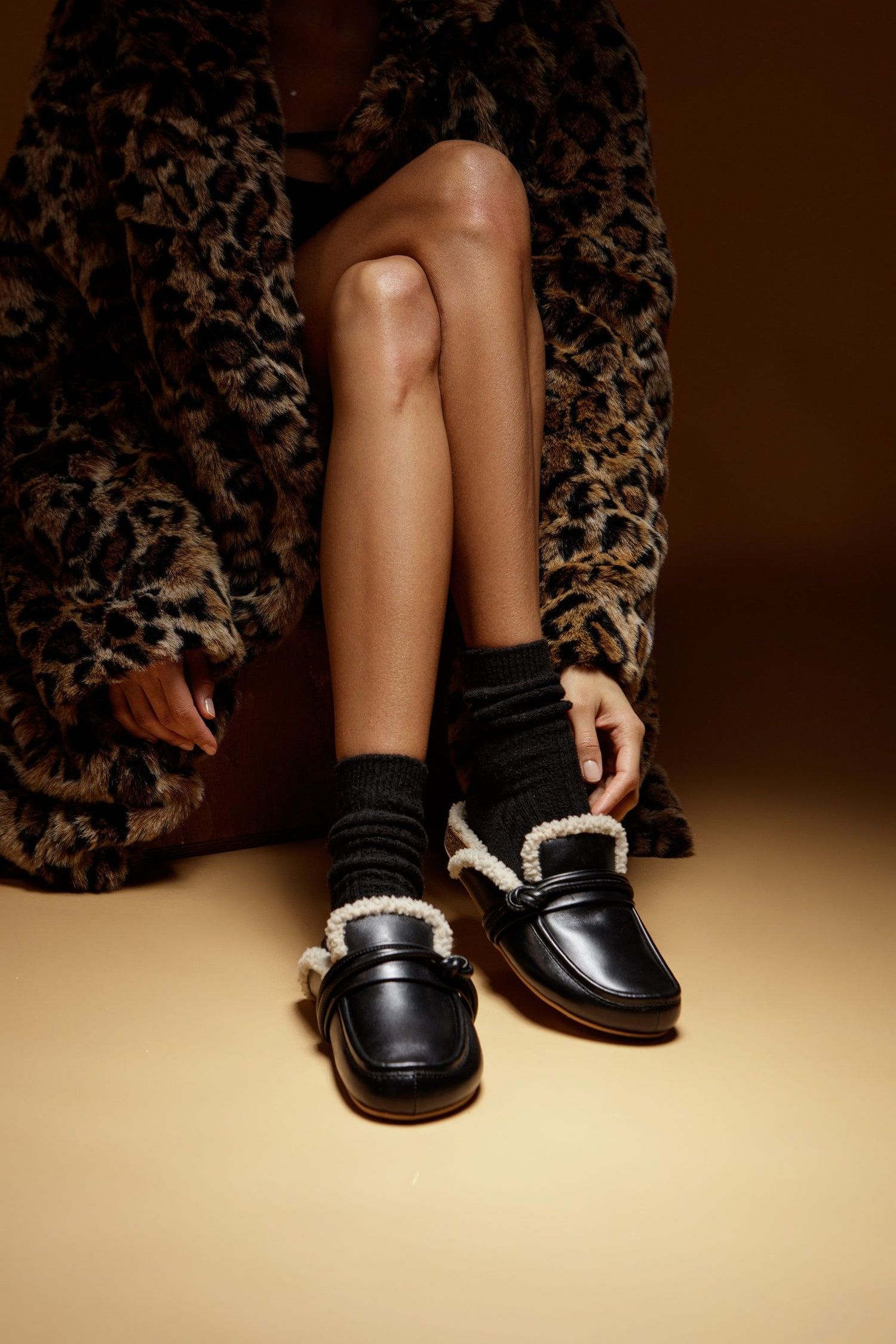 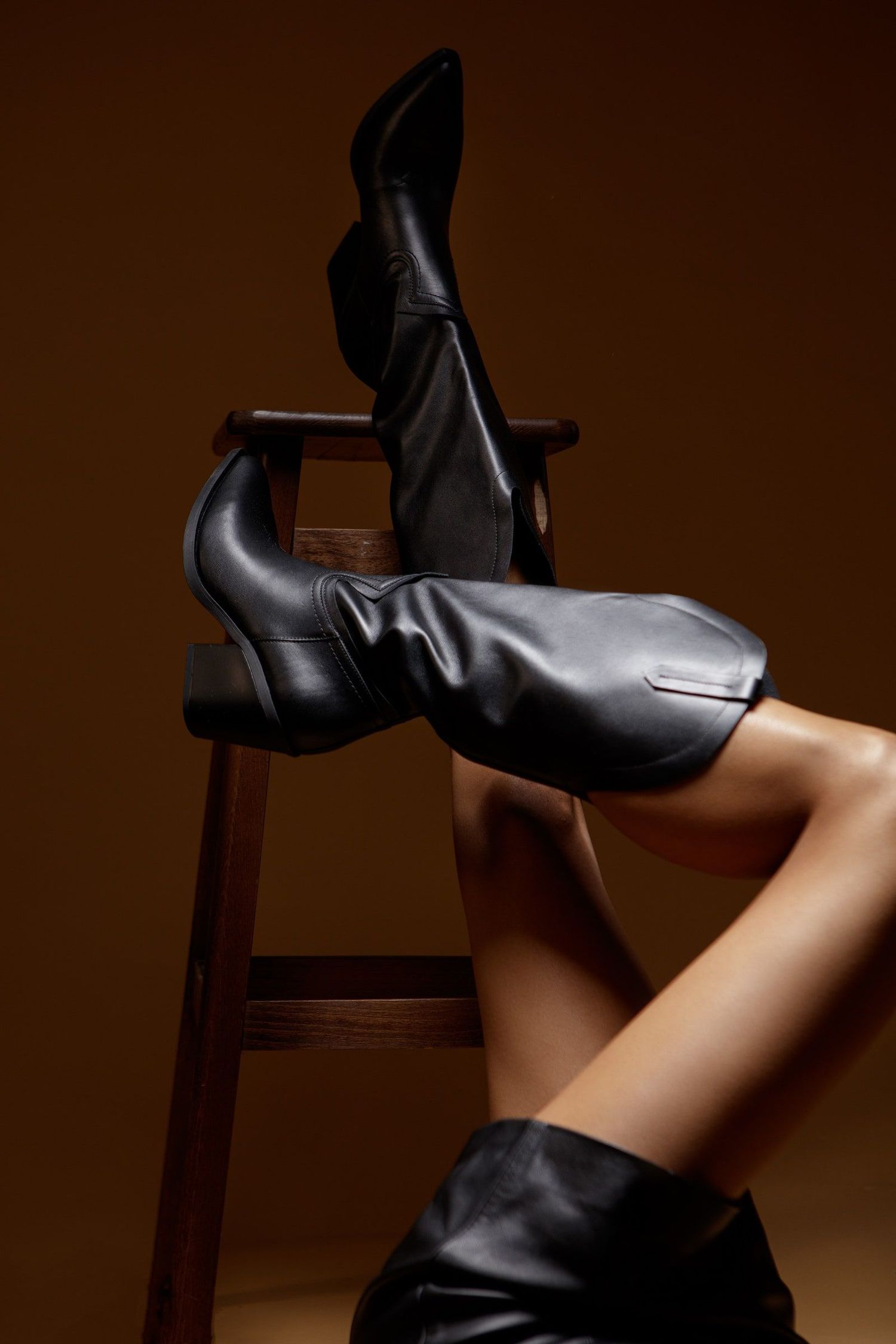 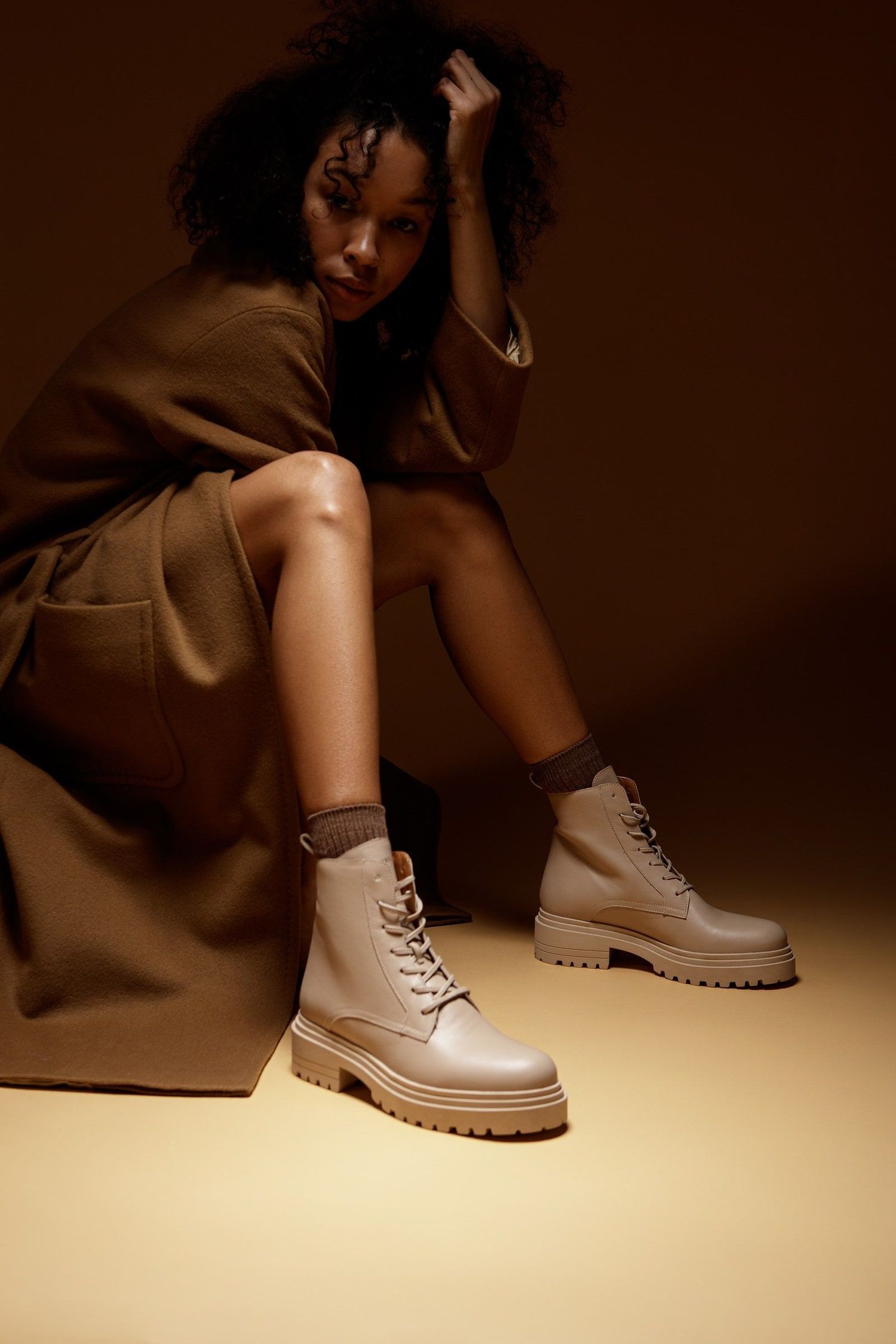 Known for its airy, feminine aesthetic, often achieved through a laser cutting technique, the brand was founded in 2010 by Julie Paskal, who has a definite penchant for tulle, hearts, and flowers. In 2014, the designer, a graduate of the Kyiv National University of Construction and Architecture, was invited to show at Pitti W and was a finalist for the 2014 LVMH Prize. Two years ago Paskal, a yogini, launched Aerobika Athleisure. 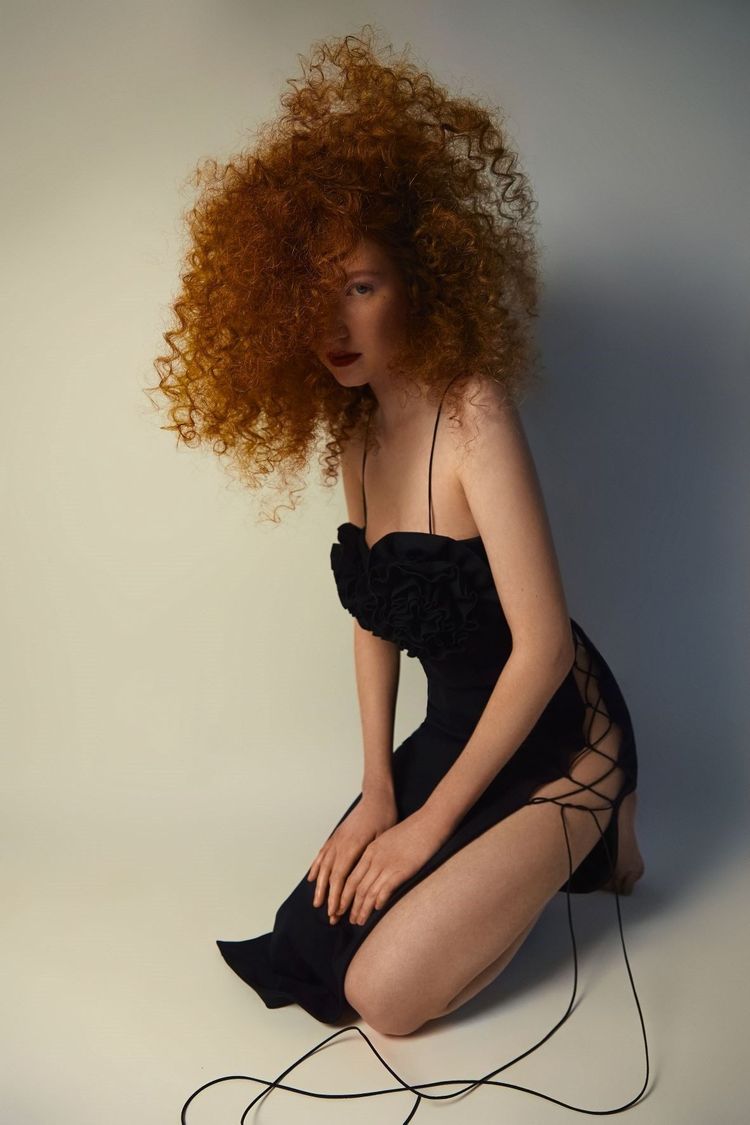 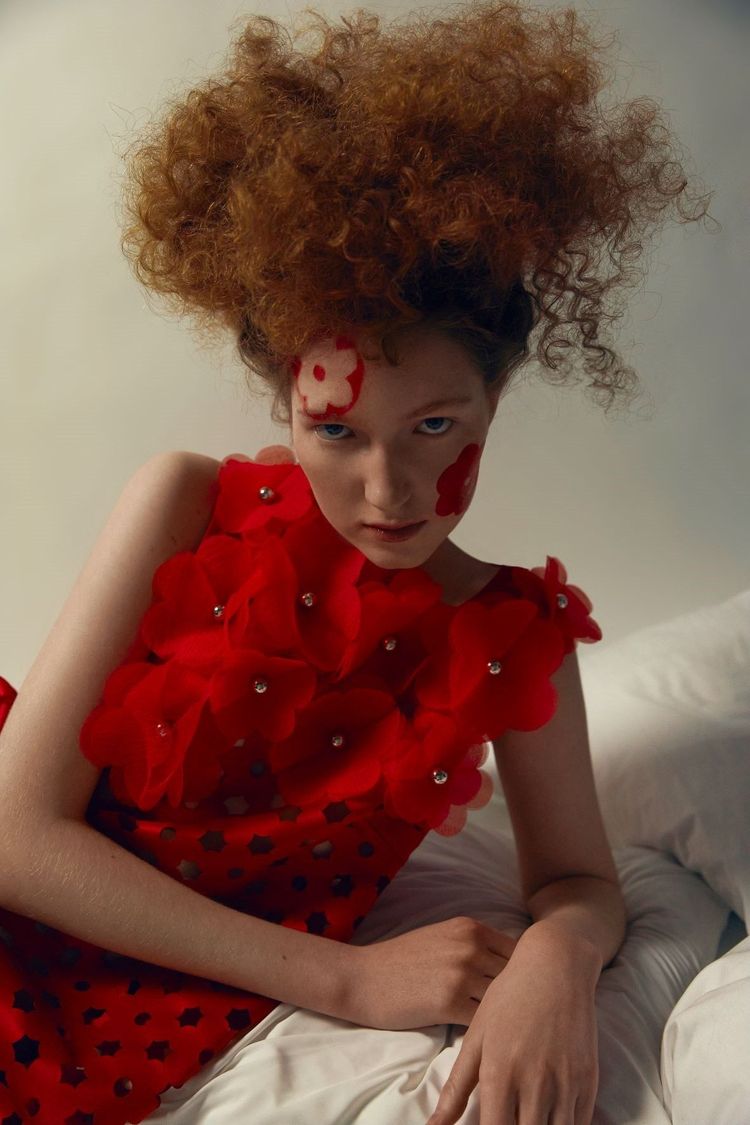 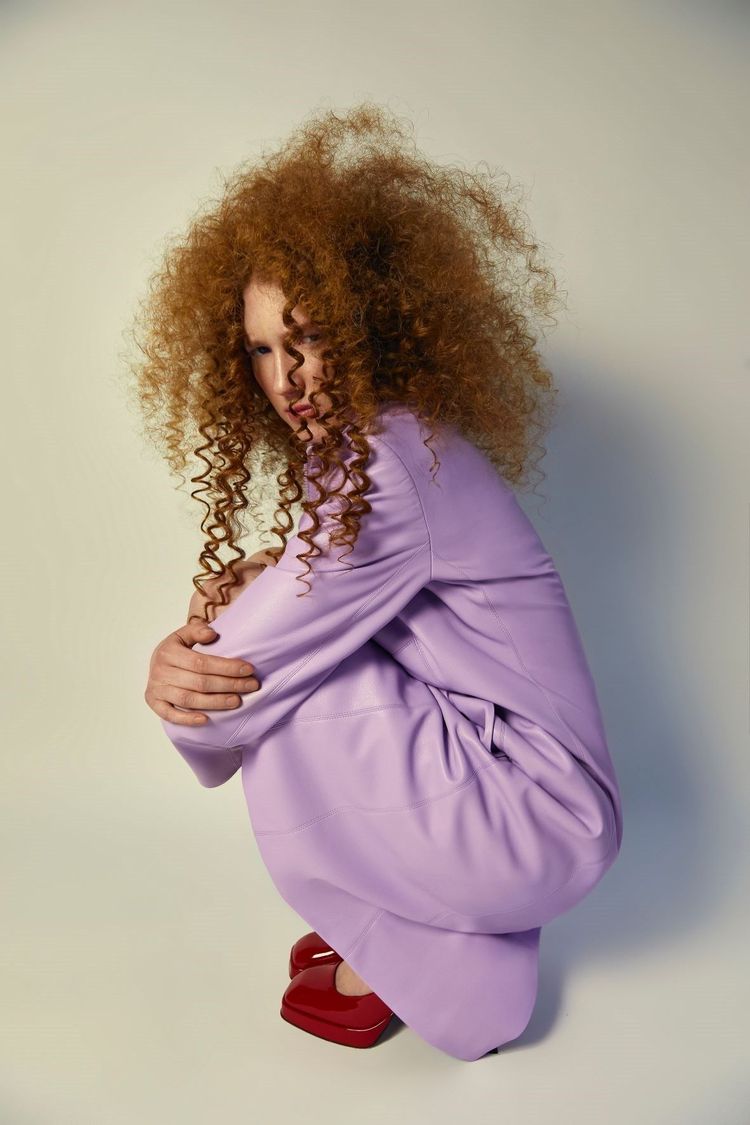 A graduate of Kyiv National Economic University, Tetiana Abramova is the CEO and founder of two brands, Rito (launched in 1991), and its offshoot 91Lab (established in 2018). The latter is more fashion-forward, yet modest. One of the highlights of its fall 2022 collection is an ivory sweater with blown-up cables and fringe. 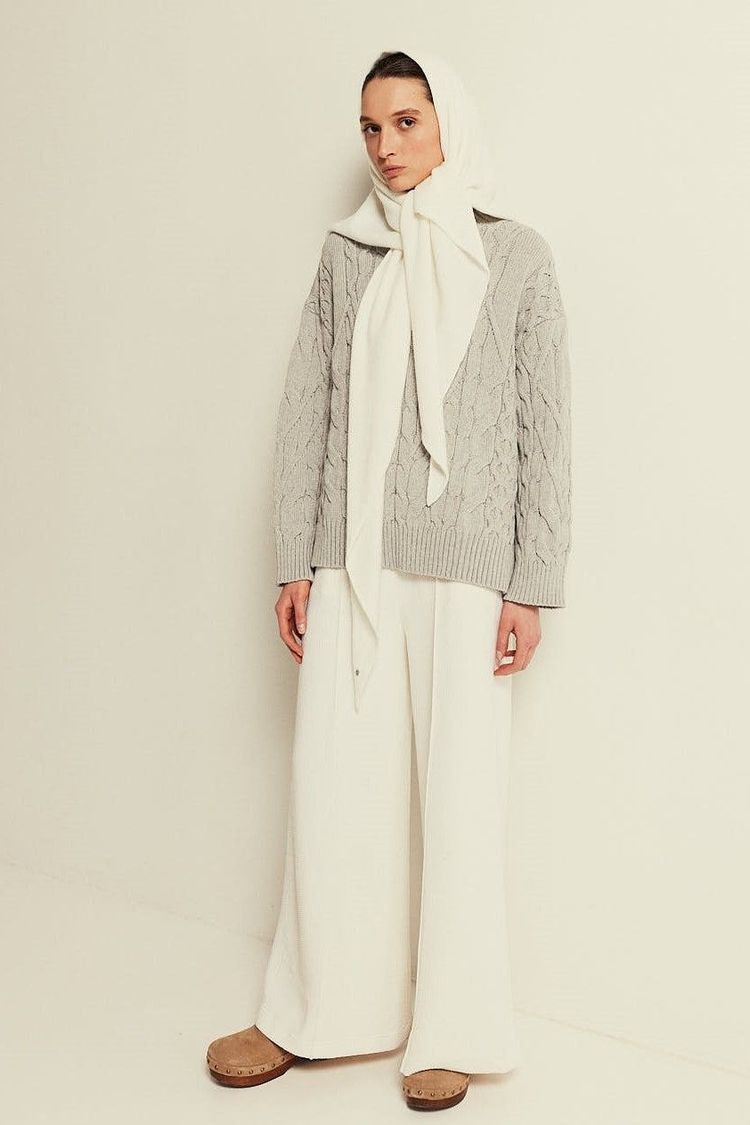 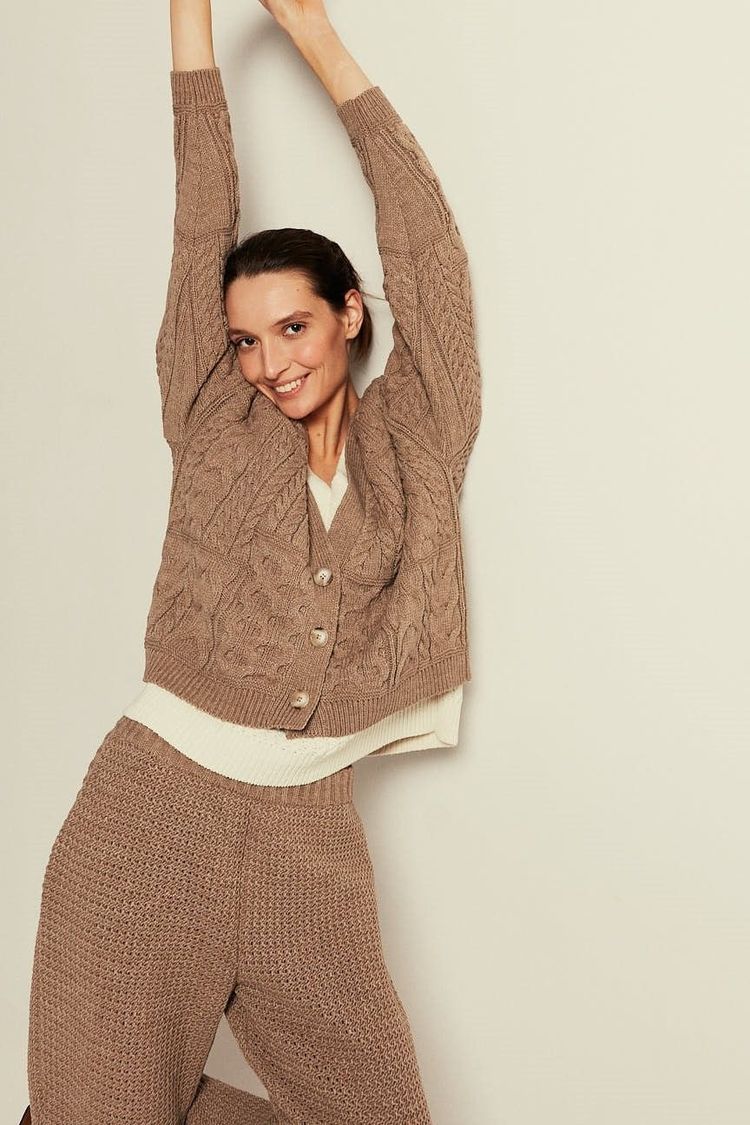 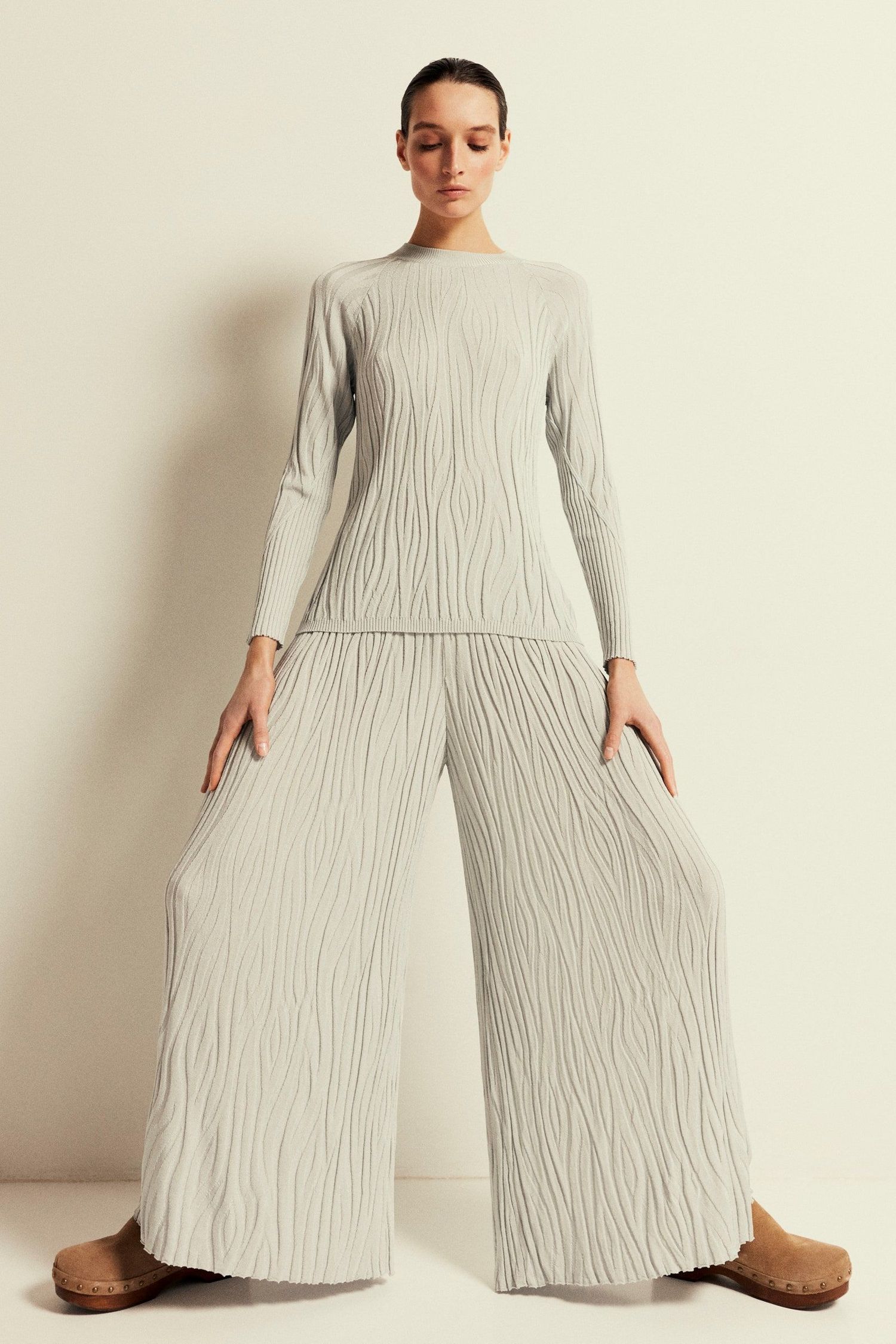