Baum und Pferdgarten has redefined the meaning of Scandi style, here they share an exclusive preview of SS22 for Vogue Scandinavia

Since Helle Hestehave and Rikke Baumgarten founded Baum und Pferdgarten in Copenhagen at the end of the nineties, the fashion house has gone on to disrupt not just the local, but the international fashion industry. We caught up with the founders, Rikke Baumgarten and Helle Hestehave, just before Copenhagen Fashion Week to discuss how their Danish heritage influences their collections and how, even amid a pandemic, freedom can be achieved through fashion.

Not long after Baumgarten and Hestehave met at the well-known Danish Design School in Copenhagen, it became clear that they wanted to work together. “There weren’t that many fashion labels at that time and the ones that did exist didn’t match our vision,” says Hestehave. “There was a recognisable divide within the direction of Danish fashion brands at the time: you either were creating super minimalistic designs or bright and bohemian pieces. We were much more into form, suiting and pattern making. Something completely different.”

Soon, it was clear they’d hit on a seriously successful idea by catering for independent, creative women who needed clothes to suit their lifestyles. Now sold in more than 20 countries, Baum und Pferdgarten appeals to women across the world. “There are people who like to dress super sexy and others dress more relaxed but the truth is that there is a large group of people that sits between these categories,” says Hestehave. “We design exactly within that space.” 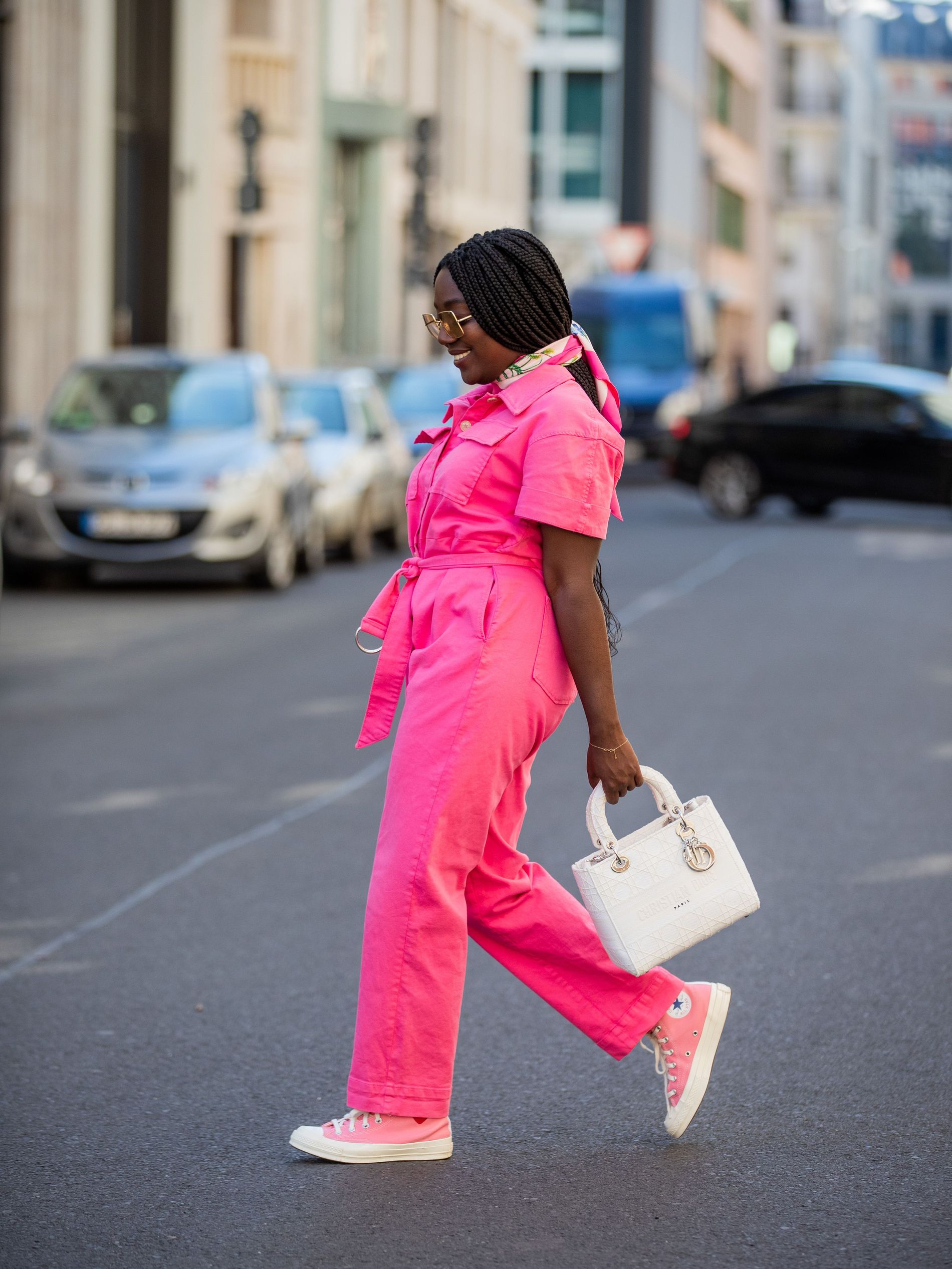 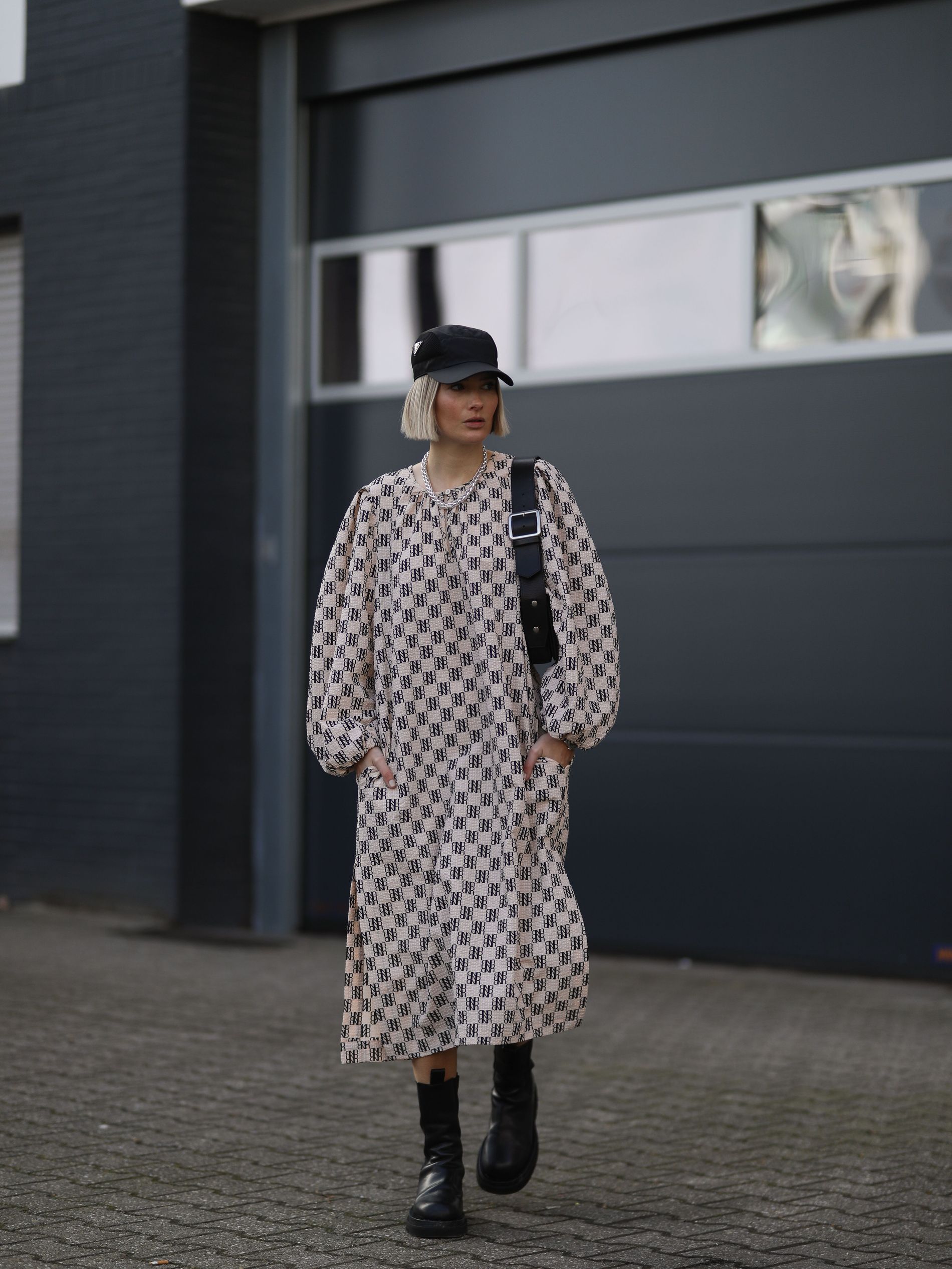 A distinctly Danish brand created by two Danish designers, heritage is the foundation of Baum und Pferdgarten’s style and vision. “We focus on the quality of textiles, the functionality of shapes – but it’s the details that matter for us,” says Baumgarten. “That vision comes from the Scandinavian heritage of quality design, whether in furniture or fashion. It’s all about creating classic pieces that will endure, but always with an unexpected twist.”

Another evidently Scandinavian aspect of Baum und Pferdgarten’s designs is their functionality. “When you look back at our design traditions, there exists this mantra that everything that is created should be functional – but always in a beautiful shape and with unexpected details to keep it interesting,” says Baumgarten. “This idea is a very Danish and Scandinavian thing.”

Hestehave agrees, adding that “this is in line with another aspect that's important to us and a lot of Scandinavian brands: wearability. We want our pieces to be an extension of oneself. That’s why we always keep different ways a garment can be styled in mind. It is very important for us that everyone can create their own look with our clothes.”

After a long period of virtual runway shows, Baumgarten and Hestehave will present their newest SS22 collection during Copenhagen Fashion Week. “It’s a big thing for us that we can be part of a fashion week in our own city,” says Baumgarten. “Because of the pandemic, we were literally stuck here, so we had to look for new inspiration. This forced us to look very closely at ourselves.”

The new collection is inspired by the work of the Finnish designer and architect, Alvar Aalto. “We analysed his work and broke its shapes down into wearable silhouettes, patterns, and prints,” says Hestehave. “It felt natural to us to use his incredible work as an inspiration because we love furniture design,” adds Baumgarten. “If we weren’t fashion designers, we definitely would have been part of the interiors world.” 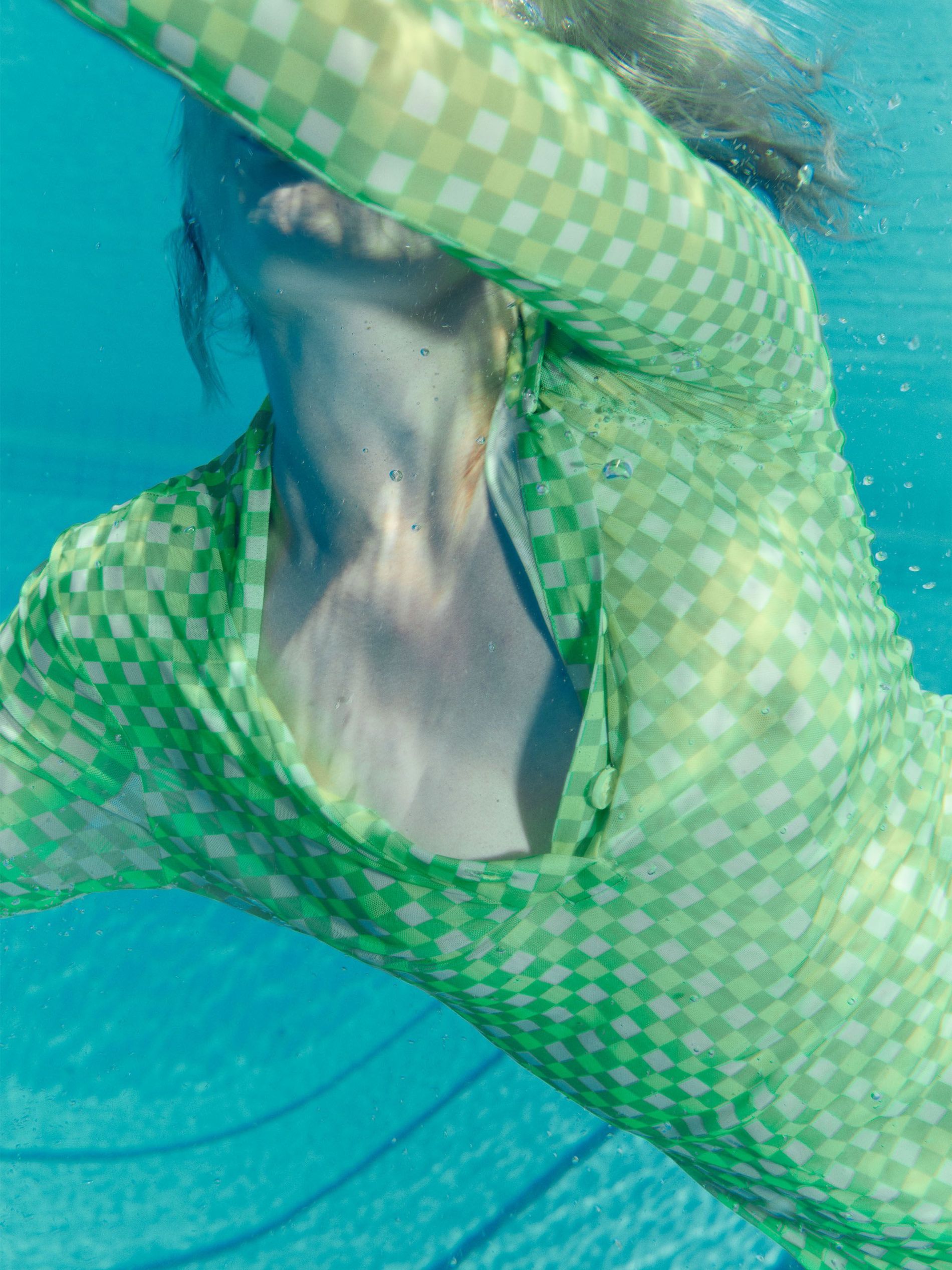 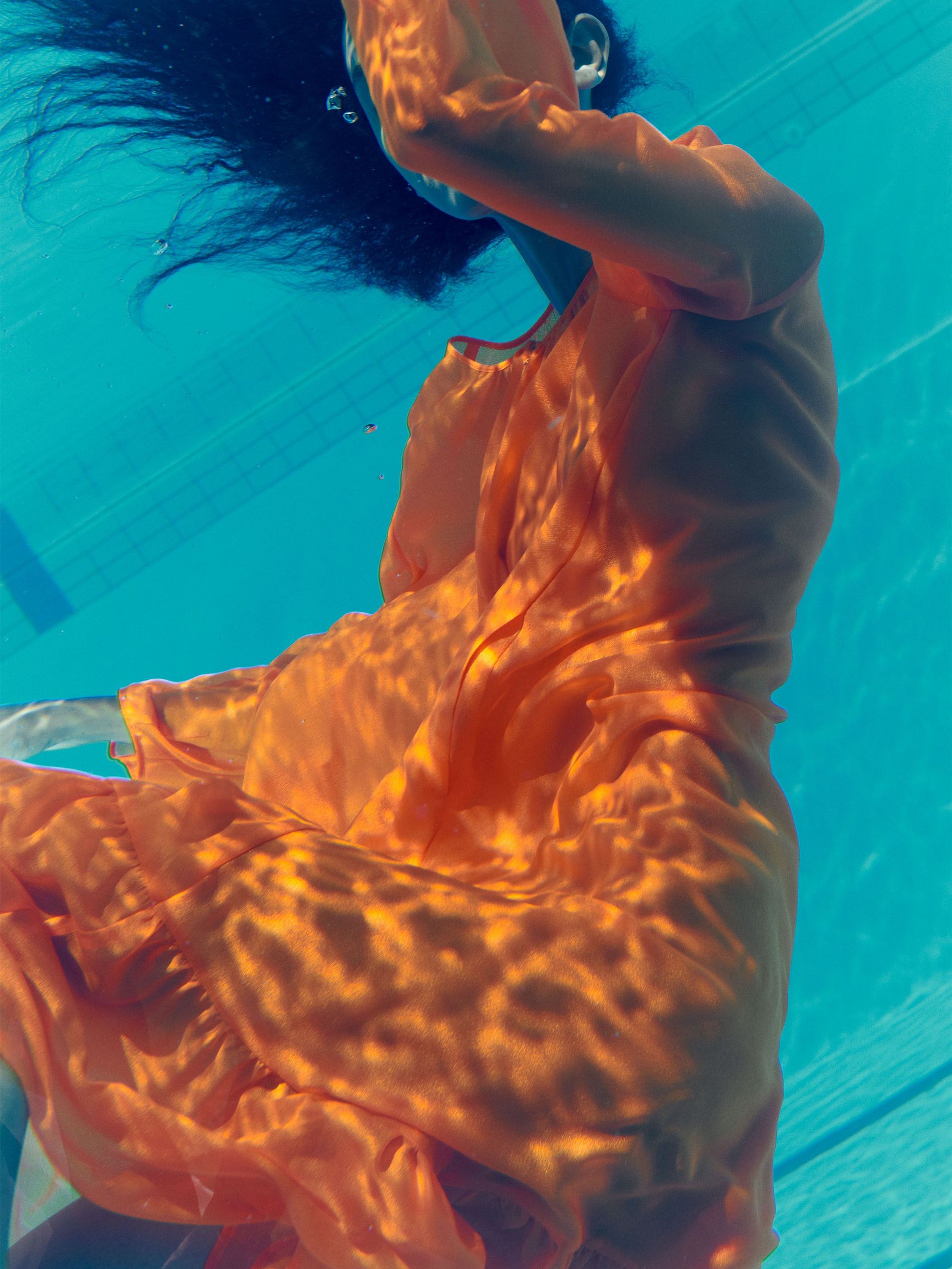 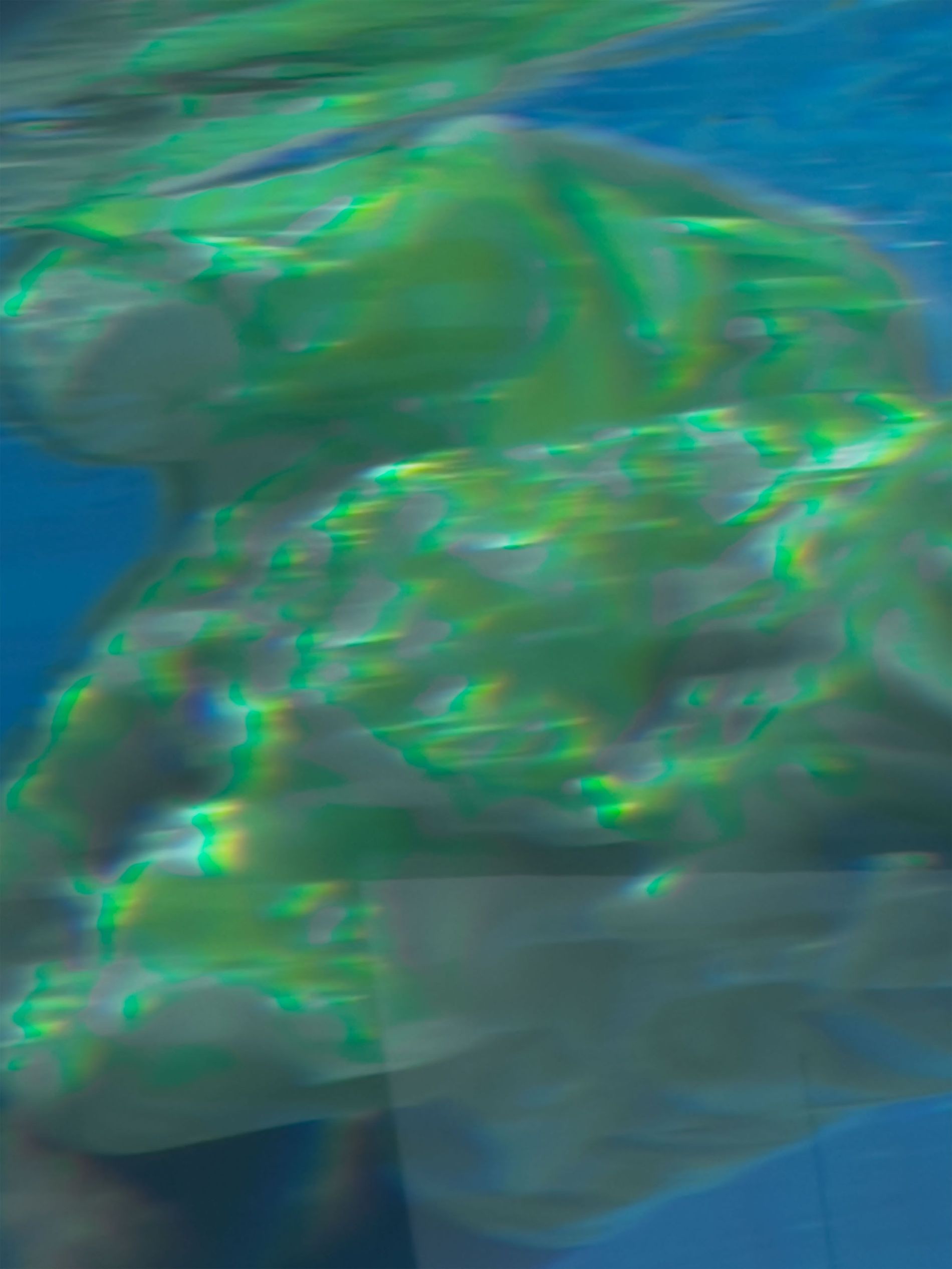 Although created entirely during lockdown, the new collection is a true testament to the inherent freedom and positivity of fashion. “We have experienced how important it is to live freely,” says Hestehave, with Baumgarten adding: “In our clothes, the wearer creates their own freedom.”